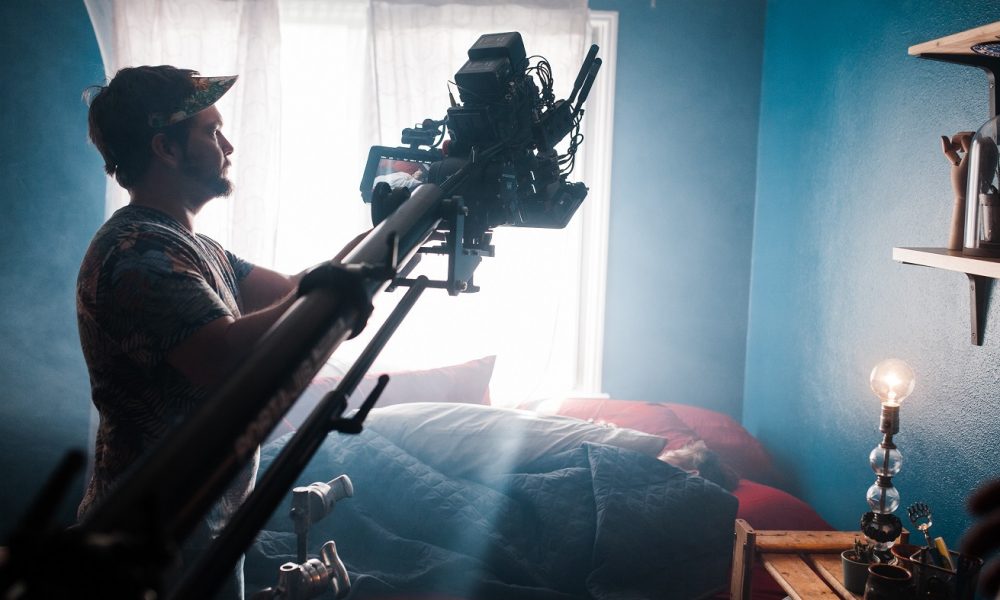 Today we’d like to introduce you to Evan Zissimopulos.

Evan, we appreciate you taking the time to share your story with us today. Where does your story begin?
I started making what I would call “films” when I was 14 years old while trying to gain sponsorship for skateboarding. A family friend who was a teacher of mine mentioned that I should compile skate videos of myself and my friends into a longer-form piece as a project for school. CKY and Jackass were big at the time, so we found ourselves emulating the skits, stunts, and stupidity of those shows with some skateboarding peppered in between. This caused us to end up creating four feature-length skateboard movies over the course of several years, through which I found that we were having more fun just being together and going crazy over actually practicing our sport.

Shortly after the 4th skateboard “movie”, my high school TV Production teacher nudged me to create a narrative project for a county-wide school video competition. Because Star Wars had such a big impact on me as a child from playing with action figures and telling my own stories around them to filming stop motion videos with the figures, I decided to create a “Sci-Fi” film based around a real story of an alien abduction case in Tarpon Springs, where I was from. The video ended up taking third place against two other projects from longtime friend and collaborator Aaron Moorhead, who is now a director for Marvel, amongst other notable series. At that moment, it became clear to me that I wanted nothing more than to tell these types of stories with friends for the rest of my life.

Throughout this time, I had also been purchasing camera and editing equipment so that I could create my skateboard videos because I saw what the pros were using and tried to emulate that. For the next few years, I used my equipment and basic videography skills to start working in the local film industry in Tampa Bay, Florida. While there were strangely several filmmakers from my hometown of Tarpon Springs who I had grown up with, I ended up meeting other extremely talented and driven individuals such as director Jamie Parslow and cinematographer Ryan Grosjean, who pushed me to focus deeply on the craft of filmmaking. Most of those people ended up moving out to LA, and it wasn’t long before I found myself there full time.

Moving to LA was definitely a challenge for all of us in some way, we’ve endured slews of horrible jobs, heartbreak, financial strain. Most of us would help one another on projects or offer jobs when we could. Eventually, we found our ways and everyone arrived at what I believe to be pretty great places in the motion picture industry. The most important part being that we remained a community and are all still friends sharing and telling stories together. All ships rise with the tide.

We all face challenges, but looking back would you describe it as a relatively smooth road?
It has definitely not been a smooth road. But that’s not something I consider bad either. Nothing great comes easy. I’m not saying it has to be intentionally strenuous or hard to be good, but rather that if you’re not taking some kind of risk, the reward won’t likely be as high as it can be.

In my case, a huge risk has been investing in equipment to grow my production company and skillset as I have it available to use at any time. There have been moments when first moving to LA where I was unsure I would be able to pay rent due to purchasing equipment. While there are many who would see this as living far beyond my means, I saw it as a way to advance my career.

I’ve also had that equipment stolen. One time, my RED Dragon package was rented from me only to never be returned. Thankfully, I had the proper “voluntary parting” insurance that eventually covered it. However, the pain of someone heartlessly taking something that I consider an extension of my creativity and one of my primary sources of income was enough to nearly drive me to leave the industry.

Aside from that, we’ve dealt with the theft of our services in the form of a client who racked up months of work only to pay a portion of what was owed and get away with not paying the rest, even after going to court. This general lack of consideration and value of our time isn’t even just something happening with clients outside of the business. We’ve put in countless 14+ hour days on projects that everyone in the industry has to endure at some point, diminishing our quality of life to some degree. Thankfully that is being fought for as we speak.

Thanks for sharing that. So, maybe next you can tell us a bit more about your work?
I am a director and cinematographer known mainly for my focus on highly visual storytelling. Myself and the team at my company, Astral Eye, pursue various technical methods for achieving unique and enchanting imagery. Most notably, our work with the DGA Women’s Steering Committee won us several Emmy awards for a documentary series titled “Santa Monica Cares”.

Beyond that, we’re proud of many projects from commercials to films, but I think the slate of feature films that we have shot or been a part of shooting the last two years are very exciting to me. They include “Most Guys Are Losers” starring Andy Buckley, Mira Sorvino, Grace Fulton, and Michael Provost, “Breathing Happy” starring Katelyn Nacon, and “Something In The Dirt” directed by and starring Aaron Moorhead and Justin Benson.

So maybe we end on discussing what matters most to you and why?
Friendship and community matter most to me in this business because it isn’t enjoyable without sharing the experiences with your friends. Having loved ones to confide in, enkindle new ideas with, be proud of, and be inspired by are so important to creativity. I am very grateful to be surrounded by such a family.