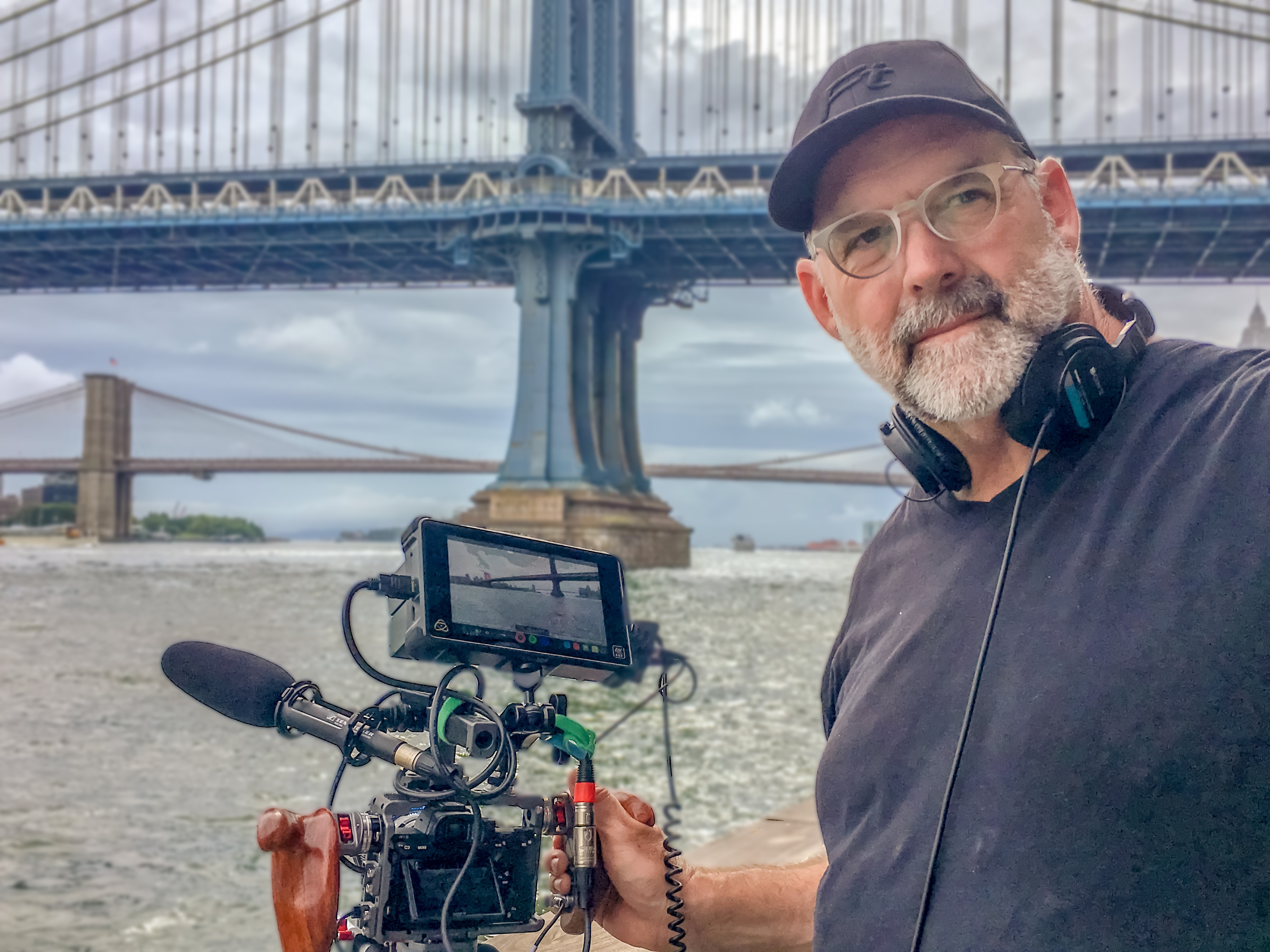 Today we’d like to introduce you to Eric Christiansen.

Alright, so thank you so much for sharing your story and insight with our readers. To kick things off, can you tell us a bit about how you got started?
WHY I CHRONICLE TRAUMA

It’s been over 30 years since I lost all my worldly possessions in the Painted Cave Fire disaster. To be exact, it was June 27, 1990. I call that my “ground zero.”

The fire was savage, starting in the foothills of Santa Barbara, and, by the time it was over two days later, it had destroyed 450 homes and a human life in its wake. Seemingly a disaster that I would never recover from, the fire turned out to be one of the greatest gifts I could ever receive.

At the time, however, I wasn’t quite feeling so blessed. I turned to drugs and alcohol to bury my sorrows and mask my pain. Finally, I sought help, and through divine and human intervention, I became clean and sober.

I had been making films for as long as I can remember, working on the commercial side of content production. Through my personal experience surviving the fire and finding my sobriety, I rose from the ashes and realized I had a whole other connection to people who had been through similar traumatic situations. I could relate to them, and they opened up to me with their stories of survival. I decided then that this was my calling. I would make films chronicling recovery from trauma beginning with a documentary about the fire that had wiped the slate clean for me. I wrote and directed “Faces in the Fire” and won my first Emmy®. Then the National Institute for Mental Health began using it to debrief survivors of natural disasters. My film was helping people! I had found a purpose. That’s a huge gift.

Since then, I’ve made three more films through my production company ECP focused on how trauma impacts survivors, their families, communities and the ensuing Hope and Healing: “A Vietnam Vets Journey;” “Searching for Home: Coming Back from War;” and now “unMASKing HOPE”.

Would you say it’s been a smooth road, and if not what are some of the biggest challenges you’ve faced along the way?
No, it has not been the easiest road, but it has been exactly what I have needed to continue to grow.

In early sobriety, the style of my work changed drastically. At the beginning of my career, I worked on and/or created flashy, high-profile film and video work. After the fire, as I entered sobriety and matured spiritually, it was evident my talents were meant for a different kind of work. This became apparent after my first independent film “Faces in the Fire” was screened on the one-year anniversary of the Painted Cave Fire disaster. I experienced the healing and growth not only personally, but from the participants themselves, and eventually, the viewers. I was honored with my first Emmy® award for this film but more importantly, the National Institute of Mental Health picked it up for their catalog to train clinicians and help survivors! I was on my way.

Constant attention to personal growth
I require constant growth personally and spiritually in order to grow as an artist, father and husband. Quite often that growth is brought by painful lessons and/or getting out of my “comfort zone.” I have built a very effective support system to keep me moving forward and foster my growth through life’s trials.

Reliving trauma with survivors is a gift and a hardship. Fortunately, the gift far outweighs the hardships!

Climbing the mountain for each film
Each of my documentary projects is a monumental undertaking. My last film “Searching for Home: Coming Back from War” took eight years to become funded, produced, shot, edited and finally distributed throughout the national public television network. I have been working on my fourth and current film, “unMASKing HOPE” now for over three years with a release date now slated for June 2022. Each film is a huge commitment. The funding is particularly challenging and time-consuming because we have to try to find money from a variety of sources, including expansive grant applications, fiscal sponsorships and private donors/investors. I feel fortunate because my last two films were funded primarily by my funding “Angels” out of Texas. They are true patrons of my work and support my vision to bring hope and healing to those that have gone through trauma. Without my “Angels,” my last two films might not exist.

Thanks for sharing that. So, maybe next you can tell us a bit more about your work?
Although I have received seven Emmys, two positive New York Times reviews, in addition to numerous industry awards, I am most proud of the following:

Finding Hope in all situations
It is relatively easy to make a film about the problem, however, it is not easy to integrate a solution and instill a sense of Hope. That is one of my gifts. To find Hope in every situation and in the human stories, I tell through my films. The Hope I aspire to relay in my films is grounded in reality, hard work and practical modalities. It has to be what I call a “sober Hope,” Hope that has the realization that things will never be magically better, but through daily aspirations and a survivor’s commitment to heal and grow no matter the situation, Hope can be found.

True Connection / Transparency / “Holding Space”
In my 30 years of connecting with and interviewing trauma survivors, I am very proud of my capacity to empathize and to “hold space” for others. That takes real skill. When I say “hold space,” I create an open, non-judgmental, safe space for survivors to express themselves. I have used this approach now with dozens of survivors who have relayed how therapeutic and healing it’s been to participate in my films. I tell my crew members that the survivors come first, then the film. This creates a synergistic relationship with everyone on set and an atmosphere of healing. The end result has not only been powerful filmmaking, but it fills my soul as well. I have been told more than once that I am the only person to have heard the survivor’s story. For me, their stories are sacred, and trusting me with them is one of the greatest honors. Viewers are often in awe at the intensely personal, up-close and raw nature of the interviews.

The places I get to be the highest honor of my calling/career/life has been to accompany trauma survivors back to their respective memorials. They have included:

Bob Trimble to the Vietnam Veterans Memorial in Washington, D.C.

And most recently, (wow, what a trip) Molly Maurer and Heidi Bender to the Route 91 Memorial in Las Vegas.

I am so honored to be part of their healing; it quite literally brings me to tears.

I thank God for the path He has put me on.

I am also particularly proud of my close relationship with some of the most preeminent experts and researchers in the fields of trauma recovery. My work is not only approved by but also endorsed by leaders in the field:

My work is not only storytelling with the message of Hope and Healing after trauma, but it is also clinically sound. Responsible filmmaking.

We’d love to hear about how you think about risk taking?
True empathy is a risk.

The ability to understand and share the feelings of another.

Empathy asks us to not only passively sympathize but to take the step to understand another’s feelings by projecting ourselves into their “shoes” to experience their feelings. This requires us to open up, think of another and ultimately, be vulnerable. It is uncomfortable. It is also the most rewarding part of my work. It is also the most potentially destructive. Through the years, I have had to learn ways to cope with the “residual” effects of using my gift of empathy in connecting with and interviewing dozens of survivors. There is truly such a thing as secondary PTSD from establishing unhealthy metaphysical connections with others. I have had help from talented clinicians and constant protection from my spiritual connection with God. Reflecting on the last 30 years, I know the spiritual “soul food” of my work far outweighs the detriment it sometimes causes. I feel there is an existential crisis in our society driven by a lack of empathy. It is the very nature of empathy that makes individuals shy away from it. With COVID especially, we’ve had to physically distance from people we love and congregations we worship with. And that’s been hard. And it’s also caused us to retreat from humanity. My message is that it’s worth opening up and being vulnerable if you can help just one person who is suffering –which I truly think can help fill your own spirituality and give you renewed purpose.

Filmmaking has been my quest since I was eight years old allowing me to communicate effectively. In the last 30 years and four films, my quest has shifted to communication that bypasses the head and goes straight to the heart, and most importantly the soul. This is a language beyond words. In order to communicate more deeply past the spoken word, risks need to be taken. What kind of risks? New ways of using music, animation, editing techniques to name a few. For example, unMASKing HOPE utilizes animation of fellow CalArts alumnus Ed Bell, designed to take the viewer further into the experience of the trauma survivor. We currently are considering using many other artistic disciplines such as dance to further communicate the emotions of the survivors. It is my sincere hope these techniques go past the viewer’s conscious mind and affect them on a very deep level. Why is this risky? Oftentimes the artist does not know what will work until the vision is fully realized. The artist must commit to a “hunch” or an “intuition” before it’s fully developed. As an artist or visionary, this stage can be particularly unnerving as quite often, you are the only one who sees the proposed outcome. It’s a scary process but extremely exciting when your vision comes to fruition and you see how your artistic choice has brought the film to life in an innovative and impactful way. 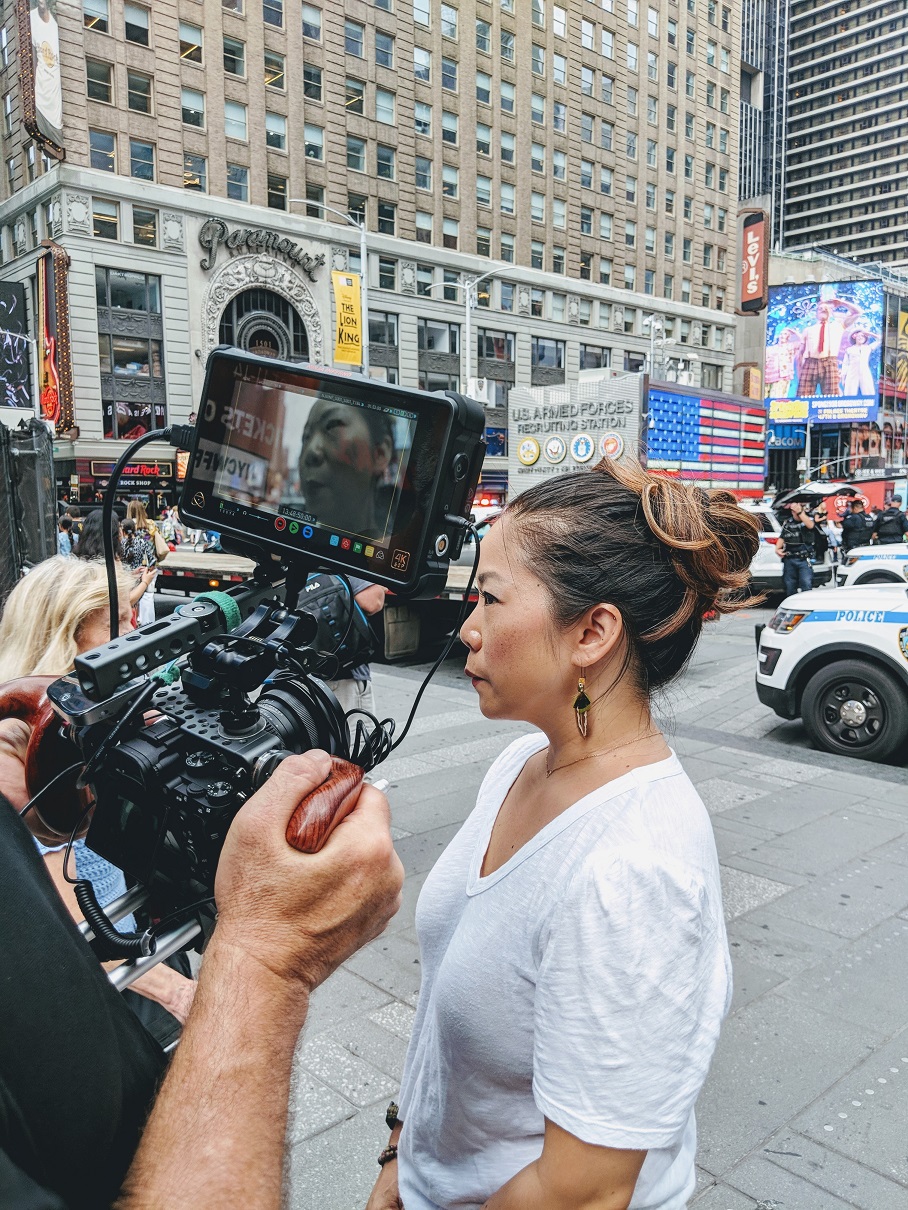 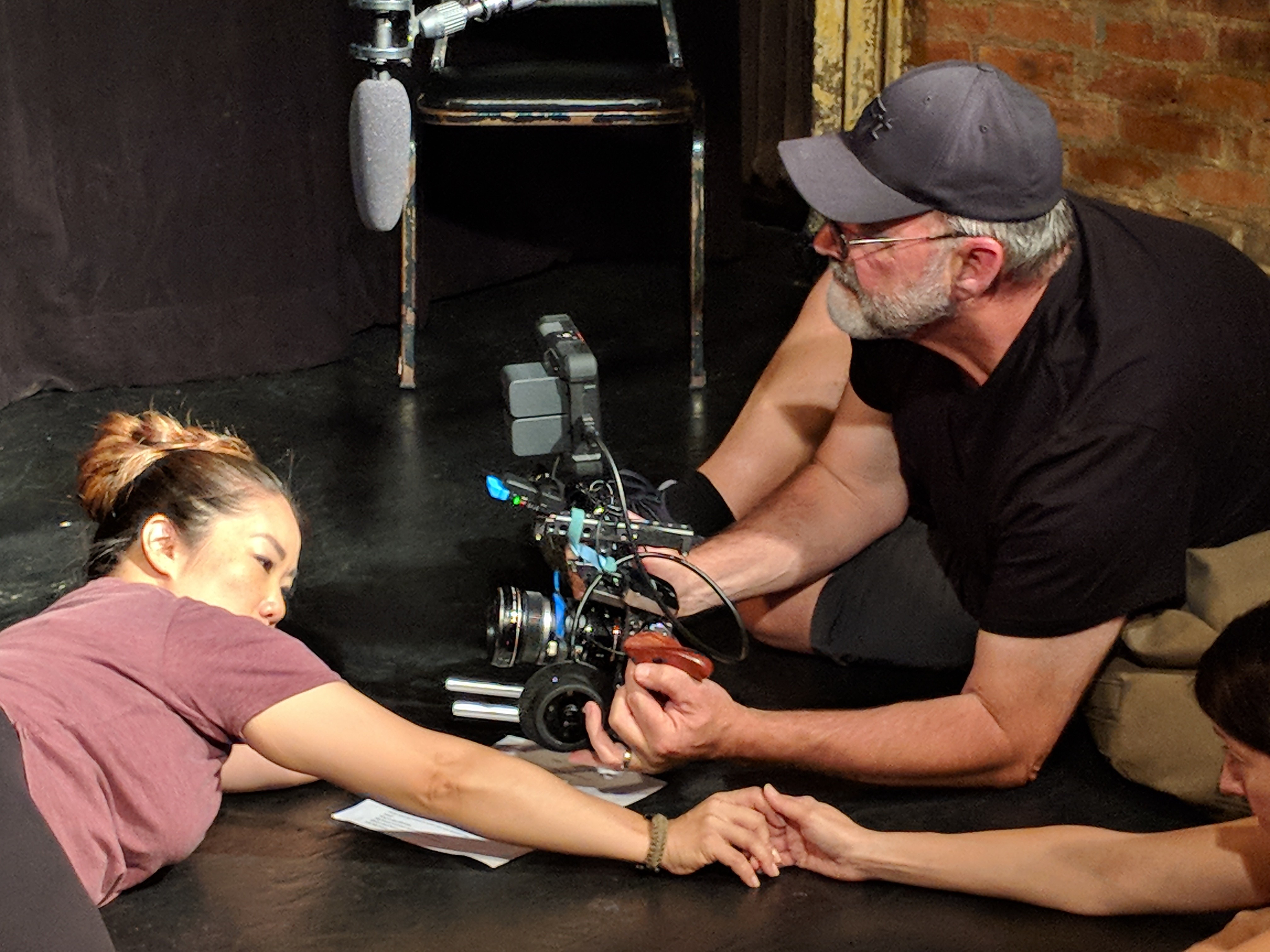 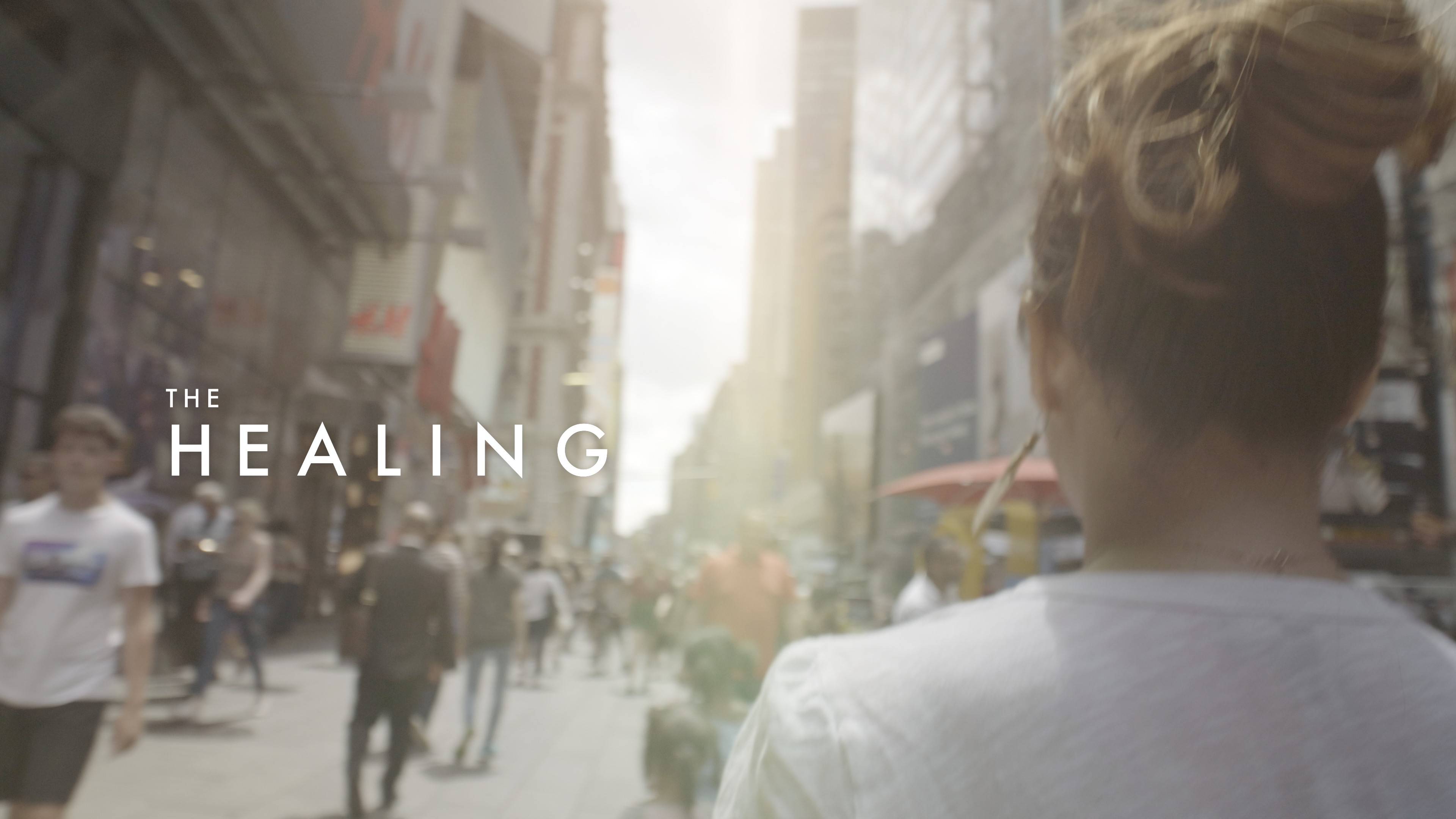 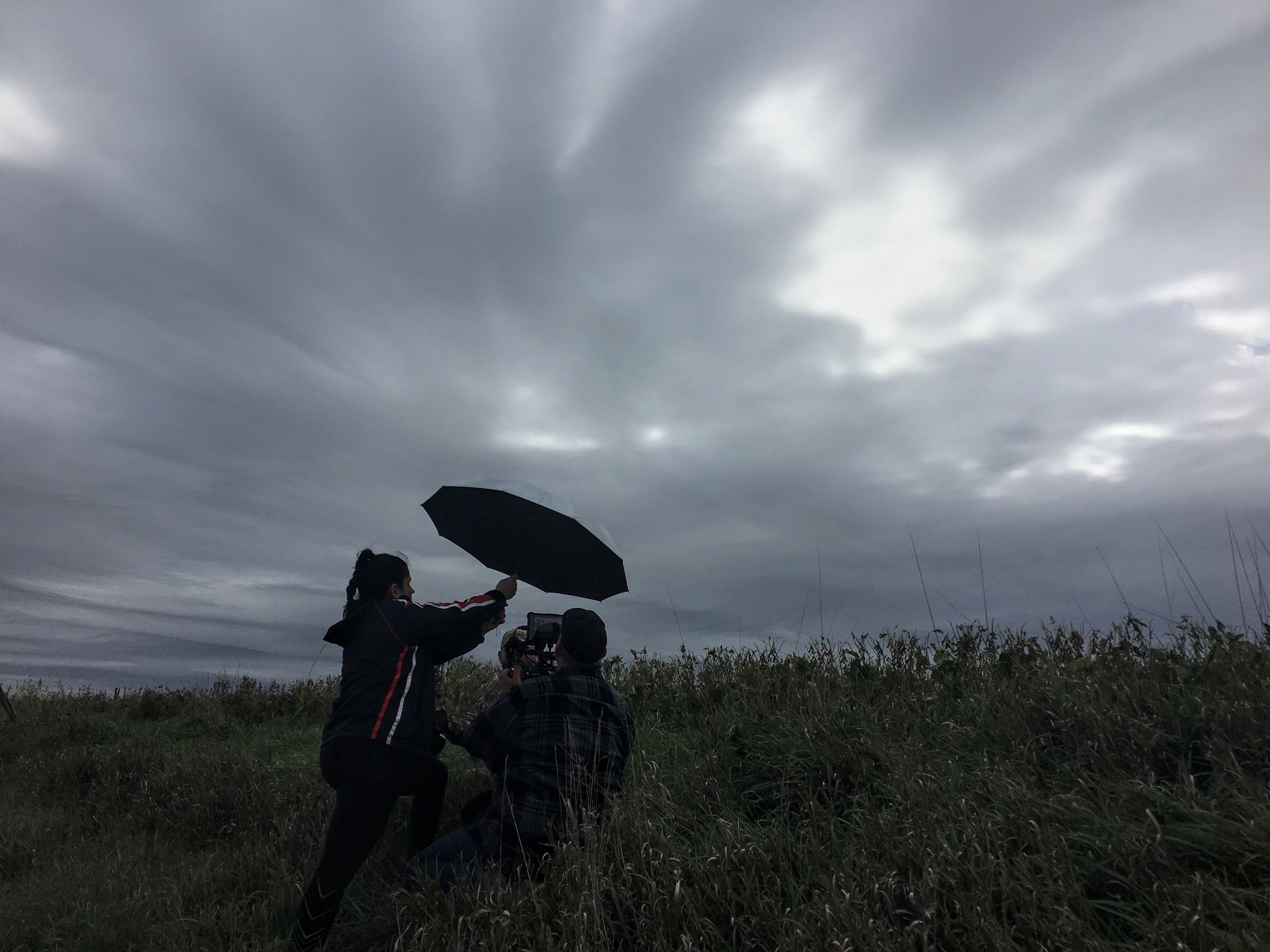 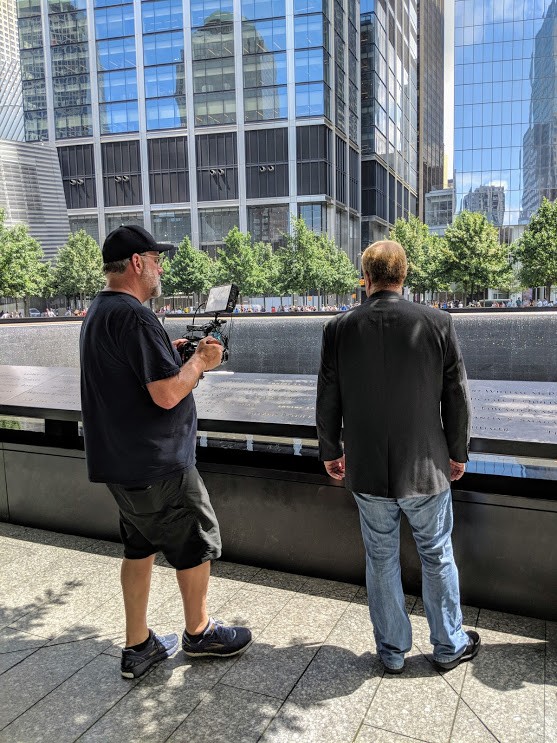 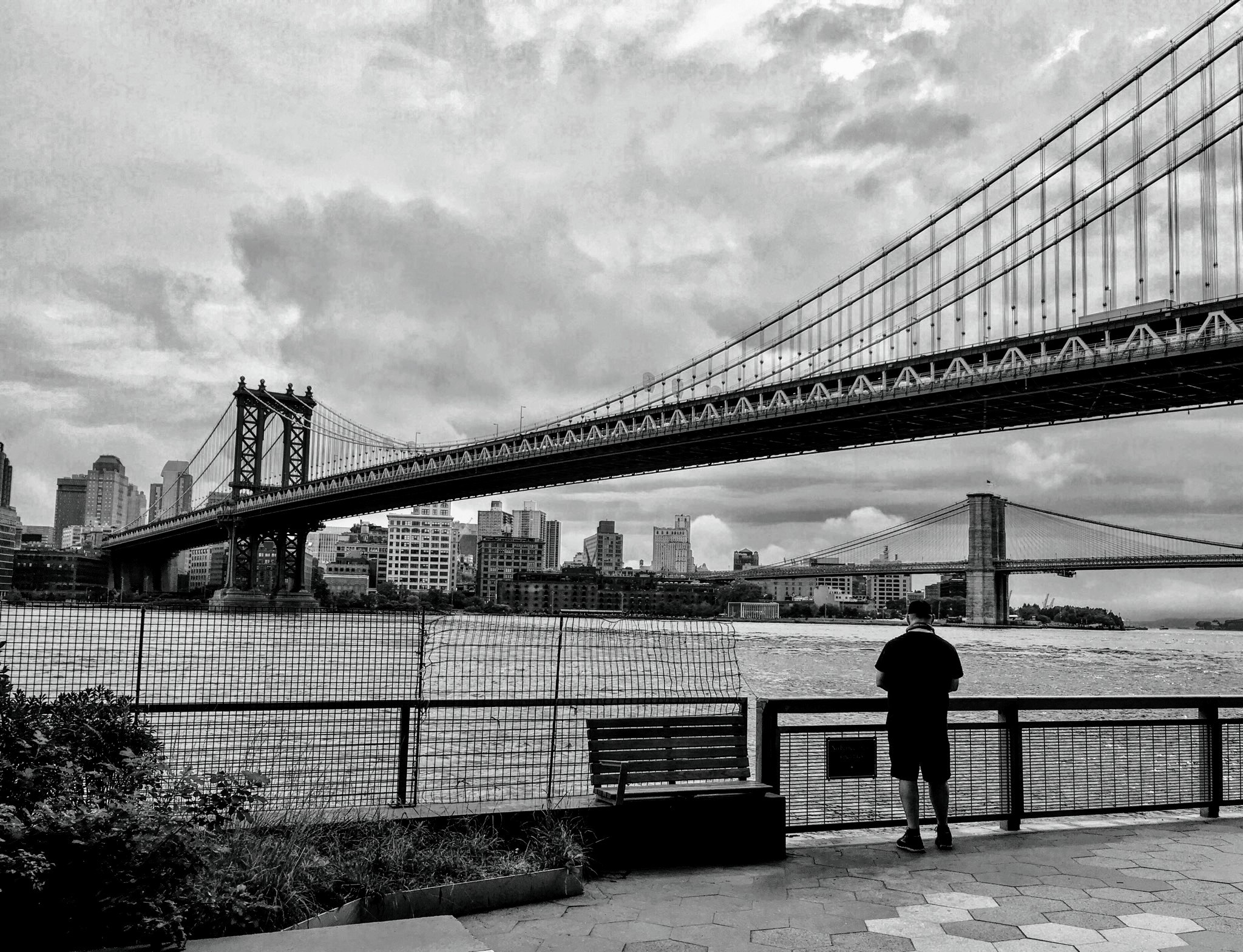 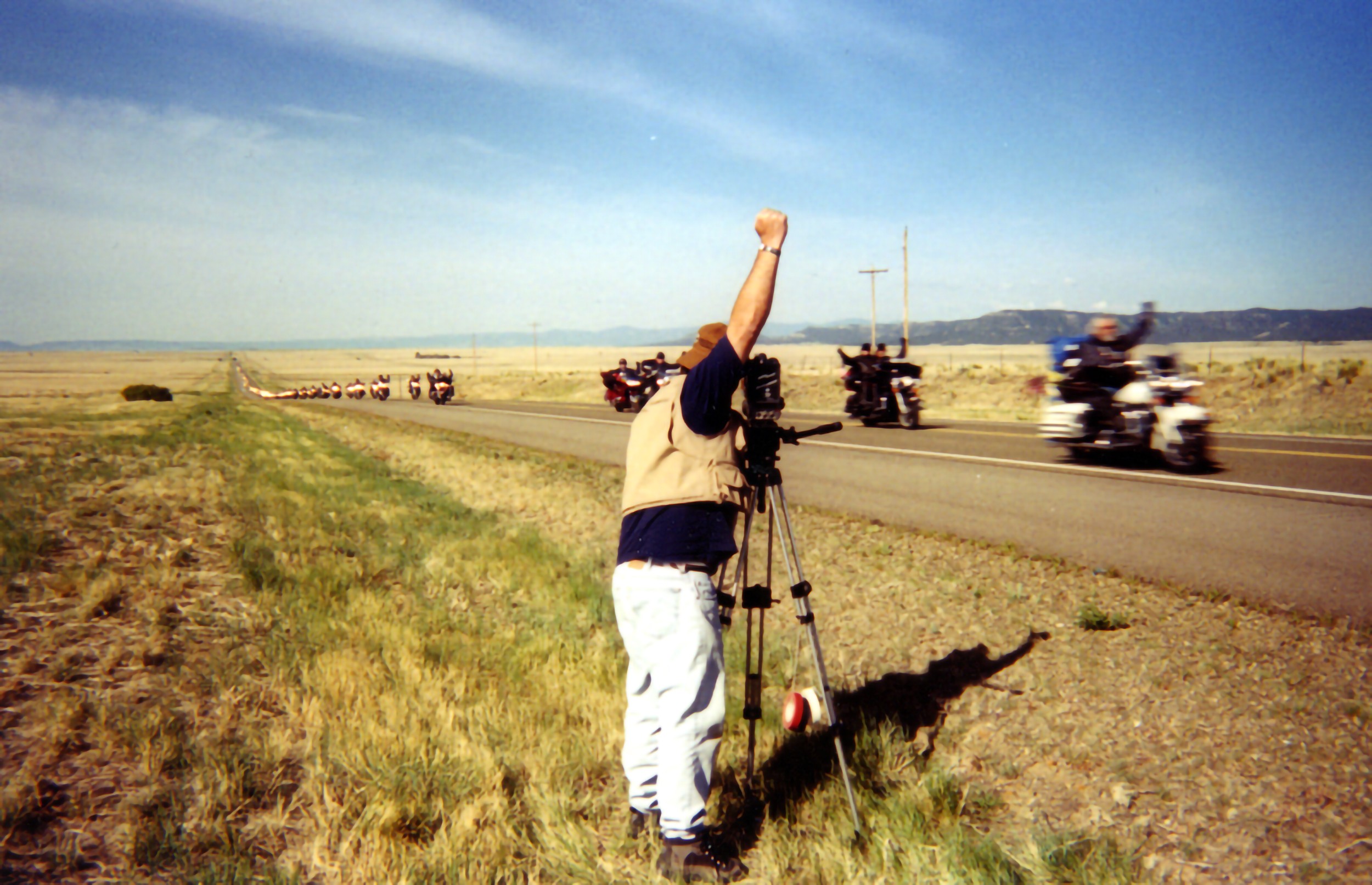 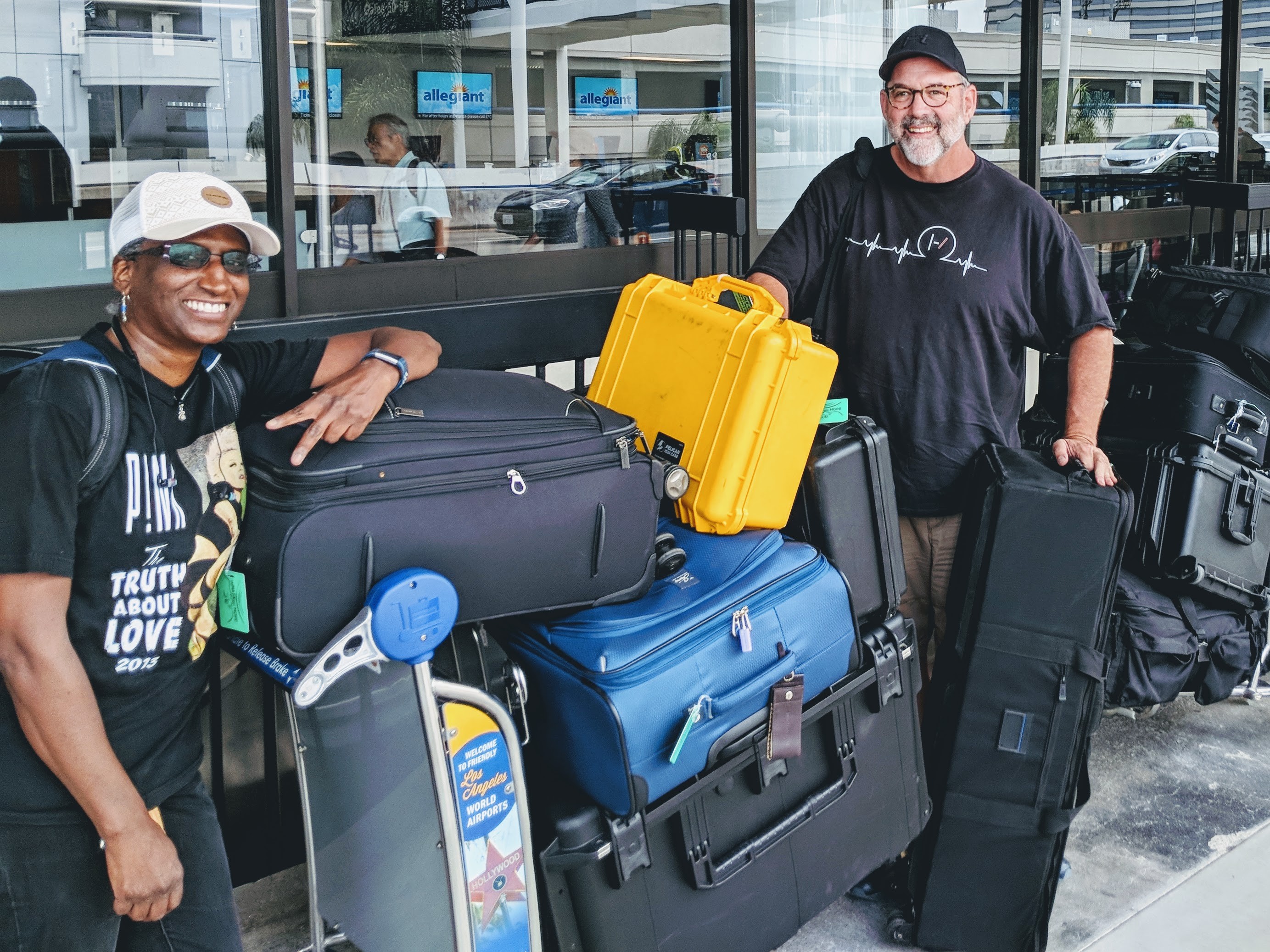