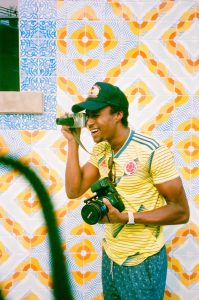 Today we’d like to introduce you to Emmett Lynch.

Hi Emmett, we’d love for you to start by introducing yourself.
Chicago native with a different view of the world. I’ve always dared to be my own breed, but was still very much a product of my environment. I took on the athletic path, not playing basketball, but football at a young age. I come from a family of Chicago basketball Greats, so I was still built like a skinny basketball player. As I grew, I created my own legacy as a fierce and passionate football player. Football was a unique place where I could use my energy and physicality to my advantage, rather than make enemies. As I got older, I realized that football wasn’t the only growing passion within myself. I always saw kids on television sharing that same energy and spark as I did every day. So I wanted to find out how they got the opportunity to share their gifts with the world.

As an early teenager, I decided to look into a performing arts school so I could learn more about channeling different elements of myself. My folks were blindsided but delighted to see that I was looking for more ways to express myself. They took me to an open call for a performing arts school on the bougie Northside of Chicago. Completely foreign territory to me with diverse groups of kids and creative friendly spaces. It was a new vibe and I loved it. I auditioned to get into the school and was admitted on the spot. There I learned about the different avenues of entertainment. From commercial acting, fashion/print modeling, and creative storytelling. This is when I found something that excited me other than sports. I went to performing arts school 3 days a week, separate from my high school. Living a double life in a sense as this football player by day and artsy creative by night. Not many people knew, only my closest friends.

After finishing many courses, my performing arts school started putting me up for representation auditions and meetings in 2012. This was when I first visited Los Angeles. I loved every second of meeting new people and sharing my hidden talents as a young artist. Shortly after leaving LA, I was called by the agents and managers I met and they told me they wanted me to move to LA after high school and sign me as a young actor/model. This was cool to hear. However, I had been playing football my entire life and things were heating up as far as college recruiting. I had to make a decision. Although I liked the direction that the entertainment world was leading me, I had to finish out my first dream of playing football with hopes of going to the NFL.

So I stopped the entertainment thing, but still kept creative by recording me and my close friends’ last few years of high school. Starting out as home movies, but transforming into life lessons and family-bonding footage of moments we’ll never get back. This is when I caught the bug of what being a documentary filmmaker is like. I then went off the college and continued to document my football journey with the intent to share it one day as a ‘Road to Glory’. Long story short, my journey was far from that road of glory and I decided to connect my story with other athletes across the country. This tied all of my passions and ambitions together, and was the birth of Emmett Lynch Jr. the filmmaker.

Alright, so let’s dig a little deeper into the story – has it been an easy path overall and if not, what were the challenges you’ve had to overcome?
One of the many challenges I faced was simply my environment. I grew up in the era of Chief Keef, and while he was definitely my favorite rapper at the time, he wasn’t my biggest influence. Everybody from Chicago is deeply influenced by whoever big is coming out of the city. Keef represented a new age of thug life and it took over the world. Meaning everybody wanted to be like him and give off that tough energy if they felt like you were against them. That energy inspired me on the football field, and even in the streets for a period of time. I respected it and enjoyed the impact it had on me and my friends & family. While that was lit, I was still on my own journey of self-discovery and that rubbed some people the wrong way. I was called out for welcoming a new diverse friend group, skateboarding, and having a different style fueled by designer skinny jeans and vans sneakers. It got to the point where I had to physically defend myself because some thought just because my swag was different from theirs, they could try me. They were mistaken. I went through trials of showing people that I could still be attached to the culture, and still have my own sense of individuality. I shortly became a staple in the community as a kid who was just like them, but chose to do everything his own way. I grew to be a trendsetter and beacon of light to my peers and kids I never even knew.

Can you tell our readers more about what you do and what you think sets you apart from others?
People like to say I’m multifaceted. I’ve always been a creative soul since a child, but fiercely gravitated towards directing as I matured. I’m currently known for my corporate and businessman efforts, and doing whatever creative project that attracts my mind. Started out with ‘Day in the Life’ type of vlogs and visual memories that reflect a period of time in my life. I specialize in documentary filmmaking and have been working on my debut project for about 10 years now. Stemming from the home videos I shot with my close friends back in high school. I found a way to connect my athletic journey with others across the country. This turned into an athlete empowerment platform that I created called ‘OVERLOOKED’ which features docuseries, podcasts, and many other outlets that give athletes a chance to express themselves outside of the athletic box the world puts them in. It is still being developed and it’s what I’m most proud of. I can’t wait to share it with the world. What sets me apart from others is that I’m very quiet with how I move in the industry. I don’t post all of my professional business for the world’s approval. I am the unexpected. When you see my work for the first time, you’ll see how much work was put in outside of the public eye. I don’t search for anyone’s approval on how hard I’ve worked to get where I am, and will be in the future.

Is there something surprising that you feel even people who know you might not know about?
I fell in love with surfing when I moved to California. I’ve been practicing more these days and getting better everyday. Surfing in LA was a natural progression from skating the streets of Chicago as a shorty. It’s a small way I like to reward myself and clear my mind. I’m just a free-spirit that feels like I’ve lived a hundred lives. This time around, I’m gonna do whatever makes my soul happy. 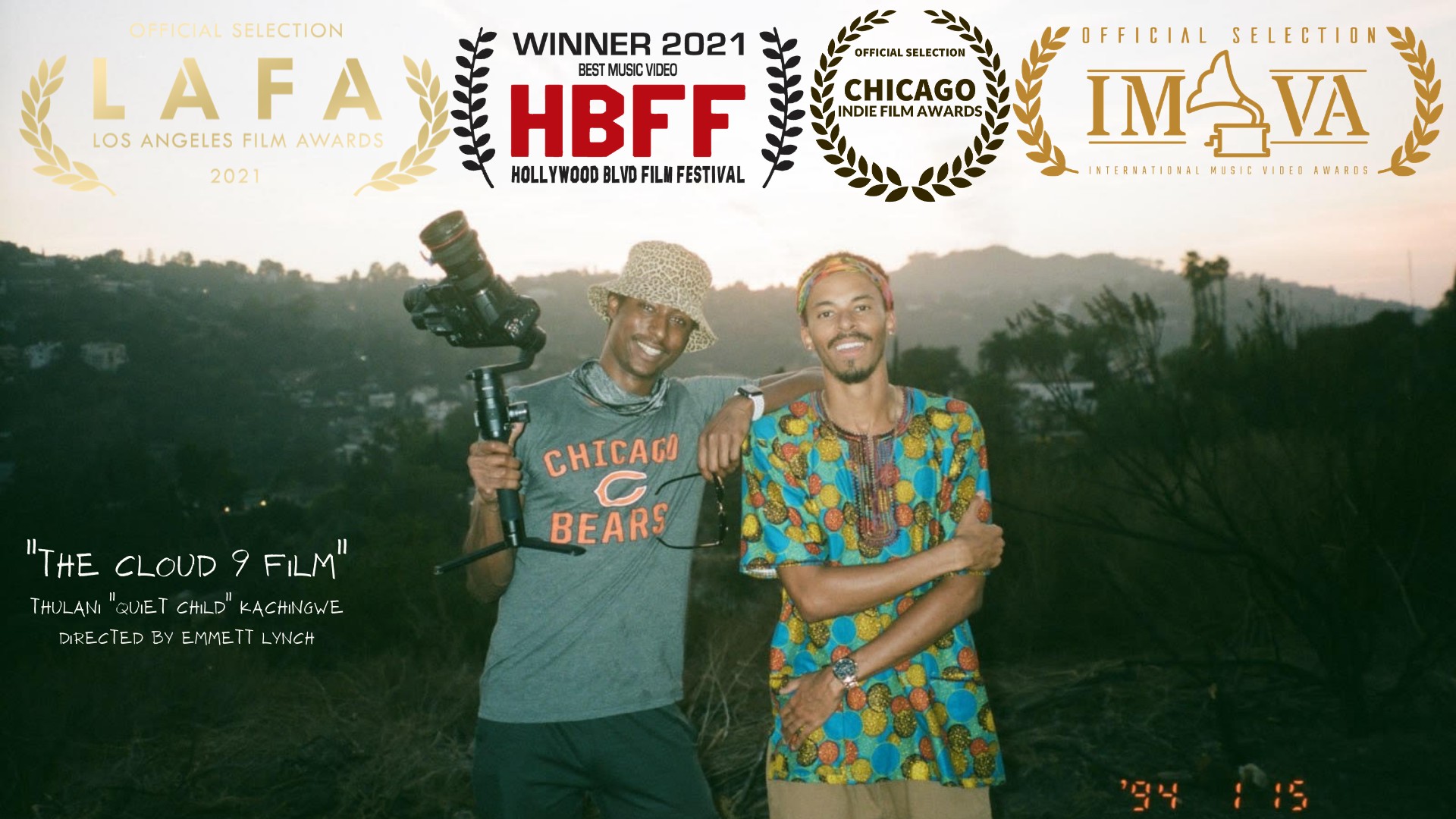 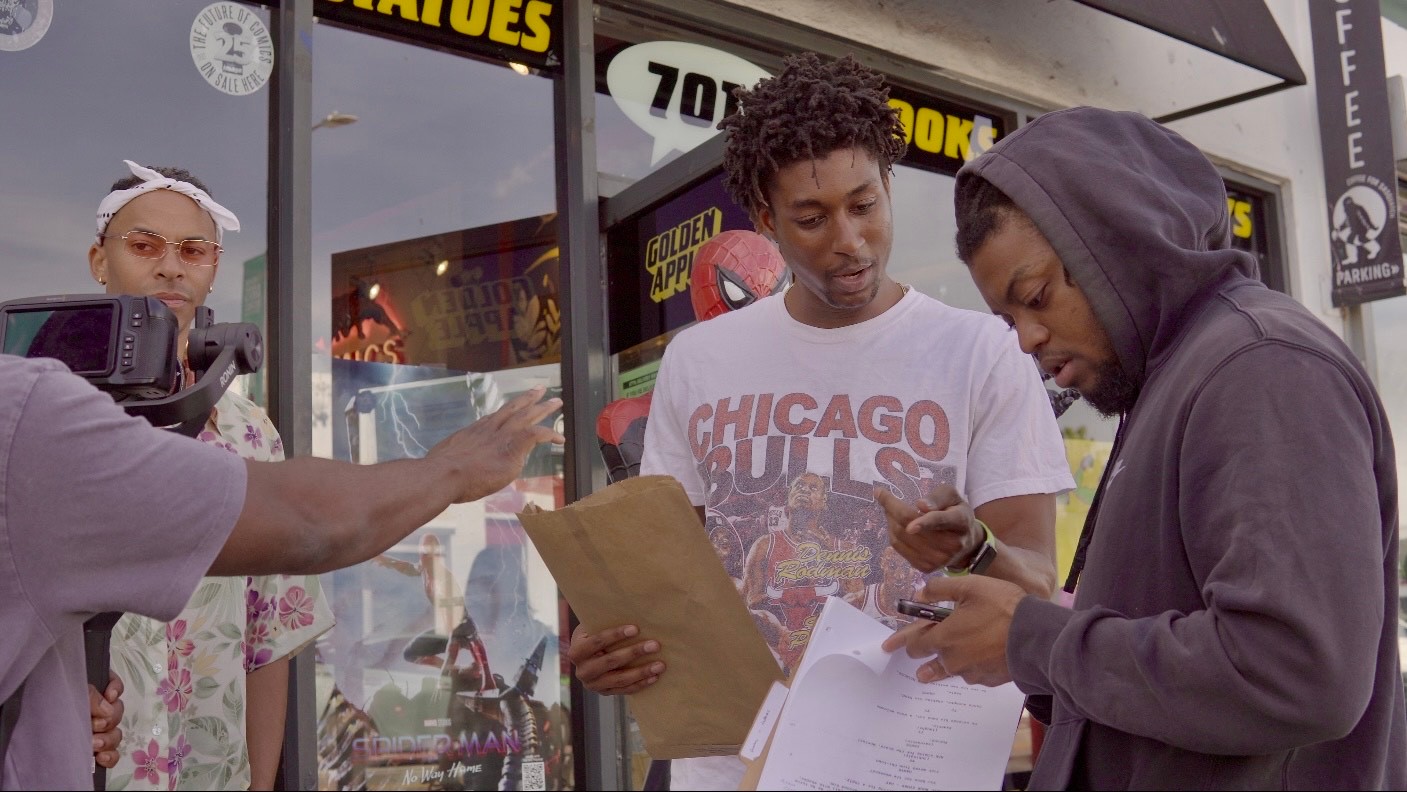 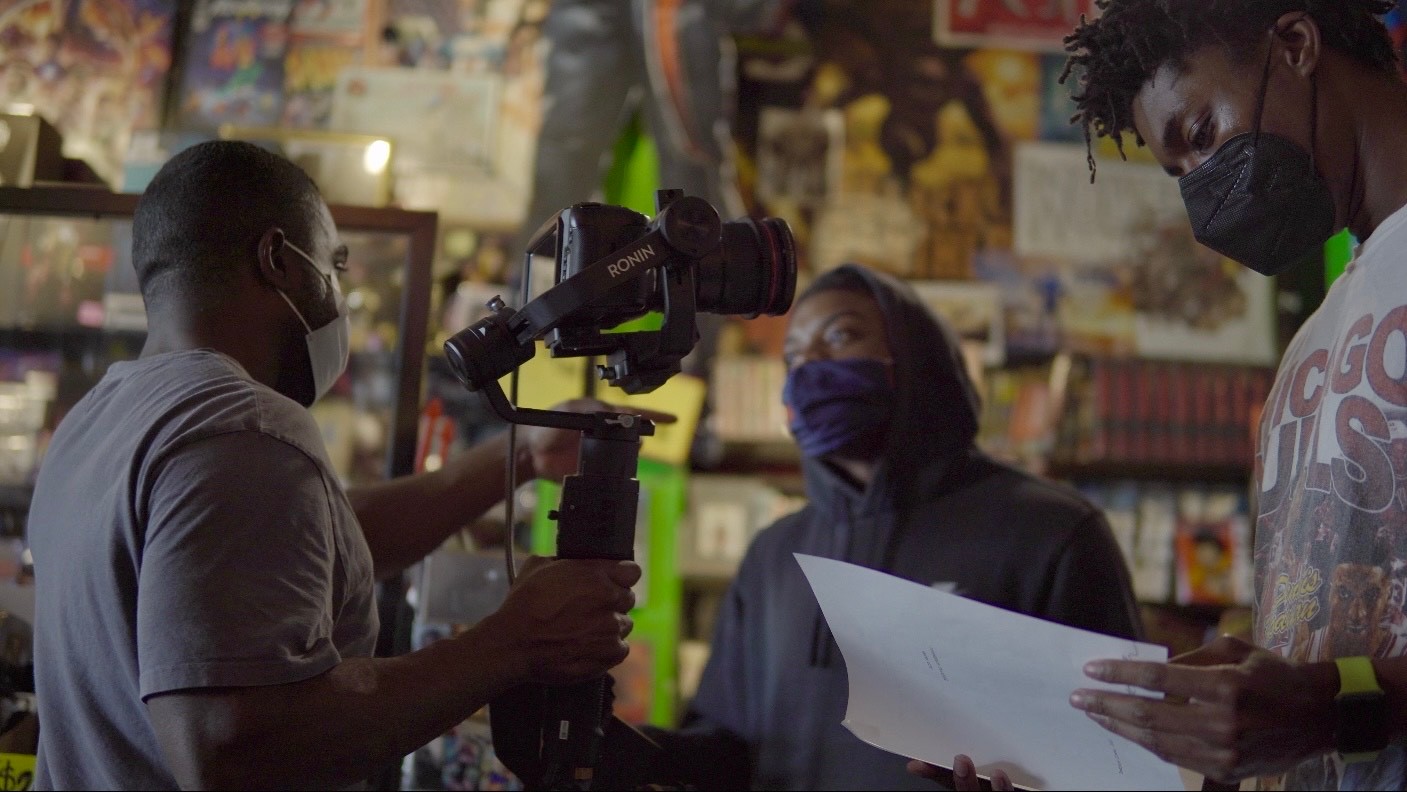