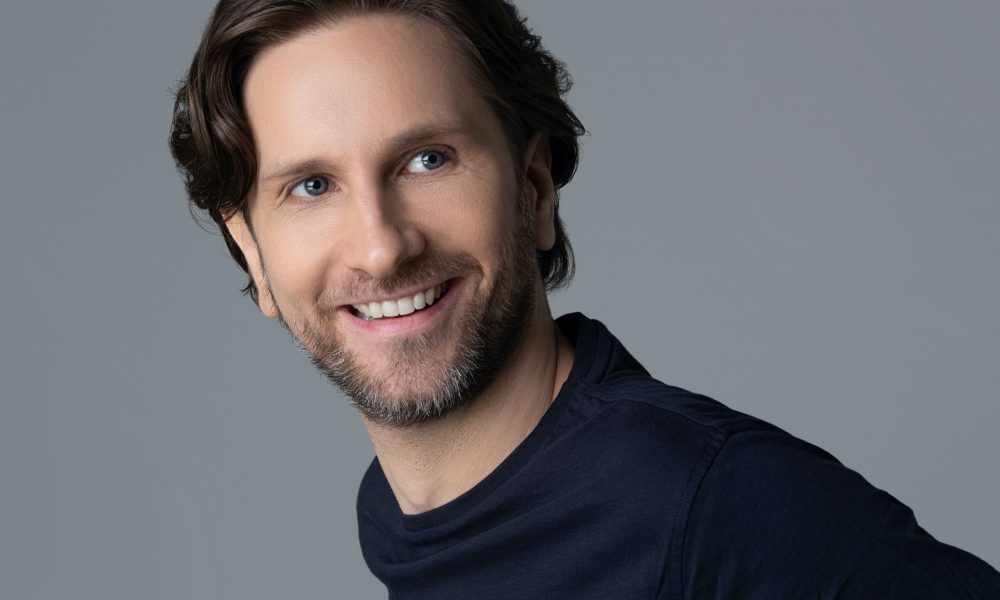 Today we’d like to introduce you to David Bertok.

Hi David, thanks for sharing your story with us. To start, maybe you can tell our readers some of your backstory.
I was born in Bratislava, the capital of today’s Slovakia, in 1981. In 1988 my parents fled with my brother and me from the (then still socialist) regime of Czechoslovakia to West Germany. They applied and received political asylum in Munich due to being on a government watchlist in Czechoslovakia, since they had been organizing art meetups of regime-critical artists there. We settled in Munich, where I went to school and lived for the following 25 years.

After high school and two semesters of studying Philosophy in Munich, I applied for a film music program (the only one of its kind in Germany) and got rejected. I went on to study classical and jazz piano and after earning my college degree, I received a Fulbright scholarship in 2012.

By that time, I was already working as a live musician, pianist and keyboardist in musical theater productions like ”The Rocky Horror Picture Show” and “Little Shop of Horrors”. I was also touring with my own bands with original music (progressive rock), Subsignal and Dreamscape, opening for bands like Saga and The Scorpions.

Subsignal even made it into the German album charts.

Enabled by the Fulbright scholarship, I relocated to Los Angeles in 2012 to attend the prestigious University of Southern California for its film scoring program. The wonderful thing about this program is threefold:

It connects you to an array of upcoming filmmakers who are studying right next door and need original music for their student films. You study with a wonderful and diverse group of composers who later go on to become your friends and colleagues, and you end up working with them many times since.

Finally, you get connected to a lot of established composers who might need help and will hire you as assistants, orchestrators and additional music composers. This was a crucial point for me because it helped me to live and pay my bills in Los Angeles right out of college and helped me get my work visa (O-1 artist visa).

We all face challenges, but looking back would you describe it as a relatively smooth road?
It was not a smooth ride, of course. Starting from zero on the other side of the world, working in the film industry, insane deadlines, answering the question “Why you of all people?”, making your way in Los Angeles amongst thousands of gifted and incredibly driven people. But I was never interested in an alternative, only on how to find my own way. My diverse music background definitely helped me: Jazz, Classical, Rock, Producing, Songwriting, playing multiple instruments. Having these many passions in the music universe now seemed to find a perfectly fitting playing field. Being obsessed with music, films and art in general is a given. You don’t think about it as work, you think: “How can I make this happen?” Besides, writing music is the easiest part of my job.

One big challenge for me personally has been the question of “How to sell yourself”. I grew up in two cultures (Germany and Slovakia) but both prefer humility over self-aggrandizement. However, this won’t get you far in show business. I had to learn (and am still learning) how to do that in an authentic way. Luckily my wife is an amazing coach (she did an interview for VoyageLA as well @KaraKaraoke).

I also prefer chatting in person over coffee rather than approaching strangers at social events. The American phrase “You have to put yourself out there” doesn’t have an equivalent in German, or Slovak, for that matter.

But when I talk to filmmakers over a project, they repeatedly point out how they admire my collaborative spirit and my perceptiveness. So it’s about meeting these people, your tribe, kindred spirits, whatever you want to call it.

Thanks for sharing that. So, maybe next you can tell us a bit more about your work?
I write music for film and television. One film I am very proud of is the score for “Botero”, a documentary about the famous painter’s/sculptor’s life and work. Botero is such an inspiring artist and someone who has, arguably, the one identifying element needed for success in art: a recognizable style. Another film I am very proud of is “Peace By Chocolate”, which just got into the prestigious Tribeca Film Festival in New York City, with a premiere on June 17, 2021.

I think that besides my diverse musical background, I love finding a unique tone for each project, with a melody or, at least, a musical motive that will seep into your mind. I have also been told that I have “the spectral ability to tap into a project’s soul and lift it off the screen into your memory”.

I can compose to picture, but also based on the script which I am doing currently on a feature film. I can compose to a bunch of keywords that you give me. And I can also improvise on the piano while you sit next to me.

I love when my music is recognized as universal: last year one of the tracks from my “Botero” soundtrack was licensed for a BBC campaign advertising shows like “Killing Eve” and “Britain’s Got Talent”.

Besides my composing work, I love songwriting and producing. I worked with German-Idol winner Marie Wegener. I arranged for deadmau5 on his “Where’s the Drop?” record and for the Angel City Chorale, a choir that made it into the semi-finals on “America’s Got Talent”.

We’d love to hear about how you think about risk taking?
How about starting over on another continent after establishing yourself for years as an artist? And taking all of your savings and extra loans (plus the scholarship) just to attend a film music program? And afterwards, still working for a minimum wage music job just for the chance of being able to stay in LA and work your way up?

Or taking the majority of a music budget on a feature film and investing it into a great live recording, just so the production value is bigger, the music sounds better, the client and you are even happier?

I believe that what you invest will come back in some shape or form. I believe in “energy recovery” so to speak.

As long as the risk is calculated and your gut says yes – go for it. Just know what prompted you to say yes. 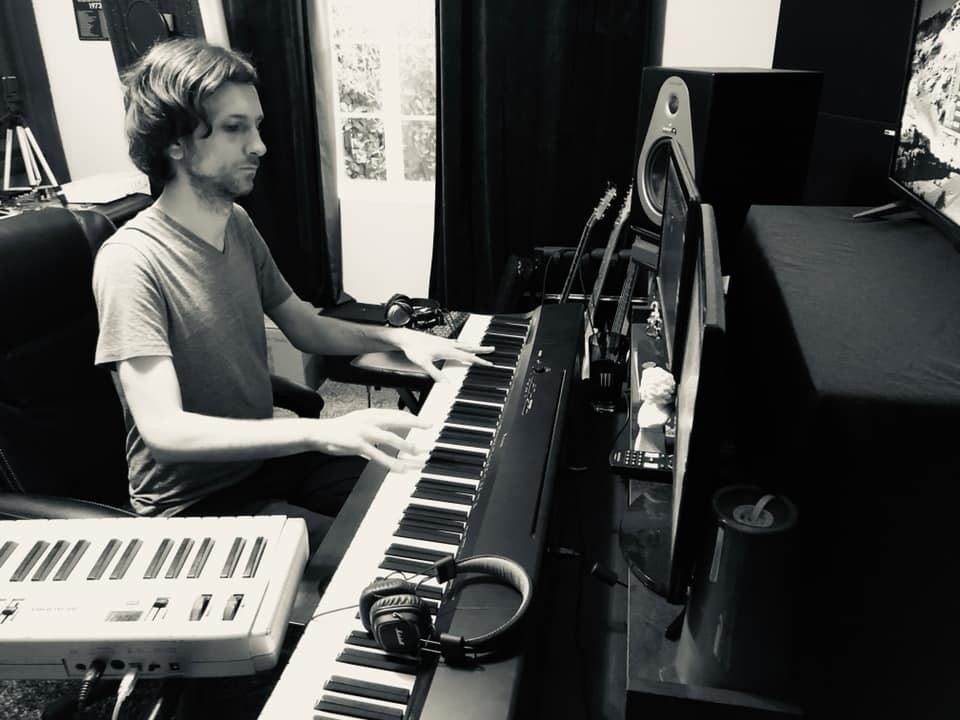 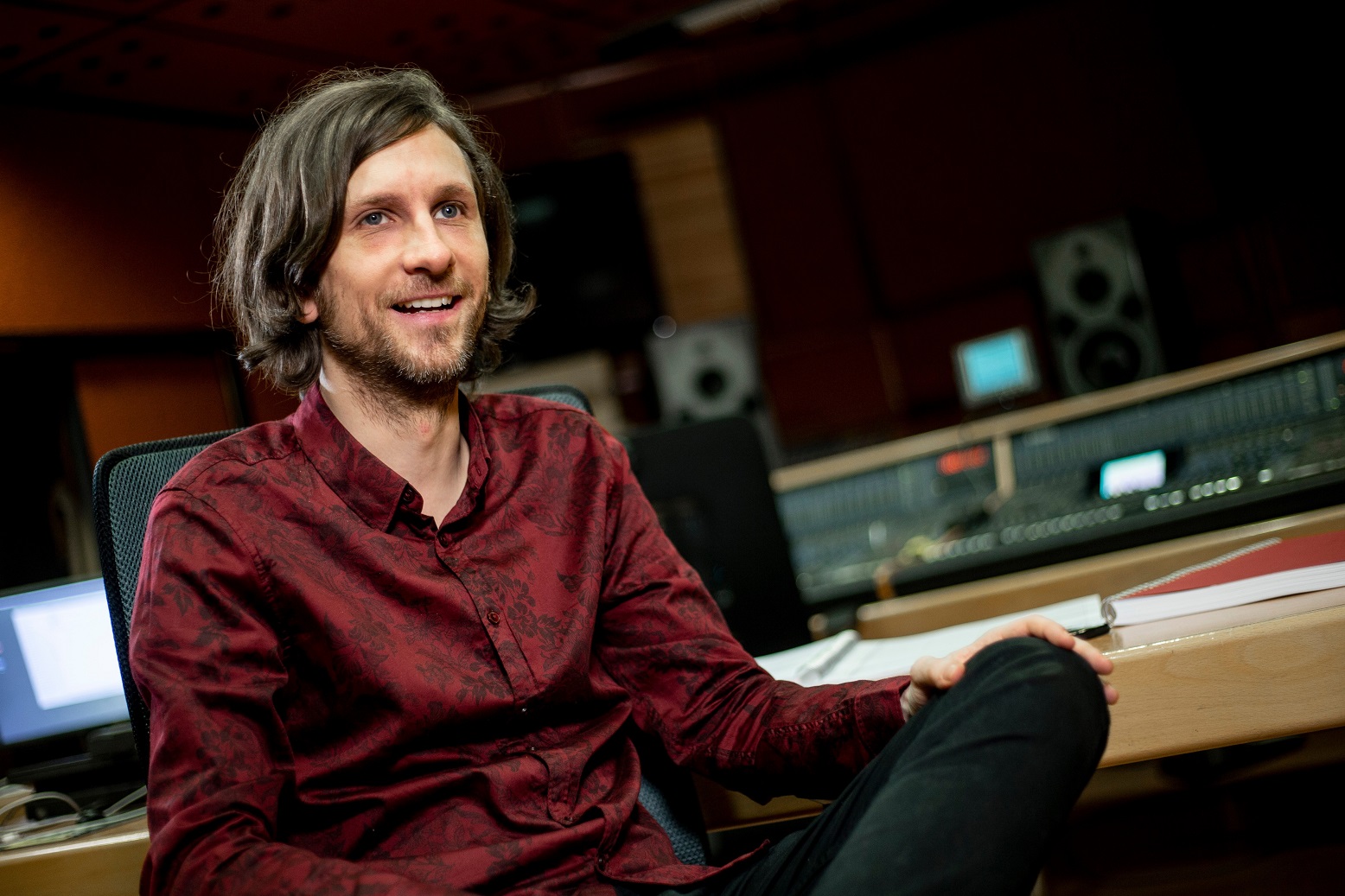 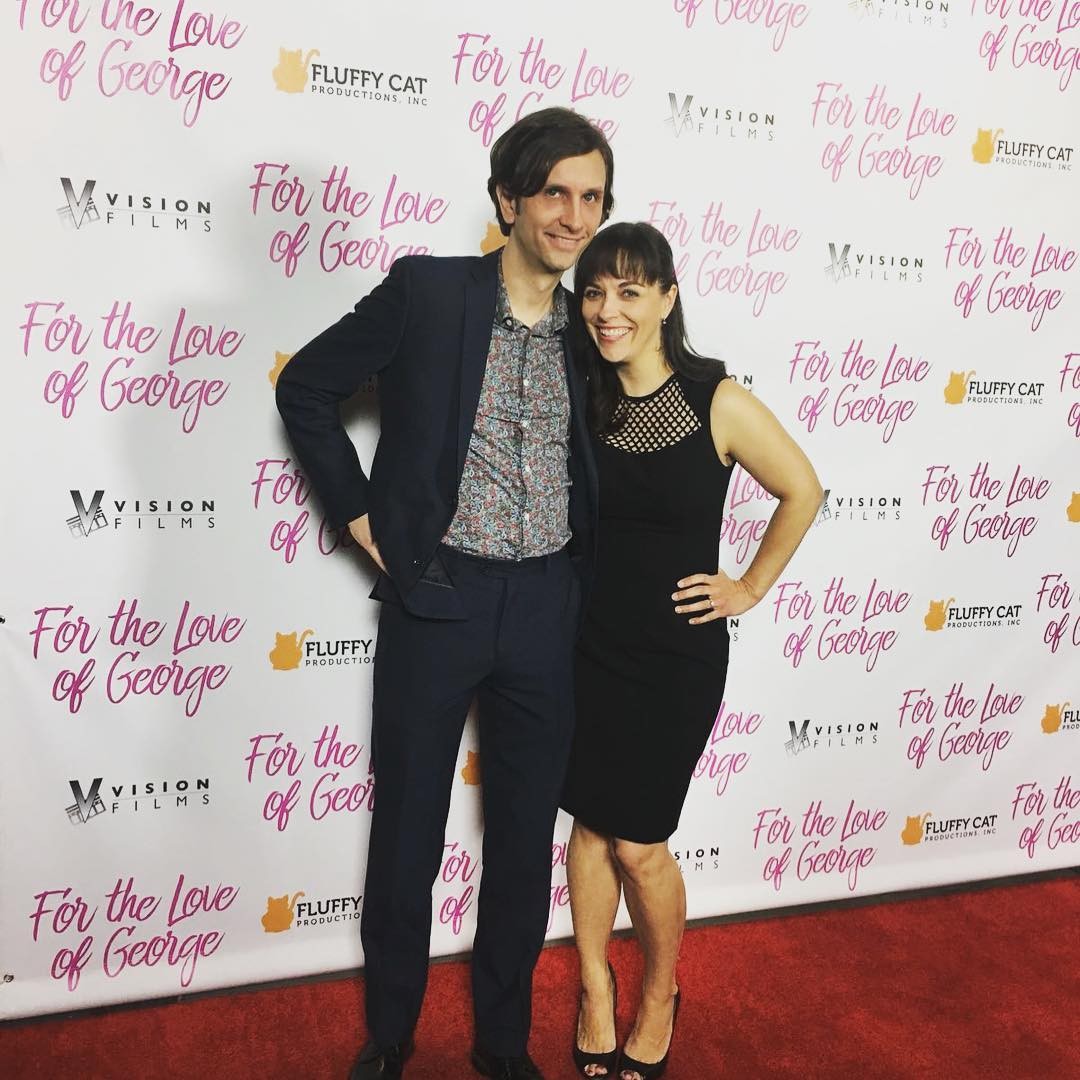 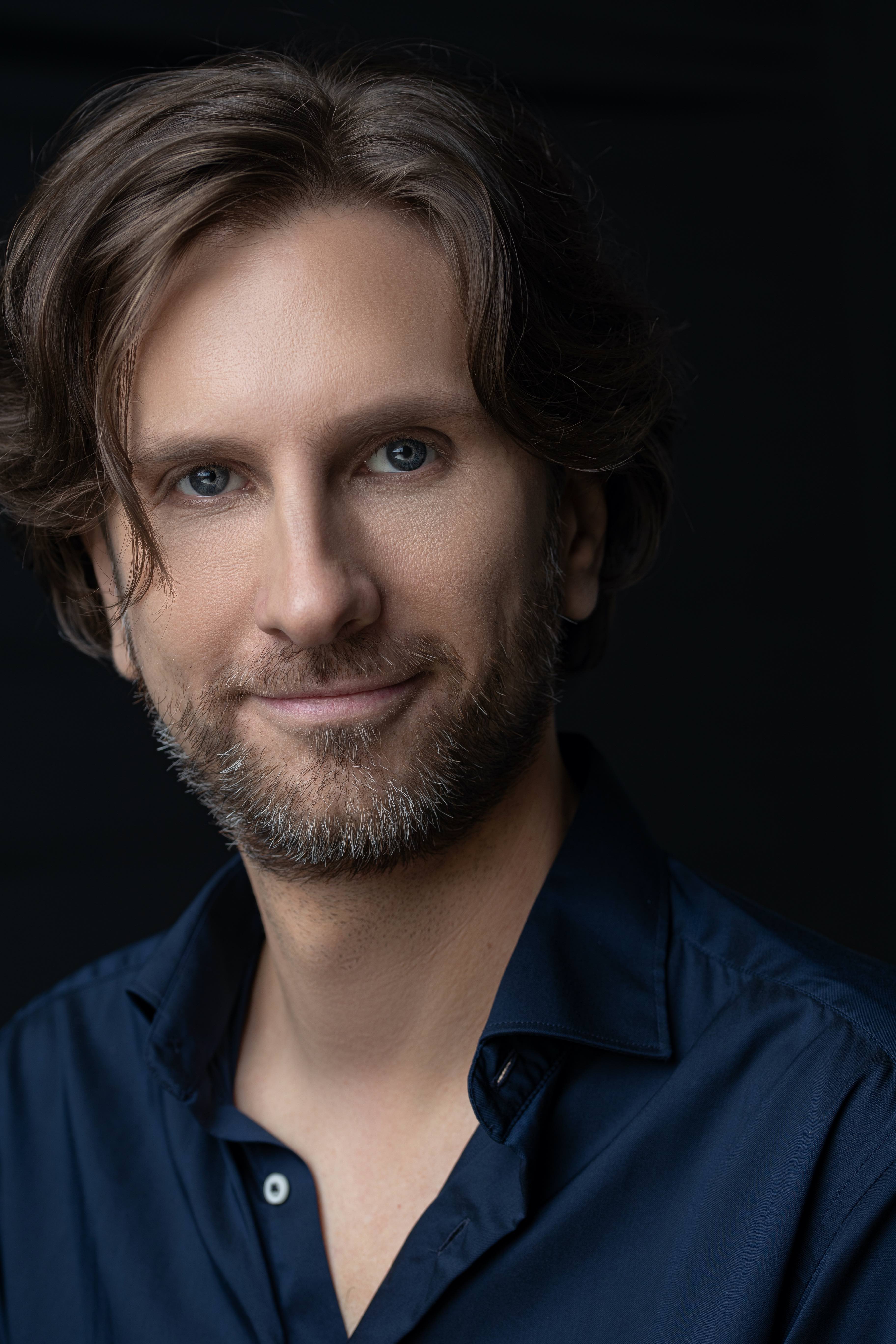