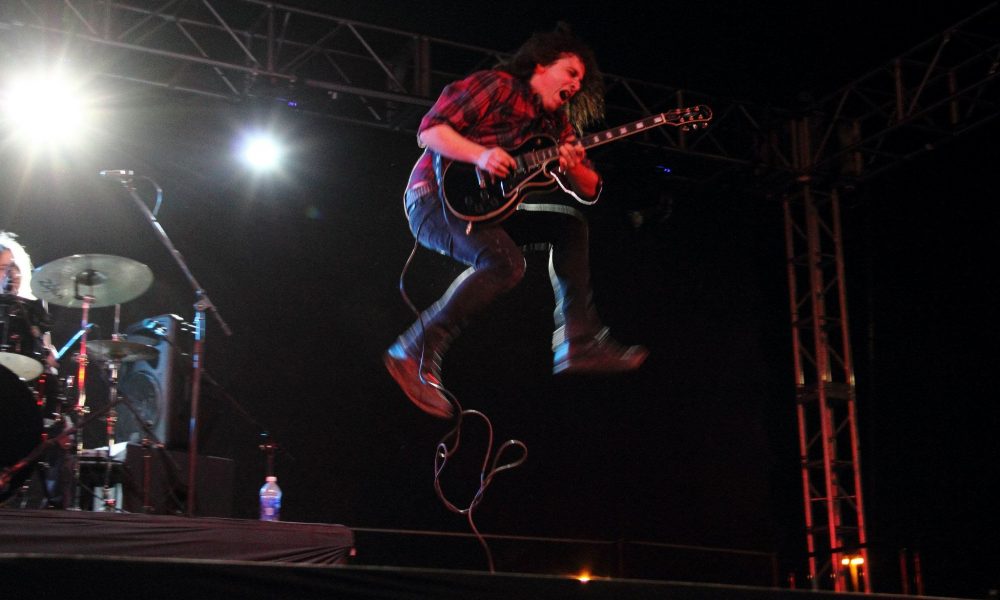 Today we’d like to introduce you to Crazy Tomes.

Alright, so thank you so much for sharing your story and insight with our readers. To kick things off, can you tell us a bit about how you got started?
I began playing music at the age of seven. Growing up in Israel, I started playing classical piano. After discovering the music of Elvis Presley, The Beatles and many others, I fell in love with Rock’n’Roll and switched my focus to the guitar. After moving to Virginia in 1998, I started playing in high school Jazz and Symphonic bands. It was around that time when I was unexpectedly invited onstage by my musical idol, Little Richard, for a song. While on stage, Little Richard gave me my stage name, “Crazy Tomes”!

During my years at The College of William and Mary, I studied Jazz Guitar. I studied with jazz guitar player Woody Beckner, I started my professional music career in 2003, playing local events in Virginia as well as theaters, clubs, restaurants and festivals. I played both as a solo act and with the Blues-Rock band Burning Wagon. Burning Wagon headlined and helped organize the “Kenya Feel the Rock” charity concert for Kenya, We were among the performers at Bruce Hornsby’s festival as well, which raised money for Malawi. After getting my Bachelor’s degree in 2006 in music and completing two east coast tours, I made my way west to California with some bandmates and began my new life in Los Angeles.

In California, I played locally for several years as a solo artist as well as opening for many legendary performers. In 2009, after several lineup changes, I moved on from Burning Wagon and joined the Pop-Rock band, Arrest My Sister. They performed for three years around the country, including in Carnegie Hall (2011), as well as festivals with major pop/rock acts and released their album “Make Your Move”, produced by the legendary singer Freddy Curci of the band Alias. Shortly afterwards, I joined the hard rock band Gundriver as a lead vocalist and multi-instrumentalist, Gundriver did two US tours with Michael Schenker Group, which included a reunion with the original band members of The Scorpions. During my time with Gundriver, we released two albums.

In 2013, my life changed in a very exciting way… After making my name known in both Blues and Rock scenes, I joined two of my favorite acts that I have admired since childhood. First, I was hired as bass player (and later as guitar player) for Blues legend Guitar Shorty, Guitar Shorty was the mentor of the legendary and late Jimi Hendrix.

In addition, I am the lead guitar player for R&B legend Swamp Dogg, performing with him every New Year’s Eve at the Roxy Theater since 2017. We have performed several times at the Ryman Auditorium (original Grand Ole Opry) with Bon Iver, among many other concerts around the world. In 2020, I joined The Red Elvises for their 25th anniversary tour and continued to tour with them as well.

I’ve played in nearly every state in America, as well as in Germany, Belgium, England, Holland, Slovenia, Austria, Czech Republic, Israel, Canada, Mexico, Brazil, Jamaica, Bahamas, Cayman Island, Spain and other places. In May 2015, I released my first solo album “The Imaginary World of Crazy Tomes”, co-produced with Burleigh Drummond of Ambrosia, which featured original material, collaborations with several Blues legends, as well as a cover of “Sympathy for the Devil” that features the original Rolling Stones percussion player and Afro-rock pioneer, Remi Kabaka. Songs from that album have been played on radio stations around the world and got the praise of many artists and music critics.

I’m sure you wouldn’t say it’s been obstacle free, but so far would you say the journey have been a fairly smooth road?
My life journey was not an easy one and I have faced many challenges. I was born with a speech disorder and impediment which I eventually overcame with a therapy and hard work at 5. In 1998, at the age of 14, my family immigrated from Israel to America. This was definitely a life-changing situation due to the cultural and social changes and not knowing English well at first. It took a lot of hard work and practice to adapt to my new home and prove myself to stand a chance in having a career as a musician. When I made the bold decision to move to Los Angeles, I faced many challenges. I was new to the music business, and it was very difficult o survive here in Southern California as a full-time musician. It took many years of struggle, pain and effort to get to the stability which I have right now. I overcame many broken promises, bad deals, and being financially cheated by people I trusted. I’ve dealt with the tragic deaths, as well as drug and alcohol addictions of some dear bandmates and friends. I’ve had to make tough choices with personal and business relationships… At times I faced discrimination, bigotry and abuse due to my Jewish heritage and being an immigrant. All in all, these moments of uncertainty and hopelessness during the past 20 years of my career have never slowed me down or silenced my music. No matter how hard it would get, I never gave up, and that’s why I’m still here.

As you know, we’re big fans of you and your work. For our readers who might not be as familiar what can you tell them about what you do?
I am a musician and a singer-songwriter. I specialize in guitar, particularly in the genres of Blues, Rock and Classic RnB/Funk, but also play Country, Jazz, Pop, Reggae and most other styles… In addition to singing and playing electric and acoustic guitar, I also plays bass, piano/keyboards and harmonica. I perform as a solo act and with my band doing my original songs and covers of songs that we like. In addition to that, I perform and tour with legendary acts such as The Chambers Brothers, Guitar Shorty, The Red Elvises and Swamp Dogg.

Described by some as “bluesy rock and roll with a touch of insanity”, I’m known as a unique artist due to my energetic live performances, virtuoso guitar playing, distinctive soulful vocals, and musical versatility. I keep the old-school classic sound alive and well, but with a new twist to it. Please check out my album “The Imaginary World of Crazy Tomes”!

Alright, so to wrap up, is there anything else you’d like to share with us?
Please check out my album “The Imaginary World of Crazy Tomes” it’s on iTunes, Spotify and all other media sources.

Join me for more music at www.reverbnation.com/crazytomes 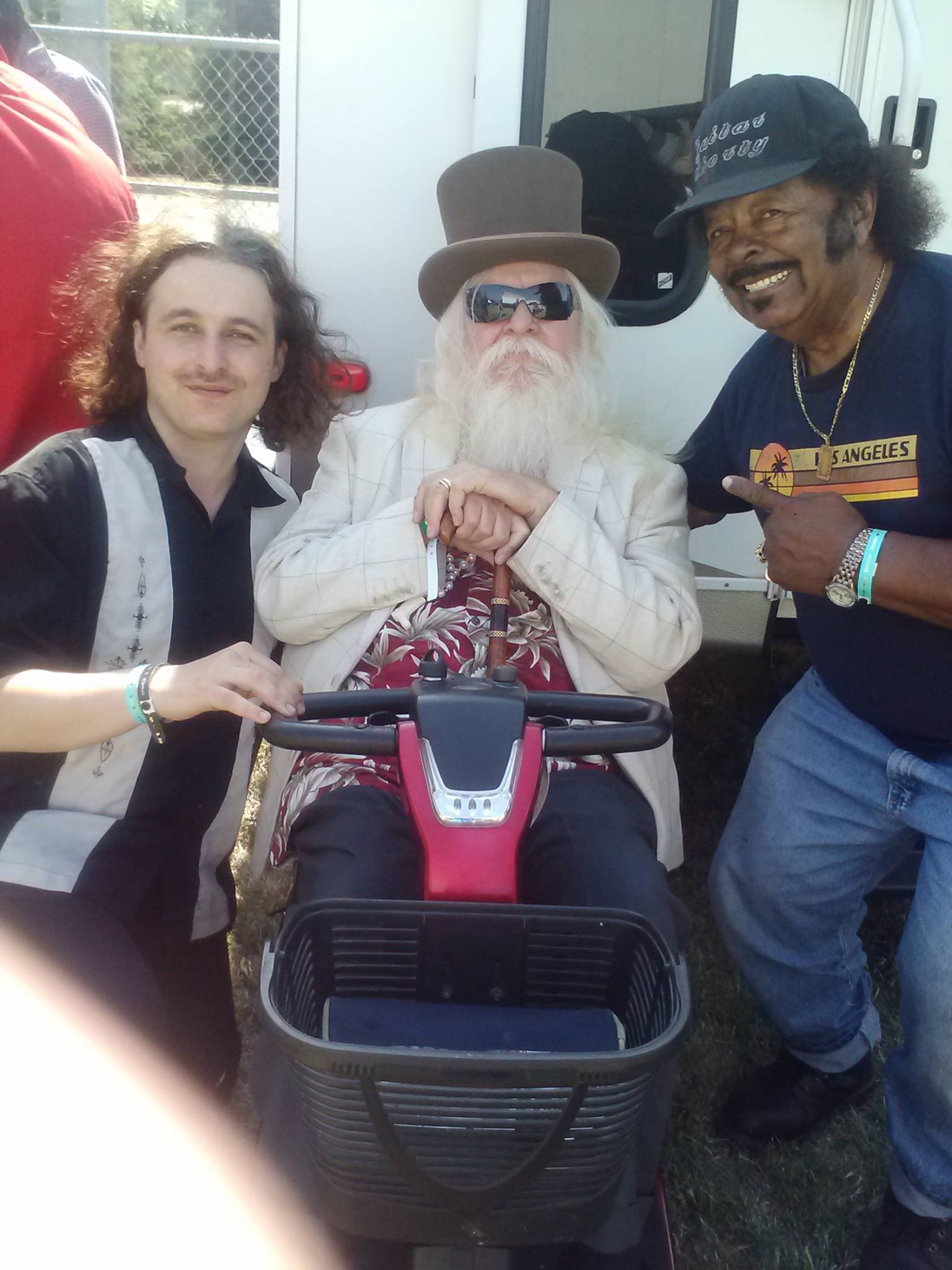 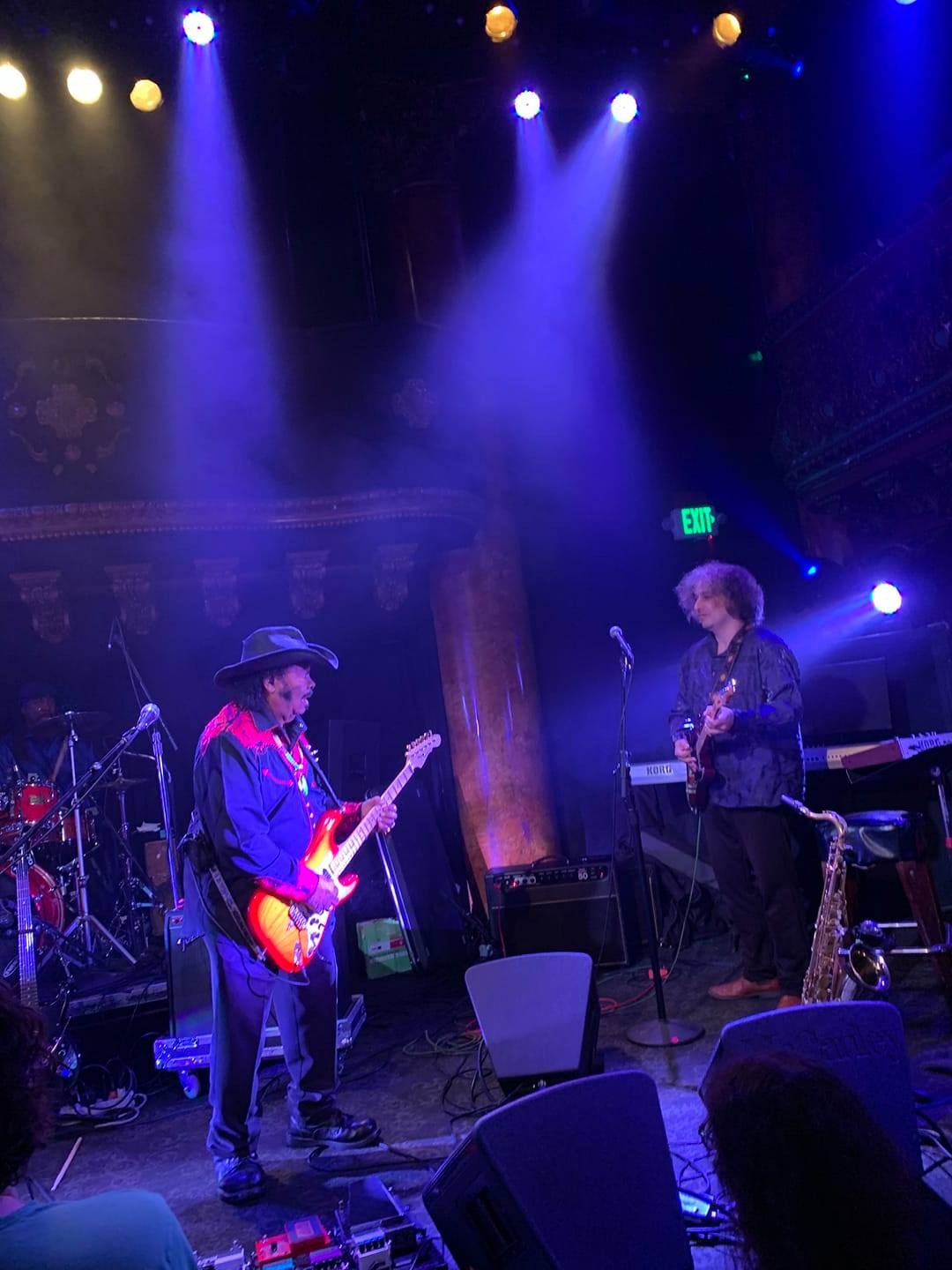 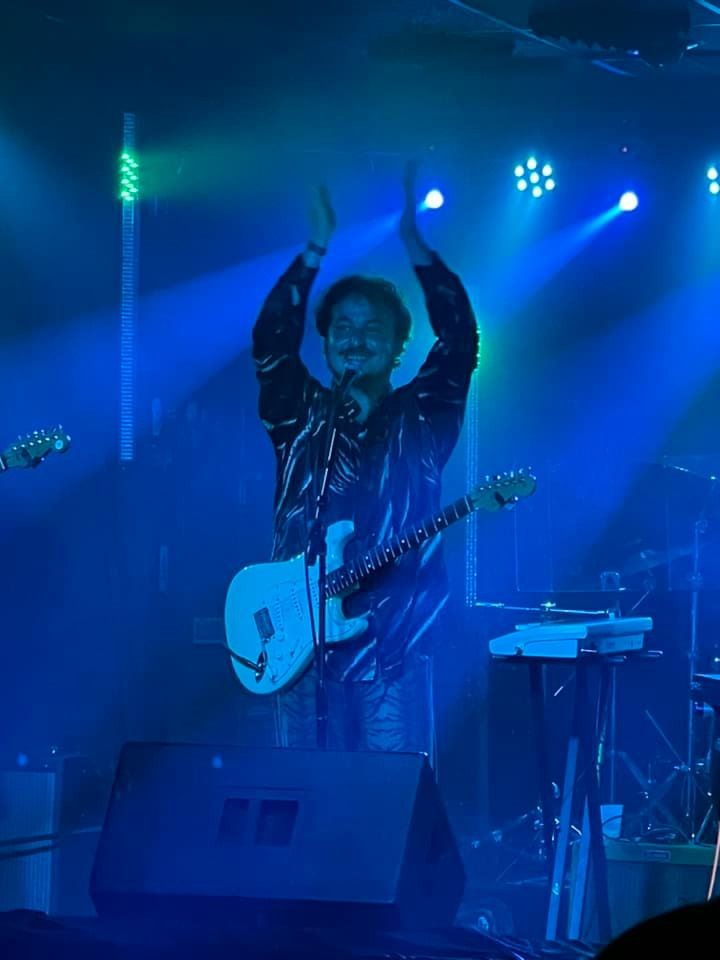 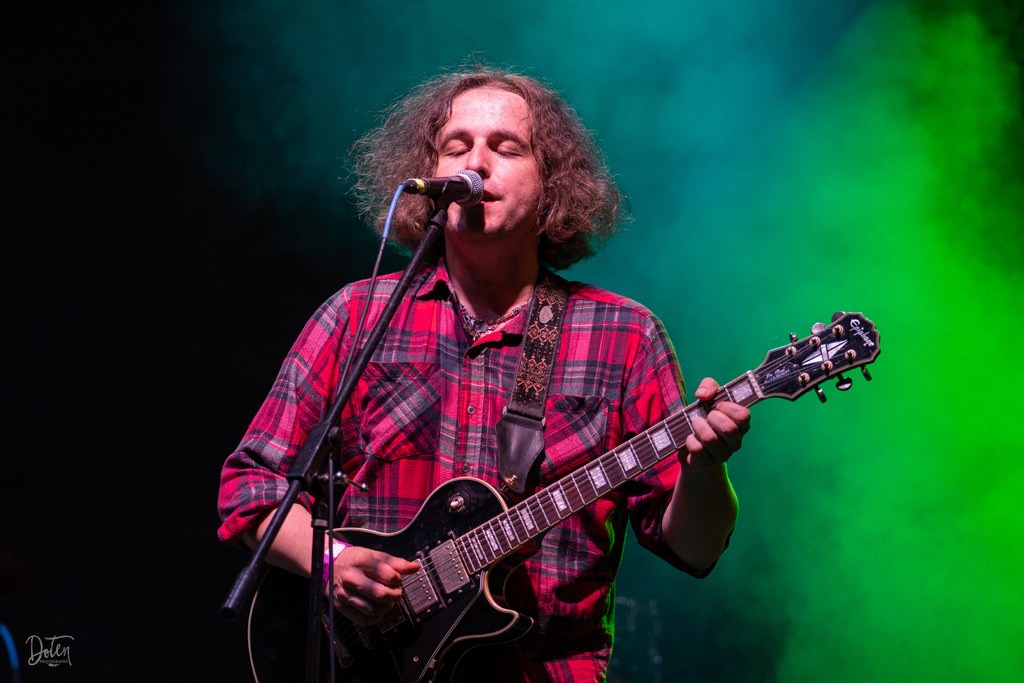 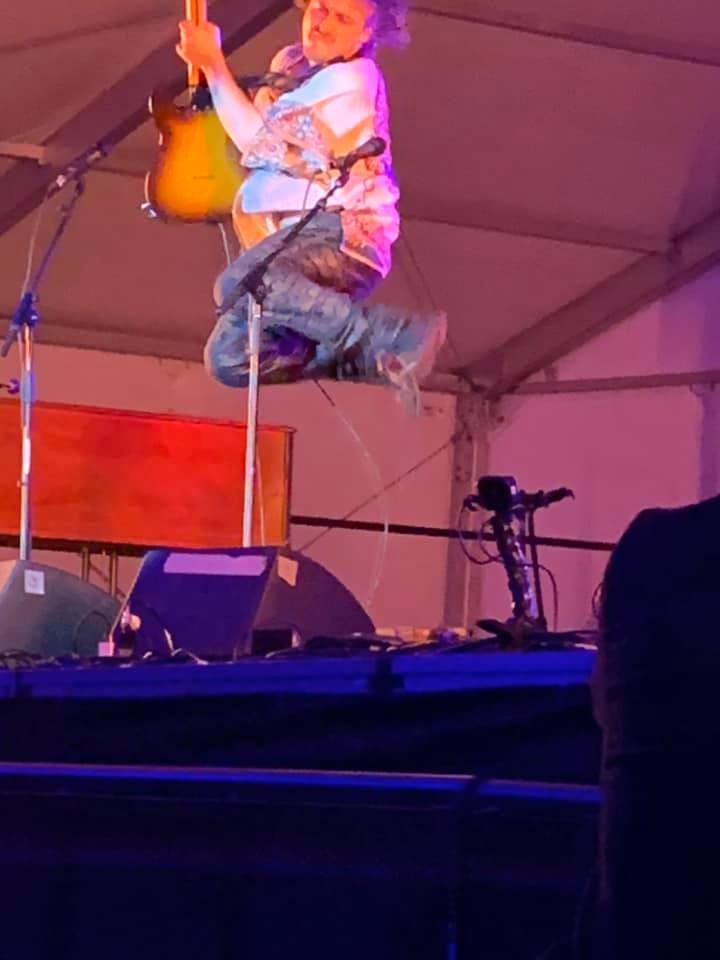 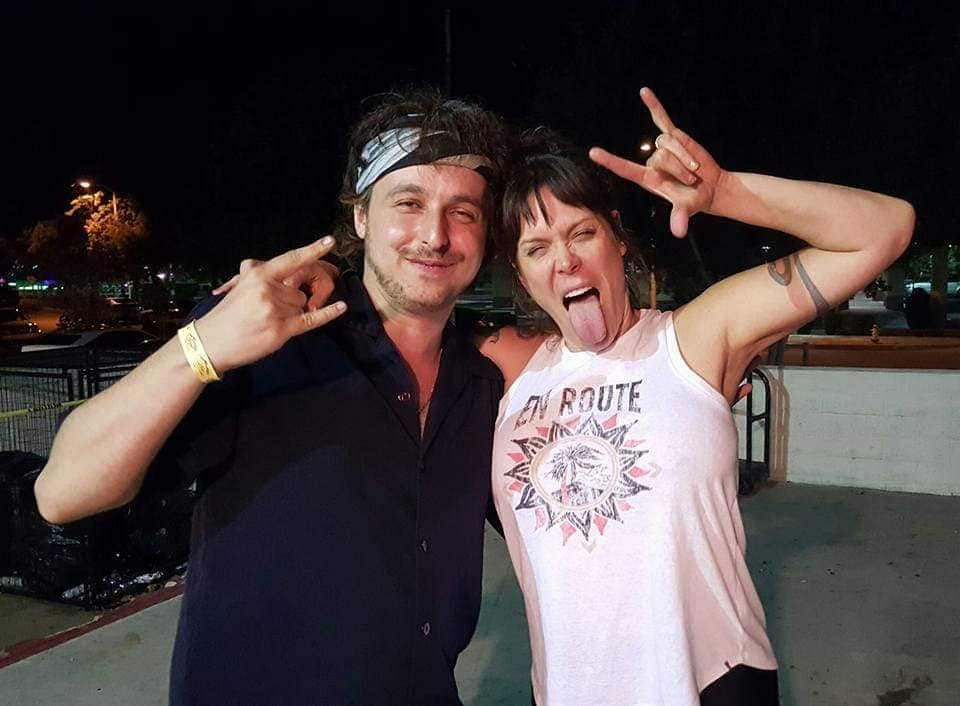 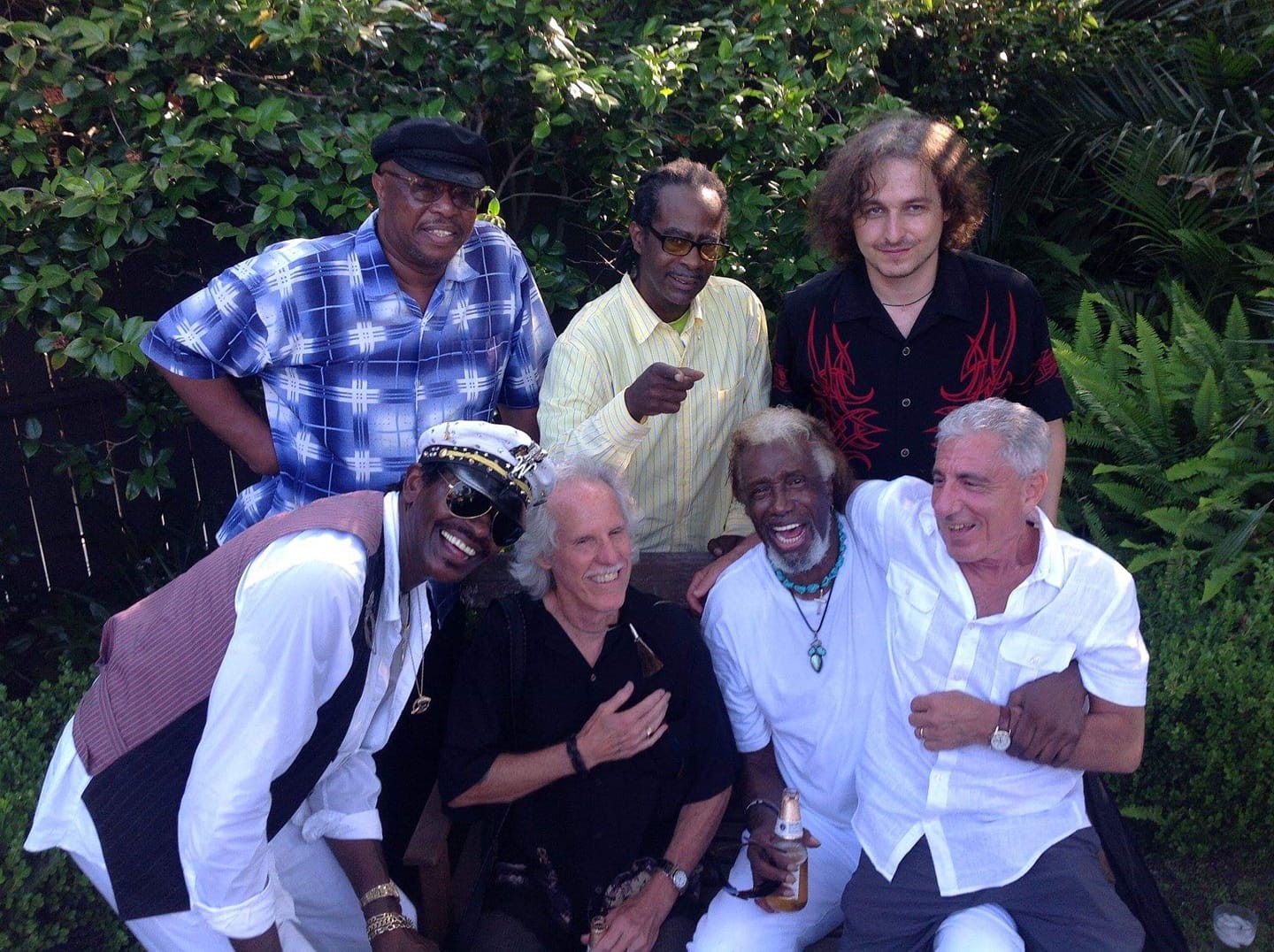 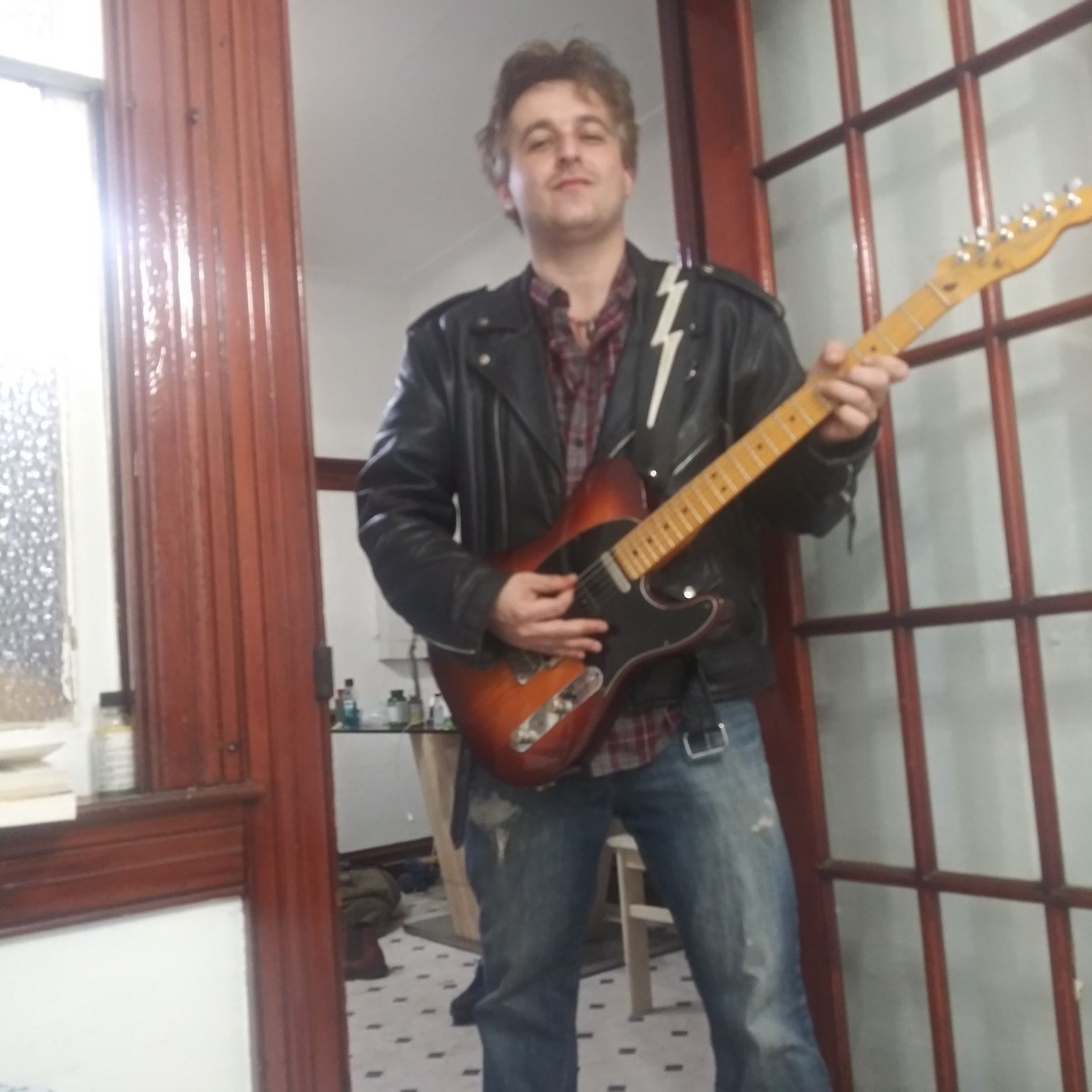