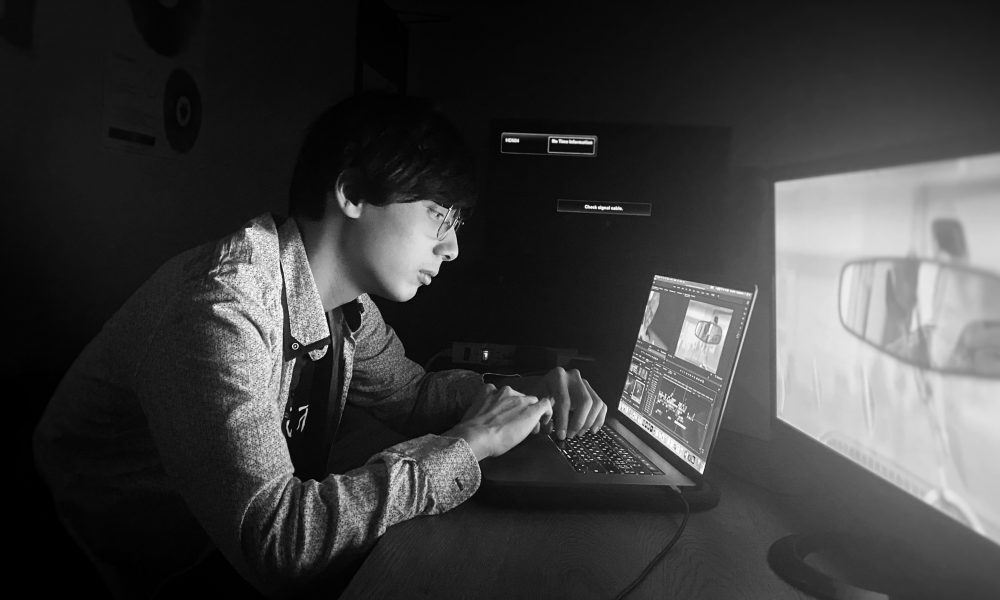 Today we’d like to introduce you to Christopher Ma.

Hi Christopher, thanks for joining us today. We’d love for you to start by introducing yourself.
It happened in a chilling morning in October 2019, as I just walked out of a chiropractic clinic in Monterey Park to treat my injuries from a car accident, I received a text regarding a potential editing job. Back then, I was feeling lost in my journey of filmmaking, and little did I know that the text would change my future forever.

I was born in San Francisco but was raised in Taiwan. Taiwan is the hometown of director Ang Lee, and the island had produced some of the best Chinese films from the 60s to the 90s. Since I was little, I had been fascinated by Ang Lee’s works, which is a perfect combination of art, entertainment, and root culture. Ang Lee inspired me to choose filmmaking as my career, and I went to National Taiwan’ University of Arts, the same school he studied film. However, I gradually found that my philosophy couldn’t click well with the mainstream ideology of the school, which is too artsy and local for me. I thought it might be more likely for me to achieve my goals in Hollywood, the center of the world’s film industry. Therefore, I applied for the graduate school of USC School of Cinematic Arts and came to Los Angeles after admission.

As one of the top-ranked film schools, SCA definitely makes me better in many aspects. SCA’s education helped develop me into a skillful editor and earned quite a reputation even before graduating. However, despite the fact that I enjoy editing, I somehow felt I was walking away from my original inspiration: creating original content. That is something an editor would never be able to do. Luckily, during my last semester in SCA, I received the life-changing text I mentioned earlier. It was a job to edit a six-episode documentary series for a production company called Narval Films.

At first, I took the job simply to earn some cash and put more credits on my resume, but while I was working for them, I found that Narval Films’s ultimate goal is surprisingly similar to mine, which is creating Chinese culture-based content that are balanced between art and entertainment. As I became very close with Narval Films’s core members after several ventures together, I expressed my desire and ambition of making original content to them. They then started to involve me in the development of various projects. Now I not only handle most Narval Film’s post-production affairs but is also a member in the producing team. This is like a dream come true to me. After so many years, I finally stopped self-doubting and is ready to face the upcoming challenges with my partners.

Can you talk to us a bit about the challenges and lessons you’ve learned along the way. Looking back would you say it’s been easy or smooth in retrospect?
Absolutely not, there are struggles in every stages of my career.

As I mentioned earlier, when I was in college, my style of filmmaking didn’t fit with the school’s. Most of my classmates are making films that are either artistic or hometown culture-based. I have a deep love in my culture, but I didn’t like those kind of approaches. The films I made are more genre and entertaining, as a result, no one thought I had a future in this industry, and I was even mocked and teased by my peers often.

In SCA, the problem is different but somehow the same. LA is a place full of opportunities, but at the same time it is the most competitive place for filmmakers. Turns out that most of the film students that overcome various challenges and stay in the business became a small moving part of the Hollywood industry, they make a living and help big movies get made, but they don’t get to do their own creations. Only a very small portion, perhaps one out of a million, did make successful independent films and rises fast into the industry and can make whatever they want. So if you refuse to be a small part in a big machine, and you are not both dazzling talented and super lucky, there is actually no future. That was when I lost myself.

After I joined Narval Films, the level of challenge shifts from individual to structural. Narval Films is a small production company consists of Chinese filmmakers. How we survive, expand, and fight ourselves from the very outside into the heart of Hollywood industry without much resources and connections while still maintaining our core value is definitely not easy. We are still working very hard on it, but I believe we can do it, and if we eventually succeed, we would have paved a new path for independent Asian filmmakers.

Thanks for sharing that. So, maybe next you can tell us a bit more about your work?
The most unique part of my work is that I am both an editor and a producer/writer, so I often get to oversee a project from its inception to its conclusion. This helps the project a lot because in pre-production and during production, I can solve many of the post-production problems before they even happened and help design concepts that will make us easier to elevate in post. As an editor, I have to oversee the whole post-production process and lay the foundation for sound design, music and color. Since I started working in the project since the beginning, I can balance well between orchestrating the film in a fresh, creative way but also keeping the spirit that inspired us to make this project.

As an editor, I am known for my pace controlling skills. Due to the fact that I learned piano for fifteen years, editing a film is like playing music notes for me. I can accurately find the right rhythm for a film and create the best pacing for it. Apart from that, I can read into the original inspirations of the directors and help them complete the films that they wanted deep in their hearts. I have edited many projects that have gone into top-tier festivals like Outfest, Rhode Island, and Hainan…etc. The most recent one is a documentary called “The Strippers” which was an official selection of St Louis International Film Festival. I am also currently wrapping up a suspense thriller called “The Seven Neighbors” and a documentary series called “Why We Dance.”

When I write or develop projects, I often combine political, social or historical elements into stories and is fond of depicting the darker side of human nature and the “grey area” of different subjects. I am currently working as one of the developers in Narval Films’s next feature film: “At Least There’s Hot Pot”. It is a film focused on four young Chinese immigrants forced to face the uncertainties of incarceration after an unexpected violent incident occurs. “At Least There’s Hot Pot” is set to film in February 2022, and I will also be editing the film. It contains almost all the elements I love about filmmaking. I am very excited about it, and I will do my best to help my team make it into something extraordinary.

What do you like and dislike about the city?
I love Los Angeles in many aspects, but mostly is because it is a city of immigration, and people from all over the world can blend in. I particularly enjoy the Chinese communities that reside in the San Gabriel Valley. Hearing my mother tongue and surrounded by delicious Chinese food make homesick something I seldom experienced. The dislike part is the traffic, but I guess that happens to every big city, so not a big deal. 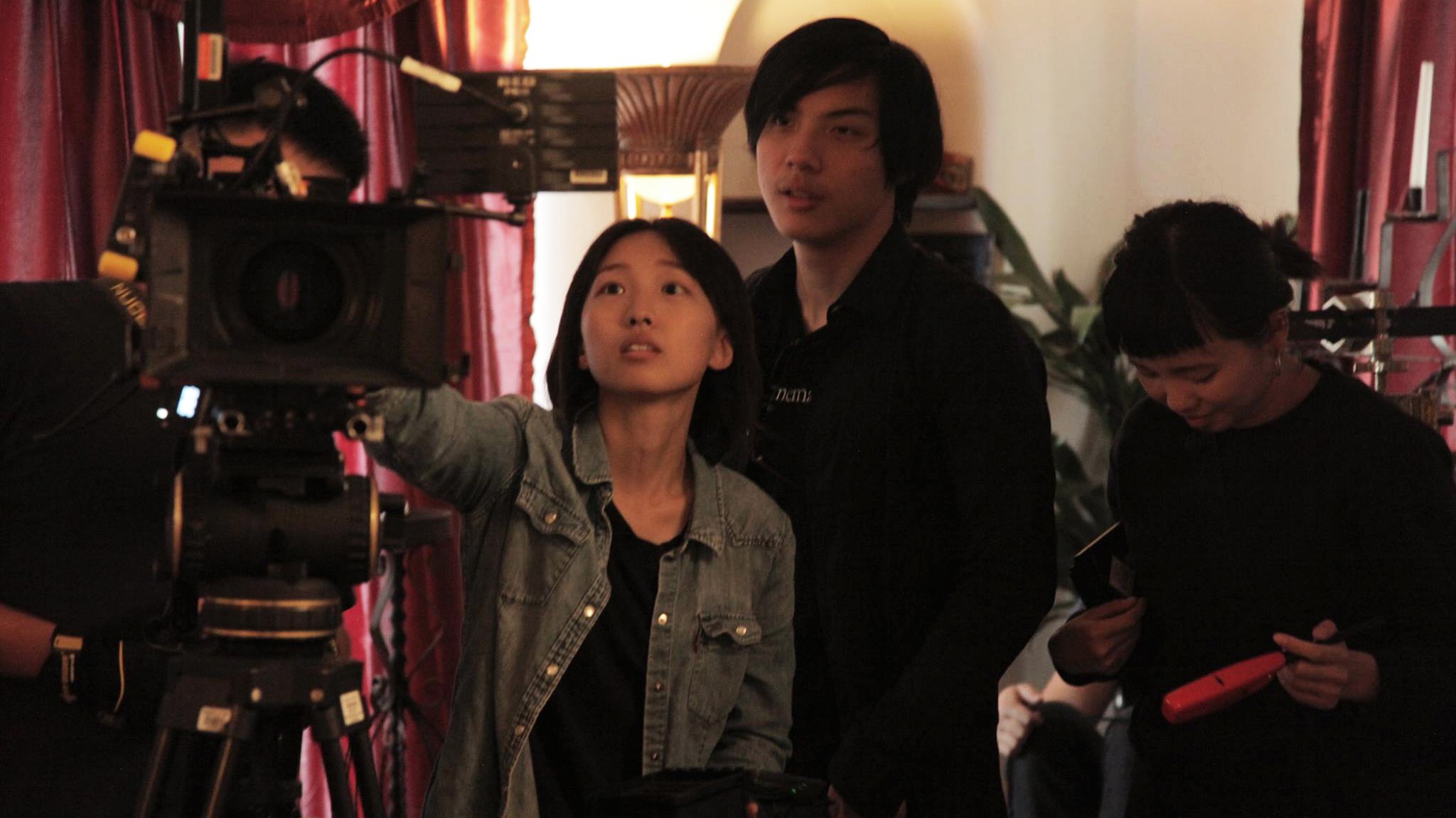 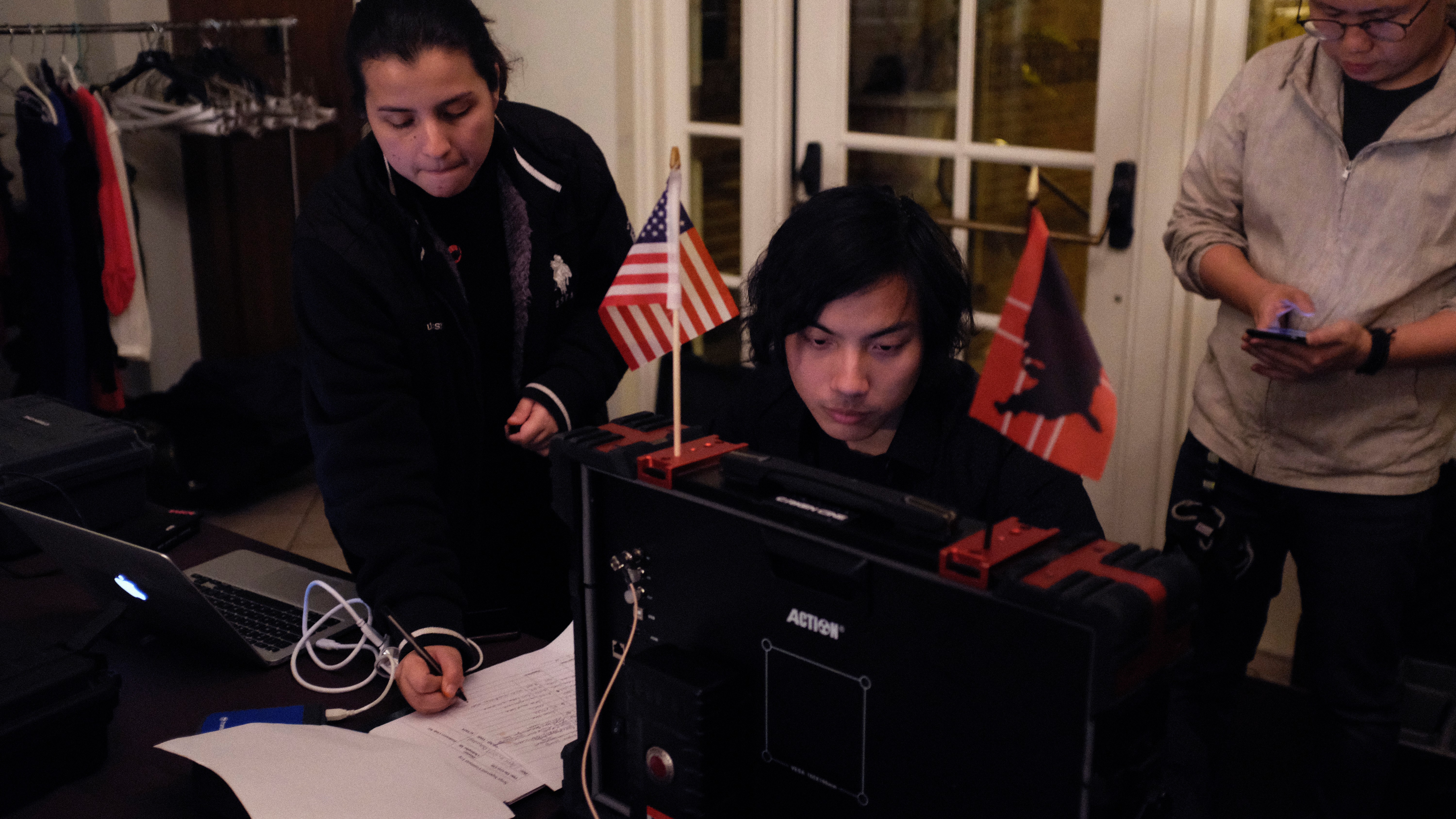 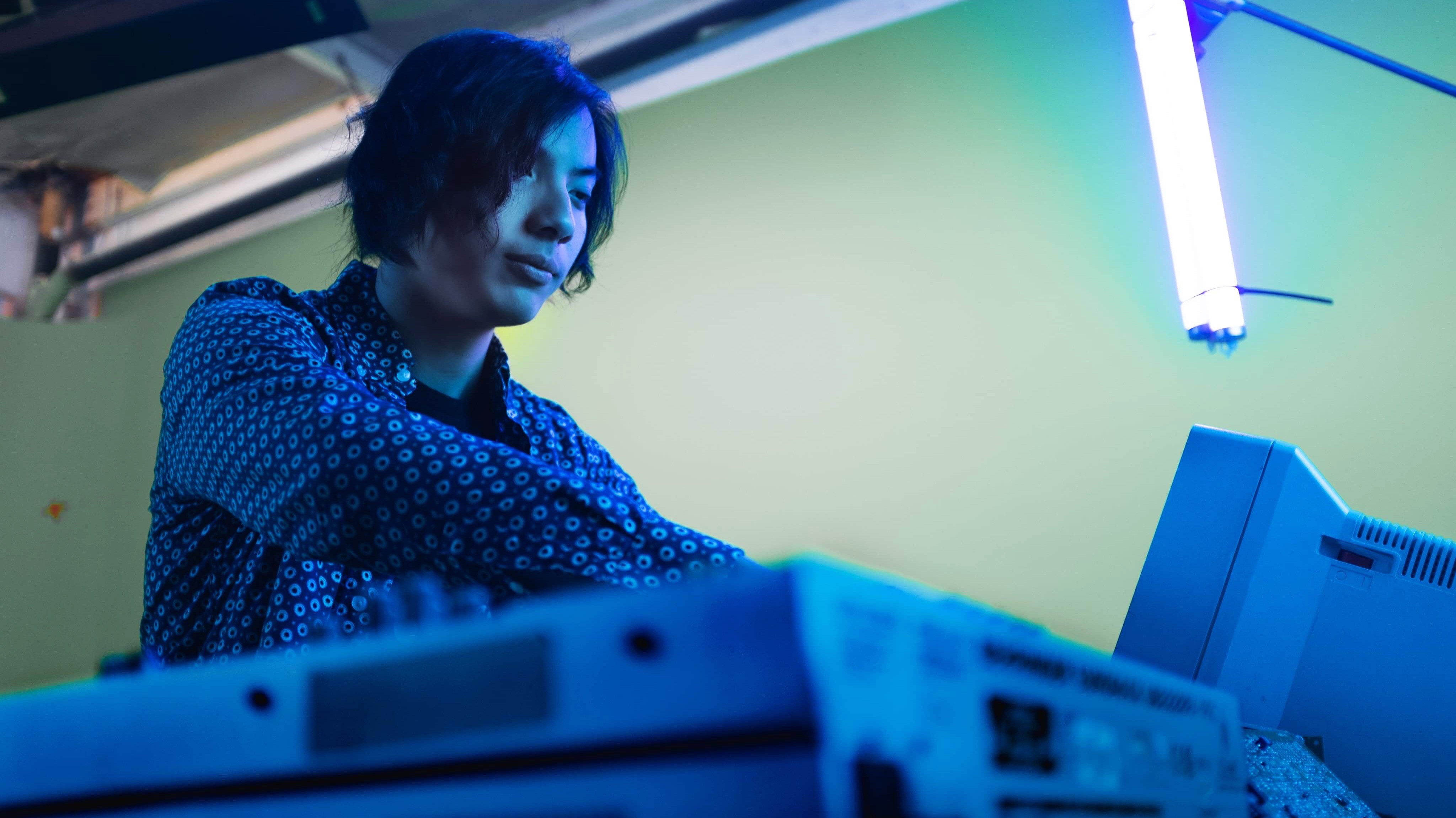 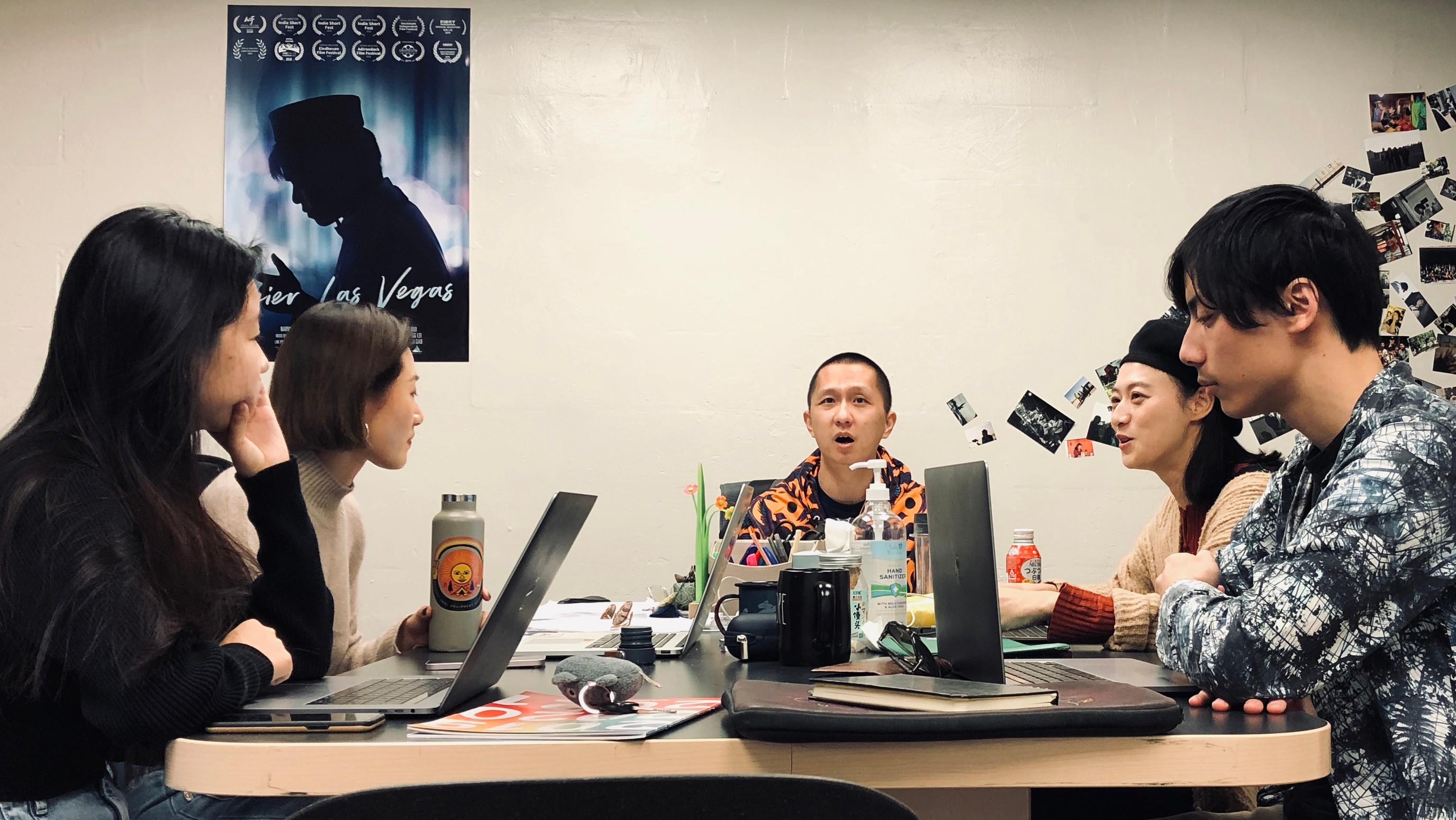 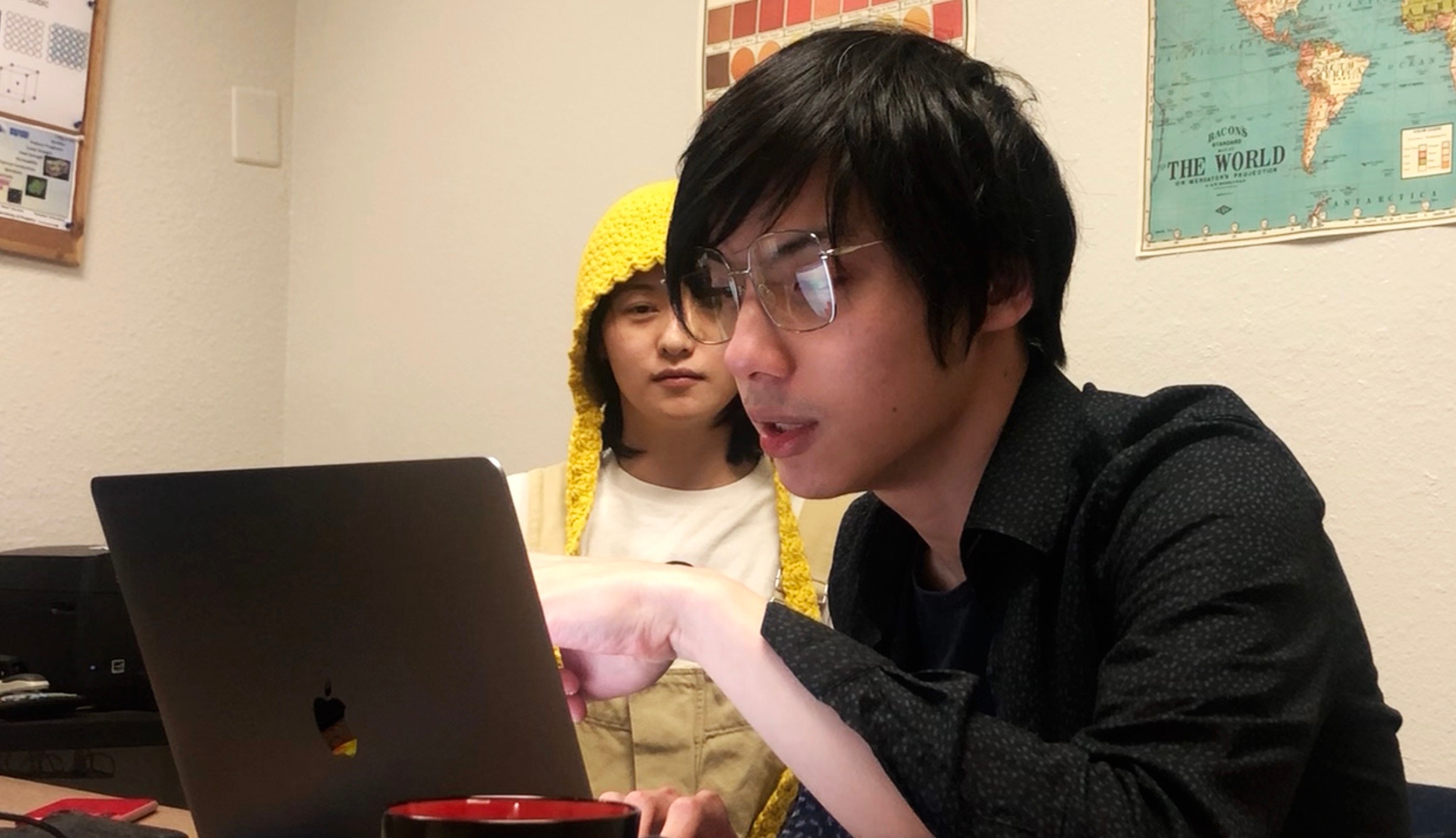