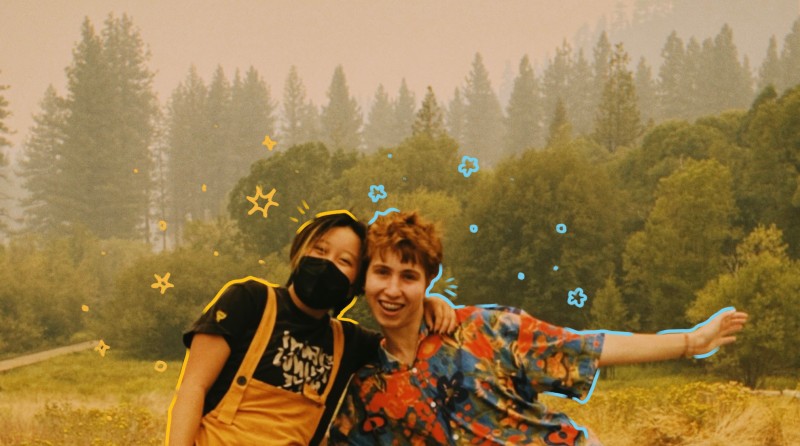 Today we’d like to introduce you to Casey Weisman and Mika Lim.

Hi Casey and Mika, so excited to have you on the platform. So before we get into questions about your work-life, maybe you can bring our readers up to speed on your story and how you got to where you are today?
The whole thing started when we were freshman in high school. By then, we’d been close companions for a solid two-‘n’-a-half years. As creatives, we loved bonding over our shared love for music and art, and we’d floated around the idea of collaborating on something before.

The inspiration for our first real song and what would eventually become the entire “lame kids” project arose suddenly and unexpectedly during that freshmen October. We were at the Hollywood Bowl’s “We Can Survive” concert, listening to Shawn Mendes’ “Lost in Japan.” The instrumentation immediately reminded us of the lo-fi music we’d been exploring at the time. As the song ended, we serendipitously turned to each other and exclaimed, “This would make a great lo-fi song!” It was sheer inspiration in that moment, and it sparked a genuine desire to truly follow through.

In less than a week, Casey produced a lo-fi remix of “Lost in Japan” and Mika made cover art. Eagerly, we released the song on youtube. Led by the inspiration and support of our peers and new internet followers, we thrust ourselves through more and more songs and expanded our platforms. By then, we knew that “lame kids” was here to stay.

We went totally gung-ho the following year, moving on from our lil’ songs and releasing our first album, “carmel by the sea” in 2019, based off of fond memories of a seaside town in northern California. It’s been a blast independently pooling our love for art and an artistic community, pushing each other’s creative boundaries, and branching out to new artistic horizons. Honestly, this past year has been our favorite year for lame kids! We’ve moved past lo-fi, expanded into new genres, and truly come into our own as a duo. (Not to mention, we released “Ferry to Lantern City,” lame kids’ obvious best song! –Casey) Right now, we’re hard at work preparing to release our newest album “dreamgirl” in September, and can’t wait to continue to make new art into the future!

I’m sure you wouldn’t say it’s been obstacle free, but so far would you say the journey have been a fairly smooth road?
The fact that we’re, like, still in high school is both a blessing and a curse. While grappling with inexperience and balancing everything else that pops into a teen’s life has complicated the journey, it gave us the opportunity to forge our skills ourselves and gain experience firsthand. We’re also completely independent, which means our only resources are ourselves, but it also means the only ones in control are…well, also ourselves.

Mika: As the artist for lamekids, I’ve had to make art on a pretty regular weekly basis, both as promotional material and as part of maintaining our social media presence. At the time of beginning the process I was somewhat out of practice in making digital art, so making so much art and knowing that it had to be high quality since it was being posted was definitely stressful. I had to learn how to make art that I was satisfied with under time constraints, and I think I’ve become more efficient and decisive in my art process.

I also have a slight perfectionist streak when it comes to my art, so I would initially tend to steer away from new techniques outside of my comfort zone, fearing that trying something new would have disastrous results. This project has definitely forced me out of my comfort zone, and at the same time, almost freed me to experiment with new methods and subjects. It’s sometimes been stressful, but I genuinely believe that this project has helped me push the boundaries for what I can make.

Casey: Throughout the years, I’ve noticed myself not give myself enough time while also begging for more time, all the time! I’ve found myself comparing myself to experts and idols, forgetting that in a way, I’m still a beginner at this and that I have all the time in the world to improve. But at the same time, I wish I just had more time in the day to just create, and work, and better myself. I remember thinking I was going to have “dreamgirl” ready to release by the end of 2020 which didn’t quite work out…

All that said, a pretty annoying obstacle is how expensive it actually is to be a producer. Good DAWs cost hundreds of dollars, and you gotta buy presets and instruments and samples and stuff. At first, I held off on exploring that kind of stuff because it was too overwhelming, but at this point I think it’s out of principle. Besides, I think it’s more charming to just make it work with what I have.

Appreciate you sharing that. What else should we know about what you do?
Lame kids is a multimedia, multigenre, multivitamin duo combining marvelous composition and magnificent production with visual art and animations full of spirit (and by spirits we mean ghosts). Our work defies genre, ranging from alternative to indie to kawaii to bedroom pop to electronica to whatever genre video game music is (wait, wait, don’t tell us. It’s better that way).

With inspirations including In Love With a Ghost, Lullatone, Oncle Jazz, and the Bee and Puppycat soundtrack, our upcoming album “dreamgirl” will be our most conceptual, artistically innovative body of work yet, instrumentally tackling themes of nature, happiness, and reality. We wanted the album art to feel like a new beginning and experimented with calm colors and a more minimalist composition. Mika wanted it to evoke the same feeling you’d get when waking up and starting a new day, the feeling of looking at an endless sea and only seeing a kaleidoscope of possibilities. We love partnering up with our friend Kae to make music videos, and “Dreamgirl: the Short Film” will follow a girl as she battles depression and a love interest who she perceives as a savior.

How do you think about luck?
Luck has definitely been a factor in our progress, after all, the spark for the idea of lamekids came from a chance moment of inspiration. There was a time when we were somewhat lost as to how to find a distributor, which was when DashGo, our current distributor, reached out to us. Through them, we were able to put our music on Spotify and gain a new audience and expansive platform, though we often wonder where we would be without them noticing us and choosing to reach out.

With four years of experience under our belt however, we’ve really begun to be even more active in the process of promoting our art and expanding our outreach. We’re still incredibly grateful for the moments of luck and chance that factor into our success, but we believe it’s always most rewarding to have self-made success and rewards we know we’ve worked for rather than left to chance. 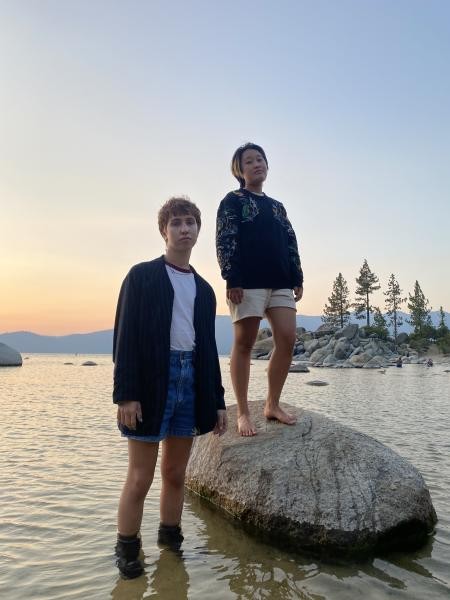 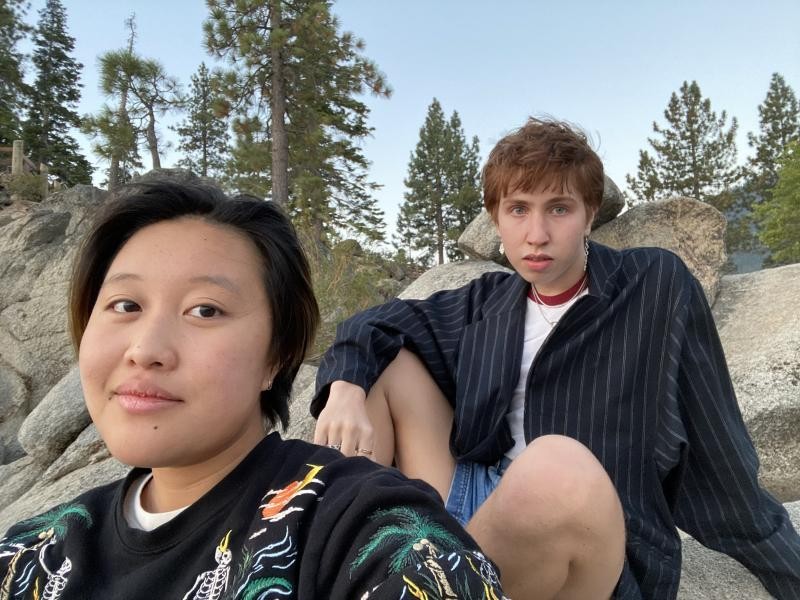