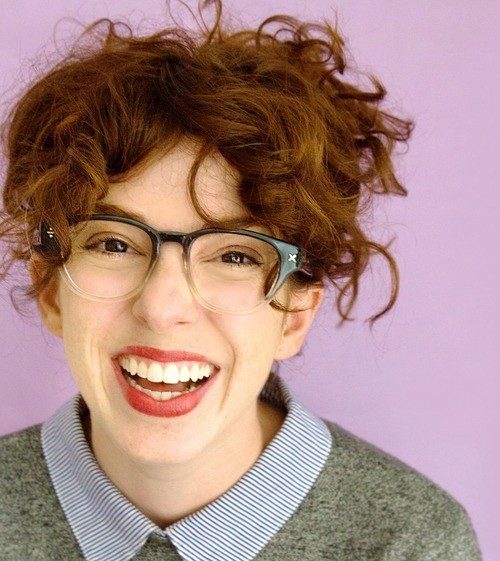 Today we’d like to introduce you to Brigid Marshall.

Hi Brigid, can you start by introducing yourself? We’d love to learn more about how you got to where you are today?
My story, my story — this feels like a therapy intake question —

Well, I’m from a large family, like four brothers and a sister large family. And yes, we’re Irish, and yes we’re Catholic, and yes “Get over it” would be on our family crest if we had one.

My large family is the first thing I mention because it’s probably the thing that has defined me most. My oldest brother Larry introduced me to pretty much everything, but he did it in the sort of casual way that you’d see in a movie, or that’s how I choose to remember it. Like, I’d be hanging out in this closet off our living room. I was known for spending time in small closets or cabinets growing up. It was a good spot to be alone, tough to come by when there’s noise coming from literally every direction. So much noise. My friend Brian Biancardi, an excellent stand-up, refers to the people who emit this brand of sound as “Screamy/Yellys.”

Anyway, Larry’d knock on the door and toss in a Red Hot Chili Peppers or Pearl Jam tape. That’s right. Tapes. Once he brought home a French tape from school. I of course nabbed it and learned “Mary Had a Little Lamb” in French for Show-and-Tell. SHE LOVES TO PERFORM!

Larry brought me to my first improv show at iO Chicago — the Armando Diaz Experience. I was starstruck. He also showed me where all the free parking in Wrigleyville was, starting my obsession with finding free parking in a sea of expensive meters across the United States.

He was the first person I actually knew star in a play, “The Glass Menagerie”, where I was like, damn — I could do that.

I had always been interested in theater. In the 4th grade I played Annie in “The Sound– kidding, in obviously “Annie.” But, it’s interesting how other people’s interests have always sort of pushed me in one direction or another. I took improv in high school through Second City, and then I got to college at the University of Iowa, a school I picked because it smelled good and had “construction going on” code in my dad’s head for, “Don’t go somewhere that’s become stagnant and has no interest in growing.” Good advice.

Improv was weird in college, so I didn’t do it, opting instead to host a radio show on Wednesdays between 1-4 am, then later 4-7 am, then eventually 7-10 am. I called it “The Early Morning Airstrike” every time. My dad, a true ham, called in a few times pretending to be my Grandma Bette.

Art, theater, sarcasm, and most importantly, teasing has always come naturally to me, so it was weird that I thought I’d work in marketing in Chicago and wear suits, an idea fed to me undoubtedly from my parents. In their mind like many parents, I assume, hobbies were hobbies and jobs were jobs, and never the two shall mix. Fortunately, I couldn’t get a job-job when I moved to the city because our government is VERY GOOD at recessions, so I took classes at iO because I missed performing. I worked part-time at the Goodman Theater and J.Crew and was content for a while.

Chicago for me was like what others might have experienced as graduate school — I lived on the Northside for about four years, and much to my mother’s chagrin I headed to LA because my sister had just finished a grad program at Loyola Marymount in Screenwriting and my younger brother Kevin had just finished his undergrad in Screenwriting at USC. I was supposed to move a year earlier, but for the second time, I got hit by a car on my bike in Chicago’s Lakeview neighborhood, so put that on hold, which worked out because I ended up auditioning for a Harold team at iO (for the second time) and got placed on the first iO Harold team that had more women than men. WOW. This wasn’t that long ago, but it seems like a different world.

By the time I got to LA, I had already figured out that “hobbies were hobbies and jobs were jobs” was bullshit, but that mentality really did help me once I moved here. Because “Show Business” is a business — and if you can’t pay your bills then you can’t even start being an artist. Not really.

My first gig was as a PA for Whose Line Is It Anyway? Which is just hilarious that that was my first job. I had done a ton of improv myself but had never seen the show. All this to say, in retrospect, everything lines up pretty well. I always say everyone makes sense given their experience in life.

Now I live that sweet work from home life, audition all the time, have directed, written and starred in a handful of short films and indie features, in 2021 booked my first SAG National commercial, helmed by SNL director Paul Briganti.

And all it took was about … a million improv shows, half a million sketch shows, five million auditions, 10 million classes, oh, and two bike accidents and five siblings. EASY.

Alright, so let’s dig a little deeper into the story – has it been an easy path overall and if not, what were the challenges you’ve had to overcome?
All kidding aside, I feel very fortunate to have been gifted the work ethic and follow through of my father. Until I got to college, I didn’t know that most dads don’t work 6-7 days a week. Then again, most parents don’t have six kids. But, I’ve also been gifted the voice of my mother, “Don’t just work hard, work smart.” She worked for 40 years as a part-time surgical nurse while raising six kids. “If your father dies, I still have my pension.” I mean — that’s working smart, if incredibly depressing to hear on repeat.

My greatest challenge was the voice in my head that always felt like I was struggling to keep up, that I started too late, that if it didn’t come easily that it wasn’t meant for me. Confidence is a really easy thing for me to fake. Confidence is not an easy thing for me to actually have. But then the flip side was, if it comes easily, then you don’t deserve it. Talk about some BRAIN LIES! I attribute this to why I am a professional actress and not a professional singer.

Even now, I started teaching sketch and improv to middle school kids during the pandemic, and I was scared. I was scared that I had nothing to teach them. INSANE. They’re 11. They know nothing! I have so much to teach them!

And even though this built-in fear that I am an imposter won’t go away, every day I know I can show up and do the work. I have to remind myself every day that overnight success is always ten years in the making. And to you out there being like, what about baby stars!?! I say this, EVEN BABIES success is not overnight. Their parents laid the groundwork.

I read in Steve Martin’s memoir “Born Standing Up” that “Perseverance is a great substitute for talent. Practice, practice, practice.” I like to think I have both, that sweet spot. Am I utilizing some fake confidence? YOU BET!

Alright, so let’s switch gears a bit and talk business. What should we know about your work?
Other than being a professional auditioner (which I am extremely proud of, as it’s freaking cool to get audition requests for network sitcoms or features directed by Aaron Sorkin), I am in pre-production with my co-op production company, Great Hair Productions, on a short film I started writing eight years ago. (See, everything IS 10 years in the making).

Just before the screeching halt, I had booked a pilot and been pinned for network drama, so just stopping or moving out of Los Angeles couldn’t have been further from my mind. Throughout the (ongoing) pandemic, I kept to the grindstone, taking classes at Stan Kirsch Studios and with G. Charles Wright; writing sketches and characters with The Pack Theater show Time Flies; along with starring in the indie feature, Mary Tyler Millennial; directing two short films and Assistant Directing three more. I co-created a micro-series with my then-boyfriend called Quarantine Story, think Marriage Story, but dating/pandemic/1-5 minute episodes. And magically, slash not magic at all, I booked a SAG national spot for Verizon’s Visible Wireless where I am doing acrobatic yoga on a paddleboard on a lake in San Dimas.

Being able to stay focused amidst all of the mayhem is the only way I know how to get through anything. Oh, that and re-runs of New Girl, a show that I think has some of the best-crafted jokes in recent memory.

Can you talk to us about how you think about risk?
I ride a bike in Los Angeles, ’nuff said. Four months into the pandemic, I sold my 2014 Jetta, the only year of Jetta that straight-up blows, and got back on a bike after seven years. Even if something scares me, and in this case, scarred me, I can’t stay away if it’s something I love to do.

I love to perform. I love to share my perspective with the world, I love to test the limits, and I love to say the inappropriate joke so I can figure out who laughs; that way I know where my people are in the crowd and don’t have to waste my time. I already feel like I have no time as it is.

Years ago, I bought a guitar because I’d always wanted to learn. After a few more years, I decided to learn and got ok with being bad. And now I know how to play the guitar. If I had just let it sit in the corner however many years ago, I’d be the same age now regardless, but I wouldn’t know how to play the guitar. And that would suck for you guys. 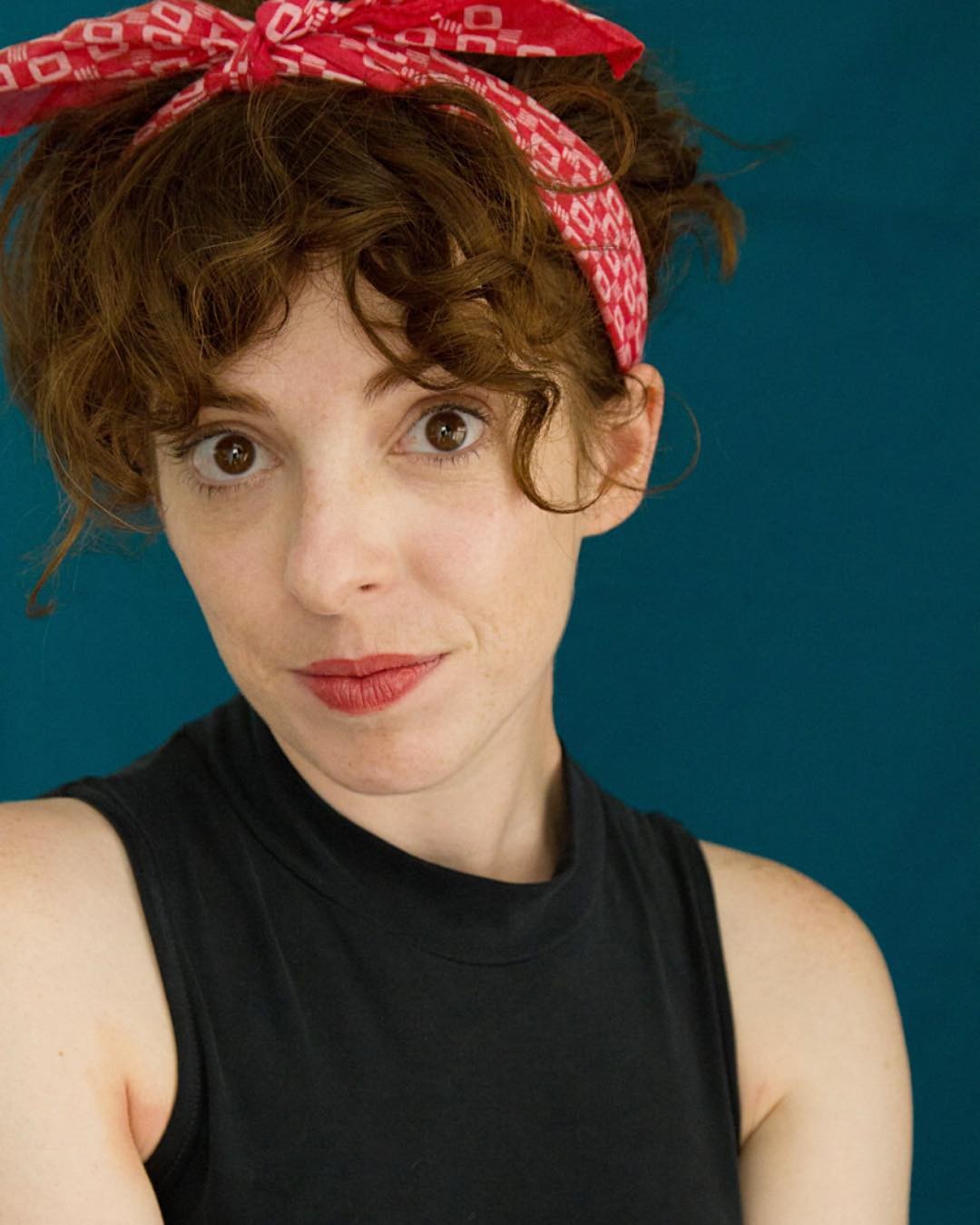 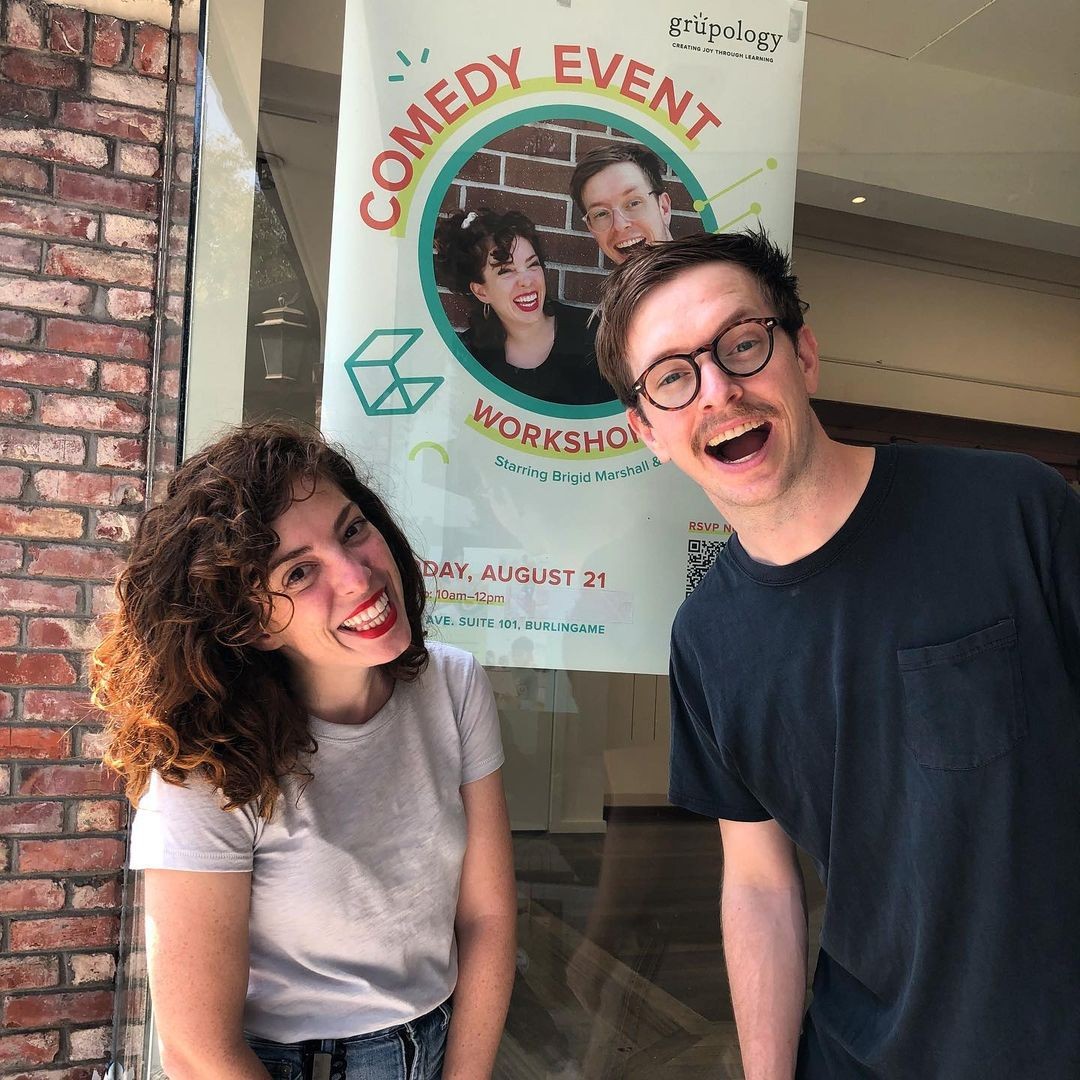 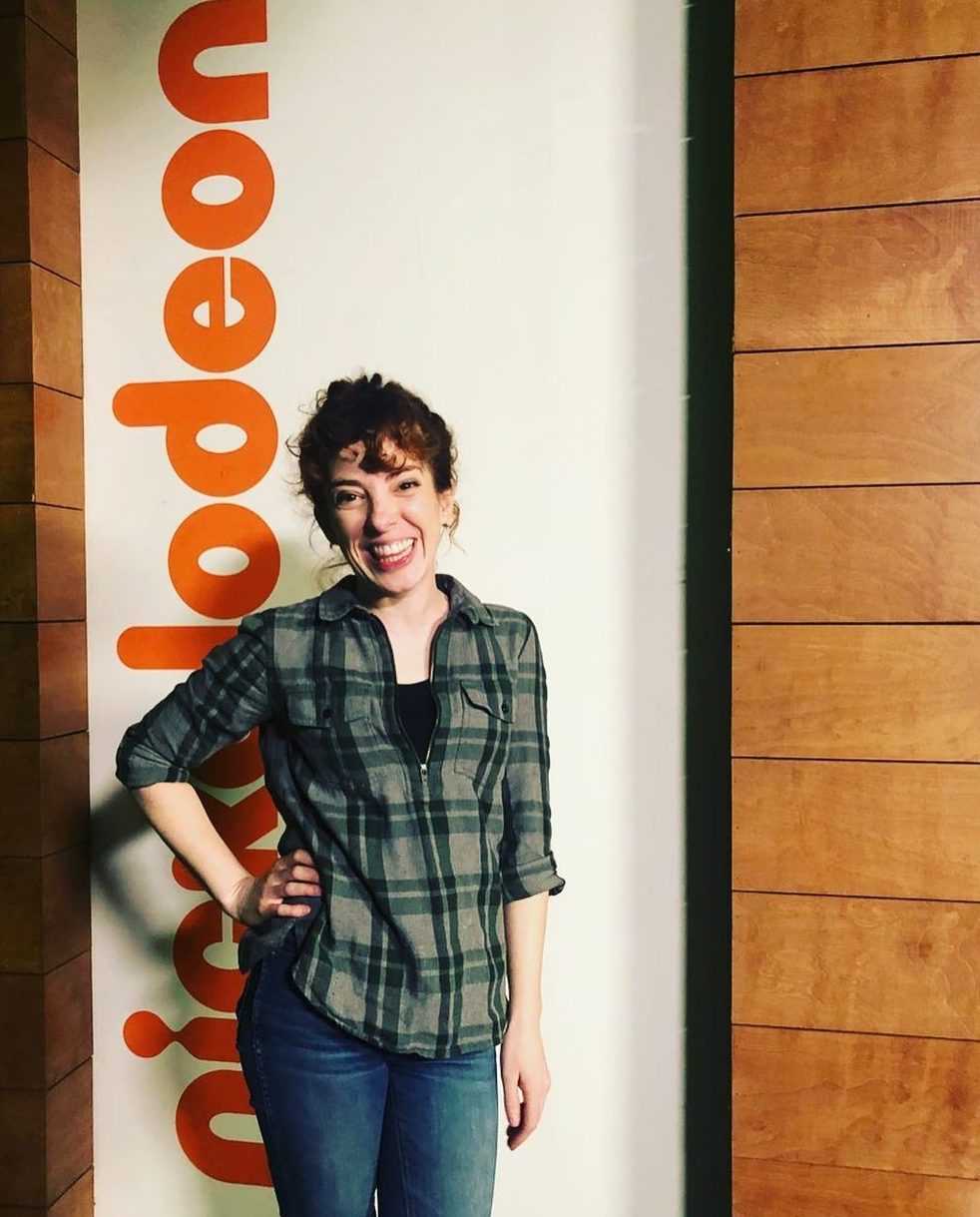 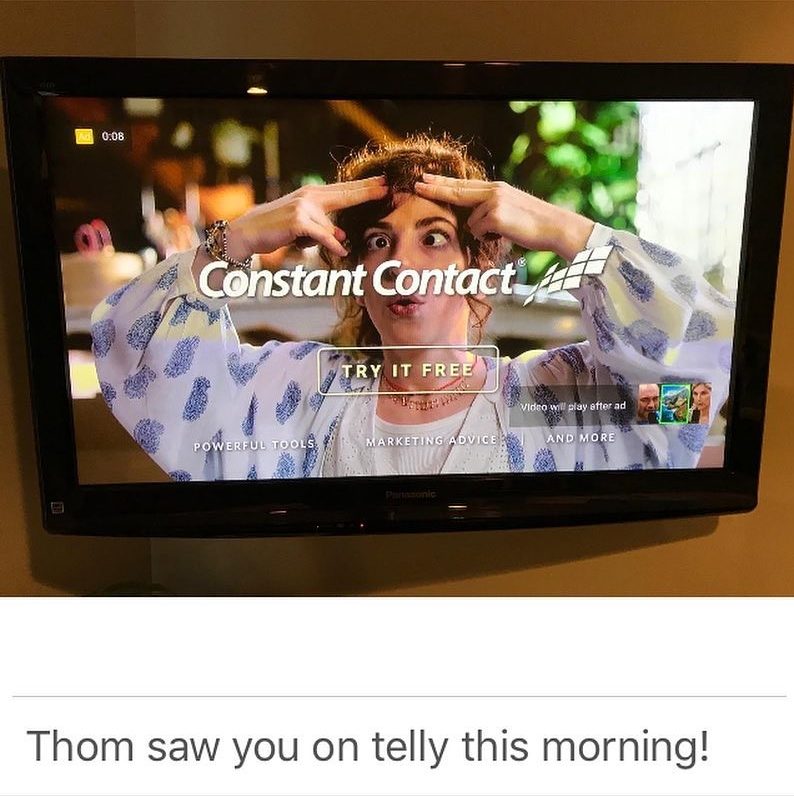 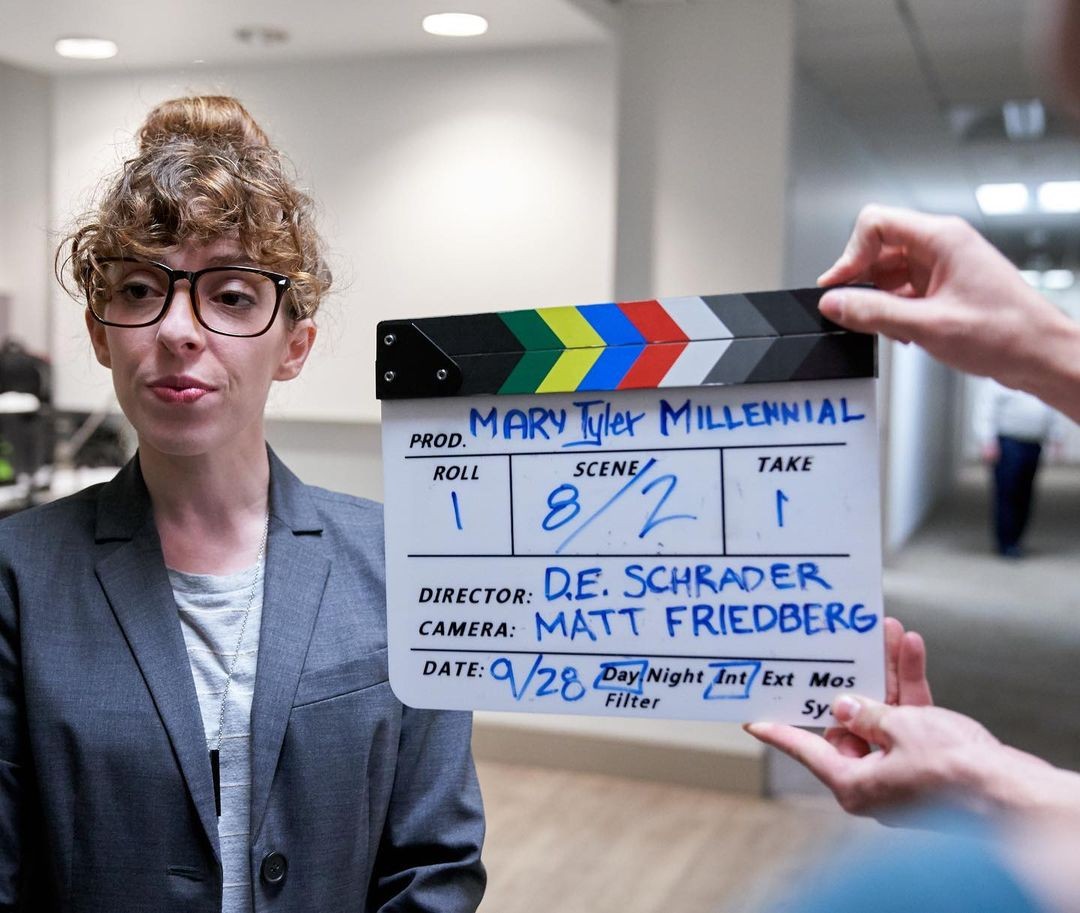 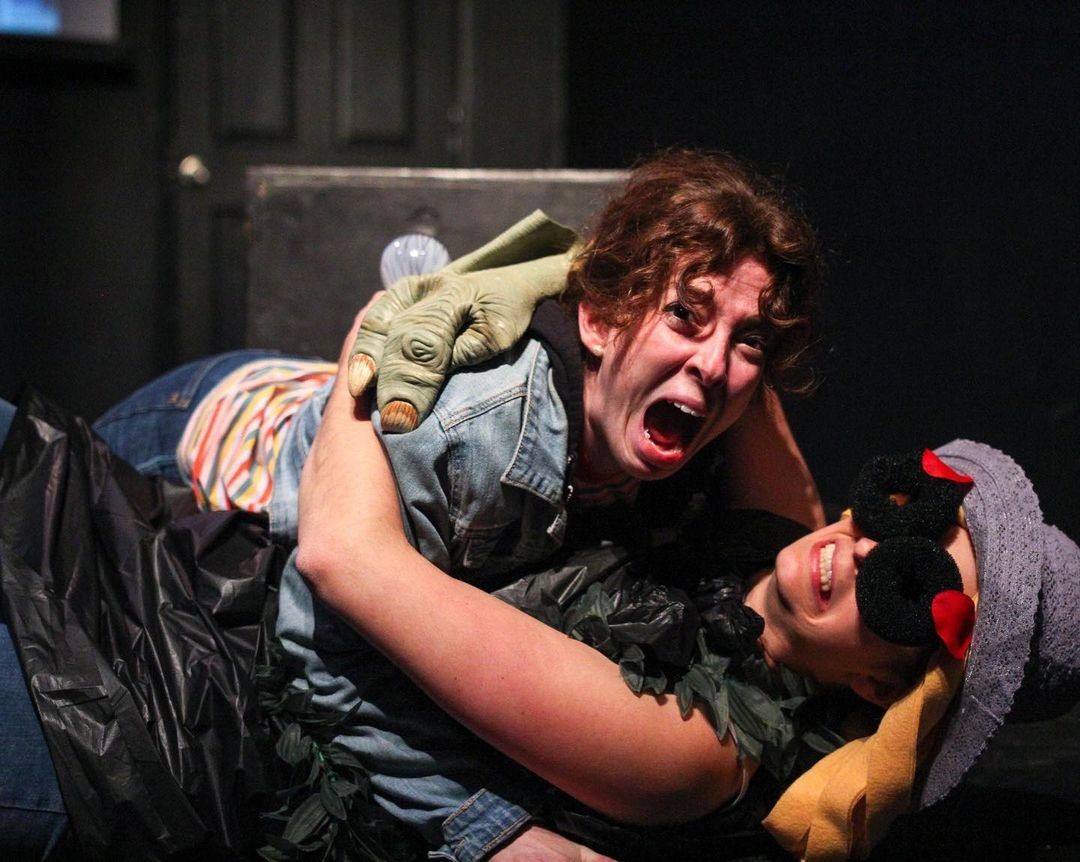 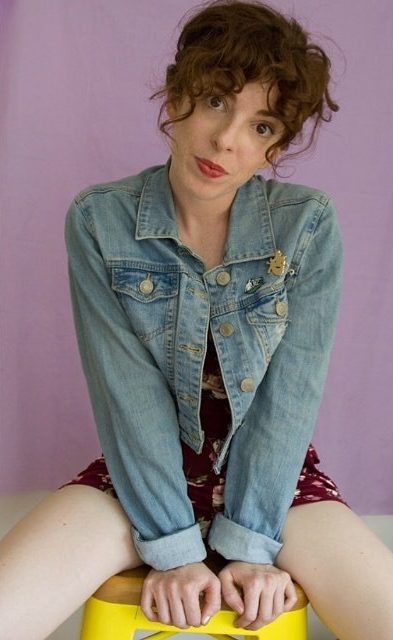 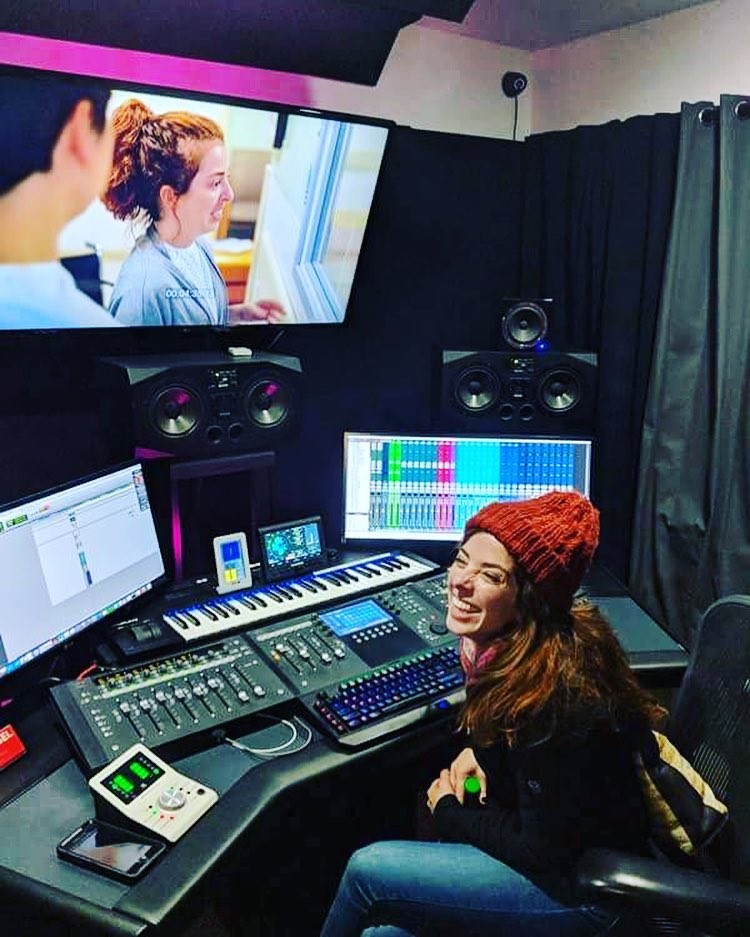 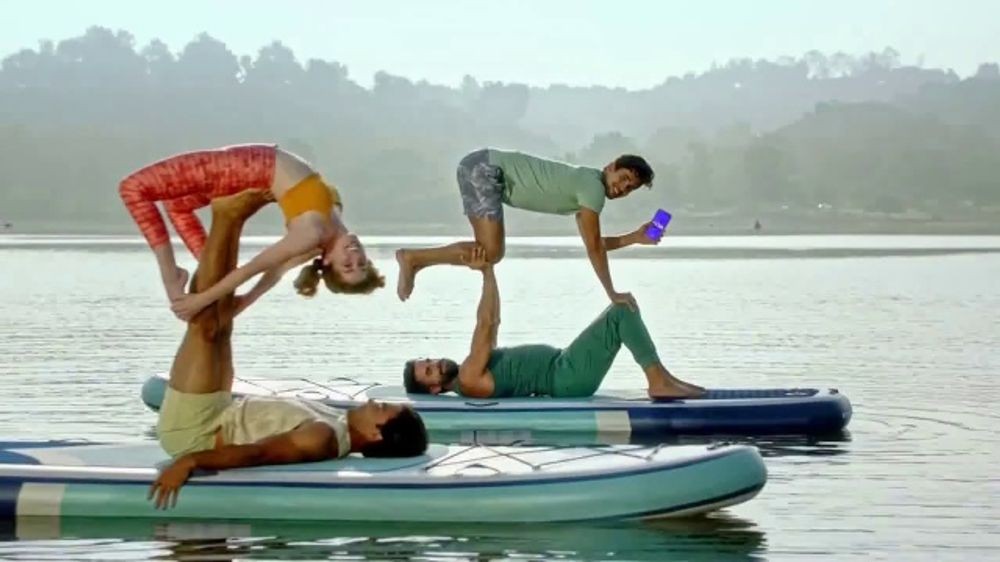