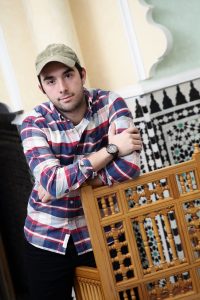 Today we’d like to introduce you to Aziz Tazi.

Aziz, we appreciate you taking the time to share your story with us today. Where does your story begin?
I was born and raised in Morocco, went to college in France, and became a film director in the United States. My debut feature film, Night Walk, starring Mickey Rourke, was released with Lionsgate on June 15th, 2021! It’s a romance that evolves into a crime drama and a story with which I aim to disrupt stereotypes perpetuated in the media about Muslims and Arabs.

Growing up Arab and Muslim on three different continents has shaped the stories I want to tell today. I started dreaming of a directing career when making short films as a teen in North Africa.

That’s also when I began to learn about Islam on a deeper level, the official religion of Morocco.

When I was 12, during the month of Ramadan, I watched my dad perform his ritual Muslim prayer. He said that he could teach me if I was interested. Soon I began accompanying him in his five daily prayers and it became an important part of my life.

However, I then realized my Muslim faith was nothing to be proud of when I enrolled at a French school in Morocco for middle school and high school. It was right around 9/11 when Muslims were suddenly seen as the villains of the world. Furthermore, the “cool” kids were the ones using drugs recreationally and skipping school, not the straight-A or pious students.

To fit in, I kept my faith a secret as much as I could. Around friends, I excused myself to pray discretely, where they couldn’t see me. When we went to parties and I wasn’t drinking alcohol, I said it was because I was trying to become a student-athlete.

Things changed when I moved to France to study engineering at a private Catholic school! Students attended mass every day and crosses decorated every room. To my pleasant surprise, every student – from the nerds to the cheerleaders and even the jocks – practiced their Christian faith with pride! I was envious. You can be attractive, strong, popular, and still be religious? How come everyone was proud of their faith, but I had to hide mine?

That inspired me to change. I no longer practiced in secret. I wanted to be Muslim and proud of it too, despite the stigma that I experienced in French society. I wanted to learn not only about Islam but all religions too, so I read the Quran, the Bible, and the Torah.

During this time, I continued to pursue my passion for directing. I made short films and sought out the mentorship of César-winning producer Denis Freyd, whom I interned for on the French TV show Les Cinq Parties du Monde.

Meanwhile, I got my master’s degree in engineering from U.C. Berkeley, which brought me to the United States. In 2013, I moved to Los Angeles with the conviction that I would one day be able to tell powerful stories based on my heritage and experiences. I prayed I wasn’t making a terrible mistake as I set aside my prestigious degrees and a stable lucrative career path to pursue my true passion. I had no connections and no clear path in the film industry. I was on my own. But after all, this is the land of opportunity.

My struggles with my identity as an Arab Muslim man inspired the story of my award-winning first feature, Night Walk. I wrote the script to reflect the true diversity of the misunderstood Arab and Muslim communities.

At first, I unsuccessfully pitched the story everywhere I could to get the film fully funded. Eventually, I used my meager savings and some money raised from friends and family to hire actors and a crew and filmed and edited a proof-of-concept. I used that to raise more investor money. Along the way, I was scammed and also wasted a lot of time with dishonest people.

Finally, in 2019, I completed Night Walk, my first feature film, which is my proudest accomplishment. It was shot on two continents and stars a slew of Hollywood heavyweights such as Golden Globe and BAFTA-winning actor Mickey Rourke, Oscar nominee Eric Roberts, French rap legend La Fouine in his first English-speaking role, as well as Sean Stone, Sarah Alami, Louis Mandylor, Richard Tyson, and Patrick Kilpatrick. It had its world premiere at Moscow International Film Festival and won two awards at Prague Film Festival: “Best Actor” for Mickey Rourke and “Best Screenplay” for myself. It was also picked up by Lionsgate for a North American release. This makes it the first Moroccan film in history to get Hollywood distribution.

I am extremely humbled by this achievement but also conscious of the long journey ahead required to change the narrative around Arabs and Muslims in Western society.

Can you talk to us a bit about the challenges and lessons you’ve learned along the way. Looking back would you say it’s been easy or smooth in retrospect?
Completing Night Walk took four years of intense work with very little support, hundreds of unsuccessful investor meetings, and countless grant rejections. I am forever grateful to my partners who helped jumpstart my career. But it literally took me years to find the right people.

Before then, I wasted close to two years following the wrong producer, who promised he could easily find us investors until I realized the con artist that he was. I also lost tens of thousands of dollars after falling victim to a scam by an even bigger con artist in LA. I don’t like to name names…but I wouldn’t advise anyone to do business with Joseph Randazzo or his “company,” American Film Studios.

I also struggled to jumpstart my career due to the lack of diversity and diverse stories in Hollywood. Being Arab in America and in Hollywood is a challenge. For example, the on-screen roles that exist for us are the “three Bs”: the bomber, the belly dancer, or the billionaire. This perpetuates unfavorable stereotypes about Arabs.

The trials of the last several years have truly tested my resolve and passion for filmmaking. But there were moments that I felt I was proving my naysayers wrong. In 2016, I was featured in Forbes Africa’s “30 Under 30” list. This was one of my proudest moments because my community really started to believe in me. Recently, Spectrum News aired a 2-min segment on my work as a director that played nationwide every hour for an entire day. Variety and The Huffington Post have covered my film as well.

Through my storytelling, I want to urge people to reflect on their prejudices by showcasing the true diversity of our misunderstood community. Today, racism, prejudice, and unconscious bias are still barriers to the American dream for minorities and people of color. These issues are currently top of mind with the highly-publicized violence against African-Americans and Asians in recent months. It is my goal as an Arab filmmaker to help shatter stereotypes, creating more opportunities for BIPOC along the way.

In my films, I use my personal experience as an immigrant and insider knowledge of Arab culture to challenge stereotypes and push boundaries, adding valuable perspective to today’s film landscape. Artistically, I like to play with conventions. Nowadays, most films have a pat ending. The story comes full- circle. Sometimes I like leaving things open to interpretation. What is a happy ending? What is a sad ending? Which characters are “good” and “bad”? I invite viewers to reflect on their own definitions and decide whether or not the outcome is one they would want for themselves.

In my stories, a hero may die, but for the greater good; a love story may fail but each protagonist is ultimately better off. I invite people to consider alternative perspectives.

My proudest achievement is directing my first feature film Night Walk, between LA and Morocco, with a star-studded cast including the likes of Golden Globe and BAFTA winner Mickey Rourke and Oscar nominee Eric Roberts. It was sold to Lionsgate, a first in Moroccan film history. Something else I’m most proud of is when Mickey Rourke was interviewed on national British TV in August 2019. Good Morning Britain host Piers Morgan asked him about recent projects. Rourke answered that he had worked with a “young first-time filmmaker who wasn’t terrified to work with me, but was just very excited to work with me” and described it as “a very good experience.” I was thrilled that a star of his caliber spoke highly of working with me in a very public manner, especially when he usually doesn’t promote the movies he’s in.

I think that If I could write one tweet that describes my voice, it would be the following:

Poster child for the underrepresented, man of three worlds, tired of feeling invisible, using his quadrilingual skills and geopolitical knowledge to tell emboldening character-driven stories anchored in current events, to give a voice to today’s voiceless.

How can people work with you, collaborate with you or support you?
I was once told at an HBO panel that having talent is not enough in this industry. Having connections is not enough. Having a mentor is good, but still not enough. What you need is a champion – someone who looks for opportunities and fights for you.

I seek the support of seasoned professionals who understand that moment in your career when you are not a total beginner but still need help getting to the next level.

I hope that thanks to articles like this, I am connected to my champion. After all, I am still an unsigned director! So, for any agent or manager reading this, feel free to reach out! Otherwise, for everybody else, I would love for you to watch my work. Buy it or rent it on hard disc or digital, leave good reviews on Amazon, IMDB, Rotten Tomatoes and keep seeking out stories from people of color. 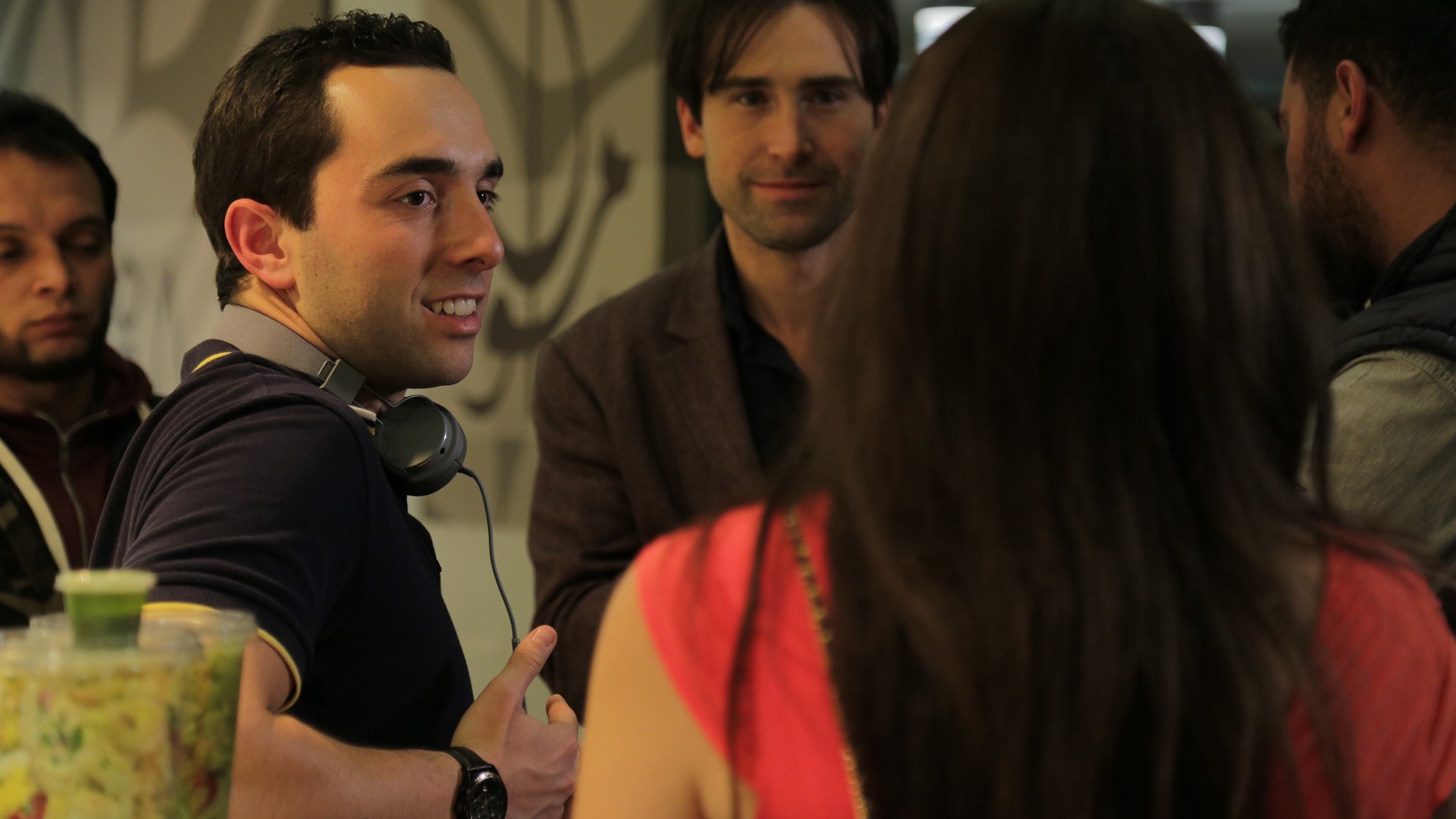 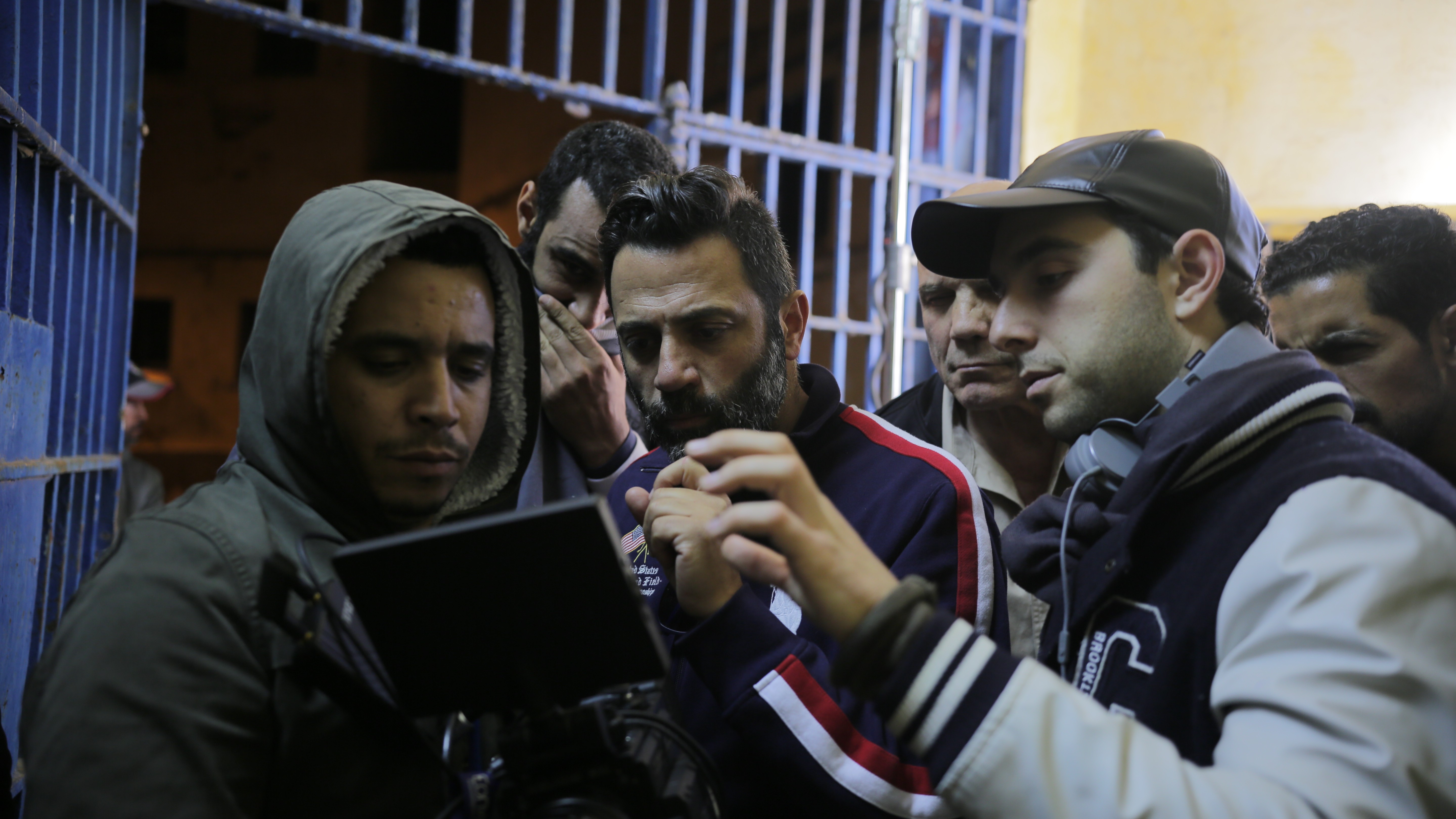 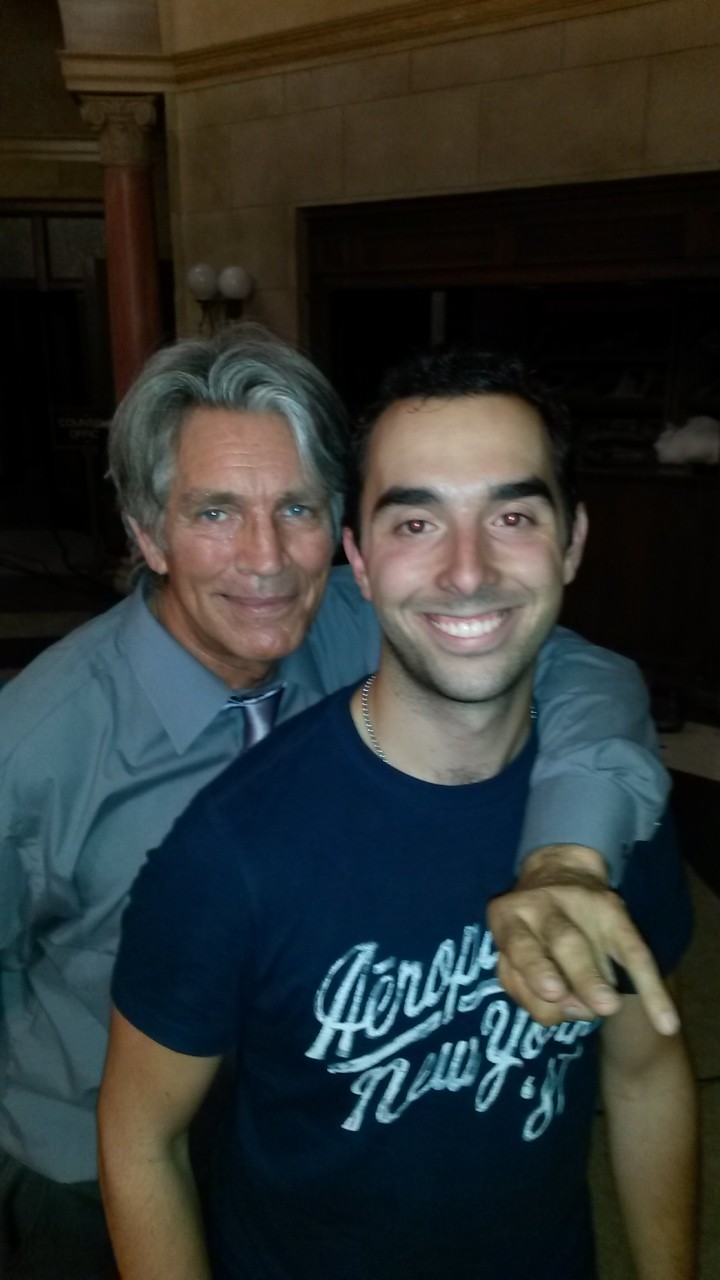 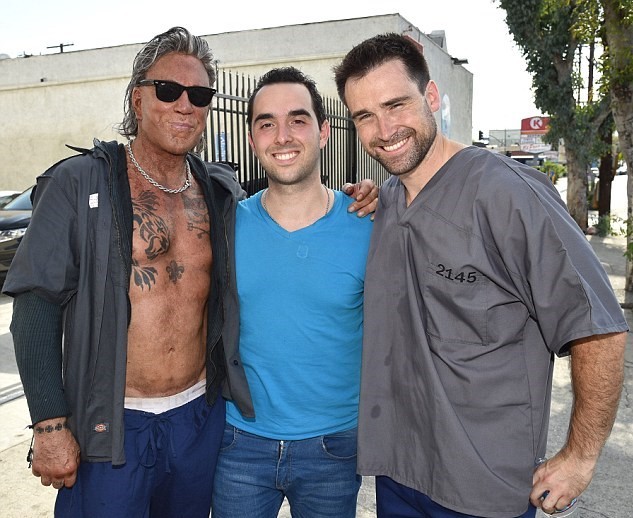 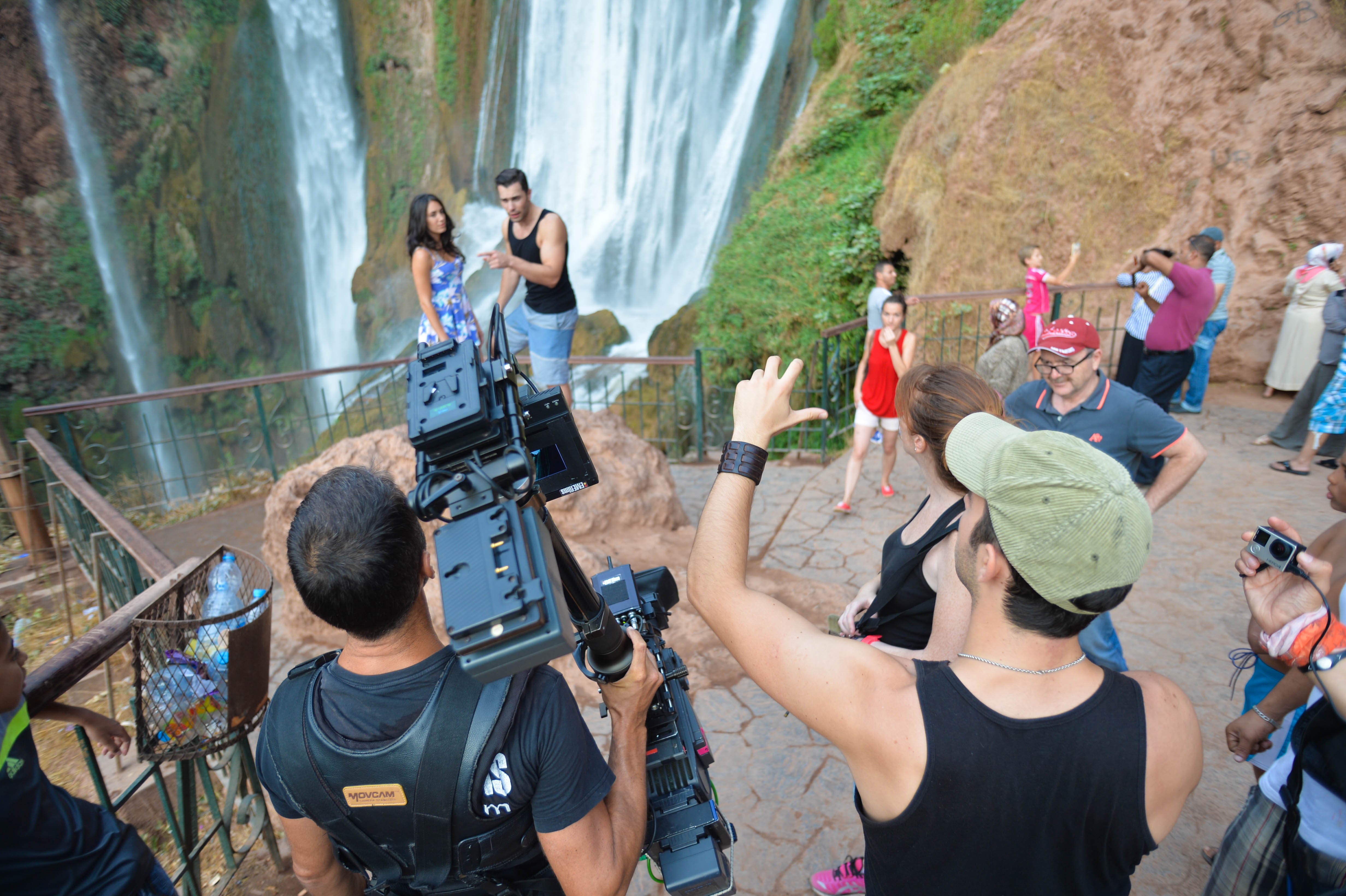 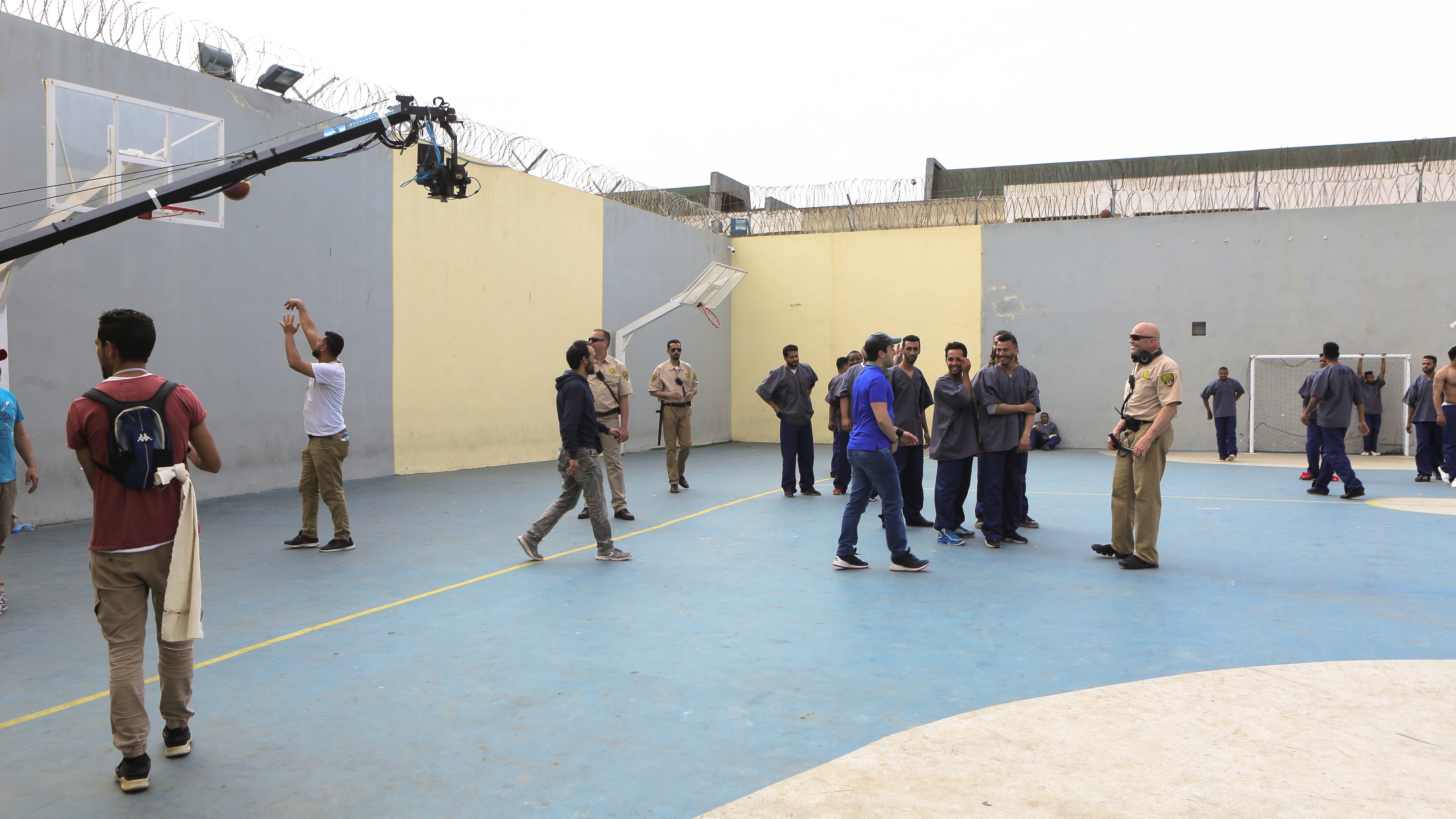 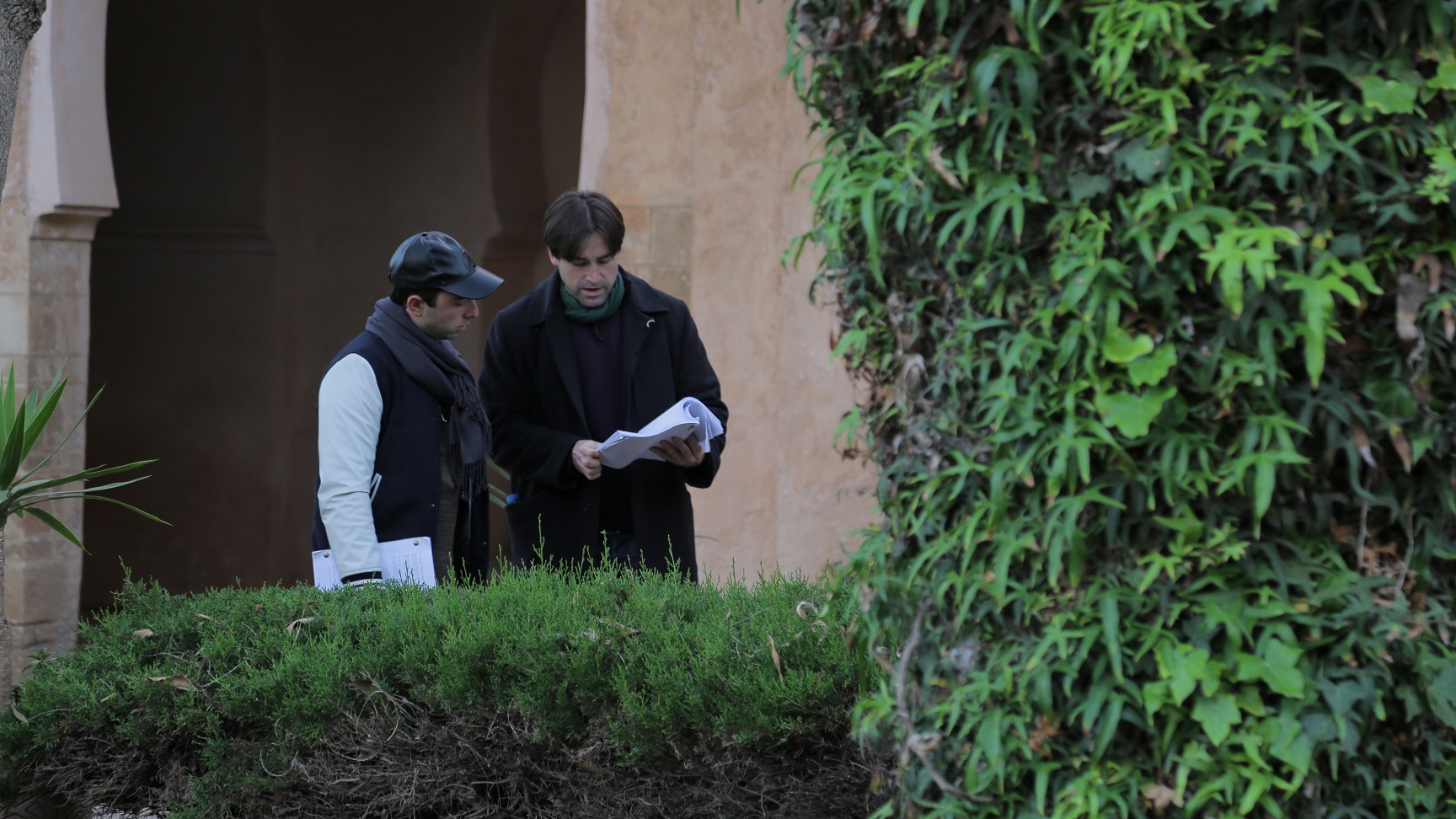 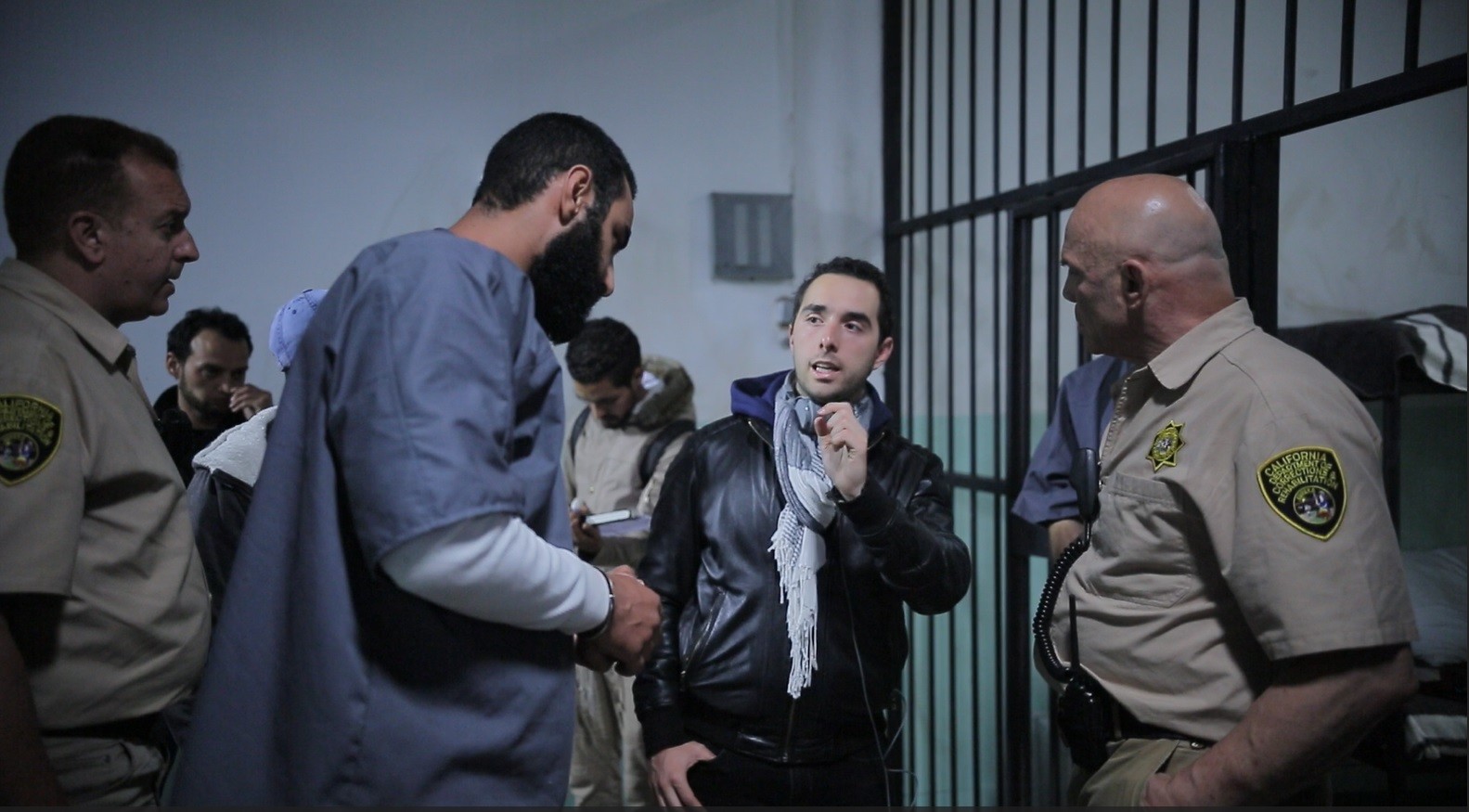 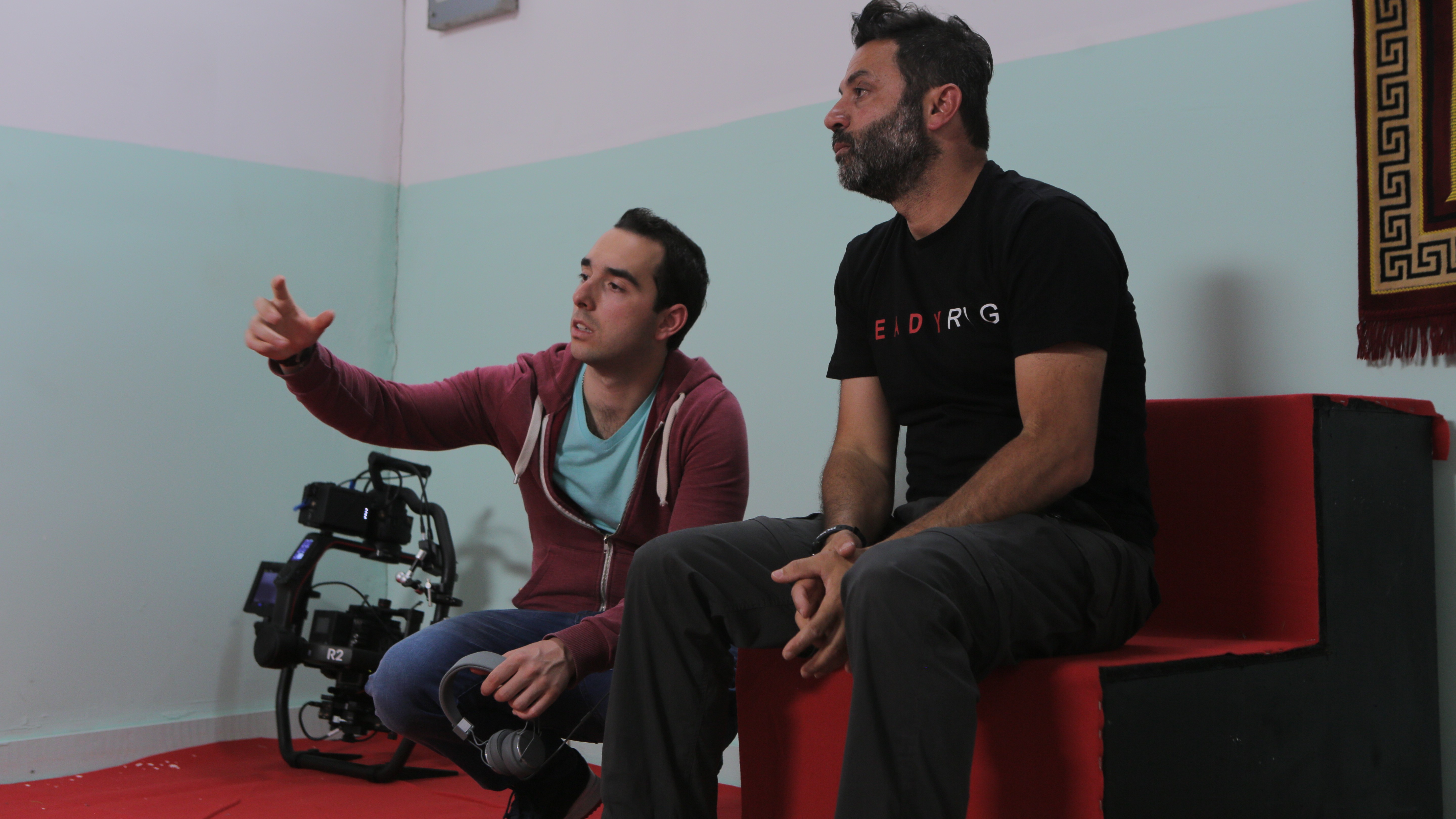 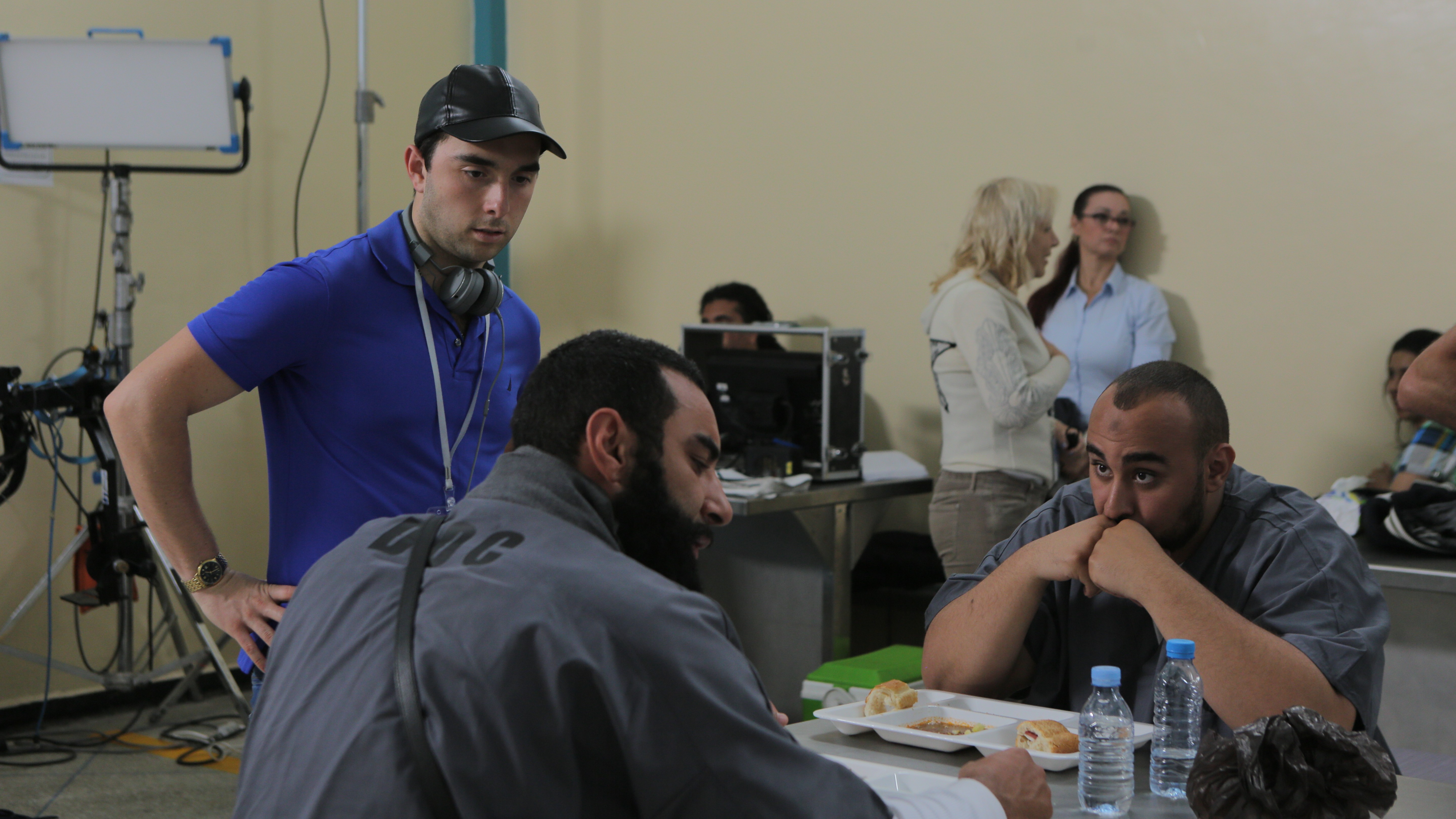 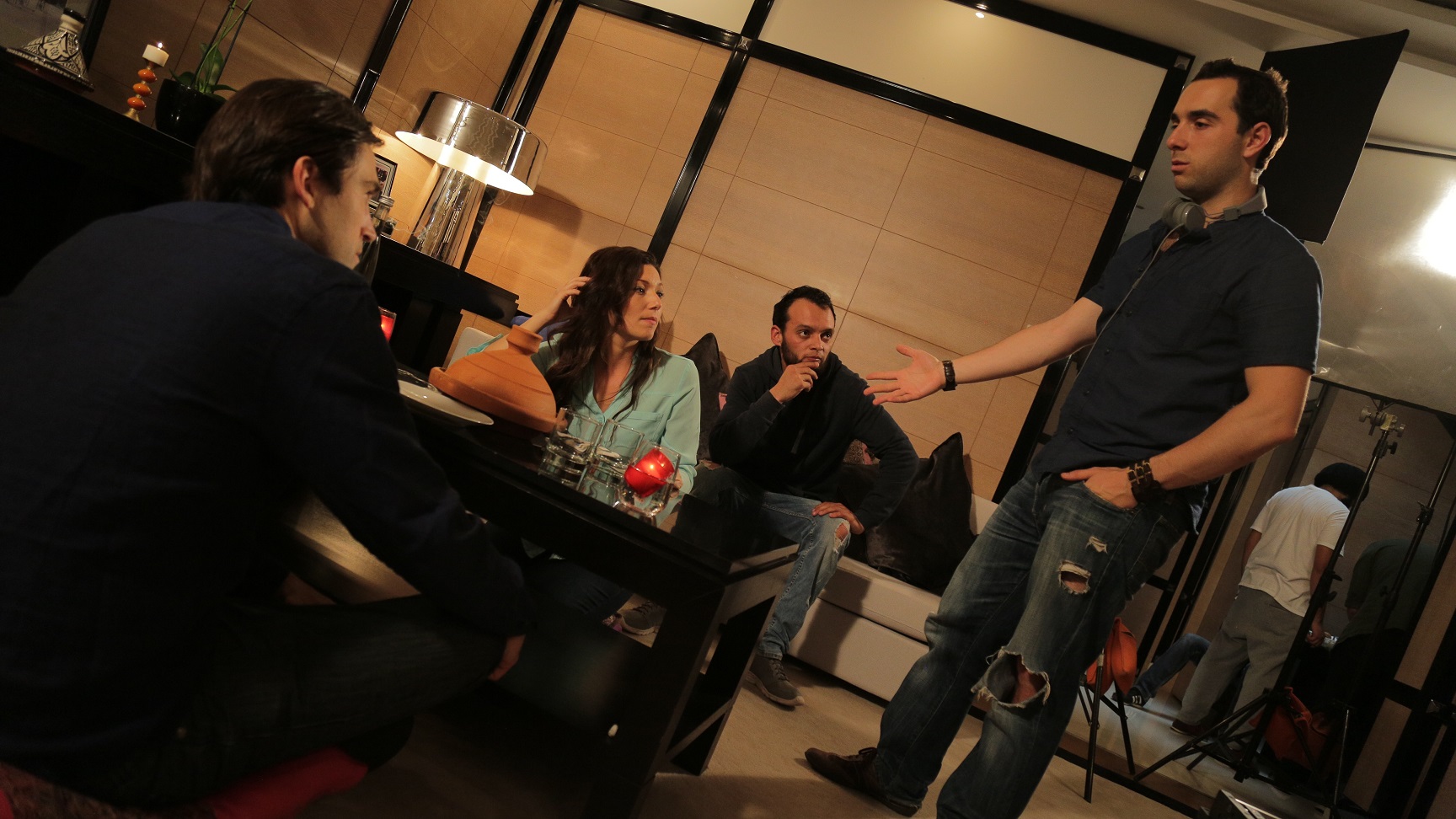 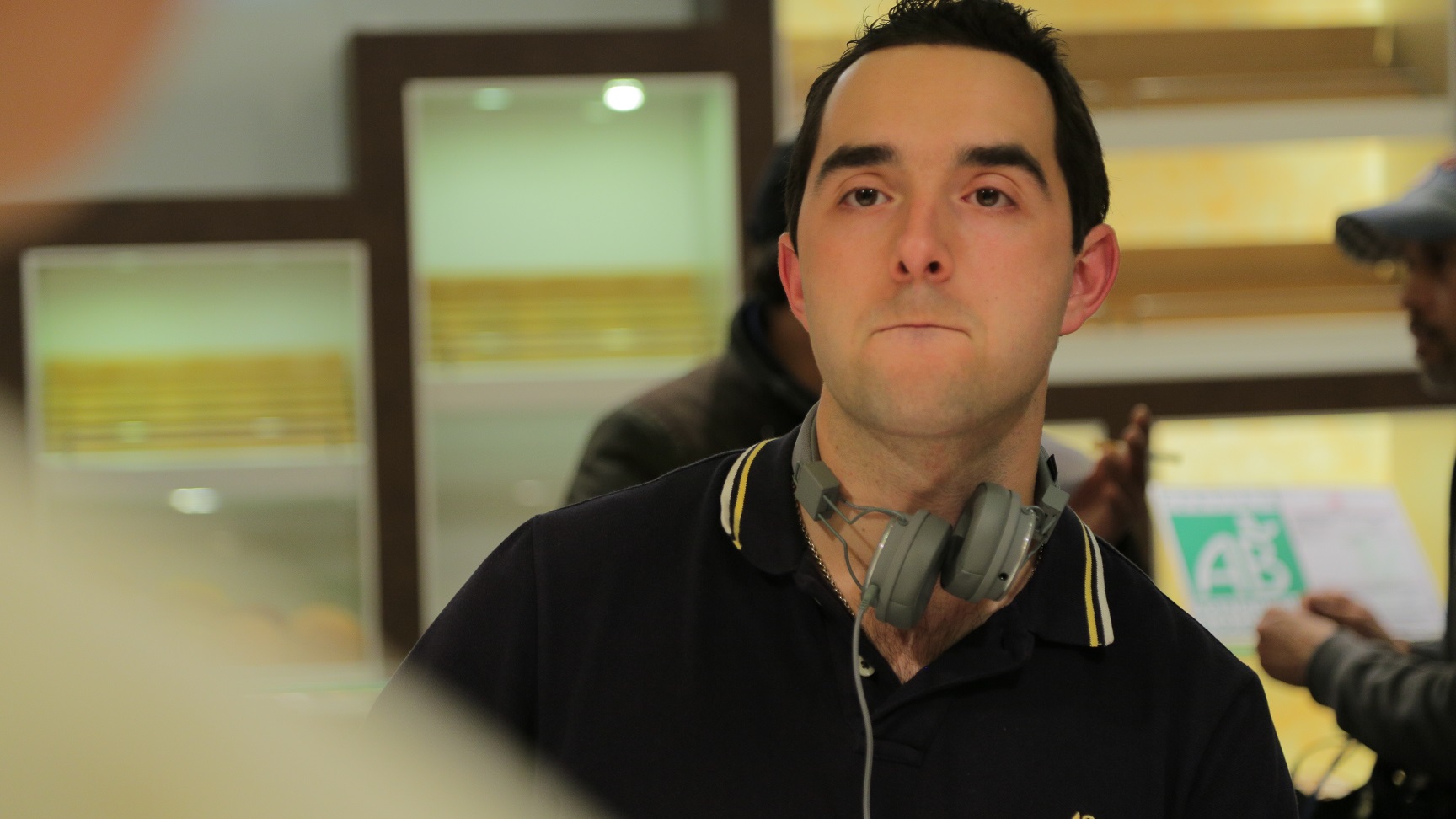