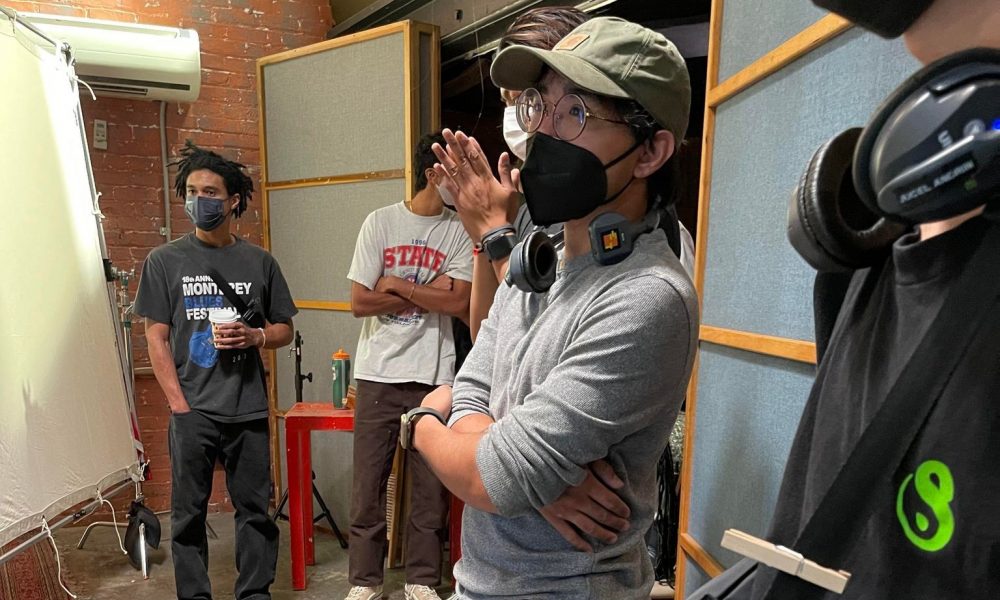 Today we’d like to introduce you to Arjay Ancheta.

Hi Arjay, it’s an honor to have you on the platform. Thanks for taking the time to share your story with us – to start maybe you can share some of your backstory with our readers?
In 2016, I took a leap and decided that I would try film school in Hollywood. I knew it didn’t make sense. I knew that most people who went didn’t stay. I lived almost 100 miles away and was making minimum wage. But with the help of my family, I was able to make it work. So many times, I found myself teetering on the edge of an empty bank account trying to make this work.

Nonetheless, I knew that I had always fared better in a classroom setting so I figured that might be a step in the right direction. So I set out to become a Director of Photography as I felt that I had an eye for a good frame. It wasn’t until the end of my time in school that I really realized that’s where my talent stopped in cinematography. Lighting became my crutch and ultimately, I felt I wasn’t happy with the work I was producing. I was also coming close to graduating and felt that I hadn’t left the mark I had hoped to leave upon becoming an alumni.

So I took yet another leap and decided that the only way anything was going to change was if I put myself in the fire and with the help of a wonderful classmate, my girlfriend and I found ourselves moving to Long Beach. The beginning of my career was…hard, to say the least. I was still working a minimum wage job and cramming in as many sets as I could in between shifts to try and build some sort of a name for myself. Hell, I even quit my job to work on a feature without pay. Even after that, I still only found myself working maybe 1-2 jobs a month, getting paid maybe $100/day ($200 if I was lucky). But it was through all of that hardship that I realized that I fell in love with something; Lighting,

What was my crutch before it started to become my saving grace. I was getting better and better at it. What’s more is that my colleagues could see that and I started getting recommendations and soon enough, pay. And I mean actual pay for my time and experience in the craft. It made me fall even more in love with the craft. I stopped caring about the technicalities and the how-to’s and became obsessed with the concept and theory of lighting. It always feels like I’m putting together a never-ending puzzle when asked to light a scene. One good idea always comes after the next and I can’t help but be meticulous. I look at the frame a DoP has composed and I want to pick apart and craft every aspect of the light we see.

Today, I get to do exactly that. And I feel as though I’ve overcome the huge hurdle that was the very beginning of my career. But what’s even better is that I’ve grown alongside my colleagues who’ve shared similar struggles. I absolutely love what I do for a living, who could ask for more?

We all face challenges, but looking back would you describe it as a relatively smooth road?
It definitely has been a bumpy ride. Going to film school by itself was a challenge. 4-5 days a week I found myself spending at least 20 hours on the road and don’t even get me started on Friday traffic. It had gotten so bad that I started taking overnight shifts so that I could actually work as much as possible without my managers having to work around my schedule so much and I still found myself having to leave my shifts early regardless.

After school, moving to LA and getting my feet off the ground was terrible. Trying to make some sort of a living when nobody knew who I was, was incredibly difficult. I tried so hard to make sure that I was working in this industry that I quit my job and tried to rely solely on delivering food. It tore my car apart and I would often sit depressed in my car when I wouldn’t get offers to deliver food even. Regardless, I’d do everything I could to stay optimistic and keep pushing because every chance I had to be on set was a chance that another job could be on the way.

As you know, we’re big fans of you and your work. For our readers who might not be as familiar what can you tell them about what you do?
I’m primarily a freelance gaffer or CLT (Chief Lighting Technician) in film. Although, I love all aspects of the electric department in film (riveting, I know). Whether it comes to distributing electricity for powering lights and organizing cables or wiring in controls for lighting effects, I find it all quite exciting.

If I had to say one was my specialty though, it would have to be light programming. It certainly is a more niche skillset and kind of sits in this nice area of being creative and nerdy when it comes to lighting. It certainly is one of the skills I’m more proud of and always looking to expand and refine.

I also feel as though it is just another one of those small things that might help set me apart from other gaffers. Especially in understanding the time/effort it takes to program if I ever find myself working with other programmers.

What were you like growing up?
I’ve always been obsessed with the idea of creating stories and building worlds. Growing up, I loved playing video games and watching movies. I always felt like my view of the world and the possibilities were ever-expanding. I would always make videos and skits with my family and in high school, I fell in love with class projects that involved anything video-related. It’s funny because I had so many creative ambitions but no particular path I knew to follow so I dabbled in anything that would scratch that creative itch. I learned how to make video games, play instruments, etc. anything to help keep myself stimulated. I had always grown up with the mindset that every second not spent doing something is a second wasted. 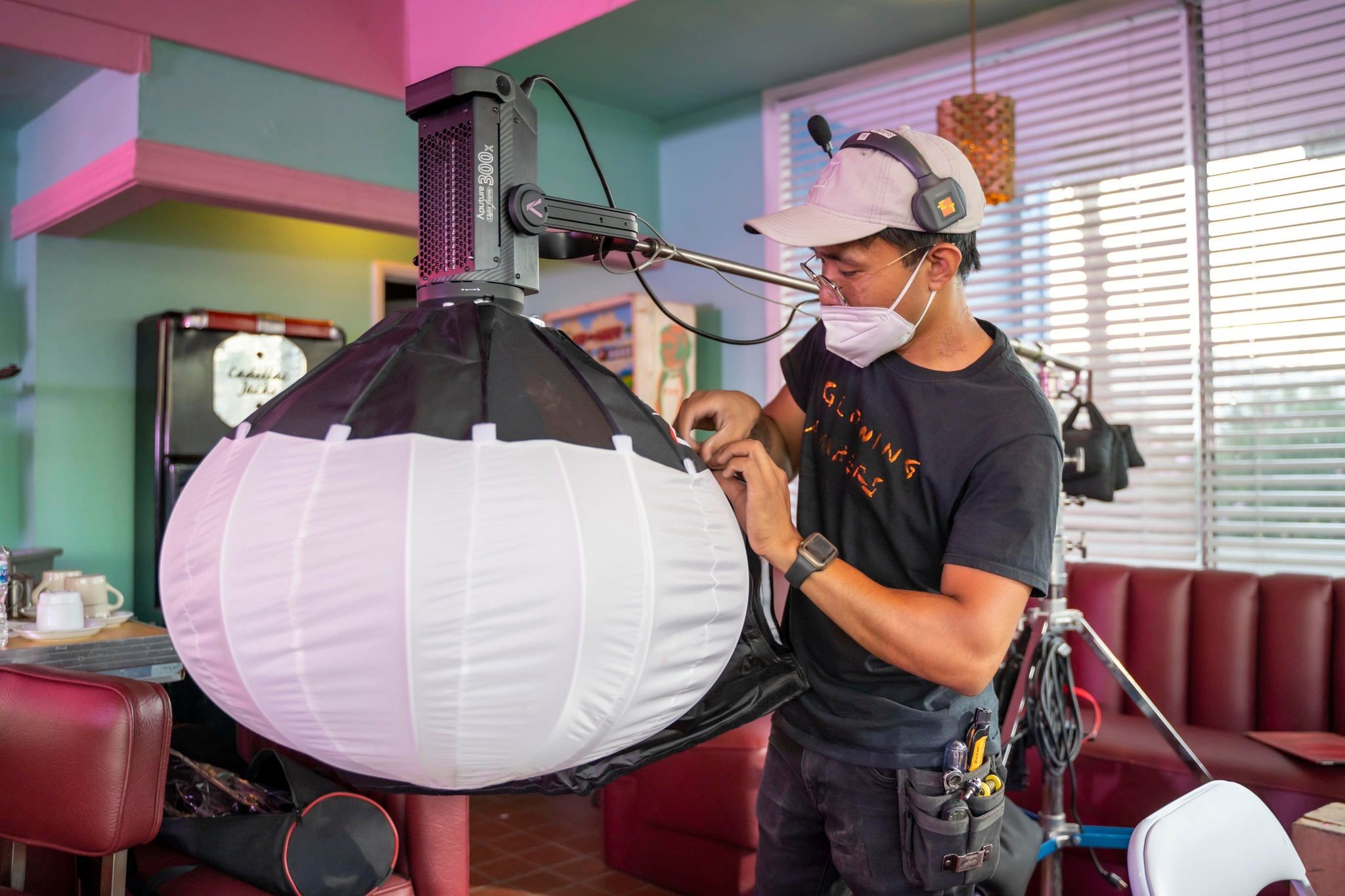 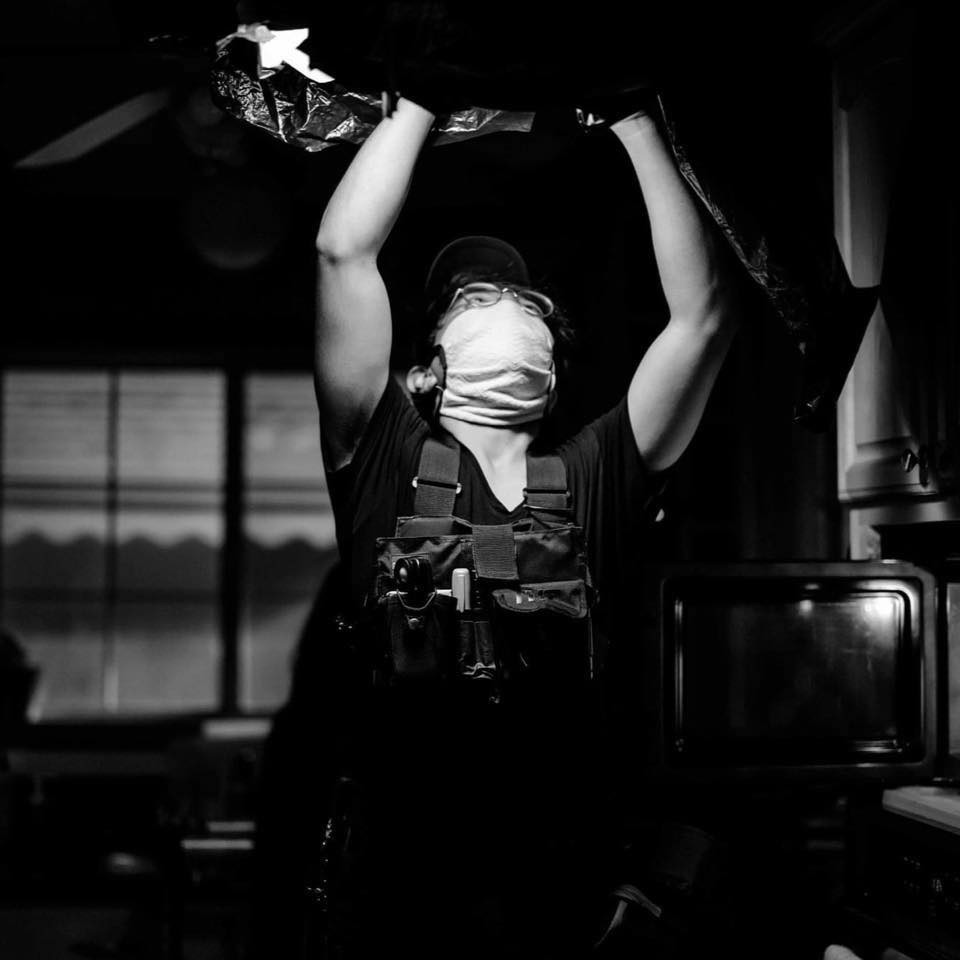 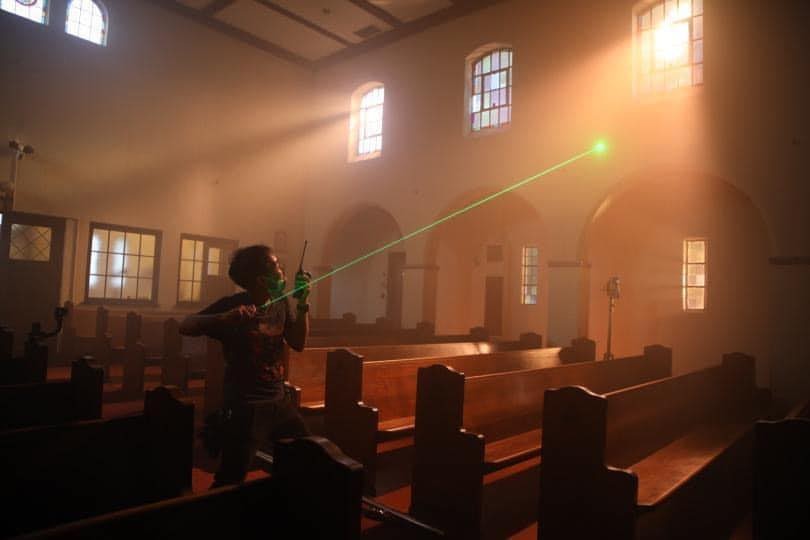 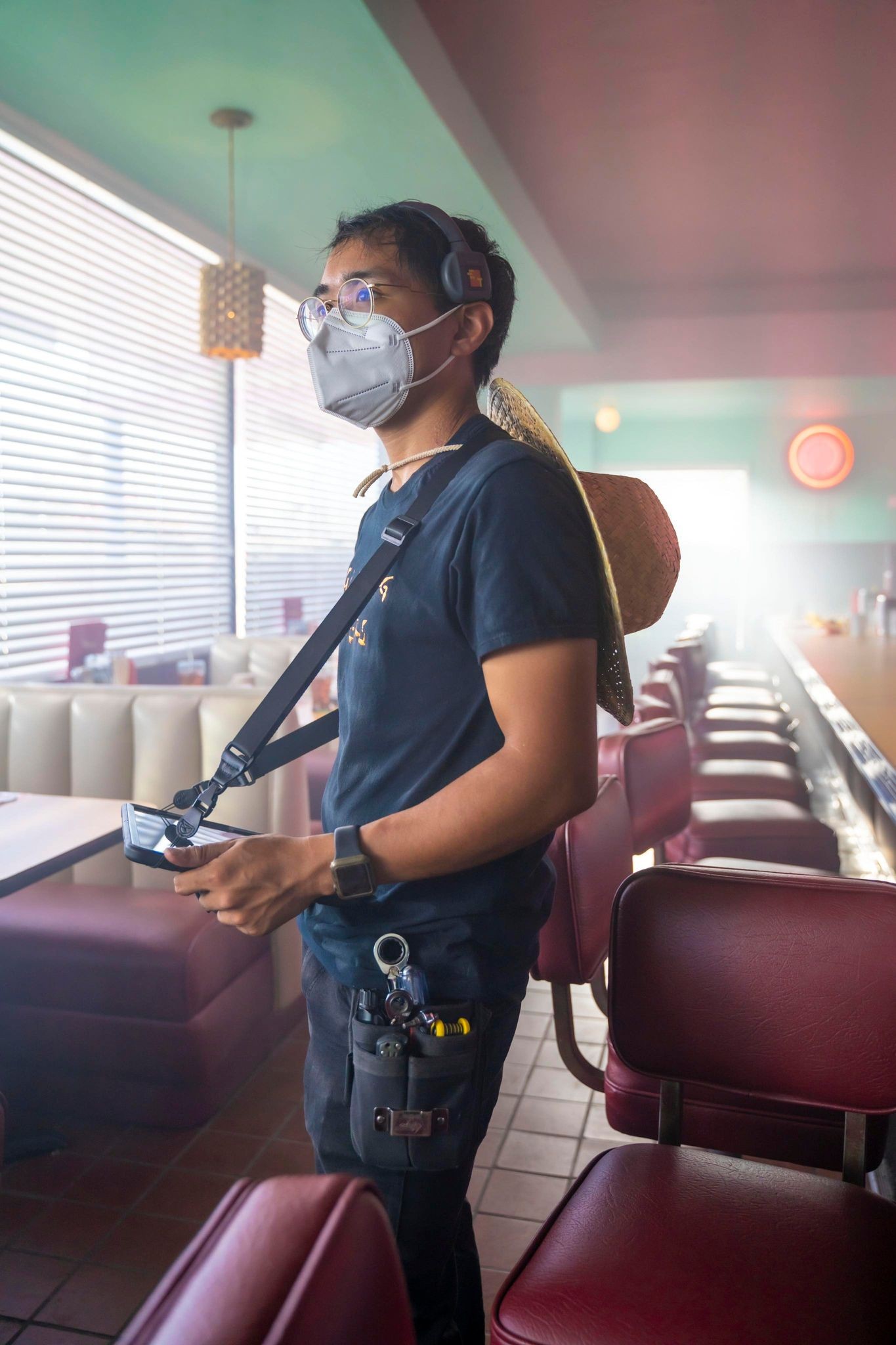 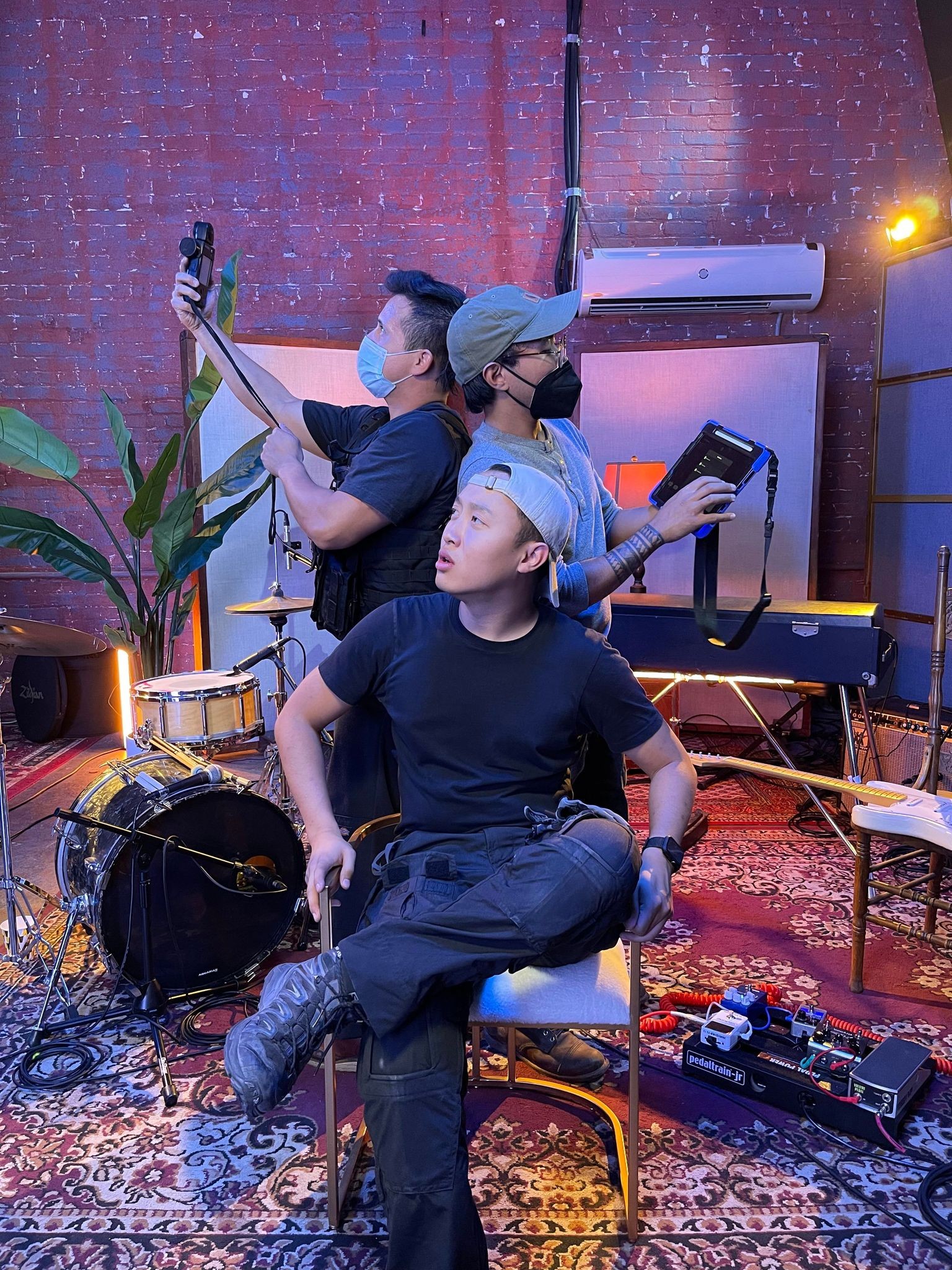