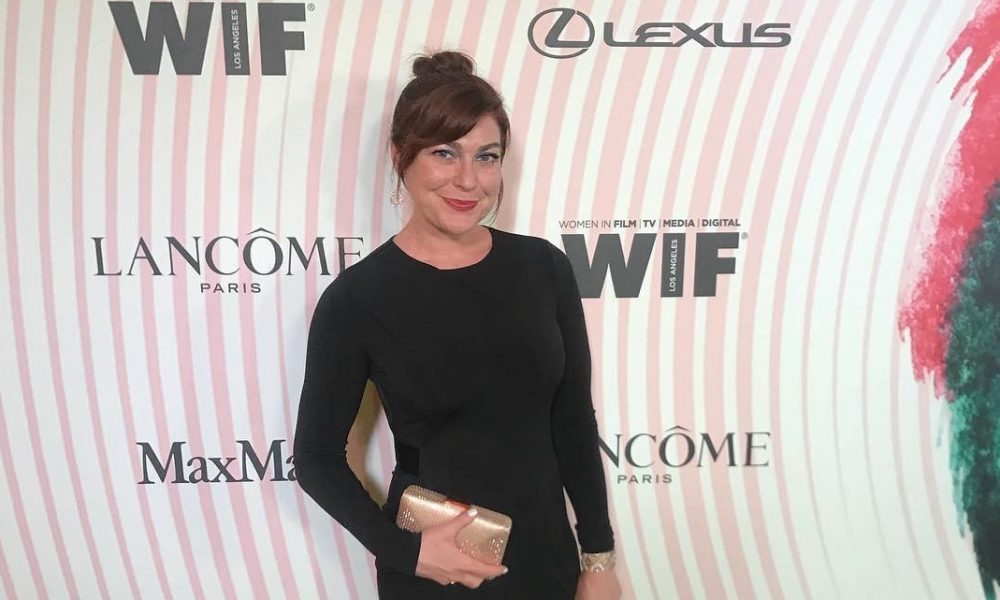 Today we’d like to introduce you to Alexandra Boylan.

Hi Alexandra, thanks for joining us today. We’d love for you to start by introducing yourself.
I grew up in a small town in Massachusetts, always dreaming of becoming a movie star. I was active in everything and anything that had to do with performing growing up. Living outside of Boston was awesome, and I started auditioning at the age of fourteen. A year after graduating High School at the age of nineteen, I moved to Los Angeles, CA all by myself. After a year in LA, I became homeless and lived out of my car for a month. I spent the next ten years struggling, waiting tables at night and auditioning in the day. But I just couldn’t catch any break, and my life just kept spiraling downhill and I felt like such a failure. Ten years from the day of moving to LA, I gave up everything I owned, and only kept what I could fit in my car and moved out to Albuquerque New Mexico, in an effort to start fresh and refocus my life. I spent a full year just wondering the desert and re-envisioning of how I wanted my life to be. I ended up meeting some awesome filmmakers and we all set out to make our own films. It was so liberating to stop waiting for other people to choose me as an actor, and I chose myself. I fell in love with creating my own films, from writing to producing to taking the project all the way to the finish line. In 2011 I made my first feature film “Home Sweet Home” with a group of friends in the middle of nowhere desert in NM. I moved back to LA after finishing that film and found a sales agent, and the movie sold to RLJ Releasing. And I knew I found my new path in life, creating my own work. I got the opportunity to make another feature film, but the budget was too small for me to keep my LA apartment. I chose my career over my home, and I put everything I owned in storage and spent one full year living out of one suitcase and couch hopping across the country in order to make my film “Catching Faith” a reality. That huge sacrifice became my greatest accomplishment. Catching Faith really launched my career, and I have continued to take huge risks in order to create films and tell stories that inspire people and give them hope.

Would you say it’s been a smooth road, and if not what are some of the biggest challenges you’ve faced along the way?
I have been working the film industry for 21 years now, and nothing has been a smooth ride. I don’t think there is such a thing. Anytime in life when your trying to create your own work and pave a way for something new, there are always bumps in the road. I have been homeless, I have lived out of my car and one suitcase for a year. In order to do the impossible, sometimes you have to give up everything you have in order to succeed. One of my main focuses in my career has been to create female led films, both in front of the camera and behind. And I had many years of push back to the types of movies I wanted to create. I could not get my films green lit by studios, so I had to continue to raise my own private investment and producing my movies on my own so that I keep my vision of empowering women in tacked. But all of my sacrifices have paid off, especially with my teen girl movie SWITCHED. Switched is about two girls in high school, one the bully and one the girl she bullies, when they switched bodies, they go on to find love and compassion for each other. The movie is such an important message for young women. I was rejected by every studio I pitched this film too and was even asked to make the movie more raunchy and to have the girls do some pretty inappropriate things by a studio. I walked away from that offer because I want to inspire and empower women, not degrade them and continue to create a negative narrative for girls. I was able to raise private investment and make the movie the way I wanted to, and it released last year to rave reviews. Even winning an award for best Christian film of 2020. That film has really paved the way for more teen girl movies that truly empower girls. I am on a mission to change entertainment for women, and all of struggles have paid off.

Alright, so let’s switch gears a bit and talk business. What should we know about your work?
I own my own production company, producing female-driven faith-filled family films. I specialize in creating teen girl films that can be enjoyed by the whole family. But I really want to continue to focus on creating films for mothers and daughters to watch together. My sister Andrea and I have been creating films together for ten years, we grew up as minister kids and we wanted to create films we wish we had when we were kids. The Boylan Sisters films have produced Catching Faith 1 & 2, Wish For Christmas, Switched and the soon to be released “The Greatest Inheritance.” I am an active member of Women in Film and have been advocating from women in film for twenty years. All of my movies star women and I crew up at least sixty one percent women behind the camera. I am most proud of my teen girl movie SWITCHED, which is like freaky Friday meets mean girls. With a message of loving your neighbor as yourself. It promotes positive relationship for girls and inspires them to love one another and be kind. I think what sets me apart from so many others is my tenacity and drive. When I set my mind to it, I will not give up until I accomplish my dream and goal. Even if it means pivoting in life, giving up my apartment and living out of my career to create the things I want to see in the world. I am being the change I want to see in the world. I am relentless at going after what I want. I want people to walk away from watching my films with hope and encouragement and some tools on how to life a more blessed life. I also wrote a book called “Create Your Own Career in Hollywood” available on Amazon. I literally have created my career from scratch. I didn’t have any connections in the film industry, no family, no friends when I started out and I have paved my own way on my own terms. My book is a great inspiration for people who want to create their own careers.

We all have a different way of looking at and defining success. How do you define success?
That’s a great question. I define success by the amount of joy something gives me in my life. I am fueled by passion and joy, not money or materialistic things. If my heart is set on fire for something, and I’m glowing from the inside out from an idea, than I know, I am succeeding. Success for me is when someone’s life has been changed for the good because of content I am creating. I love feeling inspired and excited, and that is success. Success is having a well-balanced life and bringing joy and my loving spirit to a project. We can only tell stories if we are living a full rich life, so as much as I work hard, I also try to play hard. Success if being surrounded by people you love and who love you and getting to work together is just icing on the cake. 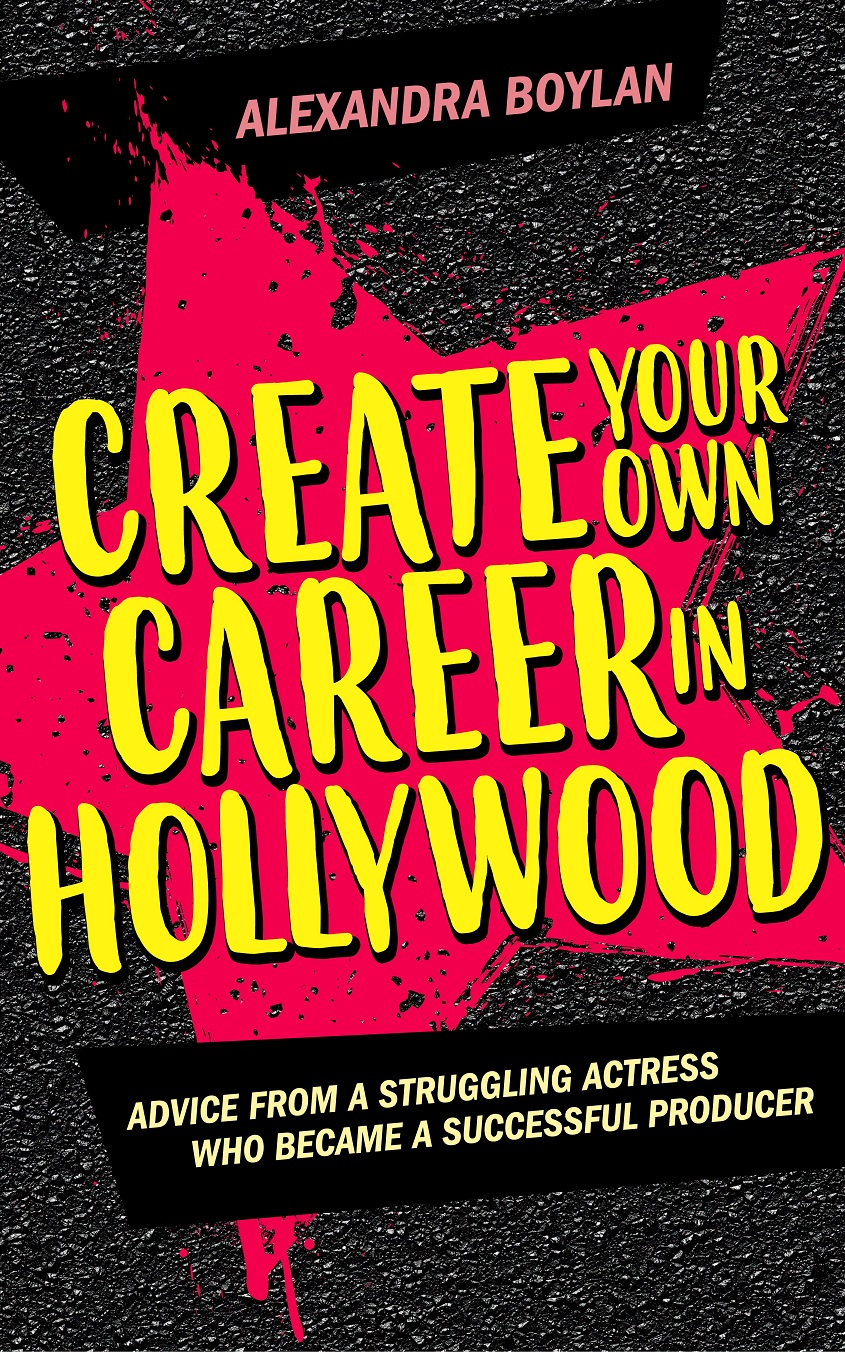 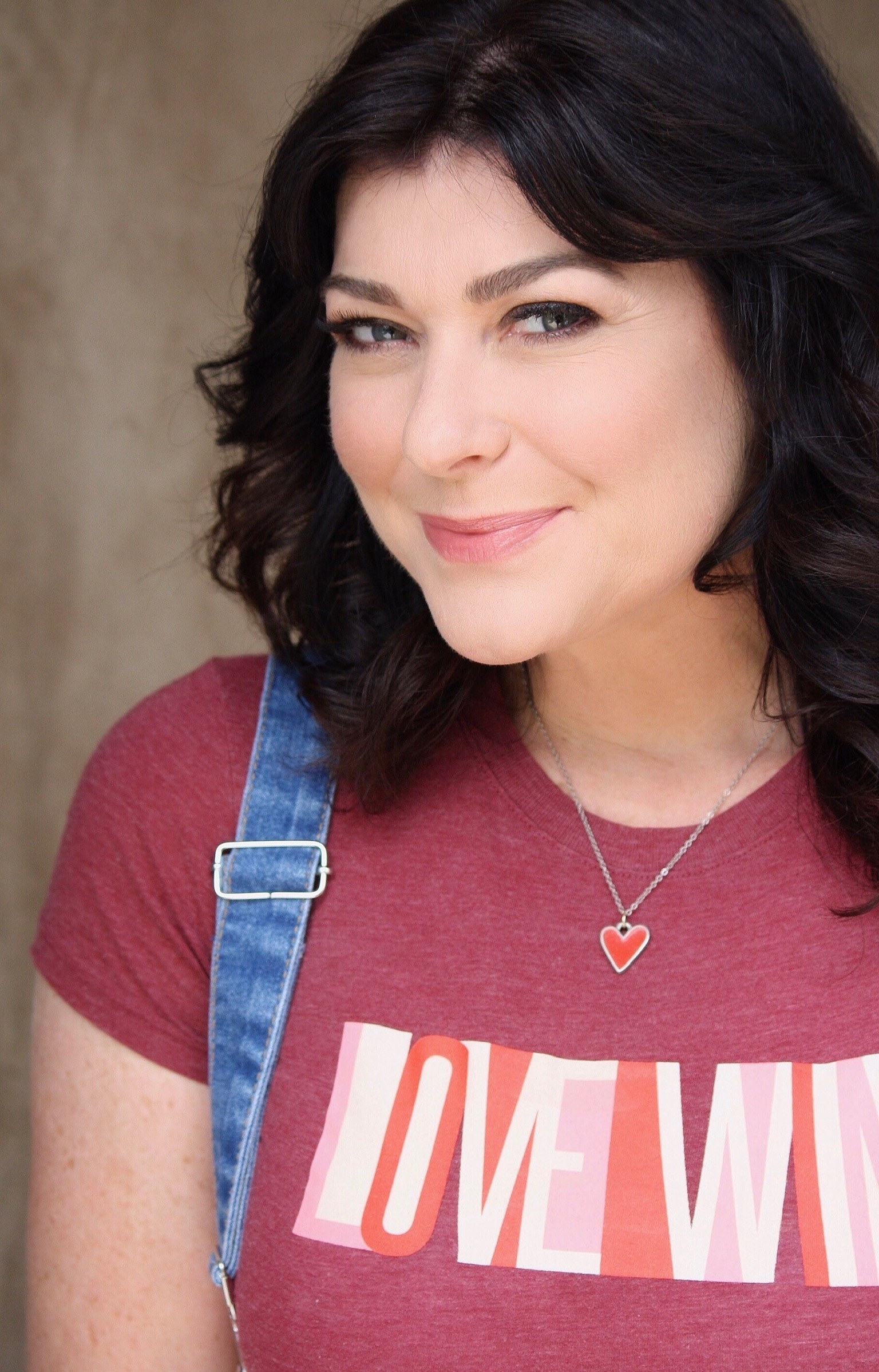 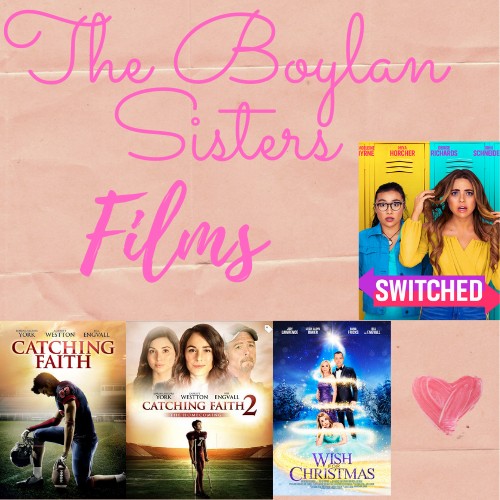 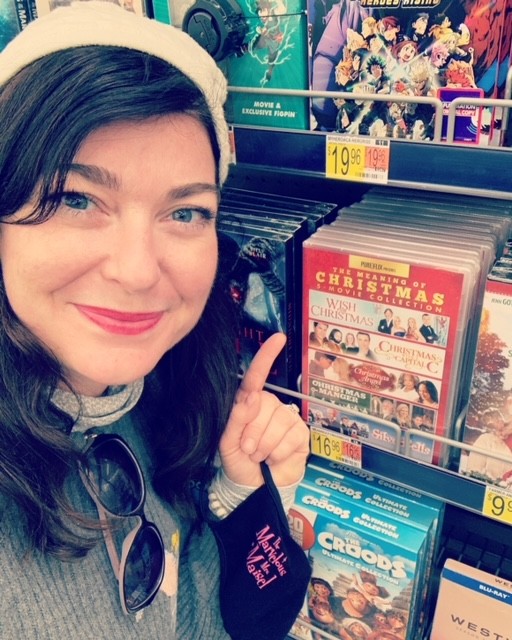 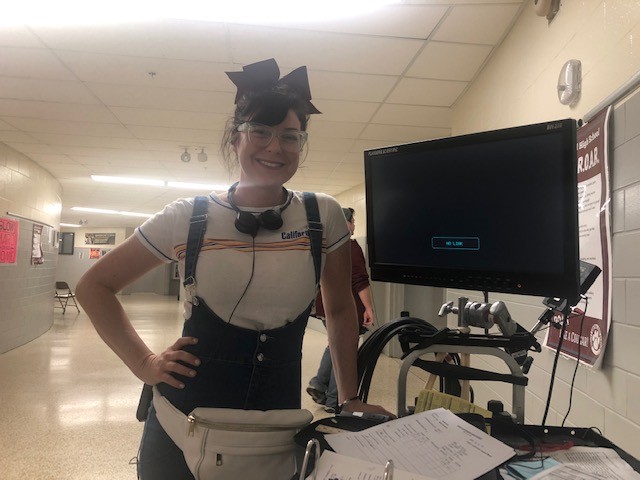 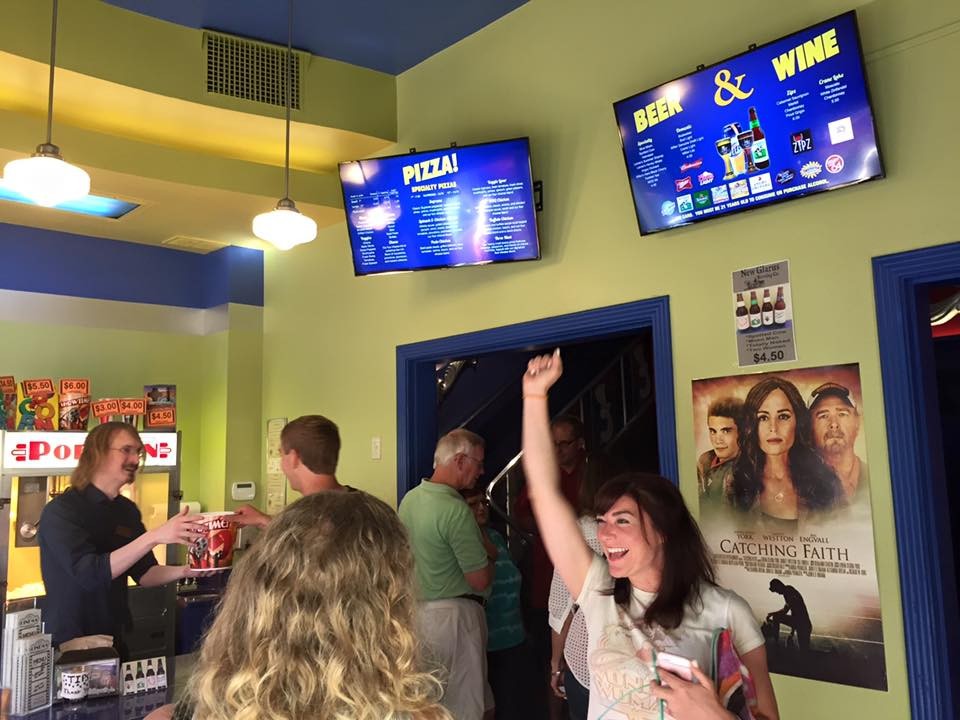 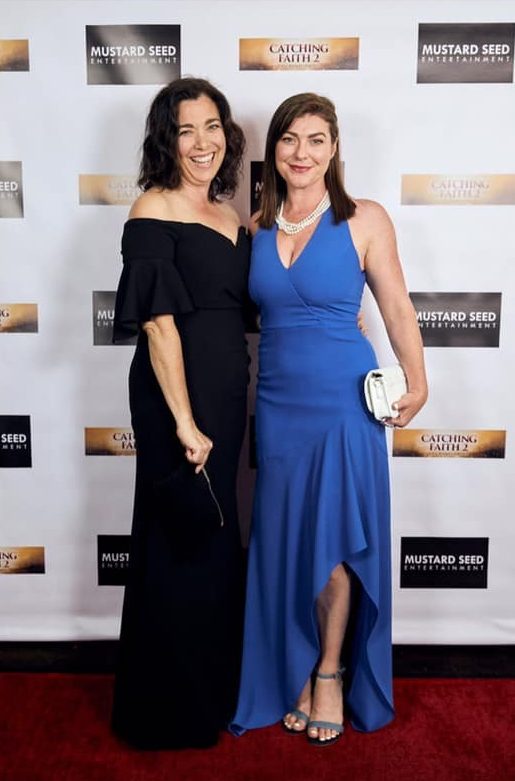