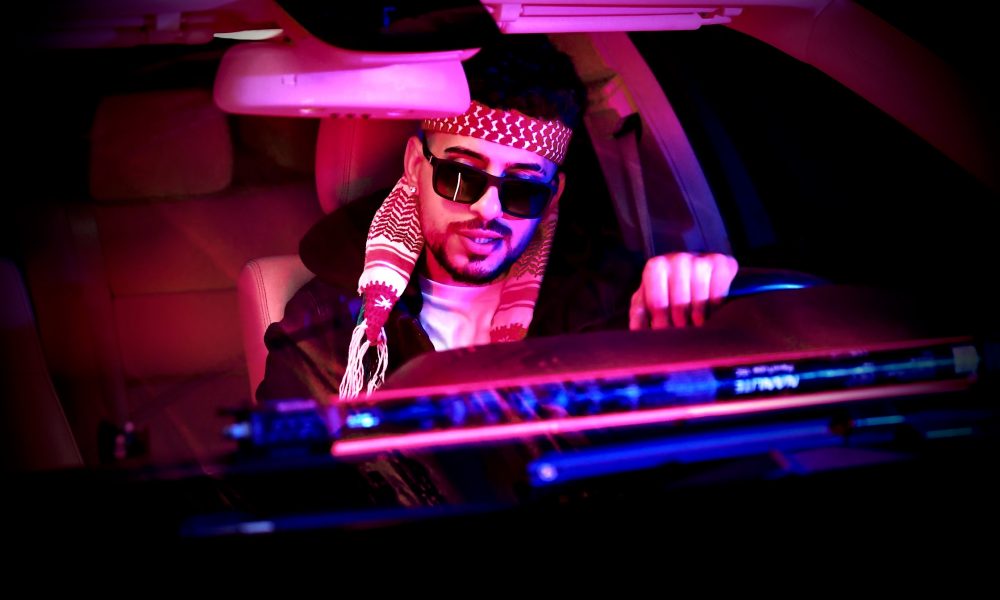 Today we’d like to introduce you to Rakan Ayyoub.

Hi Rakan, thanks for sharing your story with us. To start, maybe you can tell our readers some of your backstory.
My musical story all started with a puppy crush I had in the fourth grade. I will never forget the moment I first picked up a pen, paper and began writing my first love poem. It was simple, but I remember specifically that it had structure and rhymed. Unfortunately, I gave it to her in front of all her friends, and she got embarrassed because it was so cute. Despite that outcome, quickly, I realized that writing words became something I wanted to dive into more. This was the beginning of my journey. In the ninth grade, I met my high-school sweetheart. Like most relationships in high school, it was not easy, and there was a lot of pain. Throughout the relationship, I made a band with a couple of buddies from school. I was the rapper and led electric guitarist. It was the perfect way to express myself and relieve any tension I had been experiencing. The pain and struggle I dealt with was in abundance. Growing up as an Arab American during the times of 9/11, I felt the pain of being discriminated all of my childhood, and it was hard to come to terms with that trauma. The combination of that pain and the problems I dealt with in my relationship is what fueled my journey as a musician. The tragic ending to our relationship. While I want to respect her privacy, let’s just say that she hurt me in ways no human should ever experience. I was traumatized at such a young age. My mental health began going through the worse. However, there was music. All throughout high school, I aspired to become the greatest Arab-American basketball player the world has ever seen. Quickly, this all changed. Basketball did not provide me the comfort that music did during this time. The decision was made after the summer of my Junior year in high school. I concluded that I want to pursue music full time. I chose to not let anything get in the way of that decision. Not relationships, family, friends, and even college. This is when everything became a reality for the young man that I was. I began releasing mixtapes, building my followers, fans and began doing shows. I befriended a local rapper in Anaheim, California named “Phora.” Me and Phora began touring together.

Finally, the release of “Just Right” music video put my career under the spotlight. The music video got featured on World Star Hip Hop’s front page, and almost overnight I went from 10k followers to around 40K on Instagram. I went viral. That is when the destruction began. I performed with E-40, Nipsey Hussle, Sean Kingston, Jerimih, Jason Derulo, Sage The Gemini, IAmSu, Kool John, P-Lo, G Eazy, Baeza, Phora, and many more. I was touring the United States nationwide. Traveling to get paid to perform. It was a dream. My old brand represented many things, but ultimately it was the “reckless” attitude approach. Smoking marijuana recreationally became habitual, long nights in the studio until 4 am with many girls, shows surrounded by fans chanting my name reciting the lyrics to my song… Everything quickly became a reality. I hit superstardom. This is when I got lost… During a show when I performed with Nipsey Hussle (May he Rest In Peace), I realized while listening to the crowd chant my name… That this wasn’t making me happy anymore. My mental health battle got worse with the drug use and party lifestyle. It became transparent that fame, shows, and women was not making me happy. So I stepped away from the industry to get sober, get my mental health in check, and ultimately find my true purpose in life. Years later I am back. By God’s grace I am sober and have been for over two years now. I am grateful God gave me a second chance. Through that period of time however, I didn’t stop making music. In fact, I learned to master the craft of production. Every song I make now… I create the beat from scratch, write the lyrics and story, record my own vocals, then it off to my Engineer. (Andy Acosta / @Racosta121) Special shout out to him because he is the foundation to this huge empire we are building together musically.

Today my purpose is to enlighten the world through music. To spread peace, prosperity, awareness to mental health, and overall unconditional love. I’ve seen the dark side of the industry, and it is so easy for any young kid with talent to get famous nowadays and lose themselves in the process. I truly believe that God gave me my musical talents to be that example for the youth today and anyone going through a similar experience as I went through. Thus, the creation of my new Record Label: “Enlightened Divinity Music.” (EDM) I was aware that all my content was still on the internet. So before uploading anything new, I had to remove my past because I know that I do not want to stand for those ideals anymore. Deleting over thousands of pictures and videos of tours from my Instagram, pictures with celebrities along the way; really, my whole story. It was to give *EDM Records* the opportunity it deserves to inspire others. On March 12th, 2021, years after I disappeared from the music industry. I finally released the first single off of my debut album called “Legacy.” The single is on Spotify, Apple Music, Anghami, Tidal, IHeartRadio, etc. The single is called “My Everything” which I produced, wrote, and recorded. My Everything is a love song talking about my past experience with love and how I lost hope in what true love really is. However, it all changes when I finally meet my present Queen. (MySnickerdoodle) Thus, the song sheds light on the idea that, even though someone broke your heart and traumatized you, God has a plan for you. So the idea is to never lose hope in God’s plan for your future.

After ten years of making music, I finally announced via Instagram the released of my debut album “Legacy.” The concept behind “Legacy” is quite complex, however it is ultimately combining all of my past experiences of relationships, trauma, mental health, fame, music, generally my whole story, and using my testimony to change the hearts of those who may feel stuck, or broken. I named it “Legacy” because (God Forbid) if I died tomorrow, I want the world to know that if they remember me by anything, it is the concepts and ideology within this album. Working with my day one brother “Edgar Lopez,” @ELopez_Trvp, we collaborated on a music video that truly looks INCREDIBLE. The music video for “My Everything” will be released on April 1st, 2021 via Instagram and Youtube. A side project I did was a remix/cover to Linkin’ Park – Numb. I released this via YouTube and Soundcloud. I did this as a birthday tribute to the greatest songwriter of all time: Chester Bennington. His music inspired me in ways no other artist can. His words, his character, his love, and personality all are reasons why he is such an inspiration to me. May his soul Rest In Peace. Recently, I was featured on @Amman_FM on Instagram which is the biggest Instagram public page in Jordan (My Home Country). I also was featured on Disruptive Magazine. Publishers find interest in my story and by God’s grace (ALL CREDIT given to God) they want to release my story to the public. I pray that my story can help change millions of lives, however, even if it just changes one… Then I truly will feel a purpose fulfilled. This is my story. I am Rakan Ayyoub.

Alright, so let’s dig a little deeper into the story – has it been an easy path overall and if not, what were the challenges you’ve had to overcome?
The obstacles were extreme… It was not an easy process to get to where I’m at today. Obstacles I faced were:
– The pressure of being in the spotlight.
– The pressure of selling out.
– Mental Health problems related to the music industry.
– Hanging out with bad crowds which influenced me the wrong way.
– Chronic marijuana use.
– Depression, anxiety, and loneliness.
– Finding the right engineer to mix and master my music. (By God’s grace, I found him)
– Finding the right video team (By God’s grace, I found them)
– Learning to accept that people may not like my music anymore since what I stand for is now changing.
– Balancing full-time school (25 units) while working on my debut album.
– Finding time for family and loved ones.

Thanks for sharing that. So, maybe next you can tell us a bit more about your work?
Some can say I am the new school “Dr. Dre.” However, Dr. Dre is Dr. Dre. I am Rakan Ayyoub. I am known for being the one stop shop musically. I create all my own melodies and sounds, produce the beat by myself, write the lyrics myself, record the vocals myself. (Then I send it to my day 1 brother Andy to bring it all to life in the mix) I was known for being a rapper. It’s how I got popular. Today, while I still do have segments where I rap in my music, I am known as a rebranded pop star. Producing pop beats with twists of EDM Vibes influenced by Mozart and Beethoven. I am most proud of overcoming my struggles. My demons were addiction to fame, money, cars, drugs, women, partying, and many more negative things. I am most proud that I found God in my life and accepted Jesus into my heart declaring that he died on the cross for my sins. While I do not make worship music, I have a very close relationship with the Almighty and pray on a regular basis.

We love surprises, fun facts and unexpected stories. Is there something you can share that might surprise us?
That I am a believer in Jesus Christ. My past was what many may call “Dark.” God is the light in my heart that inspires each secular song I write. While I do not reference Jesus or religion in general in my music, it is what influences my creativity and lyrical approach. The industry is filled with very demonic and negative influences. I feel God gave me these talents to be the light in the dark. 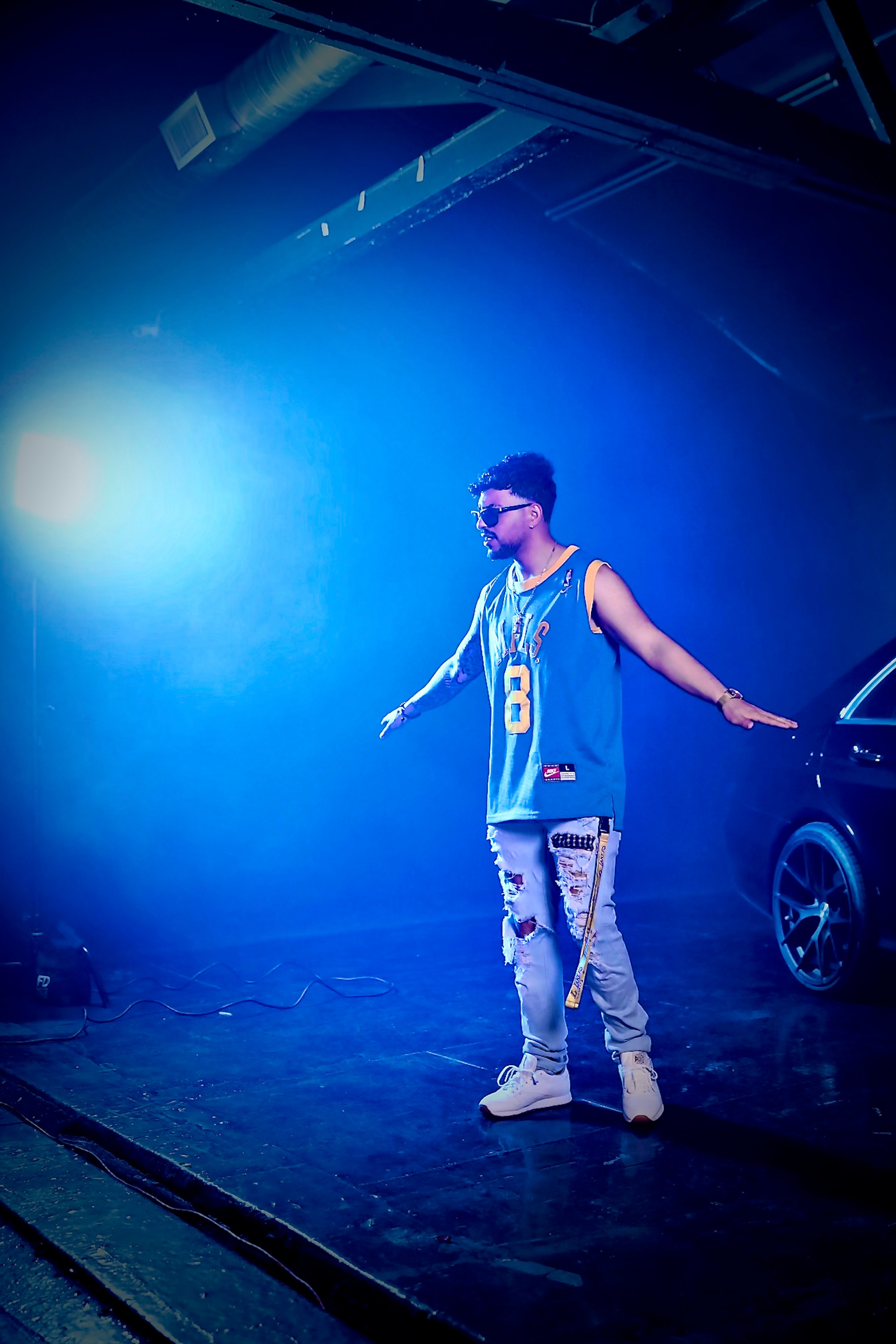 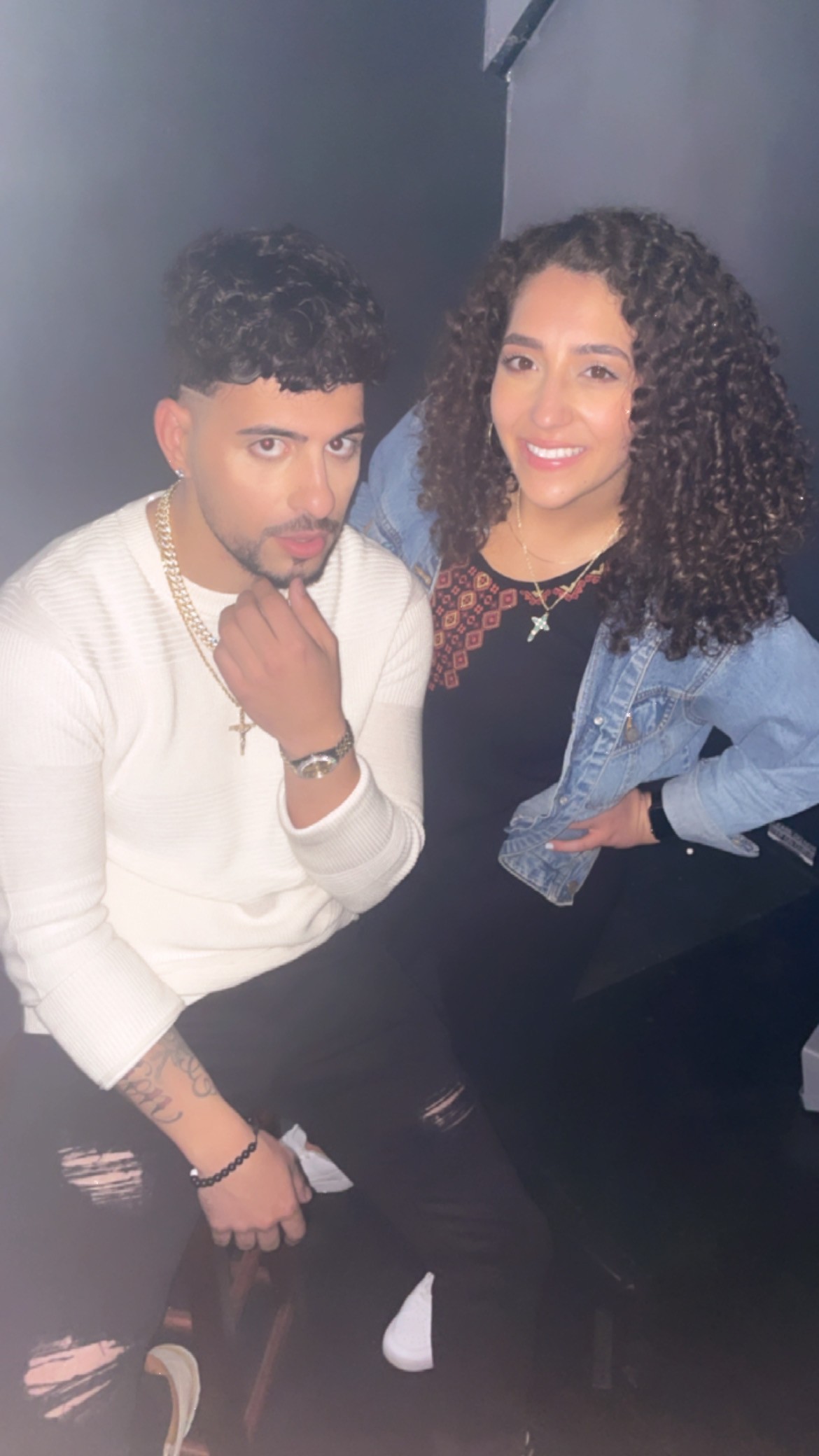 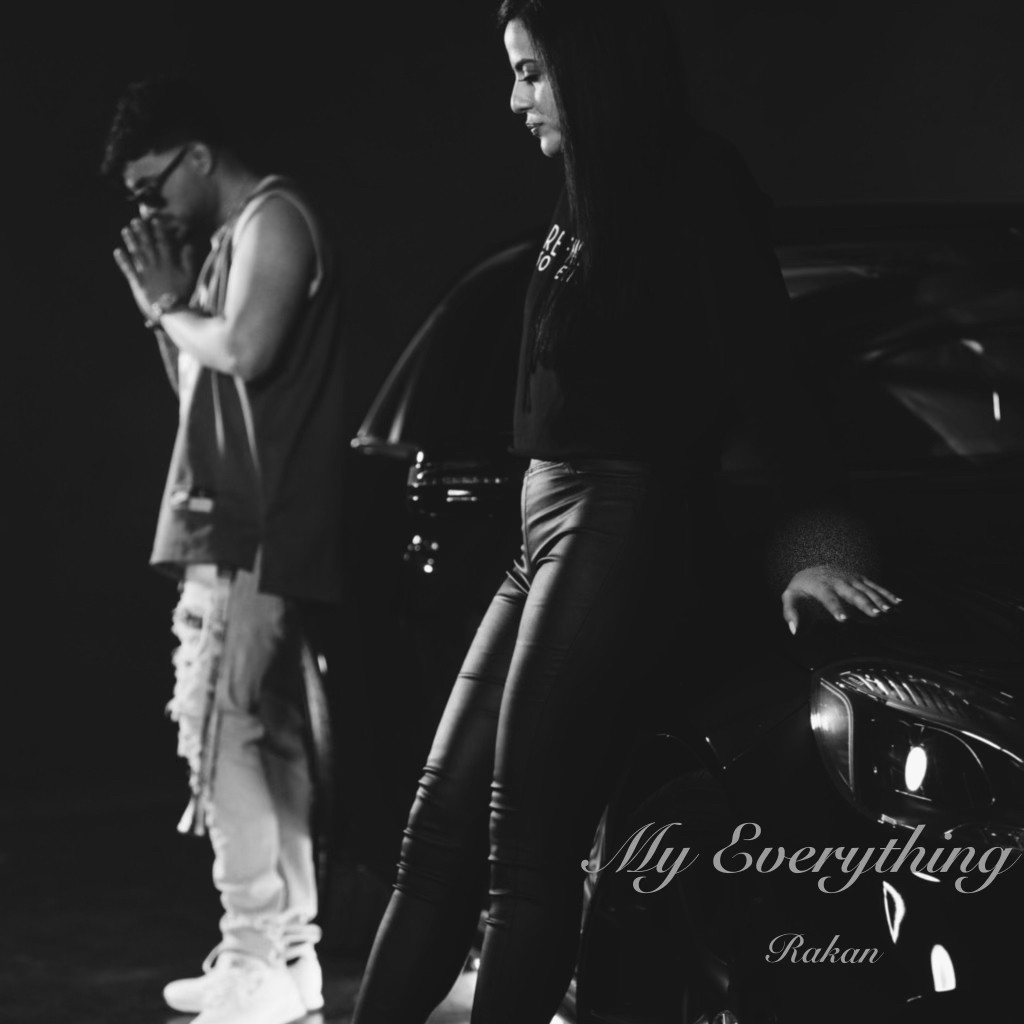 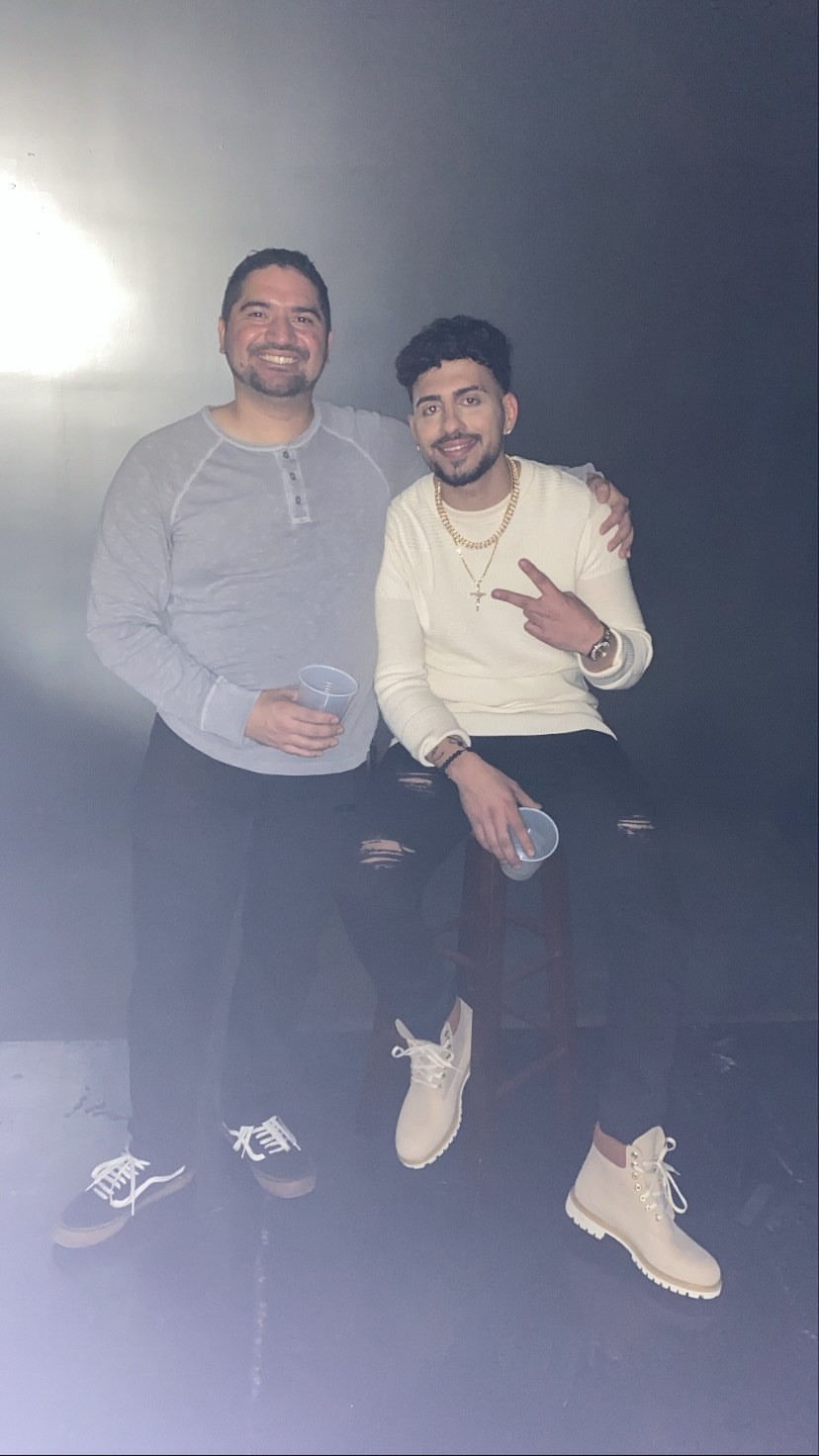 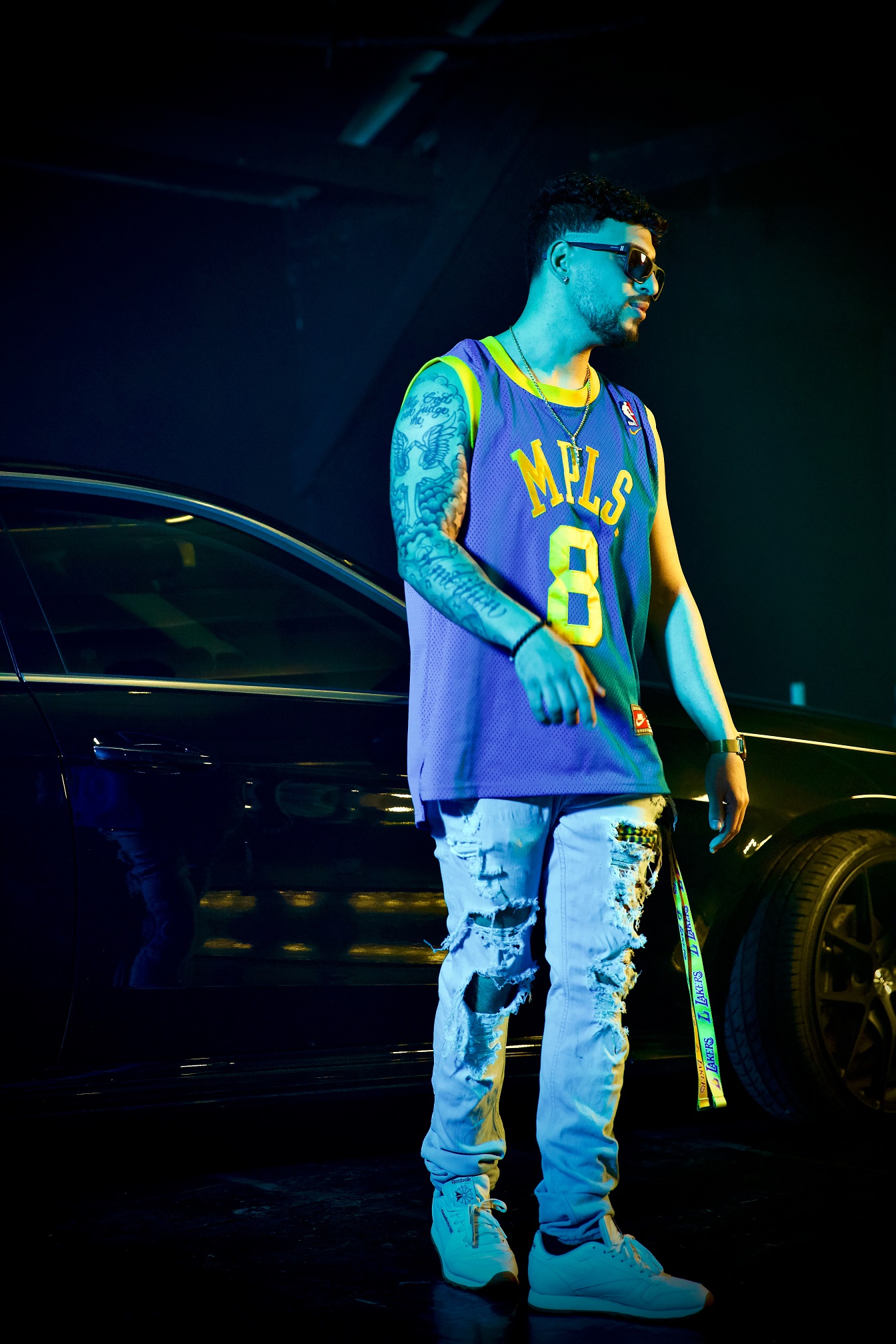