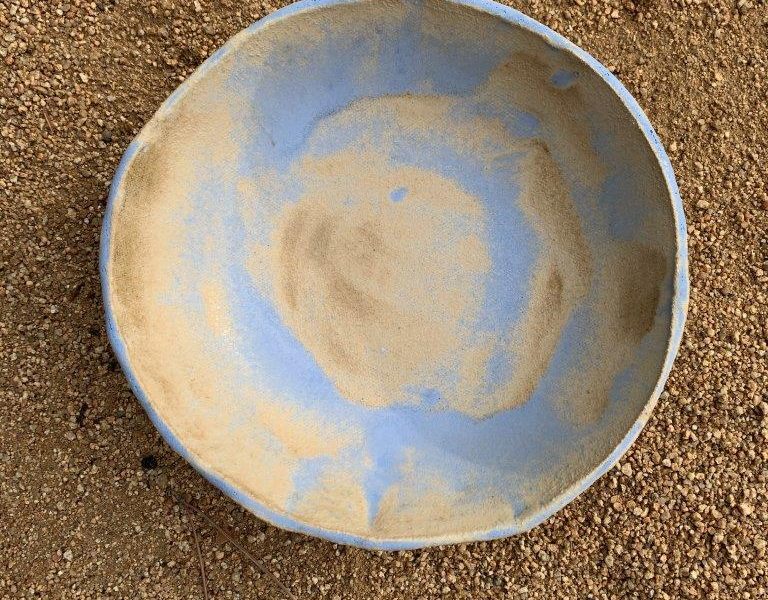 Today we’d like to introduce you to People’s Pottery Project.

Please kick things off for us with some background on People’s Pottery Project.
People’s Pottery Project is an artisan ceramics studio in Glassell Park, operated and led by formerly incarcerated people. PPP designs, fabricates and distributes the “People’s Bowl” and other beautiful handmade ceramic homewares. Our mission is to empower formerly incarcerated women, trans, and nonbinary individuals to create a better world, focused on healing and creativity.

Our story begins in 2019. Ilka Rosales (now Perkins) had just passed through an extremely daunting trial: the California Parole Board. After being incarcerated since the age of 17, Ilka had to prove after 26 years of incarceration that it was time for her to come home. It is an extremely difficult and overwhelming experience; in 2016 only 16% of people who go before the parole board were granted freedom. There are many, many problems with the parole process in California. One of the problems is that people in prison have to secure a job offer as part of their packet for parole. Individuals who don’t have a job offer have a much reduced chance of being allowed freedom. So prior to Ilka’s parole, Molly Larkey, an artist, offered her a job as a studio assistant in the hopes that it would give her a better chance at passing parole. Neither Molly nor Ilka knew that not only would she pass parole but they would go on to co-found People’s Pottery Project together! To add to their fortune, Domonique Perkins, a formerly incarcerated person with extensive experience with fabrication and distribution, soon agreed to join as a co-founder. Utilizing Ilka’s business savvy, Molly’s extensive knowledge of the art world, and Domonique’s incredible skills as a craftsman, People’s Pottery Project was born!

Can you talk to us a bit about the challenges and lessons you’ve learned along the way. Looking back would you say it’s been easy or smooth in retrospect?
We are very fortunate to have a small and supportive community who sees the real need for People’s Pottery Project to exist in the world. Being a new nonprofit that got its start just months before a global pandemic has presented some serious challenges, as you can imagine. Mostly, that has meant that we have had to cut back on our group pottery classes and some of the other profit-making aspects of our organization. We are still establishing our long-term financial sustainability and are hoping that more and more Angelenos show up to support our mission!

Thanks – so what else should our readers know about your work and what you’re currently focused on?
People’s Pottery Project is a mutual aid organization, which means that we come together to help each other and to build a better world. Our work was born from decades of advocacy by people in and outside prison who want to address the harms that the prison system perpetuates towards incarcerated people and their families. Our work is specifically about re-entry, which is the process in which an incarcerated person leaves prison to re-enter outside society. Many people don’t know, but there are very few resources to support people attempting to re-establish their lives after incarceration, especially for women, trans, and gender nonconforming people. Many people inside prisons have little access to educational opportunities and meaningful career development. Many spend their incarceration doing hard work for much less than a dollar per hour. Imagine coming out of prison after decades, facing the already extremely challenging employment situation and also rampant hiring discrimination? As a society, we are not setting up people for success, that’s for sure. So People’s Pottery Project really wants to address this issue. We are doing that now by building a collectively run organization and hiring individuals who are in the process of re-entry to design, produce and distribute high-quality ceramics.

We also will be holding ceramics classes taught by formerly incarcerated people to connect individuals who might never meet otherwise and hopefully undo some of the terrible myths that people have accepted about individuals who have been in prison. We are also excited to offer classes to formerly incarcerated people who can utilize pottery and art-making to undo some of the trauma that people who have experienced incarceration continue to carry. Anyone who has been behind a pottery wheel knows that it can be a very healing experience. And formerly incarcerated people who participate in these classes will get paid for their participation, providing short term financial stability when needed. Finally, People’s Pottery Project will contribute to the movement to reduce the harms of incarceration and ultimately abolish prisons once and for all. We know that prisons do not solve any of the social problems they are meant to fix and that ultimately they just further the cycle of violence. We know that a better world is possible than one that centers punishment and suffering. We want to build a world dedicated to trust, healing, and mutual support.

What quality or characteristic do you feel is most important to your success?
Our people! We love working together and are so inspired by our collective ability to overcome the odds. Come to a class in 2021, you will see! 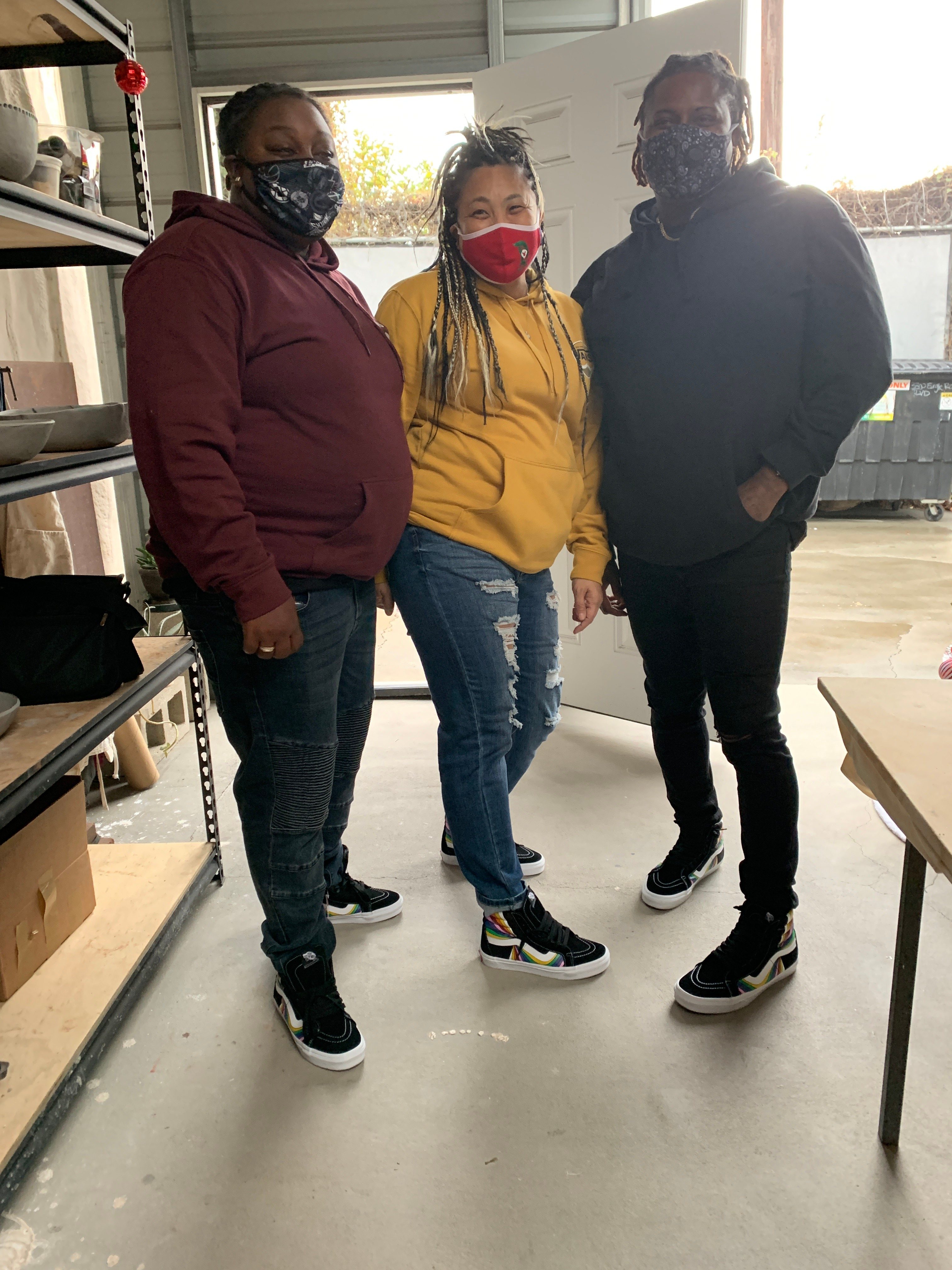 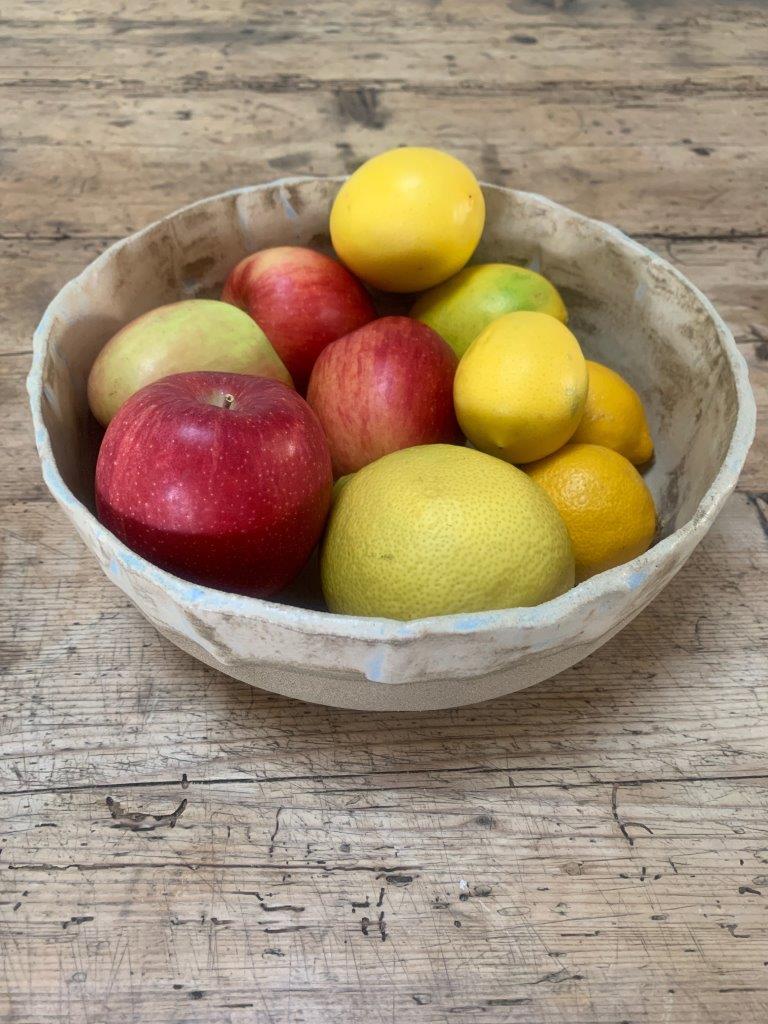 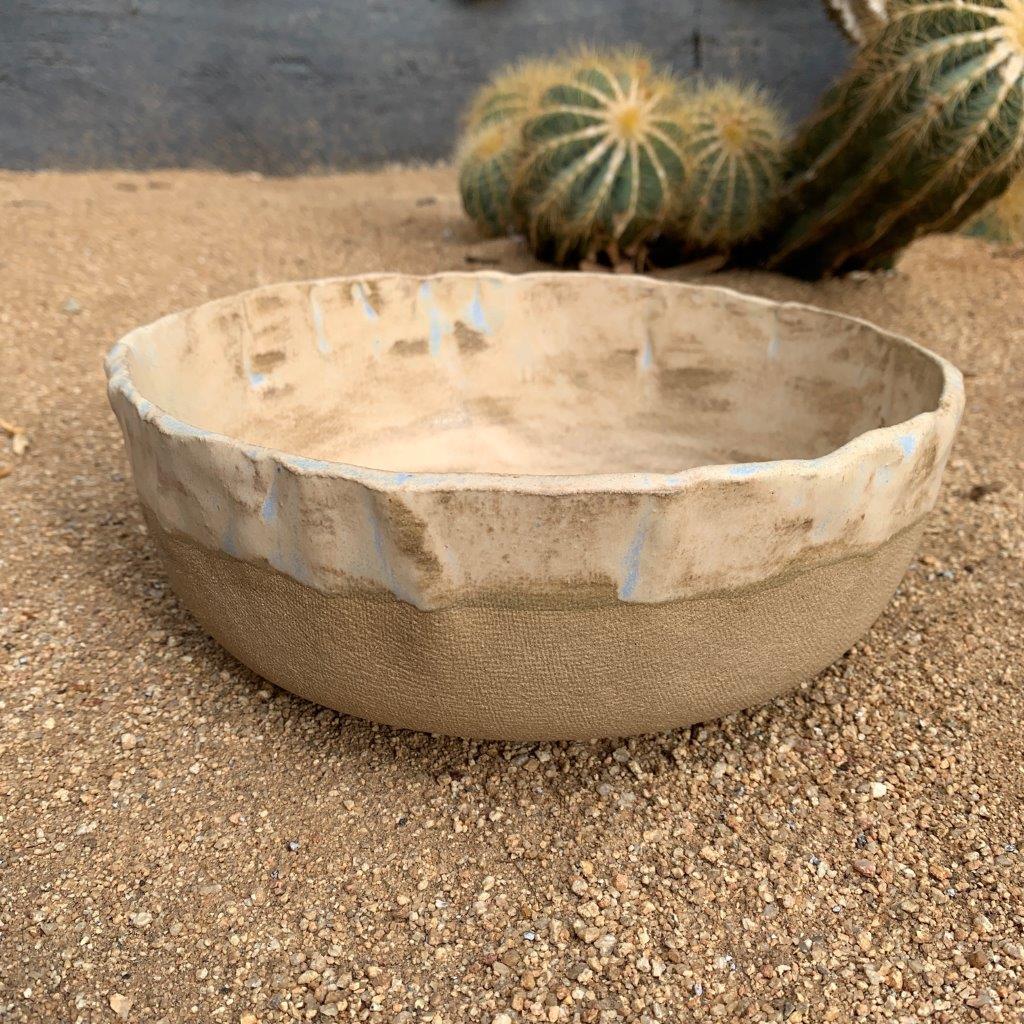 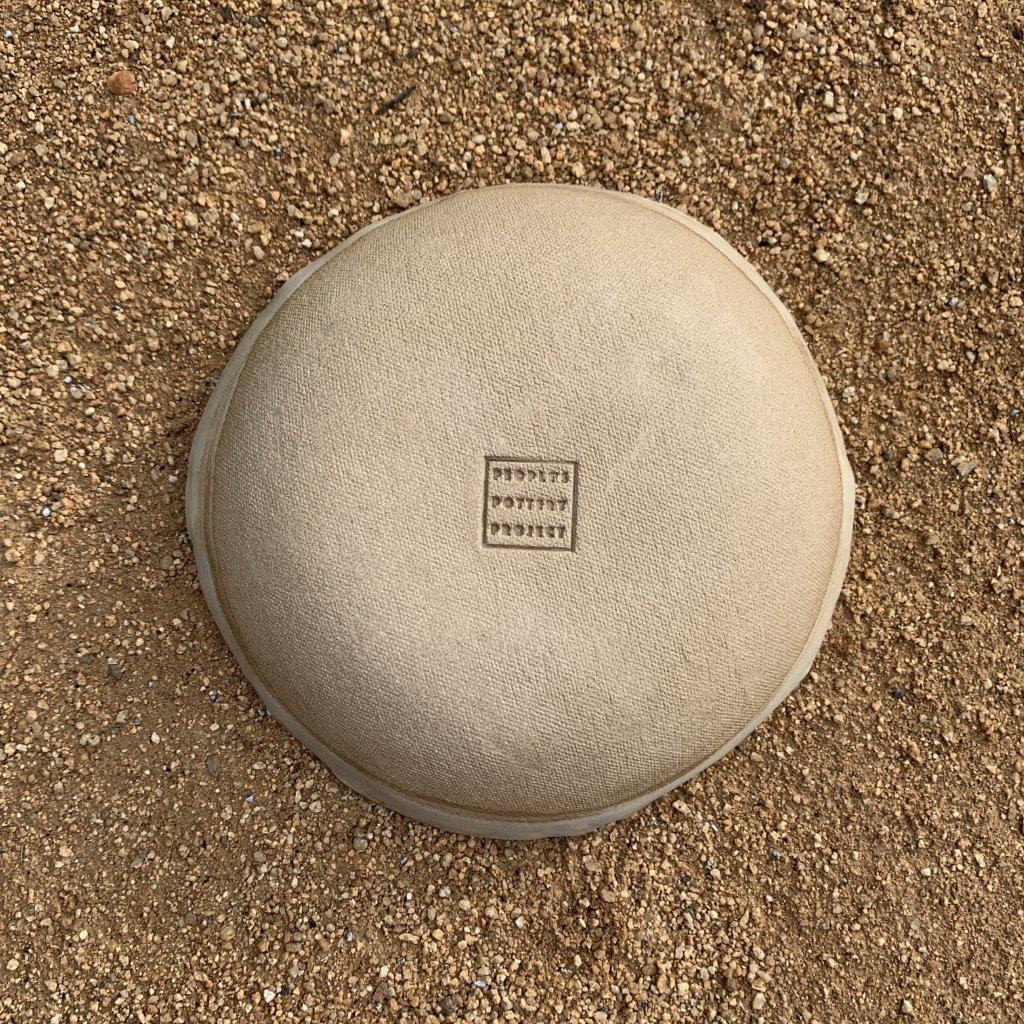 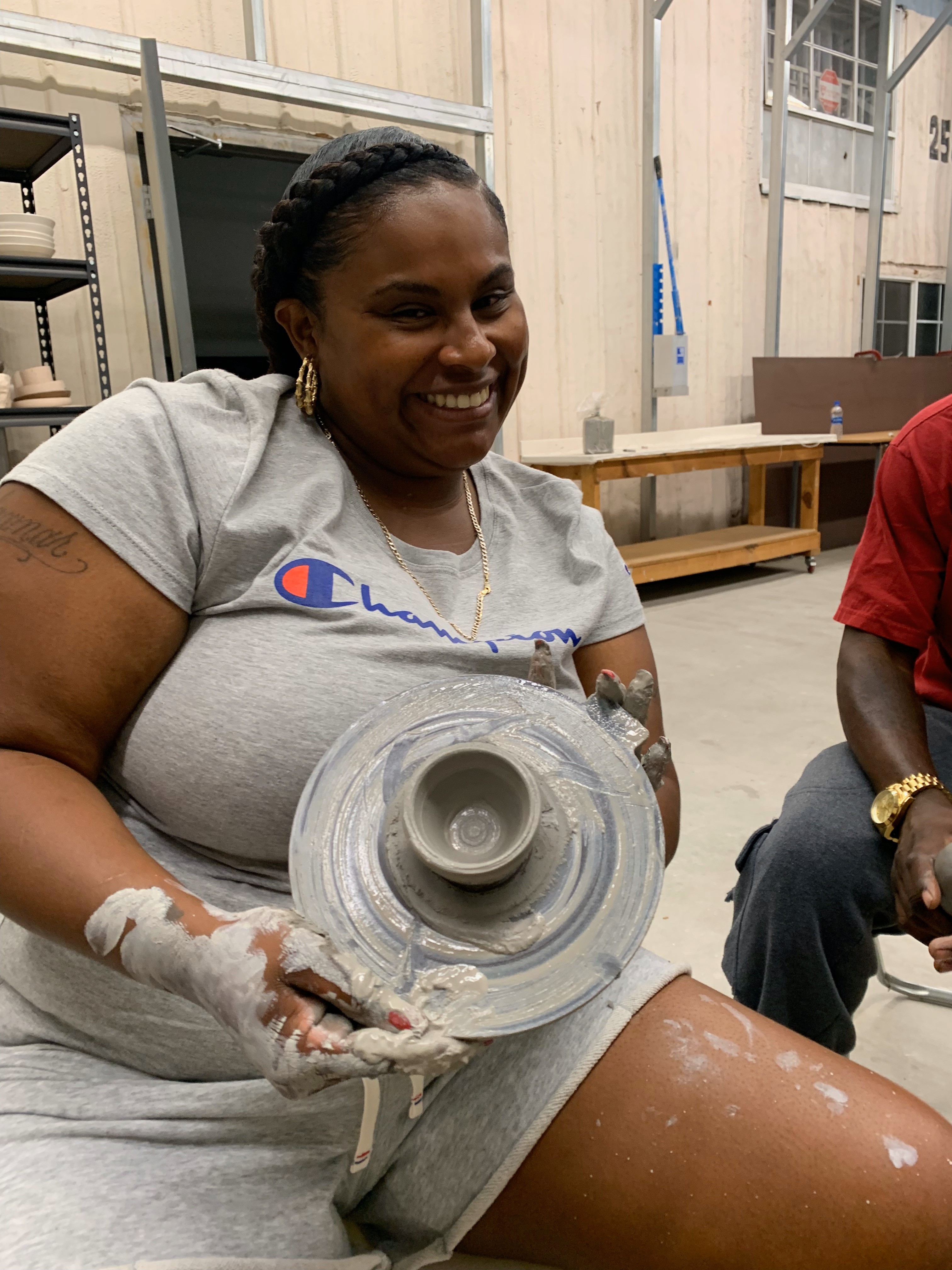