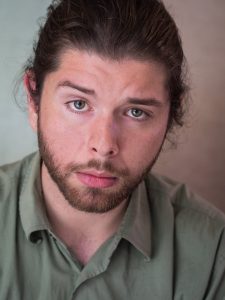 Today we’d like to introduce you to Patrick Guilherme.

Hi Patrick, so excited to have you on the platform. So before we get into questions about your work-life, maybe you can bring our readers up to speed on your story and how you got to where you are today?
For as long as I can remember, I have been a performer. I was always the little kid getting in trouble for cracking too many jokes at the most inappropriate of times, always wanting to be the center of attention. That desire to be in front of a crowd led me down a musical path for quite some time. During my teen years into my early 20s, I was the frontman and lyricist of several rock bands. But like any musician will tell you, being able to rely on others to be as passionate as you are about something is a tough thing to achieve. I starved for a stage, and music just wasn’t cooperating, which is when I began Selfie Sunday Entertainment. In 2014 Selfie Sunday started as an improv comedy podcast hosted by myself and my childhood friend Kyle O’Brien. We would sit down a few times a month with a laptop, hit record, and start riffing off of each other. Soon the word of Selfie Sunday spread and local people started requesting to be guests on the show. It was at that point of interest that I felt like there was something special we had. Not long after, Selfie Sunday branched into event hosting. We had a weekly spot at Penguin Pizza in Boston, MA for a trivia game, held sponsored events for companies such as Lionsgate entertainment and Ommegang Brewery, hosted parties, held live comedy shows, and were even hired to host a couple of weddings. It seemed to happen overnight, but our little operation was gaining some real traction.

While Selfie Sunday was on the rise, I had taken a recent interest in story structure through Joseph Campbell’s Hero’s Journey. This is when Selfie Sunday moved past live performances/podcasting and dove into script production. In 2015, Selfie Sunday wrote and filmed Boston City Cops, our first scripted production (later released in 2016). The joy of being on a set I was responsible for gave me such a burst of purpose, something I had only achieved previously through live performance. It was then we decided to finally make a date for a move to Los Angeles. 2016 was a crazy year. Selfie Sunday dropped its first comedy album “Look At Me Now Dad” Boston City Cops ep 1 was released, and we uprooted our operation from Boston, MA to Los Angeles. I remember landing in LAX with nothing more than what could fit in my backpack, a heart full of passion, and a strong desire to not spend too much time being homeless. It wasn’t long until we set up shop in Koreatown and Selfie Sunday continued its work. Since then, we have released many more podcast episodes, web content, musical tracks, and short films. I spend most of my free time soaking up as much knowledge as I can, always trying to better Selfie Sunday’s content. Entertaining is my life’s passion and something I will do till the day I die.

Can you talk to us a bit about the challenges and lessons you’ve learned along the way. Looking back would you say it’s been easy or smooth in retrospect?
The road has been anything but smooth for me. I grew up pretty poor, money was always a source of stress in my household. There were times I didn’t know if I was going to eat that day or if I’d have running water or heat for the week. It was a lot for a child to handle, but it taught me how to survive off of practically nothing. Ironically enough, I also suffer from pretty rough anxiety. While getting on a stage is a piece of cake, a one on one conversation or making a phone call can cause me such an overwhelming feeling of pressure and dread. Why get into performing, you ask? It’s a double bladed sword really. The only joy I get is from entertaining, yet my biggest fear is having to engage with people. I can’t really make sense of it either, but it hasn’t stopped me yet. The biggest roadblock I had to overcome was the passing of my Dad. He died in a car accident about a year before I left Boston. At that point in time, I was hyper-focused on saving the money needed to move to LA, so I hadn’t seen him that much. Losing him rocked me harder than anything has ever rocked me before. I owe a lot of my sense of humor as well as my intense work ethic to my Dad, for better and for worse. He always supported whatever I was doing and was pretty much the only family I had that I was really close to. Not a day goes by that I don’t think about what he’d think of me now.

Thanks for sharing that. So, maybe next you can tell us a bit more about your work?
I specialize in comedy writing but like to dabble in many platforms. Selfie Sunday Entertainment is the umbrella for most of my work. Through Selfie Sunday, we have released short films, podcasts, a comedy album, two installments of a mini-series, and have hosted a ton of events. I would say I am best known for my edgy/dark comedy, which shines through my scripts and music, as well as staged performances. I’m a big fan of pushing the bar. I believe that everything is funny because the world makes no sense, so why not laugh at it? What am I most proud of though? That would have to be my debut solo album “We Need to Talk”. Creating an album like WNTT has always been a dream of mine. I poured my heart and soul into this album, not to mention years of my life writing/producing it. It tells my story, gets deep inside my head, and allows me to connect with my audience in a way I’ve never done before. From music&lyrics to production, I undertook every part of the album myself, pushing my skills to their limits. This album made me learn so many new technical things, as well as helping me learn a lot about myself along the way. I’d like to say my work ethic and drive set me apart from others. I live and breathe my work, it’s who I am. Whether it’s scripted, improv, live performance, musical… I give everything I have to it.

Can you share something surprising about yourself?
Surprising? I guess it would have to be that I played football my freshman year of high school. Being in high school at 6’4″ makes you the target of many sports coaches. I was convinced to play my freshman year, and my coach was hell bent on getting me to play the following, he even promised me a spot on the varsity team. I ended up quitting football to join the marching band and thus killed my popular kid career before it even started. 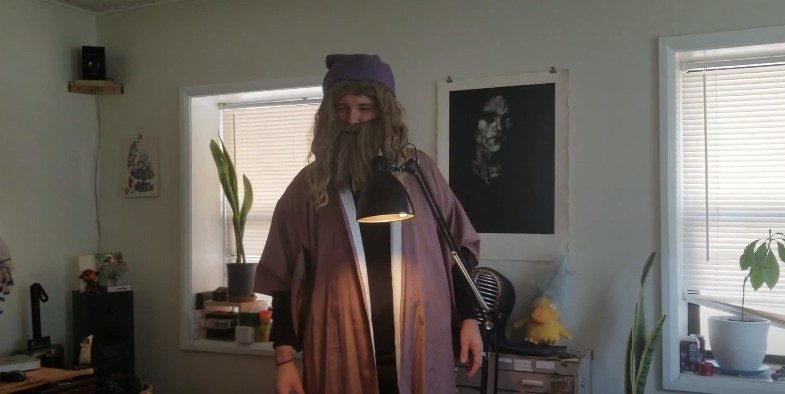 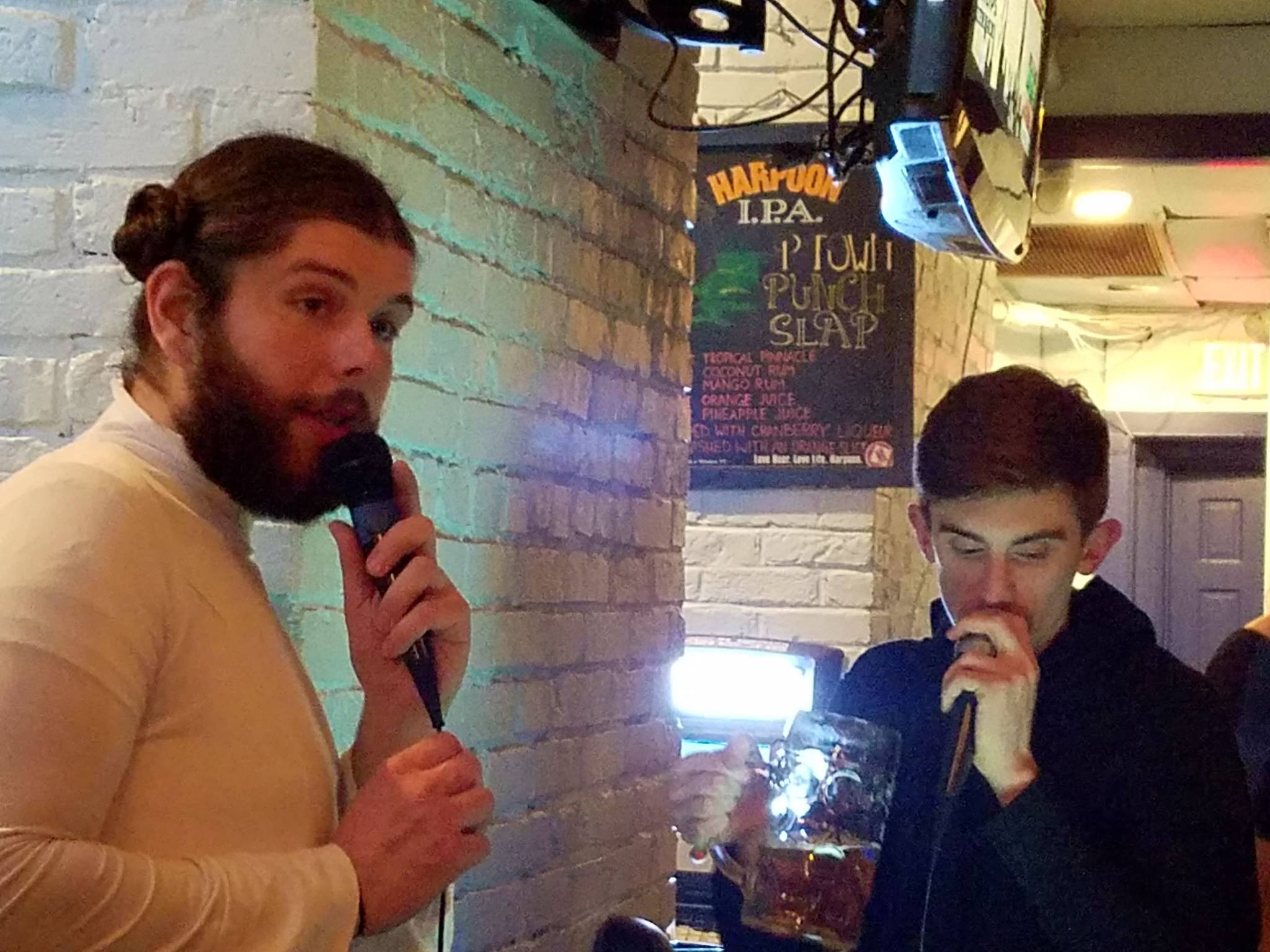 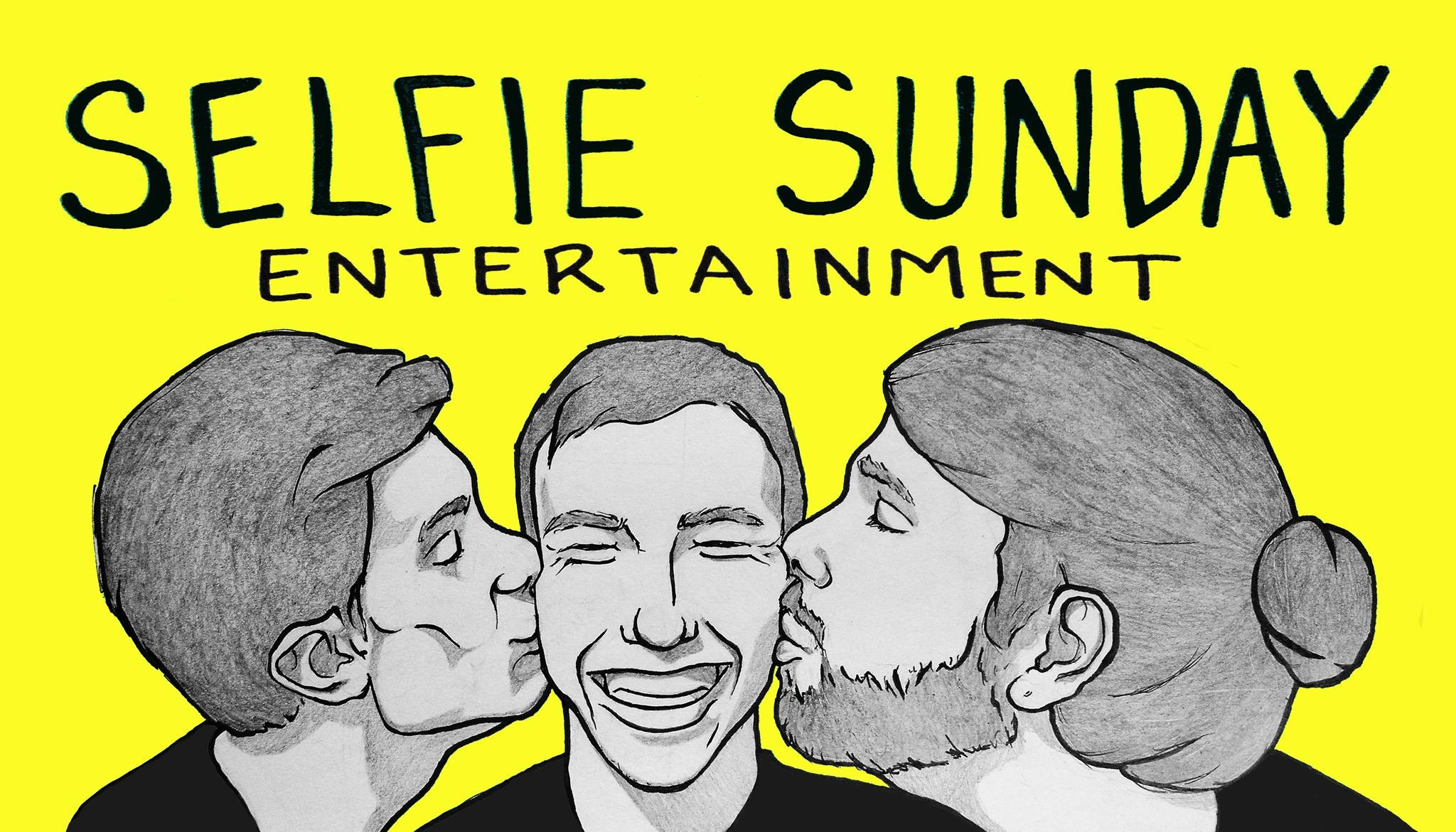 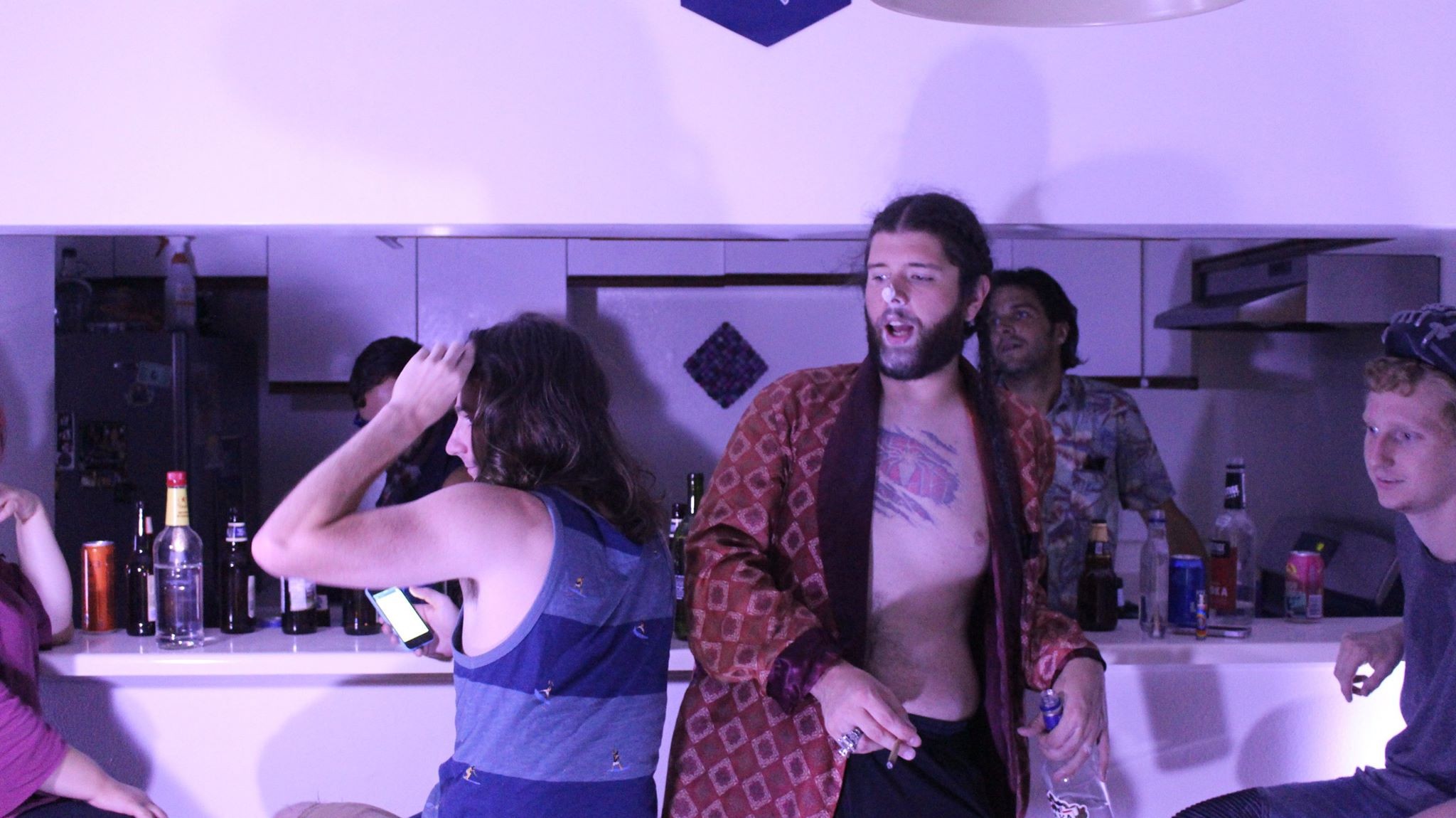 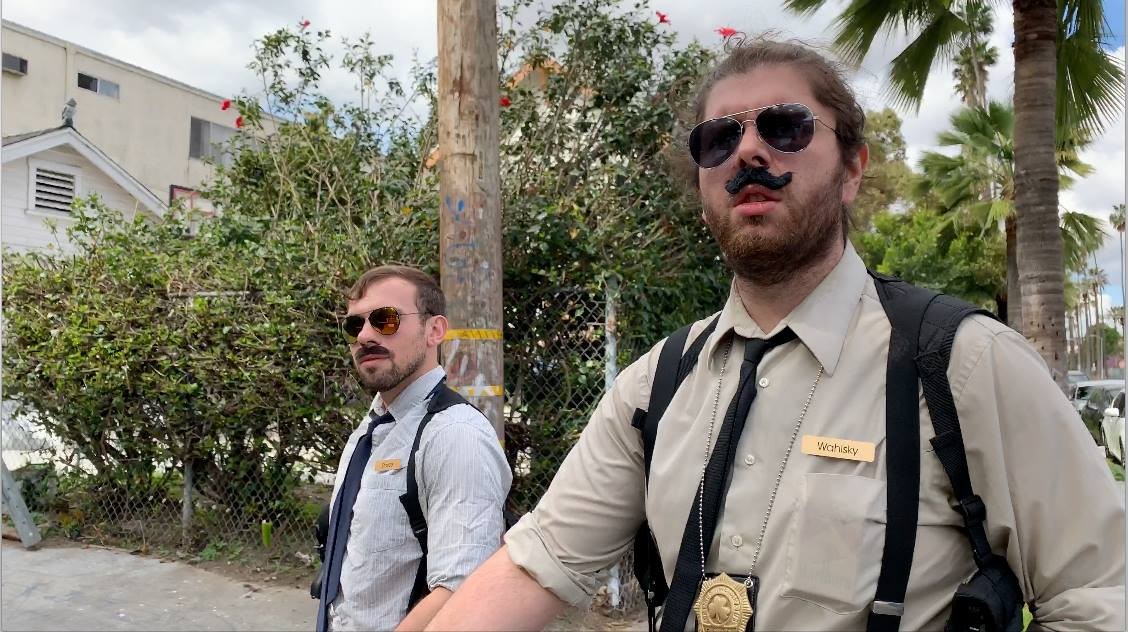 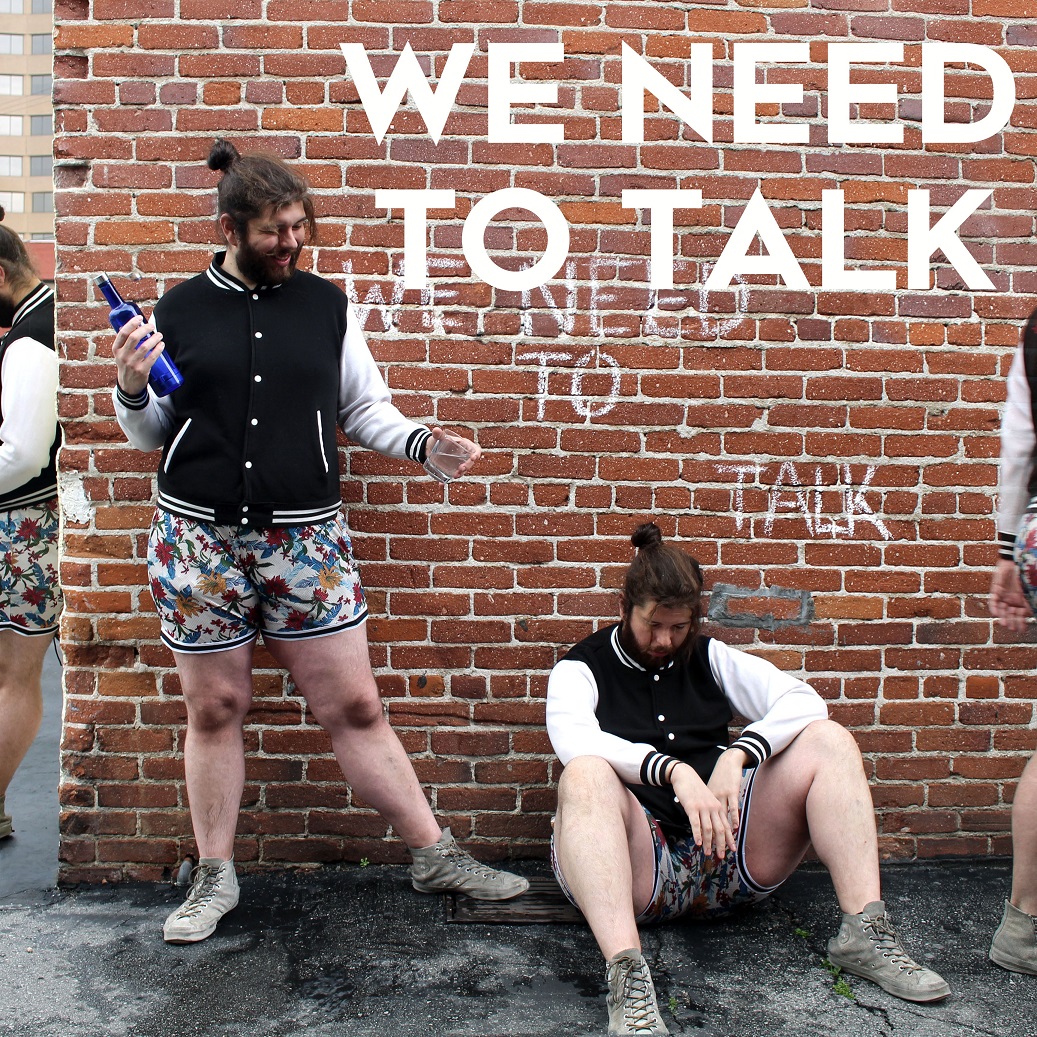 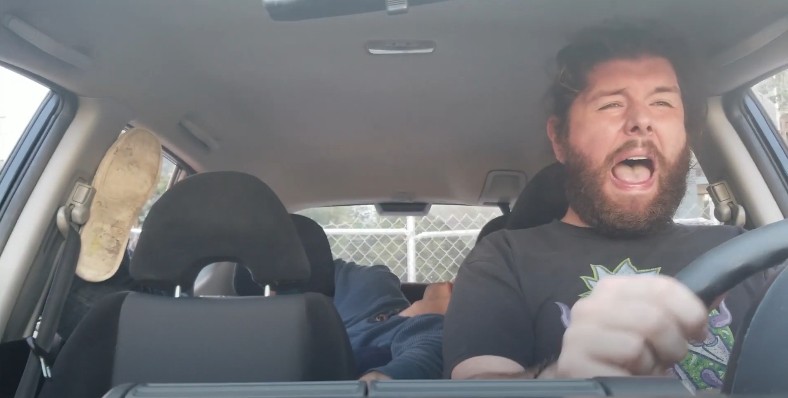