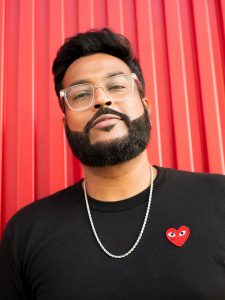 Today we’d like to introduce you to Naveen Madana.

Hi Naveen, please kick things off for us with an introduction to yourself and your story.
Many of you know me as DJ NAVEEN KUMAR in the Urban Desi community and as DARKMADA in the Electronic Dance Music scene. Hailing from Chicago but based in Los Angeles since 2018, I’m a multifaceted artist who has put in the time and hard work to perfect my music production, remixing, and DJ skill set.

One could say that my calling came early as the age of 2 during an Indian ceremony where parents place several items in front of their child. The child is encouraged to grab one or two items, where each choice represents the future of the child with respect to their career or lifestyle. As the story goes, I naturally gravitated towards the Walkman and that’s where it all began. Other than that, I’ve been surrounded by a family that valued the arts whether it be my mother singing at cultural events or my younger brother Pradeep Madana making a name for himself in the industry producing and performing from his LA studio.

As the years went on, various events influenced the direction of my musical career. One that comes to mind is a “Welcome to Junior High” picnic where a DJ was perched up on a platform mixing music in what seemed as a flawless performance to my ten y/o ears. From then on, my fascination with the turntables came to be and as soon as I was old enough to work, I got my first job at Subway. Many paychecks later, I was able to afford my first musical instrument, a Gemini Turntables and mixer setup and that was the birth of DJ Naveen Kumar. I spent countless hours practicing at home, then started performing at house parties and local events, and finally made it to the club scene. There I was fortunate enough to meet many great pioneers in the industry and new doors started to open.

Although I respected the talent that was currently out there, I knew I had to separate myself from the masses. What better way than to pick up another skillset; by 2006 I started dabbling with producing remixes of popular radio hits from mainstream to the Indian music scene. Fortunately, my work received an outpour of positive feedback from fans and DJs within the industry and by 2010, I was completely immersed in music production, composing my own original tracks. It wasn’t until I watched The Cataracs interview, detailing the production of their hit song “Like a G6”, that I was inspired to create my first full song. Shortly after, I fully produced and featured my vocals in an Indian- American pop song called “TU HI RE (I Just Wanna Be With You)” alongside singer/songwriters, Qissmet. It was never officially released but I’m sure you can find it floating around the web.

Soon after the release, I entered many remix contests and submitted numerous demos to be picked up by dance labels. My first big break came when the song “Mark Me Down” which I produced & collaborated with singer/songwriter Michael S. Aka M.Bronx was signed to Perfecto Records (Paul Oakenfold’s Label) under the Armada Music umbrella. This milestone was not only humbling but was the reassurance I needed to continue growing in the industry. Having familiarized myself with the dance music scene, I started my own radio show from my parent’s basement called MOMENTUM where I featured my own music and had the privilege to host and interview some the biggest names in the dance music scene such as Dyro, Starkillers, Tom Swoon, Lazy Rich, Disco Fries, Elephante, Sick Individuals and others.

Wanting to unite both the dance world and the Indian music scene, I conjured up a musical revolution in the Urban Desi community called “Electronic Desi Music aka EDM”. With that came the creation of my monthly radio show “A Night Out” (#ANO). #ANO episodes deliver a monthly dose of the freshest & newest Indian/desi music fused with EDM tunes from all across the globe perfectly blended it into an hour of bliss. This radio show features many talented DJs & producers both well known by many and those on the rise. The show has grown exponentially as the years resulting in worldwide DJ bookings and big artist collaborations.

If you want to know what I’m up to currently… follow me on instragram.com/naveenkumar.

I’m sure you wouldn’t say it’s been obstacle free, but so far would you say the journey have been a fairly smooth road?
A career in music comes with many obstacles and challenges. My family was definitely not on board with my choice and I was met with much resistance from my parents. They, of course wanted their eldest son to pursue a more stable career path one that had less risk and more reward. So, I decided to appease them and apply to college as pre-med took a few classes and interned for a few doctors and realized I wanted to be more hands on so I switched to nursing. Amidst all my schooling and responsibilities, I still found the time to DJ on the weekends and various Chicago venues. It wasn’t until I gained more recognition and success that my parents began to hesitantly accept my love for music. Let’s be honest, they never uttered the words “You have our Blessings” but it was more of an unspoken acknowledgment, and that was enough for me.

The challenges didn’t stop there. The music industry is a saturated and competitive market, and in order to compete let alone succeed one must be able to wear multiple hats and be a jack of all trades. I produce all my own music, DJ my own sets, create my own marketing graphics & videos (majority of the time), promote my own music, setup my own photoshoots (with the help from friends), and I continue to educate myself in a field that is constantly changing. At times I feel my plate is too full but there is no stopping now!

Simply put, there are no secrets, cheat codes, or shortcuts… success doesn’t happen overnight. Perseverance, sacrifice, and learning all are necessary to achieve your dreams. I learned early in my career that success is not the key to happiness but rather happiness is the key to success.

Thanks for sharing that. So, maybe next you can tell us a bit more about your work?
Having been in the industry for over ten years, I’ve been blessed to have the opportunity to perform all across the world; from Amsterdam to Singapore to Cancun to Las Vegas just to name a few. As a DJ, I’ve played alongside Jay Sean, Imran Khan, RDB, MOTI, Raghav, Panjabi Hit Squad, Culture Shock, Tom Swoon, Bally Sagoo, DJ Shadow Dubai, DJ Aqeel, and many more.

Alongside traveling, I’ve been fortunate enough to have my music released on prestigious labels such as Armada Music, Blackhole Recordings, RIDE Recordings, Perfecto Records, Zouk Recordings & many more. I’ve also been blessed to have my music supported by the greats & legends like Tiesto, Paul Oakenfold, Marcus Schulz, Pete Tong, Roger Shah, Gareth Amery, Starkillers, Futuristic Polar Bears, DJs From Mars, Juicy M and countless others! Another notable release was my collaboration with Torio, with the song “Ascending” which was signed to Magic Island under the Blackhole Recording umbrella. This release charted Top 25 trance tracks, open release for two straight weeks!

As of late, under the DJ Naveen Kumar brand, I have released several Urban-Desi official remixes for Happy Singh, Upsidedown and Pranna. More recently, I dropped my first original song called “JADED” with singer/songwriter Dixi. It’s an Urban-Desi pop song that includes classical Indian-Asian elements which, ironically, provides a melodic chorus. JADED is out now on all platforms so make sure you check it out!

The Darkmada brand has been making headway, releasing an official remix to “Let It Rain” by Mangal Suvarnan’s, signed to RIDE Recordings (Myon’s Label). The remix is said to be highly contagious and will send the crowds into overdrive. Be sure to listen in on all streaming platforms, I guarantee you won’t be disappointed.

How can people work with you, collaborate with you or support you?
For DJ Naveen Kumar releases, you can expect a follow-up single with Dixi after our “JADED” release. An official remix for Pranna & Simar – Aaja Ve is also slated to be released in the coming weeks. I’m currently working on other originals that will be hitting all streaming platforms in the near future but can’t disclose more information at this time.

As for Darkmada releases, I have projects in the works with artists such as Mangal Suvarnan & Arcane. Currently, I’m in the middle of finishing up a long-overdue single with the artist Torio. We have collaborated musically in the past producing a hit single “Ascending” which was released on Blackhole Recordings. More details coming soon! 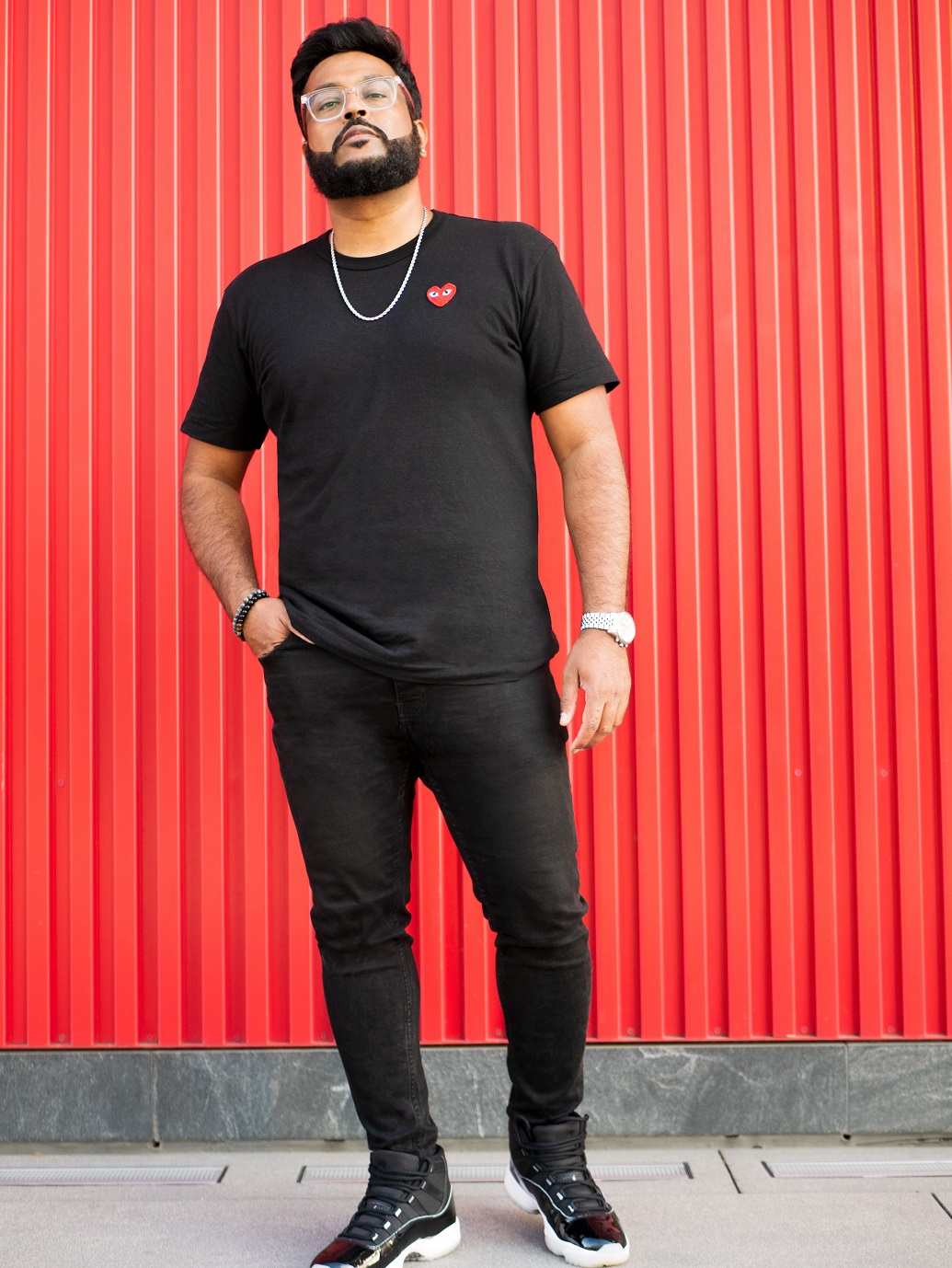 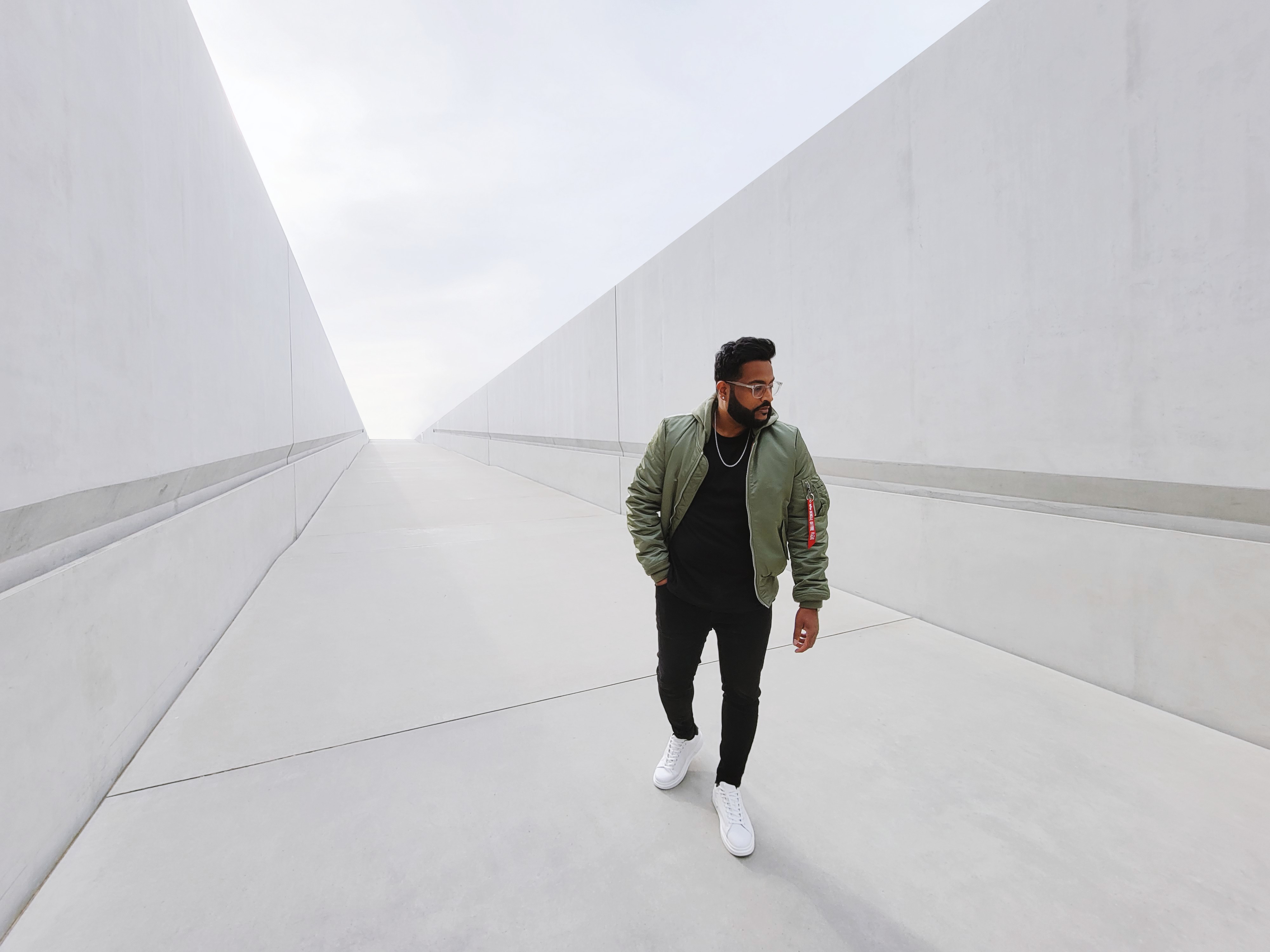 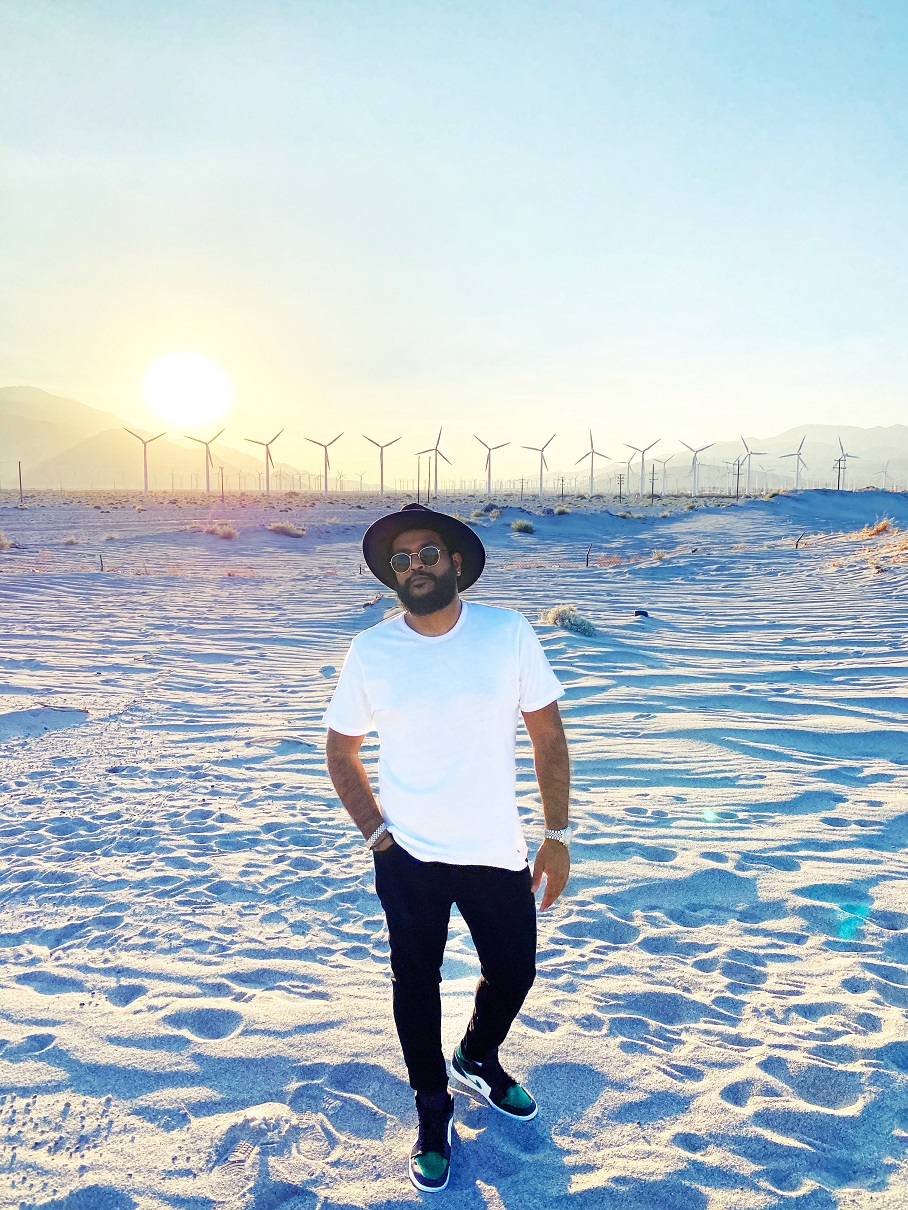 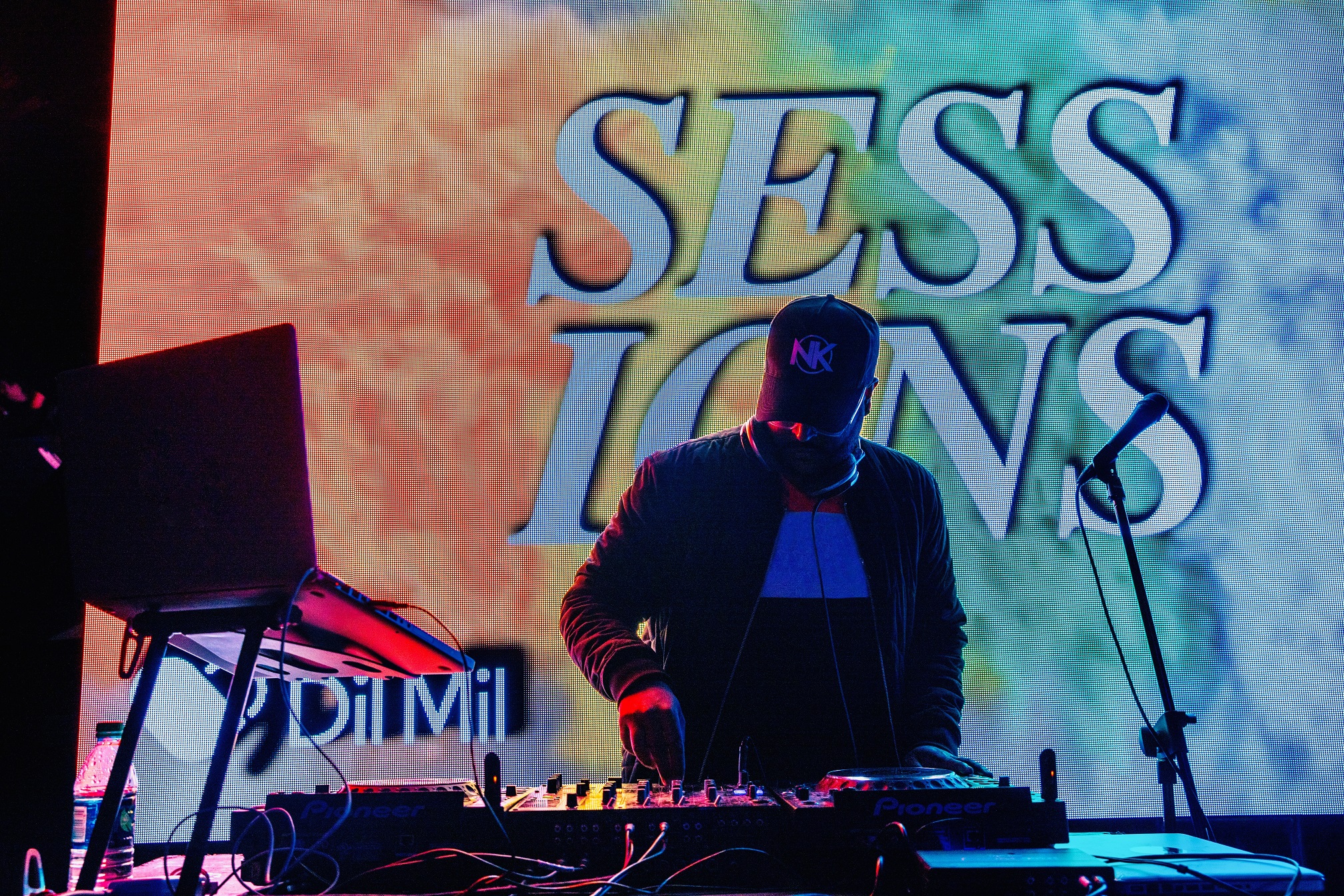 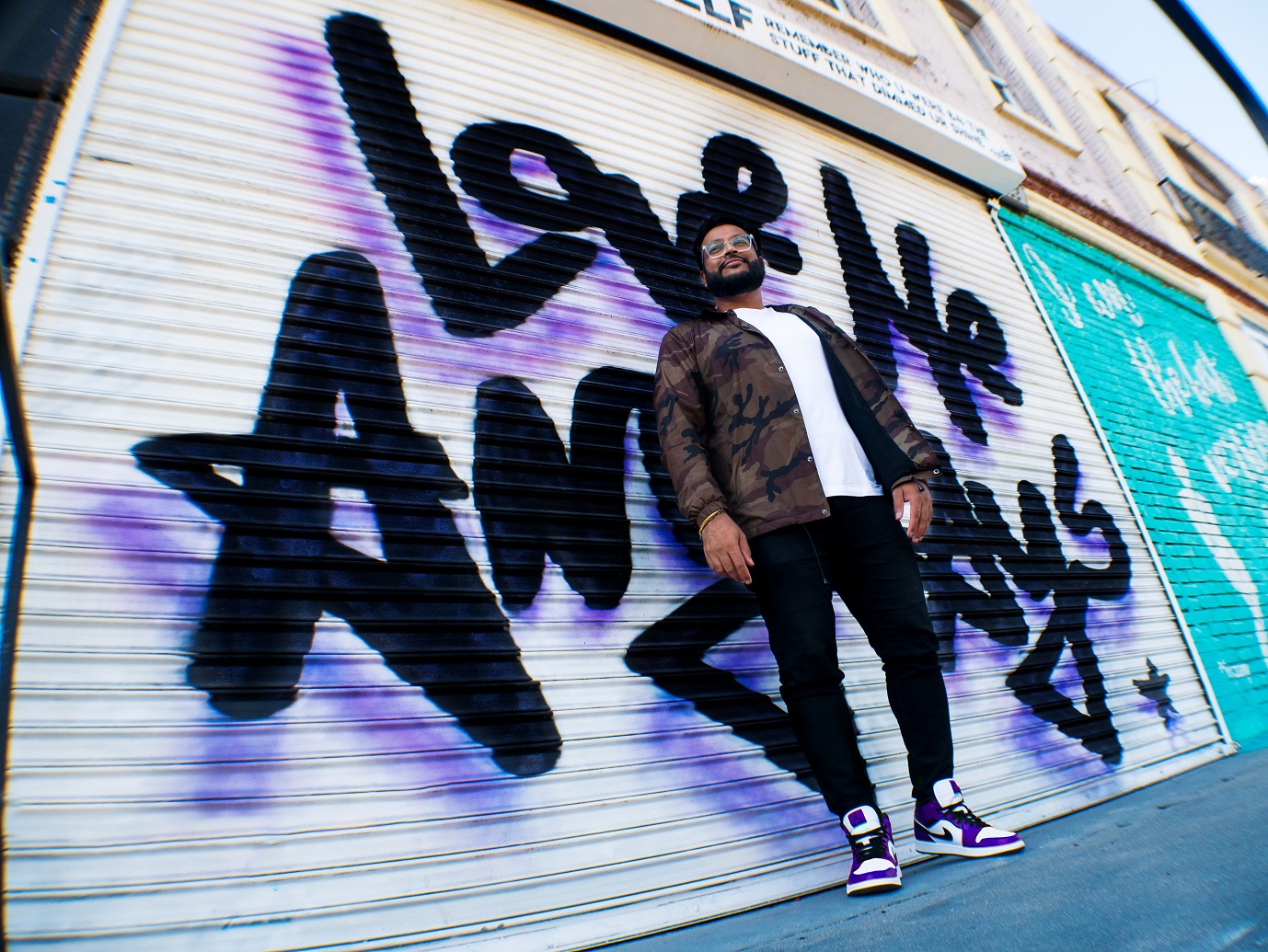