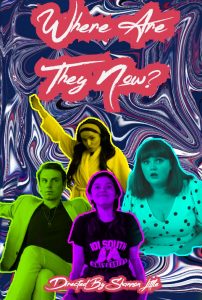 Hi Meredith, we’re thrilled to have a chance to learn your story today. So, before we get into specifics, maybe you can briefly walk us through how you got to where you are today?
I was born and raised in the snowy, Bills-loving city of Buffalo, New York. Growing up, I played every sport possible: from basketball to field hockey to softball to soccer. I always really enjoyed playing sports and the comradery that is created between teammates. However, I most looked forward to going home and memorizing the Will & Grace scripts I’d found online.

At the time, I had a tiny television in my bedroom that had three channels. I lived for secretly watching Will & Grace, The Simpsons, and Frasier when my parents went to bed. Eventually, when I was ten years old and fully ready to reveal my version of Karen Walker, I begged my parents to send me to a youth theatre camp. Whether it was playing improv games (AKA bossing people around telling them they weren’t playing correctly) or dancing around on the stage (AKA attempting to do cartwheels and backbends when my body certainly could not move that way), I was loving every minute of my experience.

From then on, I knew I wanted to pursue a life in the arts. Throughout high school, I participated in every play, took every acting class, and formed a group of fellow creatives. If we weren’t rehearsing for our production of A Midsummer Night’s Dream or 1984, we were memorizing Flight of the Conchords songs or reenacting SNL skits. At the end of my senior year, I decided to attend Loyola University Chicago, double majoring in Theatre and Communication Studies. At Loyola, I discovered so much about myself as an artist and the harsh realities of such a competitive business. Ultimately, I learned very quickly that nothing was going to be handed to me and that every person has their own individual, unique path to success. I studied improvisation, audition technique, and screenwriting and by the end of my four years, I was ready to take on the world, or in other words, set out to find a job that would provide me with health insurance before my 26th birthday. A few months after graduating, I relocated to Los Angeles and I’ve been here ever since!

I’m sure you wouldn’t say it’s been obstacle free, but so far would you say the journey have been a fairly smooth road?
You always hear about what tough skin you have to have to make it in Hollywood. But you never really understand how accurate that statement is until you’ve faced rejection 800 million times. It can be heartbreaking when you pour your heart and soul into an audition, into a character and a storyline, ultimately to be denied the role. Honestly, I’ve learned that the most important thing is to love the process of creating a character and immersing yourself in their life without harping on the pressure of booking the job. But if you’re still upset about not booking, there’s nothing that a great martini can’t fix.

As you know, we’re big fans of you and your work. For our readers who might not be as familiar what can you tell them about what you do?
Meghan Maddigan, David Towne and I met during our time as theatre majors at Loyola University Chicago. Whether we were attempting to memorize an absurd amount of lines or hanging during late night rehearsals, we spent quite a bit of time getting to know one another. We’ve been good friends ever since and all relocated from Chicago to Los Angeles after graduating. About a year ago, Meghan, David, and I decided to join creative forces and finally film something of our own. Over milkshakes at the Bourgeois Pig, we excitedly decided on a mockumentary style web series. After a few months, the script was finished, the production team was created, and we were ready to film.

Our web series, Where Are They Now? was completed in May of this year and we could not be more proud. The series follows Dylan, a senior at The 101 South University, as she embarks on a journey to create promotional materials for the school’s theatre department. Alumni Samantha, Charlie, and Anna Mae make the task more difficult than she bargained for. We’ve recently begun submitting Where Are They Now? to a number of different festivals. So far, we’ve been accepted into the LA Live Film Fest as well as the Best Shorts Competition. We are very excited and are looking forward to see where this journey takes us!

What’s next?
In the future, I’d like to keep creating my own content and collaborating with friends. Though the process has been fairly challenging at times, it has been so rewarding. To watch something grow from an idea to a full-blown production is so exciting and I hope that this is just the beginning! 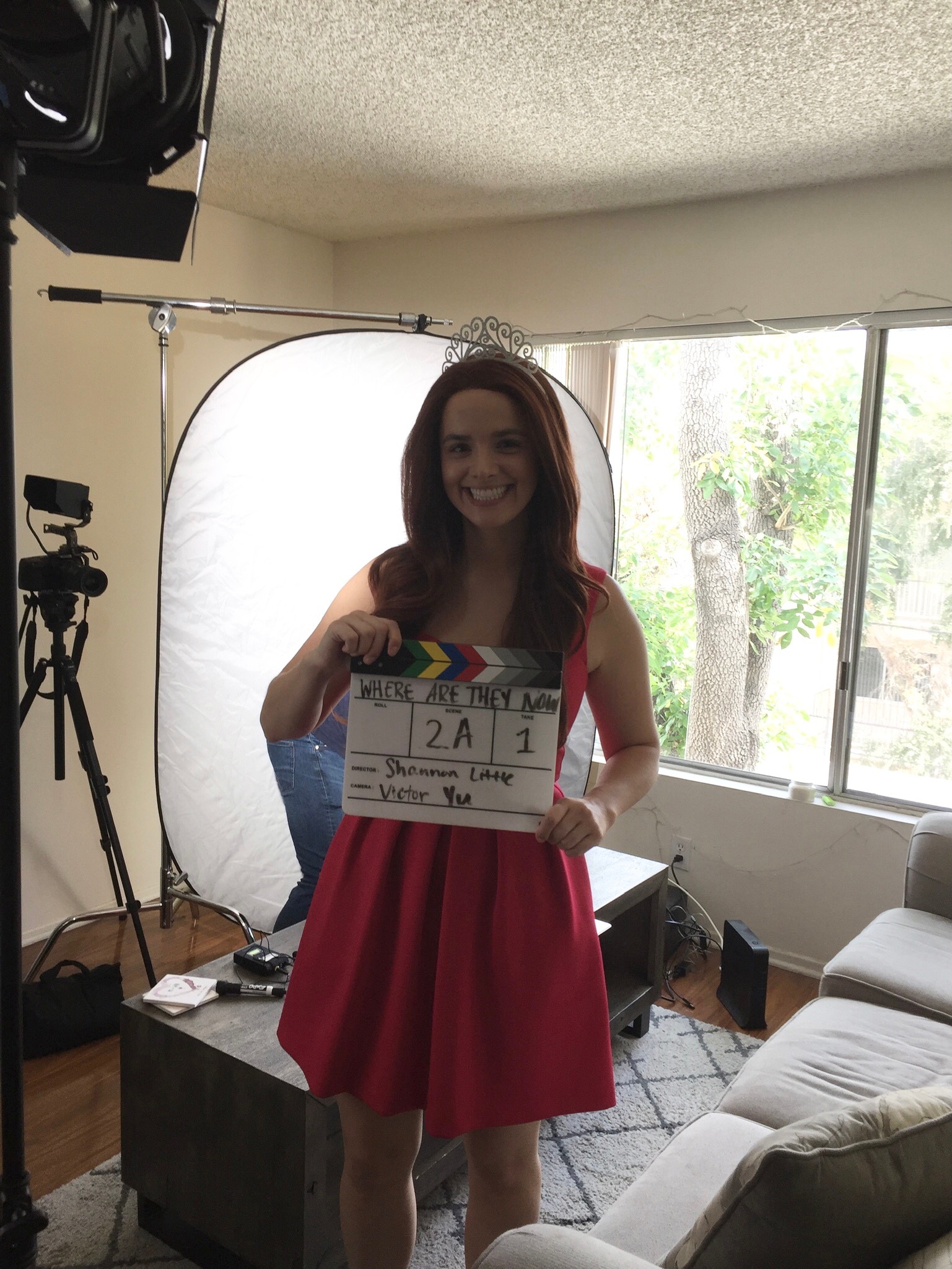 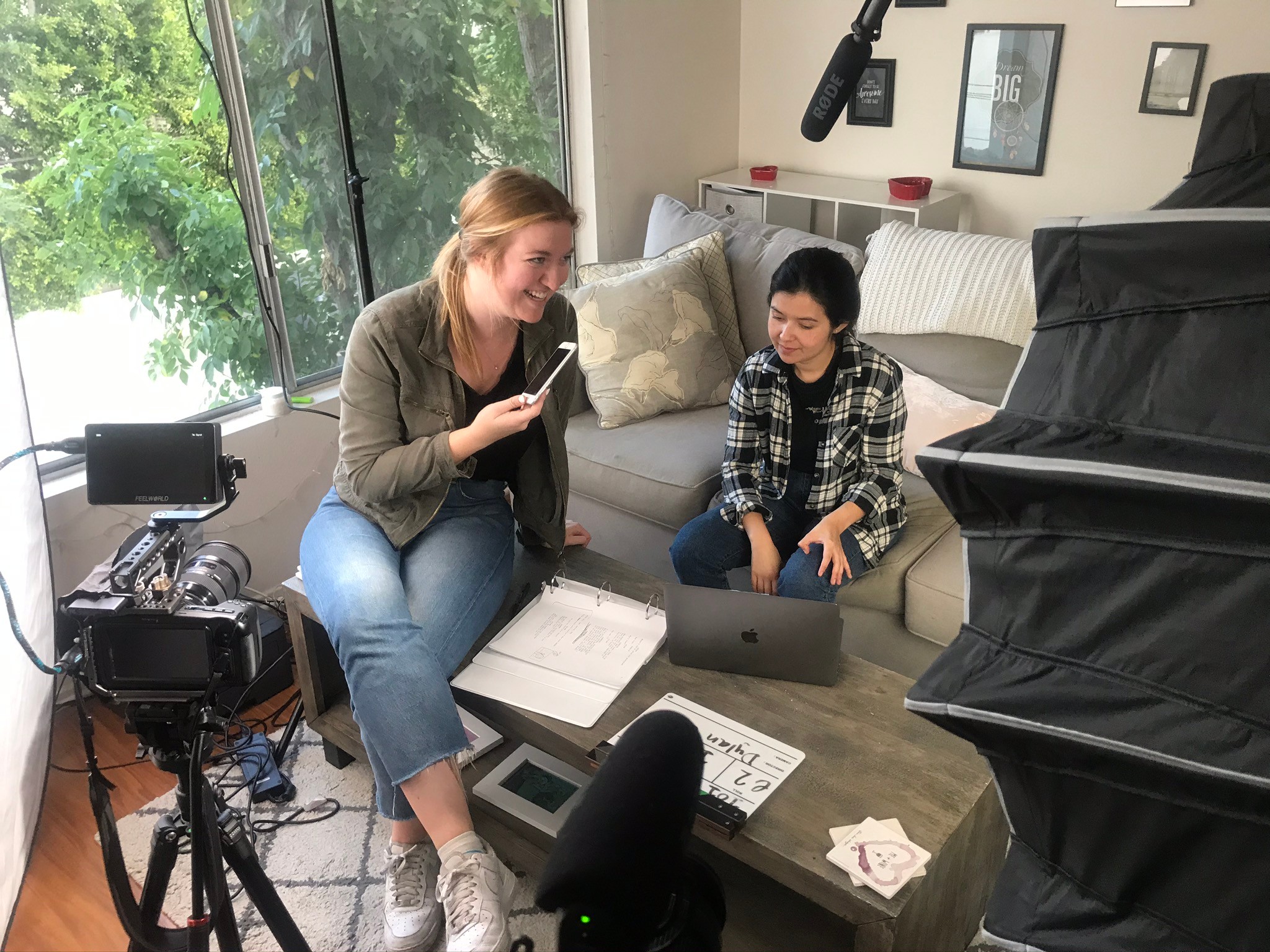 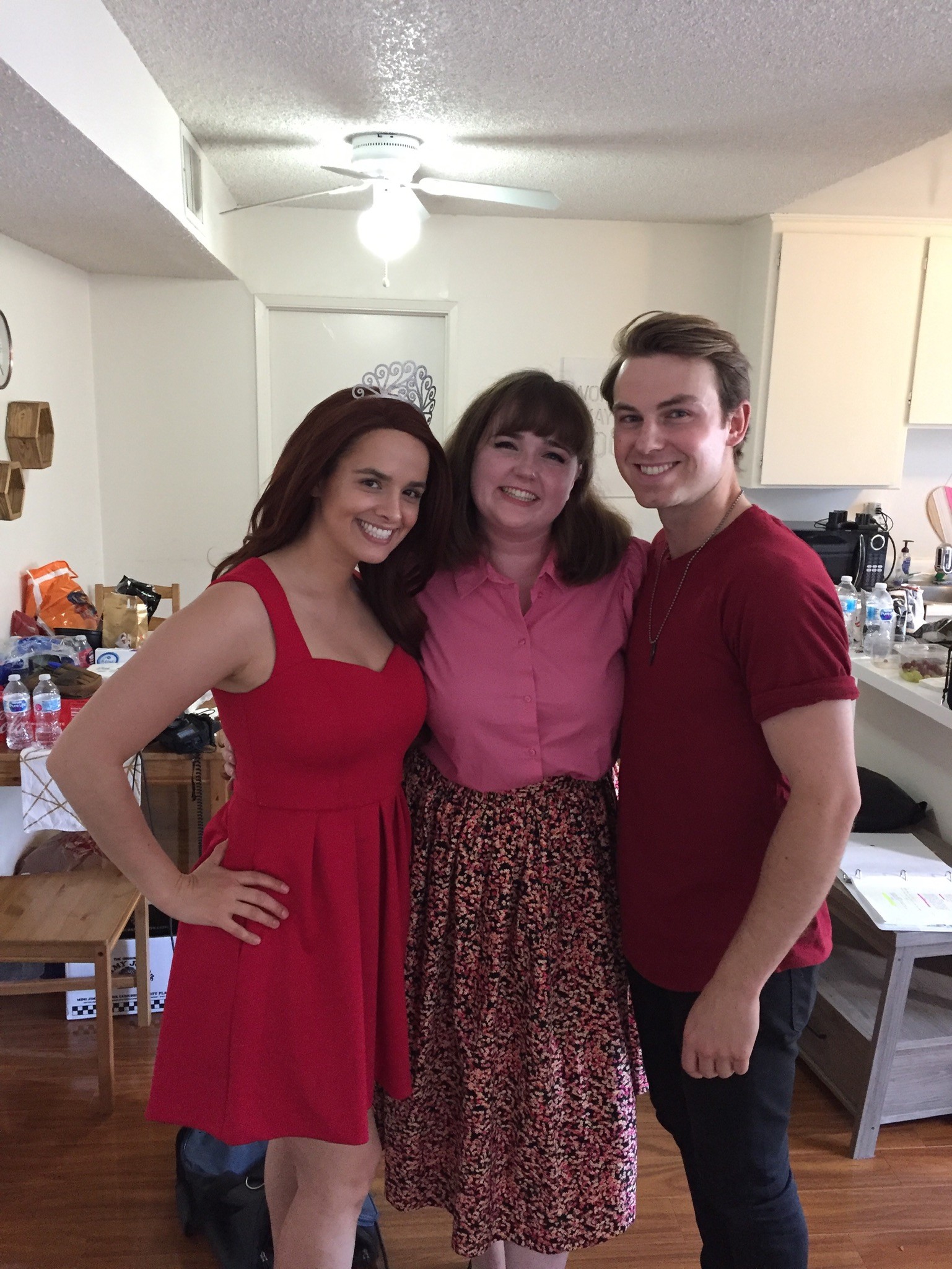 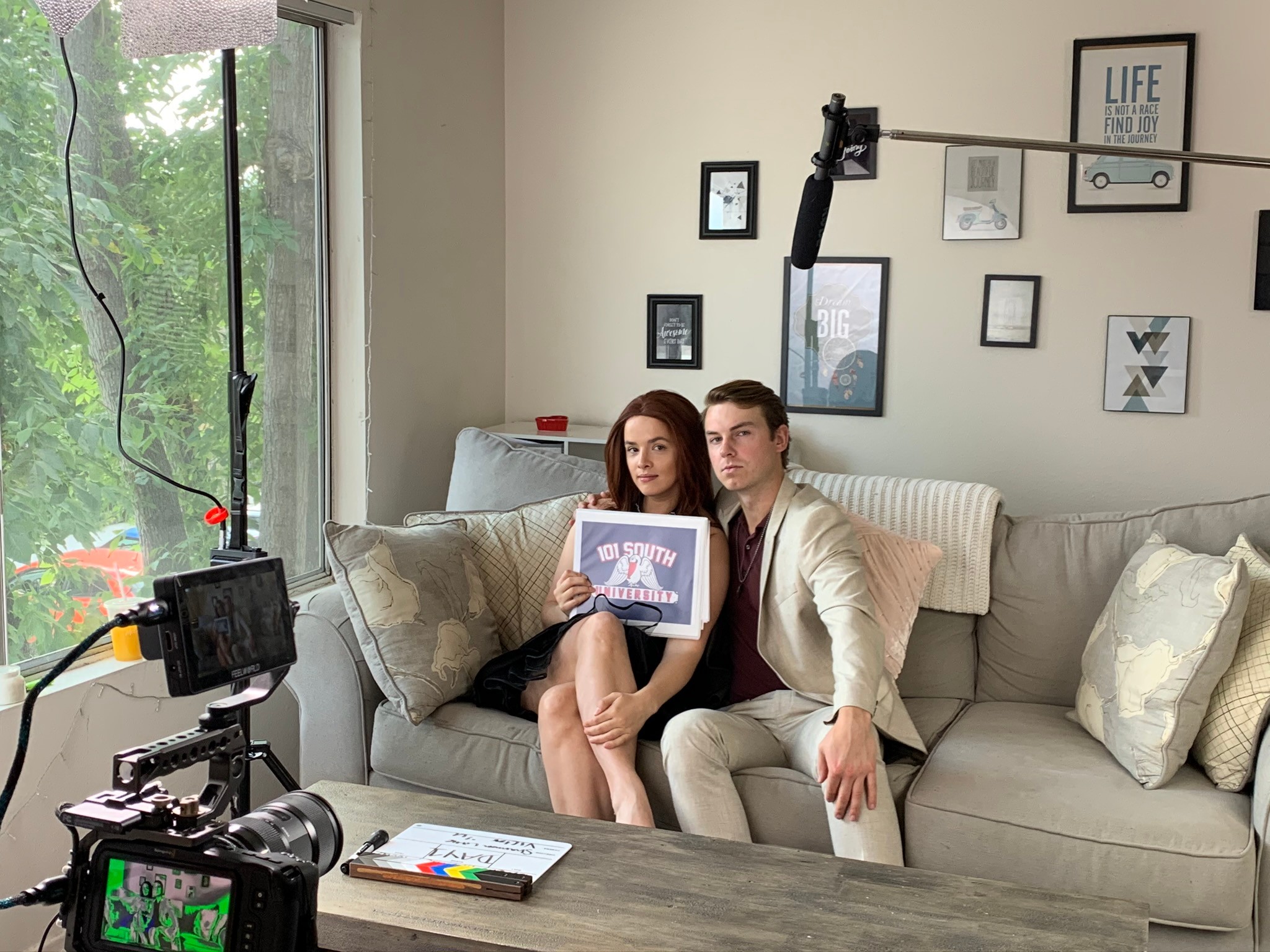 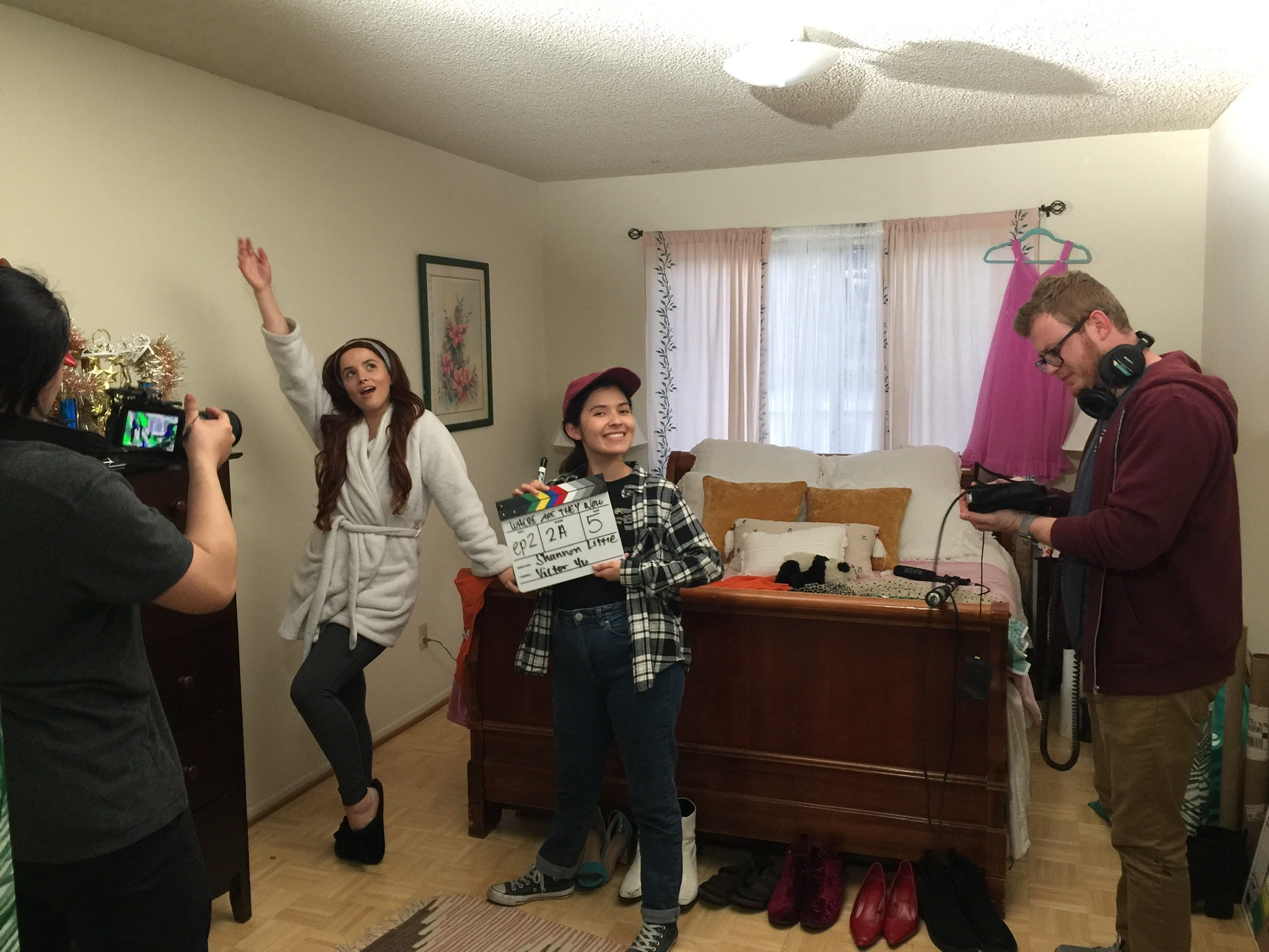