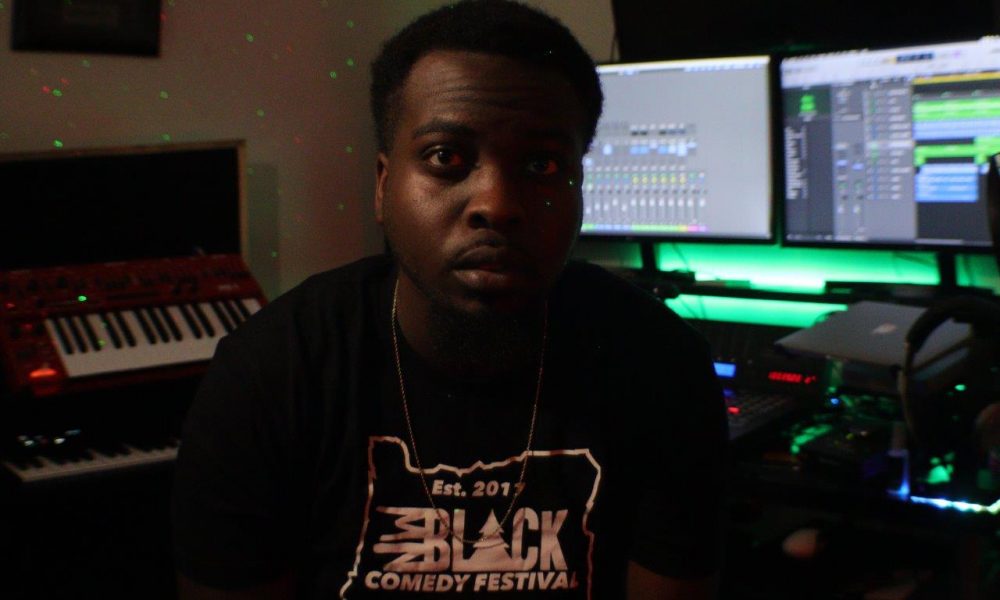 Today we’d like to introduce you to Martin Prospere.

Hi Martin, please kick things off for us with an introduction to yourself and your story.
I would say there are multiple starts to my musical journey. I was born into a family with multiple generations of musicians and singers on my father’s Montserration side. My mother is Jamaican and the musical history from there is strong as well. That’s the base of my influence. I first started playing drums at age three. That was a self-taught skill that I gained from observing the drummers at church. I officially began playing drums in church at age seven and was designated the head drummer at age 11. I maintained that role until I moved to LA at age 21. In between that, I started rapping when I got to middle school around age 11/12. It started off being my choice of expression for a school project actually. I didn’t think anything of it but people really liked it. I continued to try and hone that craft by rapping over industry beats using Sony’s Acid, a Tascam US-122 interface, and a MXL mic that sounded horrible. I still learned a lot of fundamentals at that time. By the time I was 13, my sister was in college and managing a dance group in Bloomfield, New Jersey. One of the group members had installed FL Studio 3 on her school laptop so they could create custom performance mixes. I saw that and knew I didn’t have to rap over the industry beats anymore. I was sampling Stevie Wonder, Aretha Franklin, Sonic the Hedgehog games, and anything else I could download off of Limewire.

From that point, two things were set into motion. I began building my brand as an artist as well as building my respect as the local producer/engineer for the kids my age in my neighborhood of Hyde Park, MA. I would perform around the city at some talent shows, local school events, community centers. My modest home studio also became a cheap way for people my age to record, as well. I knew almost everybody who did music in my town. I would say 90% of the artists in Hyde Park have been to my attic studio or are aware that it existed. I also worked closely with my brother who is currently a Grammy winning songwriter, but at the time was just learning to fuse r&b passion with reggae roots music. That was the time where I learned basic studio engineering skills, customer service skills, and how to maintain good working relationships. That was me until I moved to LA at age 21. I never visited LA before I moved. My sister was already here continuing her entertainment management career. She introduced me to some of her friends who were masterful producers and engineers. Hearing that stuff compared to mine was very humbling but gave me a lot to strive towards. During my years here, I’ve managed to work as an on call engineer for SBGL Ent. (Atlantic) as well as freelance engineering for UMG. I also have built my own personal indie clients that record with me. Some even flying in from other states. I’ve done sync work for both FOX and ABC with both production and songwriting credits. There are also multiple songs that exist that I’ve written on or produced on that are out there. Now I’m just building on those achievements. I’m preparing to release my own music. I’m also venturing into videos and photography as a means of creative expression. Those are my next two endeavors that are in motion.

We all face challenges, but looking back would you describe it as a relatively smooth road?
It hasn’t been smooth at all. My biggest struggle in Boston was that I couldn’t reach the entertainment market as deeply as I knew I could. I knew either Atlanta or LA would have the infrastructures for entertainment, so I had to decide which was right for me. Then managing the financial struggles of moving cross country at 21 while being in a new place took its toll. A lot of these industry connections are made at events or places where people gather for entertainment. All of those places could get expensive so that added anxiety to most networking possibilities. It was a choice of staying home and being barely financially stable or paying for networking opportunities and possibly changing my financial situation. It was always a mental burden in my earlier years here. Then there was a point where I was making progress in some great ways, but I began to question the validity of those accomplishments. I would look for ways to convince myself that what I accomplished didn’t hold much value. I became depressed from the feeling as well. When I googled it (like everyone in my generation does) I came across something called imposter syndrome. It’s basically when someone accomplishes something but then questions if the accomplishment is valid. Like I would write a song for an artist then question whether I’m really even a songwriter. I struggled a lot at that time. I honestly took like a year to remind myself who I am, how long I’ve been working, and why people trust me with their sound. The people around me helped as well which is a blessing.

As you know, we’re big fans of you and your work. For our readers who might not be as familiar what can you tell them about what you do?
I think my value is that I’m not particularly a specialist in anything. Drums are my main instrument and sampling is my main melody style, but genres are pretty much unlimited. I engineer, write, and produce at a professional level so I can literally build somebody an industry quality song from scratch. I’m not sure how common that is, but some of the people I look up to most are specialists and they are doing amazing things as well. I’m sure there is great value placed on getting it all in one place. I’m most proud of the “Vote” song I wrote and produced for Jhene Aiko that was featured on ABC’s Blackish. I got to hear my beat tag on tv and I feel like I had validated myself in my own eyes on multiple levels. That was a very proud moment for me. What makes me different is that I don’t naturally crave outside validation. I place most of my value on how I feel about myself. People sense that in me so I tend to form relationships with artists that are extremely organic. People are allowed to be themselves with me. I try to see perspectives and relate so that when we create, it’s coming from a common understanding. To sum it up, creative compatibility. My ability to be creatively compatible with almost anybody.

Is there anything else you’d like to share with our readers?
My father is Bishop Glen Prospere. My mother is Pastor Pauline Prospere. My sister is Natalie Prospere of Prosper Ent., and my bro is Medisun formerly know as King Mas, Grammy-winning songwriter and reggae artist. 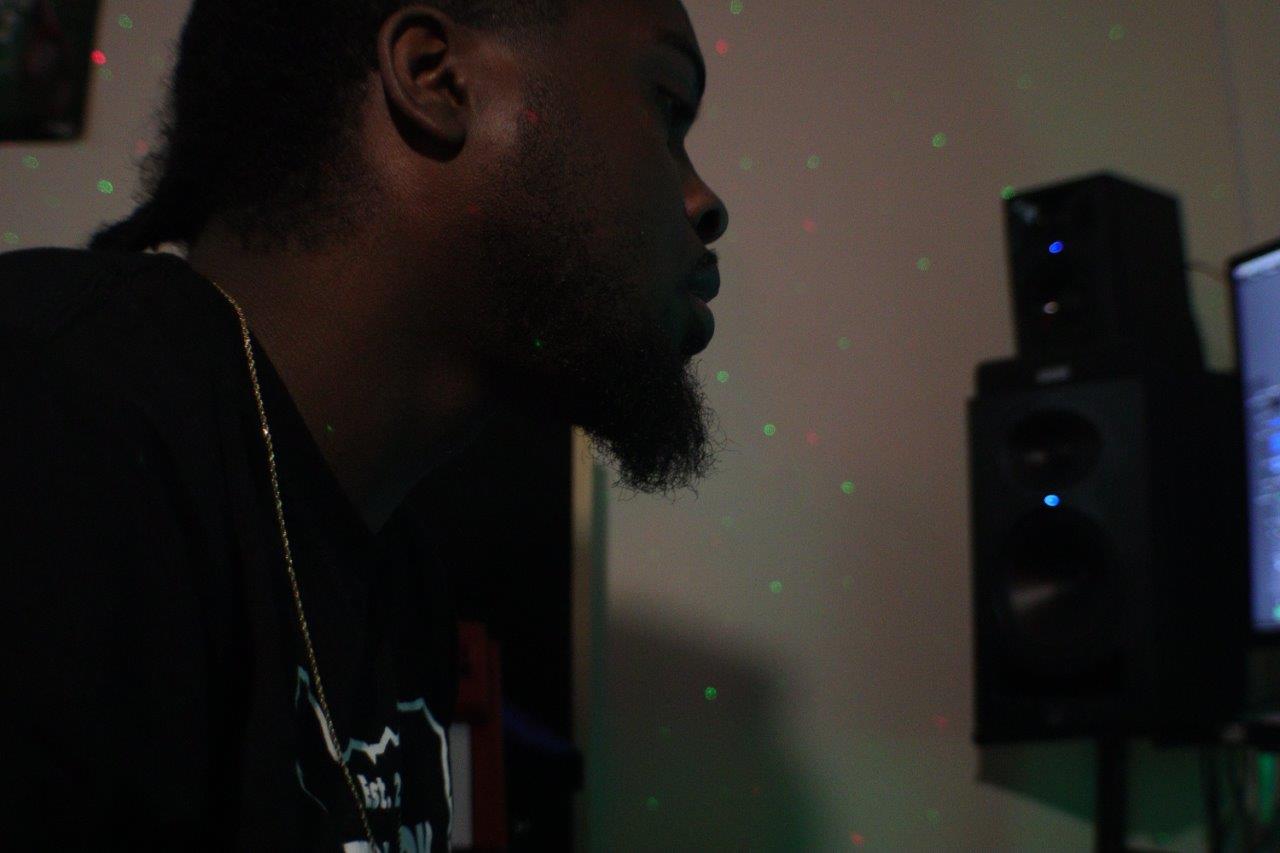 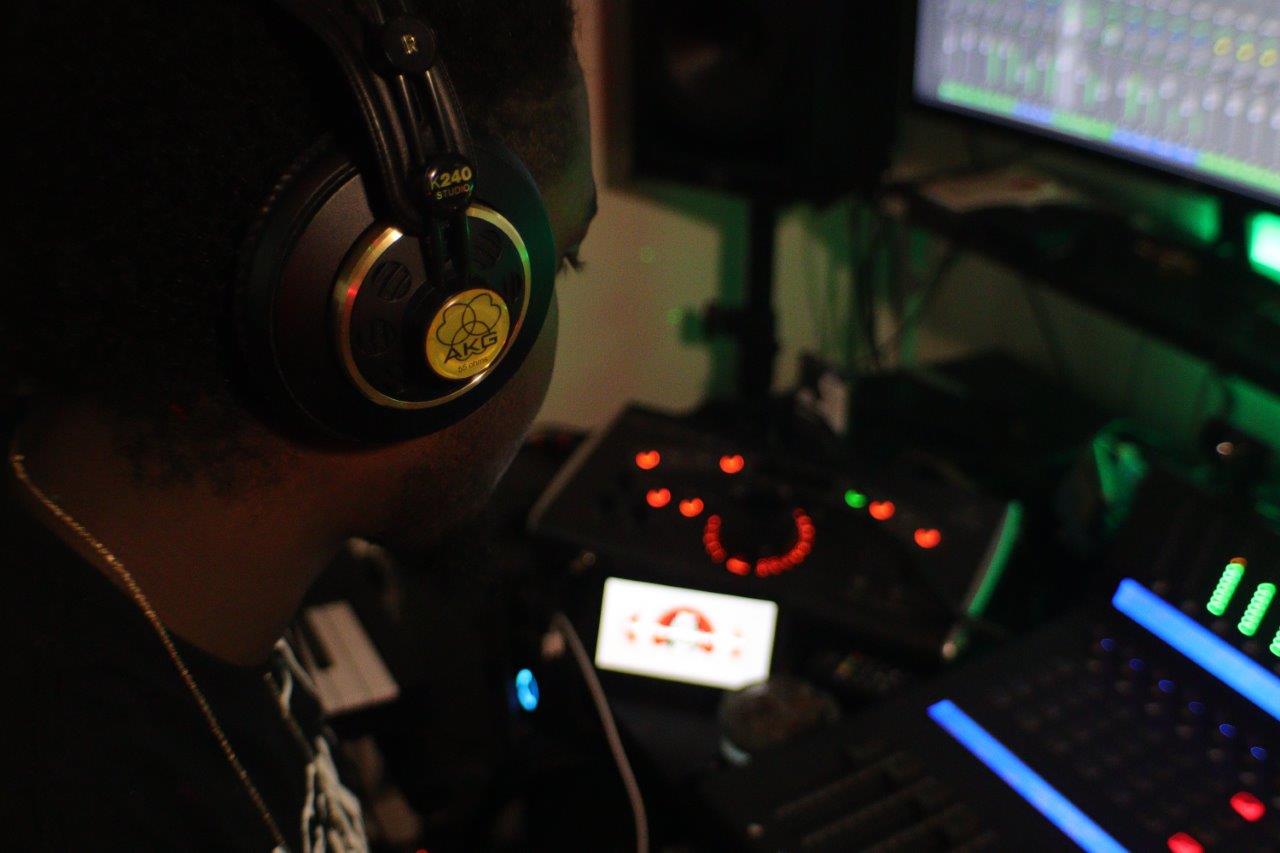 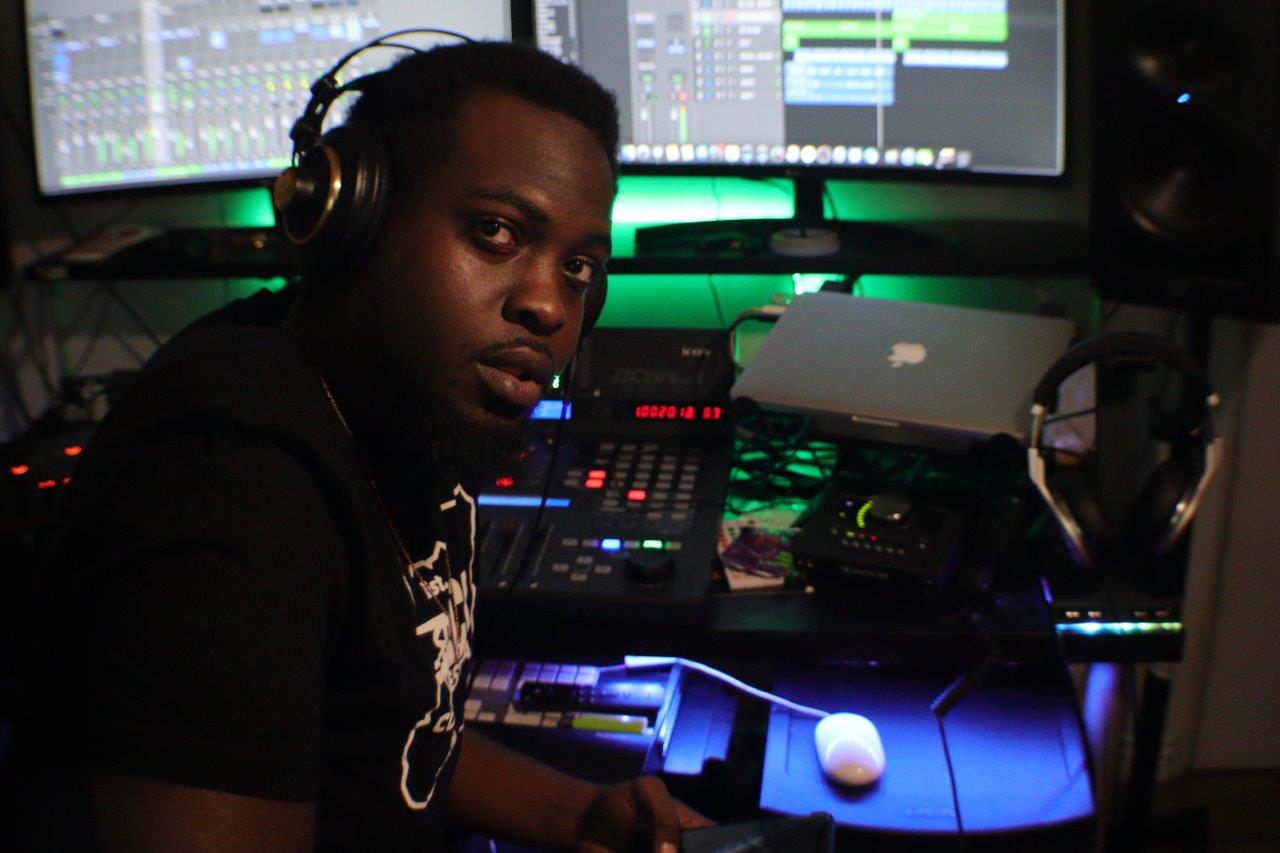 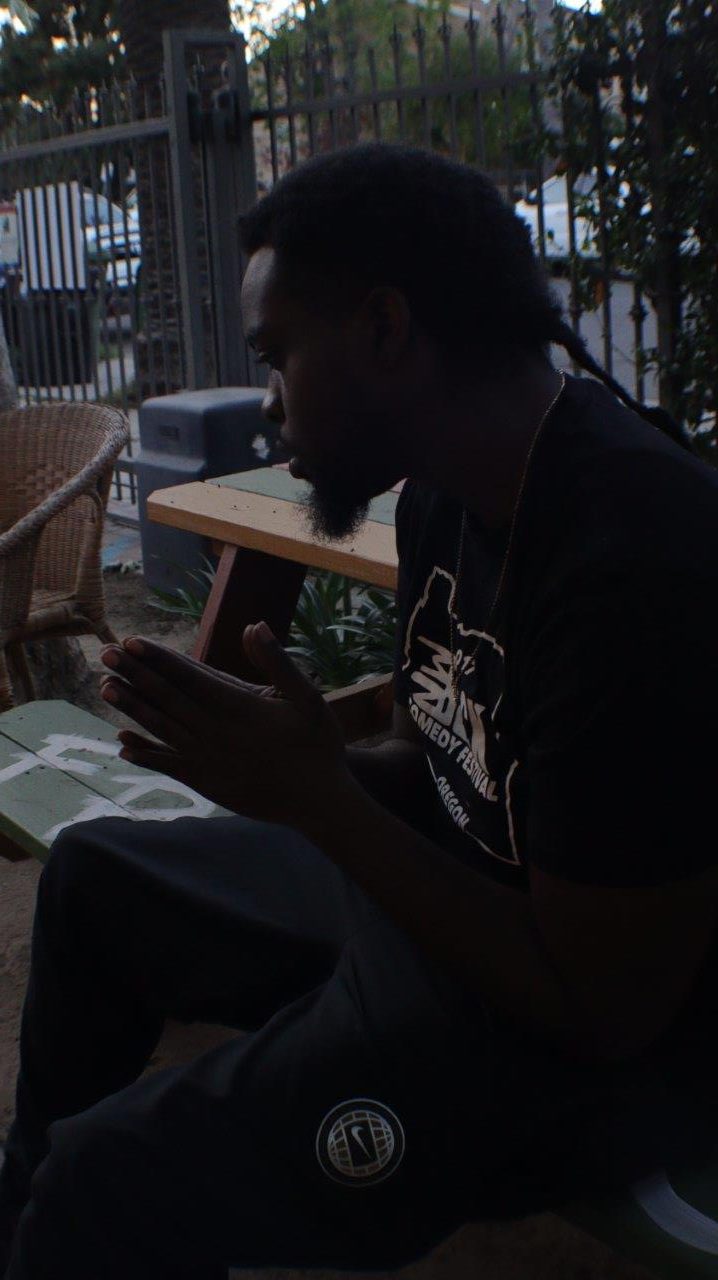