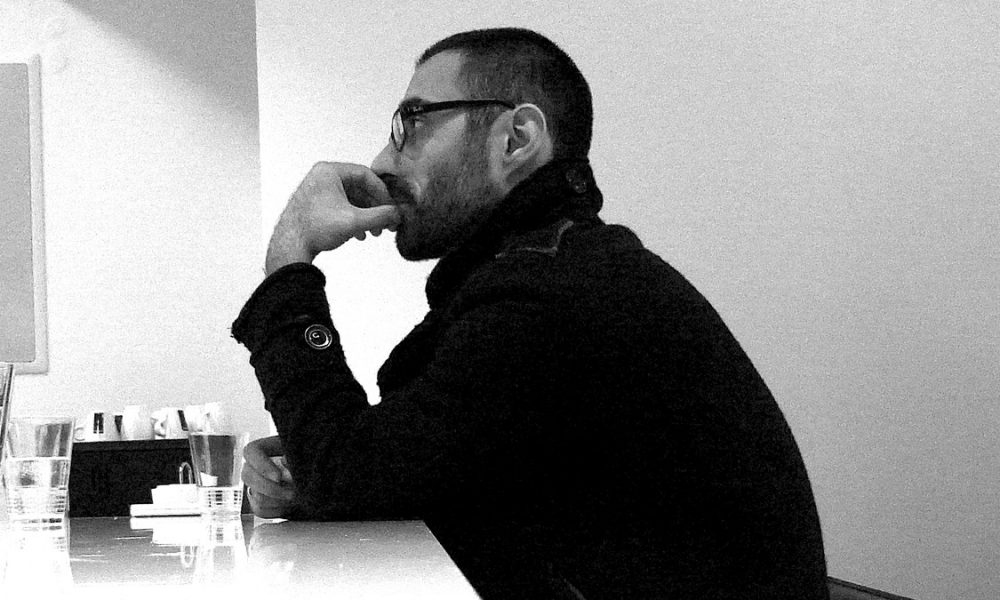 Today we’d like to introduce you to Mark Yaeger.

Hi Mark, so excited to have you on the platform. So before we get into questions about your work-life, maybe you can bring our readers up to speed on your story and how you got to where you are today?
As a baby, my mother was a soprano in a local church choir in Chicago and would have me around for the rehearsals and recitals; I was always surrounded by music. My father, who although didn’t play or learn music, had an extensive record collection and music was always on… those were my earliest memories – music wafting in at all times, in all rooms. I thereby started piano very early on, around age five, here in Glendale, and it immediately became an obsession. Not the piano per se, but the physicalization and tactile response of music in general. It wasn’t until I was around 8 or 9 while in the theater watching “Hook”, that film music all of a sudden stood out to me. In a way, I felt it was the “cool” version of classical music; (although, I secretly always thought classical music was cool and I carried a miniature bust of Beethoven to school with me). Film combined the feelings I felt visually with the only medium I understood that expressed feelings: music. As I grew, I always kept the study and exploration of music on the forefront but took little diversions along the way – briefly majoring in biology to become a doctor (like the rest of my family) and, for a while, ditching my more “traditional” musical roots and joining a punk band to tour the country in my early 20’s.

All this led me to rethinking what truly fulfilled me and what was missing, and that was, oddly, sitting in a room alone and writing music. Combine that with my love for film, and I intrinsically knew what I eventually wanted to do. The art of film is the idea of getting lost in a story. To escape and connect, and to be carried along in a story. And to me, the film score was the primary means of an emotional connection. I can not only exercise my love of music but also be a storyteller and filmmaker while I’m at it. So film music was my career goal. I was lucky (or stubborn) enough to be given an internship with Klaus Badelt (Pirates of the Caribbean, Gladiator, TMNT, The Time Machine) about 13 years ago. I started at the bottom of the barrel and worked my way up by basically refusing to leave the studio. I learned not just the creative nuances and musical side of film scoring but the technical and business aspects too. That led to about nine years and over 25 films working and co-writing with Klaus in studios both here in Santa Monica and in Paris and got me the start in this rather bittersweetly tumultuous industry.

We all face challenges, but looking back would you describe it as a relatively smooth road?
It’s never a smooth road when you truly love something, is it? You sacrifice things you normally wouldn’t in pursuit of the thing you love. Being a composer, especially when it comes to film scoring, is a very interesting beast. You have a very short amount of time to write a rather gargantuan amount of music, which means missing a LOT of important moments in life – birthdays, weddings, dinners, dates, etc. Your job is to sit in a room, alone, for hours and days and weeks on end, and live and breathe whatever film, project, or emotion you’re challenged to bring to life. As such, there were and still are, struggles in maintaining relationships and a ton of sacrifice. Also, trying to explain to family and friends that what you do is an actual “job” is an interesting feat. Hell, convincing yourself is hard enough. But that’s just the day to challenge of being in this industry. Creatively, musically bringing to life a film is as daunting as it gets each time.

With every new project comes the new challenge of “what if I can’t write anything good, or even anything at all!? Do I even remember how to write music?” Composing themes for a film at the start and staring at the blank screen always feels like the first time, I never get used to it. Each project has its own nuances that you have dissect psychologically, and hope to hell that you and the filmmaker are on the same page – that’s generally the scariest and most confusing part of starting a new film. How do I create a musical language that fully transcends the background but doesn’t offend? How do I service the characters and the narrative that the film is laying out, as well as the director’s and producer’s wishes? And after all this, how do I finally create something that is fresh and interesting musically that pleases not just the filmmakers and the audience, but myself as well? I guess what I’m trying to say is every time I start a new project, I’m paused in serious self-doubt and anxiety until the train gets going… once you have the palette and tone of the film approved and fully realized, the fun really starts.

Appreciate you sharing that. What else should we know about what you do?
By trade, I’d be categorized as a film and classical composer. However, I hate labels and think that at the end of the day I’m just writing music by using instruments and mediums that I’m most familiar with. When composing music for a film, I try to approach it firstly as a filmmaker and then as a composer. I always say that if I can use music to tell the story and guide the viewer as the director sees fit, then I’ve done my job successfully. To this end, I’ve tended to musically gravitate towards a more sonically lush characteristic – broad and sweeping. It was when I was asked to compose much of the score for Werner Herzog’s film, “Queen of the Desert”, that I really explored a lot of my love for ethnic specificities and nuance. I tend to visualize music as both a very expansive warm hug yet a deeply personal one that allows an individual voice to shine and dance around the rest. I think the marriage of these two approaches really shaped the score for “Queen of the Desert” – merging centuries-old ethnic Middle Eastern modality and a carrying harmonic vessel underneath. I guess I’d like to be known for having a very definitive and clear voice so that when you hear a piece of mine you’re immediately transported, and a very poignant feeling is evoked. I suppose a lot of my music has been described as meditative yet oddly genre-specific.

I really got to express myself in my score for the live-action film for the video game “Far Cry 5” featuring a glass harmonica and cristal baschet, as well as my tribute to the 50th anniversary of the Apollo 11 moon landing release on Warner Classics, featuring my dear friend and world-class cellist, Gautier Capuçon, who performed the solo cello so magnificently. And as a teaser of things to come, I’m currently in the middle of composing a suite/concept album for chamber orchestra that acts as a sort of fictional musical play that takes place in Victorian-era London and plays out like a book, with chapters detailing all the misfortunes surrounding one very unfortunate family. And the final cherry on top (?) of upcoming projects is a rather massive undertaking I concocted and have recently partnered with the European Space Agency on. I can’t expand much on it, but it’s going to be a merger of music and quantum physics (another obsession of mine) and a creative exploration of music, quantum motion, and the Cosmos – with the aid of the top minds in mathematics, astrophysics, astrology, and spirituality. I hope to have the whole album and live experience readily available by the middle to end of this year!

Is there anyone you’d like to thank or give credit to?
I’d have to say the people that deserve the most credit are my mother and late father. As much as they were incredibly confused and apprehensive, they ended up being my biggest supporters. I guess they had no one else to blame for my love of music other than themselves! Of course I have to give a lot of credit and thanks to Klaus Badelt for his early mentorship and trust. From this, we’ve formed a lasting friendship, for which I’m very thankful. Maite Bursic at BMG for continually cheering me on, thanks for that… I owe you some more rosé. I’ve also formed a sort of freewheeling creative partnership with brilliant photographer/director Jimmy Marble, who inspires me to think wildly outside the box and to explore sonic worlds I normally wouldn’t. Brian Klemesrud – who’s not only the dearest friend, but such a uniquely evocative and visually digestive director that I’ve had the honor of working with, with several films in the pipeline upcoming. I also have to give unending thanks to my French counterparts and business partners/honorary family, Virginie Lancetti and Jean-Luc Daniel, for believing in me and my weird wacky ideas. Additionally, Dominque Filhol – a superb French director that I had the pleasure of collaborating with, and shares my almost manic obsession with outer space and aliens.

But my biggest supporter and cheerleader in day-to-day life is my partner, Josette. As a writer, she inherently understands the plight of being creative and the struggles of coming to terms with your art, no matter what it is. She’s sanctioned my most heinous outbursts and forgiven my disappearance into my “cave” as it were. So for that, I’m eternally thankful. Finally with all that being said, thank you to my first and only piano/music teacher, Guenther Lennartz, that told me to eventually “stop studying the music, and just listen.” Oh, also Arvo Pärt, Beethoven, and Mahler… thanks guys! 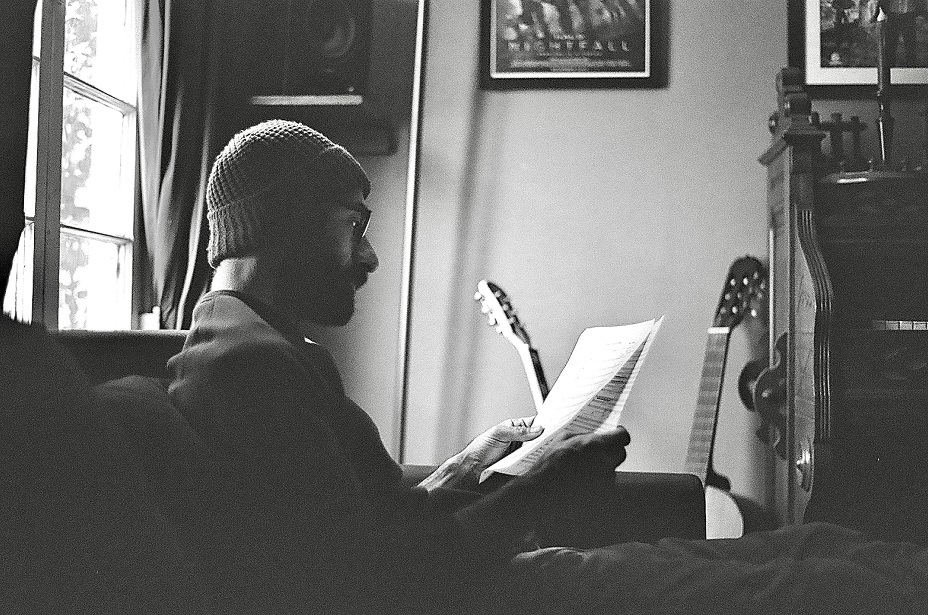 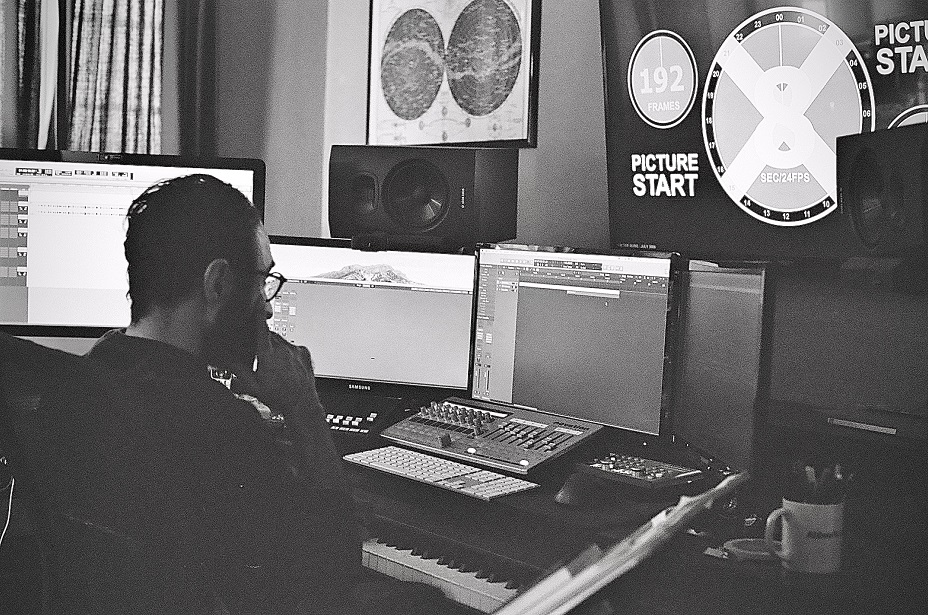 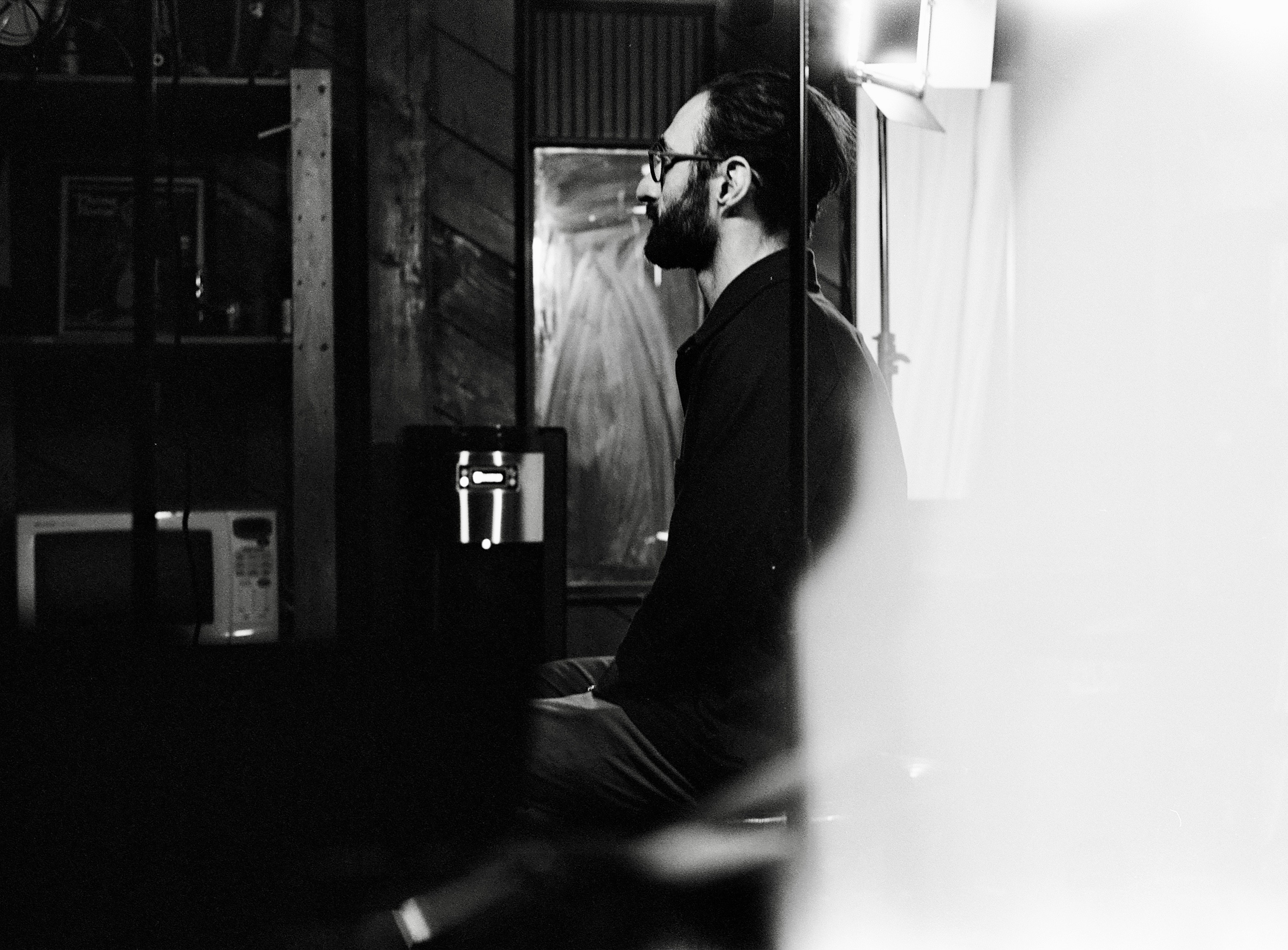 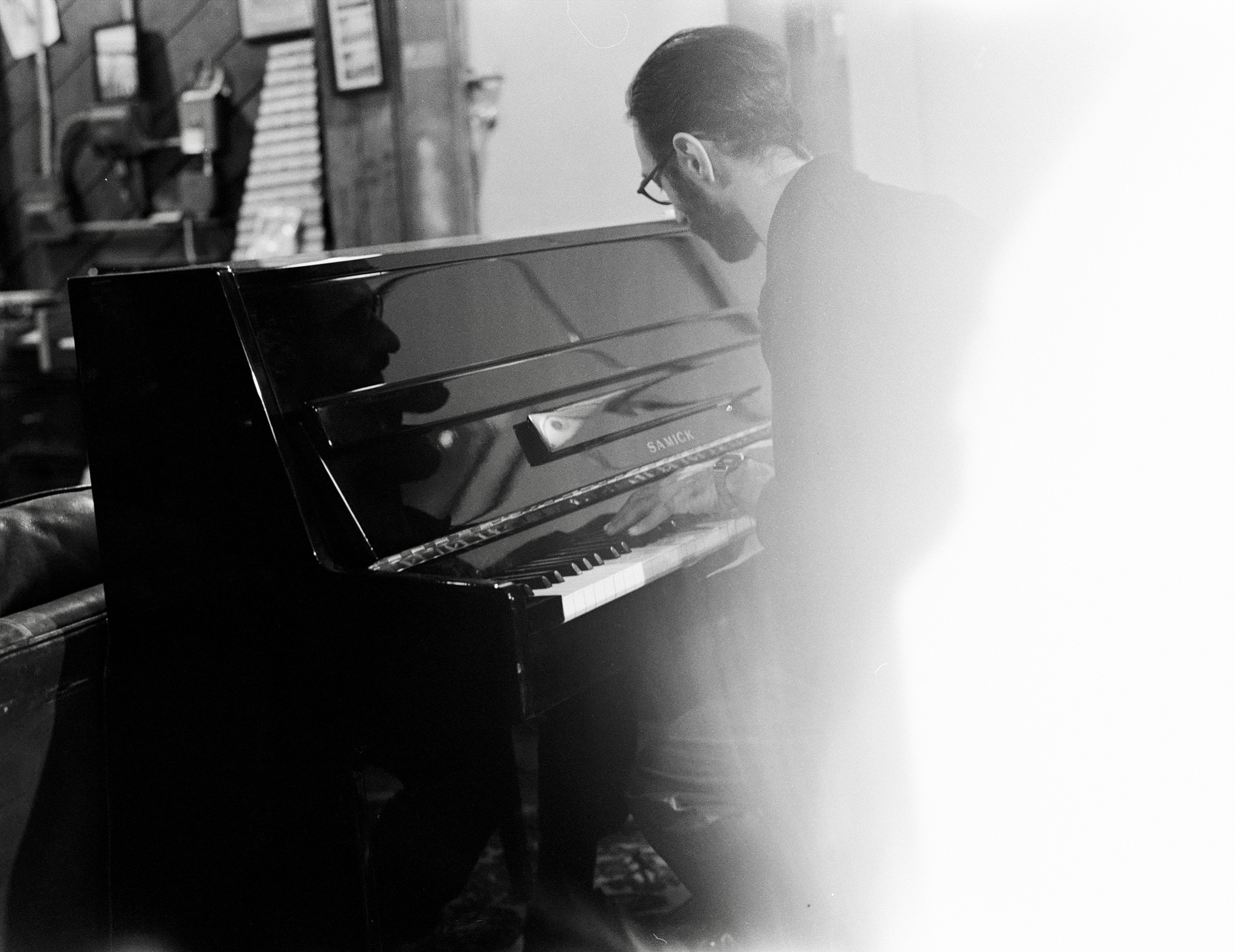 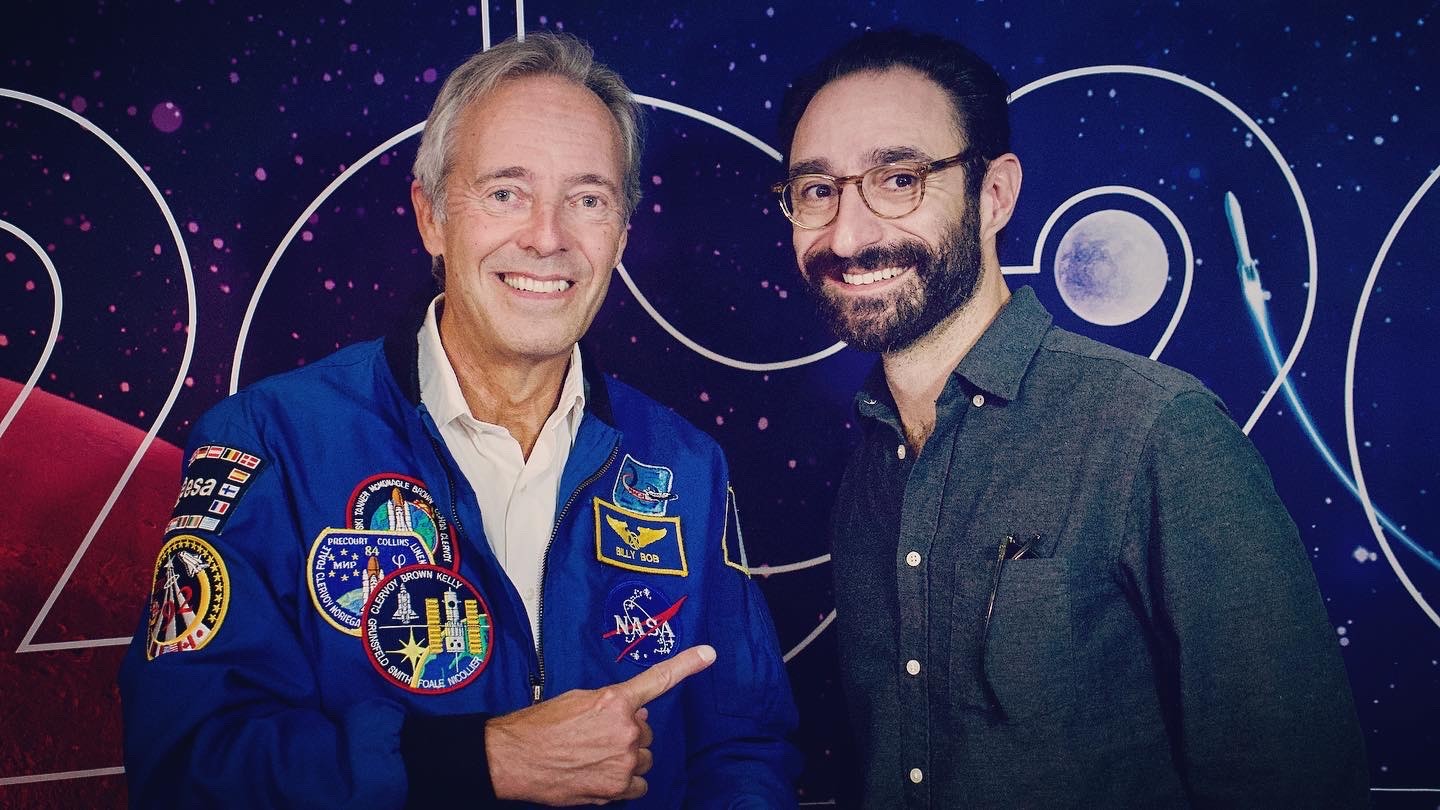 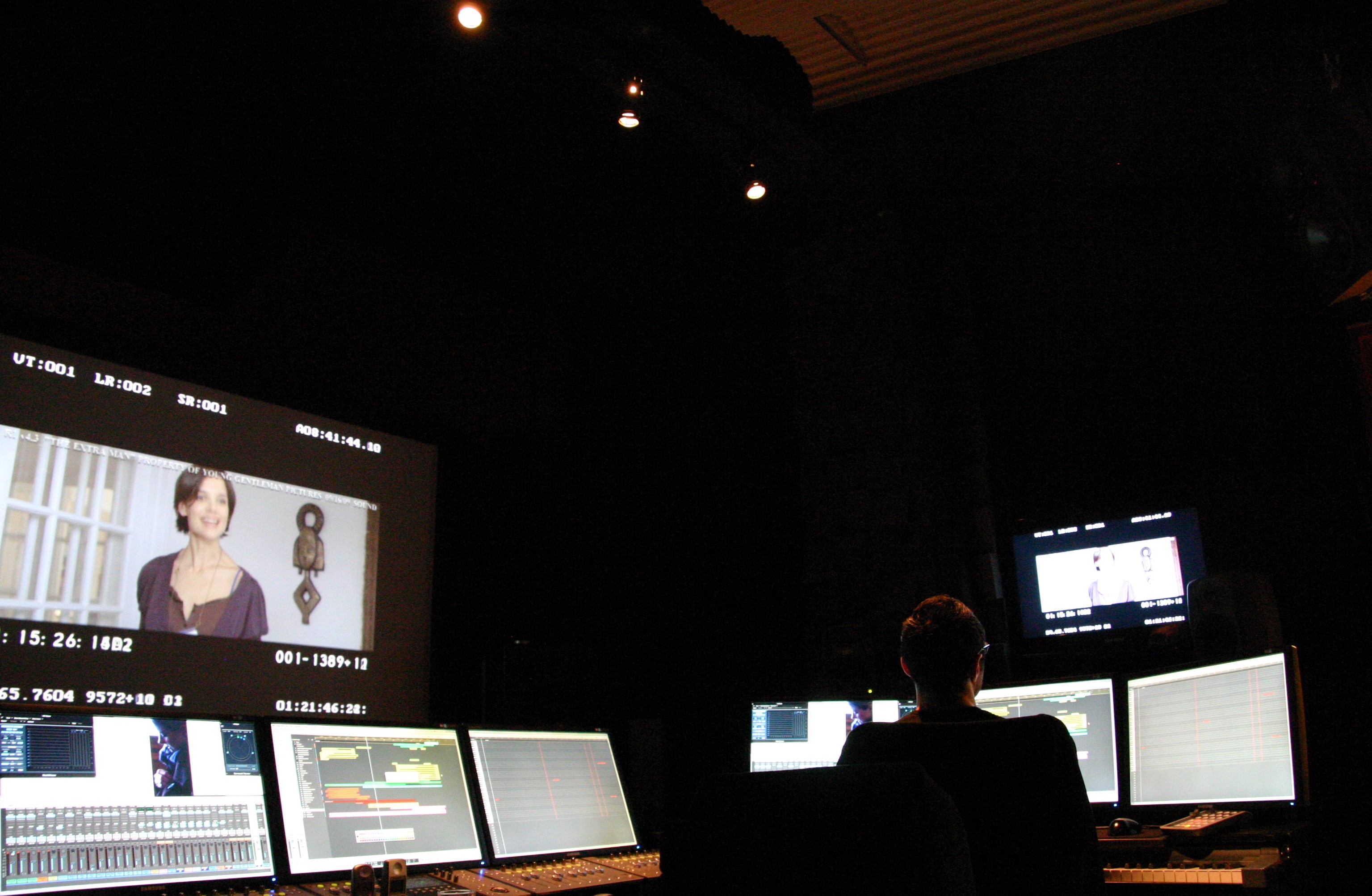