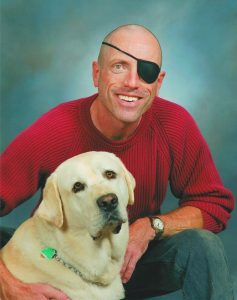 Today we’d like to introduce you to Kurt Weston.

Hi Kurt, we’re thrilled to have a chance to learn your story today. So, before we get into specifics, maybe you can briefly walk us through how you got to where you are today?
As a legally blind photographer, I have overcome the barriers, obstacles and challenges of producing and exhibiting my art. My work focuses on cultural stigmas surrounding the disabled body, the aging body, disease, mortality and loss. I entered the field of contemporary art with extensive art education an MFA in photography (California State University, Fullerton) a B.A. in photography (Columbia College, Chicago), combined with fifteen years of work experience as a professional fashion photographer. In 1991, I was diagnosed with AIDS and in 1996 became legally blind due to a related condition, Cytomegalovirus retinitis. My limited visual acuity – total blindness in my left eye and limited peripheral vision with no central vision in my right eye – permits me to see the world much like it appears in an impressionist painting. I also experienced one of the most highly visible manifestations of the AIDS virus – Kaposi’s sarcoma – which produced purplish red lesions all over my face and body. I was easily identified as having the disease and experienced the stigmatization many people living with the virus endured during this time.

The inscription of illness and resulting disability has become part of the impetus behind much of my work. The arts have provided me the opportunity to act as a political and social practitioner, representing aspects of my own and my subjects’ disabilities. Being disabled in society lends me a perspective on the specific human experiences of marginalization, exclusion, and forms of oppression. I have produced powerful participatory documents from a marginalized sub-cultural perspective. My most iconic work, my Blind Vision series of self-portraits, represents the physical, psychological and emotional weight of sight loss – an inner journey involving my fears about becoming totally blind. This is a journey towards infinite darkness in which physical sight is diminished and obscured but artistic vision, my blind vision, is enhanced. I use the experience of blindness to expand my conceptual expression within the visual realm. Blind Vision illustrates a synergy of the physical (corporeal) experience framed within the context of a metaphysical journey to form a unique vision beyond sight. I trend towards bending photographic parameters. I enjoy experimenting with alternative image capture. For my Blind Vision work, I utilized a scanner as a camera. I felt the extremely shallow depth of field and stark black backgrounds were a perfect way to represent my visual impairment. The scanner became a tool of self-reflection and an exploration of creating images rather than finding them.

With the scanner, there is no space between capture device and subject, no intervening air, no subterfuge. Instead, the amplified details of flesh and objects are emphasized through the direct contact with the scanner’s glass membrane, but anything more remote fades quickly into a void of blur and black. The Blind Vision photographs have drawn much attention, spawning articles and art exhibitions. Blind Vision has been exhibited internationally – most notably Transformations (2006) and the Shift (2011), exhibitions at The Kennedy Center for the Arts in Washington DC. Much of the work has become part of an international traveling exhibition entitled Sight Unseen which opened in 2009 at the California Museum of Photography and continues touring. Blind Vision has also been featured in numerous articles including The Los Angeles Times (2009); the New York Times (2009) Lens Blog and has been included in the textbook “Reframing Photography: Theory and Practice” published February 2011; The Blind Vision work was also the subject of two documentary video’s Obscura by Damon Stea and The Blind Imagination by Taylor Adam Swift. In 2010, I was the recipient of the Arts Orange County Outstanding Artist Achievement award and in 2012, I appeared on national television, CNN’s Fredricka Whitfield show highlighting my photographs and advocacy.

In 2013, I was selected by OC Metro Magazine as one of Orange County’s Hot 25 (most notable people in the OC). My work is in the permanent collection of the Houston Fine Arts Museum, the Museum of Contemporary Photography, the California Museum of Photography and the National AIDS museum as well as many private collections. As an artist living with a disability, I have been committed to the full inclusion and access to the arts for the disabled. I have participated as an artist and advisor with the national arts organization VSA arts, the National Arts and Disabilities Center and the California Arts Council. In 2003, I assisted these organizations with the groundbreaking “Hire Value Conferences – Careers in the Arts for People with Disabilities.” In 2005, I created the Shared Visions an art exhibition featuring the art of blind and visually impaired artists at the Southern California College of Optometry. For 12 years, the Shared Visions exhibition provided opportunities for blind artists around the world. I have also involved myself with political action, advocating on Capitol Hill for the continued federal funding of the arts in education.

Can you talk to us a bit about the challenges and lessons you’ve learned along the way. Looking back would you say it’s been easy or smooth in retrospect?
As a person living with AIDS and blindness, I face the prospect of a greatly reduced life span and deal with threat and decay daily. It has been a bitter battle just to stay in this world, so I am not about to flinch or look away. My work focuses on the intersectionality of otherness in our culture and our culture’s inability to come to terms with queerness, disability, aging and people of color.

As you know, we’re big fans of you and your work. For our readers who might not be as familiar what can you tell them about what you do?
Besides my “Blind Vision” series of self-portraits, I am most proud of my “Heart’s of A Silent Age” Portraits of aging and “Remember- An AIDS Memorial Retrospective.” My “Hearts of a Silent Age” portraits are about the realization of loss and shattering the facade. In this project, I became fascinated with the concept of longevity and the process of aging. I began photographing senior citizens, capturing the lines on faces of lives long-lived. I was privileged to work with fascinating individuals who shared their life histories layered with a multiplicity of experience and emotion. As this work evolved, I became interested in imagery that envisioned a metaphysical hyper-realism, seeking to represent that which resembles, or in essence copies, the idea of the inner being. The images become a transmogrification—false on the level of perception, true on the level of time. They are a temporal hallucination, so to speak—a mad image, chafed by reality representing the body and the psyche as something that is dissolving and fragmented.

By amplifying and simultaneously passing beyond the corporeality of the individual represented, I render the topography of time, perceiving what is dead and what is going to die. In the early 1990’s I was greatly inspired by Tony Kushner’s Pulitzer Prize winning play “Angels in America,” in which prophetic ghosts and angels appear to the main character (Prior Walter) while suffering AIDS induced fever dreams. My exhibition “REMEMBER an AIDS Memorial Retrospective” (2018 at the Orange County Center for Contemporary Art) are portraits representing the ghosts and angels induced by my own fever dreams and nightmares. These photographs are of young men who are infected and include Black, Brown, Asian and Caucasian men. They pose as specters and witnesses to a nation which reacted to the AIDS pandemic in a political and prejudiced manner. I include allegorical references which are meant to cast a critical eye at the world’s disquietude about the most significant dilemma of the twenty-first century.

If you had to, what characteristic of yours would you give the most credit to?
I see photographic portraiture as a collaboration between me and my subjects. I am motivated to represent the very essence of the individuals I am photographing. I trend to using black & white photography because it cuts to the very core of my subject’s inner being. I find color to be a distraction, a lot of unnecessary eye candy. Through the use of lighting, gesture, expression and tone, I can represent my subject’s personality, psychology and emotions. I want each portrait to be iconic and hold the viewer’s attention. 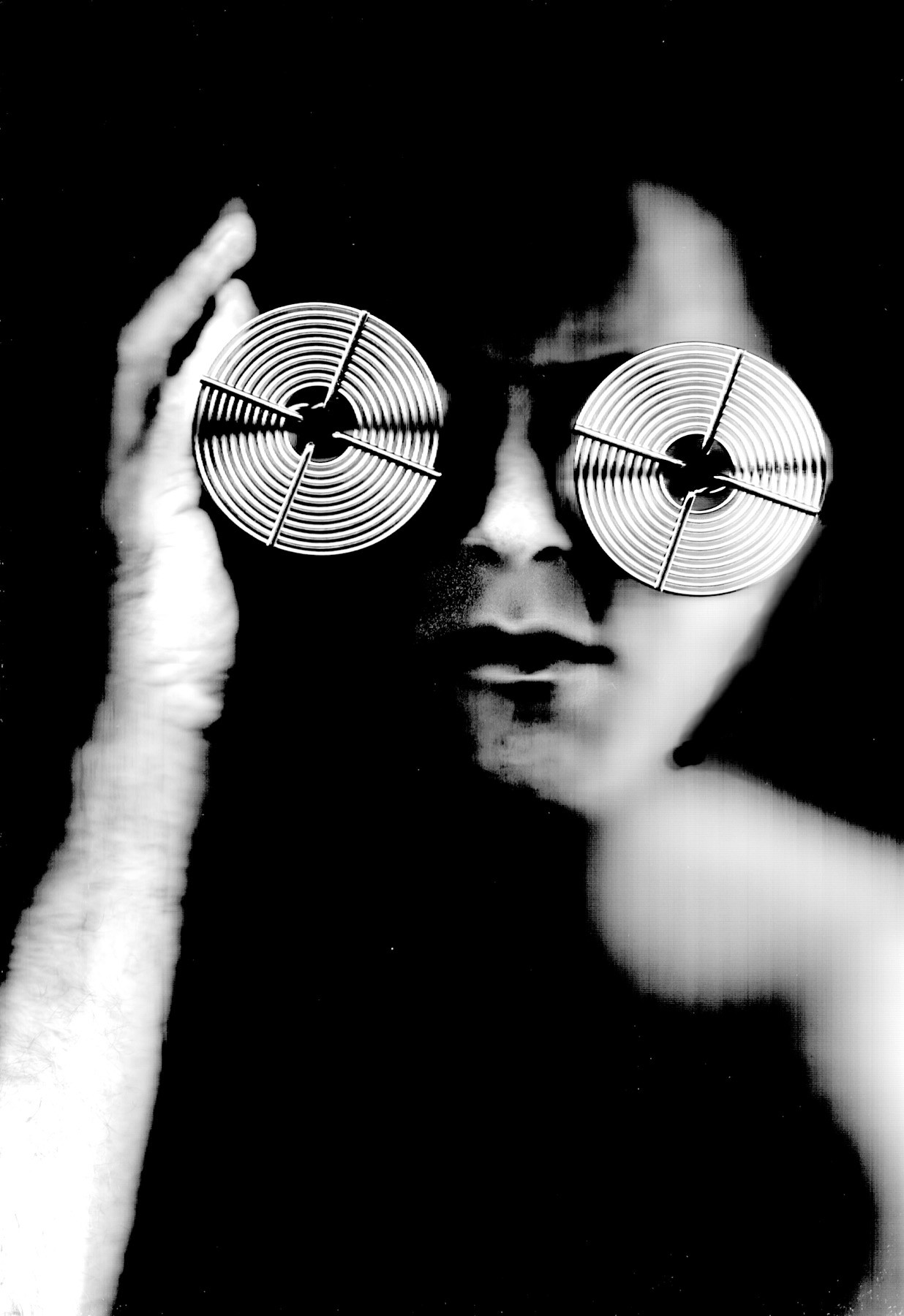 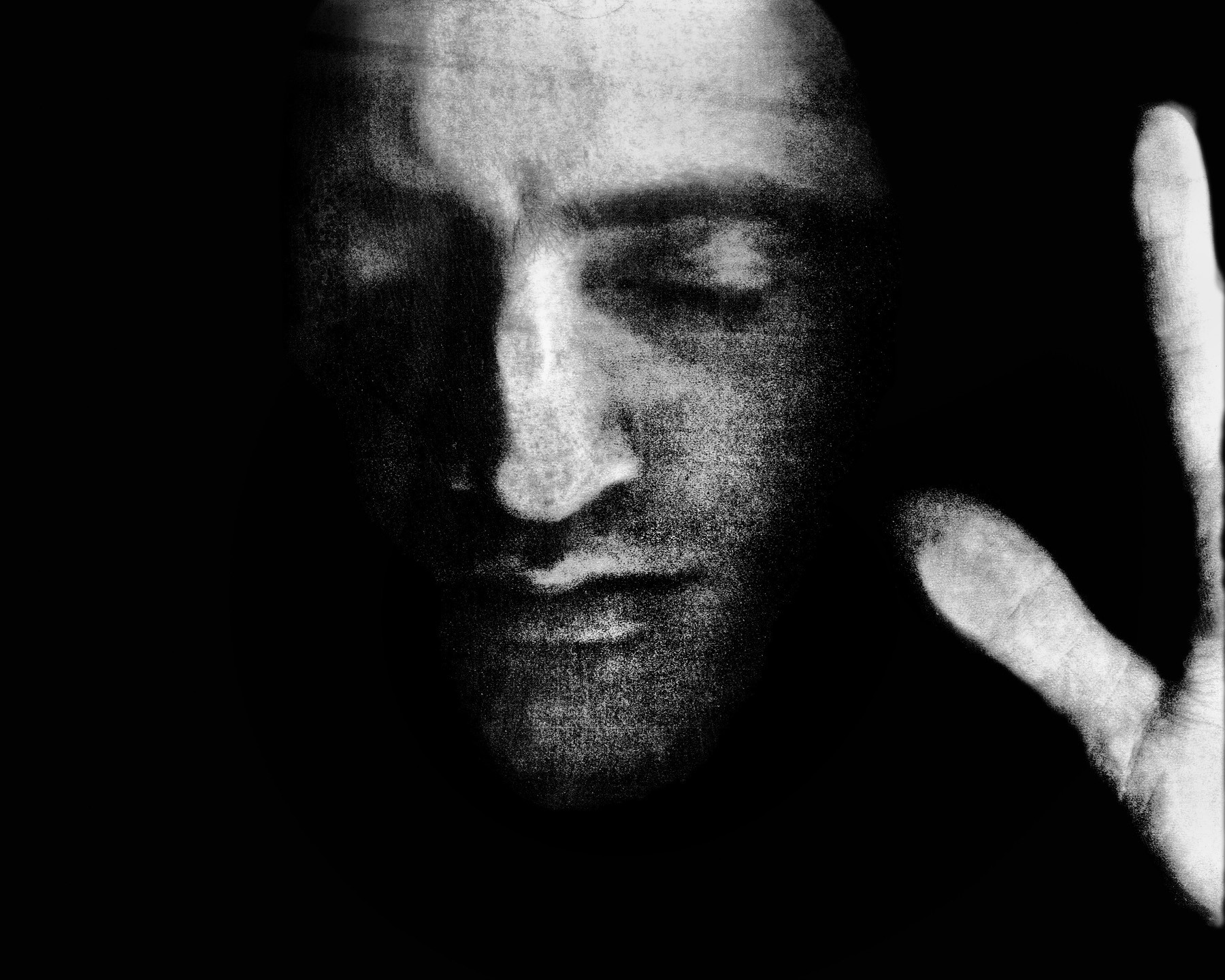 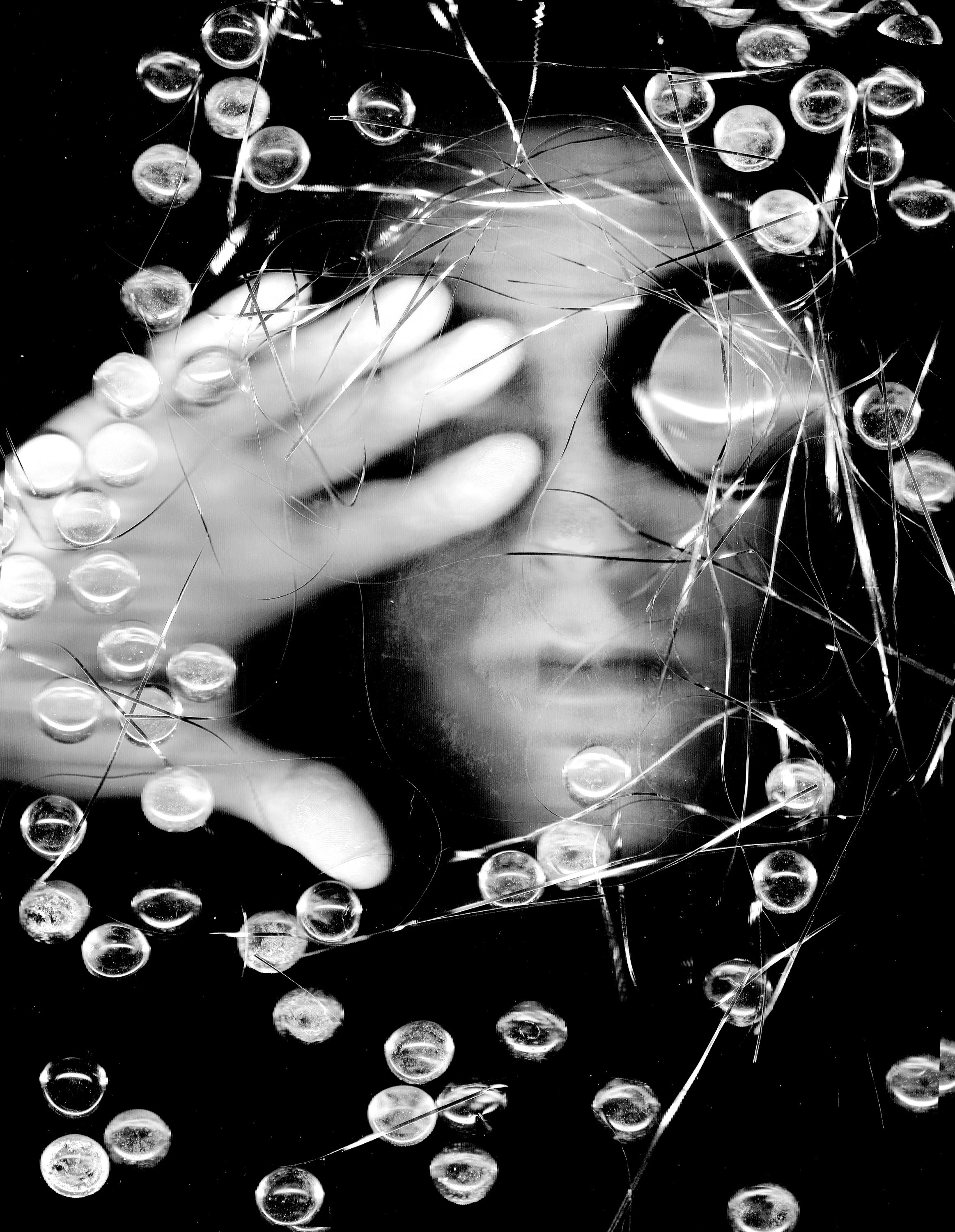 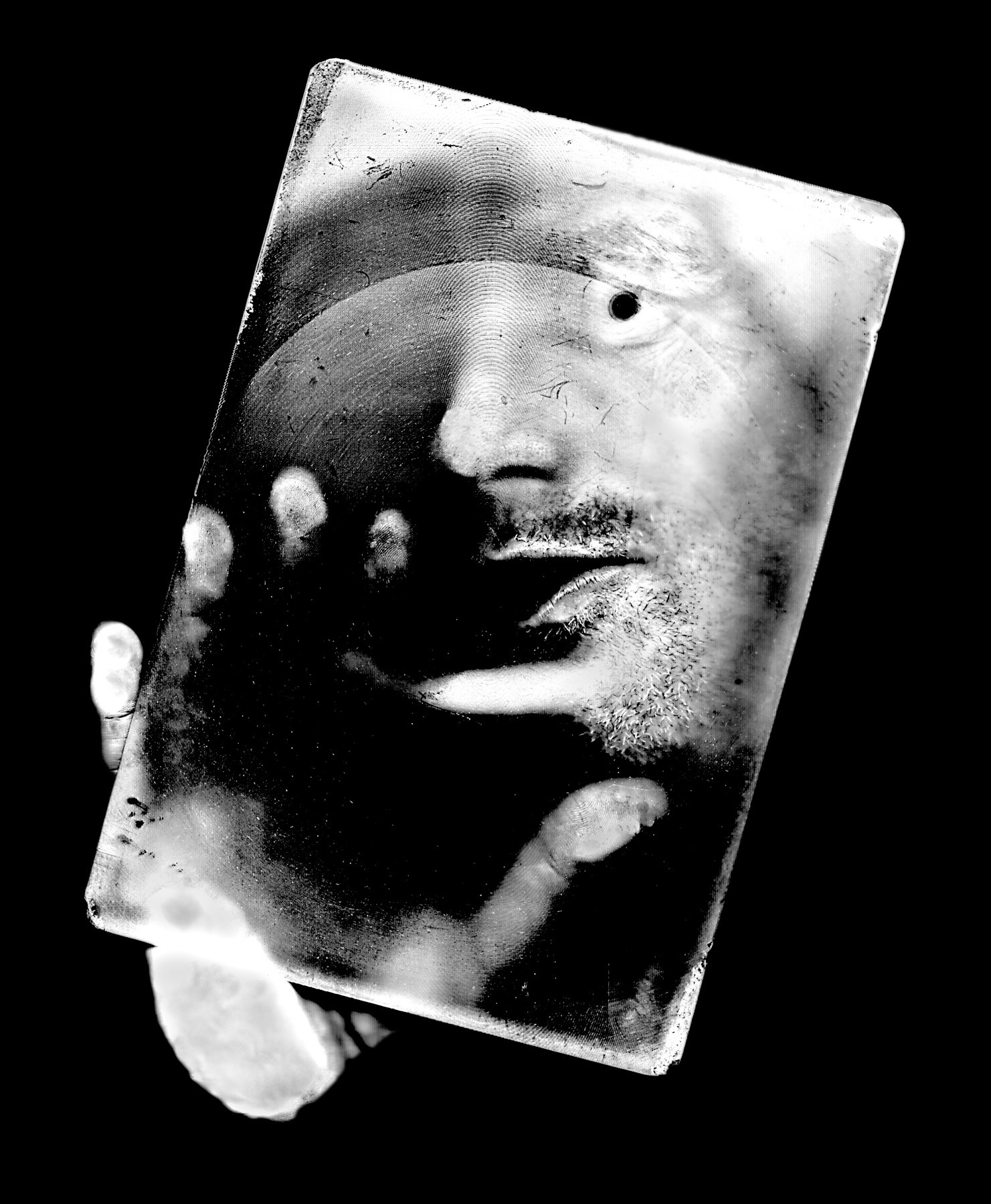 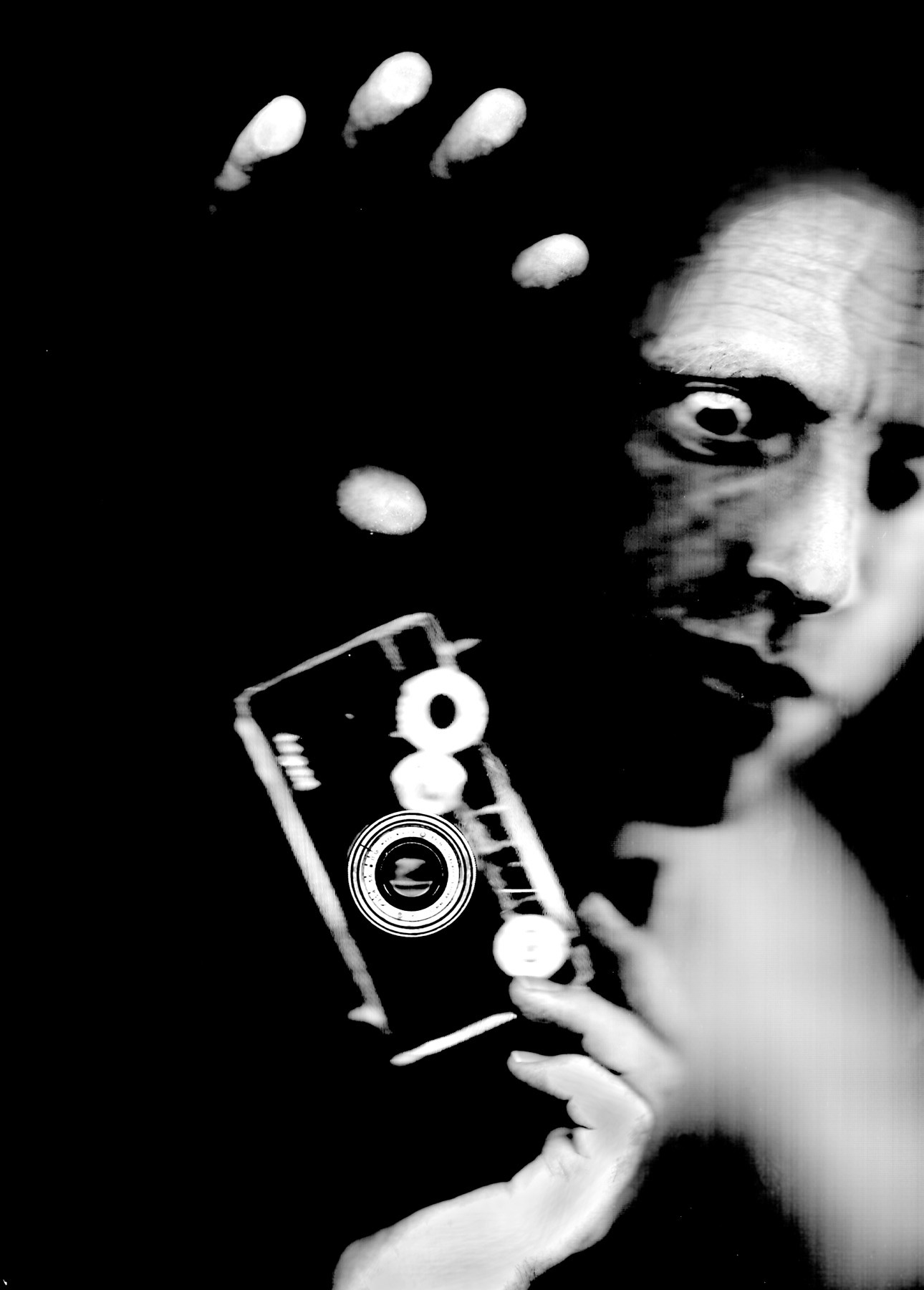 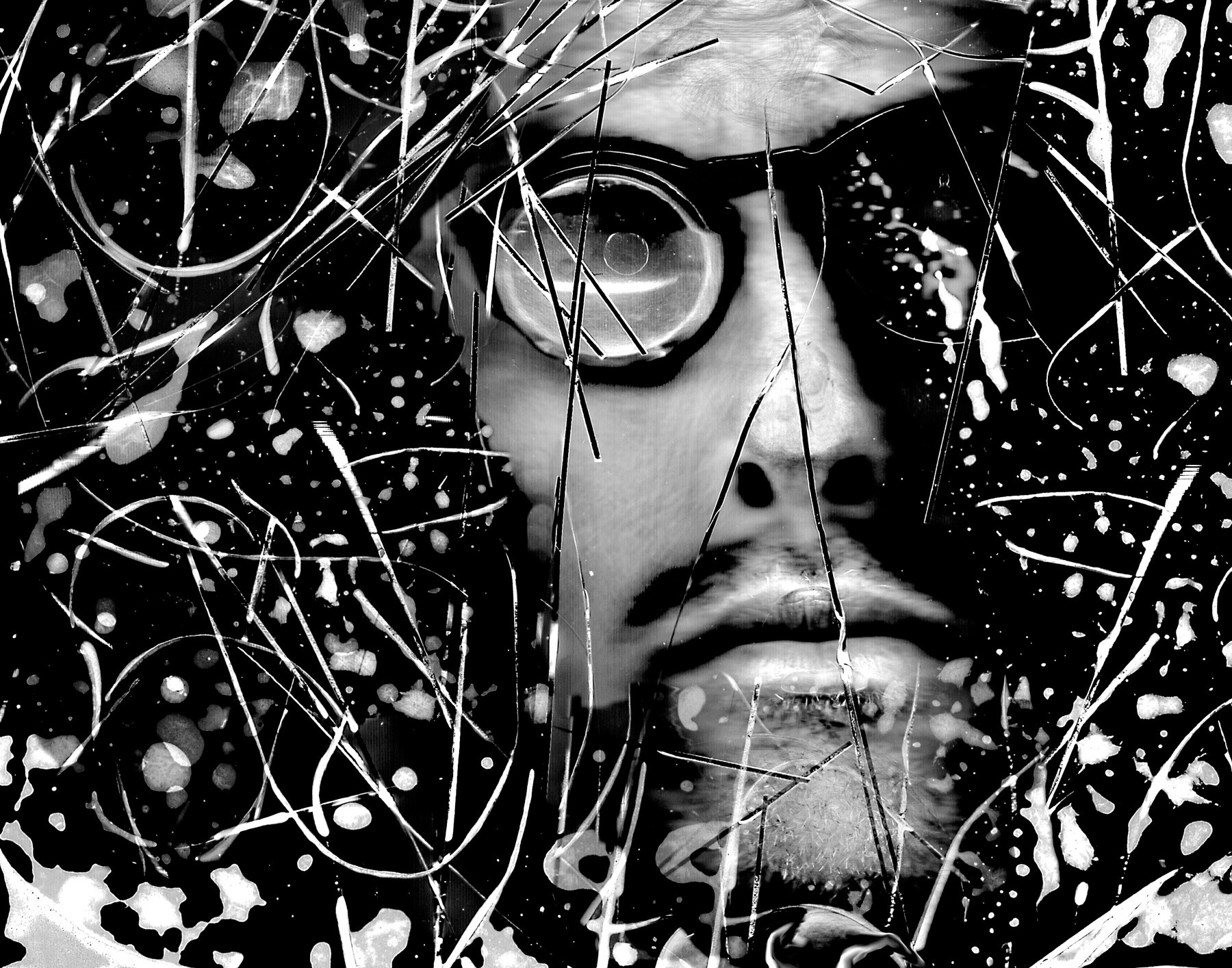 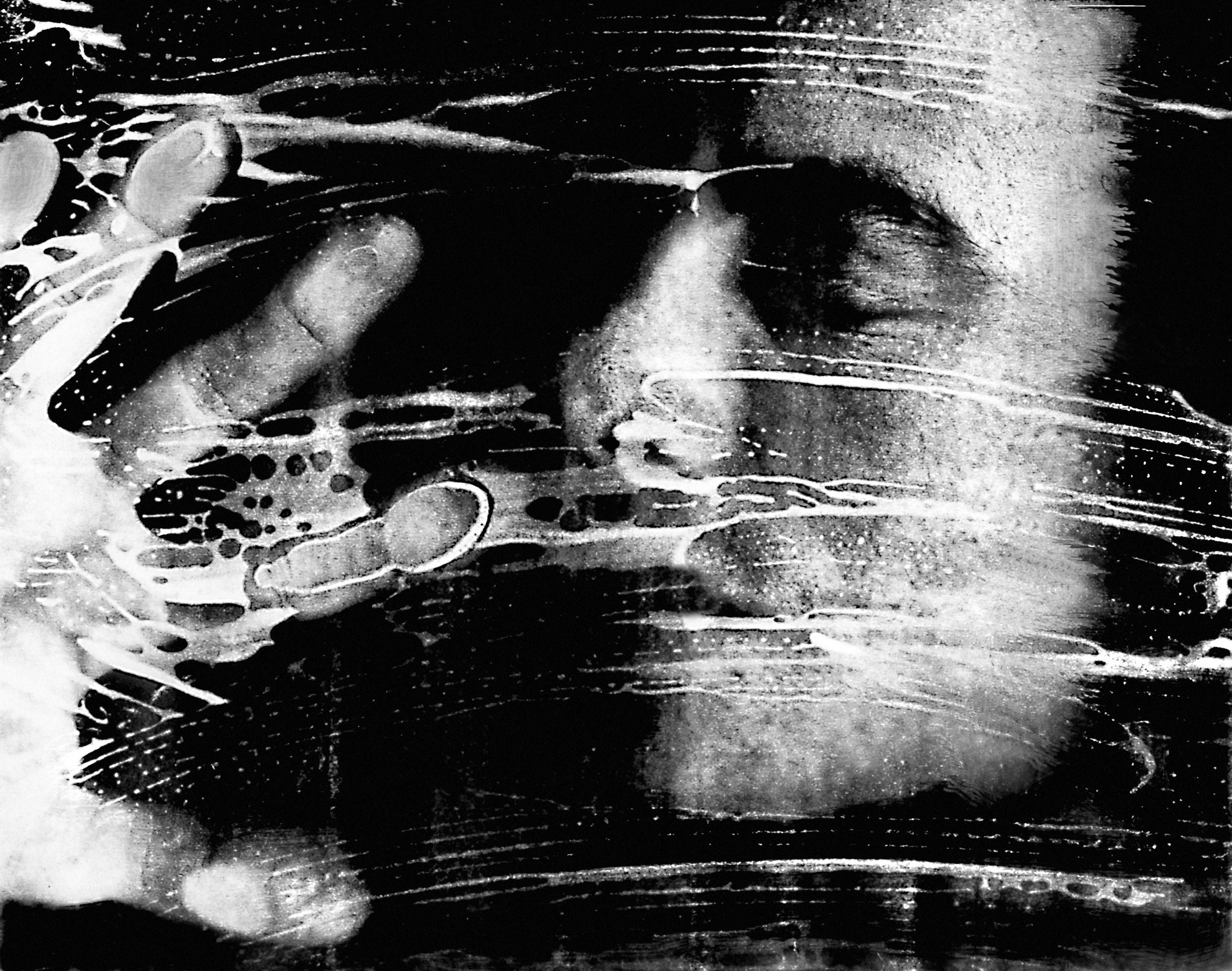 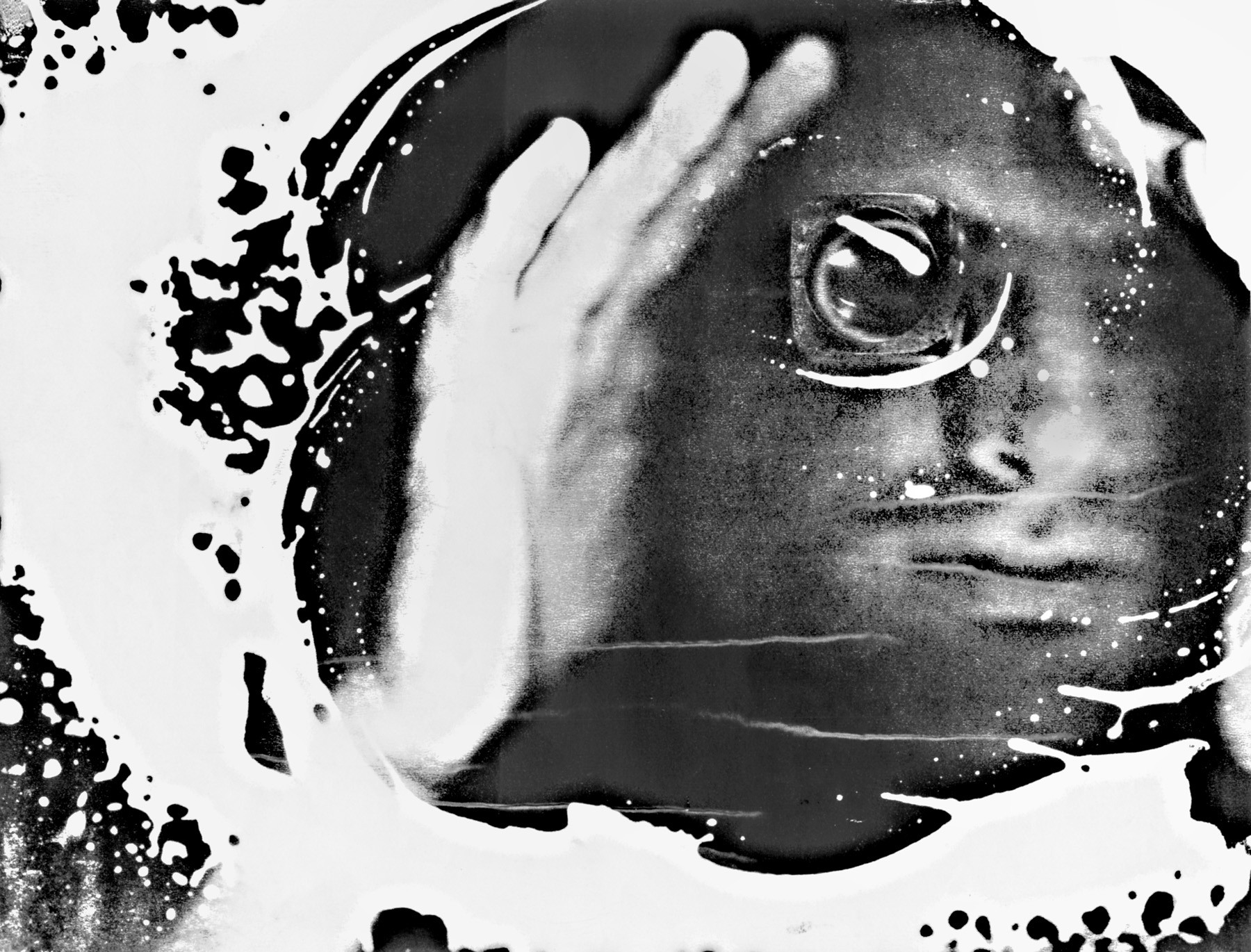