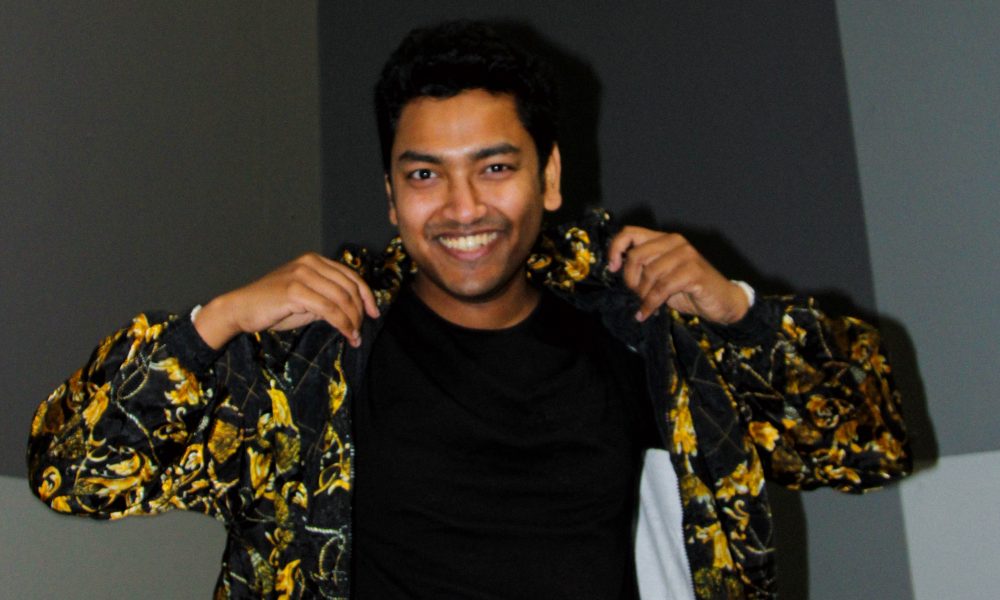 Today we’d like to introduce you to Kevin Miranda.

Hi Kevin, can you start by introducing yourself? We’d love to learn more about how you got to where you are today?
I am a 26-year-old creative and musician originally from Chennai, India. I’ve been curious about my creativity for as long as I can remember. As a child, I preferred to spend my time indulging in art, sketching whatever I found inspiring at the moment. So naturally, I chose to go to art school after I graduated high school. I moved out of my parents’ house at 17 and attended the Nanyang Academy of Fine Arts in Singapore on several scholarships. I’ve been equally invested in music almost my entire life. My parents made sure to get me vocal lessons when I was barely five and that kicked off a life-long obsession with playing music, to the point where it felt strange NOT to be making music. To me – that is the norm. Like every other artist that went on to put out their own music, I was in a band in high school. I sang and wrote songs for the band as we played school gigs and medium-sized shows in Chennai. The band experience was essential for cementing my love for songwriting. I couldn’t recommend it enough, especially if you’re looking to meet other, equally inspired musicians around you! Once I moved out to Singapore and settled down a little, I started to write more singer-songwriter music. I worked full-time as an Art Director in Advertising, but I found time to play intimate shows and open-mics in the evenings. In 2019 I applied to go to Boston University for grad school which eventually lead me to California as half my program was scheduled to take place here in Los Angeles. During this time, I put out my first two singles that listeners have taken to quite fondly. I’m happy with where my music is headed so far. Today, I do creative strategy for a promising young tech startup while simultaneously working on my first EP.

We all face challenges, but looking back would you describe it as a relatively smooth road?
It hasn’t been easy to figure out how to get started with my music independently, but I’m grateful for the process I put myself through. Balancing my ‘roles’ as a creative and a musician took me a while to get adjusted to but I can tell it’s very rewarding in the end. I have met some incredible people in the process. Learning to write better lyrics, teaching myself to produce and having to market it myself have all been time-consuming but made me more enterprising as a person. In the search for my own voice, I’ve found that having mentors for stuff I might not be great at can carry you much further and faster than trying to do it all yourself. I’m definitely all for DIY, but gathering up a team and getting people involved can result in a much better finished project. There’s also the very modern hassle of being exposed to too much good advice. You could listen to experts talk about songwriting or producing for hours on the internet but knowing when to stop is essential. At some point, you’re gonna have to get out and start doing it. It’s the only way you’ll make progress.

Thanks – so what else should our readers know about your work and what you’re currently focused on?
I write and produce songs in the Pop and R&B arena. I also play most of the instruments on these tracks, but I do get help sometimes. Doing a huge chunk of the initial work myself helps because I’m on a moving schedule. My songs are vocally-driven and emotionally heavy. I always try to fit a story into a song and take listeners on a journey with both the lyrics and the cadence of my tracks. I have a small team that supports me on this, and very similar to the state of the world right now, they’re all spread out across the map. My co-writer and mentor, Wei Liang, is from Singapore. Dilip, my co-producer and mixing engineer is based in Chennai. I also recently began collaborating with creatives in Los Angeles. I’ve moved around a lot so remote collaborations have always worked for me. I am most proud of the fact that I get to do this on my own dime. I don’t have to wait on anyone’s approval or permission to do this. I dictate the schedule and direction. I’d like to keep it that way for as long as I can.

Can you tell us more about what you were like growing up?
I grew up listening to Indian film music until I was 11. Outside of a few artists like the Backstreet Boys, Aqua and maybe Jim Reeves (for his Christmas albums) I hadn’t really been properly introduced to “Western” music. It wasn’t until an older cousin came home one day with a few Michael Jackson CD’s he wanted to check out on our home computer. I was really hooked on Thriller and the ‘Number Ones’ compilation album for a whole year after. That was my gateway into wider pop music. Not a bad place to begin at all! As I got older, I was exposed to metal, rock, country and 80’s music just by exchanging music recommendations with friends. I even had a huge rock and progressive rock phase in my late teens. I got through to the Beatles, Nirvana, Radiohead and Porcupine Tree during this phase. Some of these influences still show up in my songs. Personally, I’ve been forced to become self-sufficient in my endeavours. I’m very good at teaching myself new things. There’s so much free knowledge out there – that it’s given birth to a whole generation of self-taught bedroom musicians! I proudly identify as one of them. I also participated in a ton of music engagements growing up. Independent gospel albums, voiceovers, radio commercials, singing contests – anything my parents thought I’d be a good fit for. I’m grateful for the support I’ve had from them over the years. 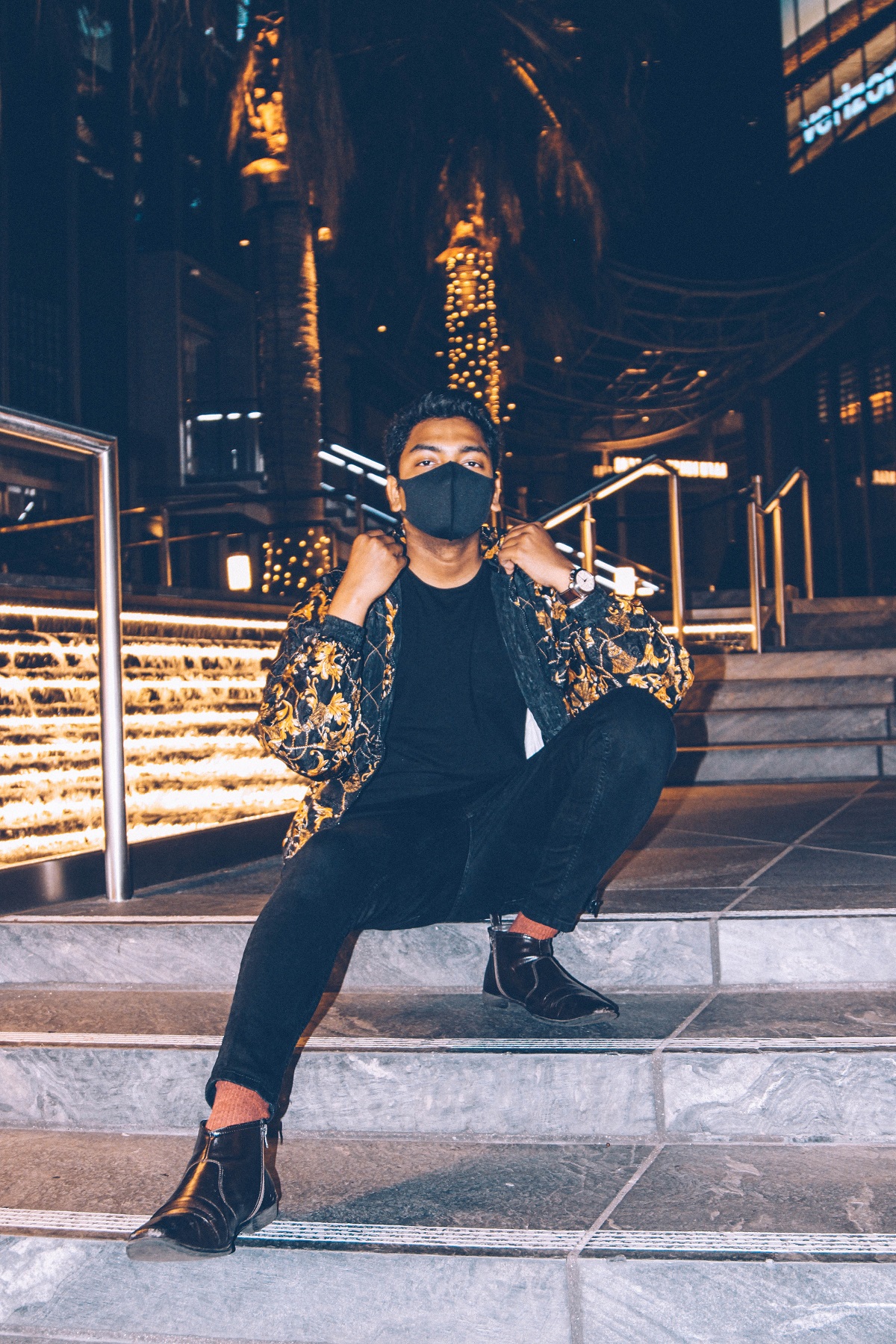 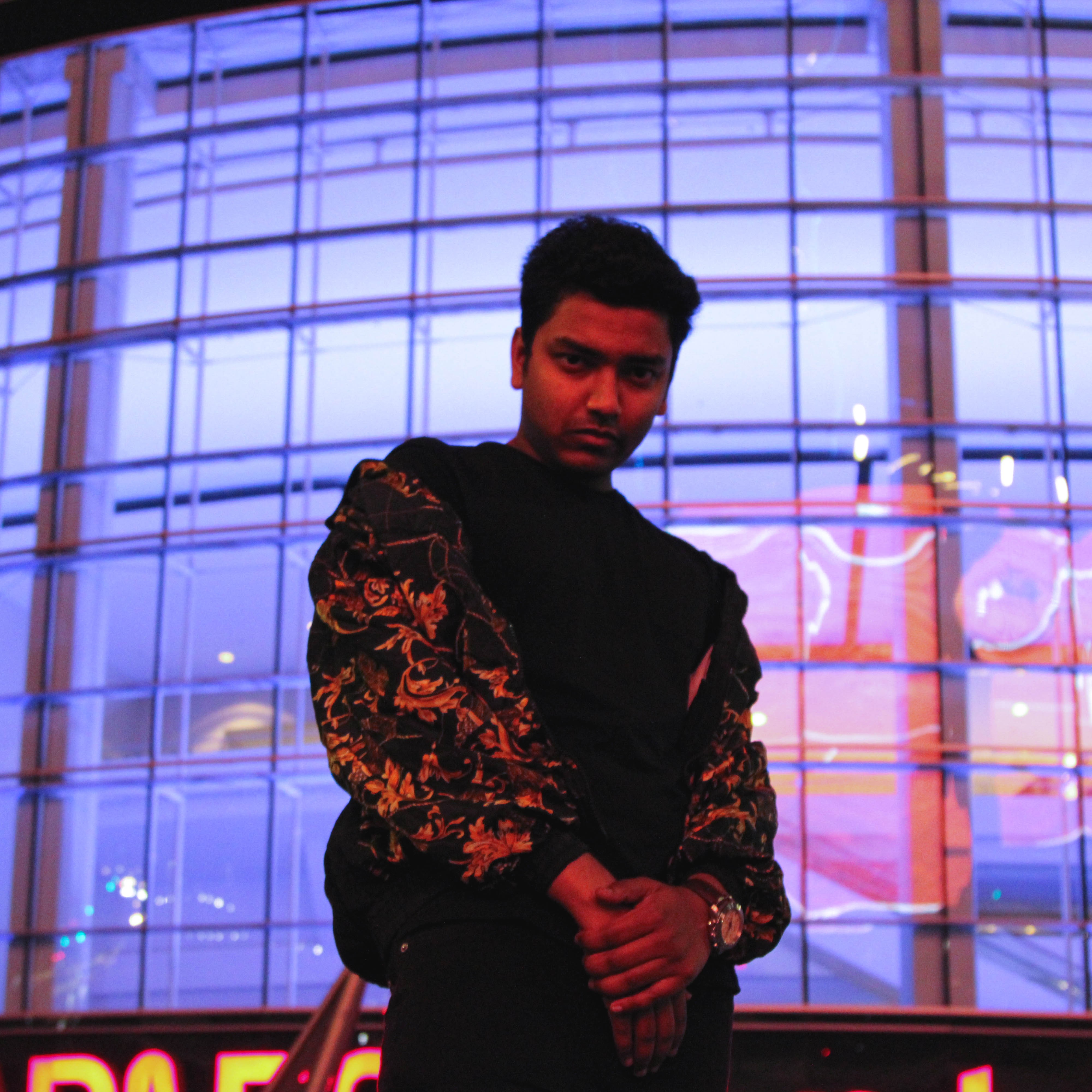 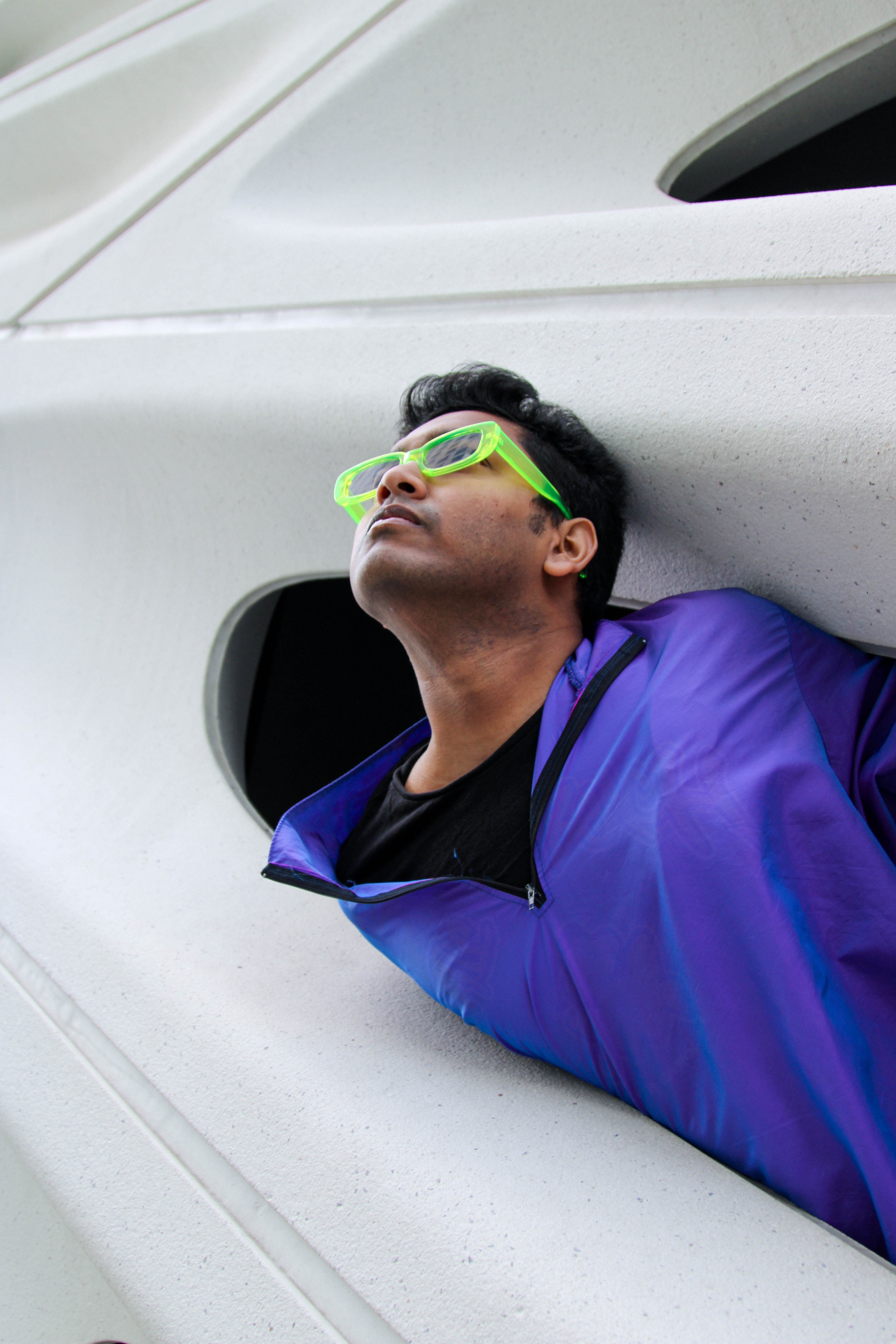 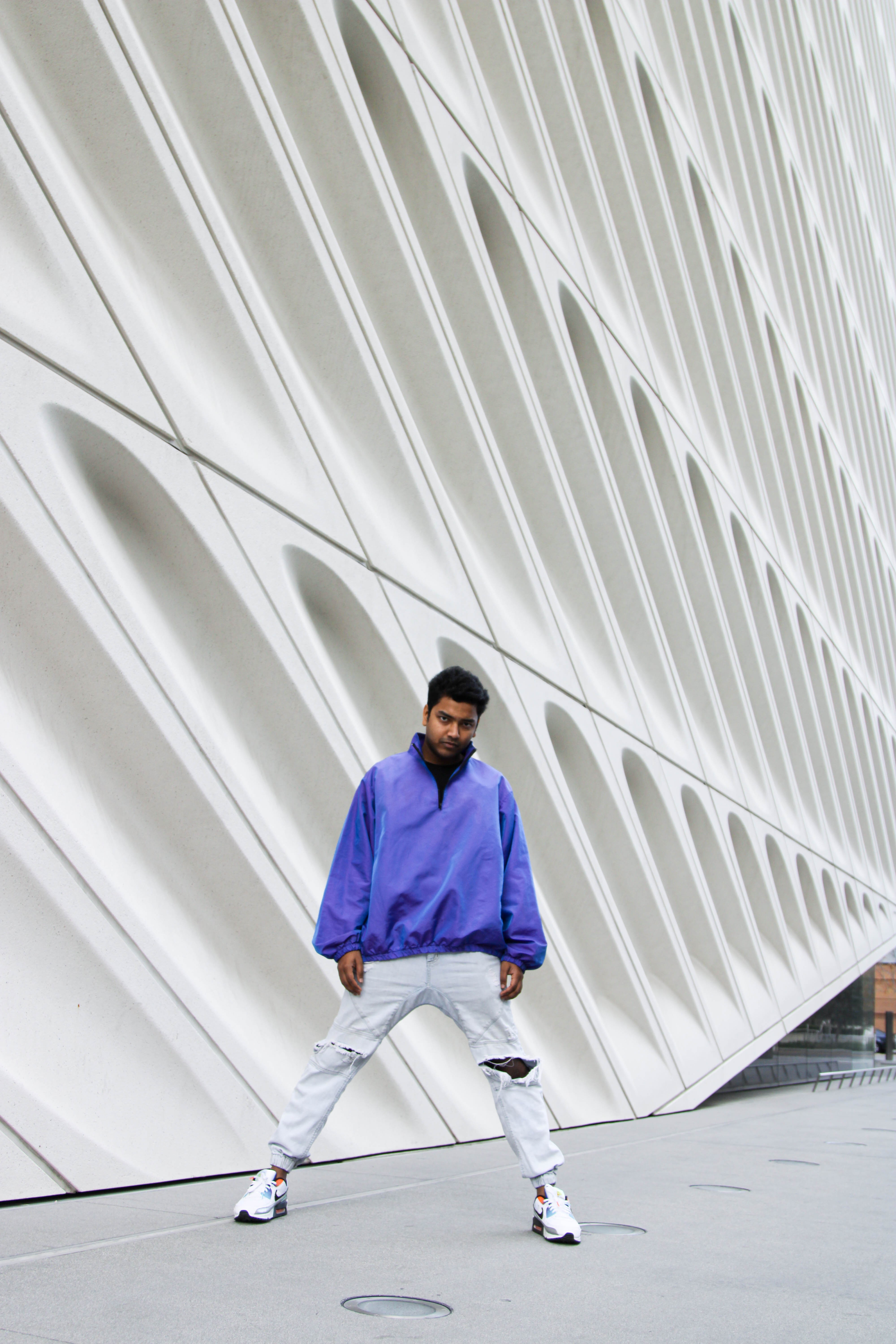