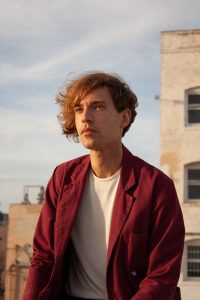 Today we’d like to introduce you to Joris Daniel Hoogsteder.

Hi Joris Daniel, thanks for joining us today. We’d love for you to start by introducing yourself.
I grew up in a relatively small town in The Netherlands, starting out as a drummer, playing in bands in high school, figuring out what my purpose was going to be. One day, at a rock music camp, I met a music producer that showed me the possibilities of a career in writing music for media; something clicked for me right away, and I picked up music production skills to continue my music education at the conservatory (ArtEZ MediaMusic) close to where I grew up.

During my undergraduate studies, I found my passion for writing music for video games. Soon after, I was able to get a scholarship to study here in California to pursue my master’s degree in Music Composition and Theory, something I was eager to expand on after four years of focusing on the music production side.

At California State University, I got to know my friends over at EMÆL and started playing drums in the band. I’m extremely proud of the music we make and would love for you to check it out if you like cello-driven electronic folk.

After graduating, I started my internship at Moonwalk Audio, where we create music and sound for video games, TV, and film! I am very lucky to continue my adventures at Moonwalk, as it has taken me to very exciting places.

Would you say it’s been a smooth road, and if not what are some of the biggest challenges you’ve faced along the way?
Fortunately, it feels like it has been pretty smooth. If anything, my line of work can get pretty unpredictable, as there are very busy periods with big crunches and deadlines coincidentally falling within the same week or month, followed by a slow period where very little happens. This takes a little bit to get used to, but my excitement and passion for the work that I do far outweigh those uncertain bumps. I’m very grateful for every project I get to work on, as every day brings something very unique!

Thanks for sharing that. So, maybe next you can tell us a bit more about your work?
80% of the time, I work in music for video games. At Moonwalk Audio, I work on a large amount of casual games; casual games are shorter experiences, often played on your phone, e.g. LEGO Brawls, the Match 3 and casino games from Zynga. Currently, we are working on a couple of unannounced titles that will come to Apple Arcade. Next to that, we get to work on console and PC video games as well, as we do work for Blizzard (known for World of Warcraft, Hearthstone, and Overwatch), Atari, and HyperGryph (Arknights).

Composing music for a video game brings a set of unique challenges. Writing music for, for instance, a movie is a relatively linear process as the film is a certain length and will be watched from beginning to end.

In contrast, games are a non-linear medium and a player can decide to play for 30 minutes or 8 hours, decide to explore the world or attack an enemy, or even do nothing and enjoy the scenery. Whatever the player decides, the music has to fit the player’s narrative, and it has to feel natural. This is equally important for any game, whether it’s a sprawling big explorative experience or a single-objective casual game on your phone.

When scoring a video game, you’re always riding a fine line between not over-scoring the music, and making sure it doesn’t get stale or repetitive, as sometimes a player will hear your music loop a number of times. I need to be a musical chameleon, always being able to fit in and elevate the style and aesthetic of the game I’m working on, and knowing exactly what the possibilities within the game are, and how the music should follow and account for these possible changes.

Apart from video games, I get to work on other interesting projects as well, such as writing orchestral underscore music for news shows such as NBC Today Show, producing music for various Disney parks and television projects, and writing/arranging music for live orchestral performances.

One intriguing project I really got to enjoy was working with Valve (the American company behind the games platform “Steam”) on their live event “DotA2: The International 9” in Shanghai. “The International” is the largest eSports tournament event in the world, with a prize pool of 34 million USD. I was honoured and excited to work with the great Tim Larkin and composed/arranged a medley of his famous DotA themes in a new style tailored to the event. My arrangement was then performed by the Shanghai Philharmonic Orchestra and viewed by millions of people. This was a very real moment of gratitude when the first notes were played and the performance – that we had been preparing for months ahead – went as planned. I look back to that adventure as a big highlight in my career.

What I’ve learned over the past couple of years in my career is that you have to be able to wear different “hats” or take on different versatile roles and then be confident, skilled, and reliable in these roles. I wouldn’t be where I am today if I just wanted to write one style of music for one kind of medium. It’s really helpful to be adaptable; sometimes I’m a lead composer on a project, sometimes I make sound effects and stings (stings are 3-second musical cues that indicate an event in the game, such as “completing a level”), and sometimes I’m “the music utility guy,” and I help out where I’m needed.

Through Moonwalk Audio, I get to work a lot with the ever-amazing Austin Wintory (known for composing the gorgeous music for games such as Assassin’s Creed: Syndicate, Journey, The Pathless, Banner Saga). This working relationship is a great example of where I can use a wide array of skills to support the project in whatever way needed.

Projects we’ve worked on include John Wick Hex (based on the popular film franchise), Ubisoft’s A Game of Space (a beautiful VR experience) and the feature-film “Born a Champion,” starring Sean Patrick Flanery, Katrina Bowden, and Dennis Quaid. Each project needed my expertise in a different way; often, I have the freedom to take the music that is there and add layers of beautiful synthesizer recordings, crushing drum beats, and musical production to add even more sonic material to Austin’s compositions. Other times, I get to flesh out a musical sketch to fit the narrative and the specifications of the project and even write additional music, such as on the feature-film.

The great thing is that there’s this mutual trust between me and the amazing collaborators I get to work with; whatever we need to do to deliver the project, we’re going to get it right and give it all we got. Reliability and integrity is key; I tend to operate in that mindset, and so do the people around me, which makes for a great working environment to be part of. Every day brings something new to the table, and it’s always an adventure.

Moving forward, there’s a lot of exciting projects on the horizon! Soon, we’ll be announcing our work on a couple of larger games we are very passionate about, and I can’t wait to share it!

On a personal level, we’re just released a new album with EMAEL, and I’m also getting ready to release my own music for VR platforms; I’ve been very impressed by the development of Virtual Reality devices, and I decided to make music specifically for this medium, coupled with fully-fledged visual VR experiences. There’s a lot of overlap with the video game music work I do, but to explore this completely new medium without boundaries has been very inspiring and exhilarating!

What were you like growing up?
Growing up, I was (and still am) a pretty outgoing person that was fascinated by technology and entertainment. Even before I found my passion for producing and composing music, I was always experimenting with video editing software, the early-2000 MIDI sequencers like Cakewalk, and was spending hours upon hours “modding” video games. Next to that, I spent a good time playing in bands and acting in musicals in theatre school; I was dreaming of starring in broadway productions as well as commercials on television. Eventually, I discovered that I loved writing music for musicals way more than starring in them and flipped the switch. Nowadays, it feels like I get to combine all those different interests into one profession, as creatively figuring out technological workarounds is still a big part of my life, and following the dramatic narrative of a story with music is the one of main objectives when writing video game music. 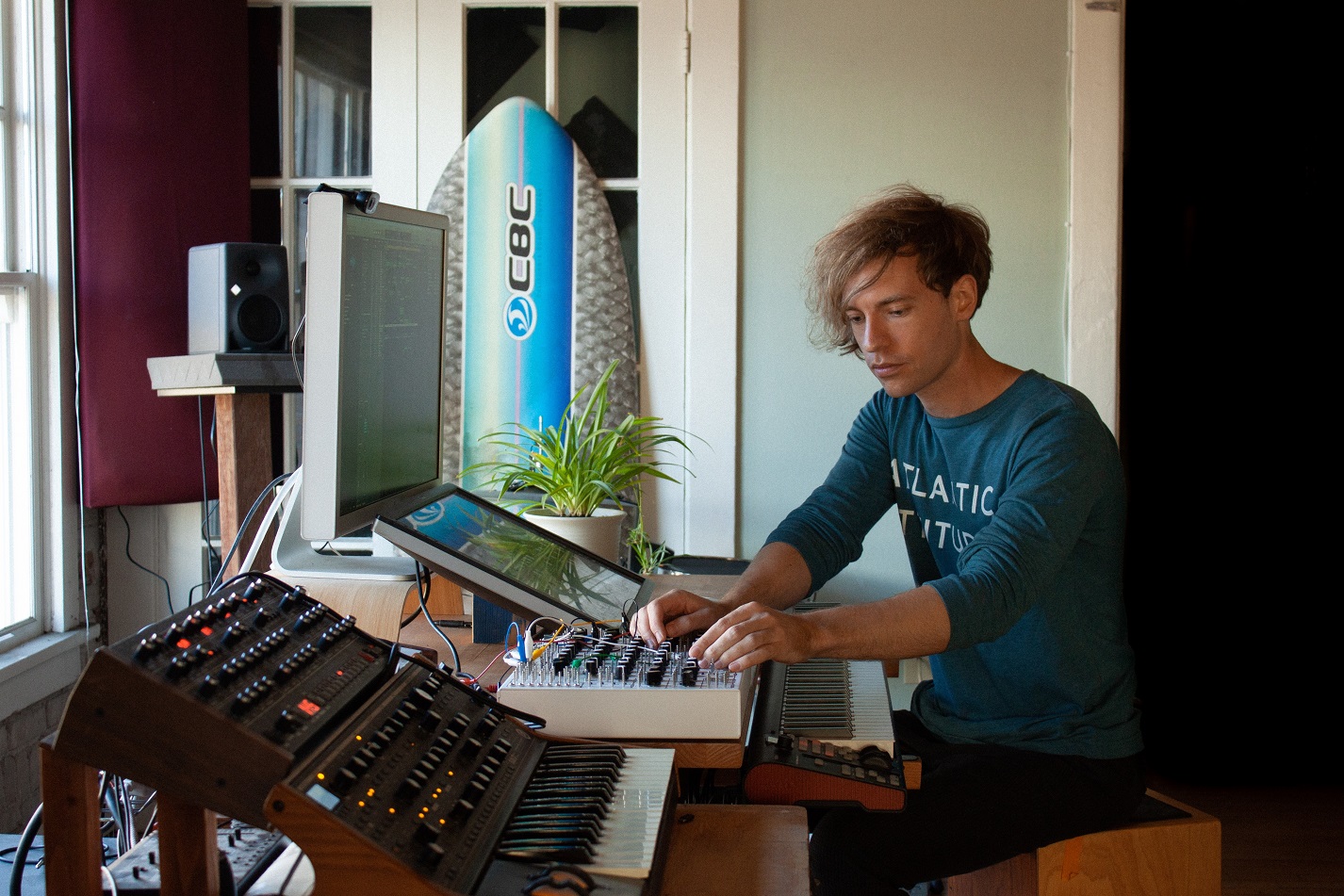 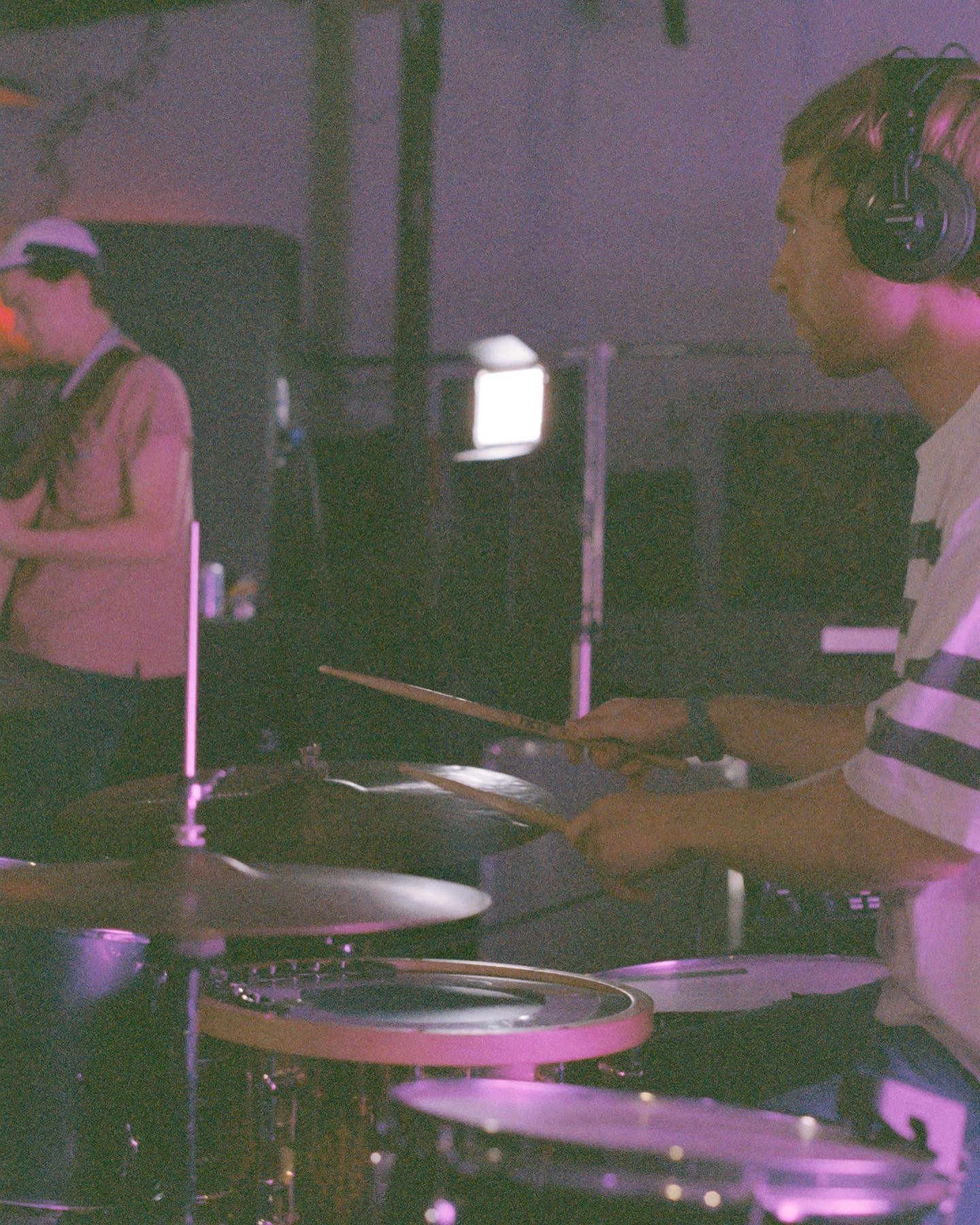 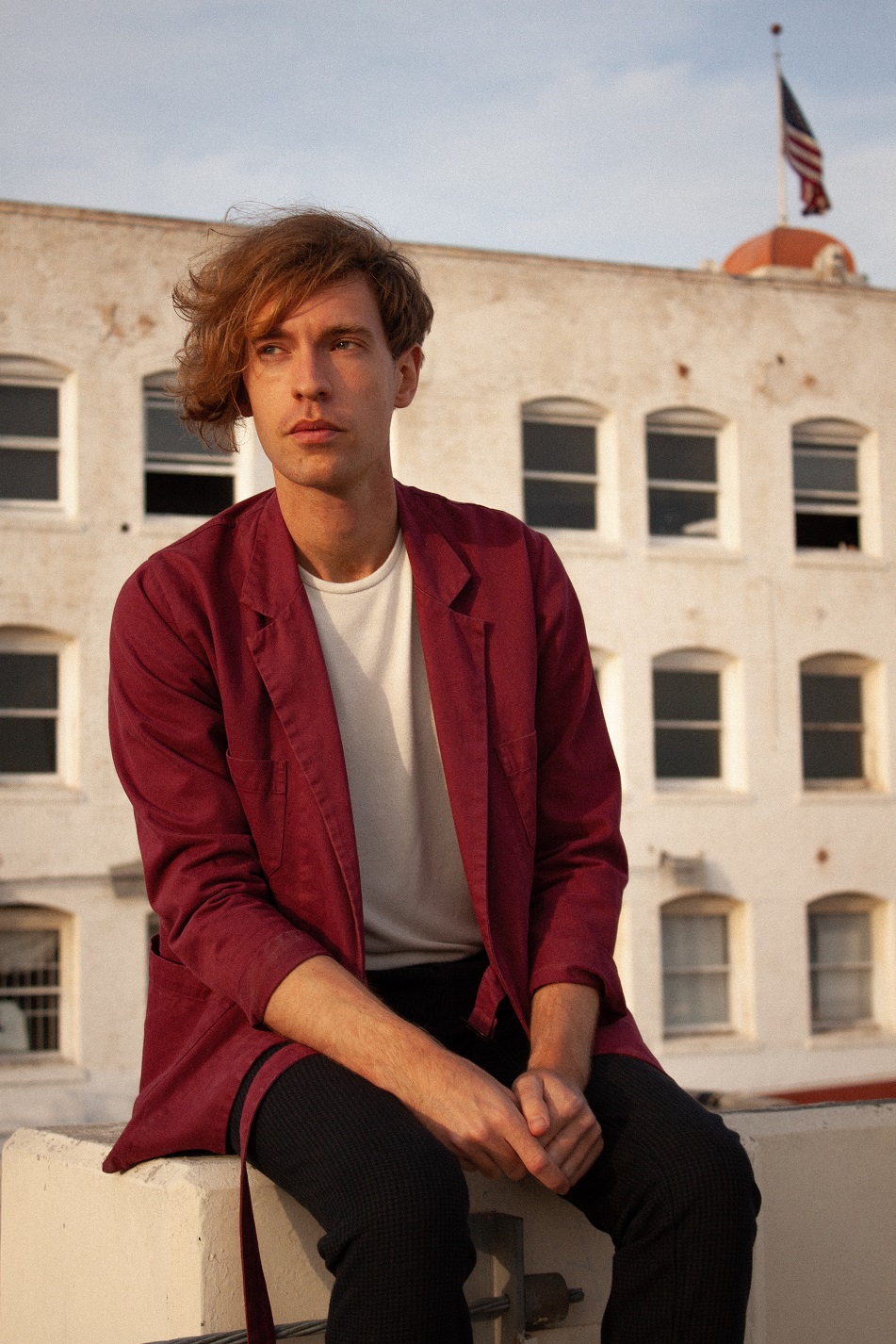 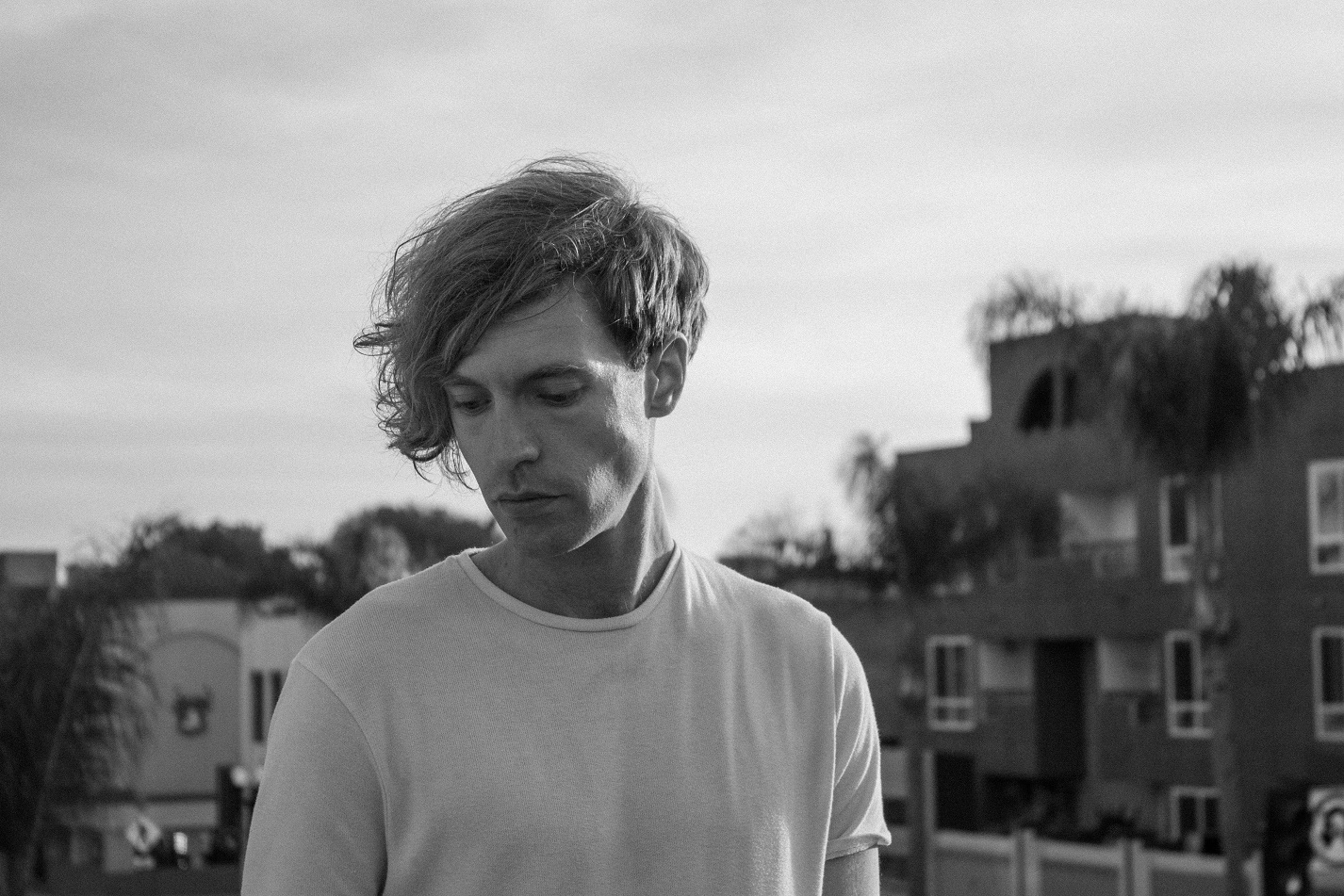 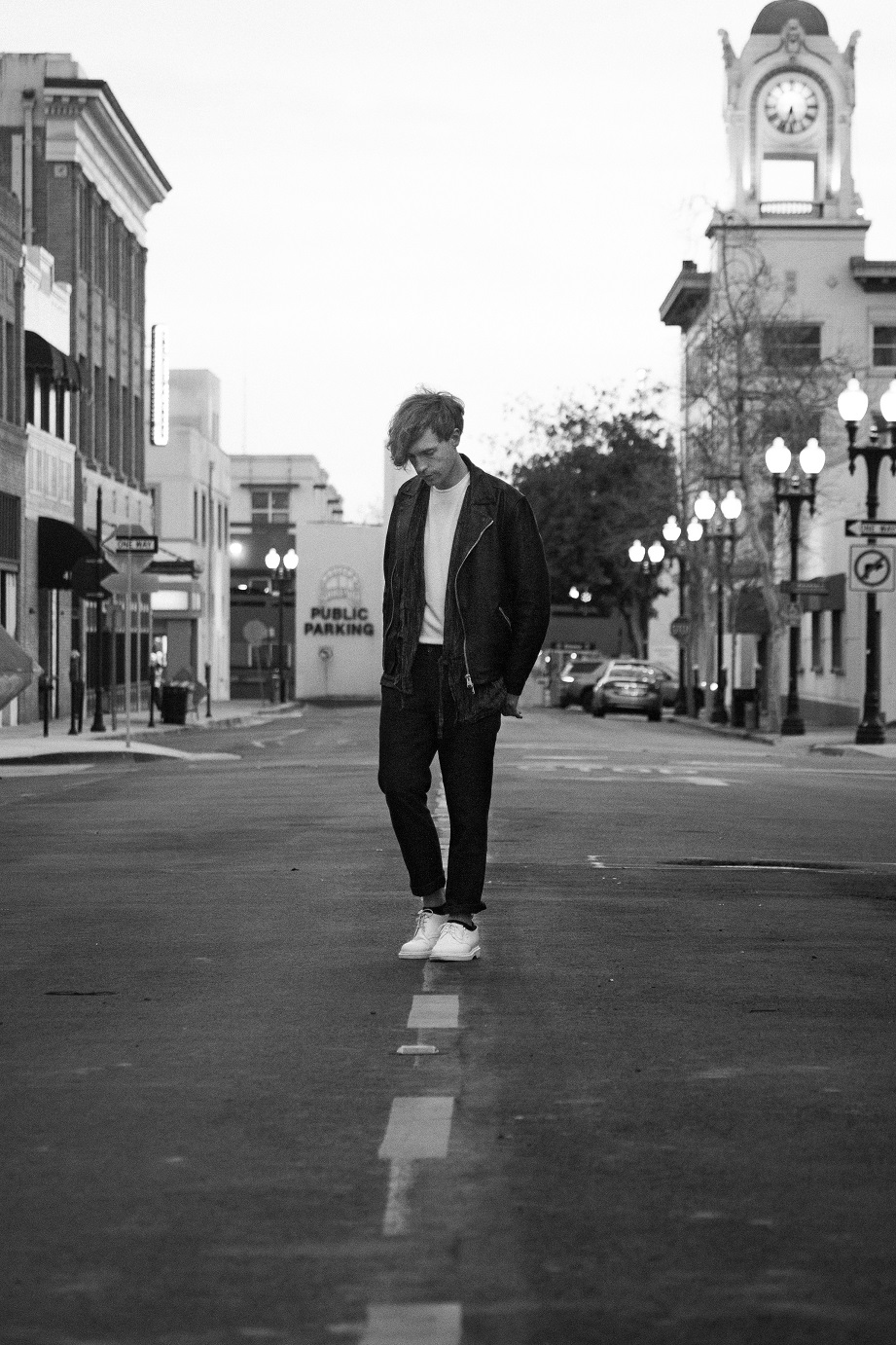