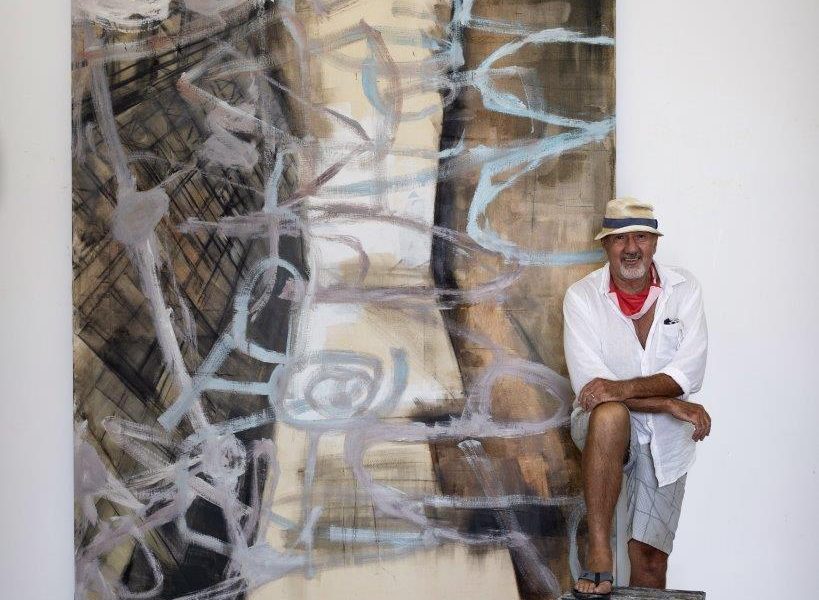 Today we’d like to introduce you to John Goetz.

Alright, so thank you so much for sharing your story and insight with our readers. To kick things off, can you tell us a bit about how you got started?
Well, as I can remember it, by the time you could hold brush or a pencil, you’d have found me either drawing or painting on something. I was born in the city of Basel, Switzerland to a Swiss mother and a Dutch father. At about 5 years of age they decided to move from Europe to Canada. They both liked the freedom, openness and expanse of North America. In getting there, you’d remember places and people changing all the time. Nothing stayed in one spot for too long. It was like being on a moving train all the time, looking out the window as things came and went. As young boys, my younger brother Christian and I always thought of it as an adventure game for our entertainment.
After leaving Europe, we settled into the French Canadian city of Montreal for a time, then we moved on to Toronto where my father accepted another Hotel management position. This would finally become the place of our new home.

I was sent into an English language speaking school. My head was full of just the French Canadian and the Swiss German dialects. English now, would be the only language I would need to understand during classes. My Father and Mother both spoke four different languages fluently and the anticipation was that I’d acclimate to things but I could not keep up and needed to repeat my second year. It was hard not feeling out of place at times. Watching the other kids move on didn’t help things. I was given help by the teachers to adapt to the situations. One day we were given drawing books and that’s were it started. They had images with narratives. The excessive was to connect these word with these images to memory. And coloring was needed to accomplish the assignment.

All this encouraged me to take up art classes and that set the course.

In my early teens, I started drawing and marking on just about everything. Desk tops, sidewalks, the walls, my clothes…nothing was out of bounds. I remember spray painting my bikes, boots or whatever I thought needed improvement. I would get called out on this stuff sometimes and need to clean off hallway walls or the windows, never understanding then, what the fuss was all about, but for the attention.

These were progressive schools that had a latitude for some understanding and the art work started to hang in school hallways and principles offices. When pieces began selling, there was a different perspective on things. This was fine with mom but when I began to talk about being an artist nothing would deter my dad and his plans to enroll me into a private military boys school. Mine had already been made. The making of art was already more than a passive activity.

I’m sure you wouldn’t say it’s been obstacle free, but so far would you say the journey have been a fairly smooth road?
There was a healthy degree of skepticism all round and it probably wasn’t an unusual story. My parents were not crazy about the Art College and wanted a more academic or trade school endeavor for me. By then my father even pushed Hotel Management Schools, so, I’d follow him into becoming the director of some hotel or golf club.

He knew, an artist life would have challenges, and he was absolutely right on most counts. I would worked at many of those hotel and restaurant type establishments to get through art college, but it still was always about the art. I believed that it had picked me and not me it.

I enrolled into a Design college to study Graphic Design. but it wasn’t long after the 1st year I found the pre requisites of dead lines, typography , exacting perspectives and ruling pens too restrictive ,and left Sheridan College to enrolled into the Ontario College of Art. I would study painting and printmaking there. These were the years of explorations. You could fuse various mediums, mix and match. In that time you accessed whatever you could. There was no internet then. Art Gallery of Ontario, contemporary gallery’s next to the art collage and It was where you could take in the modernists . You could hang out with the Henry Moore’s and see Gerhard Richter, Sigmar Polke, Pollock and Rauschenberg along with the films by Fellini or Werner Herzog and the writings about everything from Kafka to James Joyce.

After college, I moved to Europe to Live and work among the museums, café and theaters there. Besides working in pubs I would explore bookstores, museums and music. I try to find places for my prints. It was a Cafe Society and I’d always had my portfolio with me as an introduction.

Returning back to Canada after a few years I established a studio on the west coast. I started both selling and exhibiting in Vancouver and Seattle.

It was visiting the South Western deserts where I became formally introduced to California and Los Angeles.

In the year 2000 I got a U.S. residency and moved into a 5 story walk up in New York City and got a studio in Brooklyn.

I supported myself with the art and began working in production with an agency called 5th&Sunset. that had large production spaces and offices in New York, Miami and Los Angeles. We would produce commercial photo shoots with a variety of clients. It was then I got the idea to start my own production motor home company. It turned out to be a great supplement income to support the studio work as well. I still do that since moving to Los Angeles some 15 years ago.

Every thing brought me back to Santa Monica, California. where I had some gallery representation and share a studio with my Dutch American artist wife Tanja Rector at the Santa Monica Airport.
Los Angeles is my home.

Thanks – so what else should our readers know about your work and what you’re currently focused on?
There are limited things you can do safely these days. Painting alone in your studio is one of them. I make large oil paintings and cycle back and forth to the studio every day. After the shut-downs, the commercial production slowed considerably and now I can fully focus on my time in the studio. The studio has always been a sanctuary and never more so than now.

There has been such a concentrated period of art making over this pas year and a nice demand from the gallery and the designers .

Can you talk to us about how you think about risk?
Risk and responsibilities go hand in hand. Perseverance and commitments are also hugely important. I think it’s a good idea to think things out carefully and weigh the consequences. but ones you have committed, don’t dwell on the negatives. Keep moving forwards. Both growth and experiences are never ending and those returns are personally and professionally insurmountable. 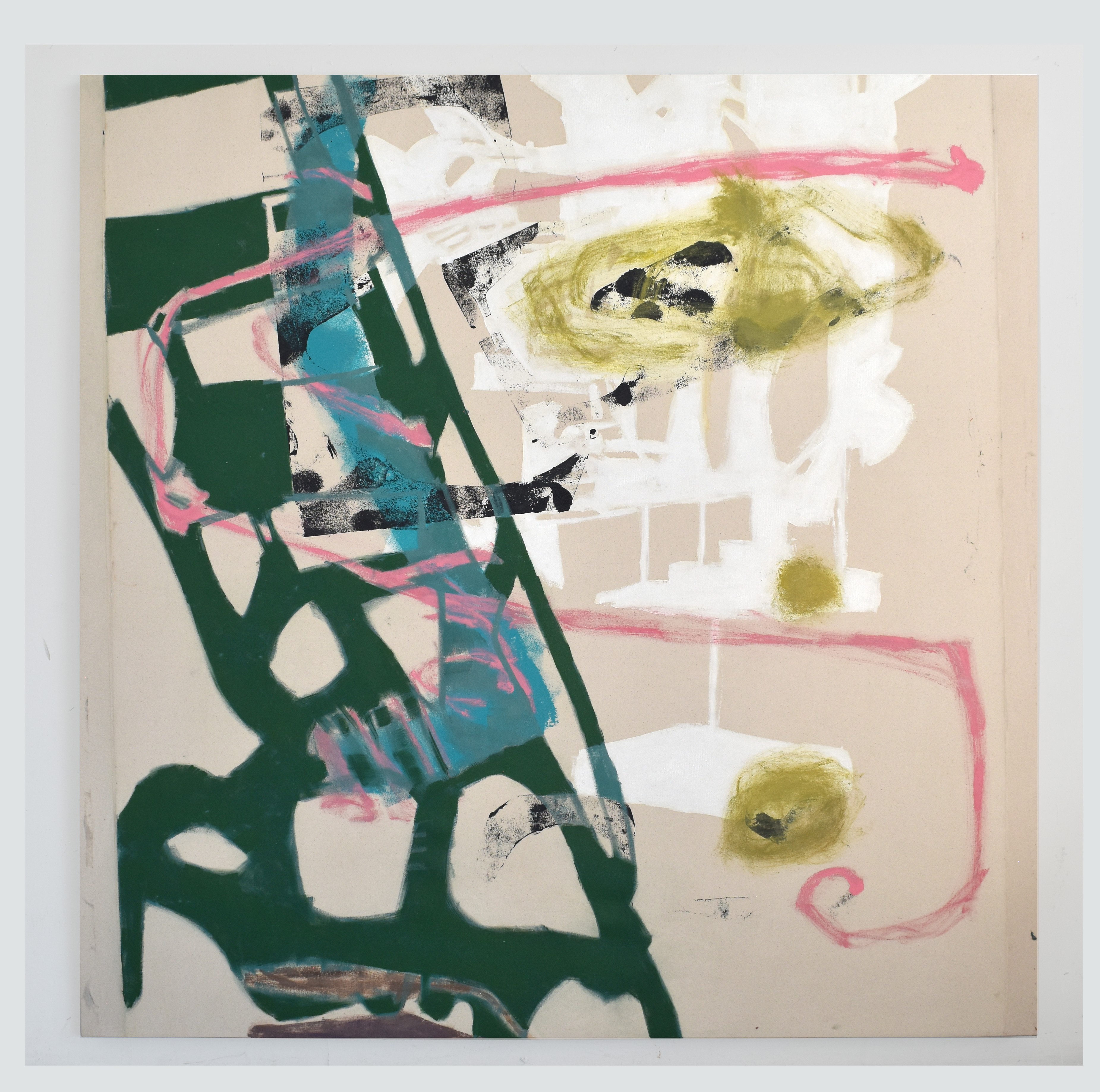 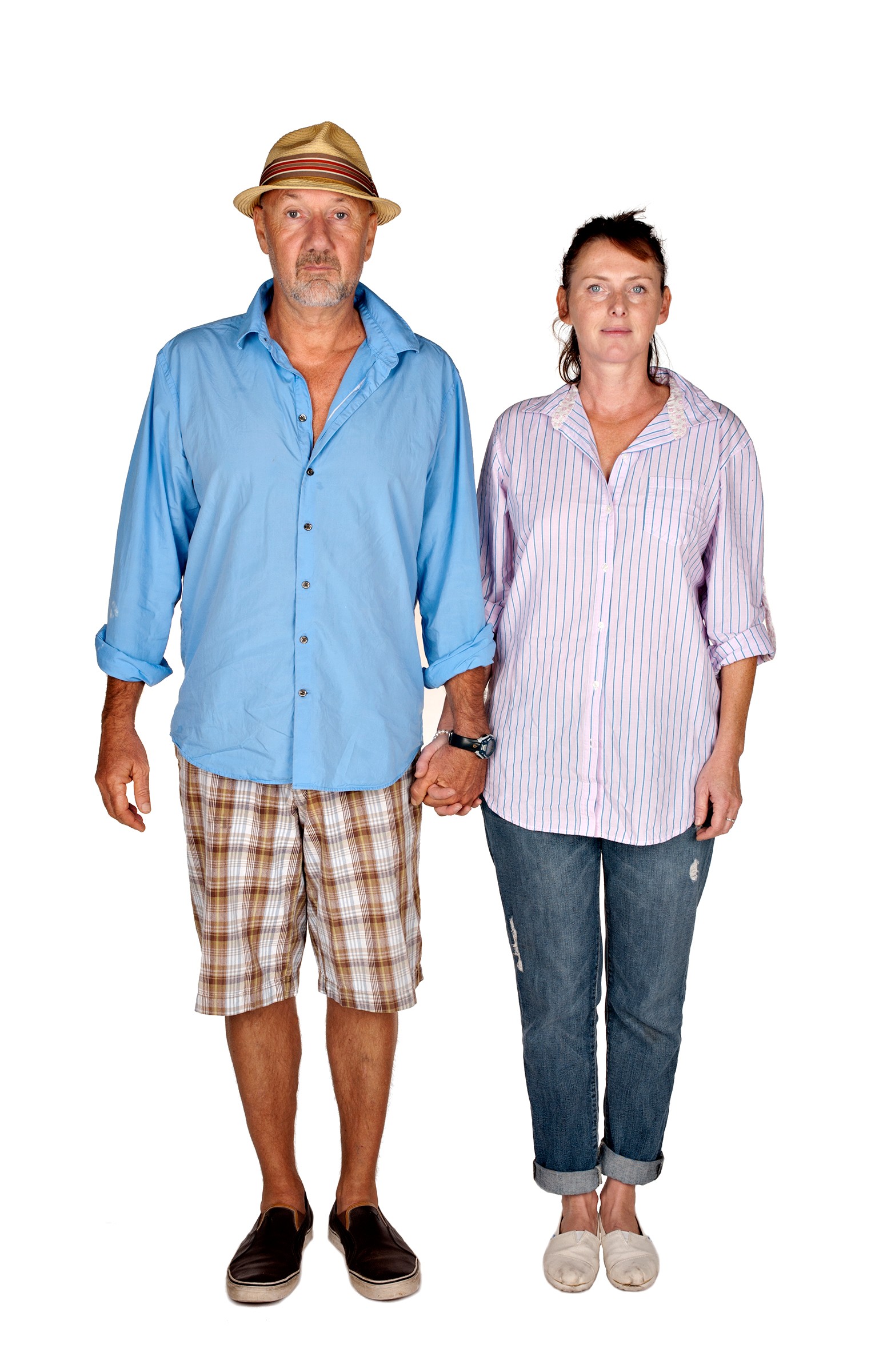 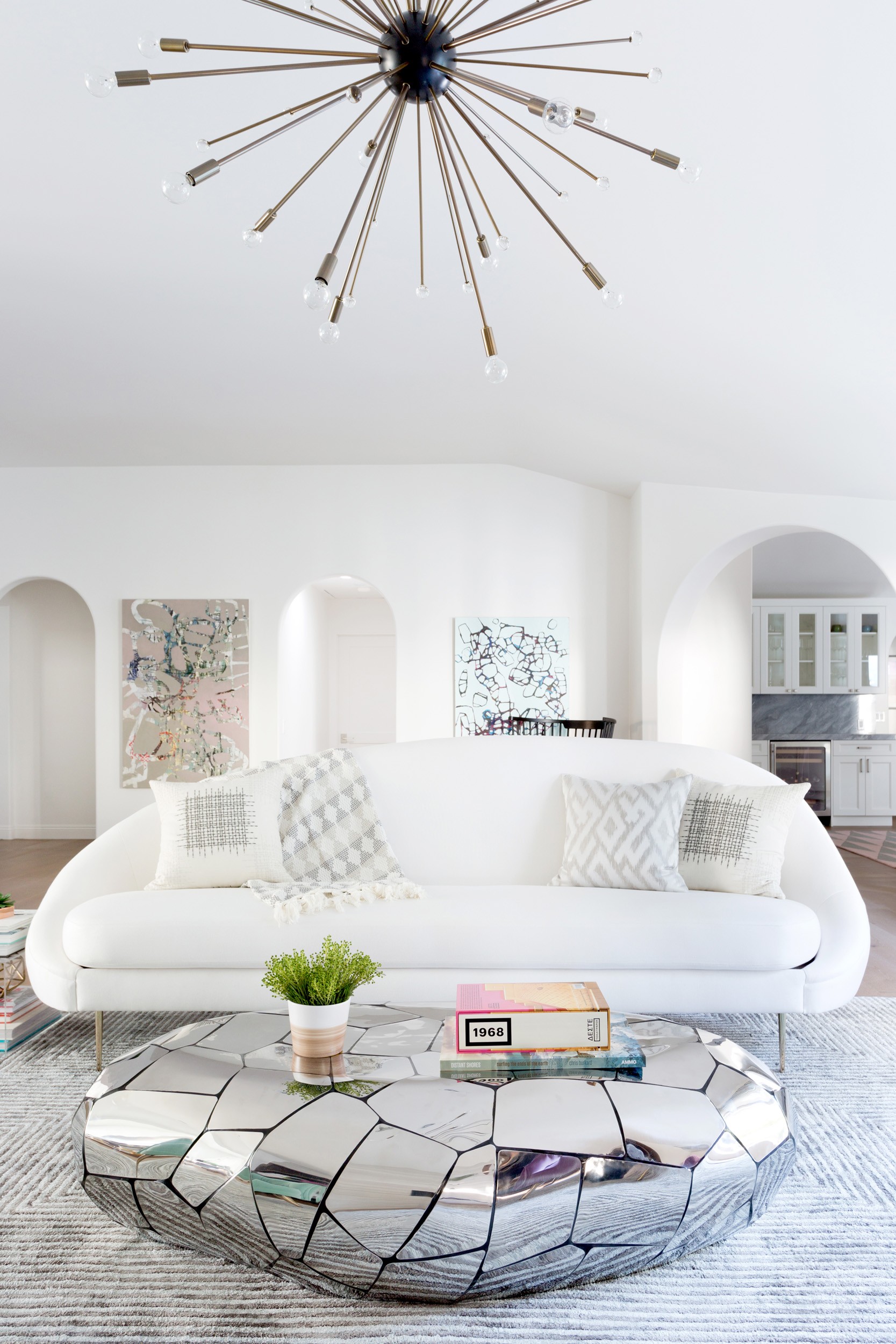 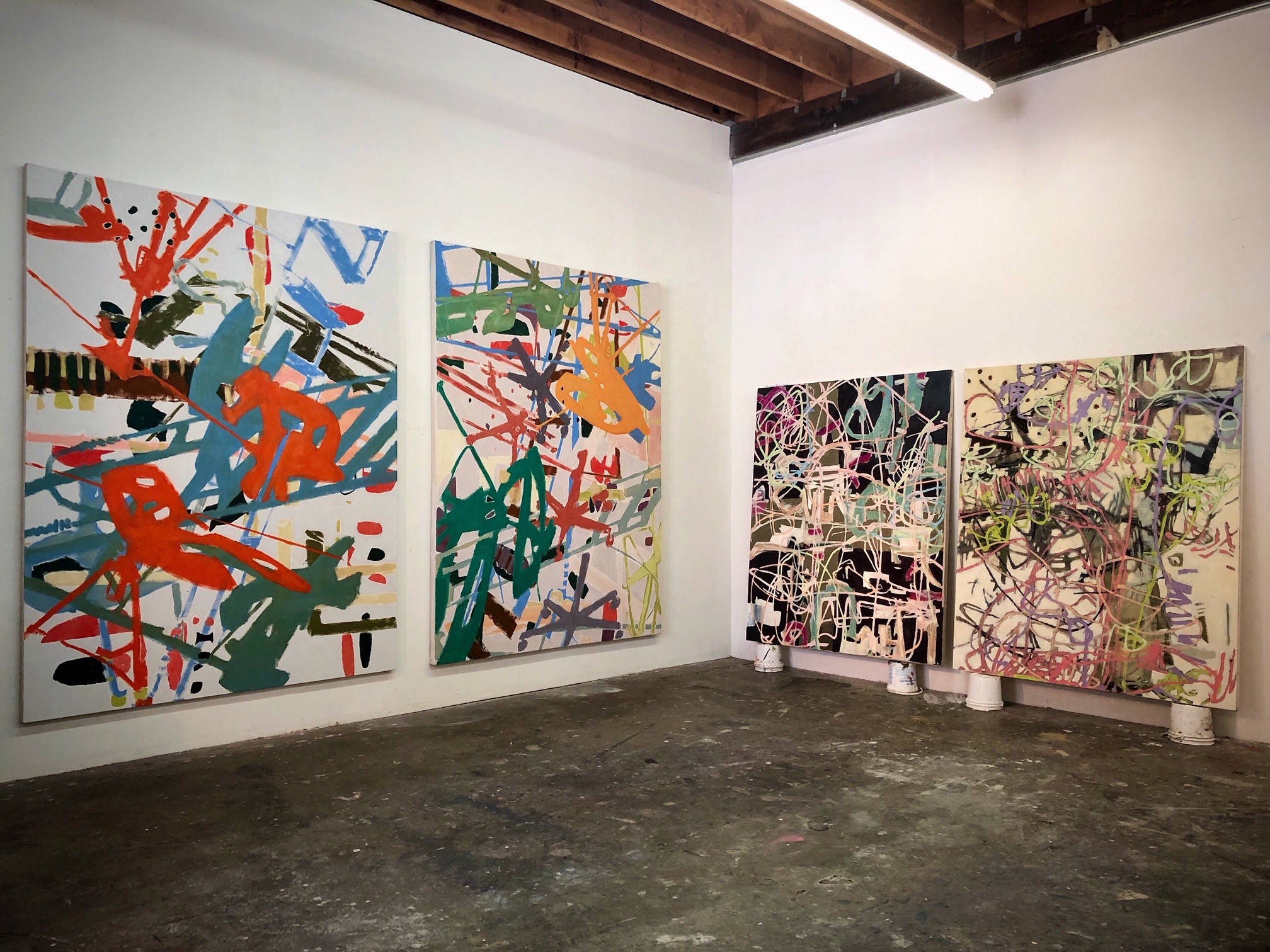 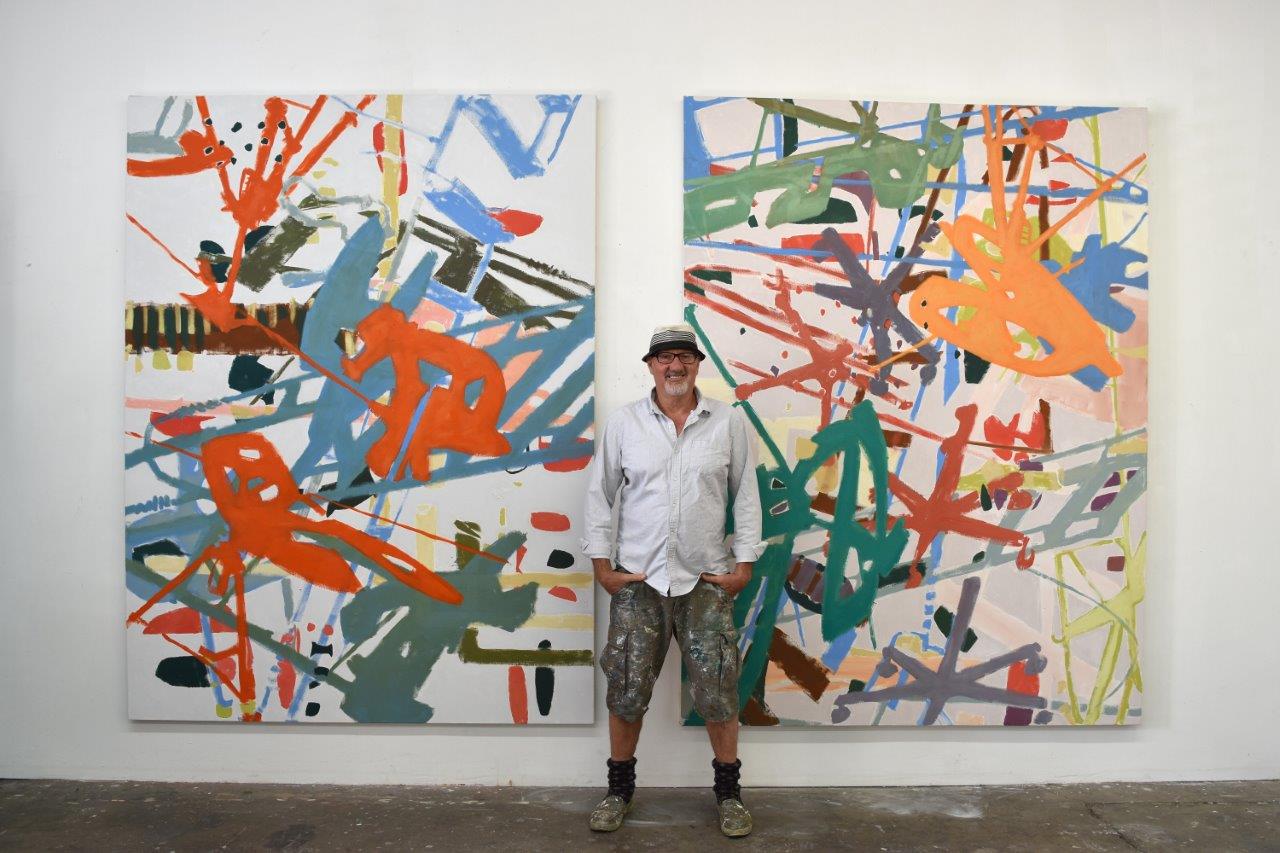 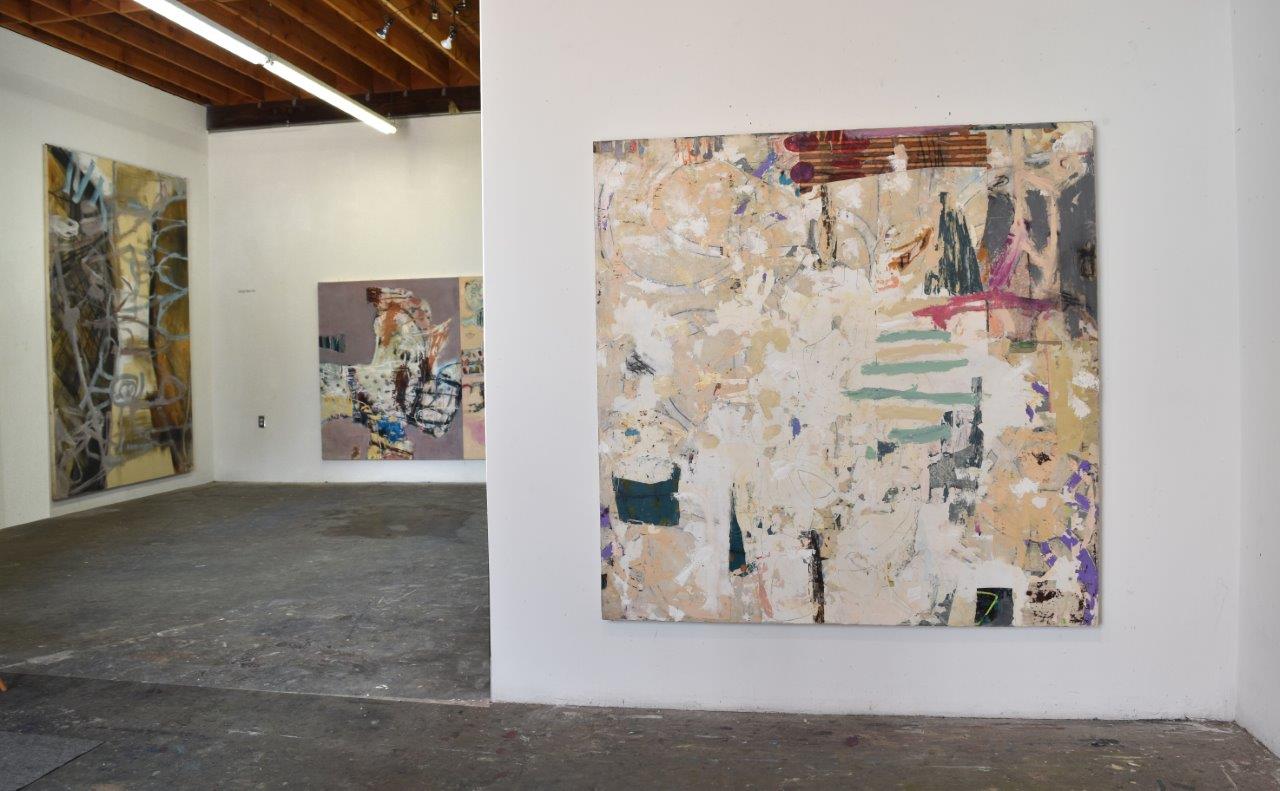 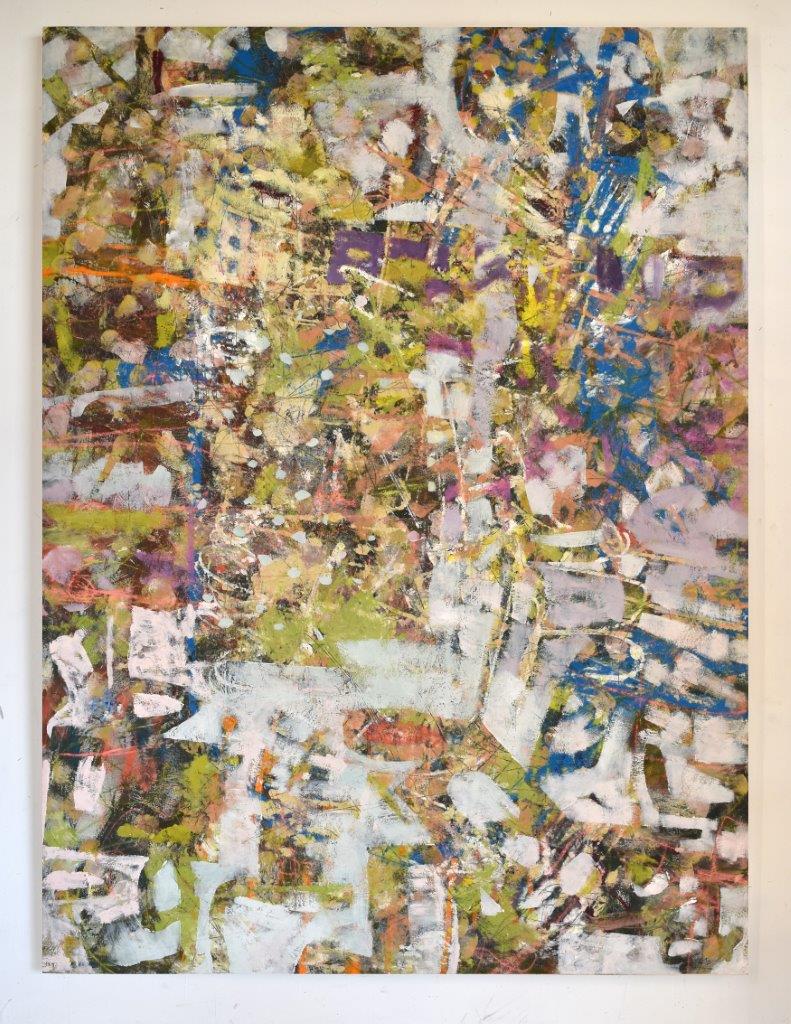