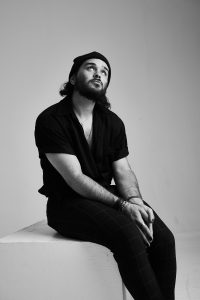 Today we’d like to introduce you to JD Venter.

Hi JD, please kick things off for us with an introduction to yourself and your story.
Well, I grew up around music. My parents were in a hair metal band and then my dad became a pastor so we moved around Socal quite a bit until we landed in Rancho Cucamonga towards my Jr. Highschool years. I was influenced by Funk, Church and any music I could get my hands on. I had knew from a young age there was a correlation between what I call “The Soul and The Sound” Which is basically saying what you mean and meaning what you say within your art. I learned this through being called “Poodle head” or “Caveman” As a kid growing up. It definitely hurt at the time but it’s honestly kind of funny now. Truly because I felt like I didn’t fit in church or in school and that only drew me closer to music and all performing arts. I have been fighting and competing throughout most of my life as well from TKD, Kickboxing, Wrestling, Boxing, etc. and I feel the same tinge of performance in these sports as I do on a stage or creating work. I started my first band in Jr high school called Palace in Ruins. Which ended up touring and playing shows with 2,000 plus attendees. It was a great and terrifying experience being we played in the Hardcore and Metalcore scene at the time and had our fair share of dangerous and fun experiences. I love the feeling of freedom on the road there really is nothing like it. During this time, I was still in high school and the rest of my band had graduated so I had to take my homework on the road with me and ask them for help.

My ex-bandmate Jake Markow who currently manages up and coming Rapper $not, was a crucial part of making this all happen. It was during this time as well I had discovered a love for acting. I had been kicked off my wrestling team so I had to pick another elective and the only thing open was drama. My acting teacher had me do a scene from “Equus” of all shows and I instantly fell in love. It had reached down to the empath inside of me and did not let go. I ended up acting in theatre in and out of my high school from local theatre to competitions. This leads me to attending the American Academy of Dramatic Arts where I learned Tv, Film and Theatre acting. It was a rollercoaster ride of an experiences from being in theatre companies, getting signed to my first agency and then management, as well as dealing with addiction, band/roommate issues and general life in Hollywood right off the strip. This began to breed something. I lived in the noise. This noise without my knowledge was beginning to create a new inspiration that had lived in me all along and that was my calling to play the music I grew up on. Funk, Soul and Rnb. Miz of Long Beach radio Stated “JD is a California Soul Baptized in the River of Funk” This was to become my current group Gold Shimmer. We started officially in the summer of 2019 playing our first show at the Satelite (We loved this place). This leads us into playing LA shows with local acts like The Haunts, Pacific Radio and many others.

One of the most notable was playing in front of George Clinton at the Peppermint Club in one of the most interesting shows I have been a part of. Before Covid, we were on a roll of releasing music and playing in notable venues of Arizona, Brooklyn, Charlotte and many others and when that happened, I think we felt as everyone else did as the world stopping. During this time, we did make a great connection with many great San Diego artists and locals who helped us not only understand more of our music but ourselves as well. Recently we have been back to releasing music and cant wait to be back playing shows! I currently record and produce out of BlacknGold Studios and my band consists of Joshua “JJ Braves” Keever on Keys Lance (Lucha) Bass on well Bass my self Jeff (JD) Venter on guitar songwriting and vocals and Michael (Mikey) Altier on drums and percussion I love these people with all of my heart. In short, I truly hope my story can inspire others that you don t need all the connections and money in the world to get started. You just gotta Jump in. I am currently looking to connect and support my local LA artist and would love to hear from you! Feel free to reach out to my handles below. With so much love, Jeff “JD” Venter and all of Gold Shimmer.

We all face challenges, but looking back would you describe it as a relatively smooth road?
Not completely. (Laughs) I feel like it’s never easy but you do this because you love it and you can’t imagine yourself doing anything else. From the rejection and haters, it seems more difficult than it actually is. But If I could go back to younger me in big auditions or before Live performances, I would say “Breathe buddy, You really are going to be ok”.

As you know, we’re big fans of you and your work. For our readers who might not be as familiar what can you tell them about what you do?
Besides being the frontman of Alt -Funk’s Gold Shimmer, I understand performing on a different level because of that fact I have performed not only with dance, acting, music. I have also performed with sport as well which I feel people forget that there truly is a performance to that as well. I have written and produced with different artists and I feel like my superpower would be finding the tough line of the work and what it truly means the artists. Because Singers sing songs and I feel artists hold a mirror to themselves and reality and this dedication creates classics.

Who else deserves credit in your story?
So many people. My parents and sister for supporting me and believing in me. Radio fire records Frank Mons, Josh Keever, Luke Schopef, Guthrie Melchadie those guys help me make all of this possible and are some of the best friends I have ever known. Joe Garcia for teaching me more about life and the craft of acting then I think he knows. Love you Joe. Shalev Anon and Nathanel for helping me create the soundscapes and emotional journeys. Mitchell Manburg and Artyone Turner for helping me start this musical journey. Gretta for being our first fan. High from friends and Ant Powell for covering us. Chris Fields for teaching me how to live truthfully. Hudad my therapist, Blackngold studios, friend and mentor. 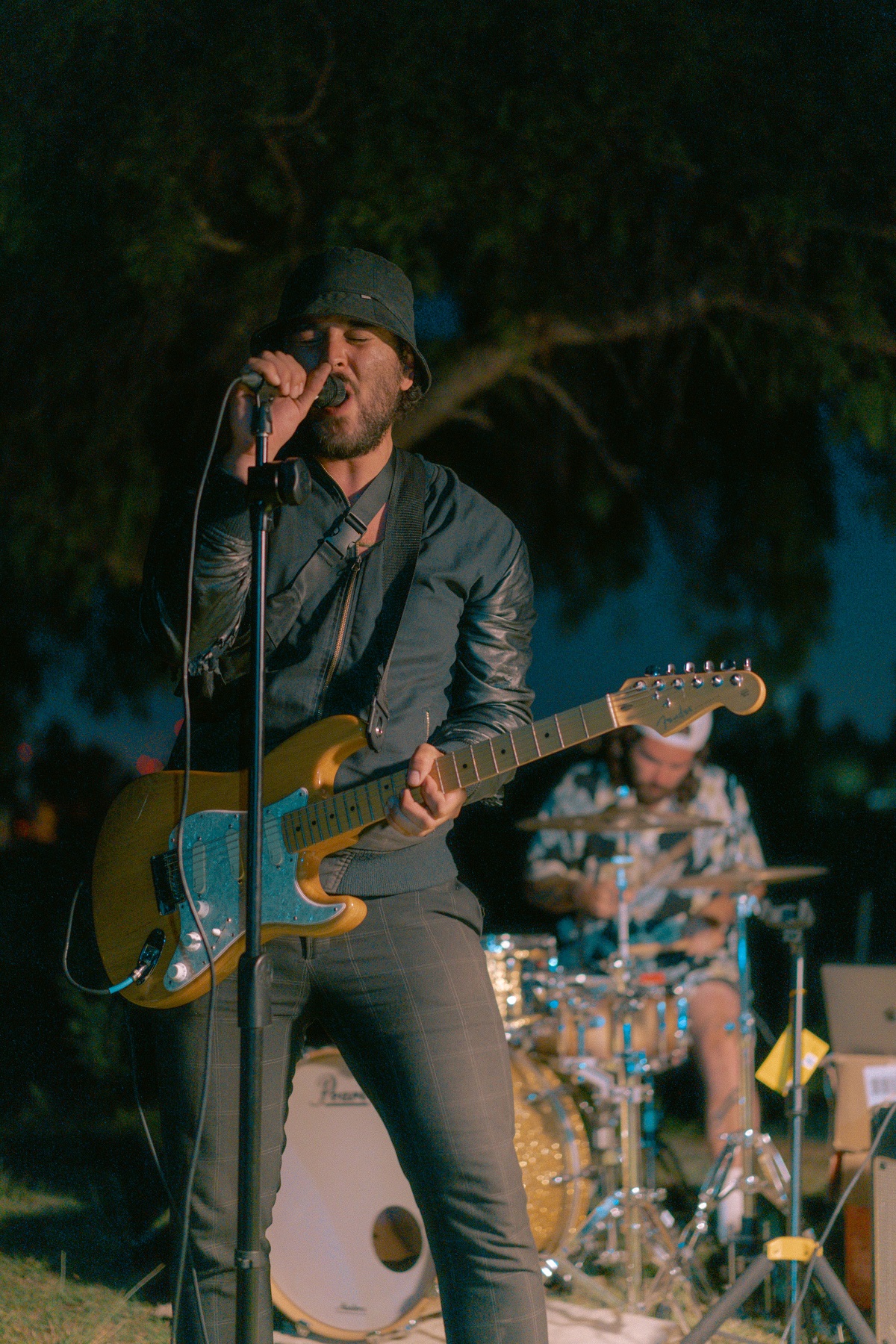 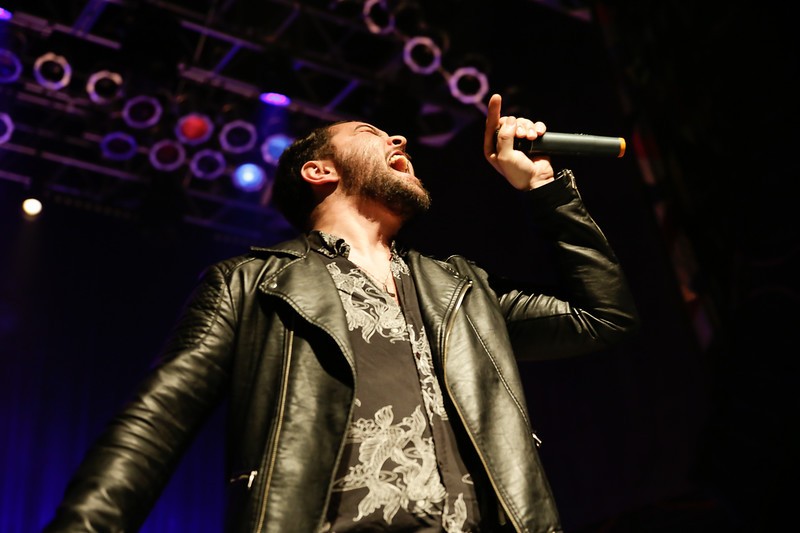 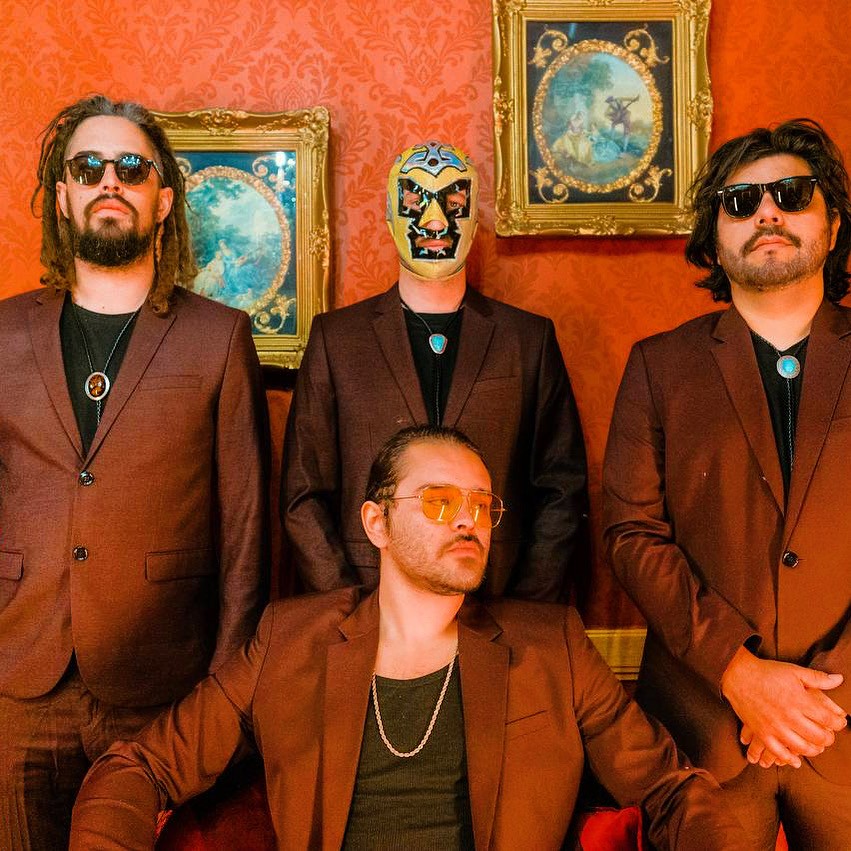 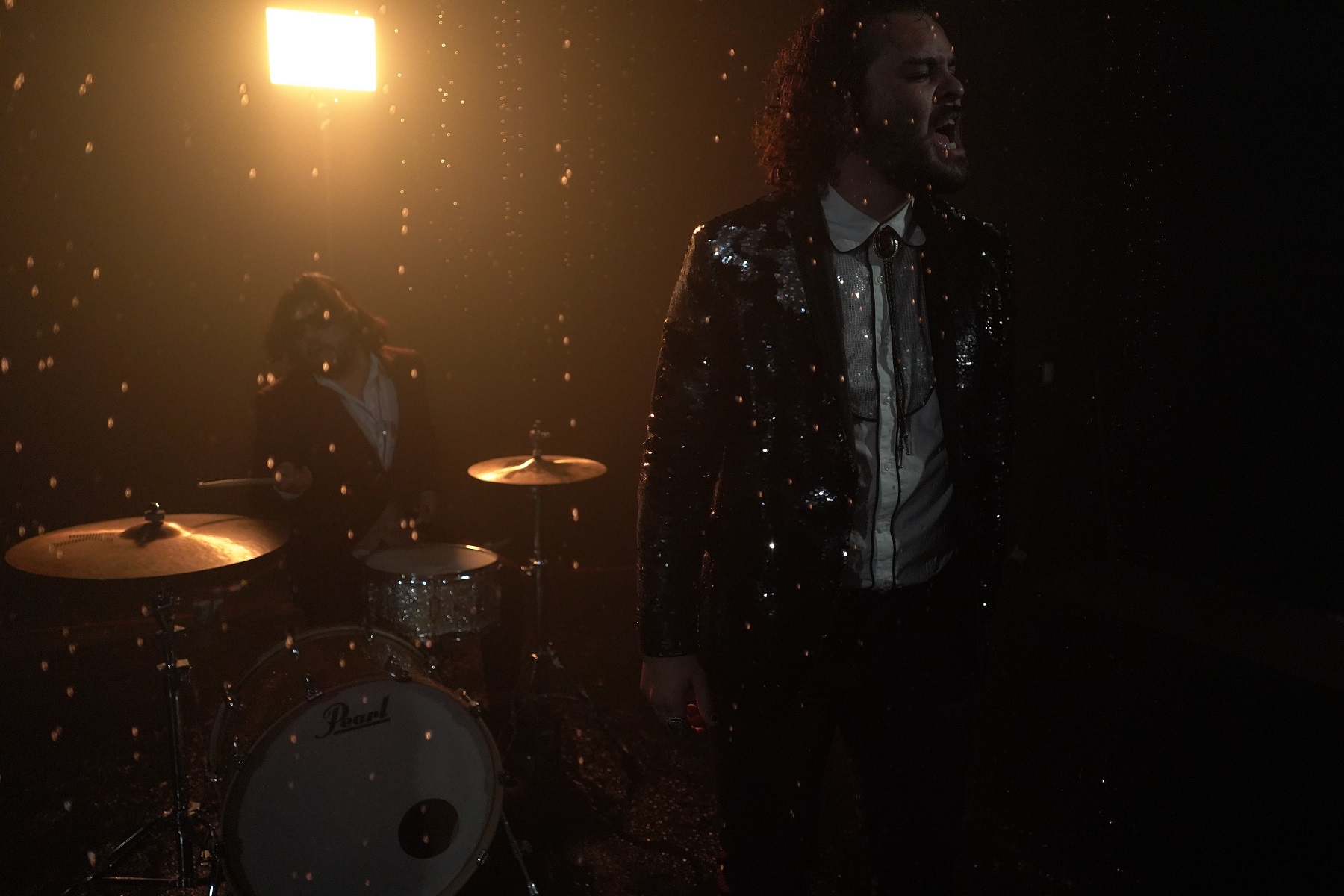 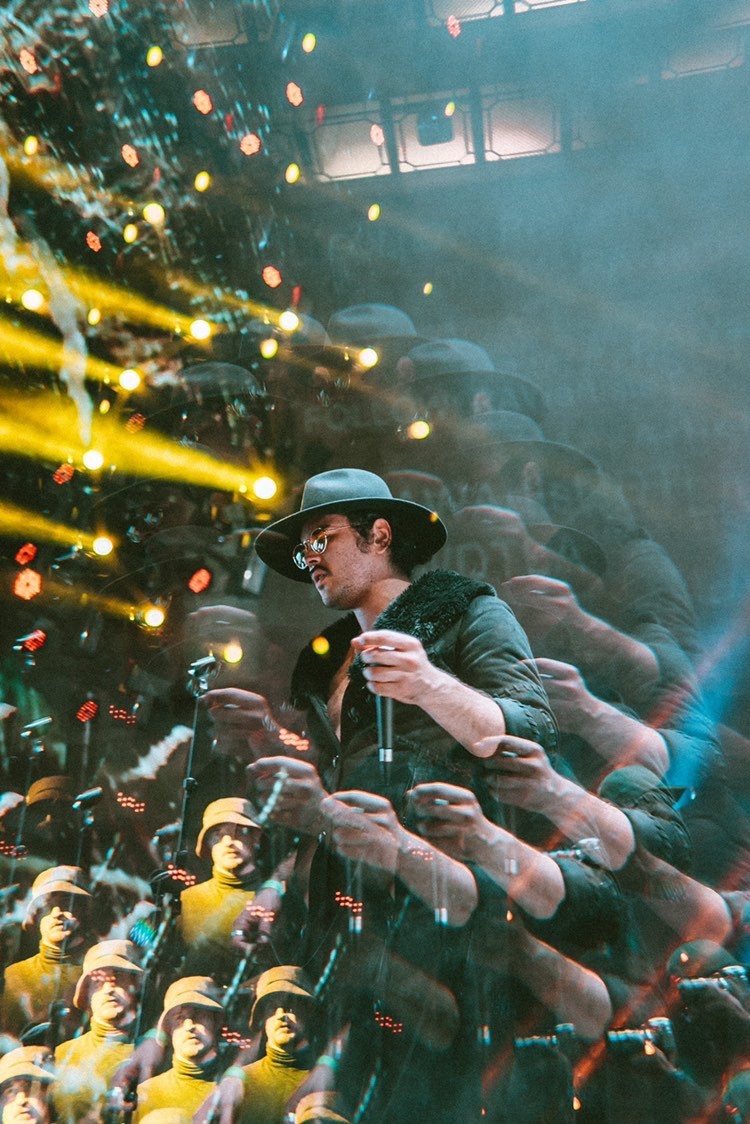 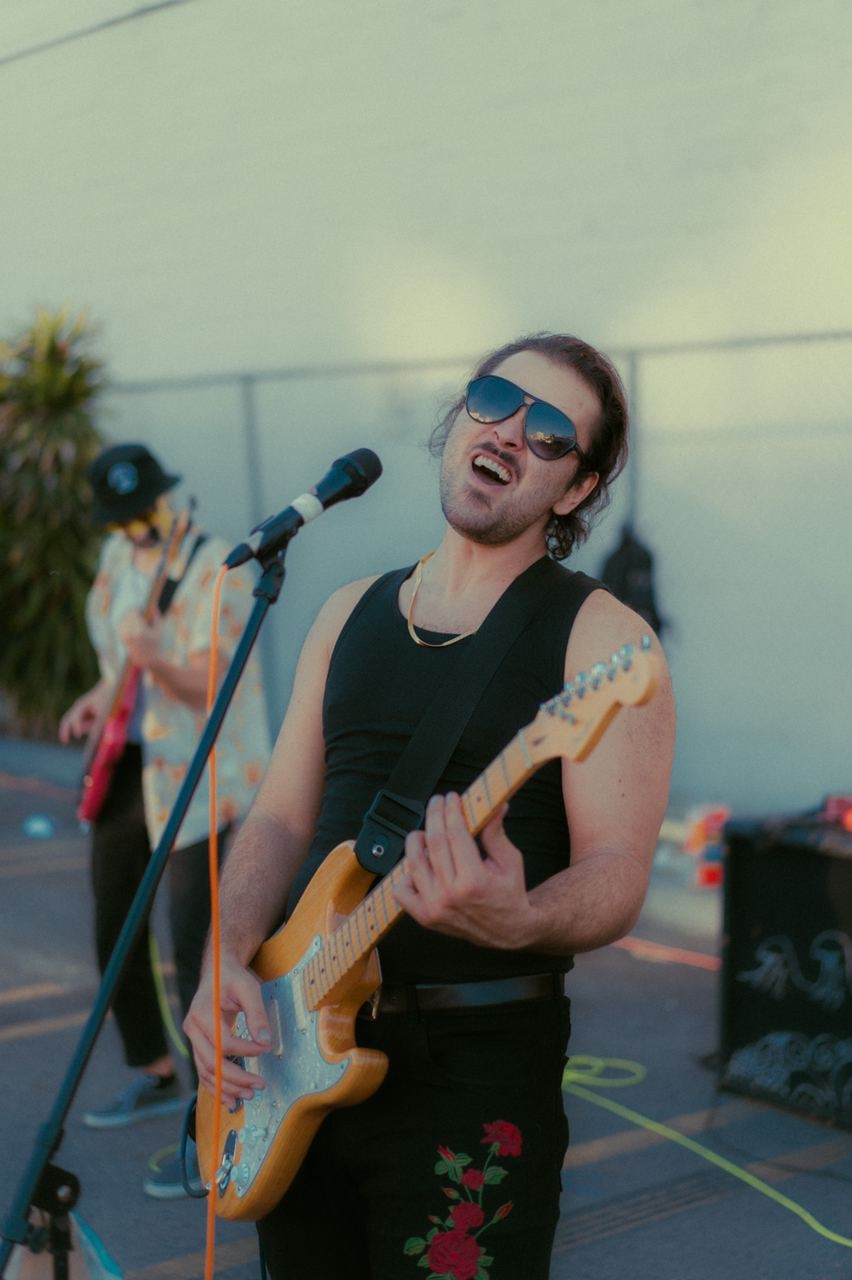 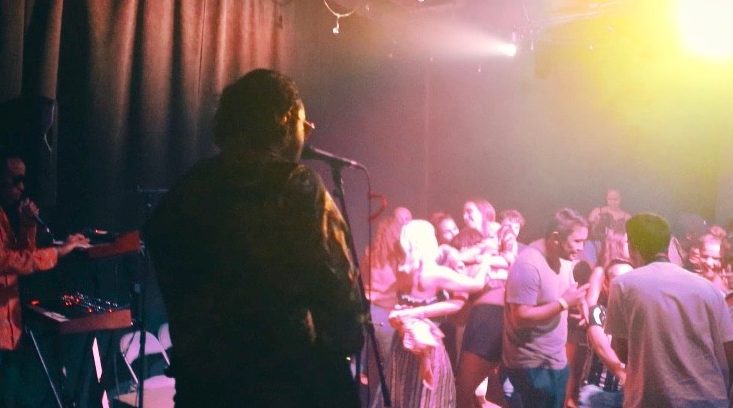 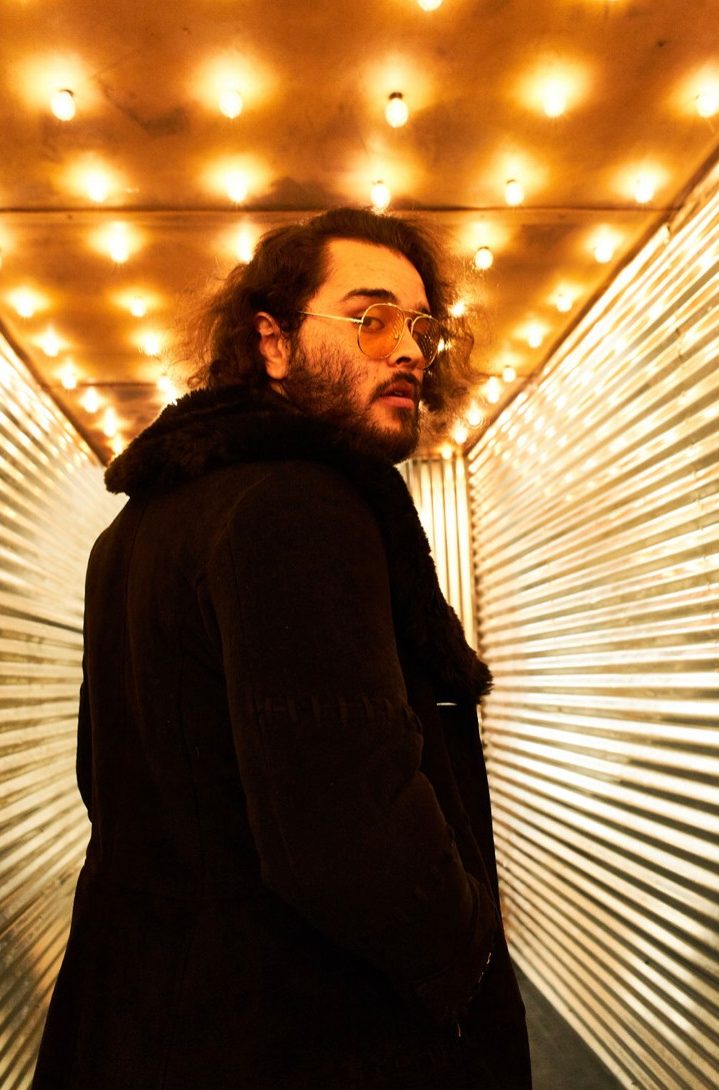