Conversations with the Inspiring Stephanie Mutz and Harry Liquornik 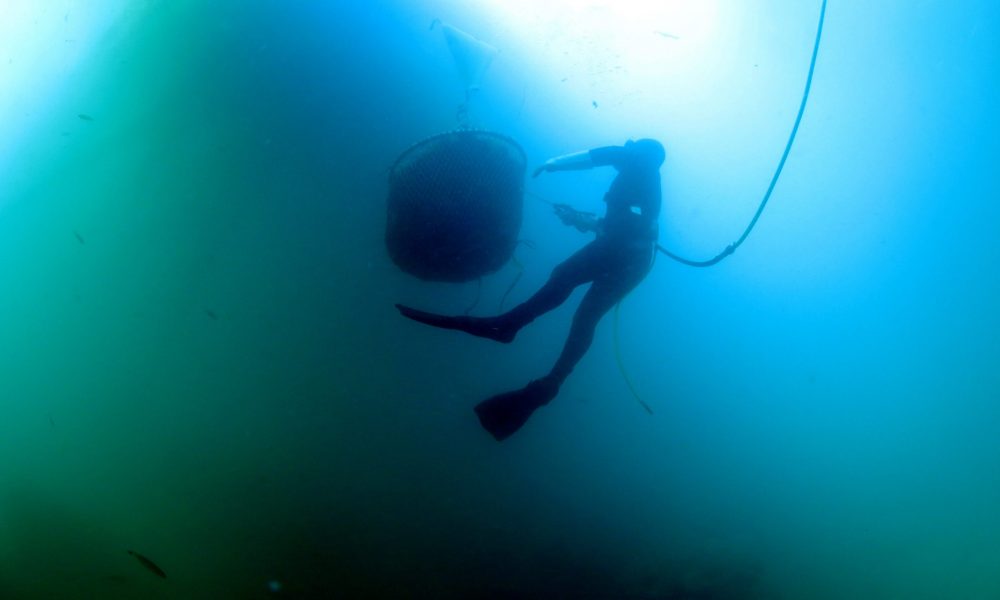 Today we’d like to introduce you to Stephanie Mutz and Harry Liquornik.

Thanks for sharing your story with us Stephanie and Harry. So, let’s start at the beginning and we can move on from there.
Sea Stephanie Fish, as we know it today, was born over a shot of tequila at Brophy’s bar at the Santa Barbara harbor a few years ago. Two Santa Barbara sea urchin divers, Stephanie Mutz, and Harry Liquornik, on the same page with future business goals, realized that their individual direct marketing businesses were too big to manage solo and merged their businesses. Sea Stephanie Fish was the more known business name of the two so that one stuck.

Harry has been in the commercial fishing business for over 30 years. An original ‘Mesa Rat’ growing up in Santa Barbara, he was 18 years old and enrolled in the commercial dive program at SBCC thinking he would pursue underwater welding. As he was going to school, he watched the abalone and sea urchin divers go to work with surfboards strapped to the roofs of their boats. As a notorious big wave rider, he wanted a job where he could surf while he worked. He didn’t last long at SBCC. He started to deckhand on boats and eventually earned his abalone fishing license in the lottery and bought a sea urchin fishing permit. Harry was immersed in both fisheries until the commercial abalone fishery closed in 1997. Since then, he has been fishing sea urchin and selling to the processor to be packaged in wooden trays. Harry had always had a great interest in appreciating and looking out for our limited marine resources and wanted a bit more control over his markets and provide more local access of his catch. This led to his direct market strategies selling directly to restaurants.

Stephanie didn’t start in the industry until her late 20’s. She was supposed to be a college biology professor until her fishing problem got in the way. She does still teach part-time, but her full-time job is commercial fishing, and predominantly sea urchin diving. Growing up as a beach bum in Newport Beach, she would always tell her dad that she never wanted a job where she had to wear pantyhose and sit at a desk. So far, so good! When Stephanie initially won her sea urchin permit in the lottery, she was only selling to the processor. At that time, most sea urchin divers were making a living harvesting 3000+ pounds a day and she could not come close to harvesting that amount due to the grueling physical demand that sea urchin diving is. She realized she had to increase the value of her catch and focus more on quality and not quantity. Harvesting less for more value also coincided with Stephanie’s environmental conservation values, while being able to make an honest living.

Sea Stephanie Fish is focused on providing access to quality seafood harvested in a responsible way while building relationships with our local community. We fish out of Santa Barbara and deliver weekly directly to consumers and restaurants all over Los Angeles, Costa Mesa, San Luis Obispo, and Santa Barbara. We frequent San Francisco several times per year due to popular demand.

Has it been a smooth road?
Of course, it has not always been a smooth road. Mother Nature ultimately calls all the shots. The learning curve has been a steep one while Mother Nature and the weather have thrown us some curve balls. It’s called fishing, not catching. Sometimes the weather is so bad that it is more profitable to stay in bed because people and things are more likely to break in compromising seas. Luckily, there are many more good days than bad ones. There is plenty of sea urchin in the ocean, although it can be difficult to find the good quality sea urchin. This is due to many ecological factors, including some that are human influenced. The ecology of the marine system is complex, and the more we learn, the more we figure out how much we don’t know. There are very strict regulations and rules in California to make sure the marine resources endure these changes. Advice for anyone: make sure you love this job and have thick skin because when people are intimidated by your strength and happiness, they will try to tear you down and break your spirit. Just remember that it is a reflection of their weakness and not a reflection of you… keep going!

So let’s switch gears a bit and go into Sea Stephanie Fish story. Tell us more about the business.
Harry and Stephanie are equal partners in Sea Stephanie Fish and are commercial fishermen that focus mainly on diving for sea urchin. We provide access of our catch to our community by creating direct markets where we sell our catch directly to consumers and restaurants from Costa Mesa to San Francisco and everywhere in between.

Who do you look up to? How have they inspired you?
Harry: Danica Patrick for accomplishing so much in racing cars. She was very successful, very young in an industry run predominantly by men.

Stephanie: Katherine Hepburn because she did what she wanted the way she wanted it and didn’t have a care of what anyone else thought. She was oozing in confidence! 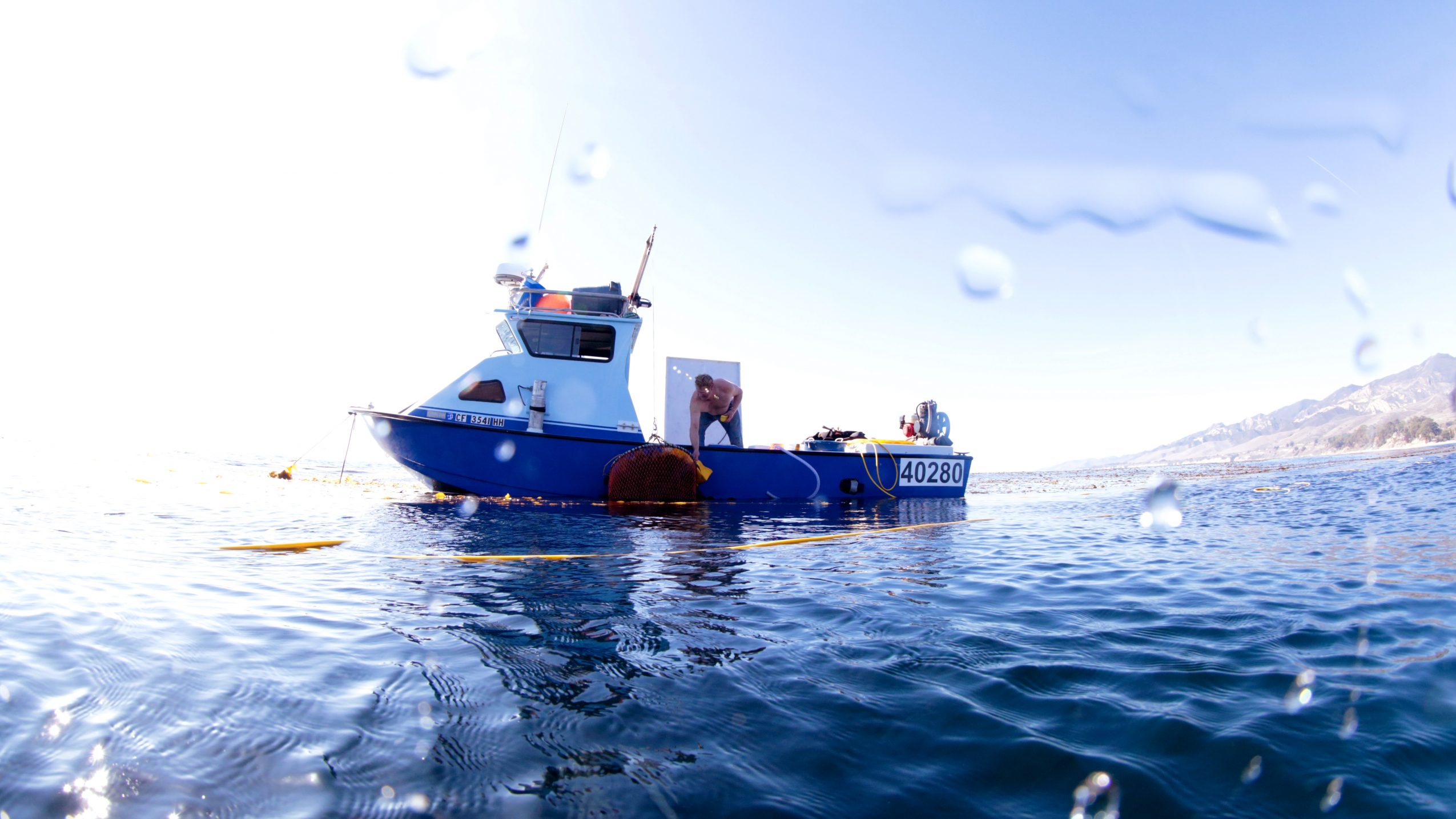 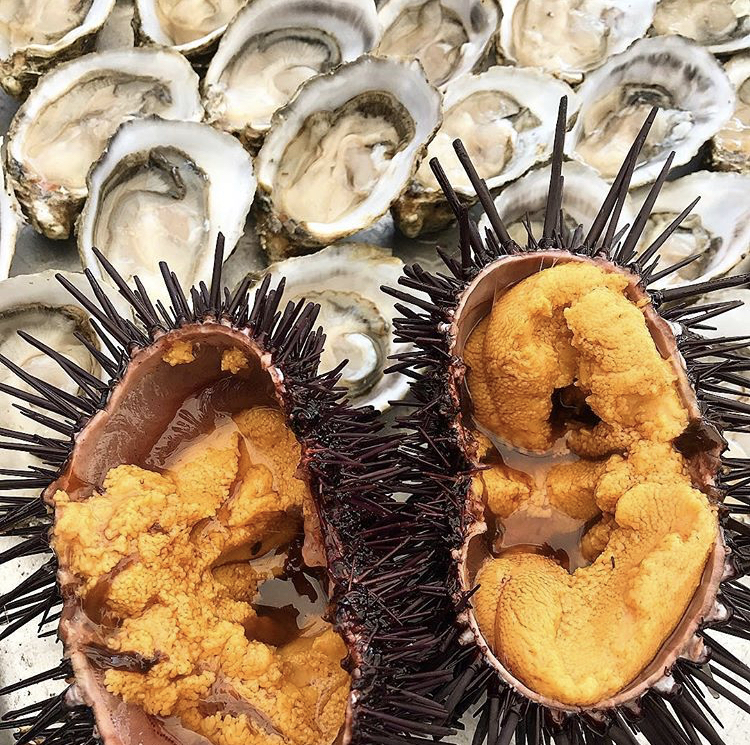 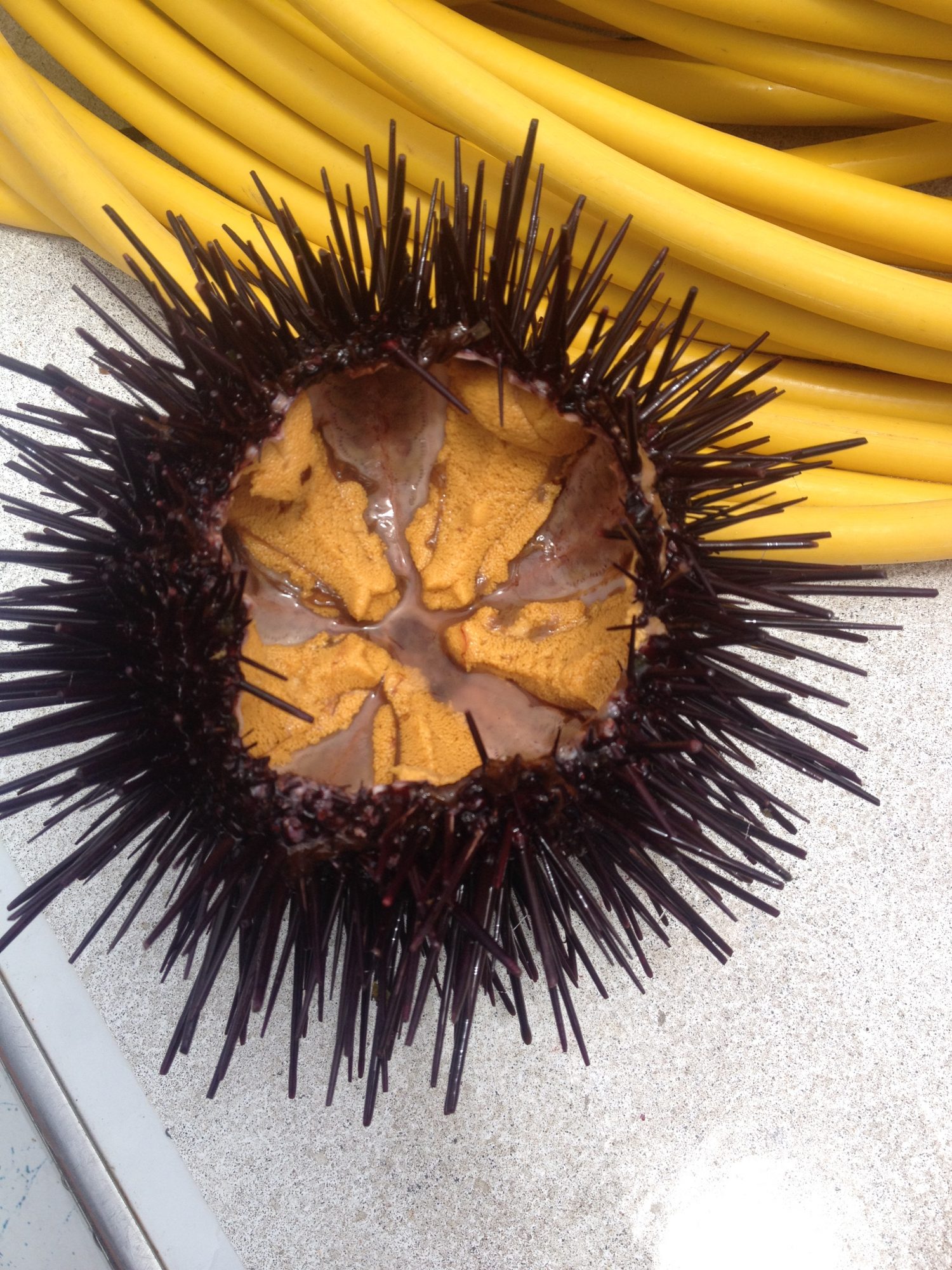 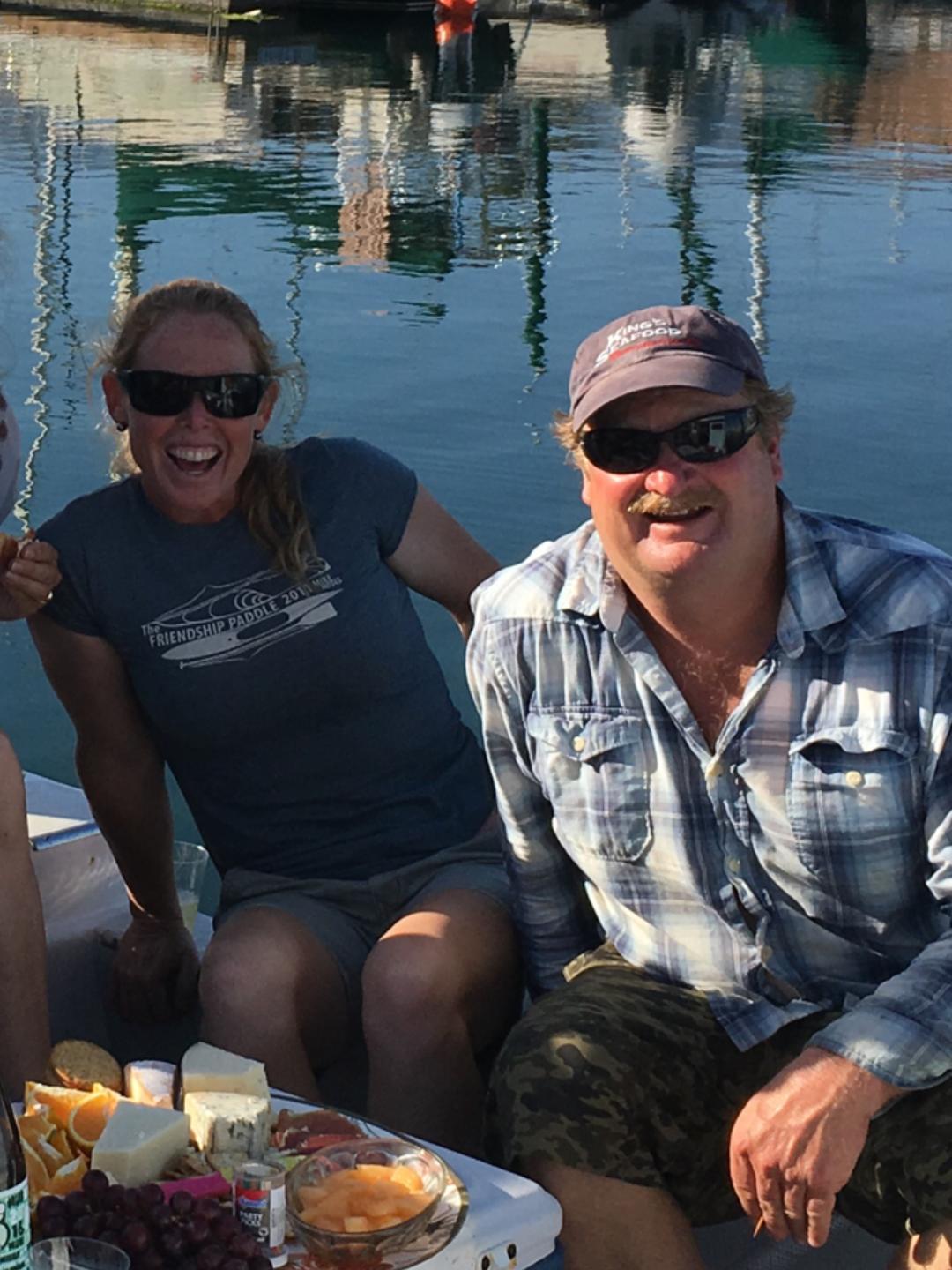 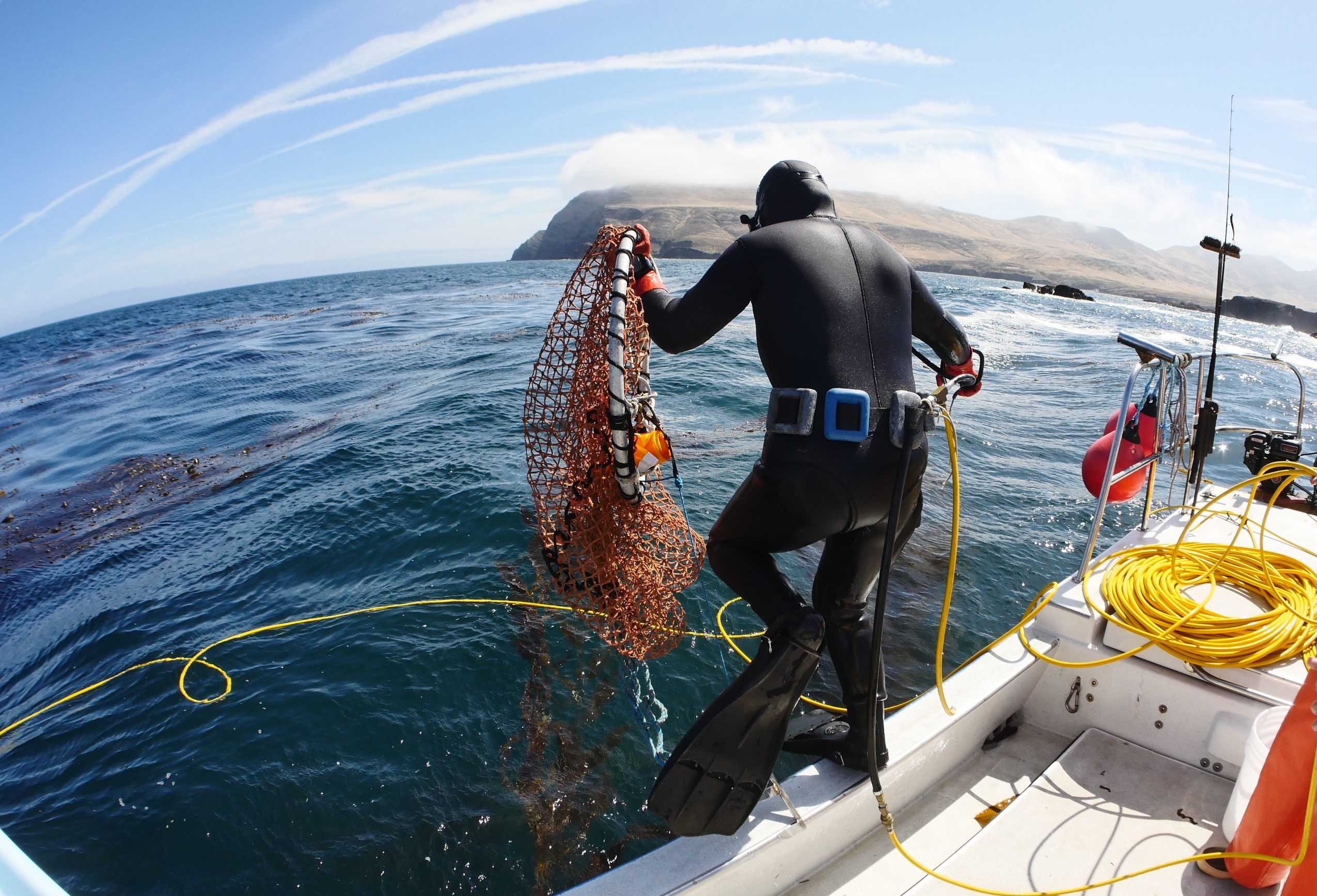 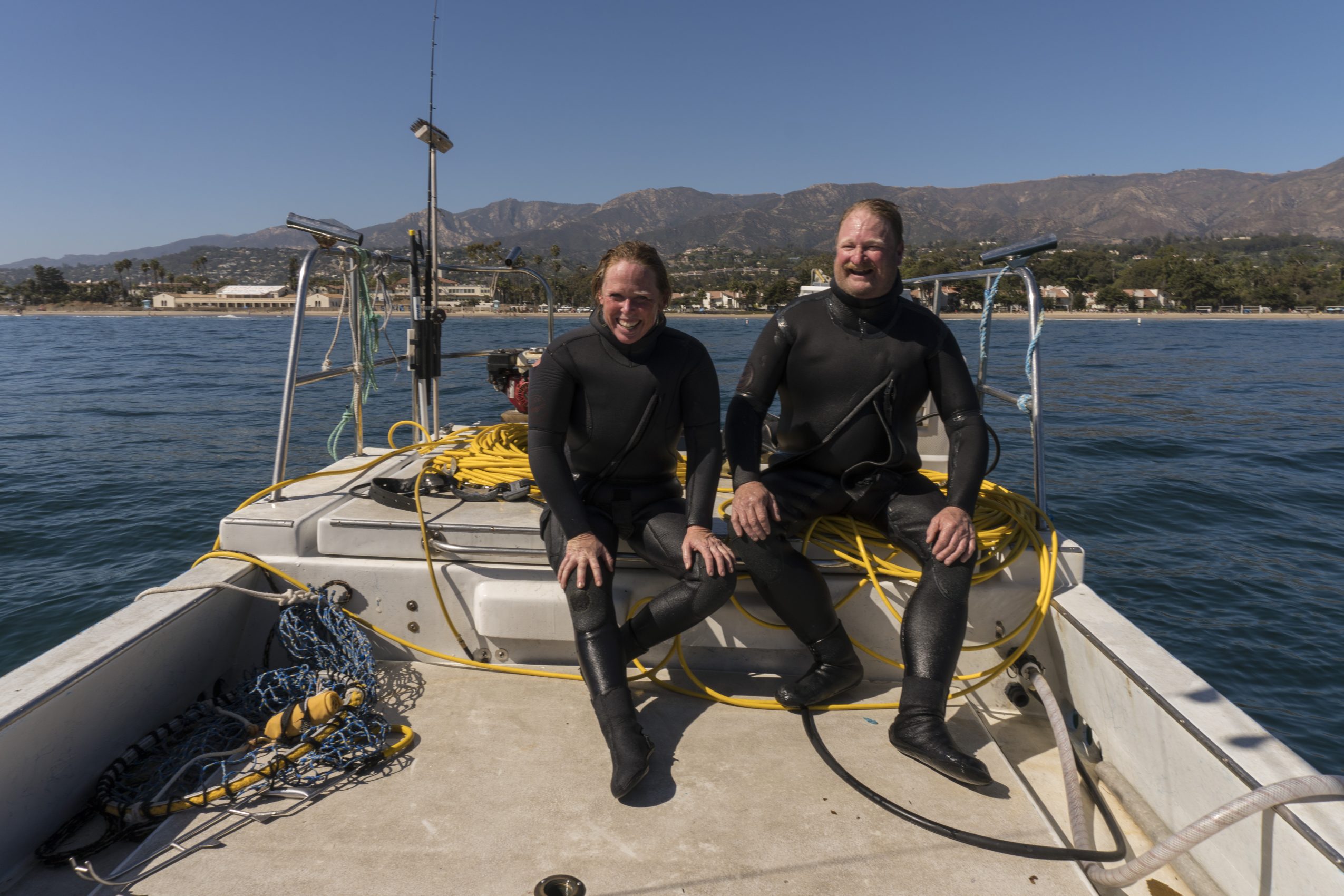