Conversations with the Inspiring Ryann Ferguson 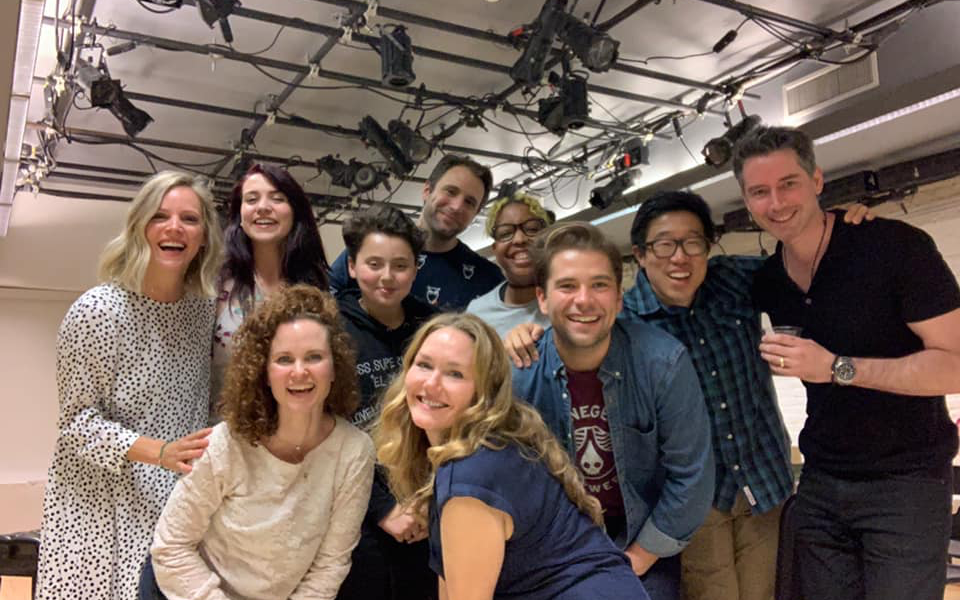 Today we’d like to introduce you to Ryann Ferguson.

Thanks for sharing your story with us Ryann. So, let’s start at the beginning and we can move on from there.
I always wrote — even as a little kid, I made up languages and came home every day from school between the ages of 12-16 to write a novel– but I got my career started in musical theatre in New York. I worked on various Broadway productions and had a musical off-Broadway with my writing partner, Steven Jamail. Eventually, my wanderlust called to me again ( I had already lived in Las Vegas, Texas, Tokyo, and Seoul by that point) and I went to Scotland to do a masters in creative writing, where, in addition to having the time of my life and writing more than I’d ever even come close in New York, I also met my future husband.

After two years in Scotland and London, I moved back to the US, but the sunshine of the city of my birth was too big a lure and so I came back to Los Angeles, where I’ve been for the last eight years. My community in LA feels the most solid of any community I’ve ever had. I’ve been able to run my own business– a boutique production company– in addition to writing and pitching TV shows and fostering the projects of others. A huge part of what my production company, littlewow, does is help people execute their vision– be it scripts, sizzle reels, proof of concept, pitch decks, etc. A lot of people have great ideas and energy. They just need those last pushes and expertise in execution to get it into shape. One of the best things about my theatre training is how much time I invested in dramaturgy. It’s really come in handy coaching people on their scripts.

I still write musical theatre and fiction as well. I have a novel forthcoming (stay tuned on that info!), a short film to coincide with it, and an animated family feature musical all in development. What a strange time to be pitching and fundraising for projects! Last year, everybody fired their agents and staffing season was a crazy weird free-for-all and 2020 started as a very different prospect than it now appears to be. Who knows when normalcy will ever return to the entertainment industry– if things were ever stable. I’m just glad that a lot of my work for my clients can be done over the internet. But if you’re using these Corona-times to finally write that thing you’ve always wanted to write, I can help you!

Has it been a smooth road?
I actually laughed out loud when I read that question. Wow, NO it has not been a smooth journey. My parents always said I was born 35 years old, so I’ve spent most of my life feeling like an alien at worst and misunderstood artistically at best. Aspects of it have been smooth though. I have always found a select group of blow-your-mind talented collaborators who very much got what I was trying to say. My musical theatre writing partner Steven Jamail, my TV writing partner, Autumn Withers, actors have always seemed to get me and support me, my dad, my husband, and some of the people in my Buddhist community.

Even well into my thirties, I find being a woman working in the arts (and probably generally) a very patronizing experience. People really love to put young(ish) women into boxes and to underestimate them, which feels like a straitjacket sometimes. So many times, as soon as I can get the momentum going, something insane happens to thwart my efforts. I’ve had projects stolen, sabotaged, and I’ve been outgunned by bigger entities more times than I can count. Most recently, a major breakthrough in my career is being derailed by COVID-19. I try (and don’t always succeed) to avoid drawing any larger conclusions about what some bad luck “means.” I don’t know that it means anything. Other than life is the weirdest, which is great news for writers.

My advice for young women starting out is that the more anyone says things are becoming more equal, the likelier it’s all just lip service. Those of us who are seeking equal representation and equal respect have to remain vigilant and likely always will. What people say and what they do are two completely different things, and you pretty much have to base your trust levels with people on the ways they show up, not any kind of sales pitch or verbal commitment. And that’s not even because they have any malicious intent. People’s excitement or their ego leads them to say all kinds of things. The other thing I would say is… pay attention to where the energy of a thing is. Some things really do and can run smoothly. Some projects just fall into place easier than others, some partnerships just yield exponential results. It’s not that you shouldn’t keep pushing forward with an elusive project that you can never quite seem to get right, but don’t let the energy of feeling stuck crowd out the energy of things that are moving and are begging to come into the world.

The last piece of advice I have is the best piece of advice that was ever given to me as a young woman in show business. It came from super-agent and all-around mensch, Sarah Douglas. And it is: The most important decision you’re going to make in your life is who to listen to. Whose opinions to trust about you, about your work, about how the world works. Almost everyone is going to have so many opinions about who you are, how talented you are, what your brand should be if you’re any good if you’re pretty if you’re smart, and how to play the hand you have in life. Even knowing this myself, for a long time when I was younger, I listened to people who discouraged me. The world and its standards felt very confusing to me and I felt like the whole world was gaslighting me. Only in the last few years was I really able to see what other people had to gain by discouraging me, and I stepped out of other people’s definitions, rules, and excuses for how I could succeed. Now, I listen to mostly just to me, and a few trusted folks I know understand the vision I have and the kind of art I want to put into the world.

We’d love to hear more about your work and what you are currently focused on. What else should we know?
I tend to say I’m a multi-platform writer because I’ve usually let the story and themes dictate the medium best suited for it. I also love the challenge of adapting material from one form to another, so I’ve almost always adapted my work from stories to scripts, musical librettos to books, etc. I wish having that kind of dexterity had come in handy more in my life, but in fact, a lot of people have wanted me to specialize more over the years.

When you look at my work, there is actually a strong governing logic to it. At this point, I’ve honed in on my brand chiefly being the ‘darkly whimsical.’ I gravitate towards projects I think can genuinely improve people’s lives by helping understand or process life’s harder emotions or more complicated systems. That’s why a huge portion of my work ends up being centered on children. Whether that be helping young people understand the importance of participation in a frustrating political system, like my first musical VOTE!, or the child protagonist in my novel, Living Donors, trying to be made whole when she doesn’t receive the parenting she needs or a journey to help children process grief, like my newest musical, The Last Toothfairy, I go back to art as the truest agent for change there is.

The world increasingly feels like a race to the bottom– from grammar and vocabulary to the nuance of ideas. But I remain adamant that for art to be commercial, it doesn’t have to cater to the lowest common denominator. I think art can lift up our standards and make the difficult to understand more knowable. All I see, all around me are ways to do this. When I read other people’s work, all I see are the ways in which our stories can help each other and make each other better citizens. I want to live at the intersection of the commercial and the philosophical; the popular and hard truths; the pragmatic and the idealistic. And I want to work with other people who want to do that kind of work!

For good reason, society often focuses more on the problems rather than the opportunities that exist, because the problems need to be solved. However, we’d probably also benefit from looking for and recognizing the opportunities that women are better positioned to capitalize on. Have you discovered such opportunities?
I write a lot about female leadership and what that looks like. I do think the cracks and inadequacies of top down, commander in chief style leadership are being exposed. In the midst of that, I think many more marginalized groups, particularly women, are finding strength in communities, community-based power, and consensus-style leadership. I love communities for women. There are so many great ones emerging. I’m a member of the Hollywood Women’s Collective, founded by my writing partner, Autumn. I’m also a member of the women’s co-working community, The Wing. More and more, we are examining what a world filled with female concepts of power might look like, structures not rooted in the patriarchy, and communities where marginalized people can understand what leadership and power feel like, so they themselves can step into it. Anything that requires empathy or and understanding of what it’s like to feel uncomfortable (which really should be everything) is a place where women are particularly well-positioned, in my opinion. 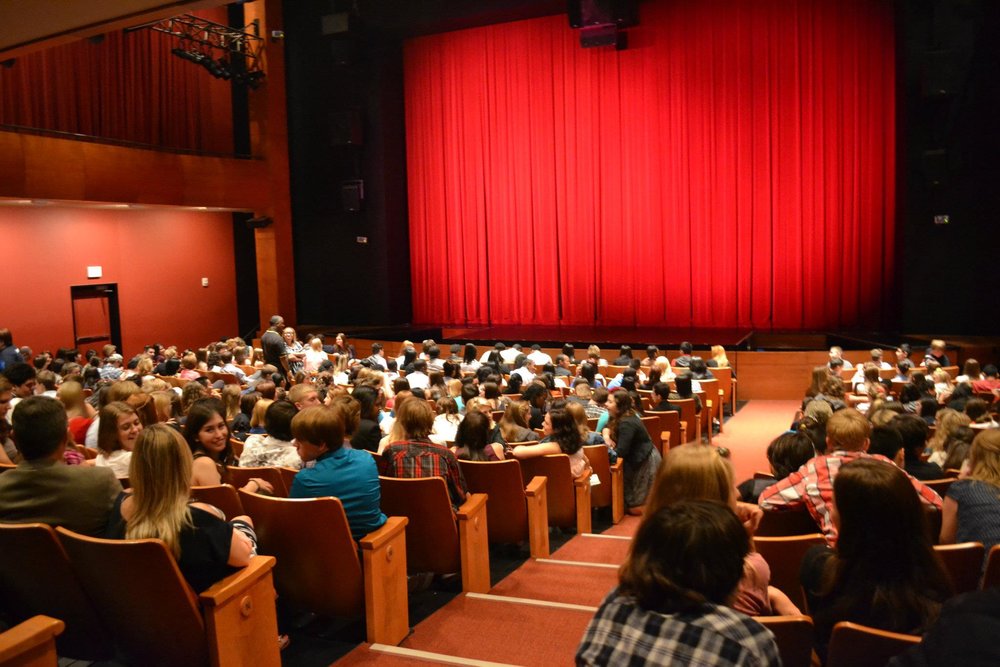 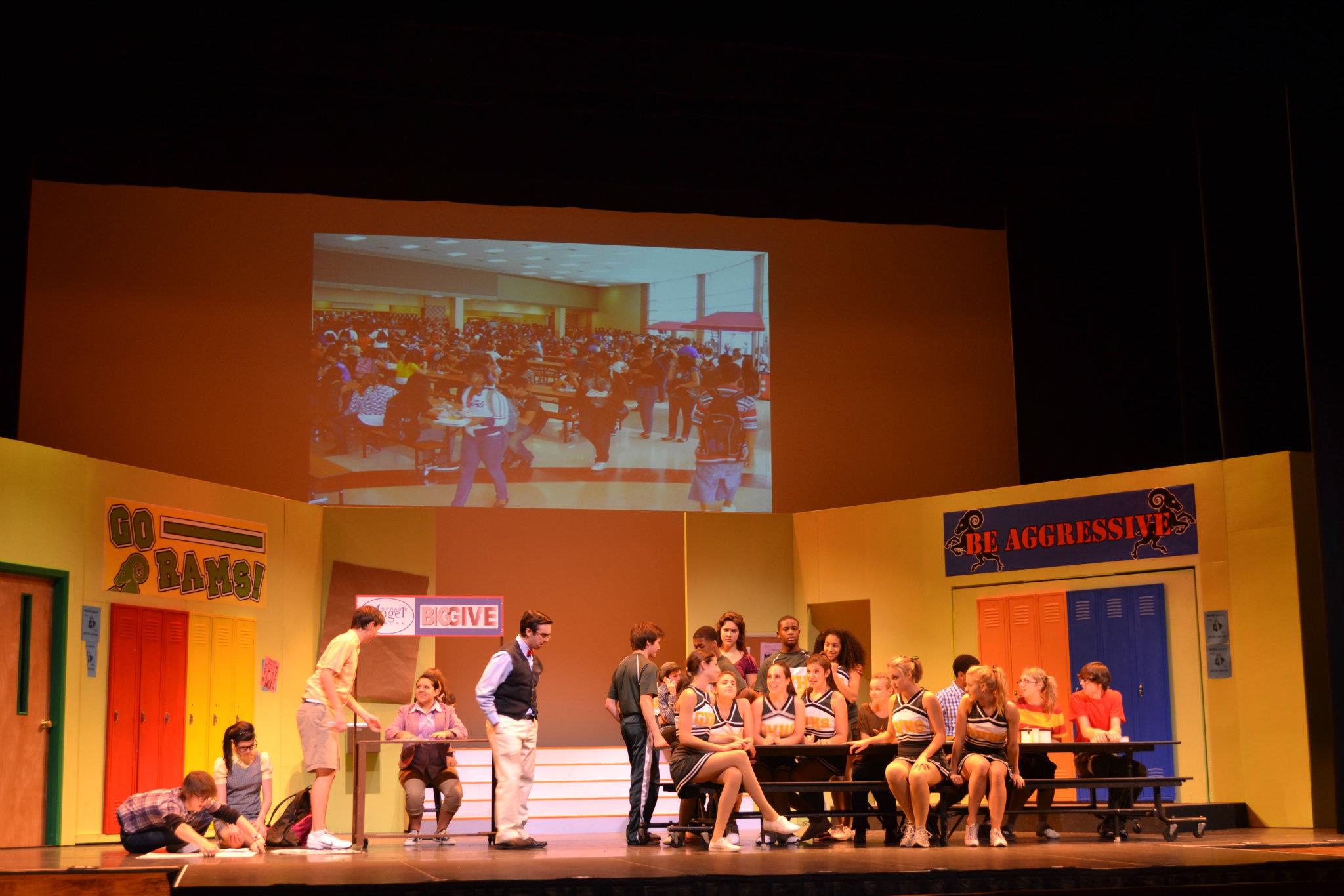 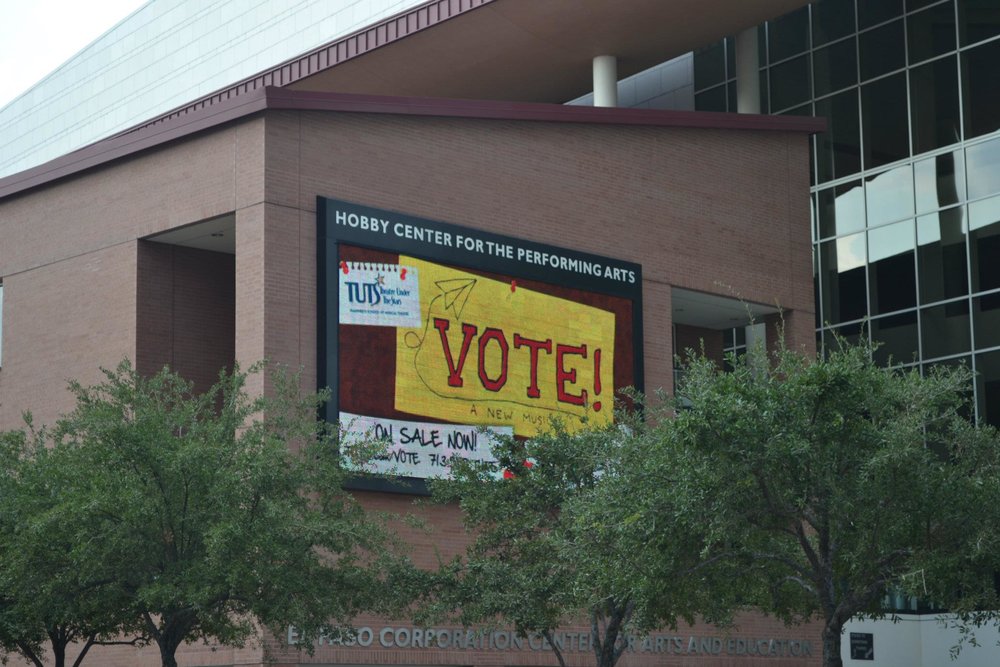 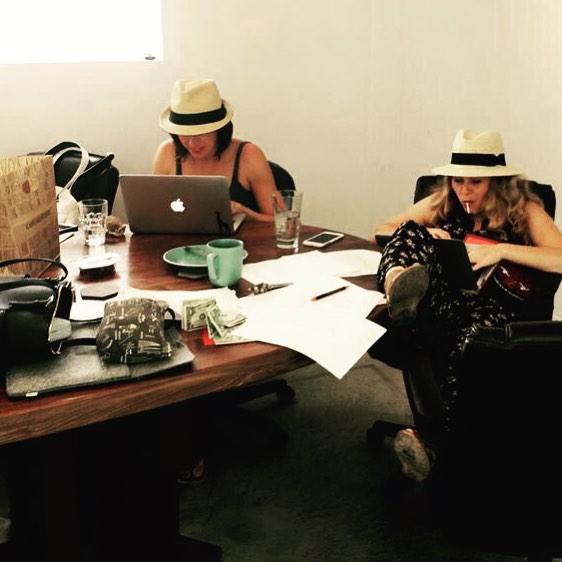 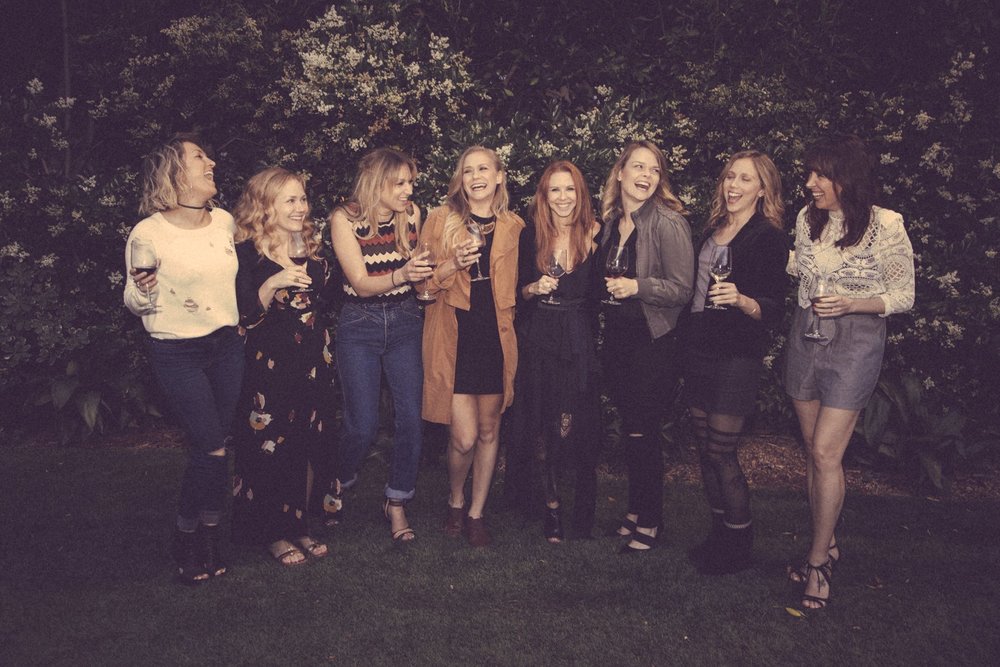