Conversations with the Inspiring Rebecca Kessler 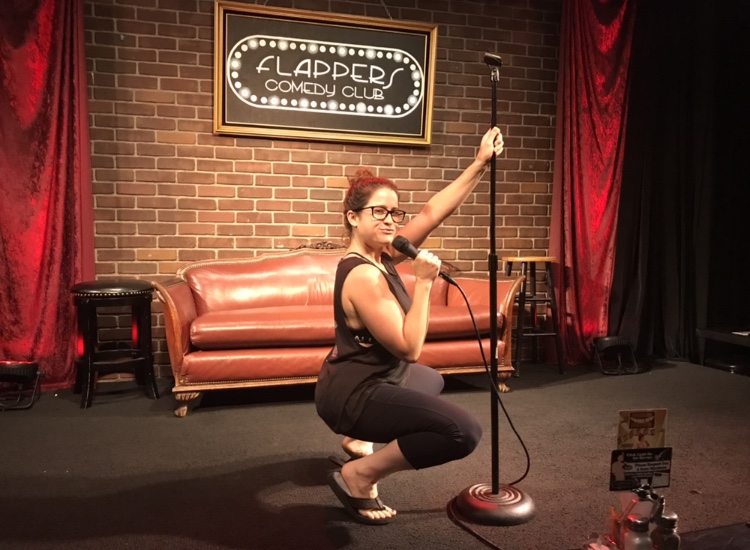 Today we’d like to introduce you to Rebecca Kessler.

So, before we jump into specific questions about the business, why don’t you give us some details about you and your story.
Honestly, since a very young age, I have known that all I wanted in life was to be an entertainer. I was always the class clown in school and really loved making people laugh. I participated in theater basically my entire life; I started in lower school and continued performing throughout college. I would be in about 4 plays a year growing up (about 2 in school and 2 every summer at camp). However, most of them were musicals and even though I can definitely rap very well… singing is not my thing. So, I would always end up in the background/chorus. The highlight of my background life was definitely playing Marie during “Belle” in Beauty and the Beast when I was in eighth grade. I hurried those baguettes across the stage like my life depended on it!

The exact moment I decided I was going to move to LA after graduating from college was after watching Giuliana Rancic’s E! True Hollywood Story in April 2012. Seeing how she worked her ass off from the ground up, knowing nobody, and getting to where she is today just sparked something in me and that’s when I decided to “get serious” and turn my passion/hobby into my life career. I say “get serious” because that’s when I started an “acting/going to LA” blog and joined Actor’s Access (yes, even back in Florida!) and started going out for auditions for web series and shorts. And, true story: the very first thing I booked off of Actor’s Access and filmed in Florida ended up actually being made into a movie that came out this year (Hail Satan?). I got to see myself on the big screen six years after filming it! I even splurged and went to the Arclight to watch it… you know it’s serious when!

Since moving to LA, I’ve pretty much had the standard “actor-who-moves-to-LA” story with my own Kessler flair added to it all. Meaning: I’ve pretty much done a little bit of everything. I did background work through Central Casting for many years but got VERY lucky and got many features on some of my all-time favorite shows/movies (Glee, Pretty Little Liars, It’s Always Sunny in Philadelphia, The Mindy Project, Neighbors, etc.) and worked with some of my favorite actors/directors along the way as well. I’ve done countless manager/agent/casting director workshops and I’ve taken countless classes: acting (mainly at Playhouse West for 2-3 years), on-camera, commercial (Killian), voiceover, audition, callback, drama, comedy, etc. I actually just completed the Improv program at UCB this month as well (there are 4 levels)! I’ve done some writing for a pilot, I’ve done some PA’ing, I’ve done short film contests, I’ve been dropped by agents, I’ve been on dating shows, I’ve been on game shows, I’ve auditioned for reality shows like America’s Next Top Model & America’s Got Talent… I’ve truly experienced it all!

I never thought that stand up would even be a part of my life, but on Halloween 2014 it sort of just fell into my lap. I started performing regularly for four solid years going hard at open mics and the usual hot spots (Flappers, The Ice House, and The Comedy Store). I was being put on some truly dope shows with some of my favorite headliners. I truly love making people laugh and I always thought it would be through comedic acting and didn’t even consider stand up as an option. But now, no matter what mood I’m in walking up to the stage, the second I have the mic in my hand and I start talking, it’s as if the words just flow out of me like word vomit and I feel so in my element. It’s the same feeling I get when I walk on a set or theater stage. I just know deep in my soul, it’s where I’m meant to be.

Overall, has it been relatively smooth? If not, what were some of the struggles along the way?
Most definitely not! But I will say this: the valleys make the peaks so much more worth it. I think the main struggle- and I think something most artists don’t talk about- is burn out. It is a very real issue. I basically hit the ground running the moment I arrived in LA and finally hit a wall last summer (after about five years). I ended up quitting all my acting classes/workshops and stopped performing stand up altogether for almost a full year. I still auditioned commercially but that was pretty much it. I’m finally getting back into it now (and it feels amazing performing again!) and I’m in a much healthier place mentally, physically, and emotionally. I think we get caught up in trying to portray a busy lifestyle because that’s what’s cool to do nowadays but the reality is that our mind and body are literally the vessels we use to perform. We need to make sure we give ourselves the time to be functioning properly before spreading ourselves thin doing everything we’re offered. I think it’s also very important to have a fulfilling side job to keep you going on days you have no bookings, class, or auditions. I’ve been so lucky to have worked at amazing places like Lush and many different yoga studios (YogaWorks, Hot 8 Yoga, Crunch Gym, and Y7) as front desk and as a teacher. Having supportive managers and coworkers who understand your lifestyle of last-minute auditions and bookings makes SUCH a difference.

Any advice for other women, particularly young women who are just starting their journey?
As for specific advice for women starting out on their journey: know your worth and stand up for yourself. Too many times- especially in the comedy world- women will be overlooked or ignored. I’ve had to get loud a few times but once they hear you, they can’t ignore you. I will also say: if the script is creepy, the audition will be creepy. Don’t go! Or at least: don’t go alone. Not *every* audition is an opportunity worth taking, trust me!

Please tell us more about what you do, what you are currently focused on and most proud of. What sets you apart from the competition?
I am an actor through and through specializing in comedy (including improv and stand up). Currently, I am known for playing Joy in the comedy web series “Oh Joy”. It recently premiered at the LA Diversity Film Festival and will be premiering out in Florida and other festivals in 2020! This role is definitely the highlight of my career; it’s the first time I ever read a script and thought, “Holy shit that’s me.” I got to play with so many different aspects of acting in this shoot as well: physical comedy (farting, a period stunt), working with animation (as in I was animated/talking to myself like Lizzie Mcguire-esque), ADR (since I played myself for the animated version of myself), and more! I really got to go for it in this role and everyone involved worked so hard to make a hilarious series come to life. I’ll include the link to the 5 videos (1-2 minutes each) on the website links below! I also recently was on the premiere of season 2 of Twisted Sisters on ID channel. No big deal but I’m *kind of* a triple threat when it comes to reenactment shows: I’ve been a witness, murdered, and this time I got to play the murderer! I got to wear a fake pregnant belly (shockingly not my first time saying that) and had my first nationally televised on-screen kiss as well. The third thing I’m most proud of was being a part of a sold-out run of “Bachelorette” at Playhouse West. It was the most fun I’ve had doing a play ever- and I even got fake puked on every night!

I think what sets me apart from everyone else is my realness. Whether you’re friends with me in person or come to my shows or just follow me online, you know: I keep it REAL. I’ll let you know when everything is amazing and I’ll also let you in on letdowns/failures/frustrations. I am sick of everyone acting perfect in-person/online so I try to break that anyway I can.

Looking back on your childhood, what experiences do you feel played an important role in shaping the person you grew up to be?
I think I was very lucky to grow up in a super supportive environment that allowed me to grow into the person I am today— whether it was school, sports teams, home life, friends, sleep away camp, traveling— they all cultivated environments where I really felt like I could let my guard down and be who I am 100%. Was that always easy? No. I’ve been told I’m loud and annoying more times than I can count and I’ll never forget the day someone told me they wish they could bury me alive because I’m so annoying. But guess what? Those people weren’t for me and that’s okay! Once you start finding people who accept you for you and enjoy being in your company, you won’t even bother with people who try to make you feel any other way than your true self. 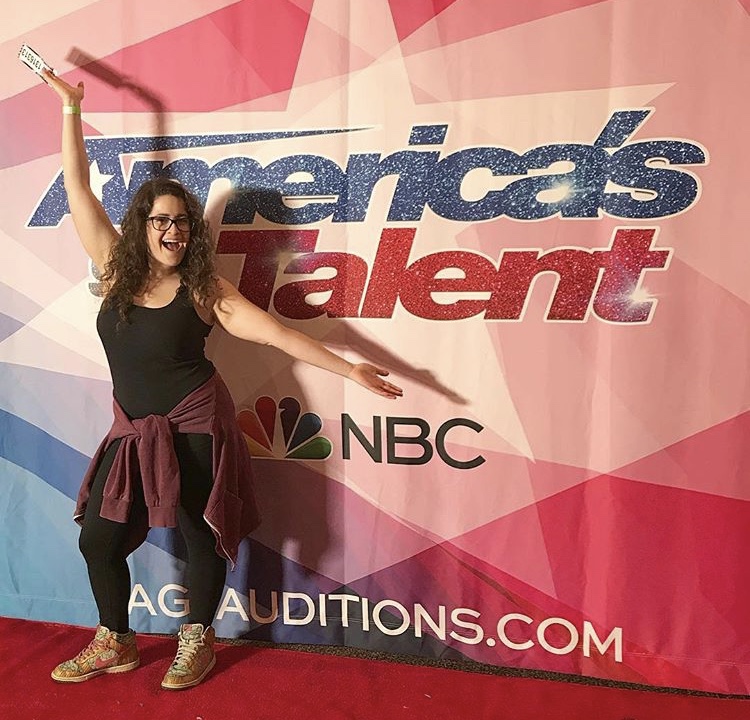 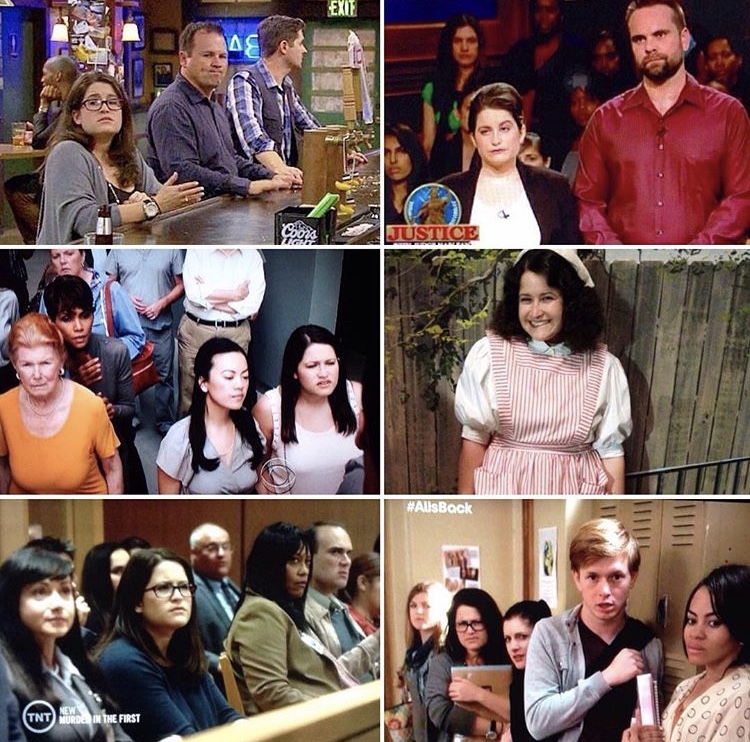 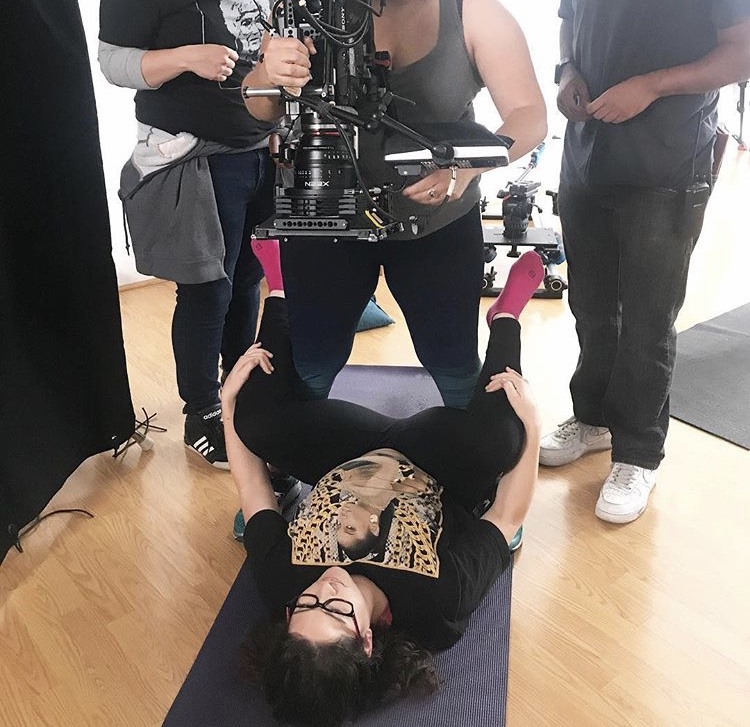 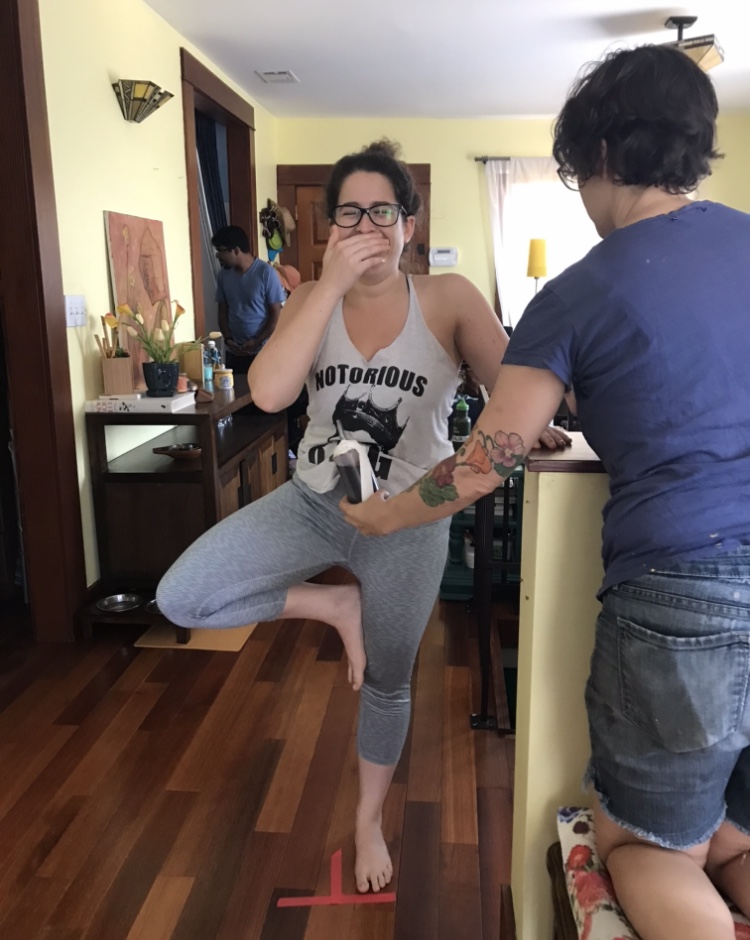 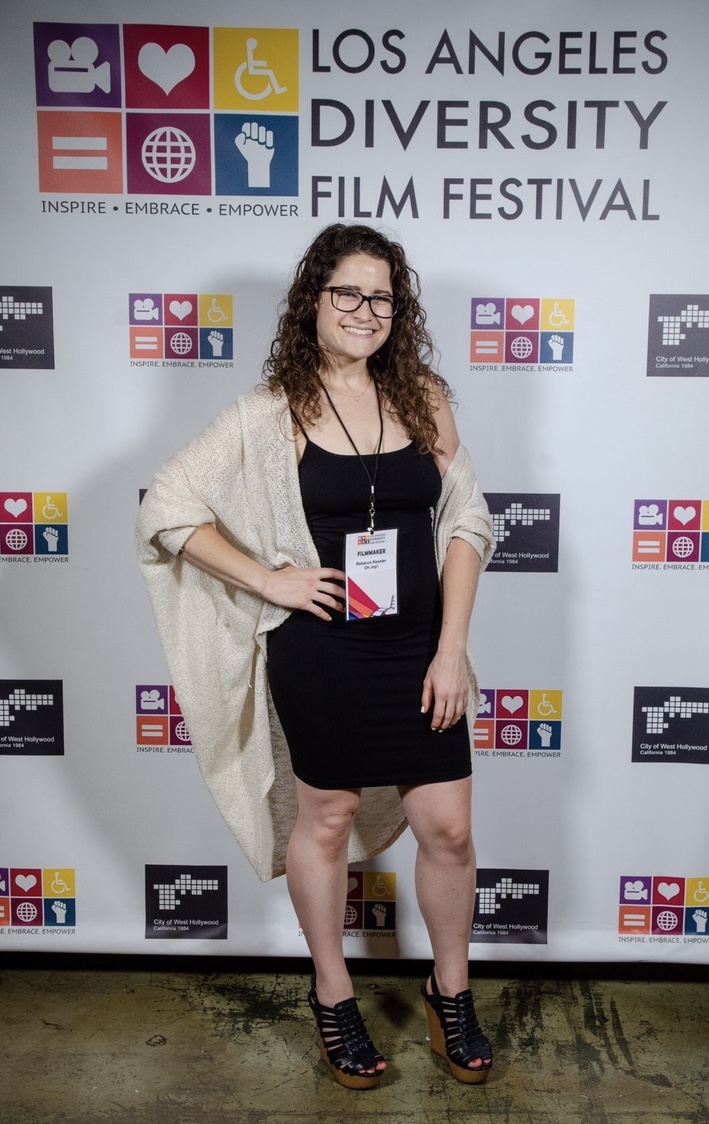 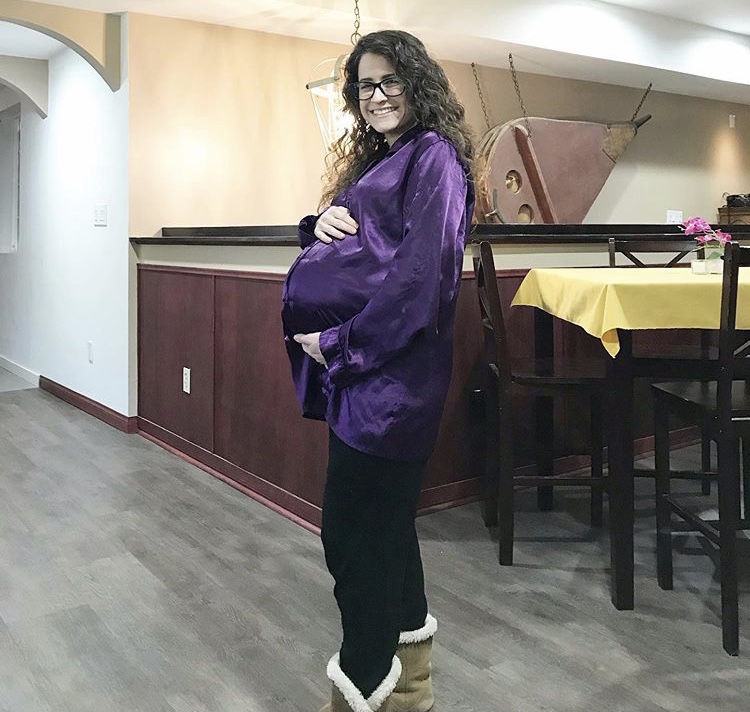