Conversations with the Inspiring Rachel Roth 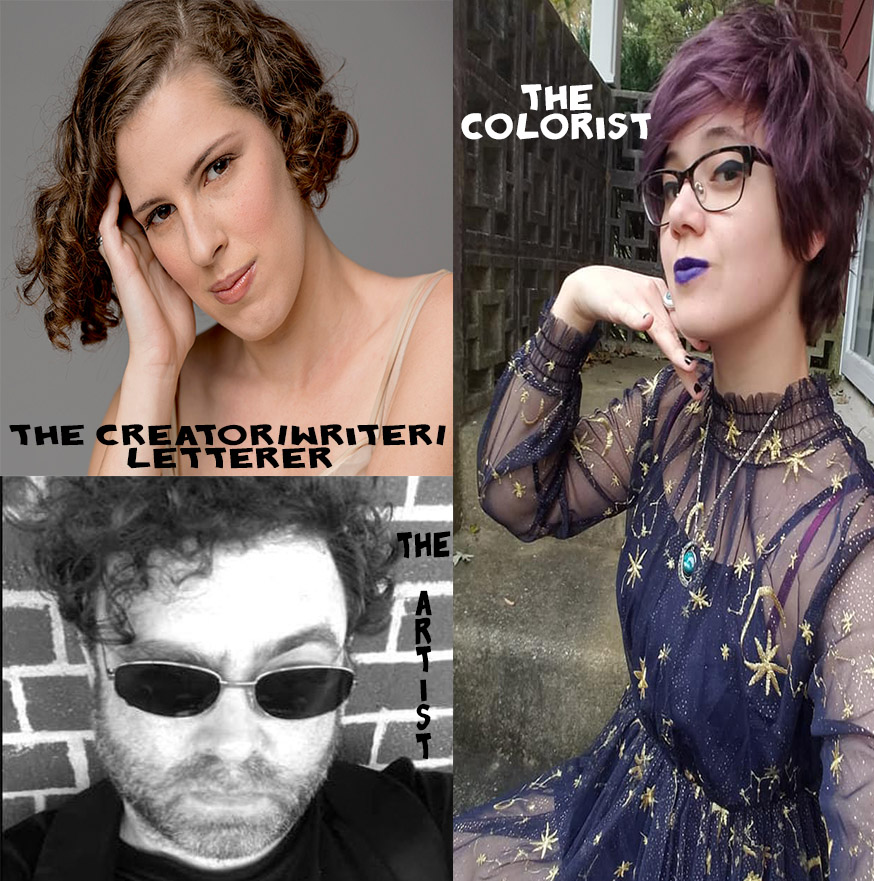 Today we’d like to introduce you to Rachel Roth.

Rachel, please share your story with us. How did you get to where you are today?
This ten-year-long project begun when my friend Leona and I were really getting into superhero movies and at that time we weren’t seeing what we wanted to in the films. Mind you, this was in 2010.

The lack of diversity and lack of strong female characters are what inspired Bait and Switch.

In college, one of my first film classes, I pitched Bait and Switch to the class as a dream project. I caught the attention of several of my classmates, Eric and Josiah, who quickly became my crew and writing partners.

We started our own version of a writer’s room and quickly began casting, location scouting and learning what it meant to be on set and how to shoot through the web series we wanted to create called: Bait and Switch.

The first thing we did was shoot the pilot episode. We had cast a young woman who I knew to play Switch. However, after shooting it we learned she wasn’t really interested in the part and quickly bowed out. We spent a good few weeks to a month trying to find someone to replace her.

The team finally got lucky when Josiah asked his friend Miracle to join us. She didn’t know what she was getting herself into at the time but we managed to shoot the entire first season with her.

We spent the entire summer shooting season one. It was done. We did it. But to our syringe, it looked like college kids shot it and we were too embarrassed to get through the editing process. So, it never saw the light of day.

Although the web series didn’t work out, I kept writing it. The story did a complete 180 as I progressed to try to make this a TV show once I moved out to California from Maryland, where I’m from.

Shortly after I came out here, we started our own writer’s group where Bait and Switch got torn apart. The story is now completely unrecognizable from what it was in college.

Since we all know how hard it is to sell anything in California, despite rewriting, creating numerous pitch packets and even a pitch video Bait and Switch never got its day to be seen by those in power.

Sooo… people for years were telling me it should be a comic and… well… they were right.

When the doors and funds were becoming an issue to make Bait and Switch into a show, making it a comic felt like the natural next step.

I got myself a team for the first version of the comic. I hired my friend from high school, Erica, to be my colorist and another young lady to be the artist.

Due to lack of funds, I started an Indiegogo in order to pay my artists. However, shortly after we got the concept off the ground, we agreed to find a new comic book-oriented artist.

Erica and I looked thoroughly for a new artist and got blessed to find Rich.

Since we hired him, Bait and Switch has really started to pick up steam and the comic should be done at the end of the year or at the latest early next year.

It’s definitely been a journey but it’s one that’s totally worth it.

Has it been a smooth road?
This journey has been anything but easy in order to make this dream come true.

We’ve lost actresses, artists and money to make this in every different capacity possible.

My advice to any young woman following their dreams: DON’T. GIVE. UP!

No matter how long or hard the journey is, don’t. It will be worth it in the end because your passion is what drives your project. Don’t just sit and wait for something to happen if you want it.

What do you do, what do you specialize in, what are you known for, etc. What are you most proud of? What sets you apart from others?
I’m a freelancer in the Film and Entertainment Industry with dreams of working in a writer’s room for scripted TV.

I’m proud that I haven’t given up on this idea and this comic sets me apart because it’s not your typical comic.

It is a female-dominated comic with heroes/anti-heroes from the LGBTQIA+ community, normal superhero body images are being smashed and it’s about women for women.

Looking back on your childhood, what experiences do you feel played an important role in shaping the person you grew up to be?
I got into superheroes when I was really young watching Batman and Superman: The Animated Series and my love for the superhero world stayed with me well into adulthood. 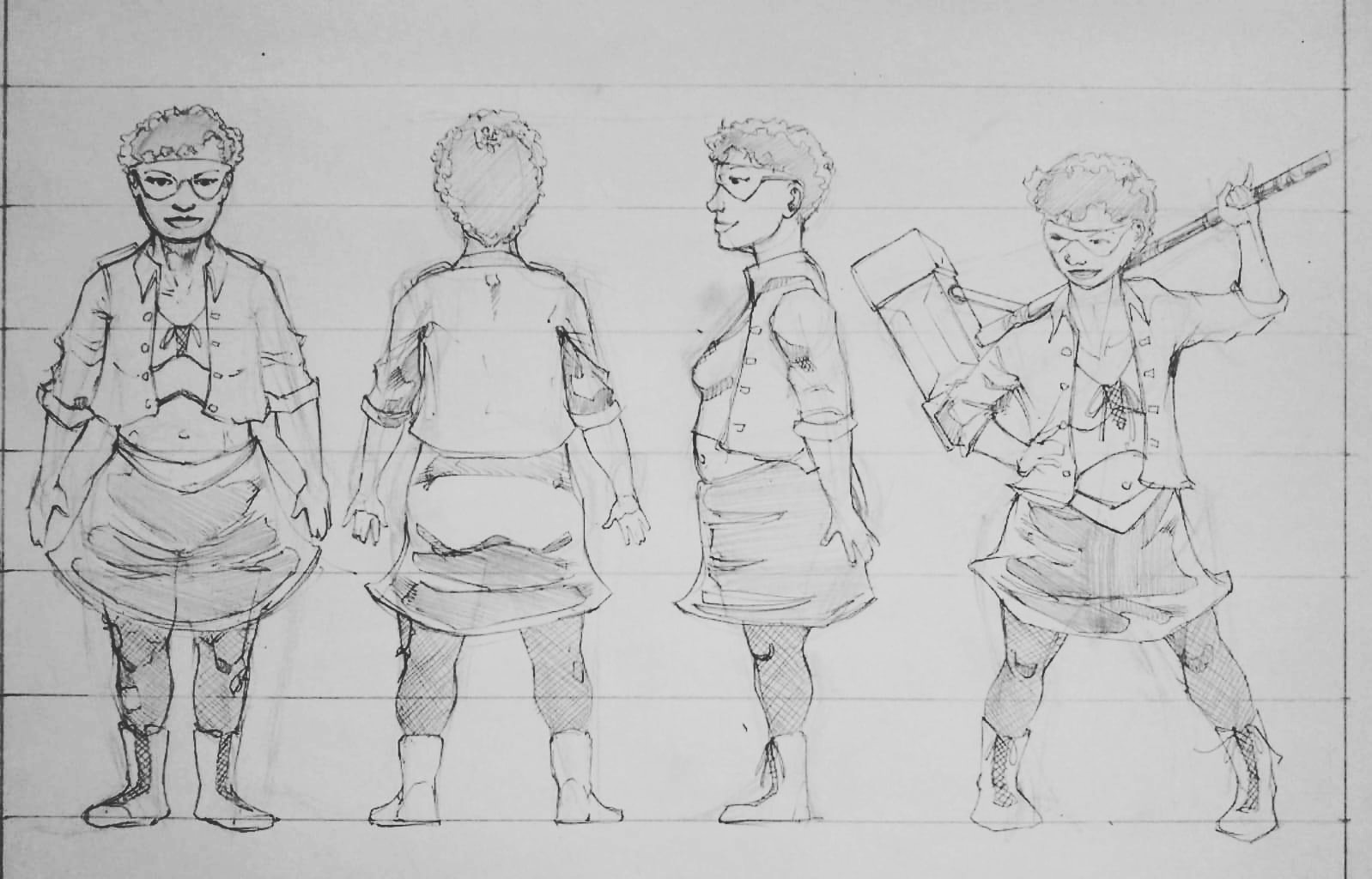 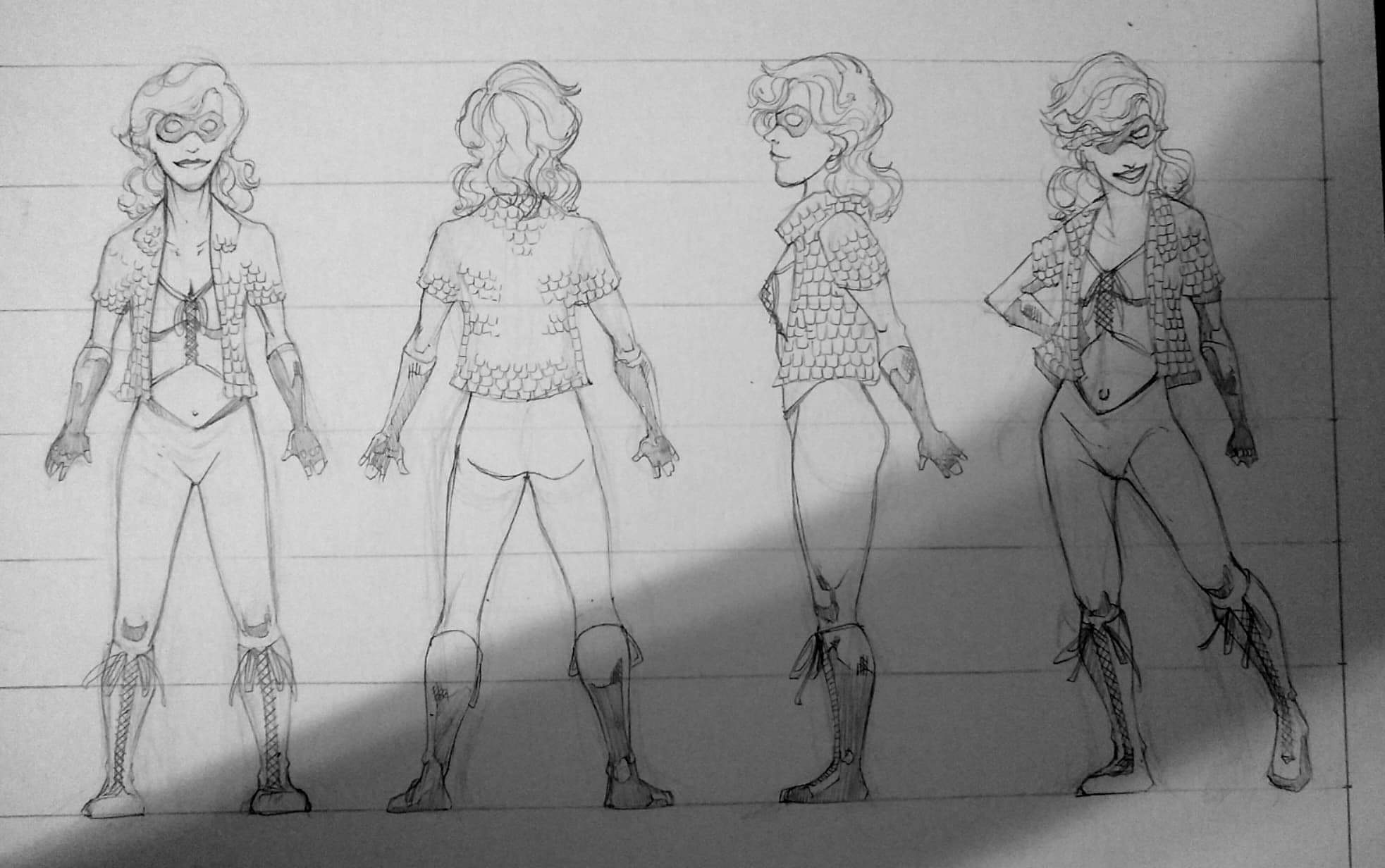 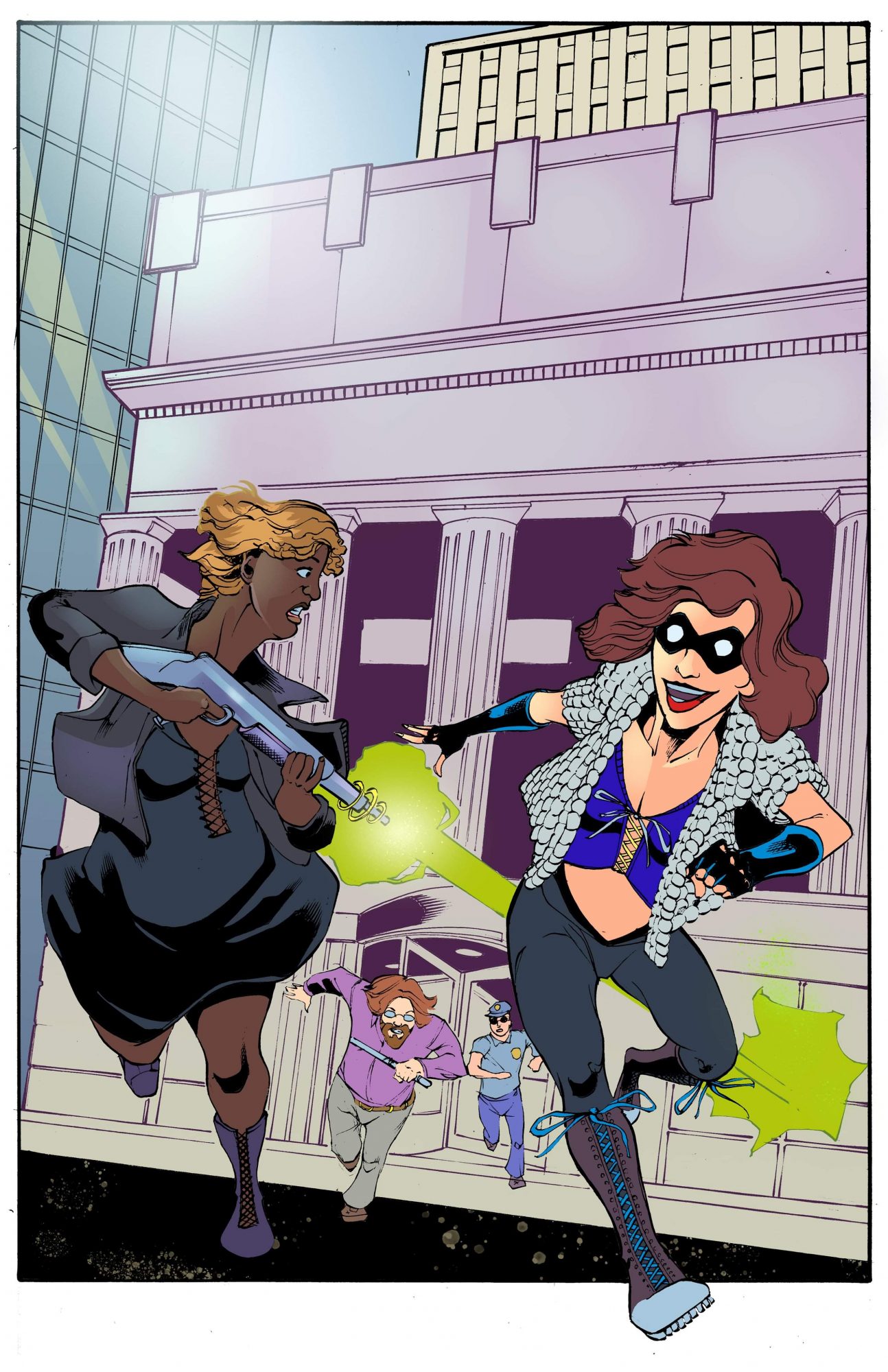 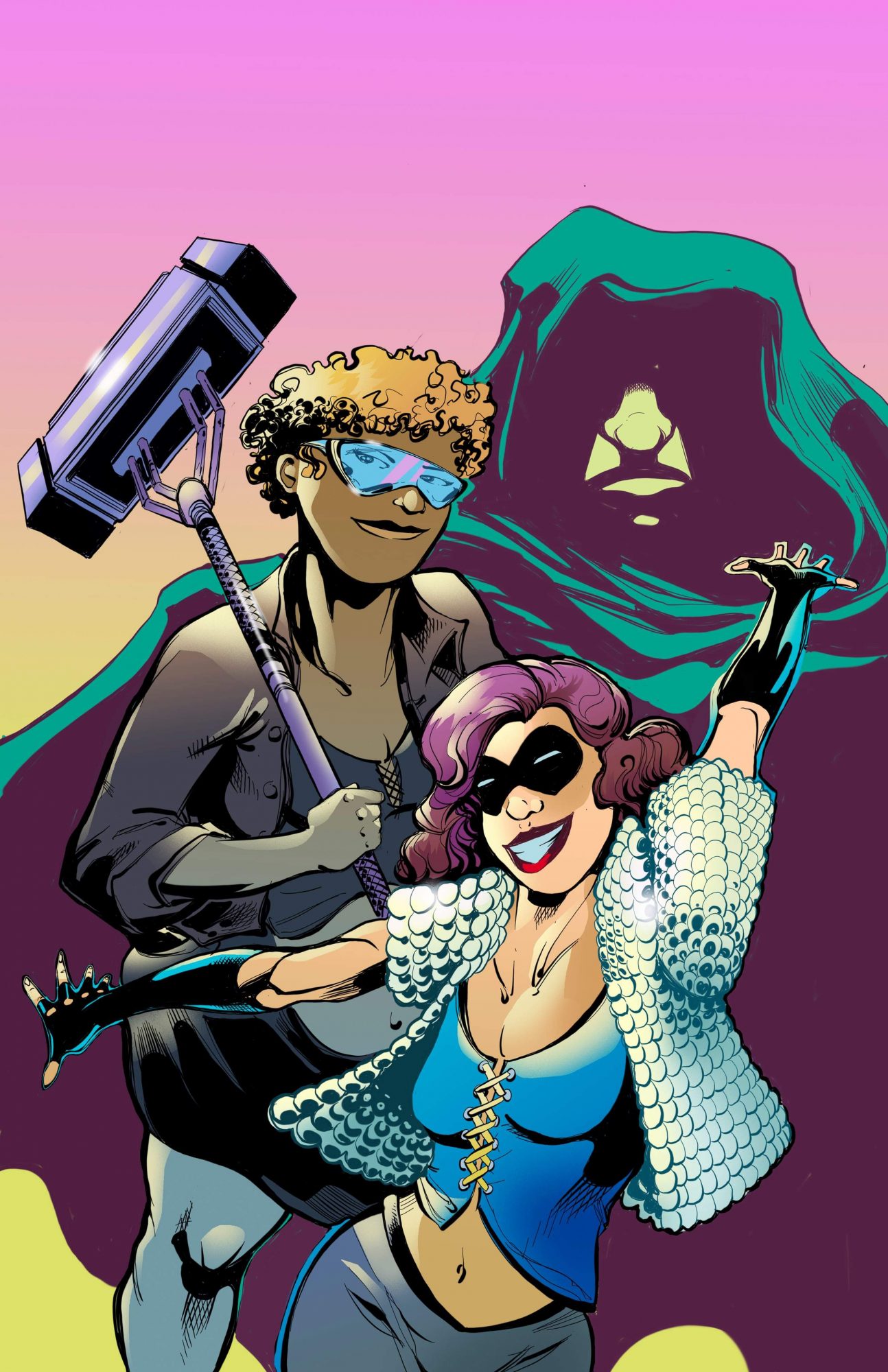