Conversations with the Inspiring Pilar Holland 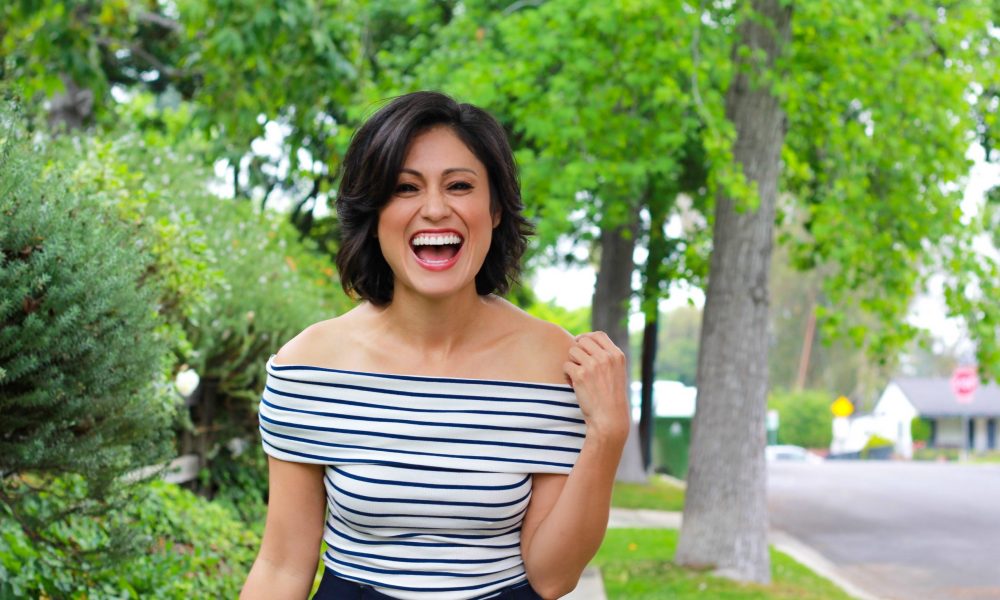 Today we’d like to introduce you to Pilar Holland.

Pilar, can you briefly walk us through your story – how you started and how you got to where you are today.
I was raised by my single mother with the support of my grandparents. In junior high -inspired by 90210- I caught the acting bug and persistently plead with my mother to take me to a casting call in Los Angeles, where I was scouted by a talent agent. I began making the trek to Los Angeles for auditions and bookings, driven by my grandmother.

Despite my mother’s misgivings, when she saw my passion in action during a performance of The Vagina Monologues -in a passionate, 20-orgasm rendition of “The Woman Who Loved to Make Vaginas Happy”- she gave me the seal of approval and off to Lalaland I went.

Great, so let’s dig a little deeper into the story – has it been an easy path overall and if not, what were the challenges you’ve had to overcome?
Some of the struggles over the past couple of decades have been finding my way and discovering myself. I second guessed my career because I was told to have a backup plan. I got married because I was told to find a man to support me. I struggled building relationships because I didn’t know how to express myself and communicate my feelings. I always knew I wanted to be an actress. There wasn’t anything else I had ever wanted. Something constantly drew me towards the stage but I didn’t know what my vision or purpose was for it. It wasn’t until this past year that I discovered my true purpose behind it all, which is to create art that shifts the global culture.

Women have had a hard time finding their place and power in this industry. There aren’t very many female hosts on travel or food channels, and I am committed to breaking the mold and showcases women’s love for exploring the fruits of life. Many women I know have had body image issues and I want our future generations to see women enjoying food and getting messy with burgers and ribs, not just salads.

I also want young women to see that they can carry a show, do anything they want behind the camera or in life, and create change. The short film I produced had an 80% female cast and crew, female director, writer, cinematographer, producer and lead actress. Women can make an impact on what stories are told and how we shift the culture.

My advice for women is to empower and support each other to rise up. We cannot do it on our own. We need our sisters to support us. We need them to confide in, learn to communicate our feelings in a compassionate way, be empathetic listeners and love one another in order to grow. Find your tribe and water your relationships. It isn’t a competition. We can all win at the game of life.

Please tell us more about your work, what you are currently focused on and most proud of.
Over the years, I have worked alongside actor greats such as Jennifer Aniston, Christian Slater, J.K. Simmons, Adam Driver, Timothy Olyphant, and Patricia Arquette. I have a robust network television career which began with an appearance on Medium and continued with Scandal, Grey’s Anatomy, Criminal Minds, NCIS, and Scorpion to name a few. I made the jump to the big screen last year working with director Adam McKay on Vice and Noah Baumbach on his new feature starring Adam Driver and Scarlet Johansson. This summer, I’ll be in Netflix’s Murder Mystery with Jennifer Aniston and Adam Sandler.

Last year, I began development on my food show, L.A. Happy, which I host and produce with her best friend Katina Nikou. L.A. Happy has over 3M views on the streaming platform Hideout.TV. We are hosting our first community happy hour event this month. Our goal is to bring communities together over bargain bites and beverages and demonstrate that being on a budget shouldn’t limit you from these experiences.

I just wrapped production on the short film I produced and starred in, I’m Sorry… I am so excited to show the world the story I created alongside so many other powerful beautiful women, a story about mental health and miscarriage.

Do you have any advice for finding a mentor or networking in general? What has worked well for you?
It’s been trial and error. I attended many acting classes looking for an acting school that felt like home. Besides the fact that the community at my studio is amazing, my mentor, Stuart Rogers, really helped me dive into the emotional life of my characters and made me a stronger more confident actress. He truly cares about his students and the work.

There are many tools now available for actors. I have a friend who created a free website for actors called working actor, which I highly recommend for those starting off. There are a lot of industry mixers on Facebook or through SAG if you’re union. Do the research because now more than ever, the community is there to support each other. Get out there and meet people.