Conversations with the Inspiring Myah Marie 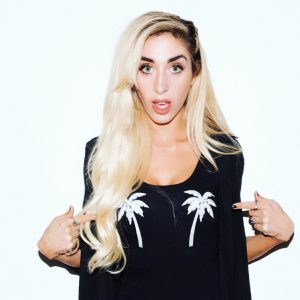 Today we’d like to introduce you to Myah Marie.

Thanks for sharing your story with us Myah. So, let’s start at the beginning and we can move on from there.
I started a loooong time ago being a total weirdo, I was alone a lot as a kid and went in between my mom and my dads… I went to 13 different schools! I’d carry a CD player (lol) with me everywhere, so, music was kind of my salvation.

I became OBSESSED with Britney Spears right when she came out and basically every girl pop star. I really didn’t have a choice but to be in music, it’s what I focused on !! I’ve been writing “songs” (if you can call them that lol) at around age six but I didn’t really know what I was doing. At age 16, I threw a party at my dad’s house and got kicked out and also my boyfriend at the time cheated on me! I wrote a song about it “lies and ripped jeans” I used a guitar loop and put it up on MySpace. From there, my career really started! I randomly got to like #10 or #11 unsigned artists and a manager reached out to me- I started working with this group “2xl” or “laze and royal” and I learned about songwriting and pitching to artists. Kara Dioguardi signed them and she heard my voice on a demo we did and passed it to Britney’s team… from there I started doing background vocals for Britney! My dreaaaammm come true! I started with Circus and have since done over 14 bgv and co-wrote on her album Britney Jean prod by David Guetta, the song “Body Ache”. Laze, Royal and I became close and formed a group with Cosmo called “my crazy girlfriend” we got signed to Capitol Records super quickly and toured around the country, performing alongside acts such as “Jason Derulo” and “Charli XCX” – our song “Crazy Stupid Love” even billboard charted and was #37 on the American Top 40! I was dating one of the members (Laze) and we had a pretty bad break up, so the band stopped abruptly after that. Now I’m signed to Warner Chappell and continuing to write for And alongside artists such as (Lil Wayne, Erika Jayne, Hailee Steinfeld, AJ Mitchell).

We’re always bombarded by how great it is to pursue your passion, etc – but we’ve spoken with enough people to know that it’s not always easy. Overall, would you say things have been easy for you?
Definitely not smooth!!!!! My advice is to always follow your intuition YOU KNOW WHAT IS RIGHT FOR YOU. I’ve been signed, dropped, loved, heartbroken, played, used and lied to – but it has ALL served me and I wouldn’t change anything on my path for the world. It all happens as it should.

We’d love to hear more about your work and what you are currently focused on. What else should we know?
I am a songwriter and a vocalist and I specialize in pop music! Right now, I’m blending my spirituality and songwriting into a unique practice. I also teach songwriters the craft and am working on developing some special artists as well. I love working with young songwriters and artists because I have soooo much to pass on and they teach me so much as well. I am also doing a podcast “I am rich AF” with Krysta Youngs where we give tips for songwriters and just anyone in any field on how to make money! We went from being struggling songwriters to making six figures.

Do you have any advice for finding a mentor or networking in general? What has worked well for you?
The way I started networking was TWITTER STALKING! I’m not even kidding…. idk if that works now, but I just started conversations – I wouldn’t bombard ppl “hey listen to my SoundCloud” I would just start convos! Find something unique about the person (not music related) and start chatting! Ex: one of my mentors “DQ, David Quinones” I twitter stalked him and saw that on his profile he said “I polka” so I tweeted him and said something like “let’s polka!!” And off the conversation went…. he signed me and got us our deal at Capitol records!!! You NEVER KNOW! Have confidence in yourself and be bold!!! 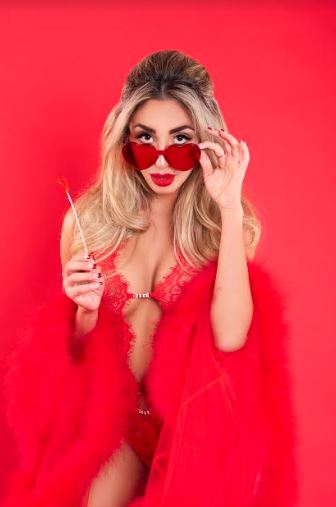 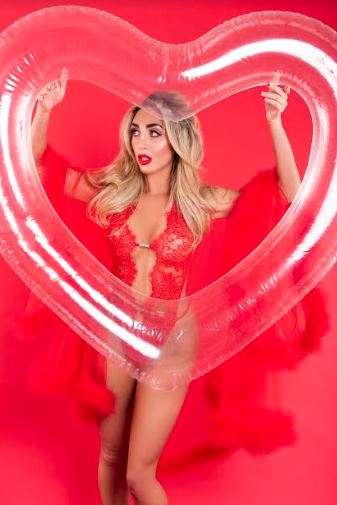