Conversations with the Inspiring Michelle Pollack 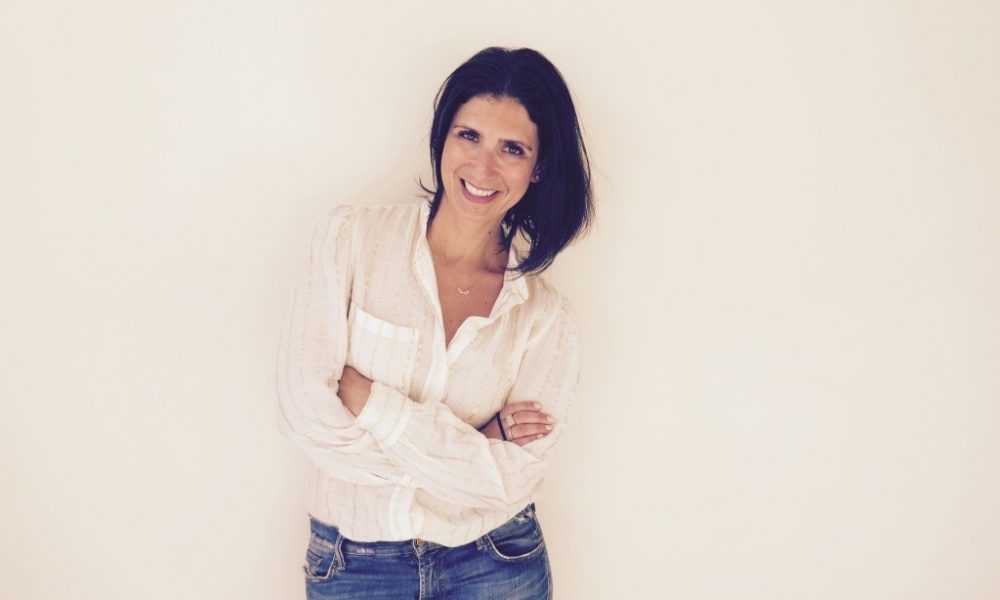 Today we’d like to introduce you to Michelle Pollack.

Michelle, let’s start with your story. We’d love to hear how you got started and how the journey has been so far.
Can I start at the end and go backwards? It just seems to make more sense to me that way. Today, I work as a Leadership Coach. I’m 43 now and I started training about four months prior to my 40th birthday. Before I became a coach, I worked as a Creative Consultant for Paramount Television on Grease LIVE! Before that, I stayed home with my now seven and nine-year-old daughters. Before that, I was a Current Executive at CBS Television, working on shows like Without A Trace, The Unit and The New Adventures of Old Christine. Before that, I lived in New York City and worked as an associate to two Broadway producers bringing AVENUE Q and Baz Luhrmann’s LA BOHEME to Broadway. And before that, I was a professional actress and dancer performing in shows like WEST SIDE STORY, THE MUSIC MAN and PIPPIN.

And that started my journey to discover what I really did want to be when I grew up. Along the way, I did all that stuff I listed above, got certified as a yoga teacher, took classes in interior design, took writing classes and did some MAJOR self-discovery.

I used to joke that I must be doing something right because I was surrounded by hugely talented and successful people. All of my friends – and seriously – I mean ALL of them – they were performing on Broadway, writing for and acting on TV, working at huge law firms, running Wall Street… and me? I was waiting tables, trying to figure out my life.

No matter what I was doing and how great it seemed, there was this perpetual internal feeling that something was missing. I was unfulfilled. I was convinced I was supposed to be in the world of the arts because that’s what I had always done. And there were moments of great happiness, creativity, and pride in that world – but they were fleeting. Something inside me was telling me that I was supposed to be doing something more – something that could make a difference in the world.

I was good at plenty of things and had all sorts of entrepreneurial ideas but I was always coming up with reasons that what worked for other people wouldn’t work for me. I believed that all of those aforementioned friends had “it” and I didn’t. And the truth was, they did. They had a belief in themselves, an unwavering commitment to making things happen, and good old-fashioned grit.

I don’t know if I finally got the belief in myself and the grit because I found the thing I love and am meant to be doing in the world – OR if I found my passion and purpose because I finally believed in myself and understood the power of grit… but whichever it was, it worked.

When I started my coaching training in July of 2015, I never looked back. After my first weekend of training, I stopped wondering what else might be out there – for the first time in my life, I was all in.

Three and a half years later, here I am. I have a successful coaching practice and the fulfillment and “more” that my gut was telling me was possible. And everything that came before that official training started? In so many ways, that was the real training. All of it from my acting and dance training, to my time producing, to parenting and volunteering on a school board – it’s all directly related to how I operate and the insights I have as a coach.

Has it been a smooth road?
Clearly it has been a windy, bumpy, curvy road and I’ve had numerous flat tires along the way. I wouldn’t say the past few years have been smoother – but they have been a little bit easier. Maybe easy is the wrong word – it hasn’t been easy. But there’s been an acceptance that bumps and curves and flat tires are always going to be part of the journey. I didn’t expect it to be smooth so I rolled with the punches more. I was able to tolerate the failures and self-doubt as part of the process. Because this time, I’m clear that those things are just pit stops along the way. And a lot of it comes back to my mindset. That self doubt no longer runs the show. It pops up ALLLLLL the time. But I’M in charge and I know how to manage that now.

The most important things I’ve learned are patience and courage. Things don’t happen on your timeline most of the time – but that doesn’t mean they aren’t going to happen. Put your blinders on, stop comparing yourself to other people, keep your eyes on your road and just keep putting one foot in front of the other. One day, you’ll look up and realize that you’re on the path you’ve been hoping for all along. Stop worrying about what everyone else around you is doing and just figure out what you need. It took me 40 years to figure out what I was meant to be doing. I looked around me all the time and thought that everyone else had it all figured out and I was a disaster. But here I am now – living my life by my design. I don’t care how long it took me. I’m here. And in ten years, I might decide to change it all up again. You’re never too old, it’s never too late, and the only person keeping you trapped in any situation is you. Be fiercely courageous and trust that whatever is on the other side of that courage will serve you in some way – even if it’s not the way you expected or hoped for. There’s always, ALWAYS value in the experience. But stop waiting for the “right” time to shift things. There’s never a right time, you’ll never be ready. Commit and the universe will move mountains for you. Commitment is an incredibly powerful thing. Not because there’s some magic involved but because you just don’t let things get in your way anymore. You stop making excuses. You just find a way – above or around or over or through. You find a way.

So let’s switch gears a bit and go into the Michelle Pollack Coaching story. Tell us more about the business.
People get confused by coaching. Lots of people think that a coach is for people who need to be “fixed” or who have screwed something up. But I’m not interested in “fixing” anyone. The people I work with have had successes and failures and everything in between – but they recognize that having someone in their corner who isn’t their spouse or their colleague or their friend will challenge them and push them forward in a really fulfilling way. How many things do you have on your list of things that you want to do – both personal and professional? For many people, that list never moves because they don’t get actually make the changes in their lives necessary to shift things. I always compare it to athletes – the best athletes got where they are with the help of a coach… and when they make it to the Olympics or they get drafted to the NBA or the NFL, do they get rid of their coach? HELL NO!!!! They ramp it UP. They want to be pushed harder, they want to do better, they need someone cheering them on and giving them a kick in the ass when they need it. And really, that’s what I do with my clients. But I don’t give answers. If you want someone to give you the right answers, hire a consultant. If you want someone to ask you the right questions, hire a coach.

My sweet spot is helping leaders step into their power so that they can lead with purpose and confidence and overcome any second-guessing or self-doubt. My clients are generally rock stars in their own right – sometimes they know it, sometimes they don’t. But they recognize that they’re ready to be braver and bolder and step things up in their lives.

The coaching I do is based on getting into action AND shifting your mindset. BOTH are imperative. A lot of the time, we spend so much time thinking about things when what we really need to do is kick into high gear and see what happens. But you also have to start to look at the way you’re thinking, the way you’re seeing the world and how those things are affecting your life. Mindset influences your ability and courage to take action and taking action influences your mindset. Working on both is imperative.

My clients range from Entertainment and Advertising Executives to Independent Producers and Directors to Influencers and Educators to Entrepreneurs of all sorts. Ultimately, I want to go into corporations to work to change the leadership culture. People think they’re leading – but really they’re managing. And part of that is that few people actually get taught how to lead. Leaders aren’t born – they’re made. So many people move into leadership positions as a result of being good at their jobs, but that doesn’t necessarily mean that they know how to lead. I work with my clients to create their leadership by design, rather than by default.

But at the end of the day, my work boils down to this: Who do you want to be in this lifetime? Because if you’re not living that on a daily basis, it’s time to take another look. Life’s too short.

What do you feel are the biggest barriers today to female leadership, in your industry or generally?One of the biggest things I find my clients come up against is that they can’t see themselves clearly. They can’t see their value within an organization, they have trouble owning their accomplishments and strengths. They make themselves small. They don’t own their power. And by power, I don’t mean “I am the almighty and you must listen to me…” I mean power like their strength and their wisdom and their abilities – they aren’t owning their contributions and how valuable they are. If you don’t believe it, then how the hell can you expect anyone else to believe it? As women, we’re often taught to be humble. Somewhere along the way, that starts showing up as not being allowed to own your abilities and your expertise. That needs to shift.

The other reality is that I still believe that women are expected to “have it all.” Men simply do not have the same pressures as women do – be a rock star in the workplace, be superwoman at home, be a great and present mom, take good care of ourselves – and at some point, we have to sleep. I mean seriously…there aren’t enough hours in the day! I had a therapist who used to say to me, “You CAN have it all – just not at the same time.” And I think it’s true. There will always be choices for women to make that men will rarely have to consider. 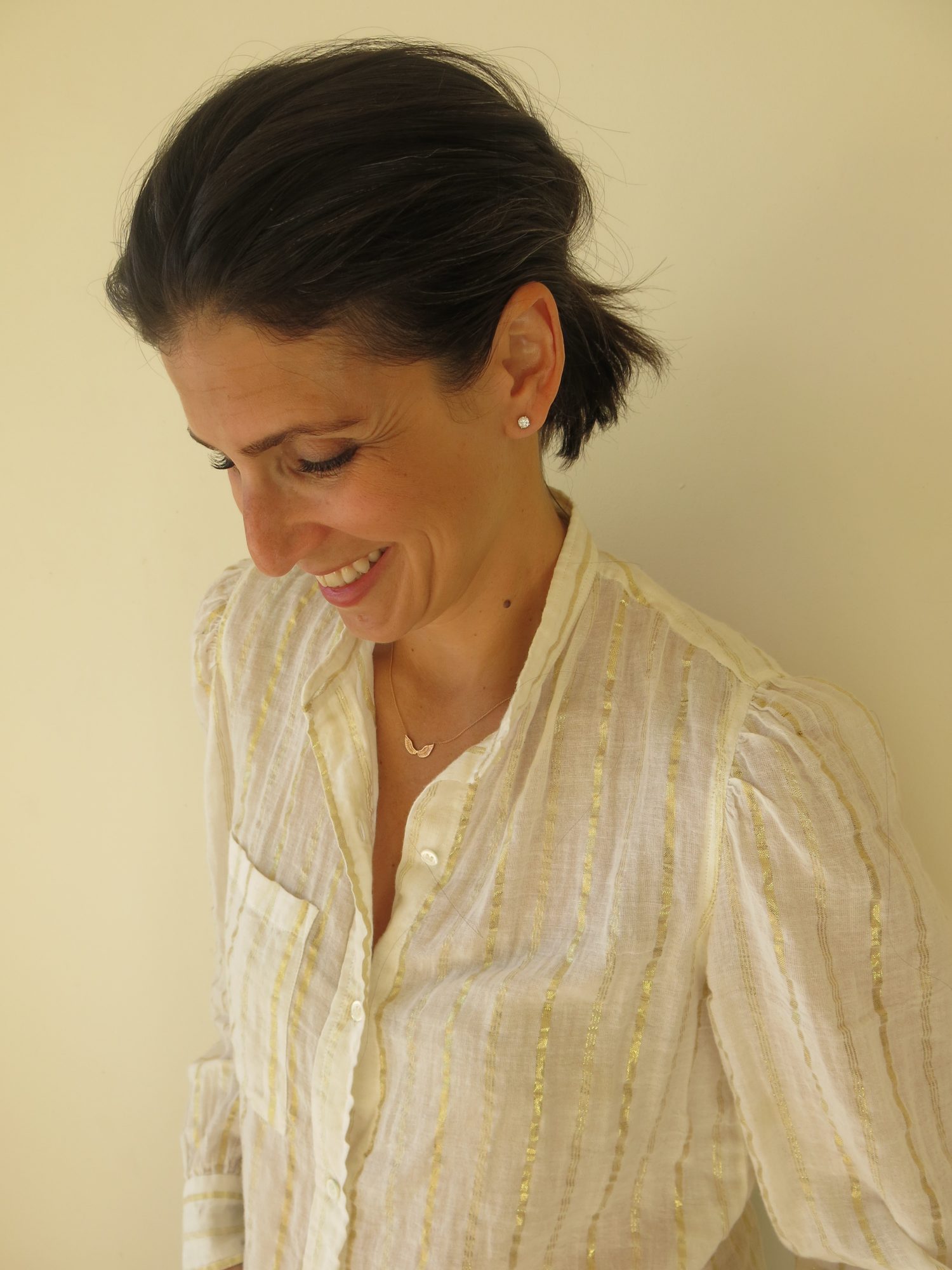 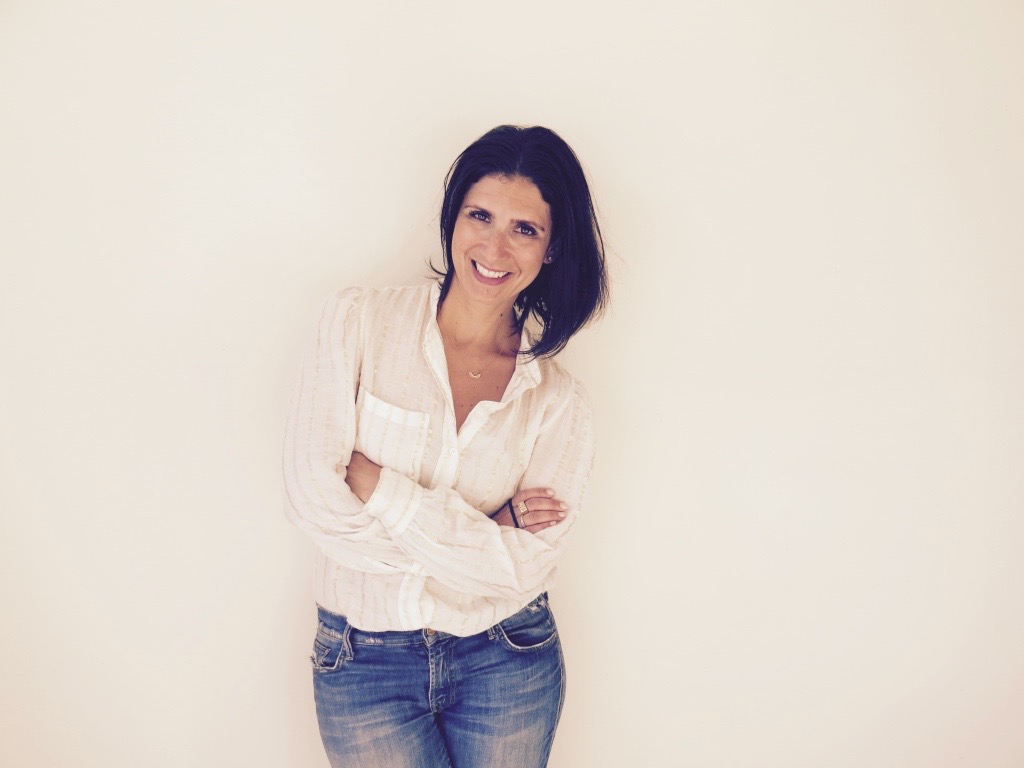 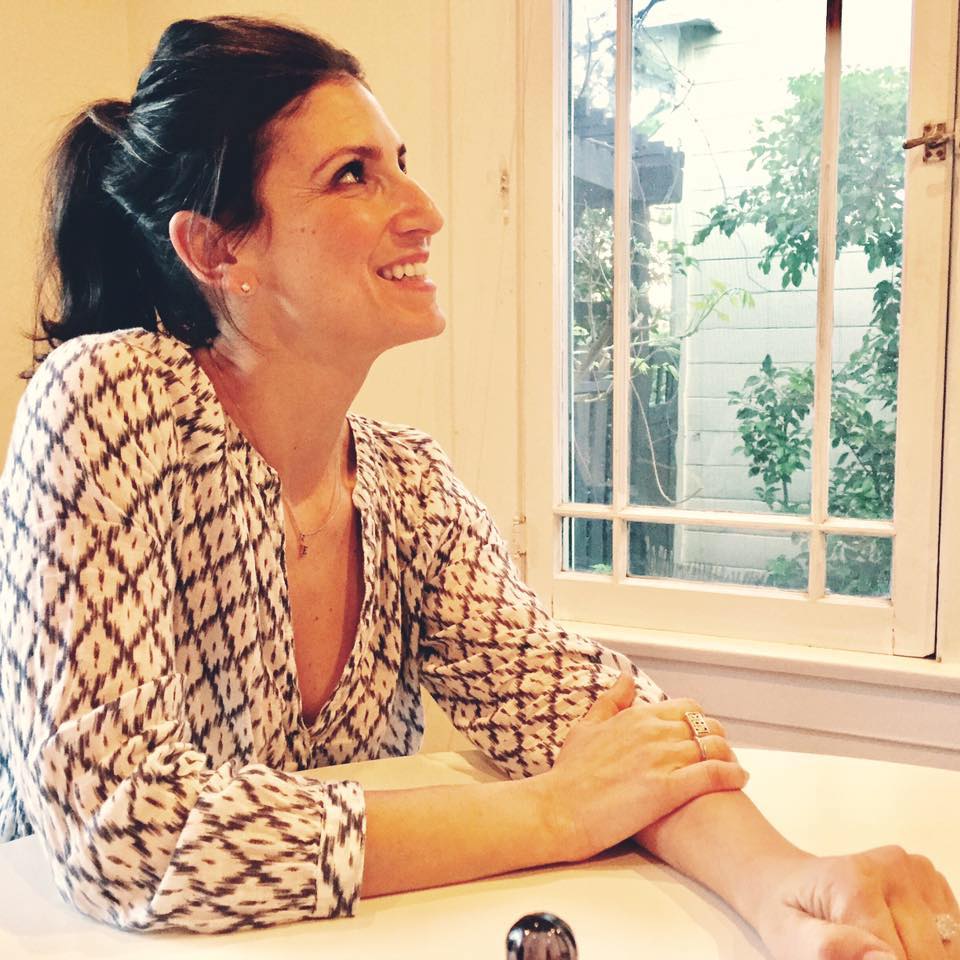 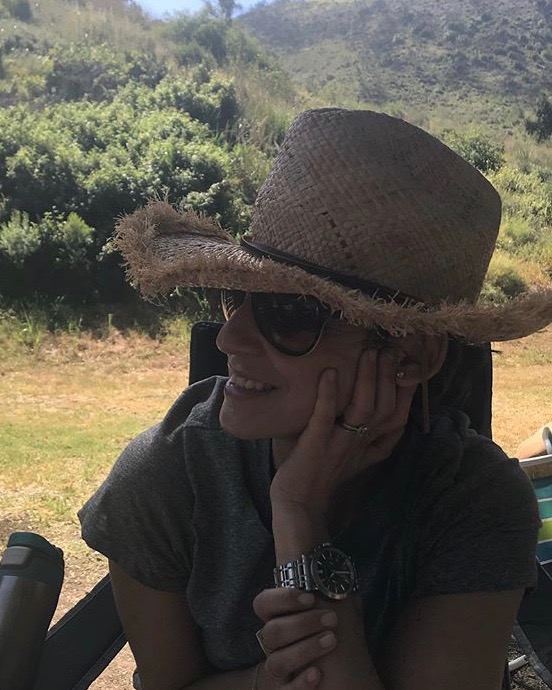 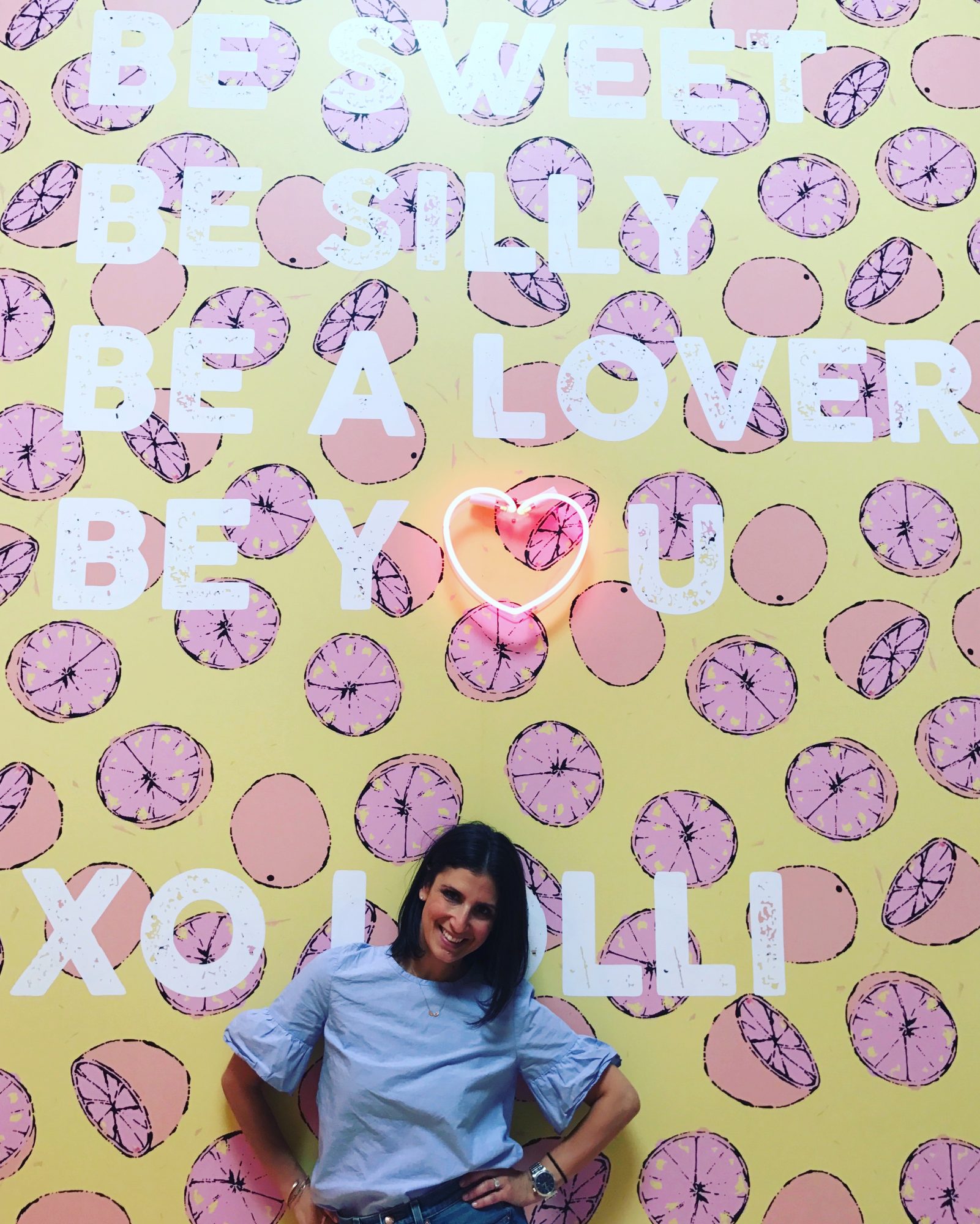