Conversations with the Inspiring Merilou Salazar 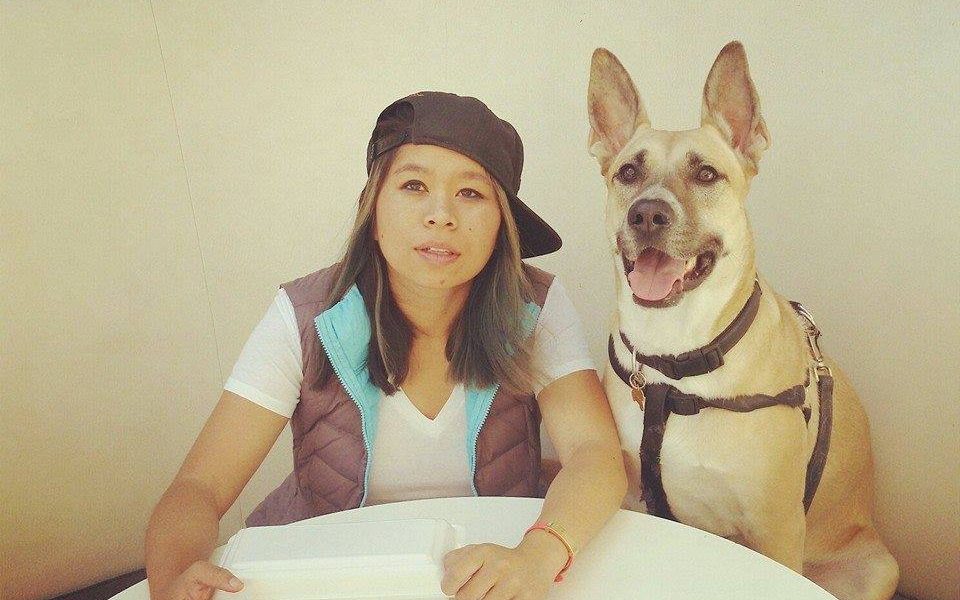 Today we’d like to introduce you to Merilou Salazar.

So, before we jump into specific questions about the business, why don’t you give us some details about you and your story.
I started playing music in high school. I was in this after-school media/journalism program, and we were doing a kickoff party for the webzine we had been working on. Someone at the meeting was like “we should have a band perform.”

I felt my body go into “fuck it” mode. Before that moment, I just played guitar by myself in my bedroom. Wrote songs/lyrics and listened to music. I had a little Fender Squire I would practice on with a little Fender amp to go with it. It was always just a kid’s dream to go up on stage and actually rock out with a “band.” But at that moment, I just

But at that moment, I felt like I had to take that leap. So I raised my hand and said: “I have a band.” I had been in this after-school program throughout the whole school year, so the whole crew was pretty surprised when I randomly dropped my “band.” They were like “oh wow, didn’t know that! What are you guys called?” And I was like “we’re still working on the name, but we can play the party!”

They gave me the ok for us to play that afternoon. However, I didn’t have a band and had two and a half weeks before my first show. I called up some friends that day who I assumed played music and they were too nervous (for obvious reasons). One of my good friends did say “you should talk to Jessie though. She plays bass!”

I didn’t know, but she was in my physics class. So the next day I walked up to her and said “Hi, I’m Merilou. I hear you play bass. You want to start a band?” She was like “Well I have a bass and sure.” And I was like “Cool! We got a show in two weeks.”

We pulled together two other friends who played drums and lead guitar, wrote a 30 minute set about high school days, shitty cafeteria food and people we had crushes on. We played that show as fearlessly as we could. And from there, this dream sparked that I can do this music thing for a lifestyle.

That year I got into Cornell University for economics. But this fire in me felt like there was a whole world of art, music, and creativity right here in LA that I need to explore. My whole life I was raised to pretend to be someone I’m not, and at this time of my life, I was finally finding myself. I came out as gay, found this amazing passion in music and art and moved out to Los Angeles to go to UCLA for a major in women’s studies.

Throughout school, I would lock myself in my apt and just write. Live life, play rugby and write.

Writing music now is the best way I know how to communicate. I write every single day even just for an hour or two in the morning. I get to collaborate with amazing artists, play amazing shows and tour the country with my band. Jessie and I are now engaged too!

We just released a new song called outsider produced by Hunter Burgan of AFI. Thinking back to my high school self and how clueless I was of the world I was entering into I would’ve never EVER thought that I’d be sitting in a room with Hunter creating ideas that will last a lifetime.

Nowaways myself, Jessie, Lindsay, Cindy and Kai are definitely a WASI powerhouse of ideas, support and motivation! We’re a dream team that laughs alot on the road. It’s rad to create with encouraging energy and have folks to just bounce ideas off of all day. We’re excited for the future.

Great, so let’s dig a little deeper into the story – has it been an easy path overall and if not, what were the challenges you’ve had to overcome?
It has definitely not been a smooth road!

I think as soon as I decided to go into this world of music, it’s been an uphill battle. Everything I do is self-taught without any parental support growing up. SO that in itself pushed me to my boundaries of mental health and really honing in on what I truly believe in.

But what’s great about the hard moments is that I’ve failed a million times, and just got back up and did it a different way. Be it business decisions, songwriting decisions or relationship boundaries. These inner struggles affect the art so much, so being self-aware is so important.

Advice for women – give yourself the love you deserve. I feel like more often than not I was doing free work, doubting myself and just putting myself around energy that used me. I didn’t think I was good enough to really get the love that I truly deserved. That work had to be done on my own (which I spent 2018 basically doing). So love yourself and draw boundaries with people that will treat you otherwise.

We’d love to hear more about your work. What do you do, what do you specialize in, what are you known for? etc. What sets me apart from others?
I am the vocalist/songwriting and co-producer of my project WASI. WASI is mine and Jessie’ child since late 2014 (with our first ep released 2015). We write songs for the underdogs. My specialty is my lyrics. I can sit with a song and just hammer out lyrics and melody in an instance – not saying it’ll be the greatest idea ever but just that doing that a million times brings me closer to the lyrics and melody that is just perfect.

I guess we’re known for our high-energy, and mentality. We hone in, own our riot pop sound and fearlessly let out our pop songs with energy and authenticity.

I am most proud about the community we’ve built that believes in the work we create. I can say our sound is uniquely our own, and we ROCK THAT. And I am SO grateful for the folks who show up at shows, help us with videos, share our songs and really connect with what we’re doing.

In fact, inspired by the community my friend Mayra and I created a festival called Women F**k Shit Up Fest. That festival even reached the Washington DC community. There is nothing more powerful that community. Having friends and community shapes your identity as a human being.

I’m not the Mariah Carey vocalist, and I’m never going to pretend to be. When I perform, I’m going to give you a shy woman who was once scared of the world and now faces it with every ounce of power in her. My writing and performance convey those feelings, and I’m excited to keep growing in that direction and to keep touching people all over the world.

Do you have any advice for finding a mentor or networking in general? What has worked well for you?
What has worked best for me was always having someone to bounce ideas off of. I think every single day I’m coming up with something but bouncing it off of someone takes that idea to new wavelengths.

Find a mentor who inspires you. Doesn’t matter what names they have attached to their belt, find someone who treats you respectfully, believes in you and is a kind person. Those qualities are going to get you so far in this marathon of the music industry that it’s ridiculous how many people don’t abide by that.

In regards to networking, if you find a band or vibe with someone at a bar, talk to them. You never were that relationship is going to go, even if it’s just a “hi! I like your shoes”. It’s not about being super extroverted (because I definitely am not). It’s about finding the right people and opening up the doors for yourself.

Something that has worked for me was asking the question “what can I do for you.” It’s not about “me me me” in this marathon. It’s about true connection and being there for each other while we each work to create our best work. 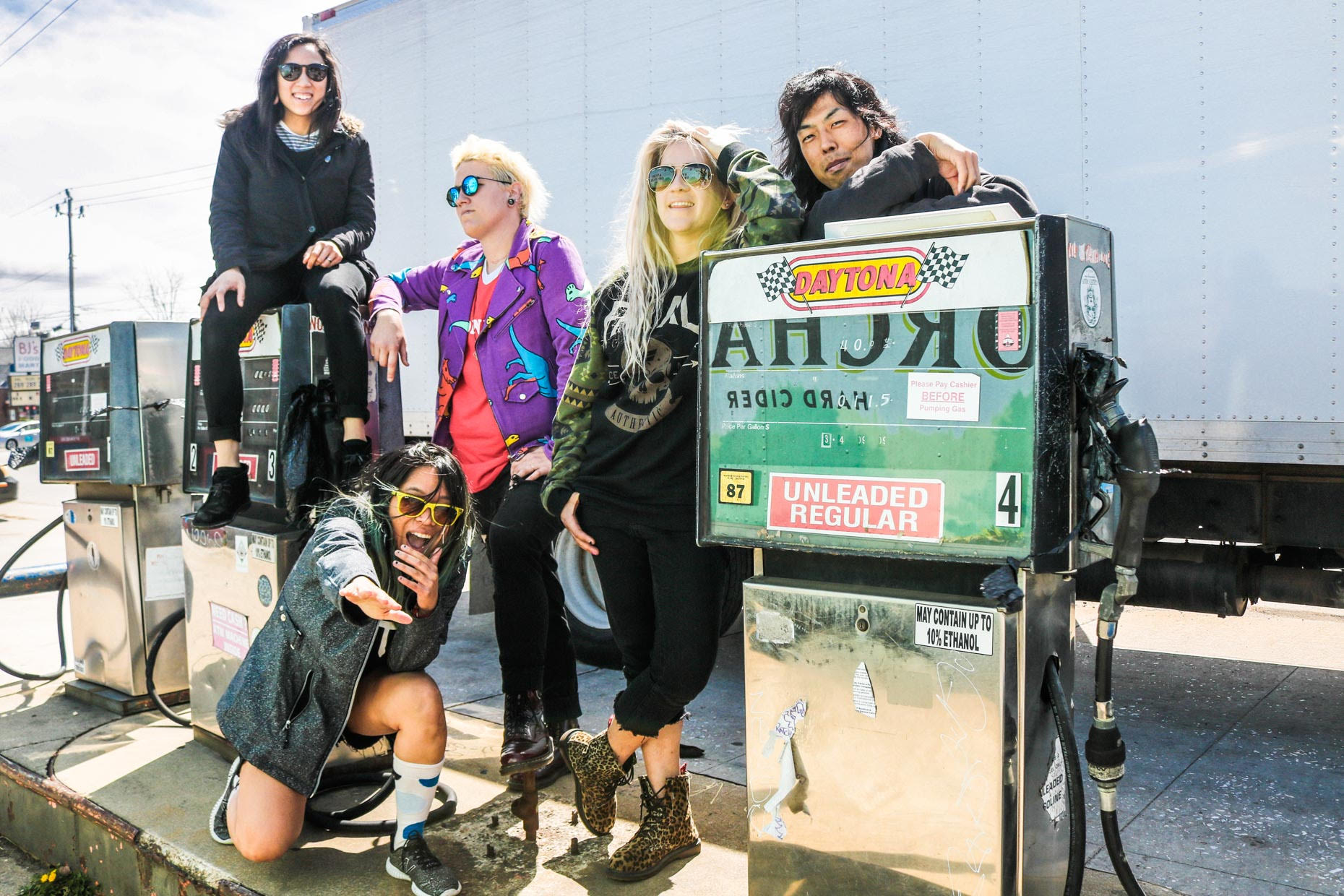 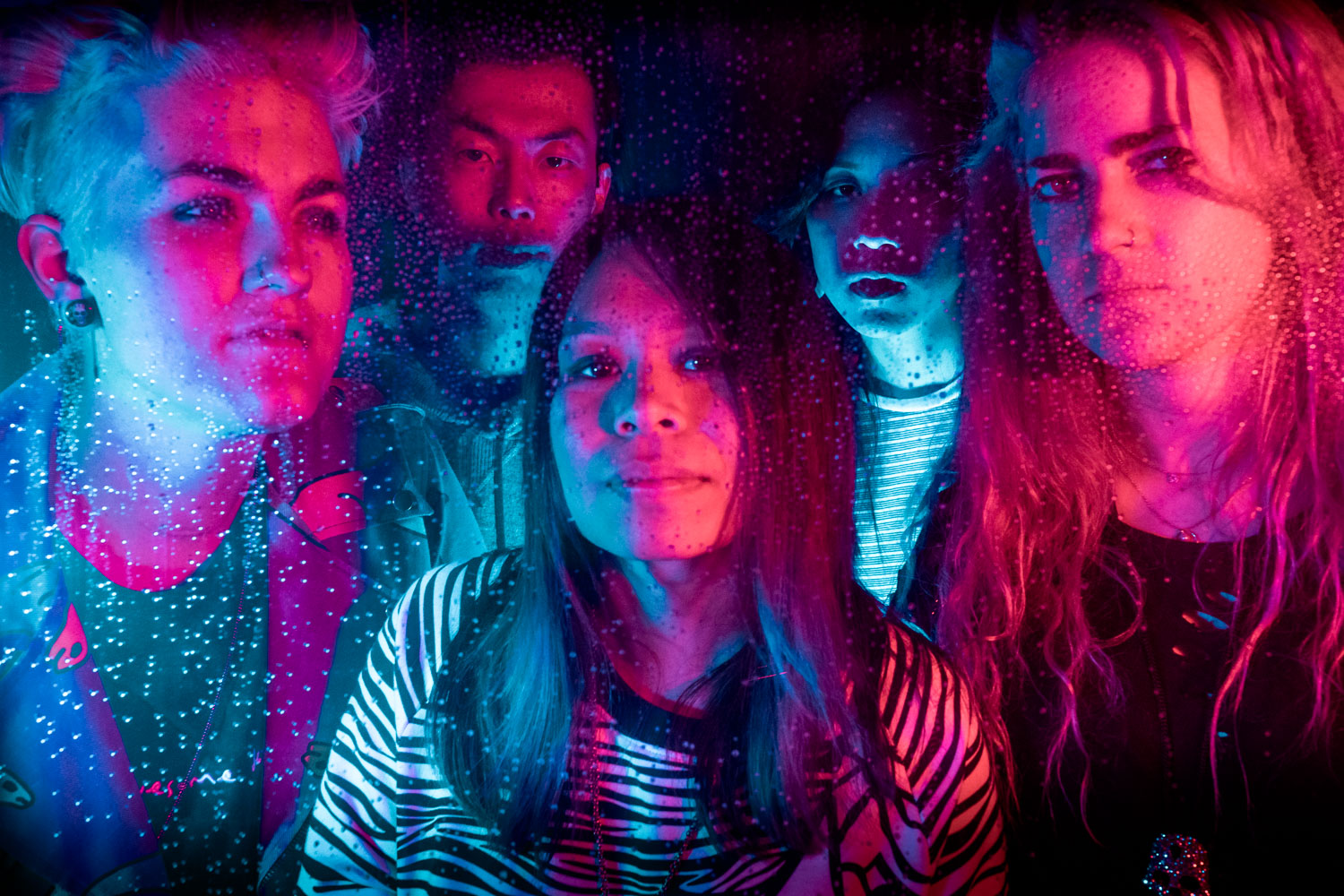 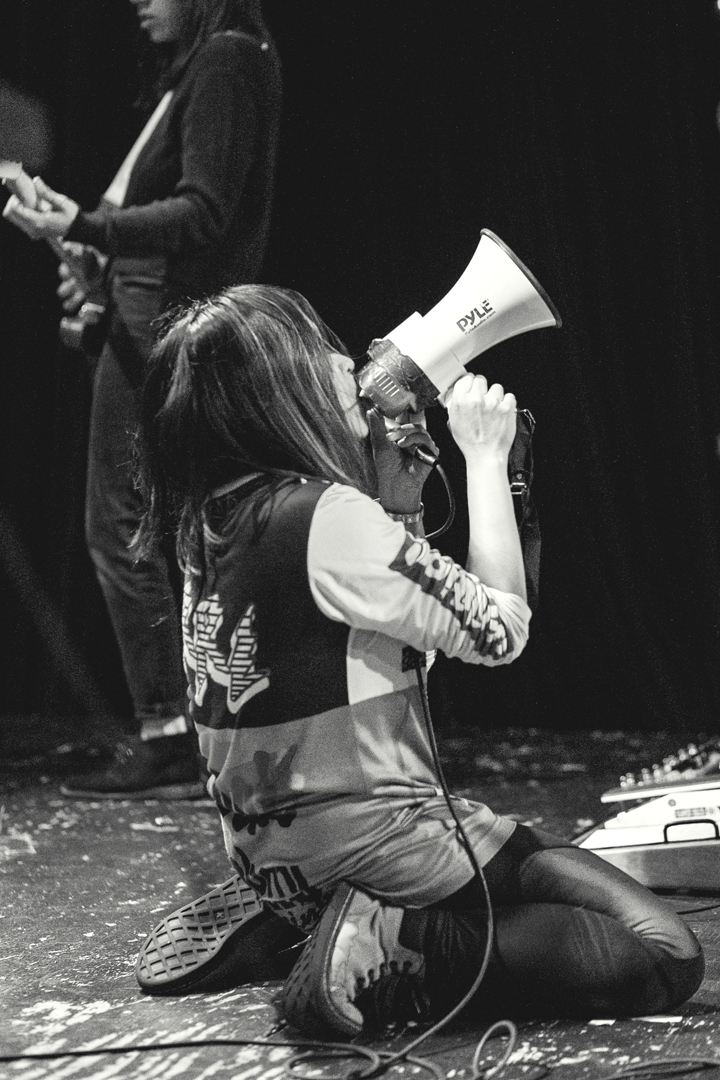 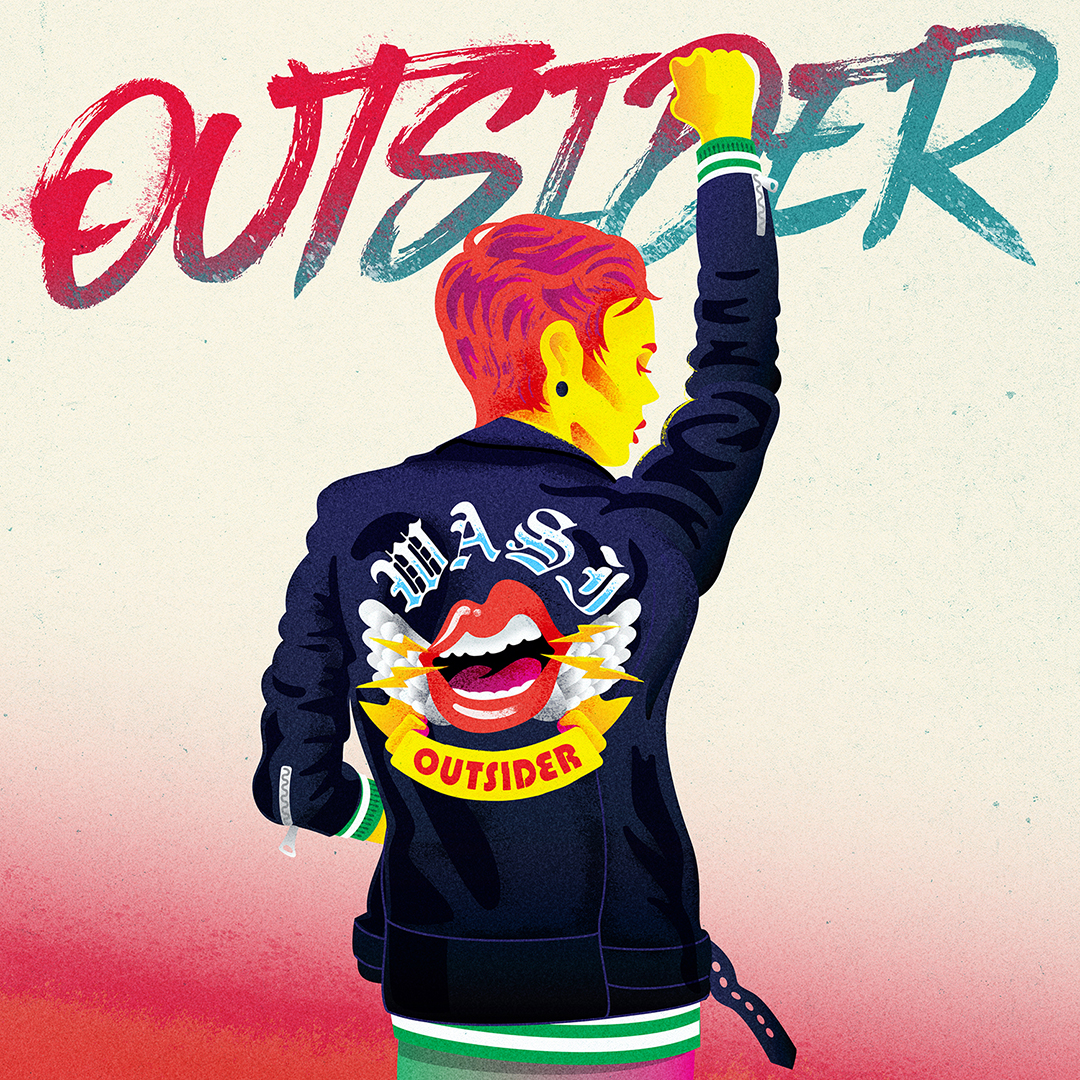