Conversations with the Inspiring Lynne Jenkins 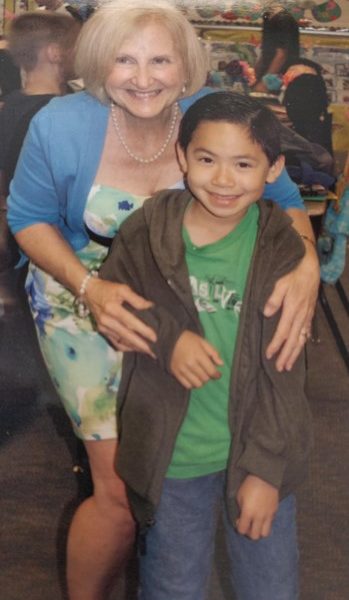 Lynne, can you briefly walk us through your story – how you started and how you got to where you are today.
I was raised in a small town called Jewett, Ohio, in a rural area. It is located in the eastern part of the state. My father was a doctor, a pharmacist, developed his own X-rays, and sometimes delivered babies in our family car since the closest hospital was approximately 45 minutes away. He also made house calls. I had three older sisters and one younger brother.

My dad sent me to Andrews School for Girls in Willoughby, Ohio to keep me away from the boys. When I graduated from Andrews, I went to Bowling Green State University. That is when I decided to become a teacher. I always connected with children and I wanted to help them achieve their goals. Teaching became my passion!!!!

On February 16, 1963, I married Jeff from my hometown. We were both teachers. We had two boys Deron and Mark. Deron was one-half years older than Mark

Overall, has it been relatively smooth? If not, what were some of the struggles along the way?
The first seven years went smoothly and then something horrific happened! We took the children swimming in a city pool. The chlorine level must have been  low because Deron became very sick the next couple of days. We were at my dad’s house. My dad tried everything to help him the first day or so and then said that we must get him to the hospital. The doctors did a spinal tap and said Deron contracted influenza meningitis. He almost died! Later we found out he became profoundly deaf. From meningitis, you can become blind, deaf, or mentally retarded.
Many marriages break up when something like this occurs. Because of our faith in the Lord, we were able to gain our strength back. We still are married and celebrated our 55th anniversary in February.
Because there was only one deaf school in Ohio, and it was a boarding school, we decided to look elsewhere. We wanted Deron to stay with us. We moved to St. Louis and Deron went to St. Joseph’s Institute for the Deaf. It was very difficult because there were not many teaching jobs available. I found a job teaching at a preschool. Eventually I became the Childcare Director. My husband taught French so it even made it more challenging. In 1978, we moved to California because there were many different choices for children with hearing problems there. I was able to get a teaching aide position at Deron’s school. It was wonderful to work in the room next to him.

The only advice I had for beginning teachers is that teaching needs to be your passion. That goes for any job you pursue! When I taught, I just loved it so much that it didn’t seem like work. My job gave me so much joy and happiness!

What should we know about Lynne Jenkins? What do you do best? What sets you apart from the competition?
One day I saw in the Pennysavers (a magazine for things you are selling or looking for a job) that First Christian Church was starting a private school and needed a director and a teacher. They already had a preschool and kindergarten class. Since I had experience in both, I was hired. This was the beginning of Huntington Christian School. I taught first grade there from 1980 until 2014. It was my home away from home. I would be working from 7:00 a.m. until 5:00 p.m. and grading papers until 8 or 9 at night. I would often go to school and work on the weekends. It was so rewarding for me. I gave more than 100 per cent. I found teaching exciting! Something different every day! Every morning, when the children would come in my room, I would give them a big hug. Some children would hug me so hard and maybe one or two didn’t need a hug. I was there to meet each child’s needs individually. I was firm, but a lovable teacher and always used positive words in class. I tried to meet each child at his/her level. If I knew a child could handle it, I would push him/her harder. I would never give up on a child. School wasn’t easy for me, so I could relate to the ones who were struggling in school. I would work with a child until the skill was mastered. I also knew how to motivate the gifted children. My father was very strict. I attended a strict private school, so I knew I wanted to thoughtful and encouraging to my little students.

I never liked school when I was growing up because I never got any attention and school was hard for me. I was very quiet so I fell between the cracks. I wasn’t going to have that happen to the children in my class.

I would do all my lesson plans in the summer so I could just enjoy and spend more time during the year doing other projects. For Open House, I would have every wall covered up with interesting projects. I never felt like I was competing with others but I would compete against myself. Every year had to be better than the previous years. I had ant farms, painted lady butterflies, silkworms, and a pet rat in my room. I would carry my rat on my shoulder.

What I was most proud of was seeing how far each child came from the first day until the last. It was such a blessing to see when the light bulb would come on and they were able to achieve a task that they were struggling over at the time.

What set me apart from many of the teachers is my determination and patience. Also, teaching just came natural to me. Some teachers would get straight A’s in college, but couldn’t teach. Teachers would ask me how do you control the children so well and I really couldn’t give them an answer. I just did it!

I would have three treasure chests: small, medium, and large. Each Friday the children would take the tickets they earned and go to the treasure chest. Some would save them for a bigger prize the next week. Also if you would get so many tickets, you could eat with the teacher, be the teacher during the day, or bring any kind of food you want and eat it all day. Also you could have your special friend sit next to you for the day. All of these privileges made the children want to be in school and it highly motivated them.

One of my special gifts was being organized and getting projects done early. I also had the gift to keep parent aides busy. No matter how many parents were helping me in the classroom, I always had something for them to do.

What do you feel are the biggest barriers today to female leadership, in your industry or generally?
I feel the biggest barrier for teachers in the younger grades is technology. Parents and principals are constantly pushing their children to the limits and not letting them be children. This is the biggest difference I saw in the 41 years I taught.

The last few years of teaching, we were told to use our promethean boards (smart boards) and teach the new math, etc. Most parents were impressed when you start using new techniques. Because of time constraints, we are pressured to teach these new techniques and the students who struggled with these new techniques are left behind. For example, to teach coins, each child would have their own coins, and they would learn how to count money. The new way, one or two children could come up and count the coins out while the other students would watch. That leaves the two children that are up at the board learning while the other student’s minds were drifting somewhere else!
With the new math, I was teaching Venn diagrams: mode, medium, and range and algebra to first graders, something usually taught when they get to fifth grade.
I also was teaching thought problems instead of concentrating on the children learning their basic math facts. It is like playing a football game without learning the plays.
Before, I used a stopwatch to time the children every day until they had mastered their addition and subtraction facts. With the new math you used the number chart and hope eventually the children would learn their math facts.
I tried to do both ways before I retired, but it was draining on both the children and me.

If the schools administrators would just have left it alone, it would have been so much better. The old way, the children learned to read and write printed letters first and they all learned together. All documents you sign, you need to print. Later on in second or third grade, the children should learn how to use cursive, not just learn the keyboard to do everything on the computer.

I also feel the smart boards are wonderful teaching tool for older students in the second or third grade and up, but not for the younger ones. If you do it in the earlier grades, the children will be burned out by the time they reach the older grades. The children need to be able to act like children in Kindergarten and first grade.

This is just my opinion, for whatever it is worth. I’m just glad I was able to teach when there wasn’t so much pressure on the children! Maybe some days, we will see the light! 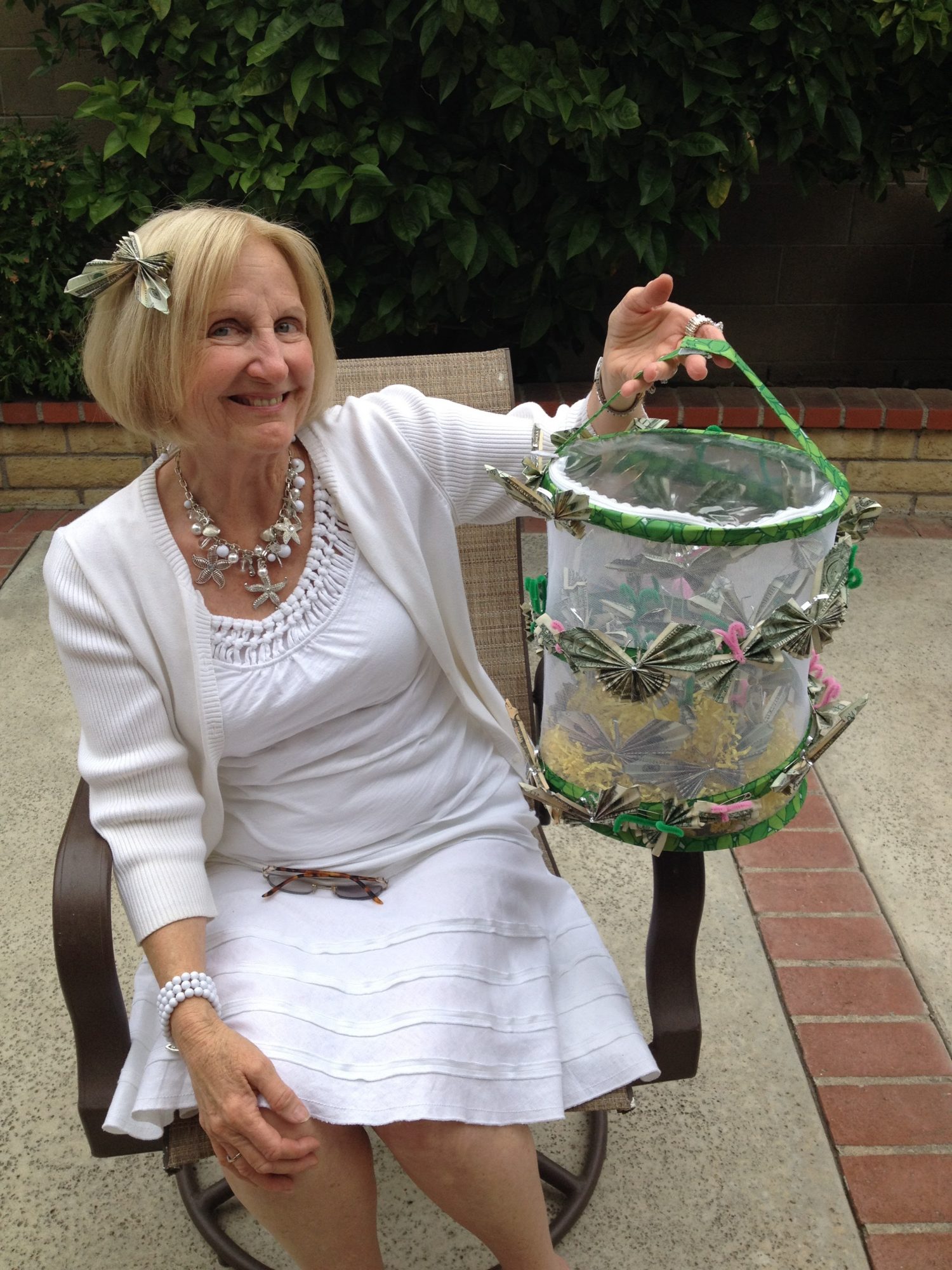 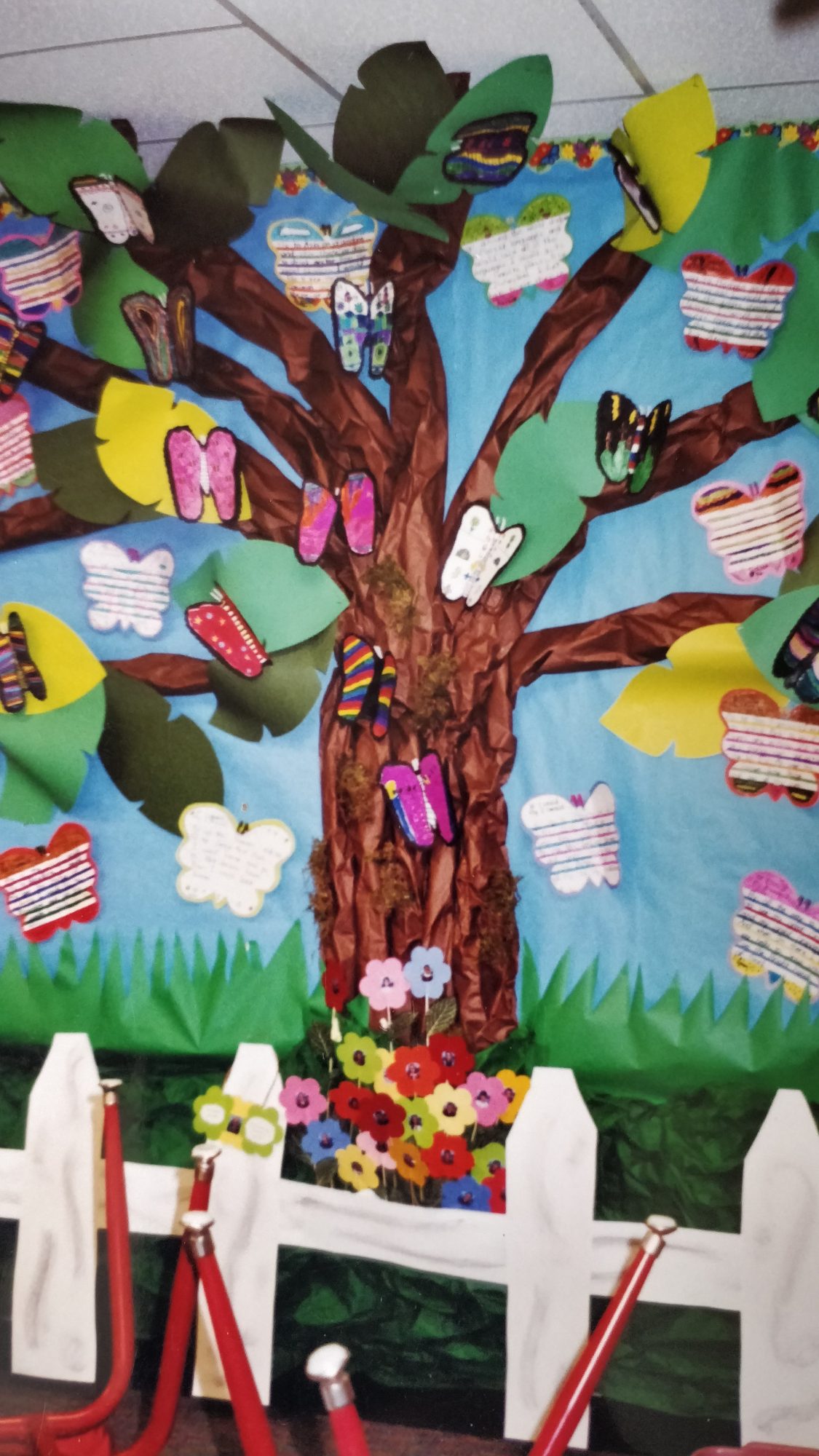 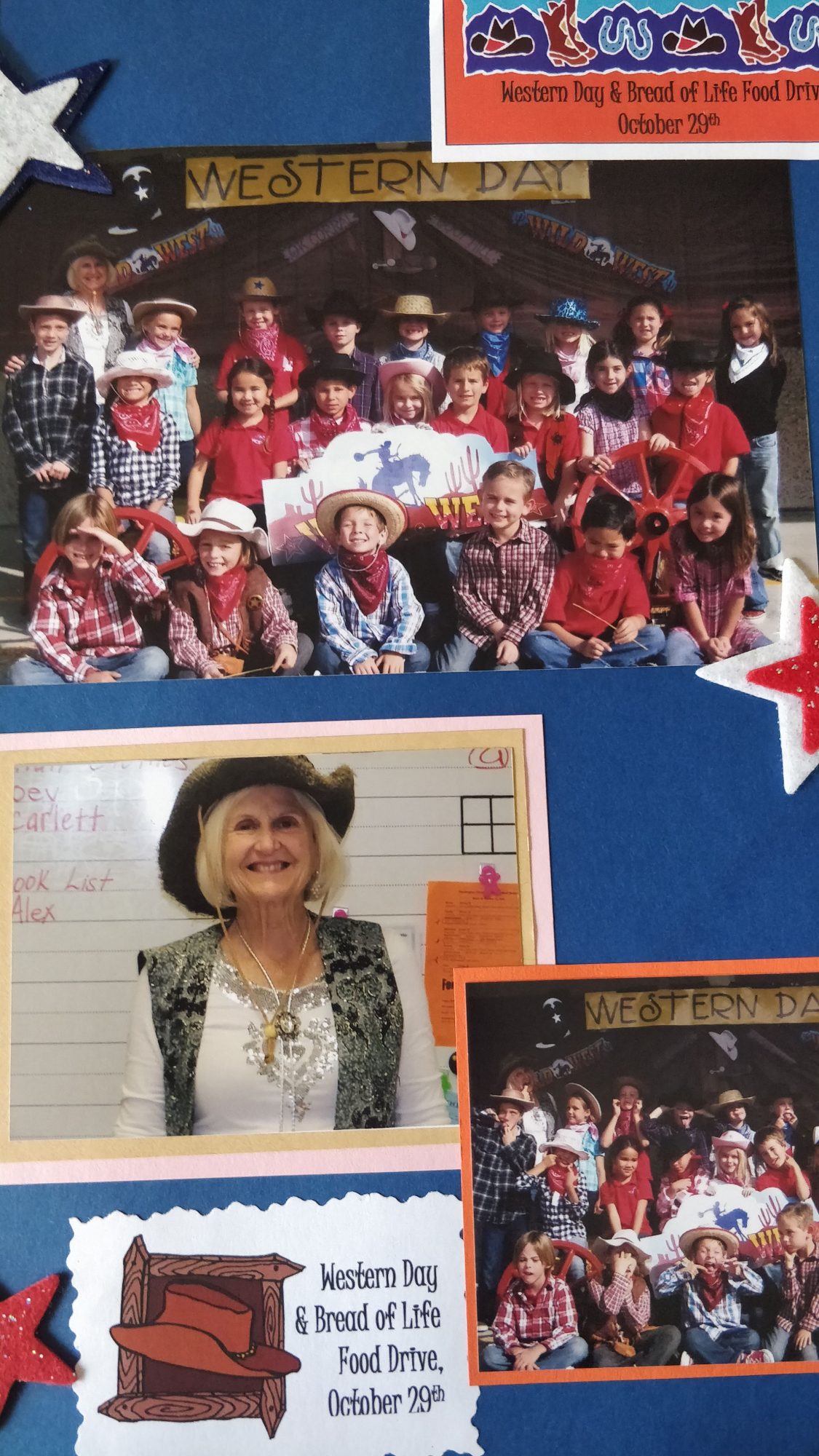 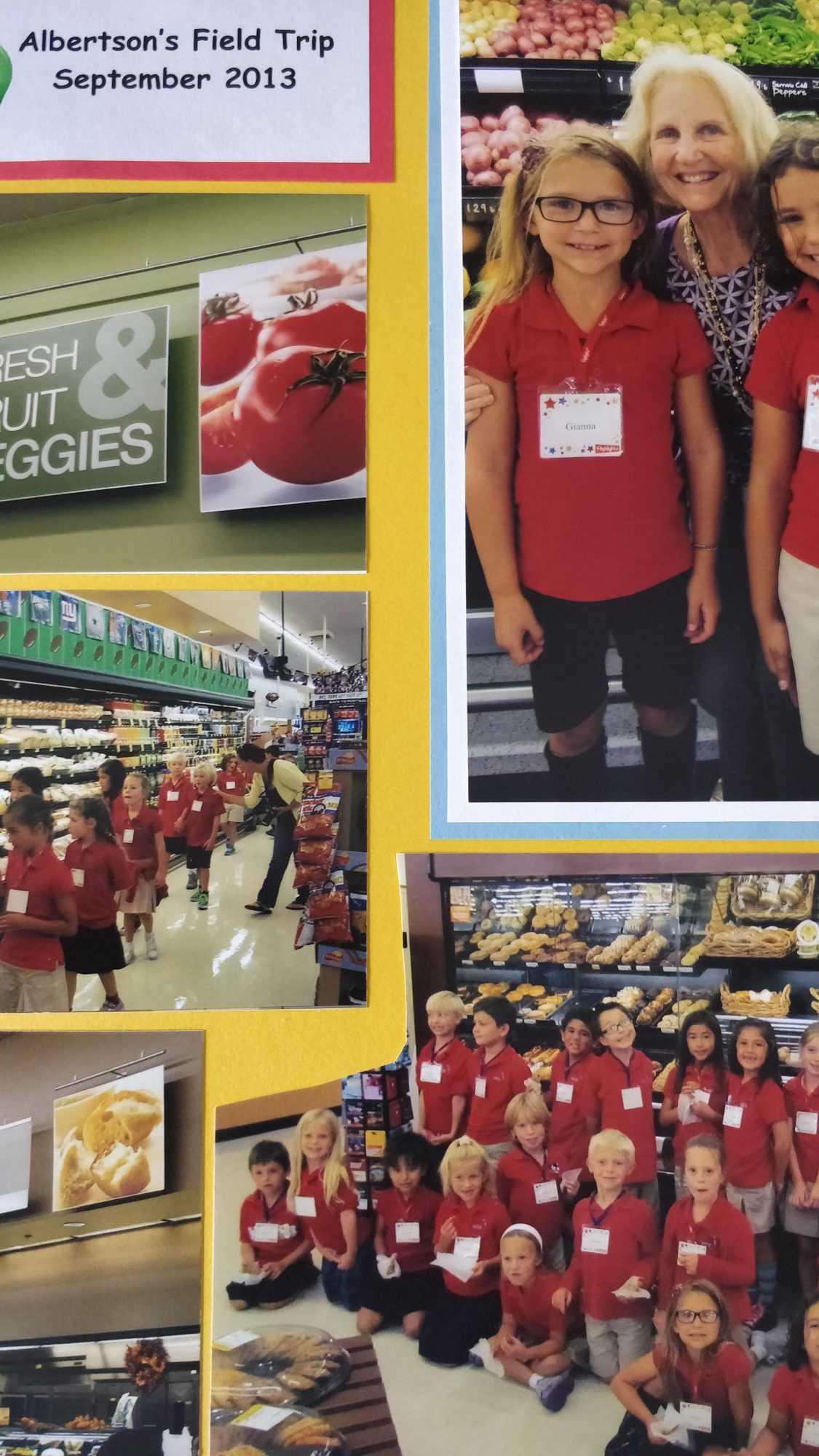 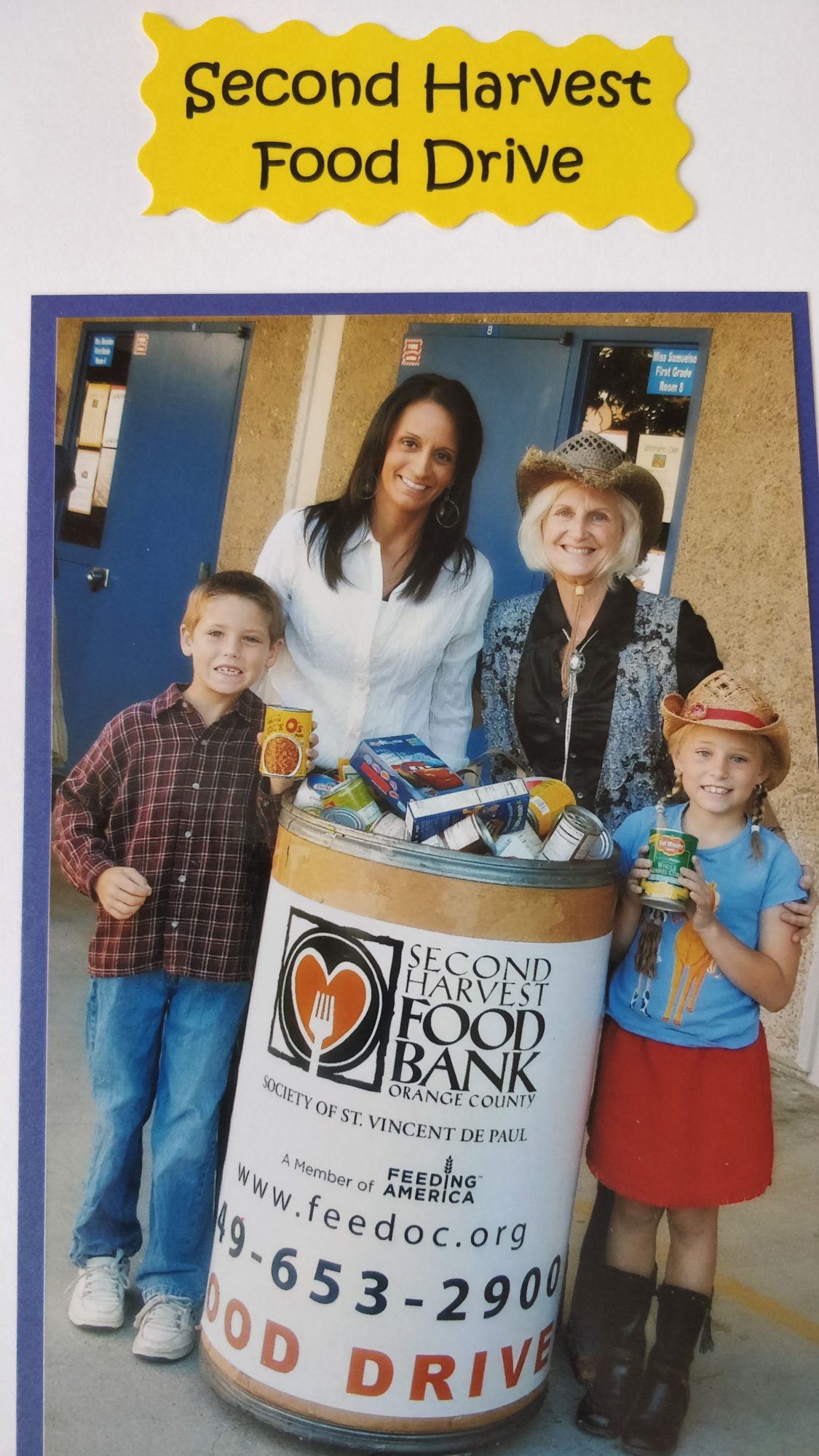 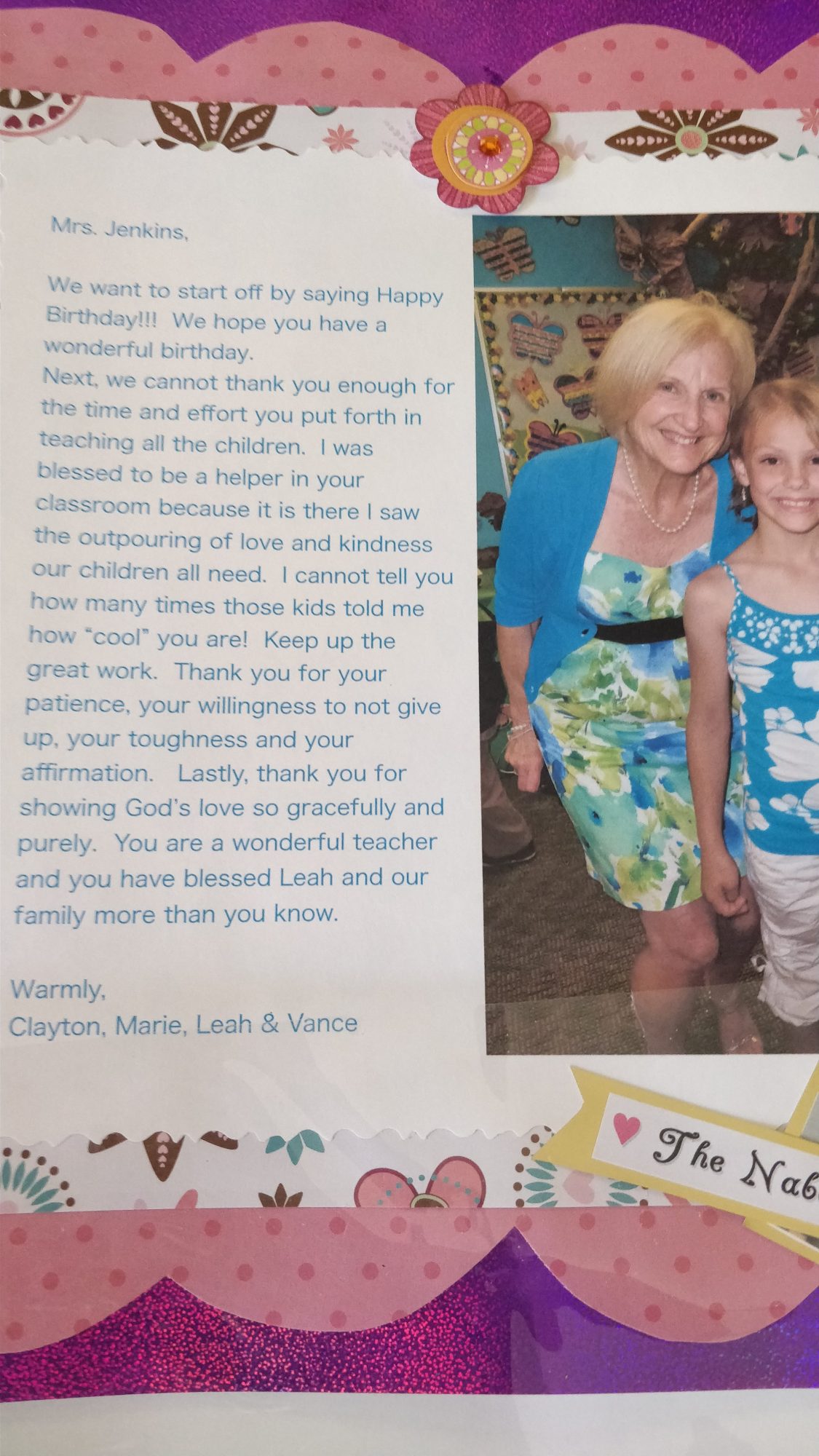