Conversations with the Inspiring Kate Ferber 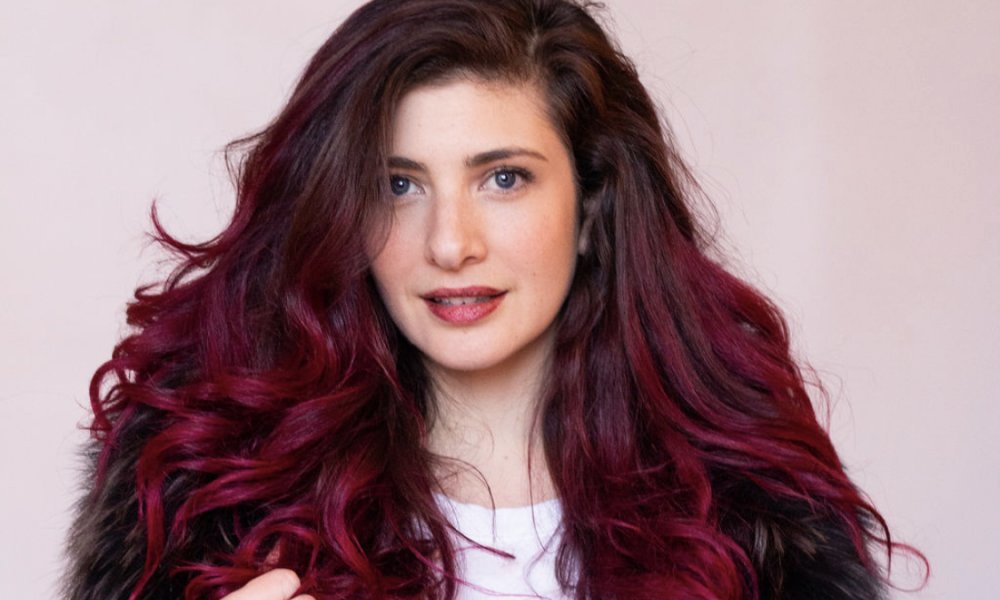 Today we’d like to introduce you to Kate Ferber.

So, before we jump into specific questions about the business, why don’t you give us some details about you and your story.
My path has just followed Music. Not sure what else to say.

Songwriting started at age twelve. I sing, I play keys, I write and write. I couldn’t stop if I tried.

I am the happiest when my voice is in the middle of a stack of other voices singing some deep chord. I moved from NYC to Topanga at the start of 2019, and the thing I miss most is singing and performing with my community. I’m going to list these people and you should have your search engine ready! Shaina Taub, Jo Lampert, Grace McLean, Dallin Applebaum, Mike Brun, Liana Stampur… there are several others. Shout out to you, my forever crew.

In LA, I have felt at home right away because the number of New York ex-pats seems to grow exponentially. If you’re an LA-lifer and that makes your brow furrow, let me just say: THANK YOU for sharing a slice of sunshine and peace of mind with us. We need it badly.

I released my album, The Great Thaw, in 2017 and am about to record some more. I’ll be playing a show in LA in late July co-headlining with Brittany Campbell, so stay tuned to kateferber.com for that.

I sang harmonies with the shockingly talented Carrie Manolakos at Hotel Cafe in April, and June 11-13 I’ll be singing and playing keys at The Satellite with John Early, a supremely hilarious gift of a human. You should definitely come to that.

I also co-wrote and recorded “She Persisted” on Shaina Taub’s most recent album, Die Happy, and “Late” with Brittany Campbell on her album Stay Gold.

Before all this, I co-wrote and performed a show paying tribute the late great Laura Nyro all over the North East, starred in Ghost Brothers of Darkland Country (a Southern Gothic musical by John Mellencamp, Stephen King, music directed by T Bone Burnett) at The Alliance Theatre and on tour, associate music directed and performed in Cleveland Playhouse’s Little Shop of Horrors, and sang/played with the likes of Lorde for her live VEVO videos at Electric Ladyland, Max Frost on tour opening for Fitz and the Tantrums, and of course, that amazing crew listed above.

Great, so let’s dig a little deeper into the story – has it been an easy path overall and if not, what were the challenges you’ve had to overcome?
I’ll be real with you… the development of spiritual practice has significantly smoothed the road. The love of my life and I drove across the country to seek the quiet, the beauty, the mountain, the sky of Topanga. The more I meditated and studied, the more New York became an absolute overload.

Now, nothing but Magic will do. This is the standard that my system has set for itself… songs pour out and kindness is easy because everything is me and I am everything.

Mindset and self-talk create reality. Your focus creates your reality. That is something you are responsible for.

Please tell us more about what you do, what you are currently focused on and most proud of.
I specialize in all things music. Writing, singing, vocal arranging, music directing, playing piano/keys, also vocal coaching and teaching. I happen to be a yoga and meditation instructor as well.

What sets me apart? Range, ear, groundedness, authenticity… I’m a Rock Star but I’m not a Diva!

Who do you look up to? How have they inspired you?
Laura Nyro… her under-recognized yet undeniable influence in the 1960s shaped what it is to be a woman and a songwriter and a performer simultaneously.

Shaina Taub and Jo Lampert… my sisters in music and heart.

Meshell Ndegeocello and Georgia Anne Muldrow… these musicians are the root the trunk and the branch and we all grow out of them and cling to them like leaves.

Bjork… [insert gratuitous worship blurb even though she needs no explanation]

Becca Stevens… her creativity is spinning a vast web

The women of Everytown for Gun Safety and She’s The First. Please look at these organizations up and contribute what you can.

Emily King and Sara Bareilles… torch carriers, unique voices with extreme talent who can do no wrong.

Of course, Joni for the warmest chord I ever heard.