Conversations with the Inspiring Harriet Fisher 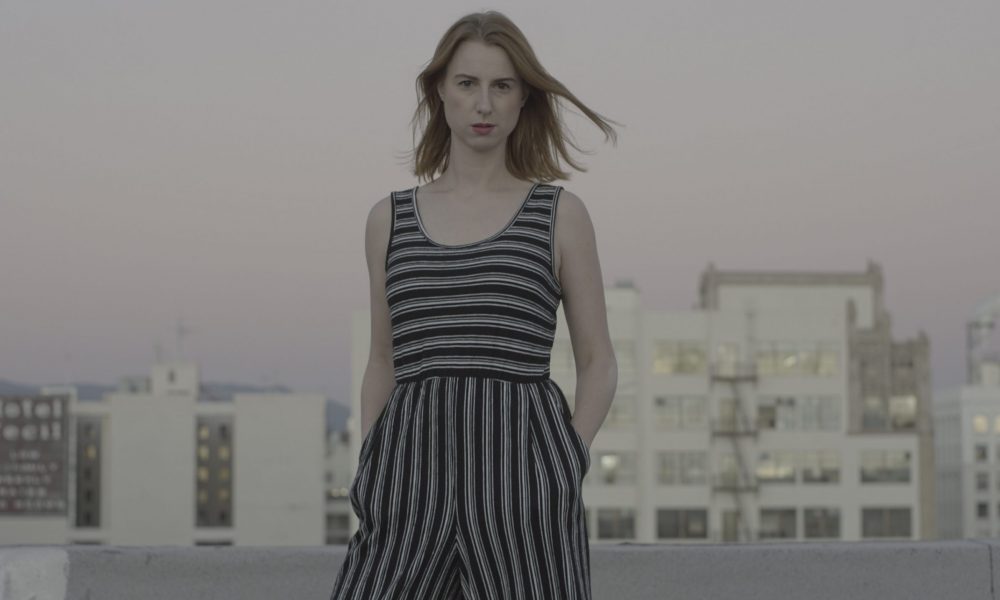 Today we’d like to introduce you to Harriet Fisher.

Harriet, can you briefly walk us through your story – how you started and how you got to where you are today.
I first started making comedy whilst at Loughborough University in England with a group of friends. We did it by accident. I was studying drama and fell in with a brilliant group of ladies who were full of life, wildly intelligent and made me belly laugh. But we never saw ourselves as comedians. We were serious actors studying serious things and all we knew was we HAD to take a show to the Edinburgh Fringe Festival. We’d heard of this grant that was shrouded in secrecy, a way that the university would give you money to take a show to the festival. Surely, this wasn’t true? But it was, and it seemed as if no one else knew that this magical pot of money existed. We worked tirelessly on a pitch for a play we would write and produce about famous women in history who all found themselves in purgatory together. It was mediocre at best and our lecturers made that very clear to us! Luckily, one of them saw something in us and asked us why we’re trying to make something that we weren’t excited about? Why didn’t we write a sketch show? That’s what you do in class all the time and don’t you love comedy? We did love comedy, but we had never thought this was an option for us. We went back to the drawing board and wrote a 50-minute sketch show, that got us that grant and took us to Scotland for a month and there, my love of sketch and comedy was born.

I then went on to study at East 15 Acting School in London and have been lucky enough to have been creating comedy ever since. I was the founding member of critically acclaimed sketch group Vinegar Knickers and we enjoyed three sell-out runs at the Edinburgh Fringe Festival as well as being nominated for the New Act of the Year in London in 2014. I played roles in BBCs ‘Lee Nelson’s Well Funny Show’ and popular online channel Dogged Films and continued to write on many comedy projects.

Then, five years ago, me and my husband decided we wanted to make a change and made the move to LA. One of the best decisions I made when arriving was to start taking classes at The Groundlings. The training at The Groundlings is truly brilliant in acting, improv and sketch comedy and I am so grateful for the doors it has opened for me. This is where I met my sketch and improv team Maiden Voyage, we have written and performed numerous shows for the Comedy Central stage, have a monthly improv show at Three Clubs and have been fortunate enough to have our content featured on Funny or Die and Whohaha. Groundlings also introduced me to my writing partner Catherine Donnelly and our series ‘Building Managers’ has recently been accepted into various film festivals and has been nominated for a number of awards.

I feel very lucky to have met all these amazing women who are so driven and interested in making new comedy. I’m really excited to see what is next for us all!

Overall, has it been relatively smooth? If not, what were some of the struggles along the way?
The road has certainly not been smooth and still isn’t! I feel that being an actor we are always looking for someone else to validate us, someone to tell us we got the role, we can be in their project, we’re good enough and that is exhausting! My first year auditioning for drama schools I didn’t get in anywhere and I felt very lost and unworthy. I just didn’t know any other way of breaking into the acting industry apart from the path I’d seen others tread before me. Go to drama school, get an agent, work. I did eventually get offered a place at East 15 Acting School but the path I thought I was on certainly didn’t lead to un-ending work. I left drama school with no agent and felt lost again. What allowed me to feel empowered and in control of my own career was when I began making my own work. From writing and producing live sketch shows at The Edinburgh Festival, I was able to get an agent and those shows led to job offers and people asking my sketch team to work with them.

So, I guess my advice would be:
– Make your own work. And make it about something that is personal to you and makes you feel. People can see when you are passionate about something and that is infectious!
– Take classes at a variety of places, you never know what you will learn and when you’re going to meet someone who has the exact same sense of humor or taste as you. Or someone who just makes you excited about a project!
– Write every day, if you want to be a writer/performer. Even if you think it’s terrible, at least you wrote something!

What should we know about your work? What do you do best? What sets you apart from the competition?
I am a comedy writer/performer and can be seen most weeks performing sketch and improv with my all female team ‘Maiden Voyage’. We have recently launched our new website where you can see lots of filmed sketches as well as info about our live shows www.maidenvoyagecomedy.com. Our focus as a group is to make a female-driven comedy that is accessible to everyone, it is about the female experience and we pride ourselves on our work always coming from a place of joy!

I also have been working on a webseries for the last year and a half with my writing partner Catherine Donnelly called ‘Building Managers’ about Cody and Camilla, a Brit and an Angeleno who land their dream jobs as apartment building managers. Overconfident and extremely under-qualified, they seem to cause more problems than fix things. Our series has been featured on Funny or Die and Stareable and we have recently been accepted into a number of film festivals with several award nominations.

My next project is actually with my husband Mark Elias. We have been writing a comedic series about a woman who finds herself with superpowers she absolutely does not want! I love to write about unusual heroes and fish-out-of-water and am excited to continue along this path.

Do you have any advice for finding a mentor or networking in general? What has worked well for you?
I personally hate the word networking! It feels schmoozy and impersonal and scary! I have found that if I approach it as just talking to people about things we are all interested in it feels much less daunting. I also believe that if you can find common ground that is not about acting or writing (or whatever field you are working in) and just something you are both excited about, everyone relaxes and you can just have a normal conversation instead of feeling pressured to ask the right questions.

A mentor of mine said to me recently, ‘ask for everything and always be polite’ what’s the worst that can happen? They say no. You’re in no worse of a position than you were before! 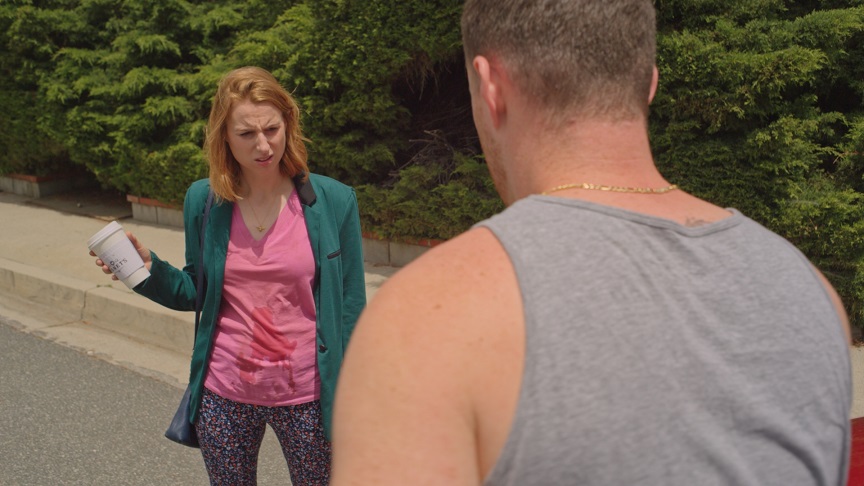 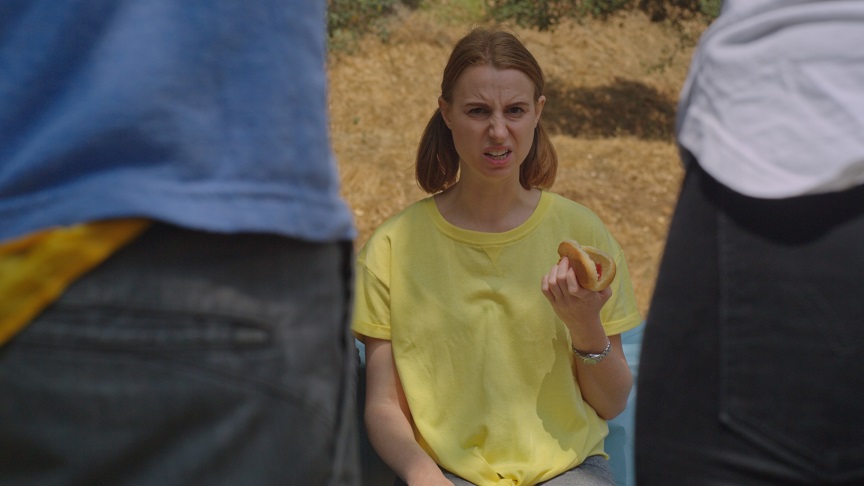 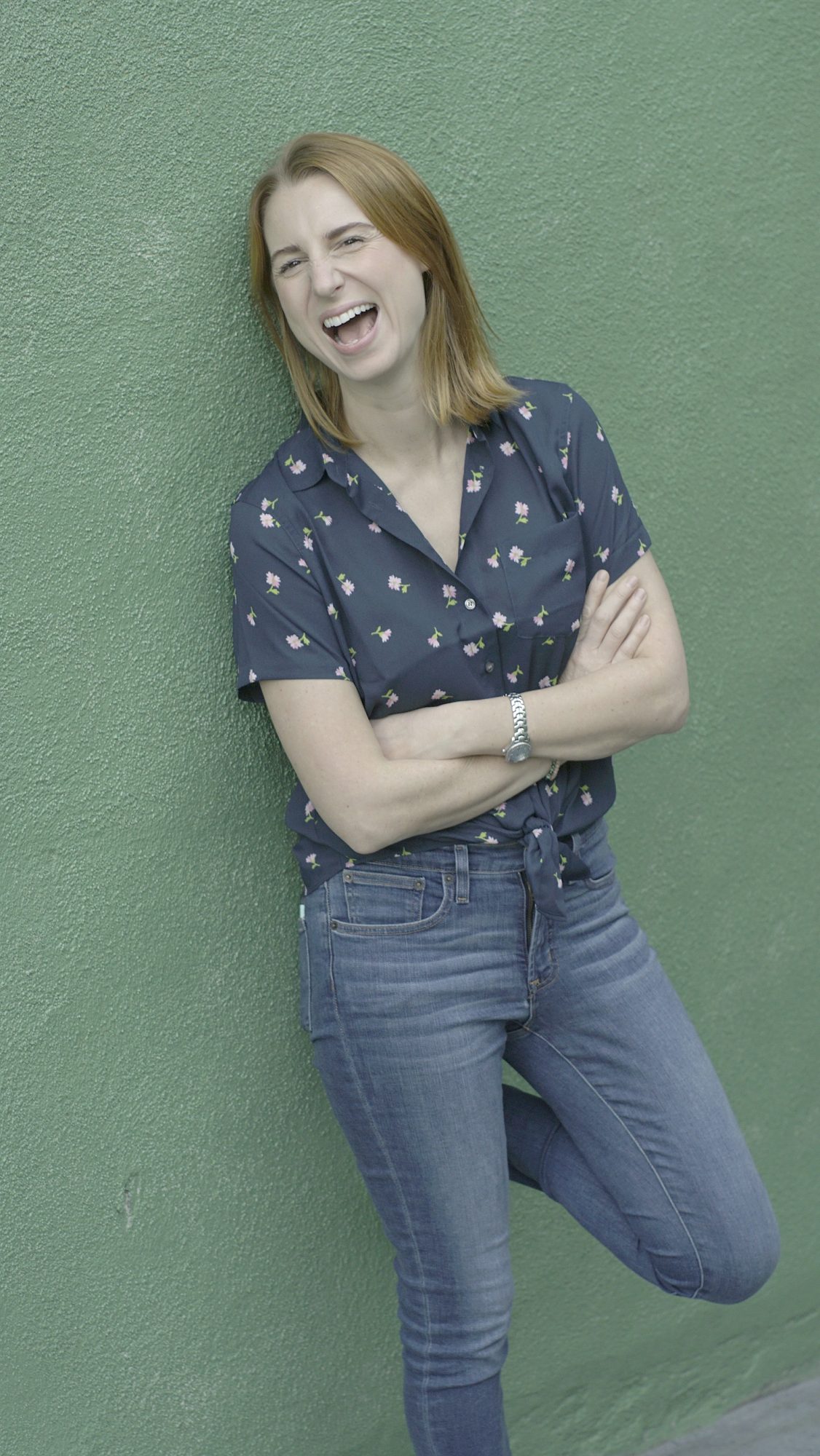 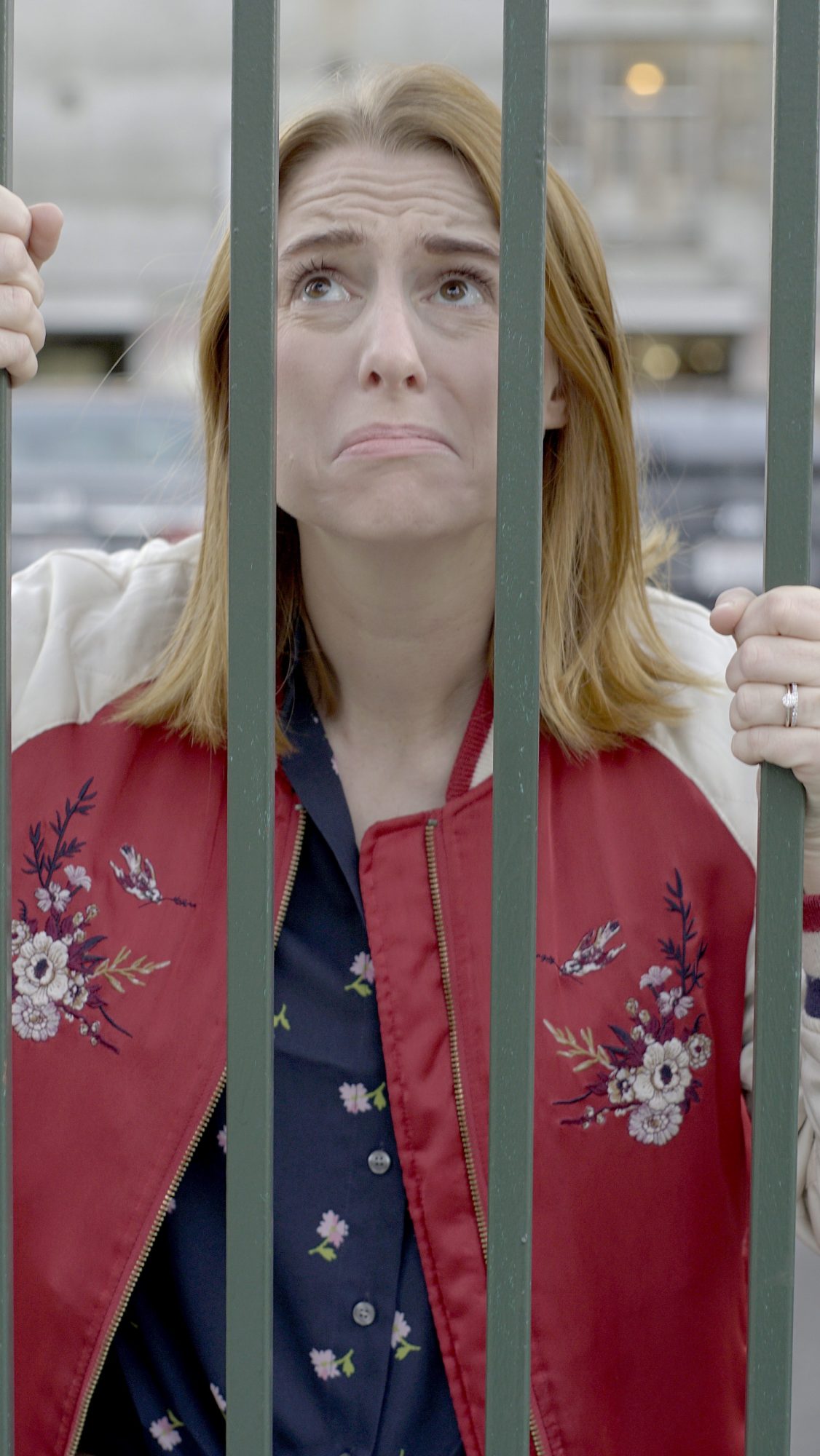 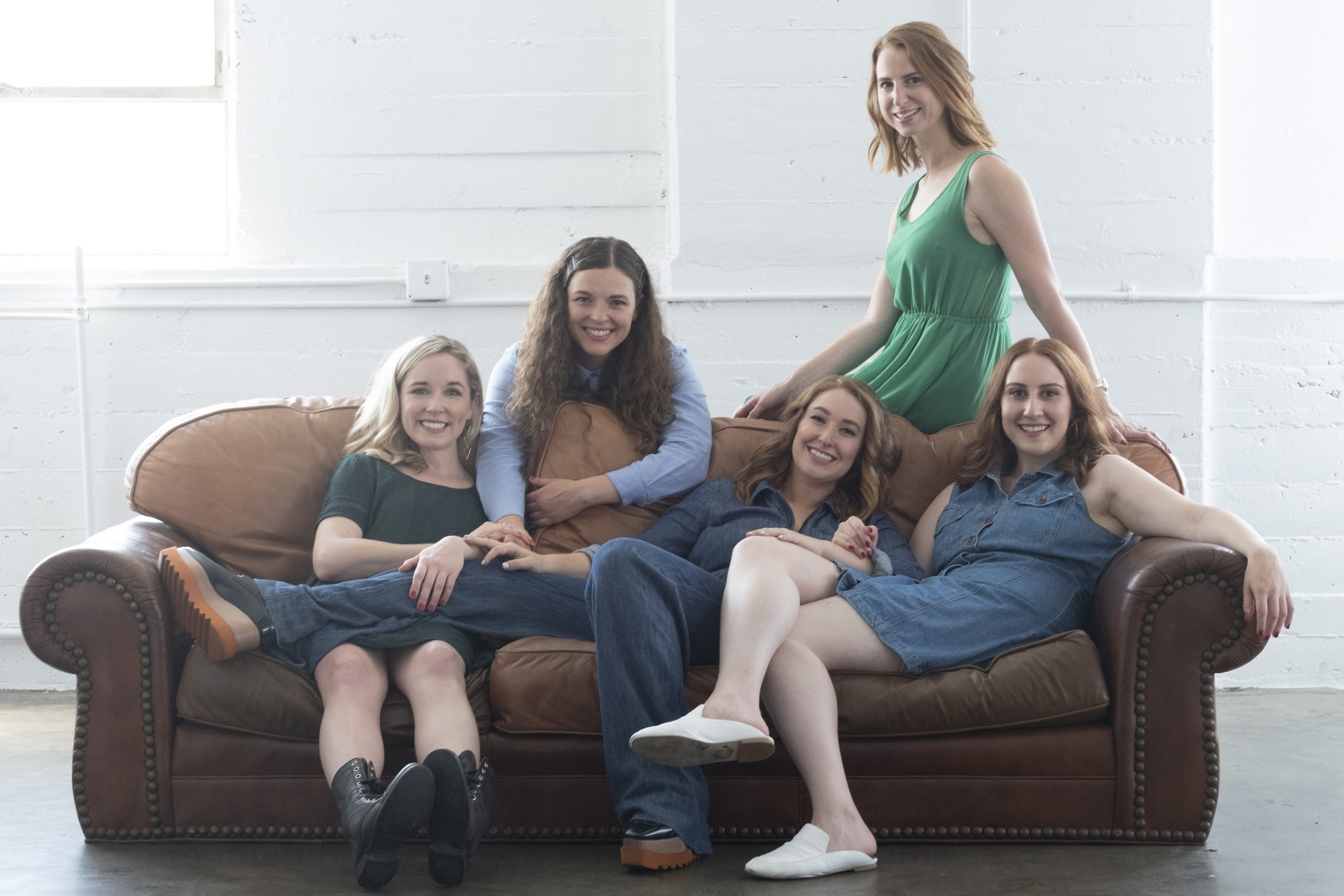