Conversations with the Inspiring Gladyfaith Abcede 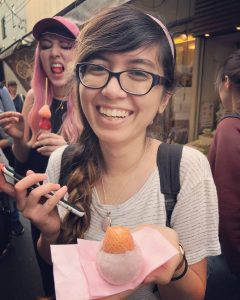 Today we’d like to introduce you to Gladyfaith Abcede.

Gladyfaith, can you briefly walk us through your story – how you started and how you got to where you are today.
I was born in the Philippines and spent my childhood in the desert town of Tucson, Arizona. Life was admittedly rough, and growing up painfully shy compounded that, but the worlds of stories brought color to those dim days. Books, RPGs, manga, anime– I would do my best to maintain good grades so I could rush home and safely lose myself in those worlds. When I wanted to see more of these characters, I would write my own short stories featuring them– and eventually, create characters and worlds of my own. Art-wise, I would do a doodle every now and then, but I didn’t truly start drawing until I was 16 and discovered Fullmetal Alchemist. With that series came the realization that a person could actually create something like this–and that maybe telling the stories in my heart would be possible for someone like me, too. I initially wanted to become a YA novelist, but my increased exposure to visual storytelling led me to change my mind and pursue a degree in Illustration from the University of Arizona. I did freelance illustration and comics for a while, but my discontentment with the lack of a stable income and diminished artistic fulfillment grew. I wanted to create the kind of media that inspired me as a child.

Some time passed and I was made aware of the career of storyboarding through an artist’s blog online. I was fascinated by the prospect of telling stories this way and tried boarding my own sequences, but being stuck in Arizona affected my confidence and I didn’t take it further. It was always on the back of my mind, though. After years of stagnation and many dark nights, I pulled a Hail Mary– I packed my life into my Chevy and crashed on a dear friend’s floor in Fullerton all so I could take a ten-week storyboard class at Concept Design Academy. The instructor of that class was Alan Wan, and thanks to him taking a chance on me, I’d been given the incredible opportunity to be a storyboard revisionist on Rise of the Teenage Mutant Ninja Turtles. Every day I’m inspired by our amazing crew to keep learning so that I can one day be the best version of myself that I can be.

Overall, has it been relatively smooth? If not, what were some of the struggles along the way?
It definitely hasn’t been a smooth road. I’m honestly still shocked that I made it here. When I was eleven years old, my mother apologized to me that she wouldn’t be able to afford to send me to college and that I needed to get a scholarship if I wanted to escape our dire situation. Growing up in a household with a single mother on a waitress’ income came with financial challenges and a lack of support, but it also provided me with the drive to take those words with an utmost sense of gravity. I got that scholarship, I completed my degree, and I eventually had the courage to pursue my dream here despite having no safety net.

I’ve also been discouraged by the fact that I am a late bloomer. It often feels like I am perpetually playing catch-up to my peers and that I am missing something vital. It’s important to remind yourself that everyone’s journey is different and to value your own voice and the experiences that inform it. Be your own greatest ally. And don’t be afraid to put your work in front of others. I was able to get some much-needed direction thanks to a few kind mentors on my journey. It is also very important to seek the kind of work you are inspired by and to break down why it’s good or what aspects you like about it so that you can create a roadmap of how to better your craft. There may be days when you feel disheartened with your progress. I urge you to not give up and to tackle the skills you want to polish with an inquisitive mind. Embrace being a lifelong student and do not stop creating. And don’t forget–there is no one in this universe who can make something quite like you. Believe in your own voice.

Please tell us more about what you do, what you are currently focused on and most proud of.
I’m a storyboard revisionist– a trainee position to become a full-fledged storyboard artist. I’ve been told that revisionists are sort of the last defense before the storyboard is shipped out to the design team and the overseas animation studio. In the animation pipeline, a storyboard artist takes a script and executes it visually. When they are done, the animatic is presented to our executives and then it goes to my director to apply the executives’ notes. He notates the board and then hands it off to me to complete. Sometimes that involves minor things like giving characters weapons, adding backgrounds, or cleaning up drawings, but sometimes it also means reboarding scenes or plussing the character acting to the audio track. I’m proud whenever I’m able to do some nuanced acting that I feel captures the character’s personality.

It would be great to hear about any apps, books, podcasts or other resources that you’ve used and would recommend to others.
To learn more about animation, I like to look at Sakugabooru. It’s a great resource to see how someone else executes their animation in a shot. For storyboarding, lately I’ve been tuning into the live stream of storyboard director David Woo (at https://www.twitch.tv/dwooman_art/videos).  Every Tuesday evening he hosts free lessons and allows viewers to submit storyboard sequences for review. He also posts condensed versions on his YouTube (https://www.youtube.com/user/spiffsterx/videos). 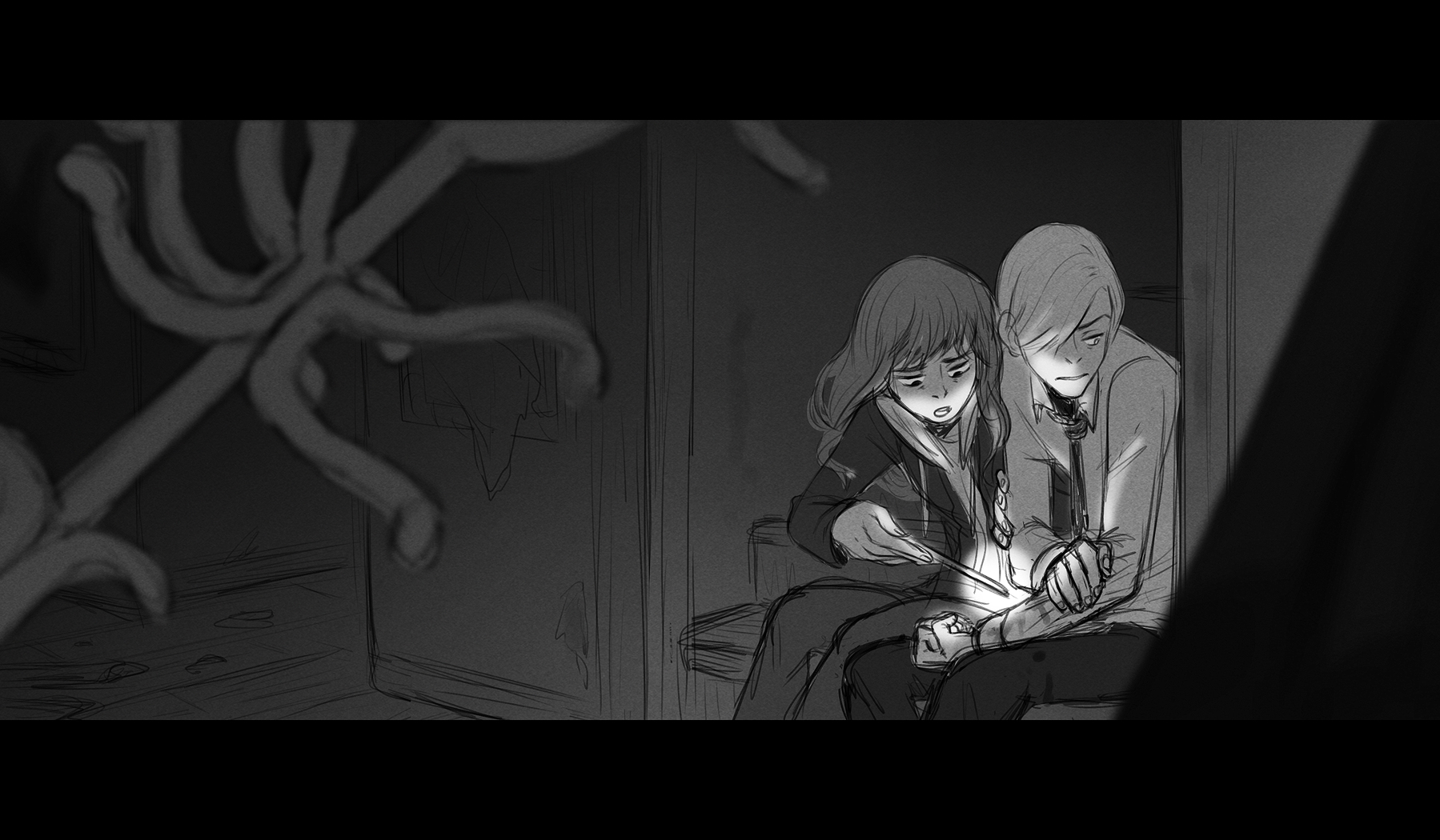 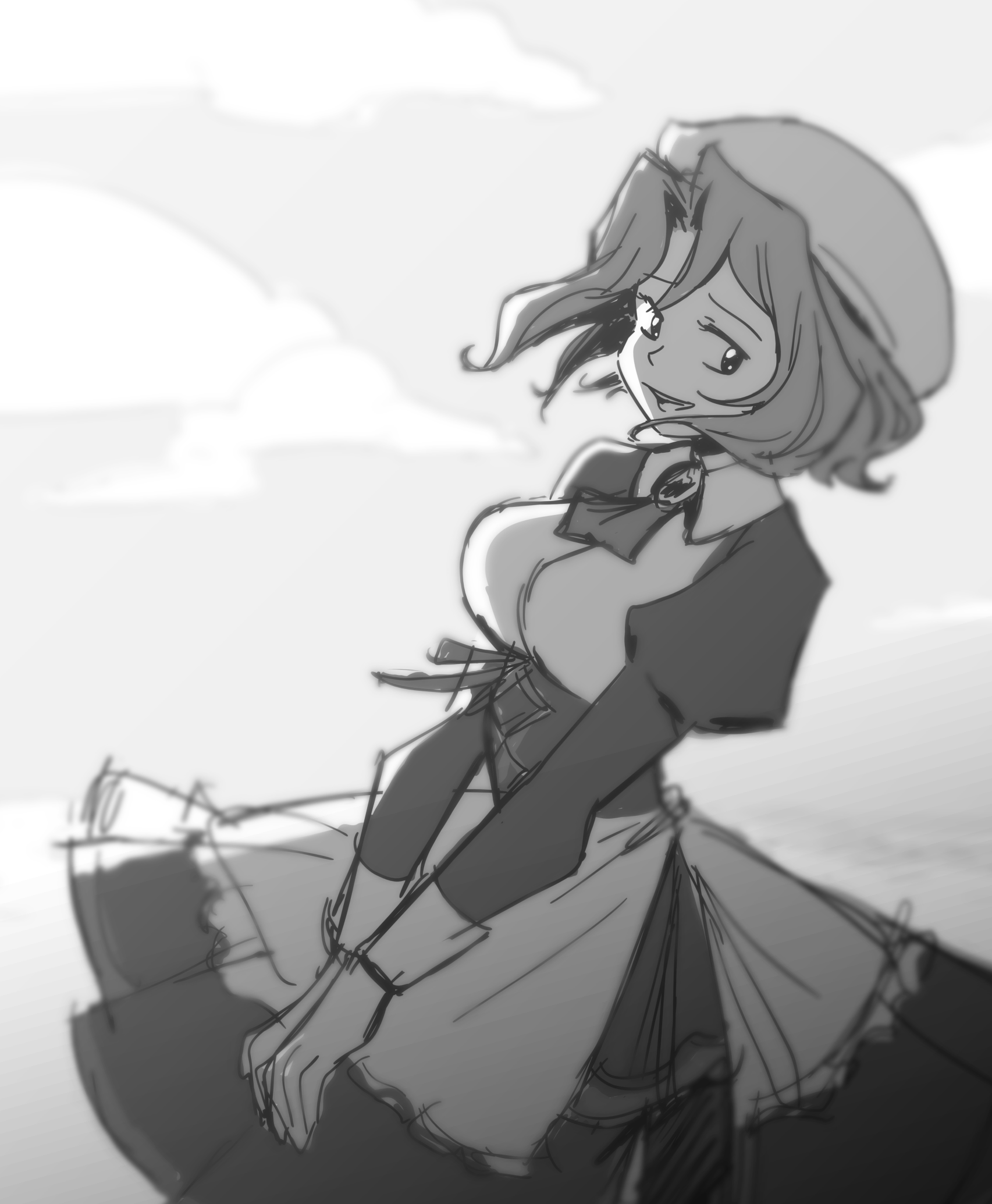 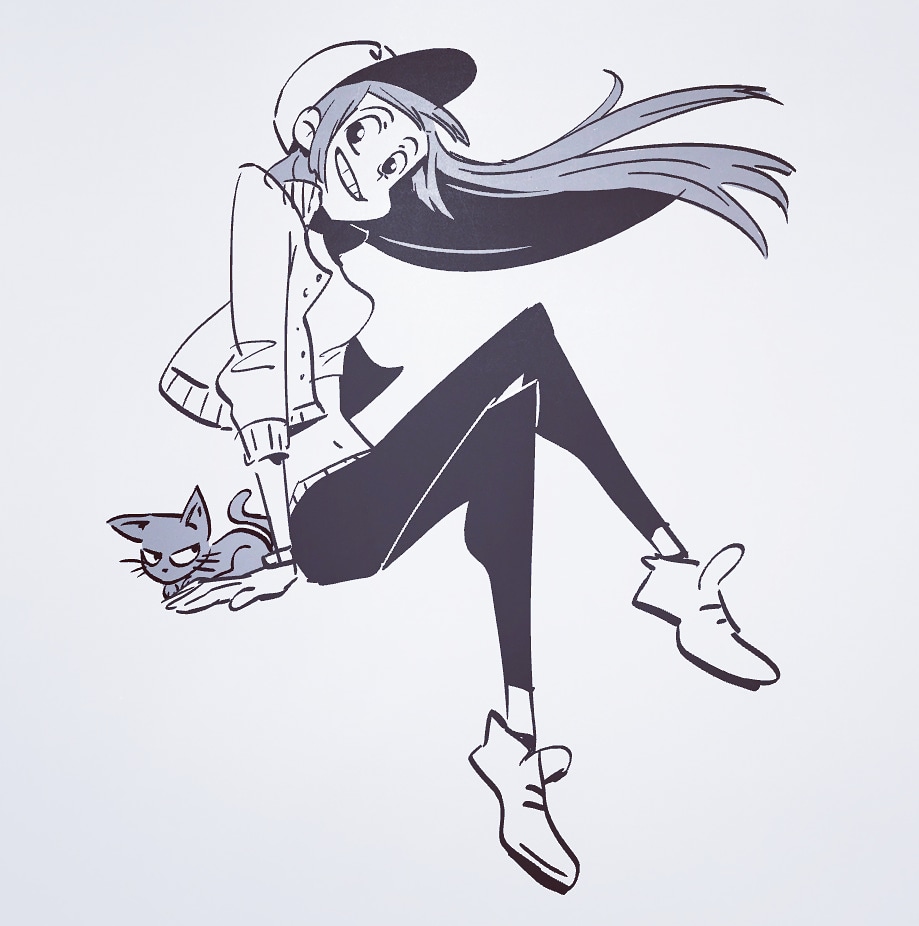 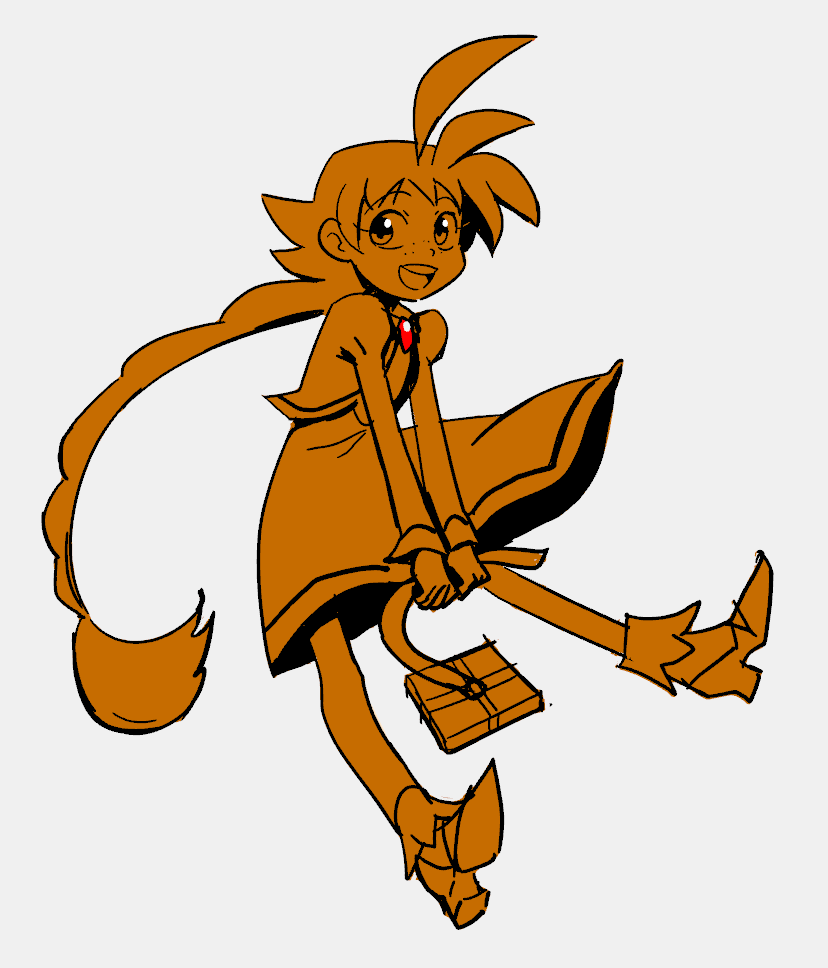 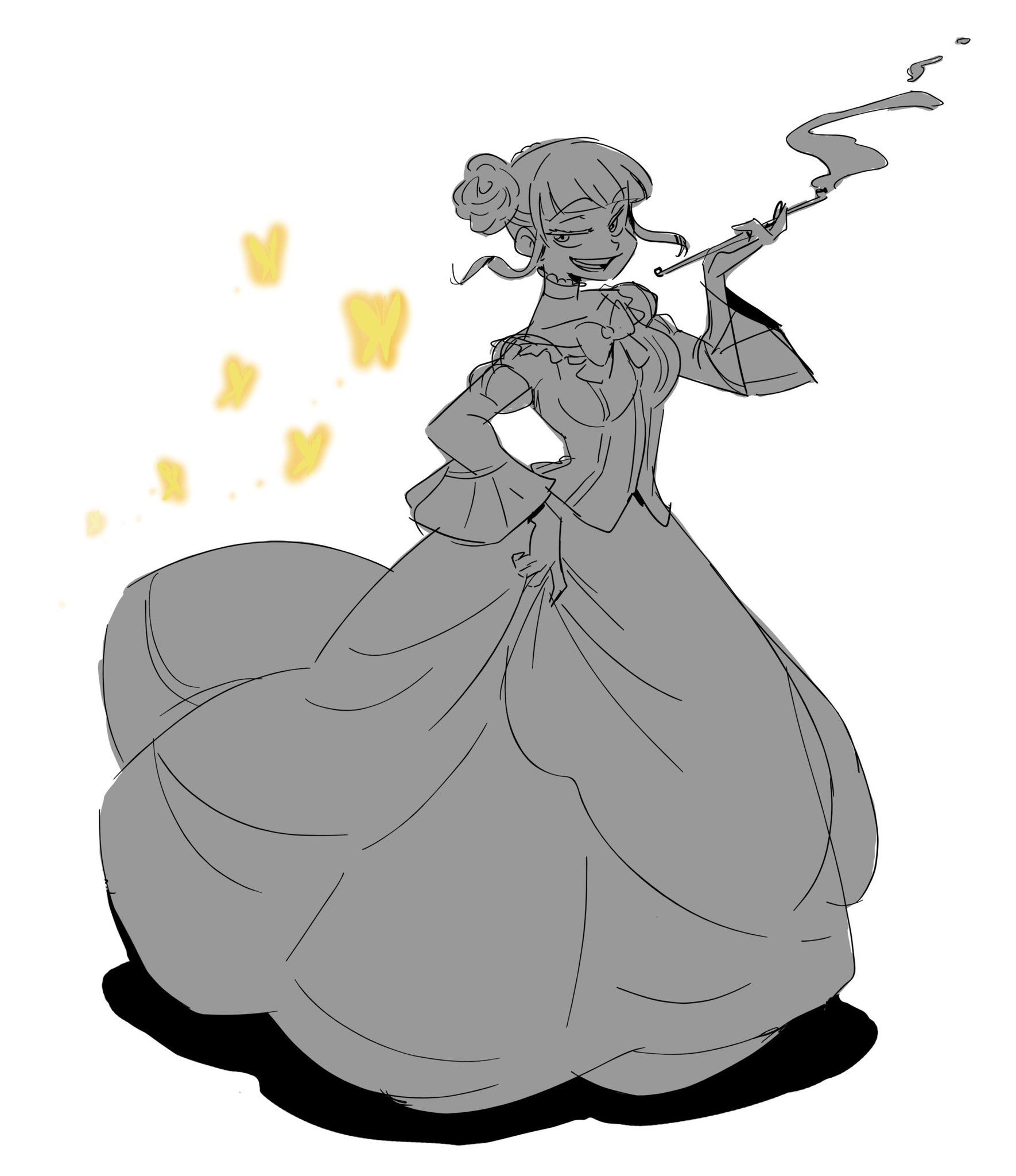 Image Credit:
Photo of me taken by Mehraj Dean Baig