Conversations with the Inspiring Francesca Harding 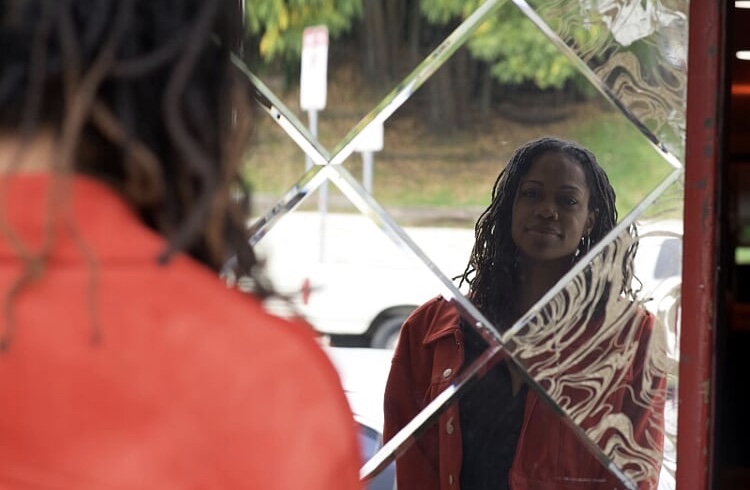 Today we’d like to introduce you to Francesca Harding.

Francesca, let’s start with your story. We’d love to hear how you got started and how the journey has been so far.
I officially began a career in music about ten years ago as a DJ here in Los Angeles. Growing up, I had always been fascinated by the craft. If I attended an event with friends, for example, I was always that person standing too close to the DJ, watching them work, studying how they set the vibe in the room and how they controlled the energy of the crowd. Seeing a skilled DJ at work gave me this indescribable feeling and I knew it was something I wanted to delve into. I ended up seeing a Craiglist ad from someone who was selling their entire DJ set-up and bought it immediately. I had been collecting vinyl since high school, so playing smaller venues around town with the vinyl I already had in my collection was a pretty seamless way to begin Djing.

I landed my first residency at a place called Carbon Bar and Lounge in Venice. Playing out on a weekly basis to friends, cousins, uncles – basically anyone who I could strong-arm to come and hang out on a Sunday night – was the best training ground. I was also extremely lucky in those early days to be friends with some of the best DJs in the country, who took me under their wings and became de facto mentors. One of them was Dj Cee Brown, who I eventually began to throw parties with here in LA, as well as a few other cities, including New York and Miami. As a newbie DJ, to be able to watch Cee Brown crush it week after week was the best schooling I could have ever gotten.

Djing ultimately led me to radio, where I was a co-host for a weekly music program on KPFK, 90.7FM, for four years. I also had a shorter-lived internet radio show called Bodega Radio. I most recently began working in the music supervision world, where I’m currently pitching songs for TV and film trailers. I’ve also been looped in as music supervisor on a couple of indie films, as well, which I’m excited to get going on.

When it comes to my career in music, whether I’m Djing, doing radio or pitching songs for sync opportunities, the thread that has tied it all together for me is championing music that’s considered left-of-center. If and when I’m able to provide a platform for indie artists and music that falls outside of the mainstream to reach wider audiences, I’ve done my job. I will always do this and it’s work that I’m very proud of.

Great, so let’s dig a little deeper into the story – has it been an easy path overall and if not, what were the challenges you’ve had to overcome?
Maintaining a healthy balance always takes dedication. For about five years, I worked as a full-time DJ and I consider myself quite lucky to have been able to do so for such a significant amount of time. The challenge was that many of the gigs that I began to take-on required me to play Top 40. I love all types of music, mainstream included, but it does get a bit tricky when the bulk of the gigs you’re playing don’t allow you to stretch out musically. There’s a real danger in losing your sound and your sense of authenticity as a DJ when, in trying to survive, you find yourself accepting a ton of commercial-leaning gigs. But there’s always a way forward, always a way to navigate the waters to introduce the music that is near and dear to you no matter where you’re playing. In fact, that’s a Djs primary work – to introduce new music to listeners in a way that’s seamless. This is something that I try and fight to do always.

Representation is also an issue that I continue to face in my career. This industry is still very male-dominated, especially on the festival circuit. Very early on, I made it a primary goal to help create safe spaces for both music and music lovers falling outside of the mainstream. The night-life events that I’ve been lucky enough to be a part of – one called Bodega and the other CuLosAngeles – are examples of this. It was important to my fellow DJs and me to book Dj’s of color and femme-identifying DJs, who are often not given as many opportunities to play out despite being very talented. Both of these parties also focused heavily on African and Afro-Latin music. We really wanted to play music that represented us, our cultural heritage and to just be in celebration of where we come from.

I plan to push these ideas forward in the sync world, as well. In finding a just-right song for a film scene, for example, a studio might want to license a Black Keys song because it’s popular and recognizable, which makes perfect sense. That being said, there are so many indie artists with solid catalogues that would do these TV and film spots justice. So, I take a lot of pride in highlighting these indie artists and pitching them whenever possible so that we can begin leveling out the playing field. Overall, I really just want to push good music forward.

We’d love to hear more about your work.
In addition to my continued work in the sync world, I’ve started a series called “Francesca presents” where I take an artist, band or even musical era and create an hour-long mix in tribute of the catalogue and then write an accompanying think piece on that artist or band’s impact. It’s a passion project for sure, one that I’m having a really great time working on. My first installment was “Francesca presents: Sam Cooke” – you can listen to the mix and read my Op-Ed on Sam Cooke’s legacy on my website: djfrancescaharding.com. My second installment in this series will be on blues legend Big Mama Thornton.

Besides that, I recorded an up-tempo mix of soulful house and Latin funk that aired on WorldwideFM last week – major shout out to my friends over at ArtDontSleep for that invite. My next mix will air on WorldwideFM.net on June 18th. It’s interesting to be conducting this interview while the COVID-19 pandemic is still raging and California’s “shelter-in-place” order has yet to be fully lifted. So many things are shifting and every DJ, musician and singer working in nightlife has been affected. It’s such a wild and unprecedented time.

So, while it’s a bit difficult to say in this moment what the exact future holds, I do know that, no matter what, we’ll all adapt in creative ways to continue to share the music we love with whoever will listen. I certainly plan on doing just that, regardless of the platform at hand. 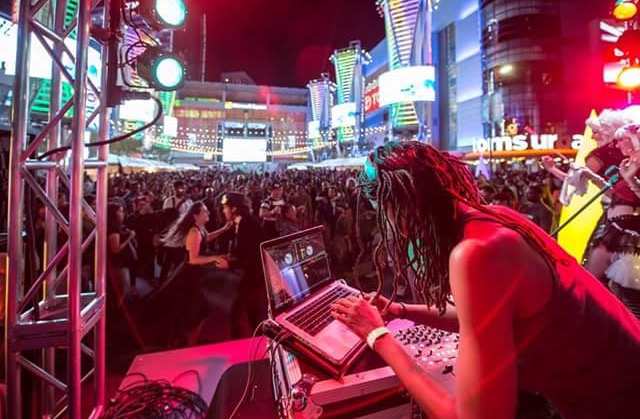 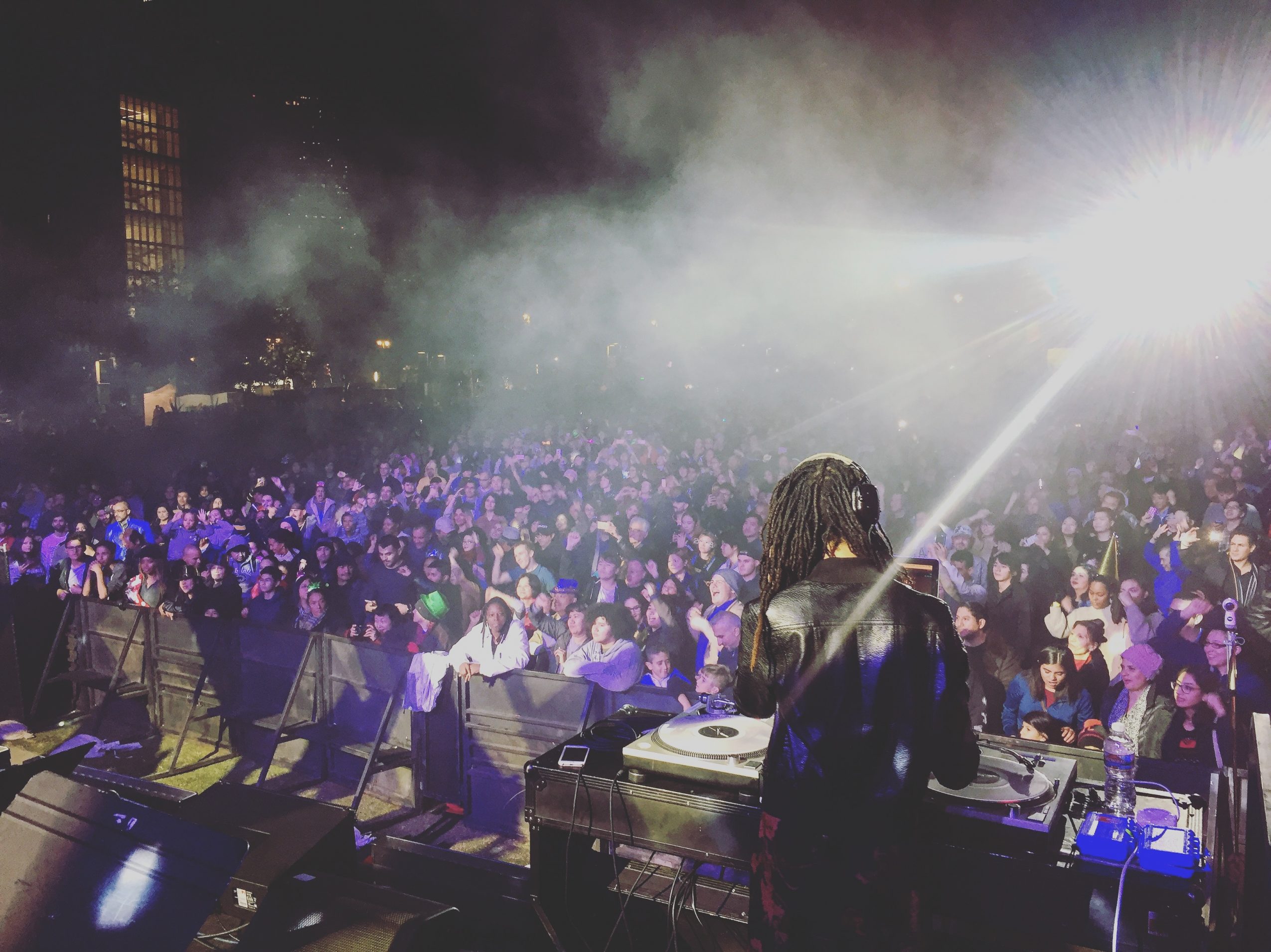 Suggest a story: VoyageATL is built on recommendations from the community; it’s how we uncover hidden gems, so if you or someone you know deserves recognition please let us know here.