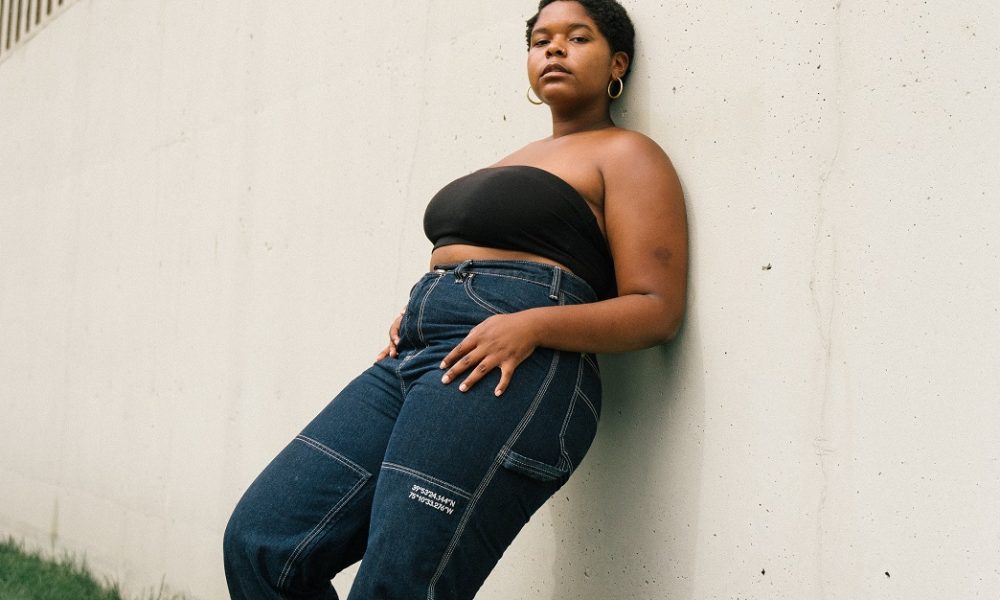 Today we’d like to introduce you to Donisha (Don) Wilburn.

Hi Donisha (Don), so excited to have you on the platform. So before we get into questions about your work-life, maybe you can bring our readers up to speed on your story and how you got to where you are today?
I was born and raised in Chicago and although I was always surrounded by and gravitated towards art, I didn’t become comfortable calling myself an artist until 2020 (funny, right?). “I make things sometimes” was my motto for the little notebook I’ve carried with me since high school that was filled with song lyrics, script skeletons, and just about any other thing I was too scared to share but desperately wanted to learn how to excel in. I never thought any of them were good enough to see the light of day, so I just left them there. In my notebook. Meanwhile, I tried to convince myself that “the road of practically” was what I was destined for. Go to college, be in debt, get a job, pay off debt, die. Yes I was that dramatic – and still am to this day – but it was a plan that made me feel safe. I truly believed it would hurt less to wonder “what if” than to intentionally try and fail.

Not to mention the fact that when growing up, it was very rare to see someone like me succeeding in any mainstream space. A Fat Black Woman who isn’t exactly “conventionally attractive” – or whatever the hell that means. Imagine being told that everything that came natural to you – your Black skin,, your belly, back rolls, uneven skin complexion, not a thigh gap in sight, and more – was to be hidden or ashamed of.Putting myself out there was not an option, so I enjoyed creativity silently and at a distance through supporting my friends and their creative efforts.

Things started changing for me in college. UCLA. The place where I met some of the most amazing (& toxic – yall know who you are) people in my life. I can say this with all of the conviction that my body will allow : I don’t think I would be where I am today without the community of Black women (both in & outside of the arts) I had the privilege of knowing/ supporting me. They opened me up to the possibilities in the world, pushed me to go towards the life I always denied I wanted, and showed me firsthand that anything is possible. Yall know who y’all are. I love y’all deeply.

Skipping past one year of grueling post-grad depression, being the brokest I have ever been in my life, working awful jobs I know I hated, losing some of my closest friends, making better ones, finding community, actively placing myself in more film & music centered spaces/communities, AND THEN finally finding the courage to quit that stupid digital media job in 2019! From then on, I committed to no longer sleeping on myself and the talents that I have always had. I can confidently say I DO IT ALL.

Can you talk to us a bit about the challenges and lessons you’ve learned along the way. Looking back would you say it’s been easy or smooth in retrospect?
Smooth would be the last word I would use to describe my journey, but I still would not have had it any other way. I don’t think I would have learned/grown in the way nor amount that I have if I hadn’t encountered the struggles that I faced.

My self-doubt was debilitating. It’s followed me from my childhood into my adulthood. That coupled with anxiety and the plenty of challenges that come along with adulthood – this shit is a scam honestly – it only got worse. There were days that I could not get out of bed and some days I believed that I didn’t deserve to. I convinced myself I wasn’t special so any effort put forth would be a waste. I constantly compared my failures with others’ successes; creating the story that would never be enough. Not to mention the fact that I couldn’t settle on one thing I wanted to do & I was always told to find only one path. Being a “Jack of All Trades” – or Janet as I like to call it – wouldn’t get me anywhere. So since I couldn’t decide on one thing, I did nothing for a really long time. I definitely didn’t share it with anyone. And on top of all of that, I was broke as fuck. Like all the time. Even when I had the jobs, I was barely making enough to pay my rent, so some days/weeks I went without food and prayed that they had something at work to get me through the day. I hid it very well.

I remember there was one day, I had -8 dollars in my account and one physical dollar in my hand. And I still gave it as an offering to my church, LOL. I kept pushing, kept showing up to work, kept putting on a smile because at that time, asking for help wasn’t my strong suit. And I won’t say that I knew I would be alright in the end. I didn’t believe that all of the time. Even with my faith, sometimes believing that God would see me through just wasn’t enough. It was hard, and I believed I deserved this. There was no morning routine that could save me. It was like this until I learned to practice active gratitude. If I ever became too overwhelmed by my circumstance, I started doing what I like to call gratitude check-ins. I would stop what I was doing and write down things that I was grateful for in that moment. It ranged from the smallest things like “I brushed my teeth today, I fed myself” to bigger things “I get to do what I love at this job, even if they’re late on paying me”. That would get me enough energy to make it through that moment. I no longer hide from my struggles, I no longer believe these are things I deserve or are things that are inherently mine. But best believe I will know how to handle and cope with them if they happen to cross my paths again.

Appreciate you sharing that. What else should we know about what you do?
I’ve been singing/making music for as long as I can remember – which was exclusive to my closet when I was younger. I was too shy to share with my family at the time lol. Since then, I’ve warmed up to open mics, featuring vocals on a couple of projects, and as of late, I’ve been taking my own writing much more seriously. It’s safe to say that music is on the way – my younger self is screeching.

In addition to this, I work in a film production for a living. Getting to this point in my life was its own separate journey, but I am incredibly grateful for every part of it. I’ve always admired how a story can start from a simple idea in one mind and turn into a complex body that requires so many moving elements to come to life – so to be able to do this just about everyday is a personal victory within itself!

Up until this point in my life, I thought I was only capable of being just a moving element to help someone’s idea come to life, but it’s been incredibly empowering to be able to build out my own personal projects wit the same amount of effort & tenacity as others. Which brings me to one project that has truly cemented my belief in each and every one of my talents is Dresscode; an online platform I created with one my dearest friends (I love you, Lydia) as a way to pass the time during quarantine and truly tap into our creative capabilities!

It’s safe to say that Lydia and I have been on very parallel paths in terms of our journeys into owning our creativity and as an unforeseen result of the pandemic, we both found a lot of free time to tap into it. We encouraged each other to enter contests throughout the time, such as Rihanna’s 2020 SavagexSummer photoshoot challenge, where we had to creative direct our own summer photoshoot in lingerie of our choice. So we both grabbed some lingerie, built our own sets, and DID THAT SHIT. Neither one of us won, but I can speak for both of us when I say we were both empowered to want to continue putting ourselves out there and creating more work. Especially as self-identified plus-sized Black women.

That’s when it hit me. We both could keep doing this on our own – we can keep challenging one another to keep creating in the same way we did for the contest we entered! And here birthed Dresscode – August 7, 2020. Inspired by the quarantine challenges & the concept of other fashion – challenge shows out in the webiverse, Lydia and I began setting challenges for one another that we had about a week to complete and share with one another – under strict budgets because BROKE. The challenges ranged from just about anything – from recreating looks from our favorite music videos, to building an outfit using pieces we were convinced were “unflattering to our body types. We built our own sets, filmed & edited our own footage, and we took them to Instagram – sharing our episodes with the masses via IGTV.

We’ve actually just made a recent move to YouTube and are starting back up in the very near future! We’ve decided to diversify our content so we will have plenty in store in addition to our challenges! If you’d like to check us out, our first 4 episodes can be found on our Instagram: @breaking.dresscode and all future episodes & bonus content can be found on our YouTube: Dresscode!

Now as I’ve mentioned, the concept of a fashion challenge show is not new whatsoever. There have been plenty before us and I’m sure many to come. At first, this made room for doubt and discouragement but we both remembered that neither one of us have seen anything CENTER Black & Brown Plus Bodies in the way that Dresscode does. And it has been the most empowering experience! From this journey, not only have we been able to build a strong Black & Brown Plus/Body Acceptance community, but it has also been an opportunity for us to truly sit with the talents we both had hidden from ourselves for so long and open ourselves up to other possibilities in the world. And since there has been no going back.

Before we go, is there anything else you can share with us?
Just a quick message to the creative inhibited by their own self doubt.

You can do it all if you want to. Just because it may not be happening right now doesn’t mean that you won’t eventually get there & don’t let anyone else tell you otherwise. Not your parents, not your friends, but most importantly, not yourself! These things take a lot of time and nothing in life is linear whatsoever, so the most important thing you can do is to be patient with yourself. It’s a day to day process, so meet yourself where you are each day that comes. Stay safe & take care! 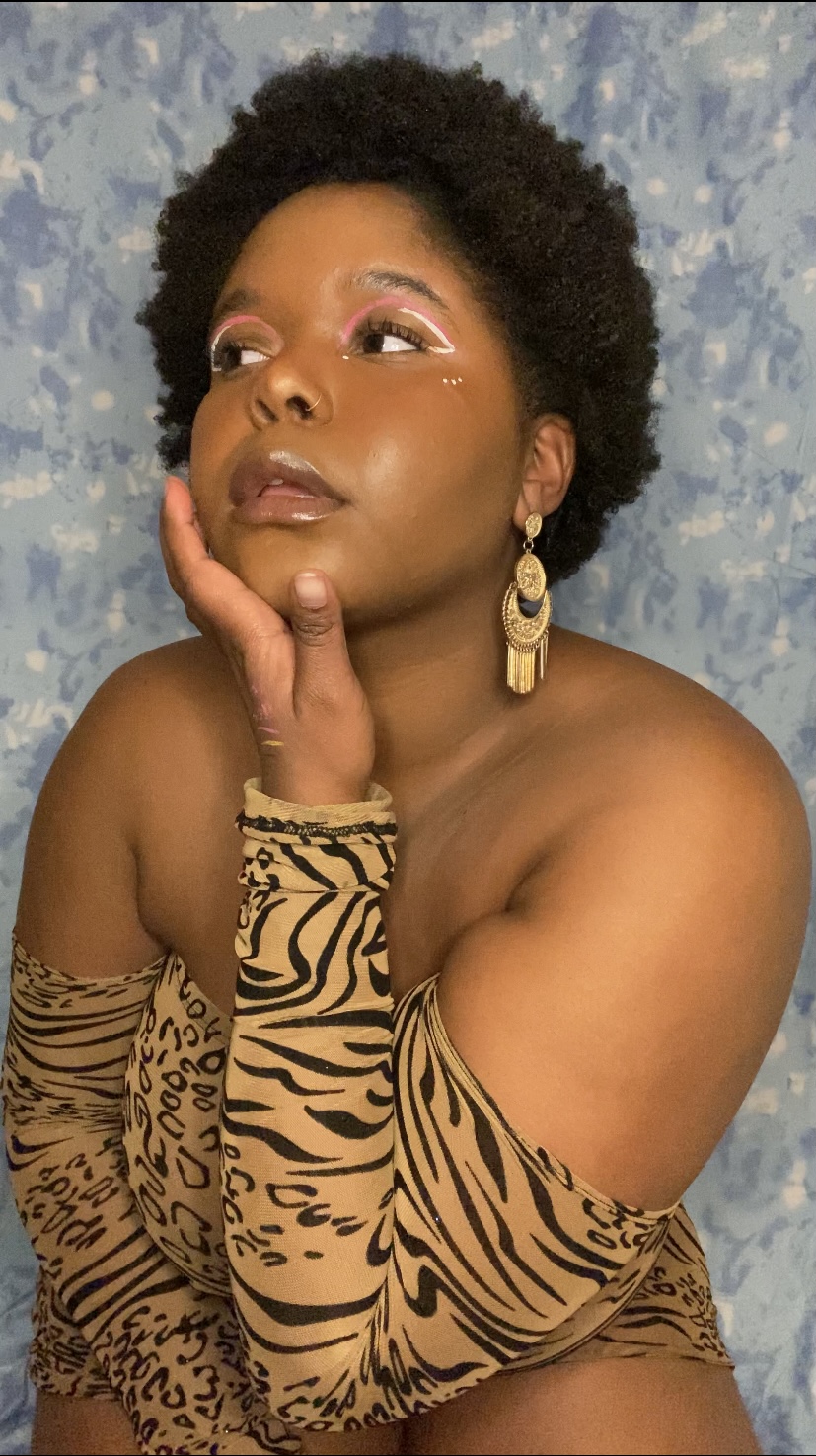 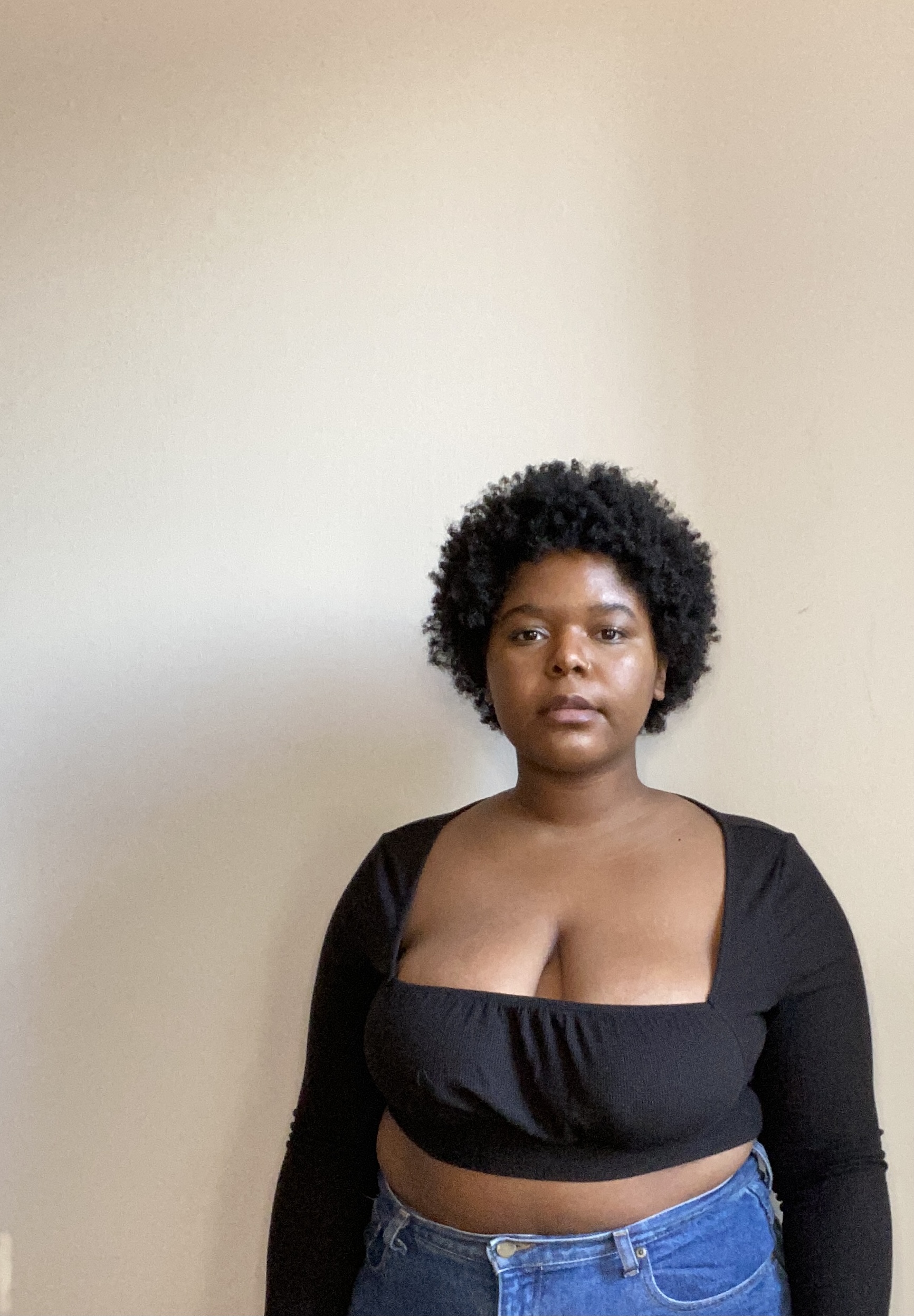 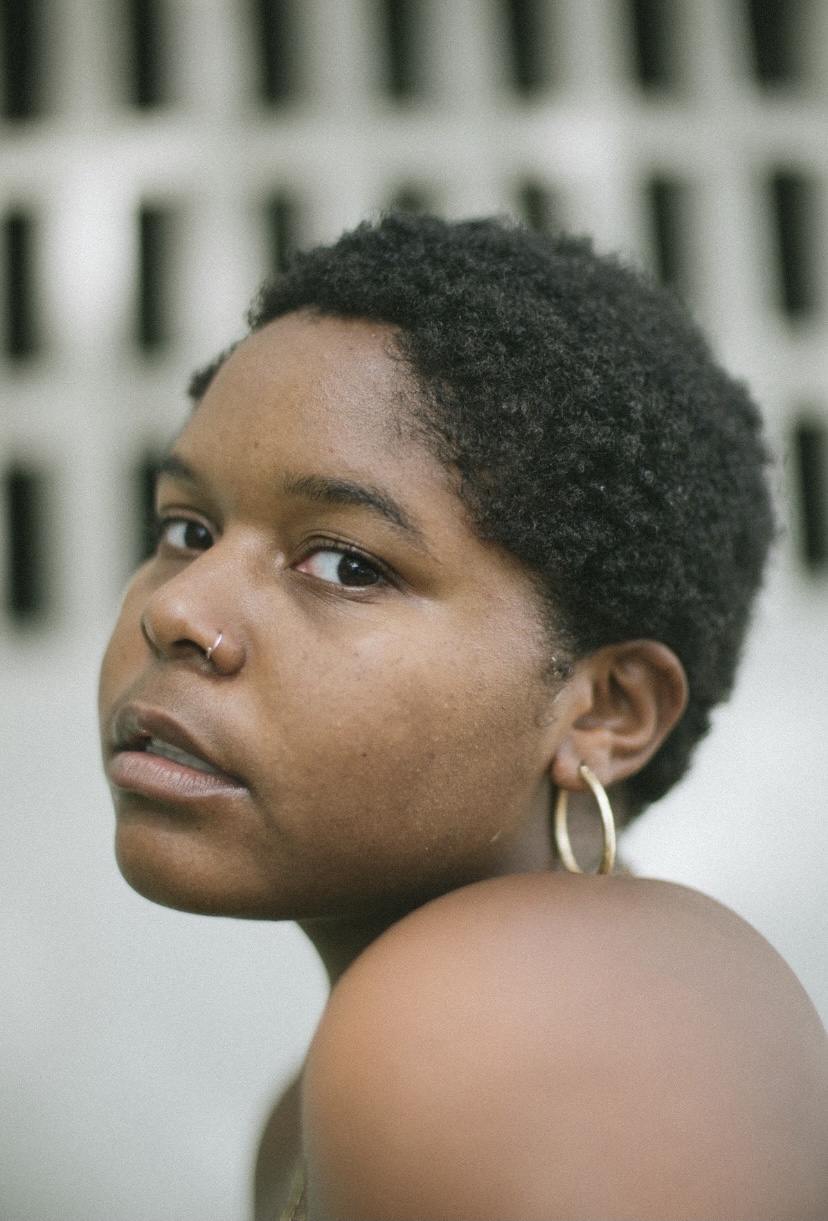 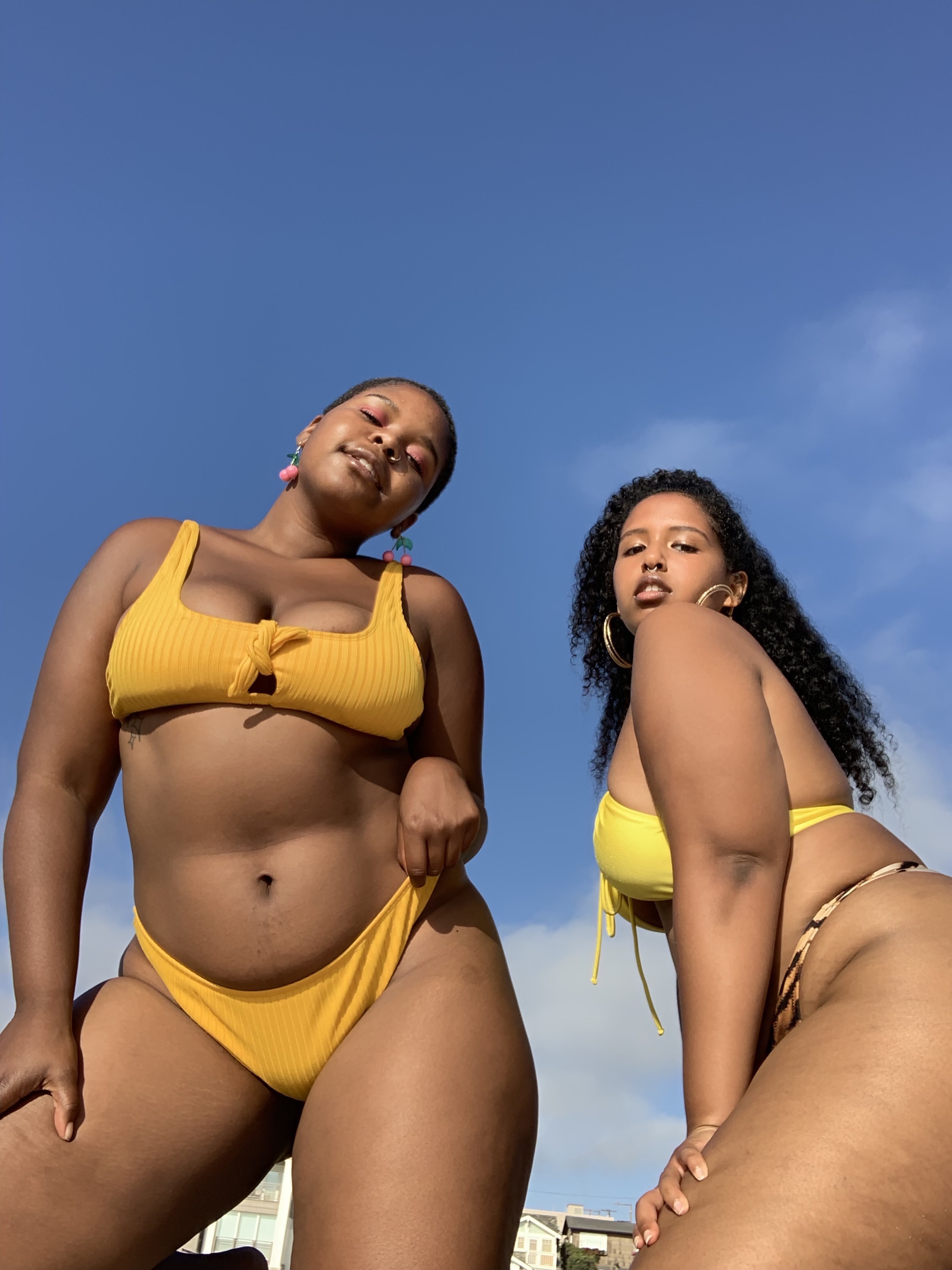 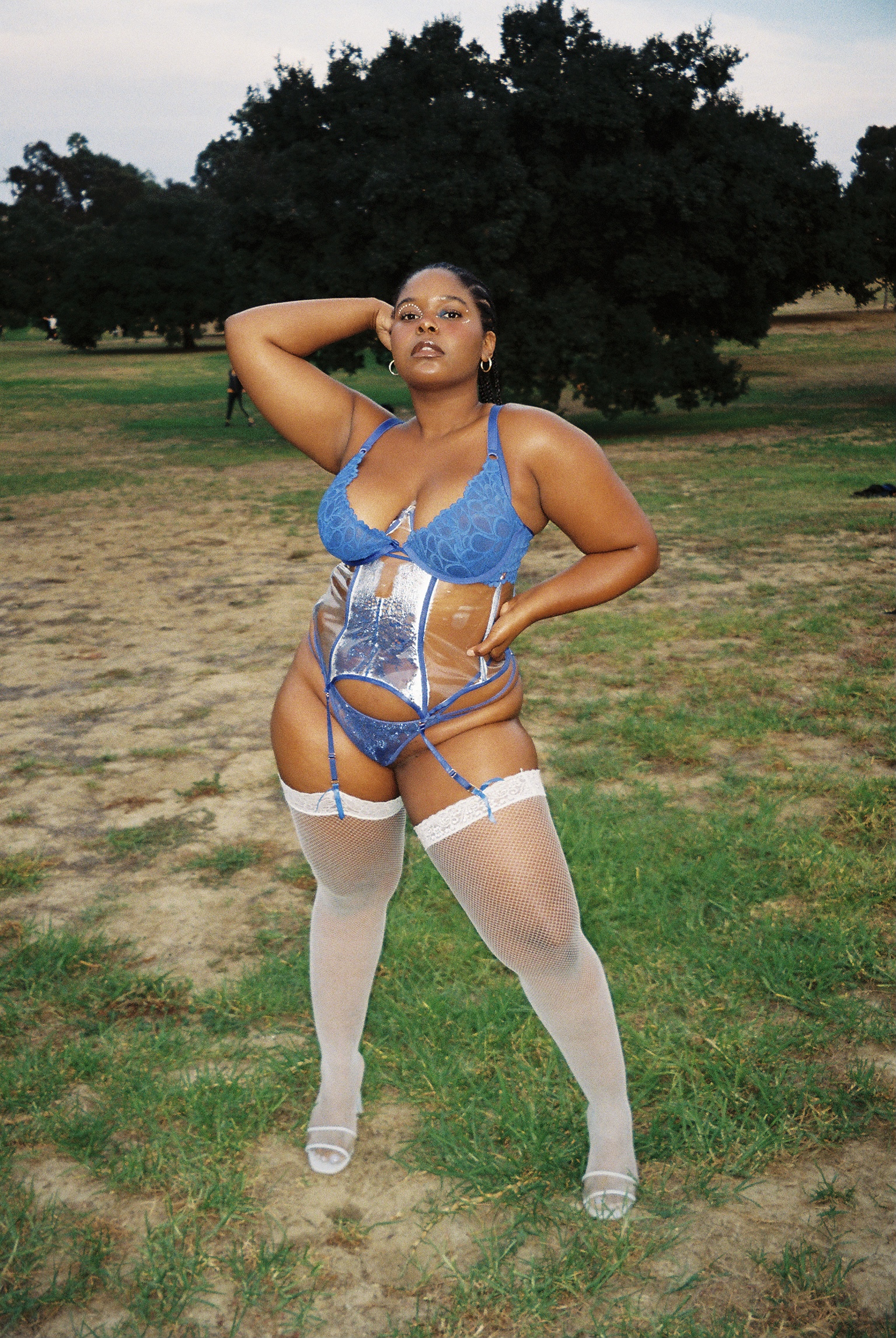 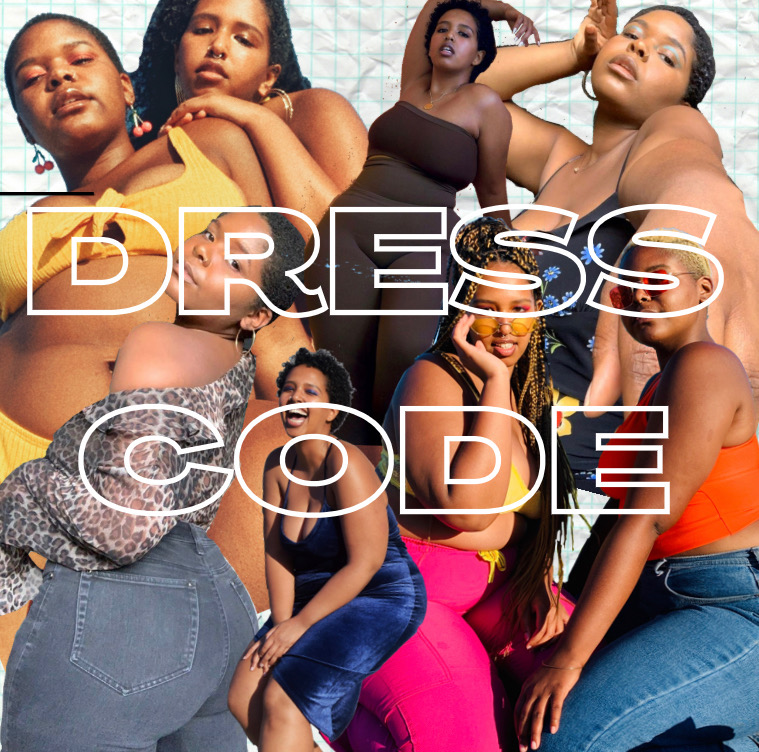