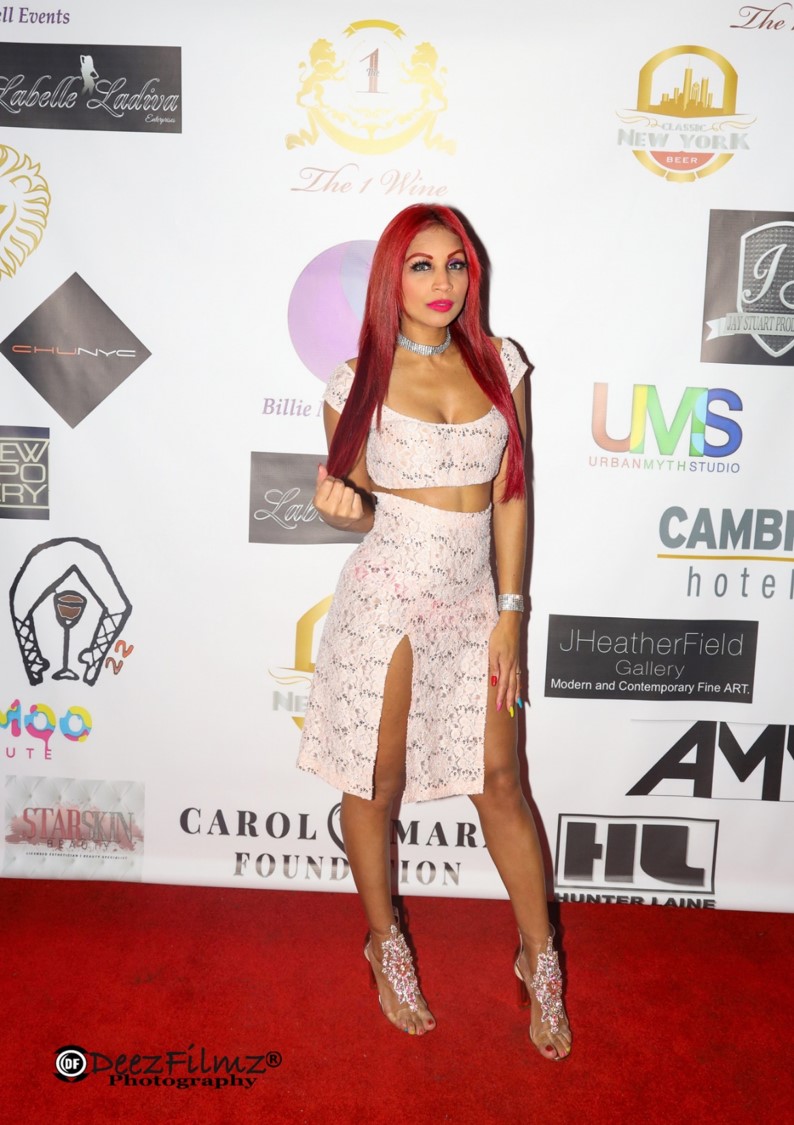 Today we’d like to introduce you to Desiree’ Tulsidai Kinney.

Desiree’ Tulsidai Kinney is an Award-Winning Music Artist, Media Personality, Motivational Speaker, Community Leader, and CEO. In this spotlight, we will go behind the music. She is a Singer, Songwriter, and Musician, formerly known as “Desire”, with many original songs to her name. As a traveling artist, she has been making hit songs across the East Coast and now expanding into the West Coast and with her South American roots, one day aspires to have her music heard internationally. Her biggest music inspirations include Mariah Carey, Alicia Keys, Christina Aguilera, and Michael Jackson.

She is known for her Music Group Dorothy Milone, a multi-ethnic pop-hip hop group in the DMV. In 2019, her group was awarded Female Group of the Year at the Titan Arts Awards. Their hit single “Gas U Up” was first released on WPGC FM in Washington DC. It rose on national radio and landed on Record World Magazine’s Independent Airplay Chart. Their next hit single “Imagination” featuring Love & Hip Hop Atlanta’s Tokyo Vanity, was performed live on WUSA9. They were also known for their “girl talk” radio show and within the first year, The Dorothy Milone Radio Show was nominated as best in Washington, D.C. Featured performances included the likes of the WPGC Bikefest, The Cherry Blossom Festival, and the PRIDE Festival. They were interviewed on WUBA 88.1 FM and DTLR Radio. They were also featured in Voyage LA Magazine, RESPECT Magazine, Vents Magazine, and more.

Desiree’ was also known for her group Pass Me the Ball, a collaborative pop/r&b/hip hop group, where she first made her start in the music industry. With popular songs such as “Staring” and “Busy This Weekend” as featured on iTunes. There was also an Amazon-best selling book created based on the group’s theme entitled “Pass Me The Ball”. She is set to re-release “Don’t Run For Cover” and is currently working on new singles as a recently independent artist.

After unexpectedly crossing paths last year with a Grammy-nominated music producer Kenny Ortiz and reuniting with her original manager, Desiree’ is focused on creating music that tells a story and provides healing to those in need, a combination of upbeat feel-good music as well slow ballads with meaningful lyrics that speak to her fans. She plans to release her first single from her solo release in the Summer of 2021.

Can you talk to us a bit about the challenges and lessons you’ve learned along the way. Looking back would you say it’s been easy or smooth in retrospect?
It has been an unbelievable journey. I have learned to wake up each morning and count the five things I am grateful for. My current music manager from Pass Me the Ball, Tony Sellers, taught me to count my blessings and that life is a gift and he is the reason I had the chance to initially share my music with the world. My former music manager (Momager) from Dorothy Milone, Shelley Bivins, inspired me to believe if I click my heels three times, anything is possible (hence the name “Dorothy” in Dorothy Milone) and she helped me overcome my stage fright and discover my confidence. I am also grateful for Billie Mitchell, PR Guru, for believing in me and booking my music performances at the Sony Christmas party and Carol Maraj (Nicki Minaj’s mom’s) Foundation event/ her birthday bash at Quad Studios; this meant the world. My mother, Stacy, one of the strongest women I know, has given me my backbone, and my brother and father, both named Claude (three generations beginning with my late Grandpa RIP) have made a powerful impact on my journey. My brother was the best mentor I could ask for. My father was the best emotional support and also gave me the gift to sing as he is a talented singer himself and always encouraged me. My step father Barry helped me in pursuit of my dreams. Everyone needs a “Board of Directors” and I’m grateful for my support system and I pay it forward in any way I can. It has helped me tremendously through everything from determining my career trajectory, becoming a multi-dimensional businesswoman of color, being a “Wolfette of Wall Street”, as well as handling more serious matters such as trauma and loss.

In 2020 my significant other tragically passed away and I know Ryan Long’s legacy will live on; He was the Founder of City Summit/Gala and The Global Unity Foundation and he changed the world. He inspires me in all that I do and I know my angel is looking over me. Shout out to my Wid Tribe, my group of other widows, who have been the biggest blessing in the healing process. My heart goes out to anyone who experienced loss before or during the pandemic. You’re in my prayers.

Can you tell our readers more about what you do and what you think sets you apart from others?
I am currently an independent singer/songwriter/performer. I was previously in the pop/hip hop group Dorothy Milone and prior to that, the collaborative hip hop group Pass Me The Ball. I specialize in being the bright light that lifts people up. As Bob Marley said “One thing about music, when it hits you, you feel no pain.”

My professional background consists of 12 years in financial services and I am a Woman of Wall Street. I am also the CEO & Founder of The Business Matchmaker LLC where I empower and elevate business owners to realize their dreams by “filling the gap” and matching them with what they need (not just what they want); Call me the female business version of Dr. Phil. I have big dreams and I have no plan of stopping anytime soon. I tell everyone I will not stop grinding, hustling, networking, and building until I am the CEO of my vision.

I am proud of the inspiration I have been told I instill in others and for passing the torch. As Gloria Steinem said “if we each have a torch, there’s a lot more light.”

What sets me apart is I am a true empath in all that I do and I truly feel what others are feeling in such a powerful way. I can even predict when something is going to happen before it does, almost like a premonition (yes, it’s true!)

Are there any apps, books, podcasts, blogs or other resources you think our readers should check out?
Books: “The 10Ks of Personal Branding” by Kaplan Mobray. This is written by my phenomenal mentor and it’s all about being intentional with your brand, your most powerful tool, and learning how you show up in the world. “You are a Badass: How to Stop Doubting Your Greatness and Start Living an Awesome Life” by Jen Sincero (this tile is self-explanatory and it’s an oh-so-inspiring read on leading the life you want), “Get All The A’s In the Game of Life” by Susan Vernicek – A book of inspirational quotes and messages to guide you in your powerful journey (Teaser: I am featured in it!)

Podcast: Work Your Money Podcast – My own! I am a co-host alongside Michelle Wong, Founder, and Relisha Gibson and it dives deep into entrepreneurism and pivoting in our new normal.

TV Show: Brooklyn Savvy – I am a rotating panelista alongside Host Toni Williams. It is chicken soup for the business soul and impacts the community at large.

Zoom: Women’s Collabo-Call – I co-host this alongside Chantelle Simone, Michele Wilson, Kim Welcome, and Jaycel Murphy. It’s a community of women that are focused on vision-building, accountability, and execution for their businesses as well as finding the confidence within.

Music is fueled by your mindset. Without self-care and your personal health, the creative and innovative mind cannot be put to work. I now practice mindfulness (inspired by Clarisa Romero, author of “The Fearless Entrepreneur”) and personal development practices to inspire myself to be the best version of me and hopefully through my art, I can inspire others towards greatness. We each have it in us, we just have to work on becoming our own biggest fan. 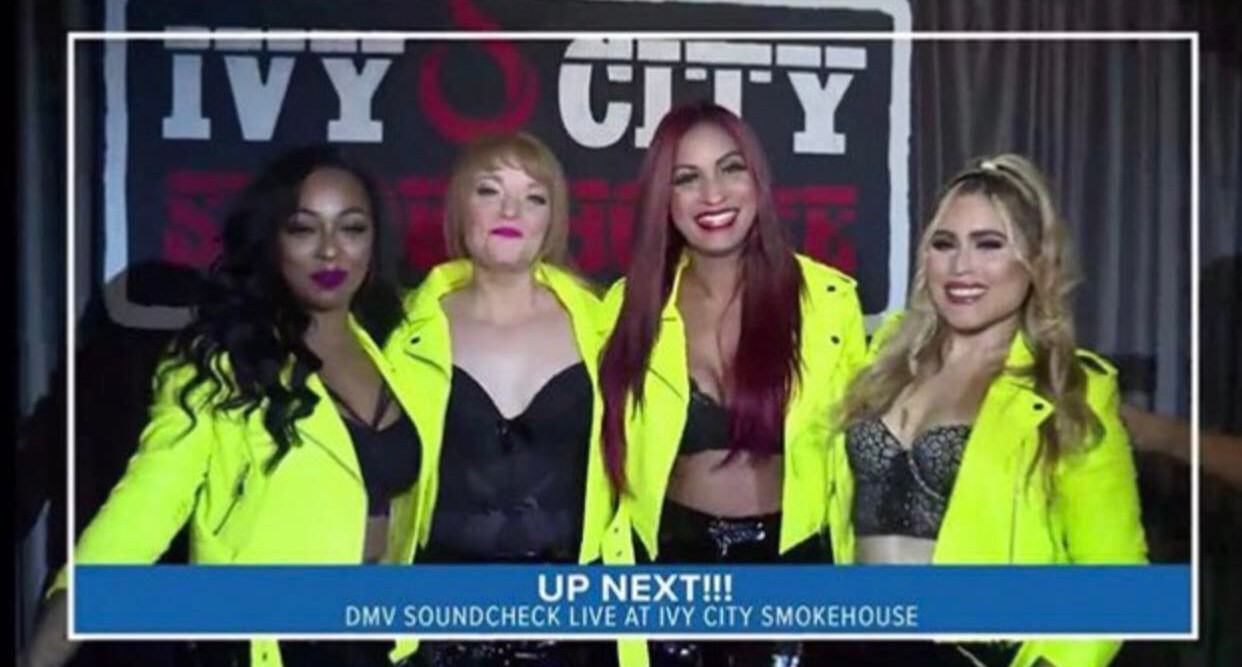 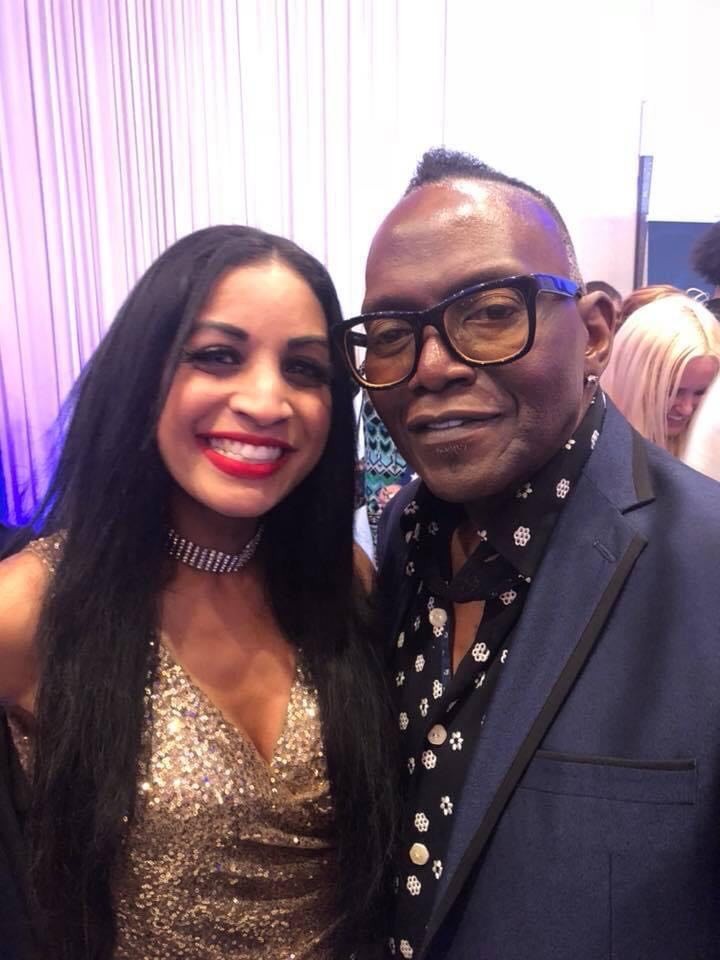 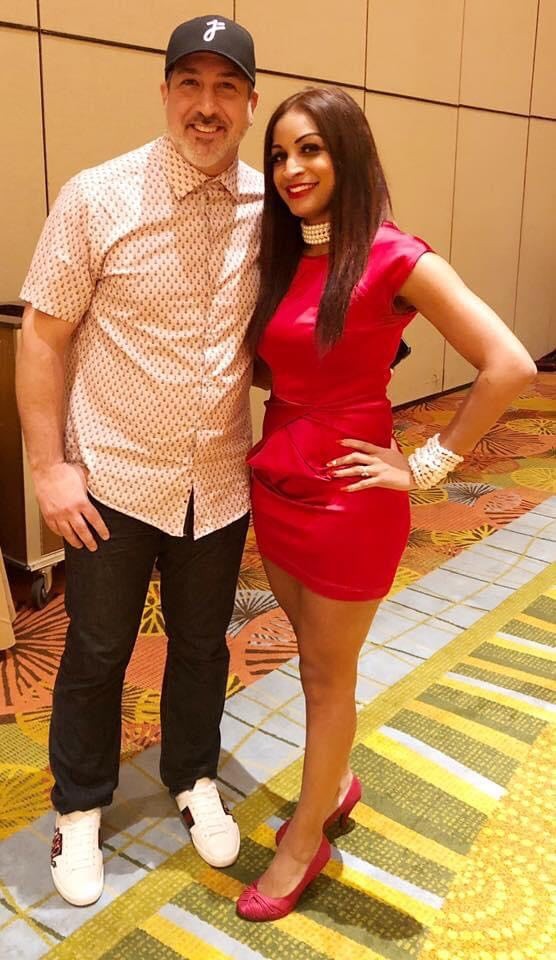 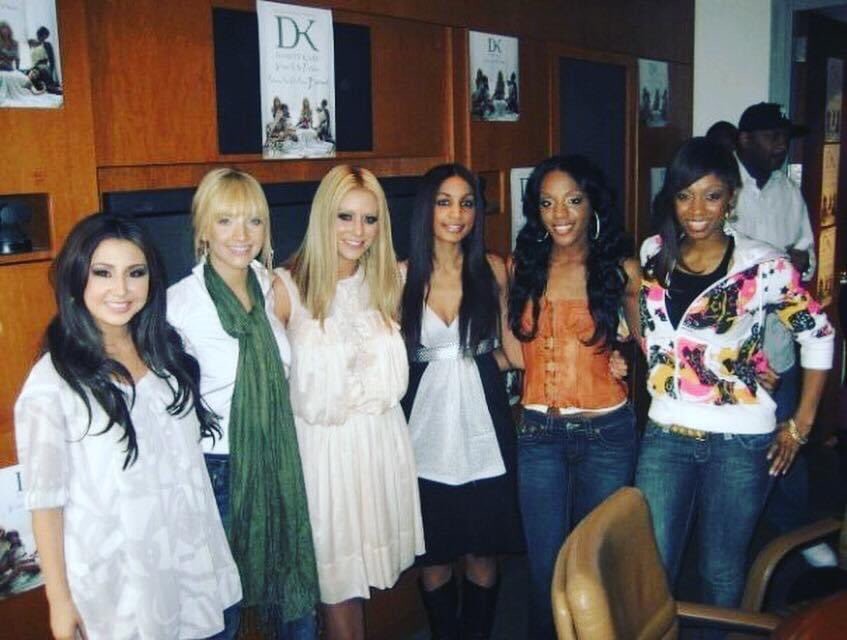 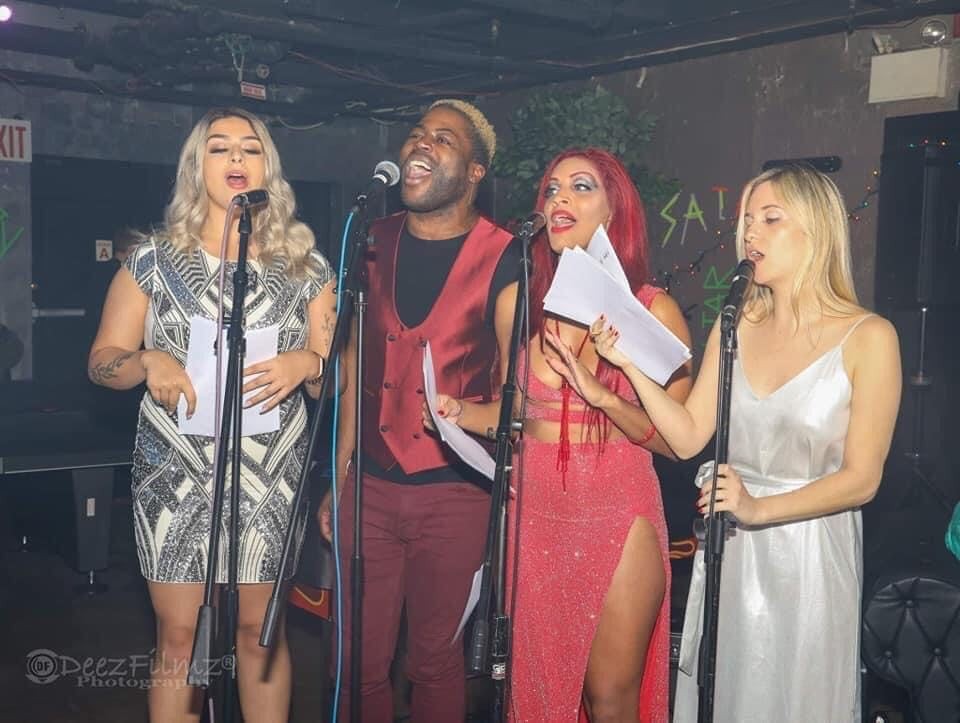 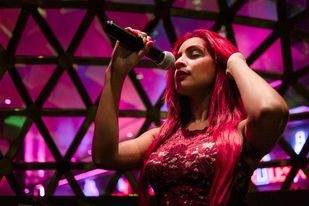 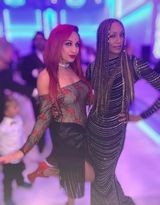 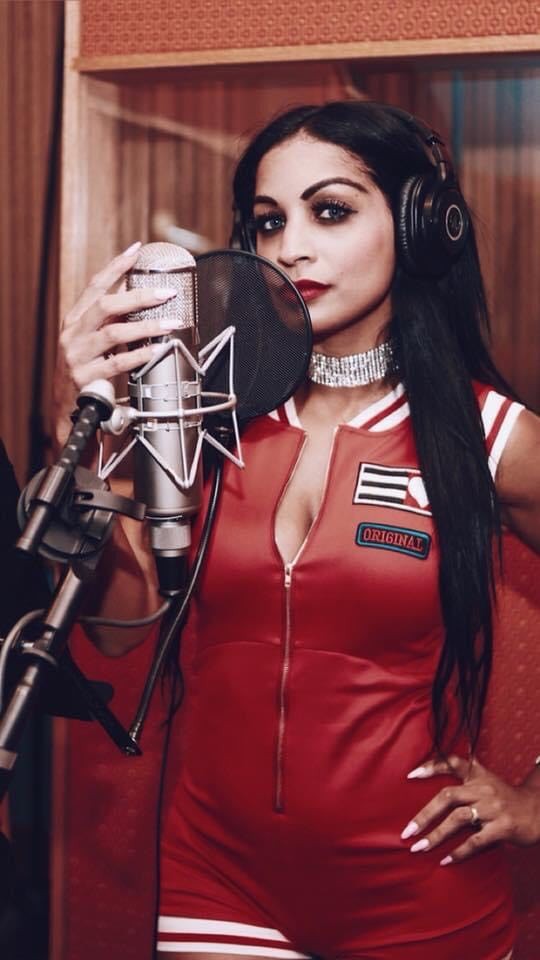 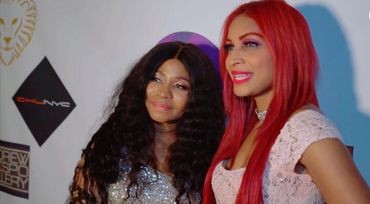 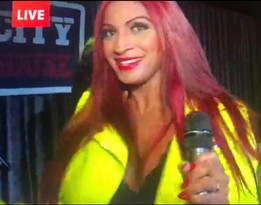