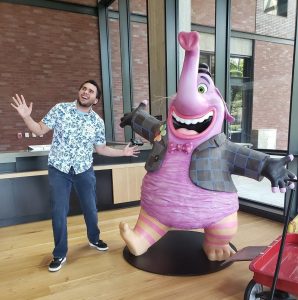 Today we’d like to introduce you to Christian Gonzalez.

Hi Christian, thanks for sharing your story with us. To start, maybe you can tell our readers some of your backstory.
I am a 26 years old Chicano 3D artist living in Santa Ana California. I’ve always had a passion for art, I’ve been around it basically my entire life. Most of my family have dabbled in the arts or are currently artists, so you can say it runs in my genes. Being a very impatient kid with lots of attention issues the only thing that really calmed me down, or at least how my mom tells me was creating my art. I started art lessons at the age of eight at the time I studied from life and drew what I saw. Up until high school, I never knew the full extent of what an art career could be. I thought there was only two paths in the arts, either become a fine artist or a graphic designer. So of course, I choose graphic design and I got accepted to California State University Fullerton to study just that.

CSUF was my home for five years from 2012-2017, I made lots of great memories there, met lots of great friends some who have been my colleagues in the last couple of years. I started my college career as a Graphic design major and graduated as a 3d Artist with a degree in Entertainment arts/Animation. I enjoyed 3d so much in school I volunteered my own time to TA an intro to 3D class taught by one of my favorite instructors Andy Fedak. I also helped create and founded a new 3d club called “Poly Squad” on the campus for those students that were just as interested in 3D as I was.

I got my first taste of the entertainment industry in Spring of 2017. I got an internship at Gadget-Bot productions as a 3D character/asset rigger for a VR first-person shooter game they were creating, thanks to a very awesome friend and a fun little film I created the previous year. Shortly after that, I graduated school and landed a job in marketing as a 3DVisualization/Graphic design artist at Norman Window Fashion. I worked in marketing for a little over two years. During that time, I also freelanced for Joe Sola a fine artist based in LA. I was able to create a couple of fun 3d scenes for him one which made the cover of the LA times in 2020. In early 2019 after having a very deep conversation with a friend and after feeling too comfortable working in Marketing, I signed myself up for a course at CGMA(CG Masters Academy) that course plus many other online courses I took really sparked a catalyst of creativity and helped me gain the passion and drive to pursue a 3d character artist position. Later that year, I was able to freelance for Gadget-Bot again and created some fun 3D prints for them. I met a fun art Director in San Diego a couple of months later after purchasing a Wacom Cintiq from him off of Facebook Market Place. He offered me a freelance contract to work with him on his start-up studio Seedling Group LLC to help create some fun 3d characters.

At the end of that year, I was excited that I was getting so many freelancing opportunities but was very burnt out and wanting to create characters full time. So I continued to take online courses and updated my Artstation almost religiously at the end of 2019.

I received an email two days after the new year in 2020 offering me a 3d character job at a cool new studio in Calabasas called GreenPark Sports. I got an art test 1 week later and a week after that, I started working there full time. Not only that but I also landed a short contract job one month later at Haus, where I created a couple cool Snapchat lenses, two that I was especially proud of 1 for Invisalign and the other for “RICK and Morty”.

I am currently still at GreenPark Sports, GreenPark has allowed me to not just create 3D models but hone all my 3d skills, I’ve assisted in many game engine integration, rigging and visual development in the last year. This studio and the artist I work with on the day to day are like my family and I am very blessed to be part of it. We work days and sometimes nights, we even take breaks and play video games what more can a guy ask for. Ive had a blast this last year at GreenPark Sports.

Since graduating college almost four years ago, I’ve been very blessed with tons of fun opportunities and a lot of new learning experiences. I am currently taking classes at Gnomon and ready for anything new that comes in my path. I hope to someday In the near future work in TV or Film animation. But until then, I will continue to practice my craft and update my portfolio for any new opportunity that may arise.

Would you say it’s been a smooth road, and if not what are some of the biggest challenges you’ve faced along the way?
I will say it definitely has not been a smooth road to get to this point. I’ve at that time, had to sacrifice family time or going out with friends to work on my craft. There’s been times I’ve continuously stay up at night working on art projects knowing I would need to get ready for work in 2 hours just to get that little extra practice in. I am definitely a workaholic but that I believe is what has allowed me to persevere in very difficult situations in my career. In the last six years or so I’ve learned many programs to be able to create the work I can create today. Anxiety, stress, and tears would be the result of many frustrating days on the art grind. But I would continue through because I knew that every day I work on my craft is one day closer to getting that job I’ve always dreamt of.

As you know, we’re big fans of you and your work. For our readers who might not be as familiar what can you tell them about what you do?
I am like an onion like Shrek mentioned to donkey, I have many layers or in my career sake many hats. In my current job I’m considered a generalist. I understand pretty much the entire 3d pipeline from start to finish for games or film. In my current job, I do both creative art and technical art. What I mean by this is I can create the 3d model but I also can texture, rig/skin the model for proper deformation when animated and integrate the art in the engine plus playtest to check for any issues. I specialize in 3D character creation and texturing, so I am the guy that makes the characters you see in films or games. I am most proud of my work ethic and the amount of programs I understand how to use professionally, I don’t ever believe there is no solutions for a problem I try to solve any issues at hand and if I can’t solve it then and there, I research a solution. This in general is what I believe sets me apart from other artists.

Do you have any advice for those looking to network or find a mentor?
What I always suggest when finding a mentor is first and foremost don’t be afraid to ask for help because 90% of the time the people that you ask for help are very happy to do so. Research other people on LinkedIn that are doing the job you might want to be doing and ask them questions. Ask them to review your work and for advice on what to possibly do to be in their position. Another method that worked for me as well is taking online courses at specialized schools. For me, CGMA and Mold3D have really allowed my network to boom. I’ve been in contact with many people from all around the world while taking the classes and that has allowed my work to be seen in many places,

Also, just be a good person. If your easy to talk to and have a passion for what you do, even the classmates you had in school, like in my case will recommend you for positions that you might be a good fit in. Grow your network while you are in school talk to people make friends and be a genuine person, that will get you far. 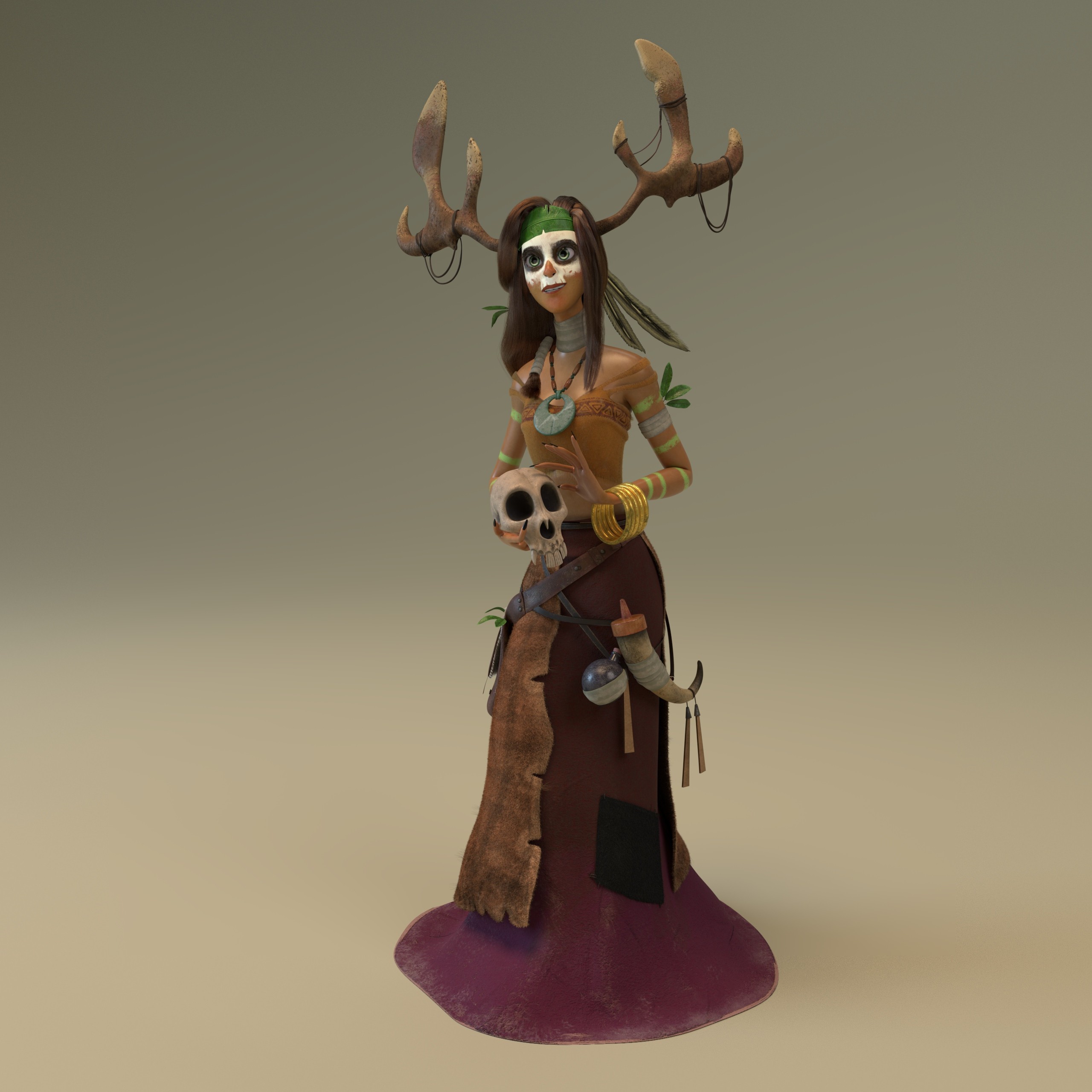 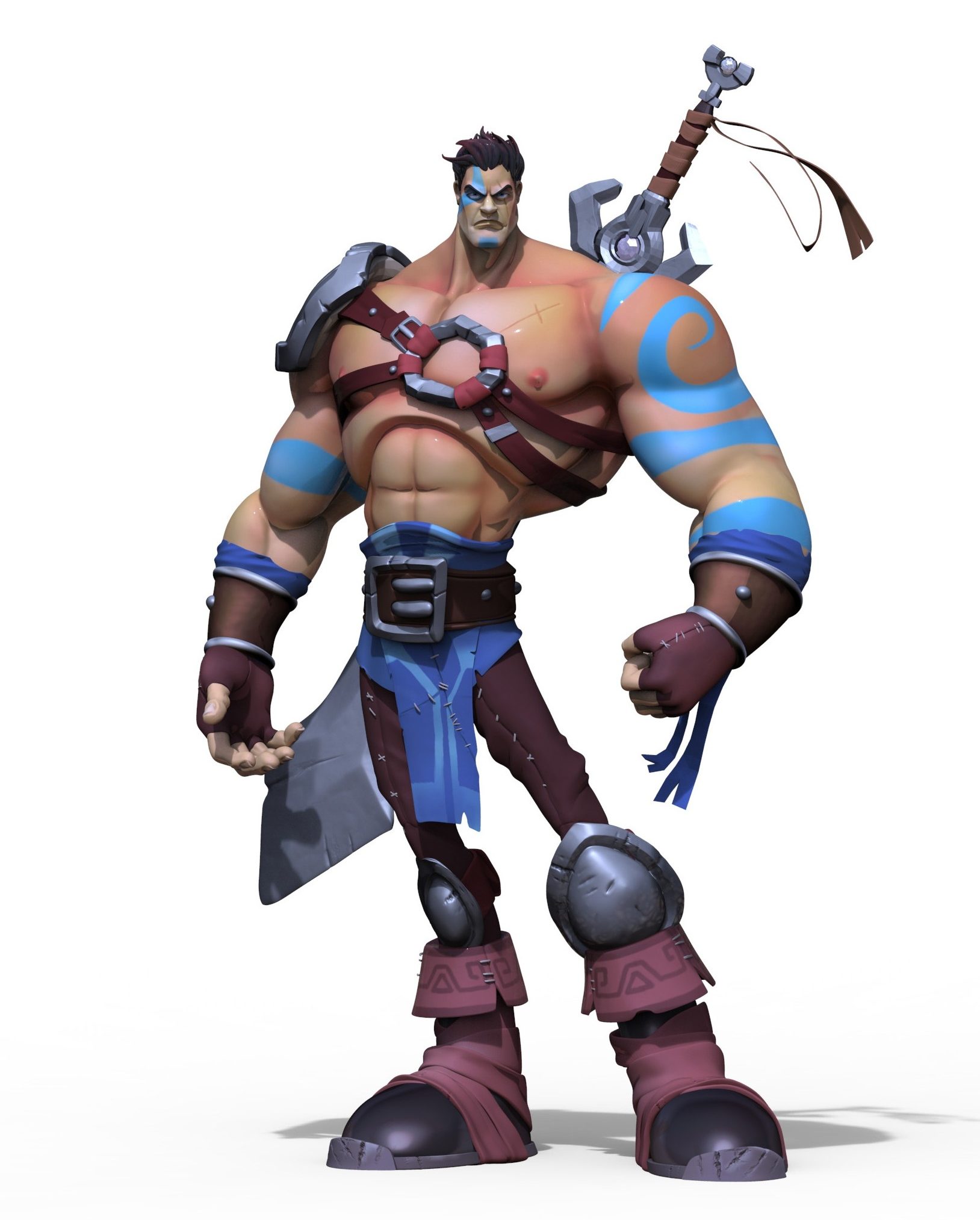 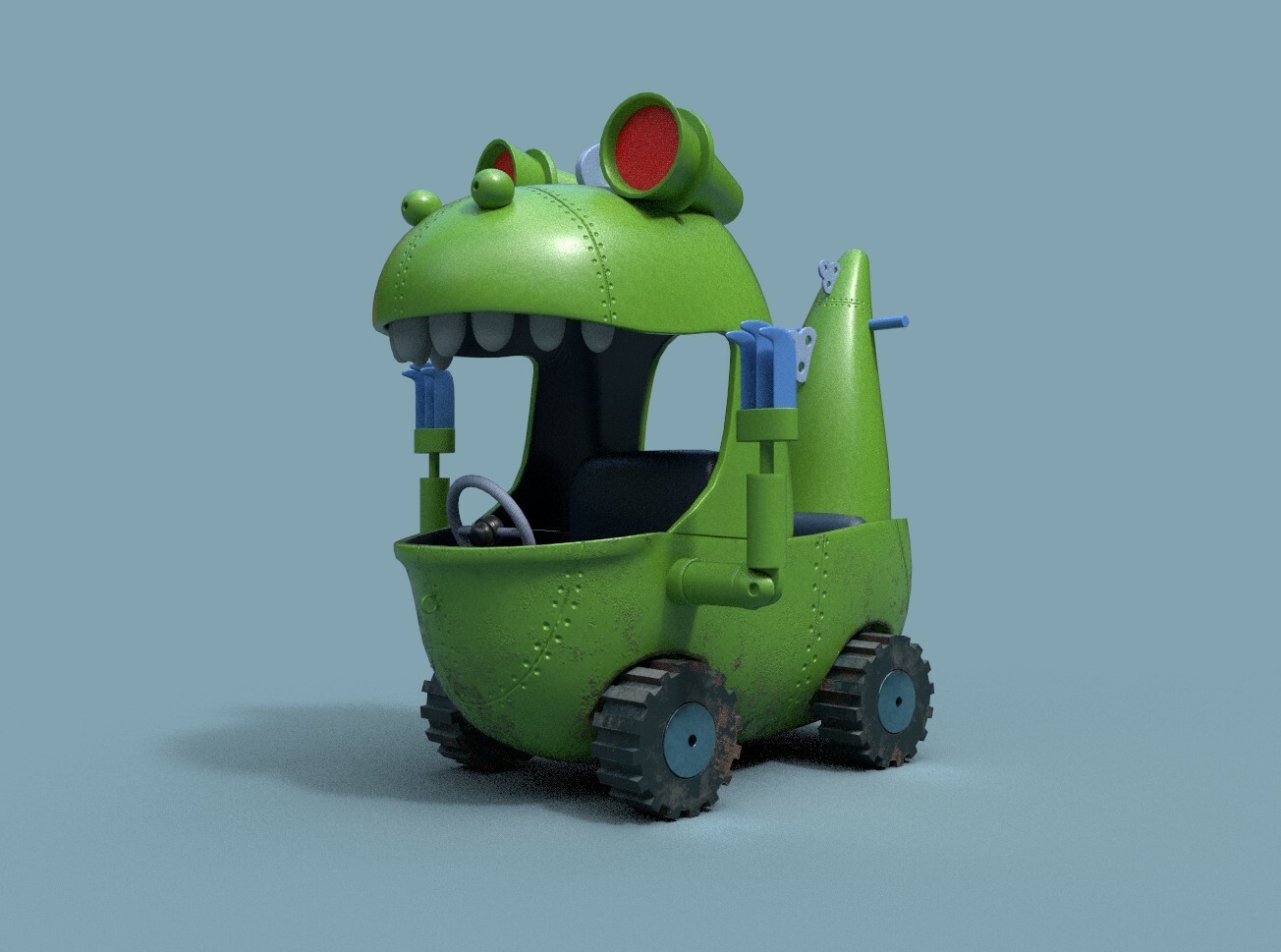 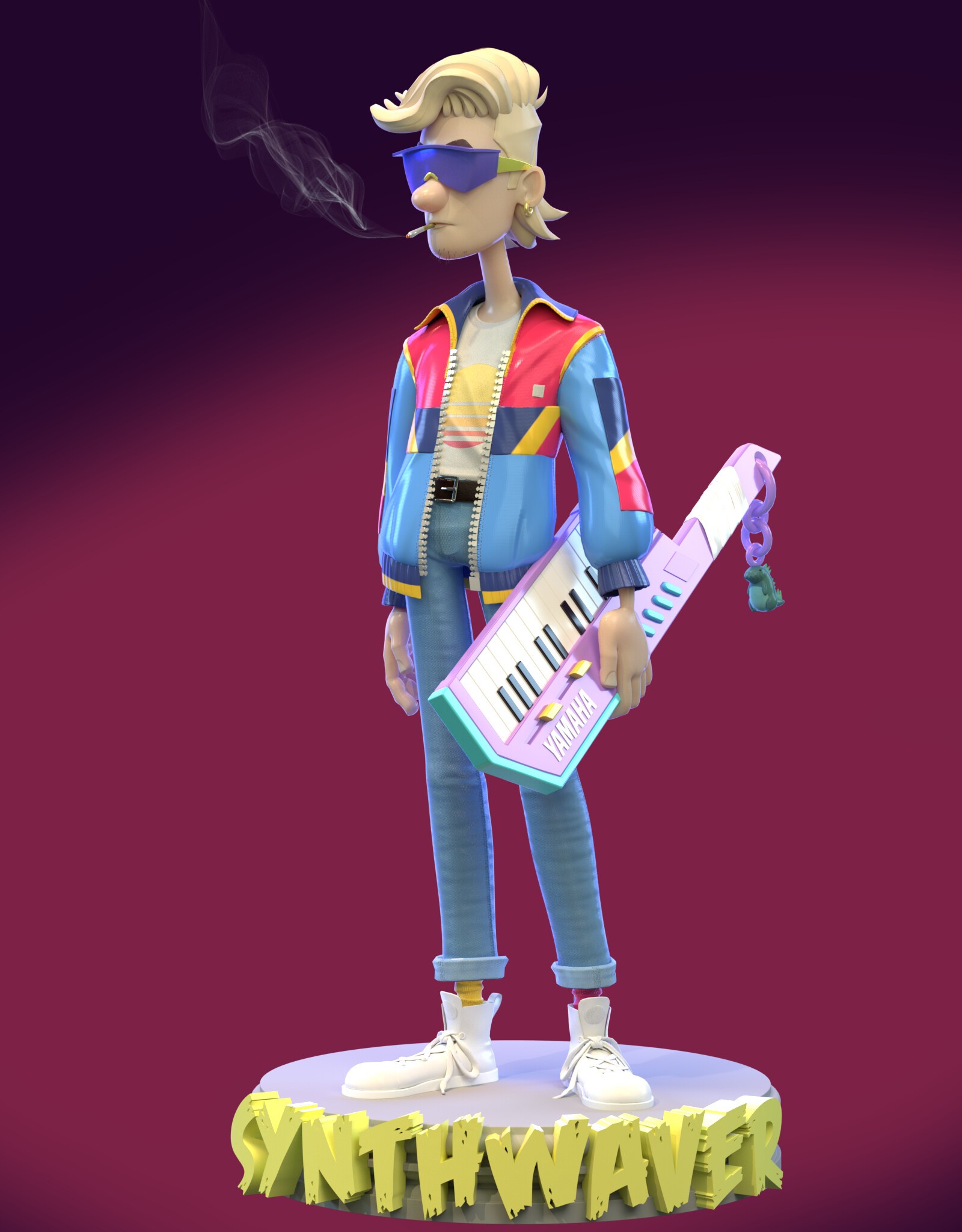