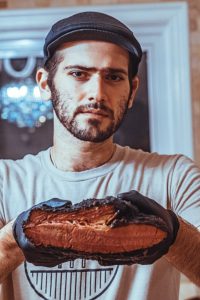 Today we’d like to introduce you to Arthur Grigoryan.

Hi Arthur, it’s an honor to have you on the platform. Thanks for taking the time to share your story with us – to start maybe you can share some of your backstory with our readers?
Growing up, food has always been an important part of my Armenian heritage. During the many special occasions that my family would host, I would always lurk in the kitchen and pay attention to the process of each dish that my mom and grandmother would tag team on and even at a young age, would be fascinated by all the different ingredients and why they were being used. Once I got to High School, I realized that the hospitality industry is a whole world and culture of its own and so I dived down the rabbit hole and started learning about all these different chefs and how they came up into the world.

After doing research as to where I would need to go to get the best training, I made the bold decision to move to Paris, France right after high school and learn this fine craft at the mecca of cuisine where it all began.

I attended Le Cordon Bleu in Paris and got 2 Diplomas, one in Cuisine and Patisserie, and the other for Art, Science, and Management of Wine. During the two years I spent in France I traveled to nearly every viticultural region from Bordeaux to Alsace, and so on, and even completed a harvest internship at Château Siaurac in the Lalande-de-Pomerol Appellation of Bordeaux. Working in this winery was an experience like no other! There was something special about waking up to the fresh smell of fermenting grapes every morning that I will never forget.

Once the harvest of that year was over, I managed to get a job working at Drouant under Chef Antoine Westermann. Drouant is one of the oldest restaurants in Paris founded by Charles Drouant in 1880. During my tenure at this establishment, I felt like a sponge just absorbing as much knowledge about classical French cooking as I can even though most of it was learned from by getting yelled at every morning.

When my two years in Paris were up and I couldn’t get my visa renewed, I decided to move back to Los Angeles and apply for a job working at Mozza under Nancy Silverton. At first, it was a challenge considering her style in comparison to Chef Westermann’s was very different and just getting used to the more rustic and gourmand approach that she presented took a while for me, but overtime it helped me hone and develop my own approach and style to my own cooking which I am forever thankful to her for.

One winter, we decided to take a trip down to Austin and thats where I had my first BBQ experience at Franklin BBQ where we stood in line for nearly 5 hours just to get some Brisket. I am generally a very impatient person, so the whole time I am in line just thinking “this better be good” and it ended up being so good that I had an epiphany that would shift my focus from fine dining to BBQ.

Upon returning to LA from that trip, I bought a smoker and started experimenting on different recipes. Considering Armenians have a notorious BBQ culture, I thought why not incorporate the two and create a hybrid that would present both my Armenian heritage and me being born and raised in America, and so III Mas BBQ was born.

III Mas translates to 3rd District in English and it is the neighborhood in Yerevan, Armenia where my dad was from and where he worked in the meat industry.

Once I got my recipes down, I decided to invite the Mozza crew along with my mentor Nancy Silverton over to my house for a BBQ to have them see what I’ve been working on.

Once Nancy gave me her blessing, I knew that it was time to move on and start making a name for myself, so I left my job at Mozza and committed full time to my own project.

Within a month of starting my own business, I was already contacted by Marcus Samuelsson to be featured on his TV show titled “No Passport Required” and a few months after that, I was also featured in the LA Times.

Currently, III Mas BBQ is a popup, where I host seated coursed-out BBQ dinners, and during COVID we are take out only essentially.

Over time I hope that this project will eventually turn into a brick and mortar establishment.

Would you say it’s been a smooth road, and if not what are some of the biggest challenges you’ve faced along the way?
The food industry is never a smooth road and the people who feel like it is probably haven’t worked hard enough yet. Biggest struggle starting out was living in a foreign country trying to get used to all the customs and norms followed by learning the language all on my own. Working the line of any restaurant let alone a Michelin starred one takes a great toll on not only your physical but mental health.

As a cook, you are responsible for a specific station assigned to you that day of service and it is your duty to prep everything for that station and during service to properly communicate with everyone else to make sure that all food goes out at the same time under the command of your Chef. One person messes up and it causes a domino effect on the whole kitchen that could send things crashing down especially on a busy Saturday night with 350 reservations booked. So imagine me, an 18 years old dude barely learning French trying to comprehend what’s going on in a busy French restaurant.

This was just one of the many struggles of being a line cook, however starting your own business is a whole different ball game. Like all things, the best lessons are learned through trial and error and BBQ being the labor-intensive craft that it is really put this into perspective for me. Before I quit my job at Mozza, on the one day off that I would get, instead of resting I would go out and spend most of my paycheck on Briskets to practice on, and I would stay up all night trying to document everything be it how long I cooked it, how long I let the rub sit on the meat for, how I trimmed it, and so on. I maybe messed up on at least ten briskets before getting the 11th one somewhat right. Now that I look back at it though I don’t see any of this as a struggle but a learning experience.

I’m a firm believer in being broken down only to be built back up much stronger, so I’m thankful for these experiences.

Can you tell our readers more about what you do and what you think sets you apart from others?
I run a secret BBQ Popup out of Northridge named III Mas BBQ which is named after the neighborhood my family in Yerevan, Armenia is from. I specialize in Texas BBQ with an influence of Armenian flavors and fresh-baked Pita Bread and Lavash.

Some examples of what I serve are my Pomegranate Glazed BBQ Spare Ribs, Spiced Smoked Lamb Shoulder, and last but not least the Aboukht(Basturma) Brisket.

What makes my BBQ so different than others is how I’ve been able to incorporate my Armenian culture into the culture of American BBQ.

The Brisket is my pride and joy when it comes to what I serve simply because of the long journey I had perfecting it. Briskets are trimmed and placed in a brine which contains an Armenian spice mixture called Chaman where it brines and cures for two weeks before it is applied with a dry rub and smoked for 12-16 hours. I normally serve this on a fresh-baked pita with homemade strained yogurt and pickles.

What’s next?
I have many plans for the future, however my main goal is to one day have my own restaurant where I can showcase the cuisine of my fatherland on a global scale and finally put Armenia on the gastronomical map that it deserves to be on. Armenians were the first to make wine and we have a rich history of how we have contributed to the cuisines of the Near East and so it would be a great honor for me to take the responsibility of showing that to the world and being a cultural ambassador for my people. 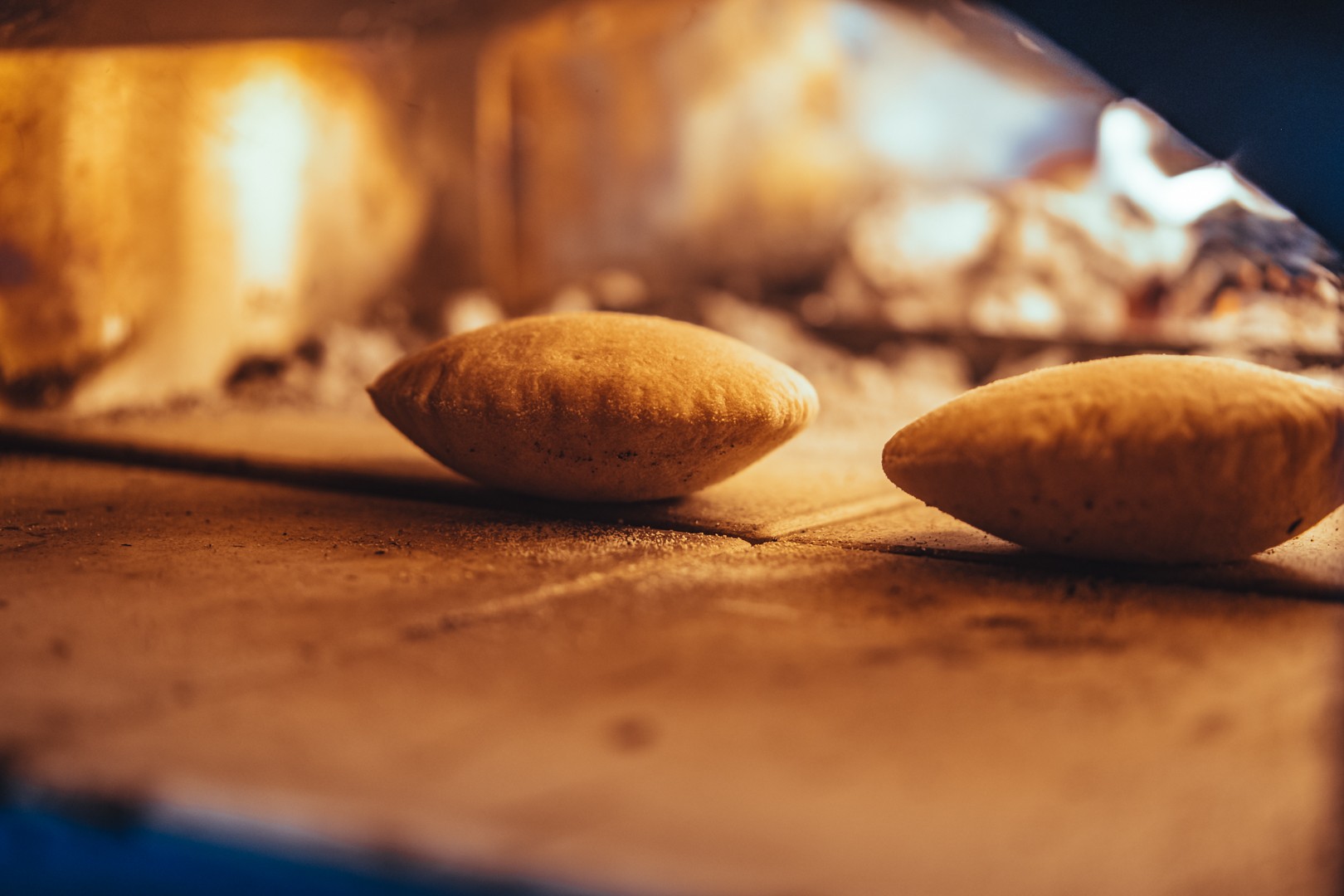 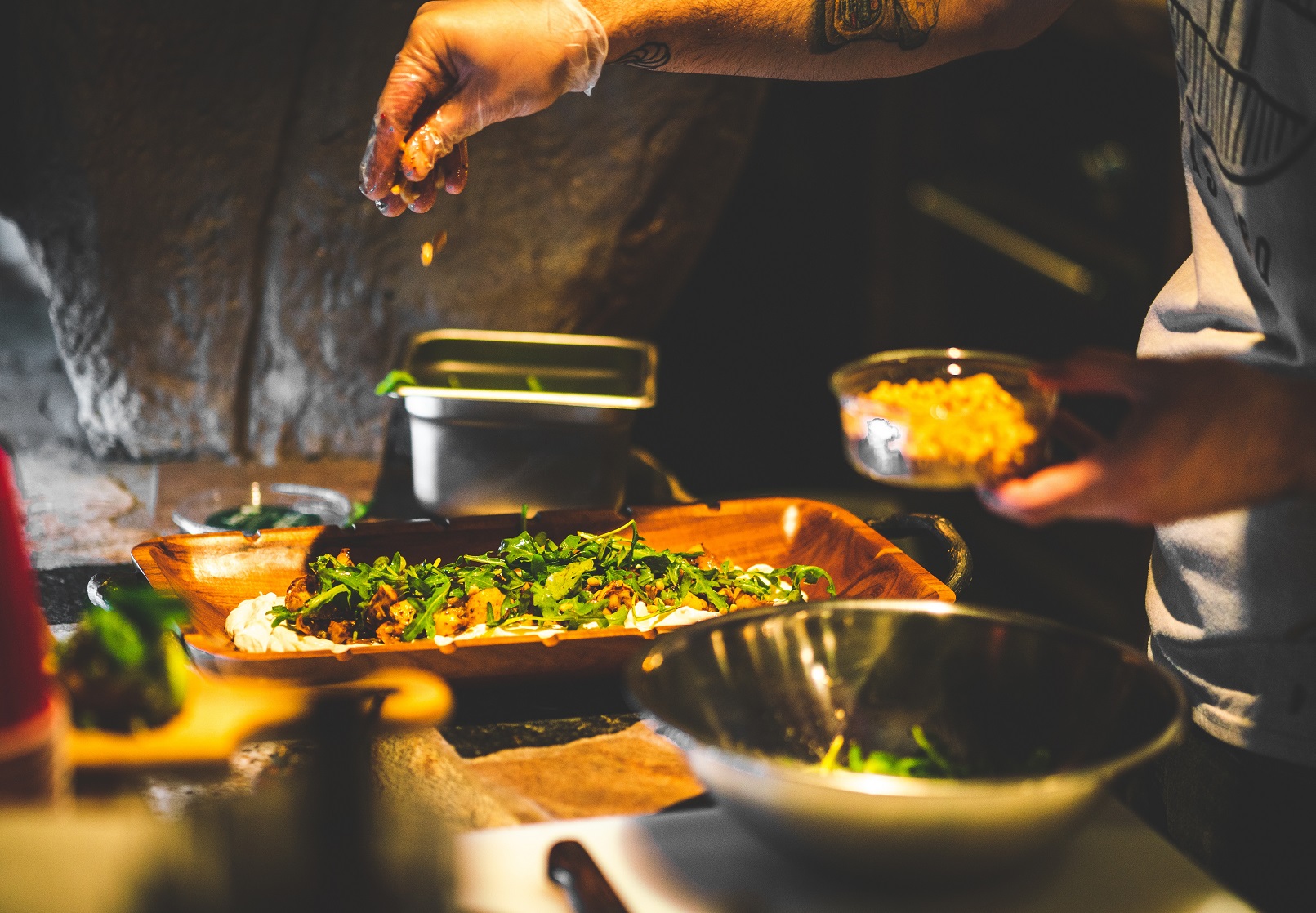 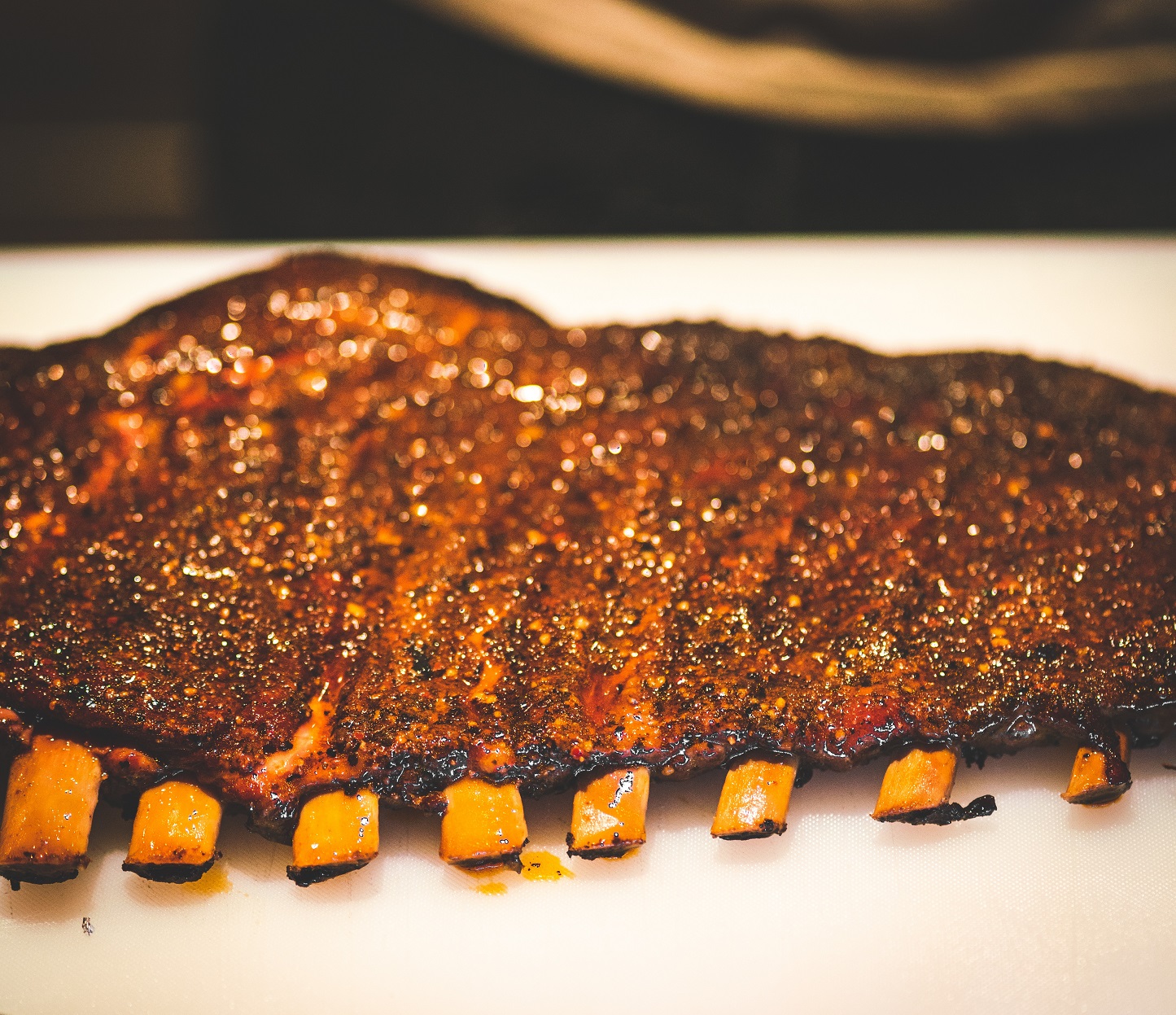 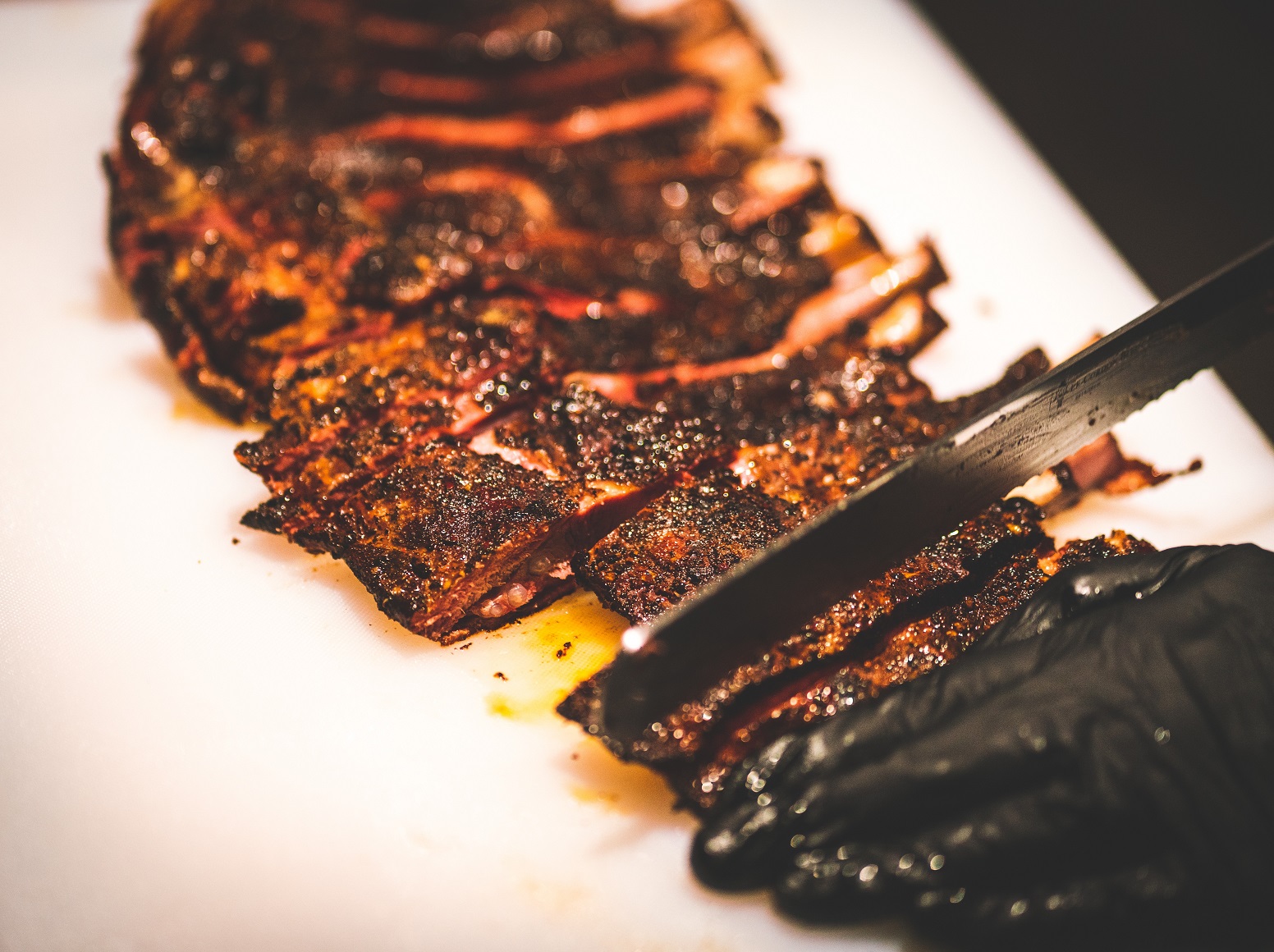 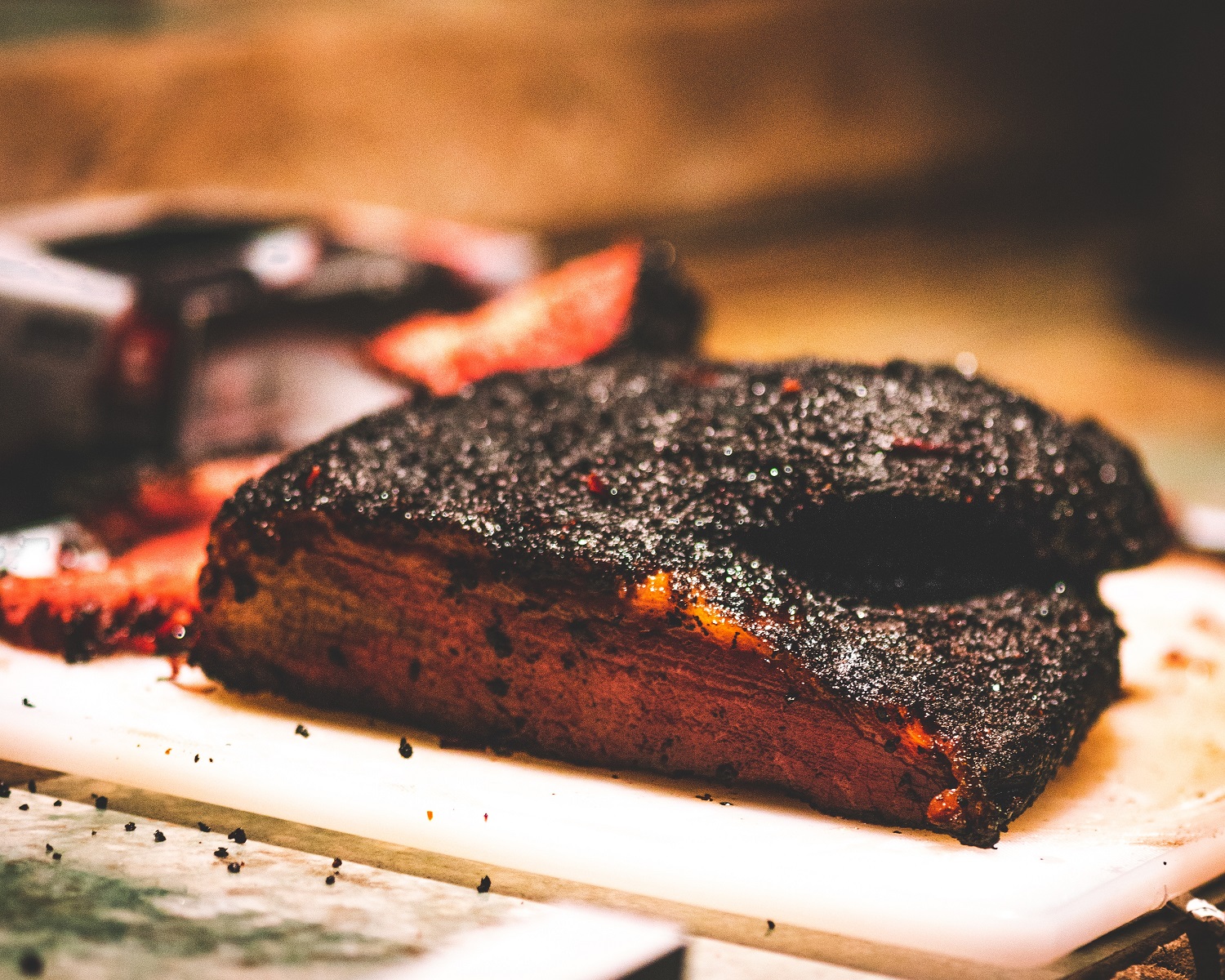 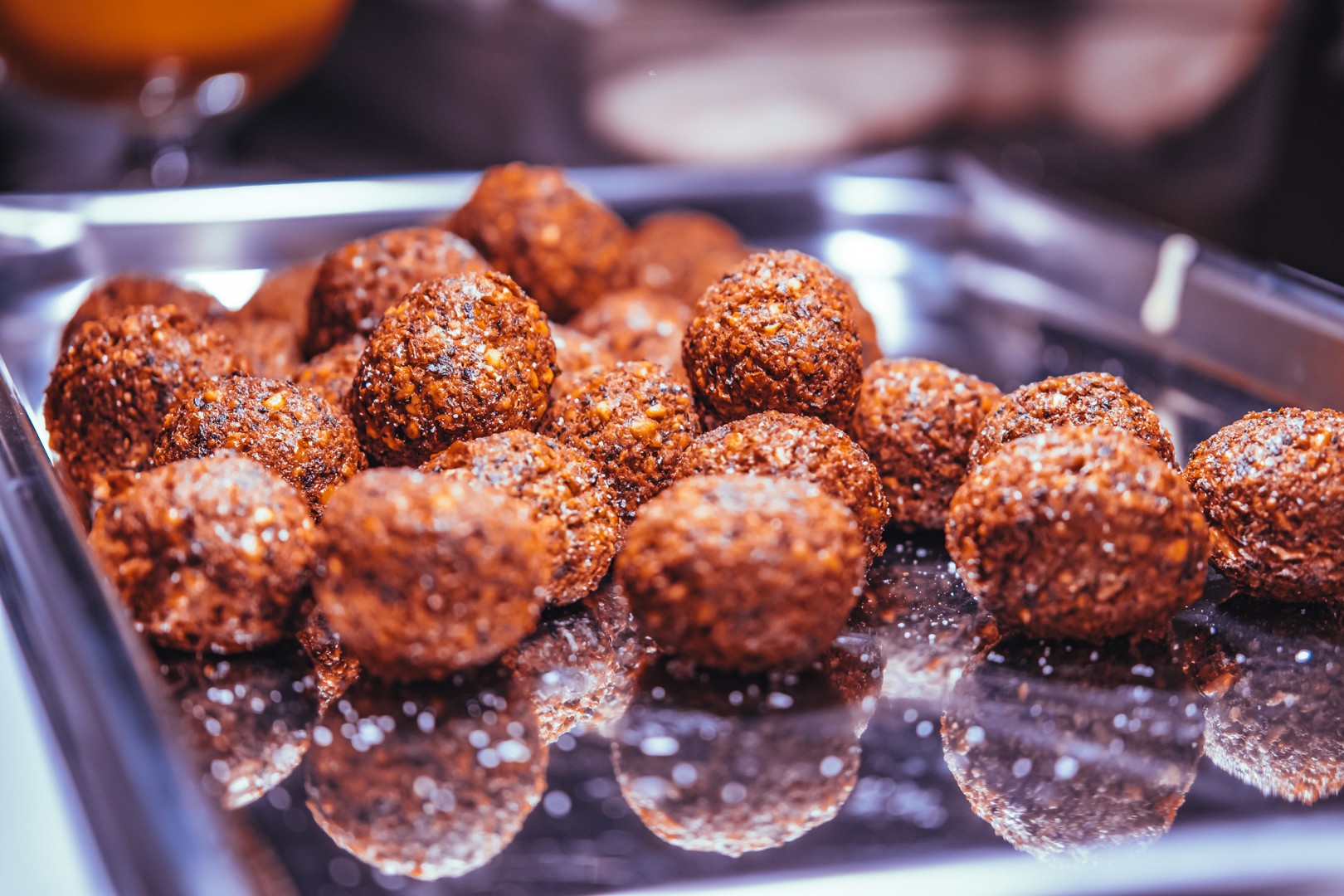