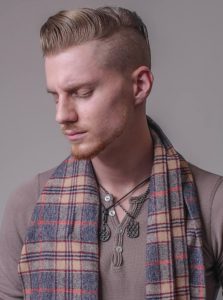 Today we’d like to introduce you to Andrew Beckner.

Hi Andrew, we’re thrilled to have a chance to learn your story today. So, before we get into specifics, maybe you can briefly walk us through how you got to where you are today?
I am a Los Angeles-based Producer, Singer, Songwriter, Multi-Instrumentalist who has spent the past decade producing and writing songs for artists like Danileigh, Iann Dior, and most recently on K-Pop supergroup NCT 127’s #1 selling Albums, Neo Zone and Loveholic.

During this period, I have also spent much of my time and resources organizing and supporting Black liberation movements. Since the George Floyd uprisings, I have been particularly active, organizing and participating in direct actions, such as the March For Reparations that I helped organize with Black Pact, a South Los Angeles-based organization dedicated to advancing Black politics both locally and on a national level.

I noticed very early on in my career that systemic racism and white supremacy are just as present in the music industry as it is in every other aspect of American life. Starting with the appropriation of Black culture, predatory record deals, lack of representation and resources that other non-Black artists have access to. I feel like major labels posting their “support” and “solidarity” with the Black Lives Matter movement this summer was performative at best.

None of these labels were willing to give their Black artists and producers their masters or proper publishing and in almost all cases, these creatives are being given advances that they must pay back with interest, locking them into a perpetual cycle of being taken advantage of by record companies at the expense of the very Black creatives they owe their entire existence to.

It is with this knowledge that I started my label, Culture Jam™ Co in Winter of 2019. It wasn’t soon after that the nation began to rise up against police brutality and white supremacy. I started providing sound to marches being held in downtown Los Angeles and organizing marches in solidarity with Black Lives Matter. This is just one of the many ways that Culture Jam™ Co is trying to make a real impact by actually being involved and providing support for the Movement For Black Lives.

In addition, I curated a Production studio in Van Nuys, California where I record, produce and write with the artists that I am working with. It’s another way that I have been able to use my resources to give back to the Black music community. Most labels make their artists recoup studio costs and the cost of producer fees, musician fees, etc.

I handle everything in-house and get all funding from donations and my own funds. This has been a dream long in the making, since 2010 I have been building studios with the goal of creating a socially conscious label. My website, as well the Culture Jam™ Co website features links to donate and provide support for pro Black organizations and causes.

I’m sure you wouldn’t say it’s been obstacle free, but so far would you say the journey have been a fairly smooth road?
Having grown up in Pine Hills, FL a predominantly Black, low-income neighborhood in Orlando, I witnessed how systemic racism, police brutality and lack of resources affected every aspect of the community I lived in. I grew up in extreme poverty, sold drugs and found myself constantly having to find creative ways to survive and get out of the neighborhood and city I grew up in. I played guitar in churches, bars, clubs and in various touring, corporate and wedding bands. I did odd jobs, pawned and resold music gear, mowed lawns and hustled any way I could to make ends meet.

When I moved to Los Angeles, I finally was forced with facing the growing mental and emotional trauma I had endured growing up. Lack of resources and money made it nearly impossible to find affordable and accessible mental health services. This all came to a head in 2017 when I was committed to a psych ward for four days after several failed suicide attempts. I am so blessed to still be here and I want to use this second chance at life to inspire others and show younger folks who might be going through similar things that you can make it on the other side of your darkest days.

Thanks for sharing that. So, maybe next you can tell us a bit more about your work?
I recently had music featured in Netflix’s Formula 1: Drive to Survive as well as the show Sistas on BET. You can also hear the track “In My feelings” by Rauziel feat. Alice Aera, produced by myself and AC The Producer that just dropped.

I co-produced the Song “Oh My” with producers Camden Bench and Mike Zombie for my good friend, artist Tish Hyman featuring Earthgang that is scheduled to drop May 31st. I have a lot of other music that I worked on that will be coming out this year that I can’t speak on right now but all I can say is keep an eye out. I feel so blessed to be able to make timeless music with my friends for a living.

In addition, I am working every day on building my label Culture Jam™ Co to continue to support Black liberation movements and give back to Black creatives in Los Angeles and around the country. Everything that I do creatively goes back into my label.

Do you any memories from childhood that you can share with us?
When I was 14, I started playing at seedy, smoke-filled, hole-in-the-wall bars and clubs. I used to come home right after school and practice my setlists so I could be ready to perform with my band. I used to load up my minivan and drive us all more than an hour out of town where they would let underage kids play on stage. These were some of my favorite memories coming up. I used to jam with the older players and absorb everything I could. Sometimes the bar would short change us, sometimes they would give us free beers, and the occasional rat would run across the bar from time to time, but in those moments, I was already living out my dreams. 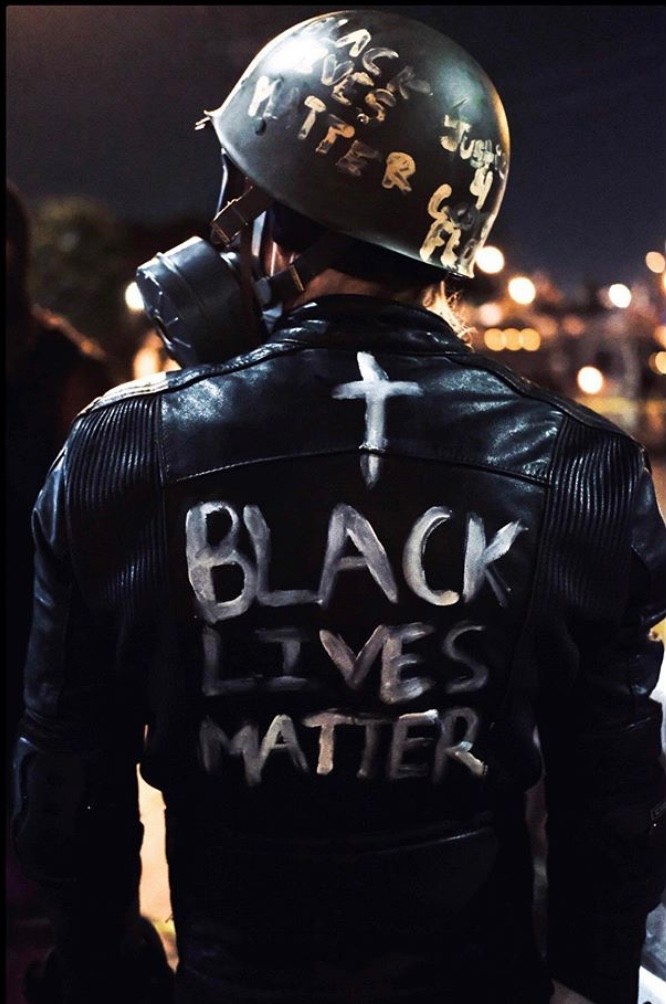 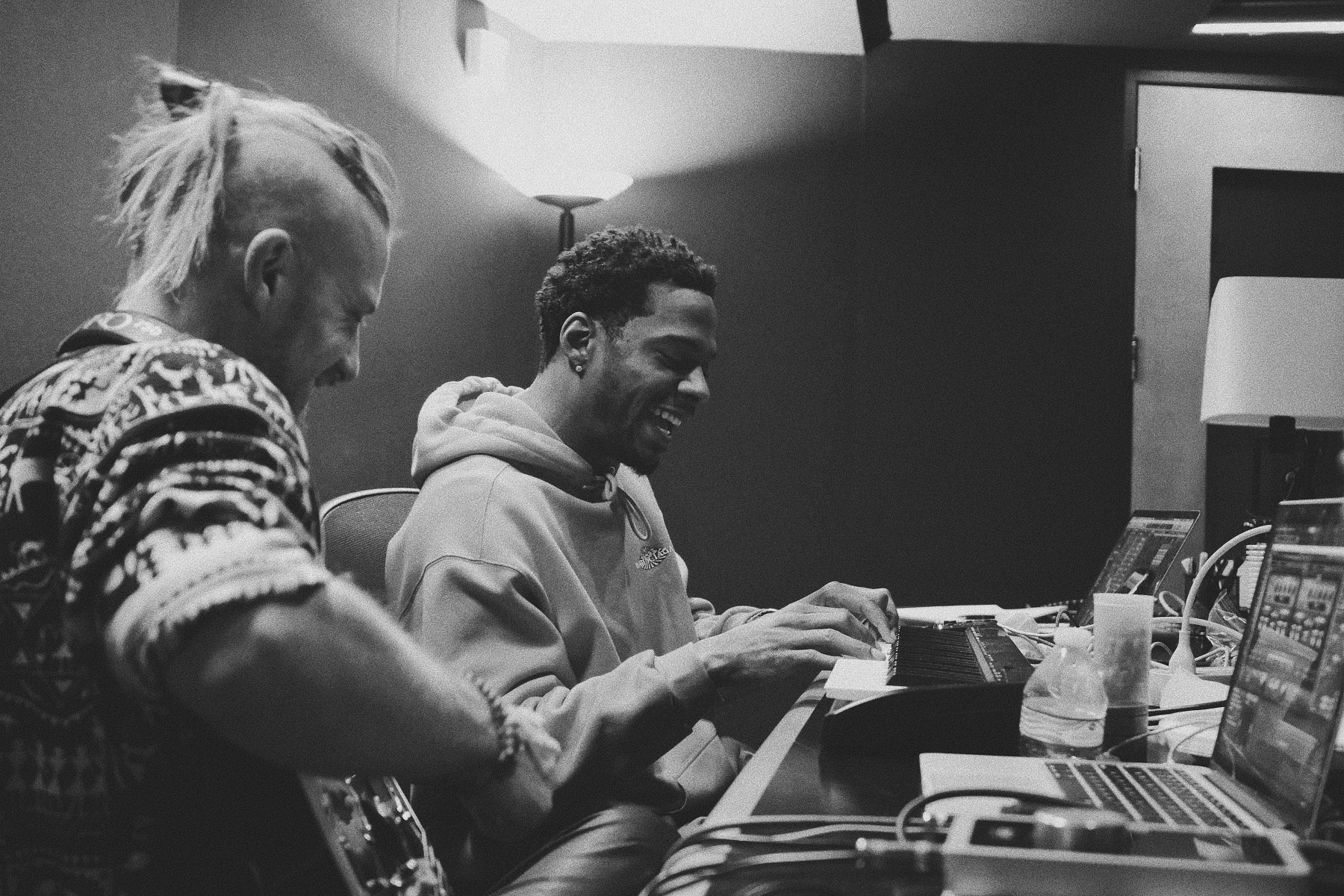 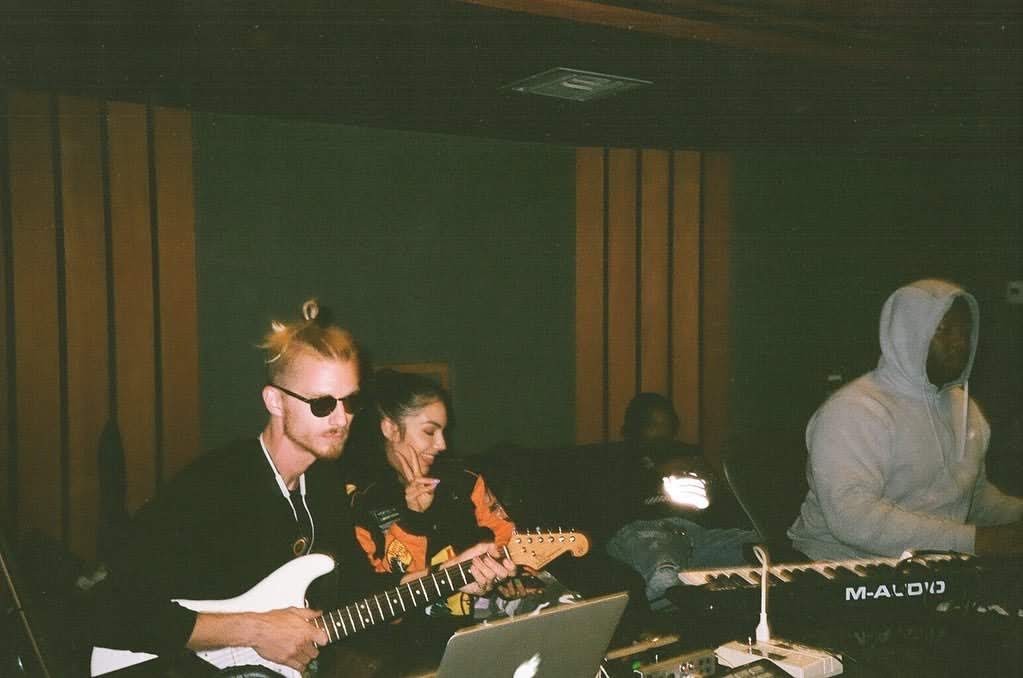 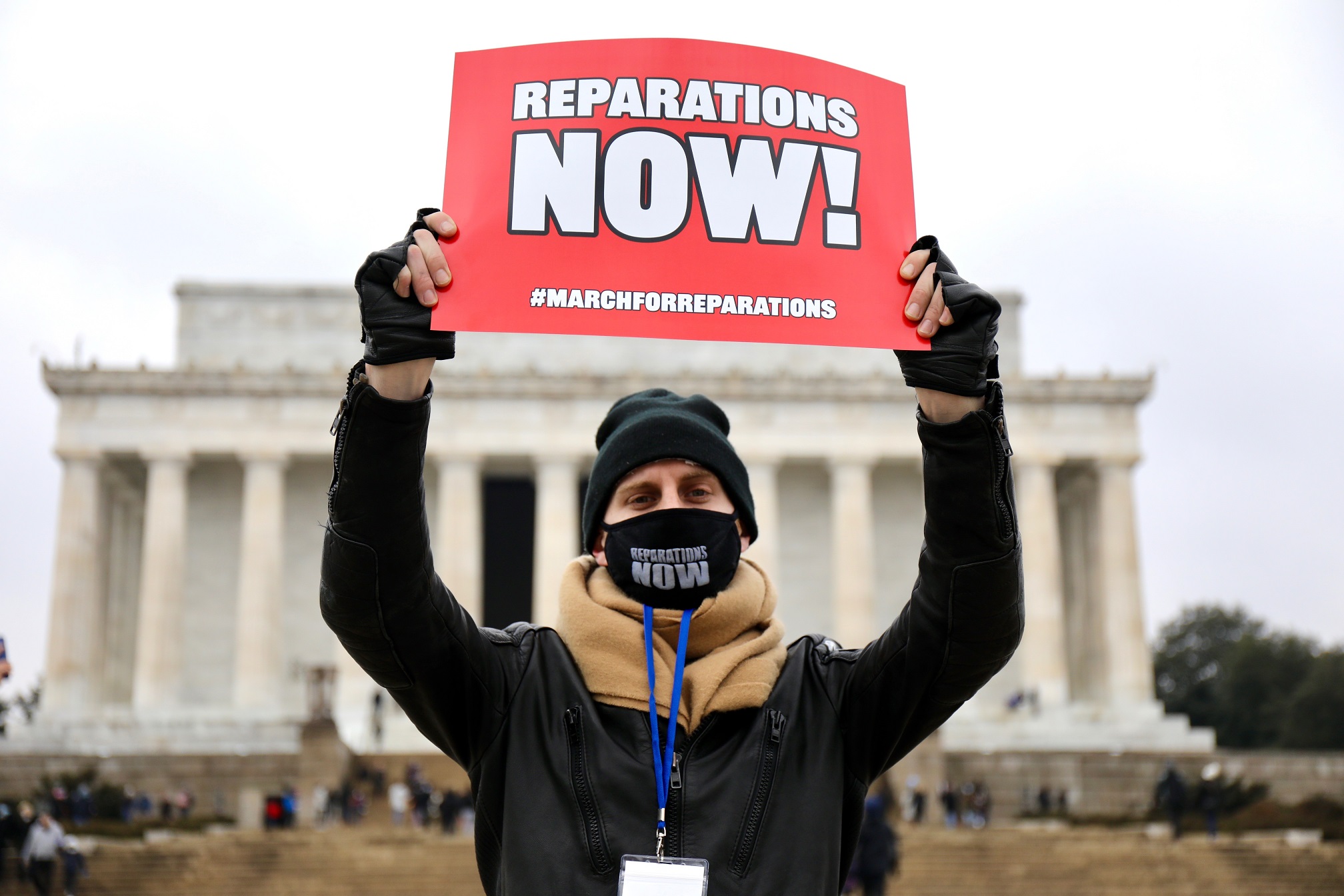 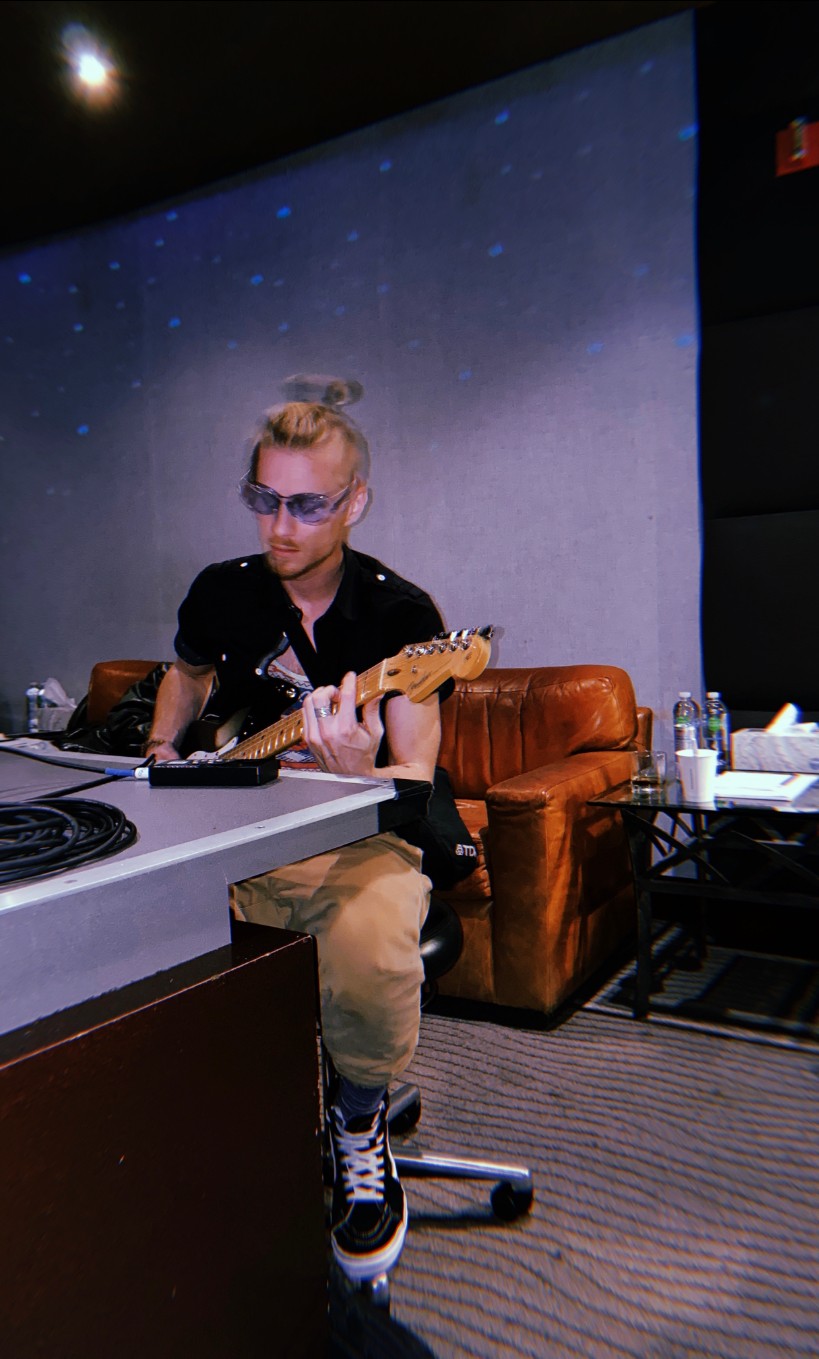