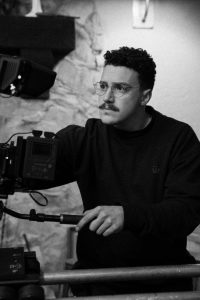 Today we’d like to introduce you to Andrés Aragón.

Hi Andrés, please kick things off for us with an introduction to yourself and your story.
I was born and raised in Costa Rica, and I moved to the US in my youth. Although we spent some time in Texas, my family and I moved to Los Angeles when I was in high school because I thought I wanted to pursue acting. That’s how I started my career in entertainment. I spent some years working on commercials and lots of voice-over. However, as I got to college, I realized acting wasn’t for me. You face a certain scrutiny that you cannot change, purely based on your look and features. I knew I wanted to stay in the entertainment industry, so the natural progression was to go behind the camera. I’m not a good writer, which meant directing was out of the picture. And I’ve always had an interest with cameras and tech. Cinematography was the bridge between both of those. I could merge the art and passion of telling a story that I learned through my time acting with the tools and science behind image-making. I came into college (Biola University, School of Cinema and Media Arts) guns a blazing, laser-focused on being a DP. In my time at school, I also worked as a camera assistant as a means to further learn from other cinematographers how to light and compose. I got the opportunity to get close with several of fellows at AFI who brought me onto their projects both during their time at the institute and after their graduation. During school, I also got the opportunity to work at Panavision. Because of my experience as a camera assistant, I was able to turn my internship into a part-time position as a Prep Tech. I spent two plus years with Panavision. During my time at school, I got the opportunity to work on several high budget shorts. One in particular is backed and funded by the school of cinema. My thesis film, Silly Human, was nominated for the ASC Student Heritage award in 2020. Covid hit after my graduation, but luckily I was still able to work. I’ve spent the last year focusing on music videos and commercials, and I was also able to shoot my first feature film. The film was “Love You Anyway: written by a good friend Anna Matz and produced by Emillio Mazariegos. Our film was part of the Six Feet Apart experiment put together by Wayfarer Studios, who funded the film. The film has been finished and is currently making the rounds for distribution.

Would you say it’s been a smooth road, and if not what are some of the biggest challenges you’ve faced along the way?
For the most part, my journey has been pretty smoothed. I am very thankful to have had the right doors open at unexpected times. That being said, I did come with extraneous commitment. During my sophomore and junior year, I was balancing school work on campus, work at Panavision, some work as a camera assistant, all while trying to pursue my own passion of cinematography through other projects. Panavision is quite far from my school, and I would make the 3hr journey 2 to 3 times a week. But it’s part of that hustle. To stay consistent, relevant, and take chances where they come. The struggle I think I and all creatives feel is the constant scrutiny. I felt it way more as an actor, scrutiny over image and looks, something one can’t exactly change. And as a cinematographer, you face that as well. I have a bit more of an ability to change my look and style to fit a particular film, but for the most part your eye and instincts show through. Everyone will have an opinion over what you do, over your art. I know I’m not alone in struggling with insecurities about my work, but it still doesn’t make it any easier.

Can you tell our readers more about what you do and what you think sets you apart from others?
I’m a cinematographer. As the cinematographer, I am tasked with designing and executing the look, feel and overall tone of the film through lighting, movement and composition. I think my favorite part about cinematography is frame composition. I enjoy working with closeness and odd angles, something the director of my thesis, Cory Williamson, and I really pushed. I’ve been told my frames are very controlled and symmetrical, even when they are oddly angled or canted. I value that comment a lot. I do take my time to work my frame and to compose it properly. The work I am most proud of is my thesis film, Silly Human. This is the work I received an ASC Student Nomination for.

Any advice for finding a mentor or networking in general?
I met one of my closest mentors through cine gear. Granted I met one individual who then connected me to him, but my advice would be to go to events. Find communities and organizations and just go make a friend. But your angle has to be that you want to meet someone, not that you want something from them. If you are genuine about the connection and friendship and desiring their input, they will absolutely do what they can to lift you up along your journey. Take chances. One of my favorite quotes by Allan Daviau ASC is “You have to take chances for chance to find you.” I’ve sent many cold call messages to individuals, applications to mentorship programs, etc. Some pay off, others don’t, but I took those chances for opportunity and chance to find me. With all of this, you have to go in with the right desire and integrity. Seek friends and individuals who can speak to you personally, no matter at what level in their journey they are at. If you go in looking for how someone can serve you, you have already taken the wrong steps. Some of the most influential individuals who have spoken to my work and journey have been form outside my intended career path, but because I sought a connection and a friendship, I was able to reap much more than if I was looking for a handout. 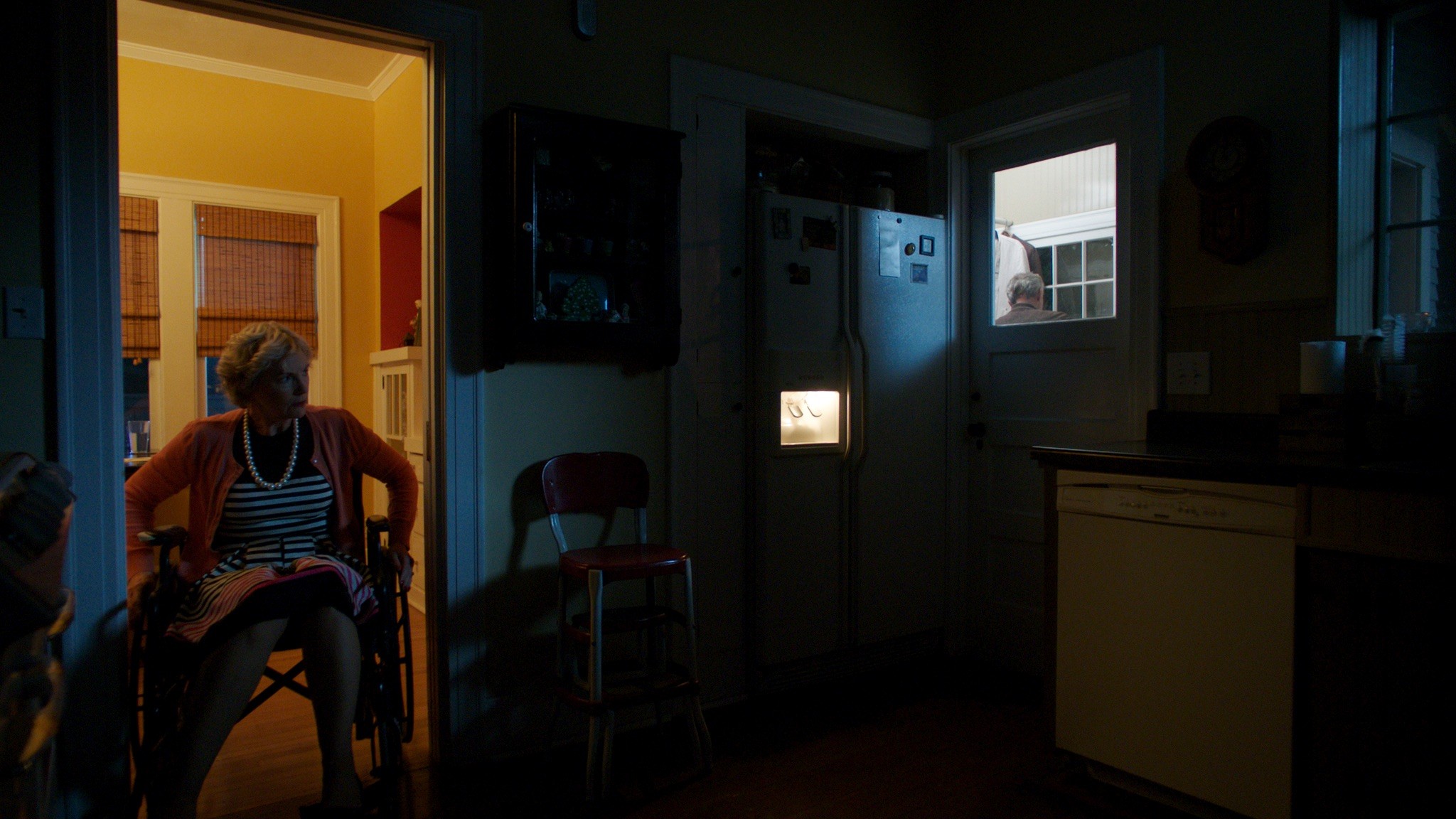 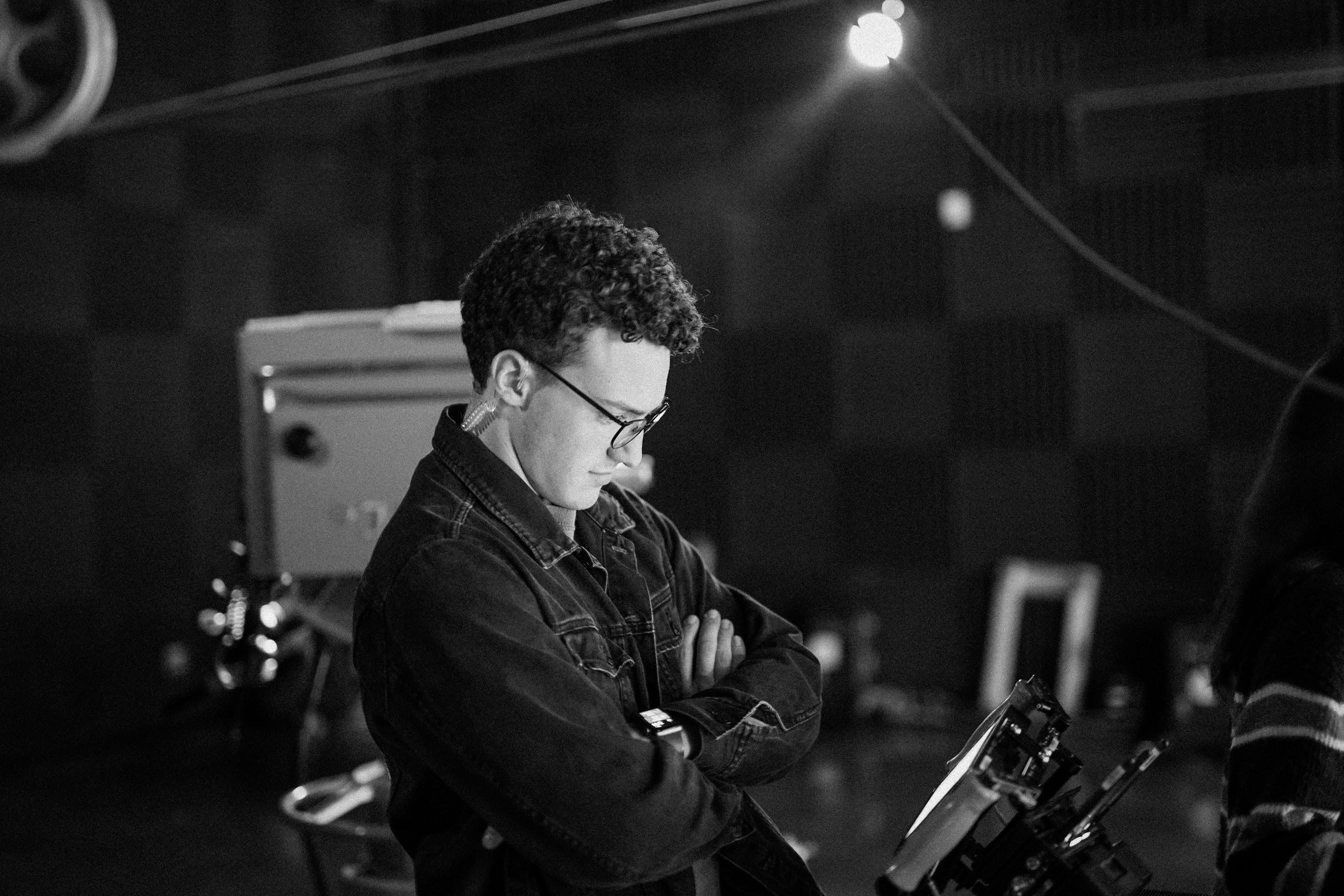 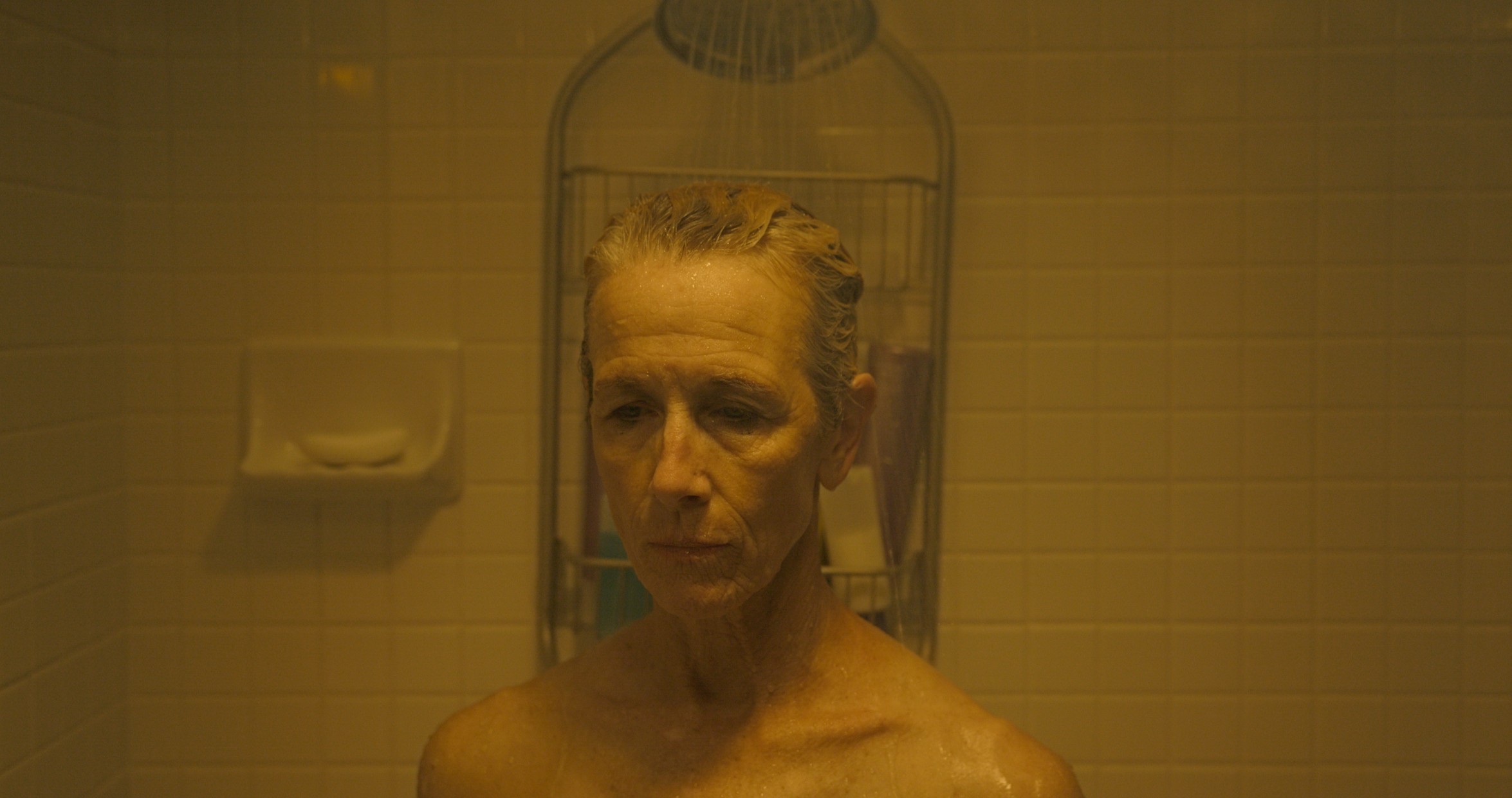 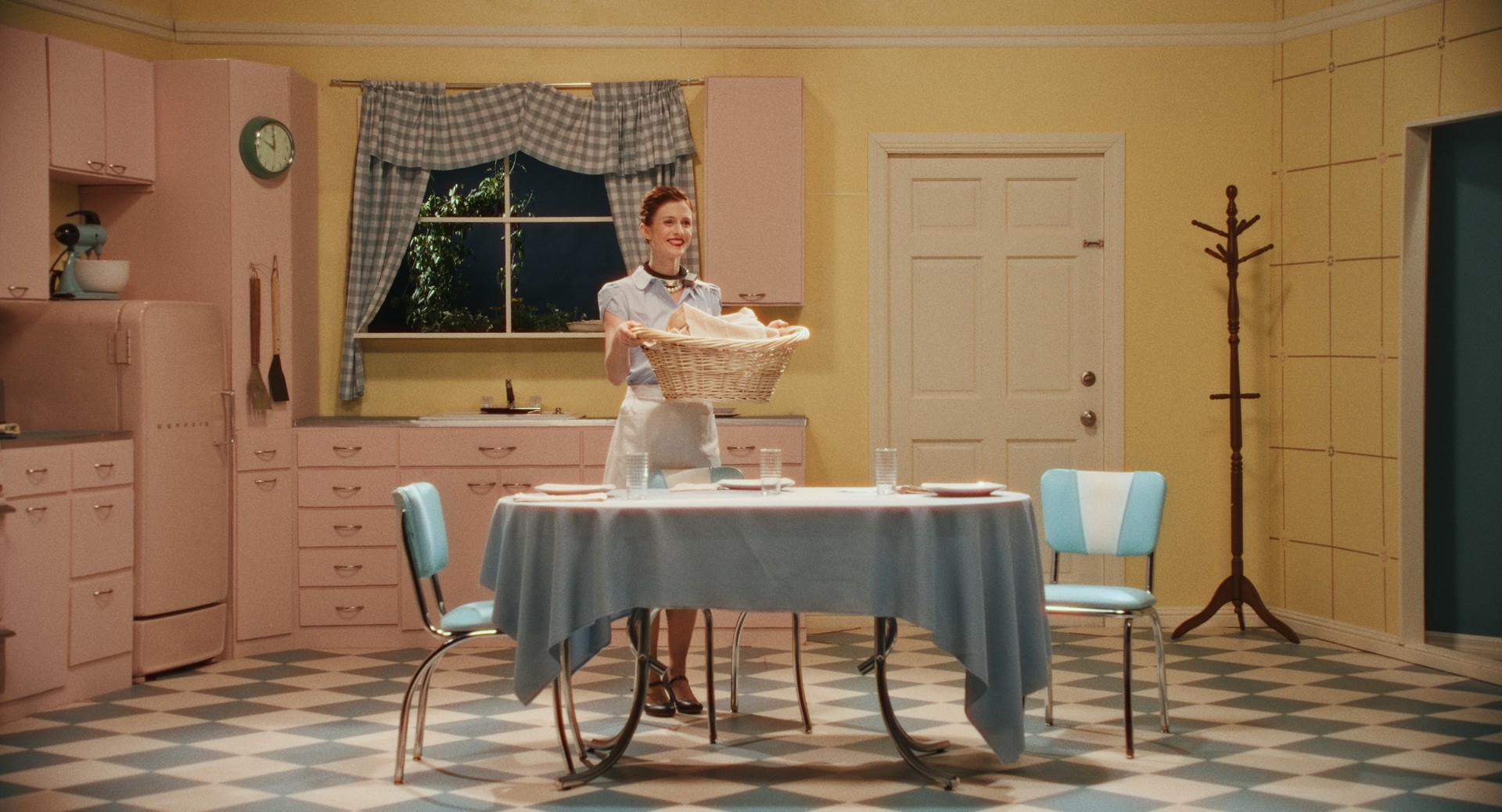 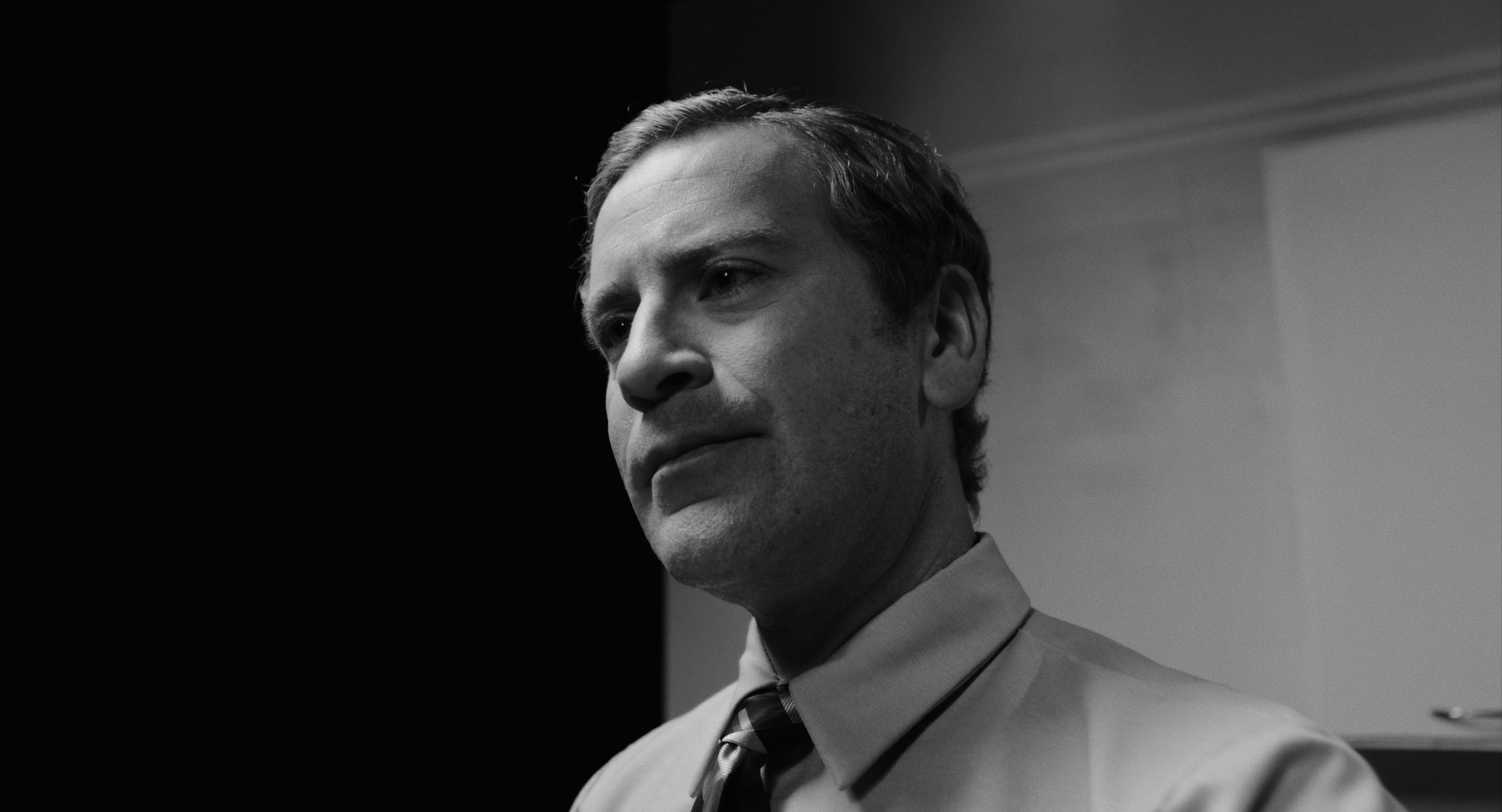 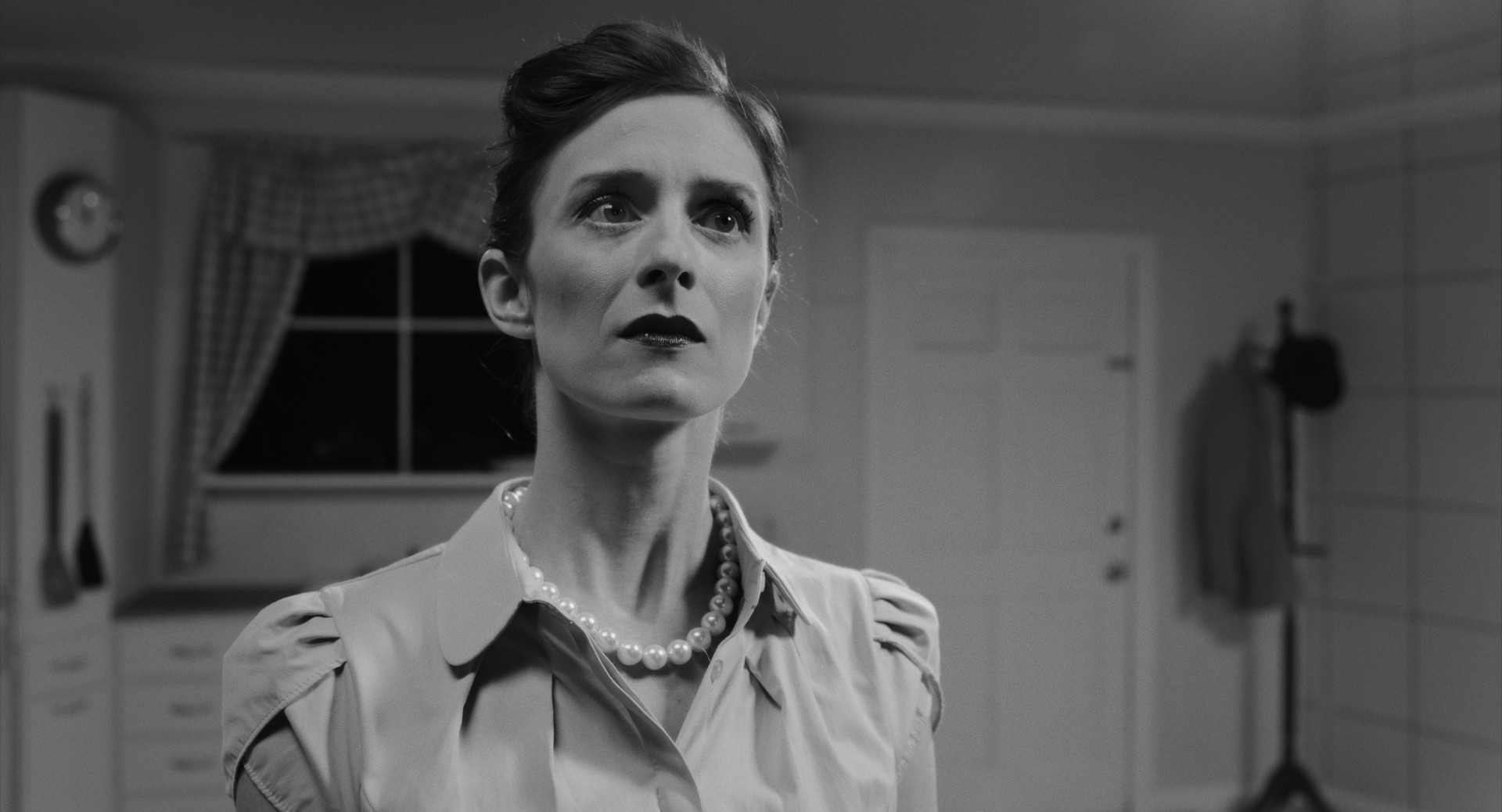 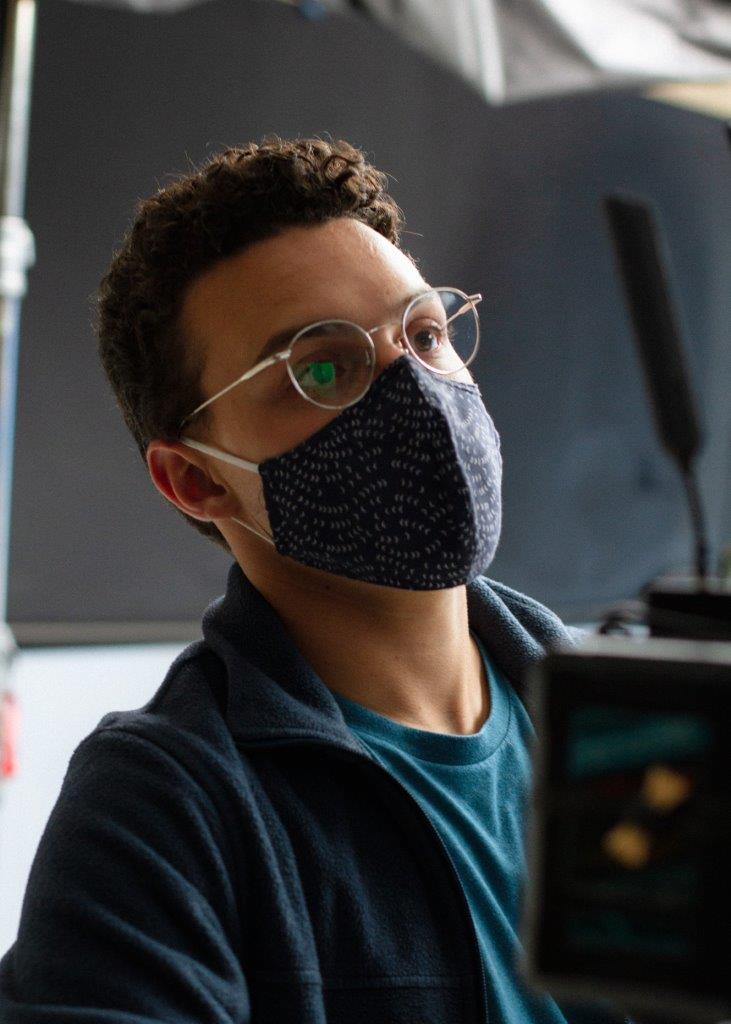 Image Credits
All the pictures of me behind the scenes are shot by David Hoffman, The one with me wearing a mask while operating was shot by Chetco Timmins. All the frames of films are shot by me.