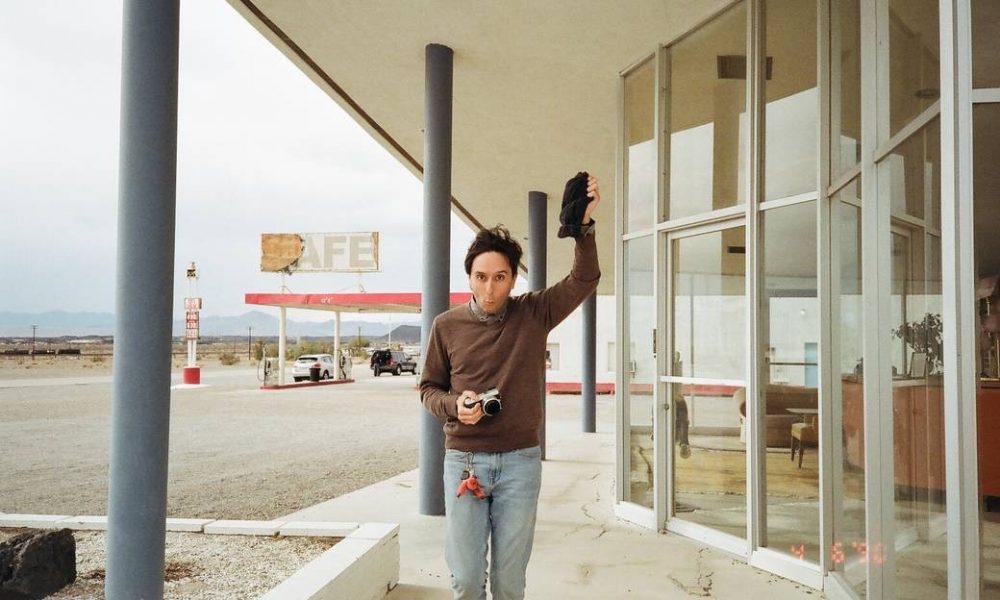 Today we’d like to introduce you to Alex Seth.

Hi Alex, please kick things off for us with an introduction to yourself and your story.
I started off in Ottawa, Canada — super cold, great poutine, and a surprising amount of interesting culture that I owe to Ottawa for my creative path. I took a lot of after school and weekend art classes and later attended an arts high school, Canterbury High — have to mention them because it’s a public school that introduced me to some amazing teachers who made those formative years really count. I moved to Toronto after high school to study Illustration and from there, my path took some sharp turns. I left Illustration and switched to a design major after taking one product design class where I was exposed to dutch design. People like Marti Guixe, Droog design and Hella Jongerius expanded my idea of design, the thinking and research was really interesting, boundaries of what you might expect design to be were challenged with playful disregard of expectations. Closer to finishing my degree, my interest in school at that time was around interfaces and how we could create meaningful interactions with machines.

After graduating, I spent a little under one year working at Bruce Mau Design, one of the leading design studios in Canada. It was surreal to work in an office that created some of the materials you would look up to as a student in school. The job was impactful and inspiring, I was lucky to work on a fun mix of high-profile projects and learn from some incredible leadership and talent above me. That job filled me with enough momentum to switch coasts where I landed in Los Angeles at a boutique design studio my brother and sister in law started, Friend of a Friend (FOAF.LA). FOAF was a hybrid studio in LA, film/production and design – primarily digital design. We worked with a lot of clients in architecture, creating unique portfolios and marketing materials. The work was digital first, very illustrative and we offered animated content as well. It was important for me to grow in a studio where I would be hands on.

After seven years working at FOAF, I wanted to develop my personal portfolio further and take a break from commercial work which led me to an MFA in Graphic Design at ArtCenter College of Design in Pasadena. This was a period of time where I could focus more specifically on my craft and have the support in place to nurture that growth. I was able to simultaneously study typography in rigorous in depth as well as experiment with new media and old media, the mix of working with metal type one day in a letterpress shop and the next day be in a processing class moving graphics with code created a lot of space creatively to think about my career/craft. My thesis was a study in the intersection of analog and digital media, where I tried to imagine how a book could extend itself into a digital space but also be influenced by its virtual presence in its form as well. One of my favorite experiments in this project was playing with a camera-based translation algorithm and using it to translate abstract visuals from the project, revealing a series of random word poetry, almost as if the machine was a DADA artist interpreting graphics.

My thesis was a springboard into a really interesting project I worked on with Brad Bartlett, one of my teachers from ArtCenter who reached out to me after graduating to collaborate with him on a book for the college. Similar to the themes I explored within my own thesis, we applied this approach to a real-world project. Working with an algorithm we developed and designed together, we were able to generate a graphic language that could have limitless iterations. Each cover of the book would have a unique design, the book was then structured as a system of iterations within the algorithm or set of instructions. It was an inspired and rewarding challenge. We went on to win numerous awards: selected by AIGA and Design Observer as one of the 50 best in book and cover design, Communication Arts winner in the 60th Communication Arts Design Annual Competition, and then 2020 Communication Design winner from the Type Director’s Club, New York (TCD66 Competition), the TDC66 will be featured in The World’s Best Typography®, the Annual of the Type Directors Club, Typography 41, and showcased in eight exhibitions that are touring cities in the United States, Canada, France, Germany, Japan, New Zealand, the Philippines, Poland, South Korea, Spain and Taiwan.

As of today, I currently work at ArtCenter College of Design as a transmedia graphic designer in the Marketing and Communications office. There’s a lot of interesting new developments happening in education and embedded within that some design challenges that are unique and I’m excited to develop and explore further within this institution.

Appreciate you sharing that. What else should we know about what you do?
I like to think of my graphic design work as vivid and heady. I prefer complexity over simplicity, layered work that transports the viewer into a different place or time.

One of my favorite pieces is 6-foot-tall, vertically stacked book titled 4.6 Billion Years. It’s a book that acts as a sculptural infographic of the Earth’s entire timeline. The piece is made up of 9,600 individual pages. Each side of one page features a grid of 240,000 squares, with each square representing one year and pages color-coded to represent different eras. The tower flows from brown (the Earth forming) at the bottom to blue (water) in the middle to a very thin slice yellow (humans) at the top. I think seeing human existence within the full scale of the Earth’s history is a really meditative thing to take in. You can feel how fragile our existence is relative to the mass of Earth’s history. Being able to visually translate this scale in a physical form that’s relatable in scale is fun way to use graphic design.

I like to learn new things and research subjects, graphic design for me is a great way to synthesize everything into form and visual language. There’s a wealth of data floating out there everywhere and it’s a gold rush of opportunity for developing art. With my Other Futures poster, the main idea is to communicate a series of science fiction films for a student run film club. I rented each film and pulled sequential frames from each film. Having thousands of images to look at I spent some time identifying visual patterns. The most obvious form that stood out in all of the films was a circle. Almost as if I was the algorithm, I set a rule to filter the images down and ended up with several hundred images at the end. Composing this image all about creating a visual language that could feel as if we were decoding corrupted data, an intermittent signal that was captured and presented in a flat two dimensional plane.

Last year I worked with Los Angeles-based electronic composer/producer Will Thomas and his band Dive Index for their fifth album release, Waving at Airplanes. My partner Ziyi Xu and I worked with Will on three lyric videos for three tracks. When we first communicated, I had no idea what a lyric video was, and after a quick search, we thought, “oh wow… this is pretty new territory for us” It felt pretty under-explored from what we initially saw, as we dug deeper there is an interesting space there where typography and music can connect to make some interesting work. Our approach working with Will kicked off with a beautiful track, “Window to Window” featuring singer/artist Natalie Walker. We were listening to the song and immediately thought about photographs by Saul Leiter. Luckily it was also raining a lot in LA at that time so we were able to shoot some footage of our drive through LA in the rain at night. We used this as abstract as possible to let the typography shine in the foreground. We built the animated type and projected the lyrics onto surfaces, changing dimension, adding water, allowing the light pass through several materials and then we film that back. This way, we are able to bring typography into a real space, give it dimension and feeling, sort of an analog way of working and then digitizing it back.

Over the course of three videos, we tried to push ourselves in each video, by the third video we had hacked an old cathode ray tube compact television screen. We were able to upload video files into a raspberry-pi computer and display those on this very old television screen. The song struck a nostalgic tone with us and we felt like running the lyrics through a nostalgic medium to really push that feeling.

Moving forward, I am currently interested in exploring interfaces, I’m interested in how things like a calendar or a clock influence our perception of time and what alternative methods of framing our place in space and time can we explore graphically or through interfaces?

Do you any memories from childhood that you can share with us?
Oh boy, best childhood memory was seeing Jurassic Park in a drive in theatre with my older brother, he had this cool jeep and the theatre was far. I think the movie after was Double Dragon but I was so overwhelmed and inspired by Jurassic Park I might have passed out for the second movie. I think that might be why I ended up here in LA, I love watching movies. 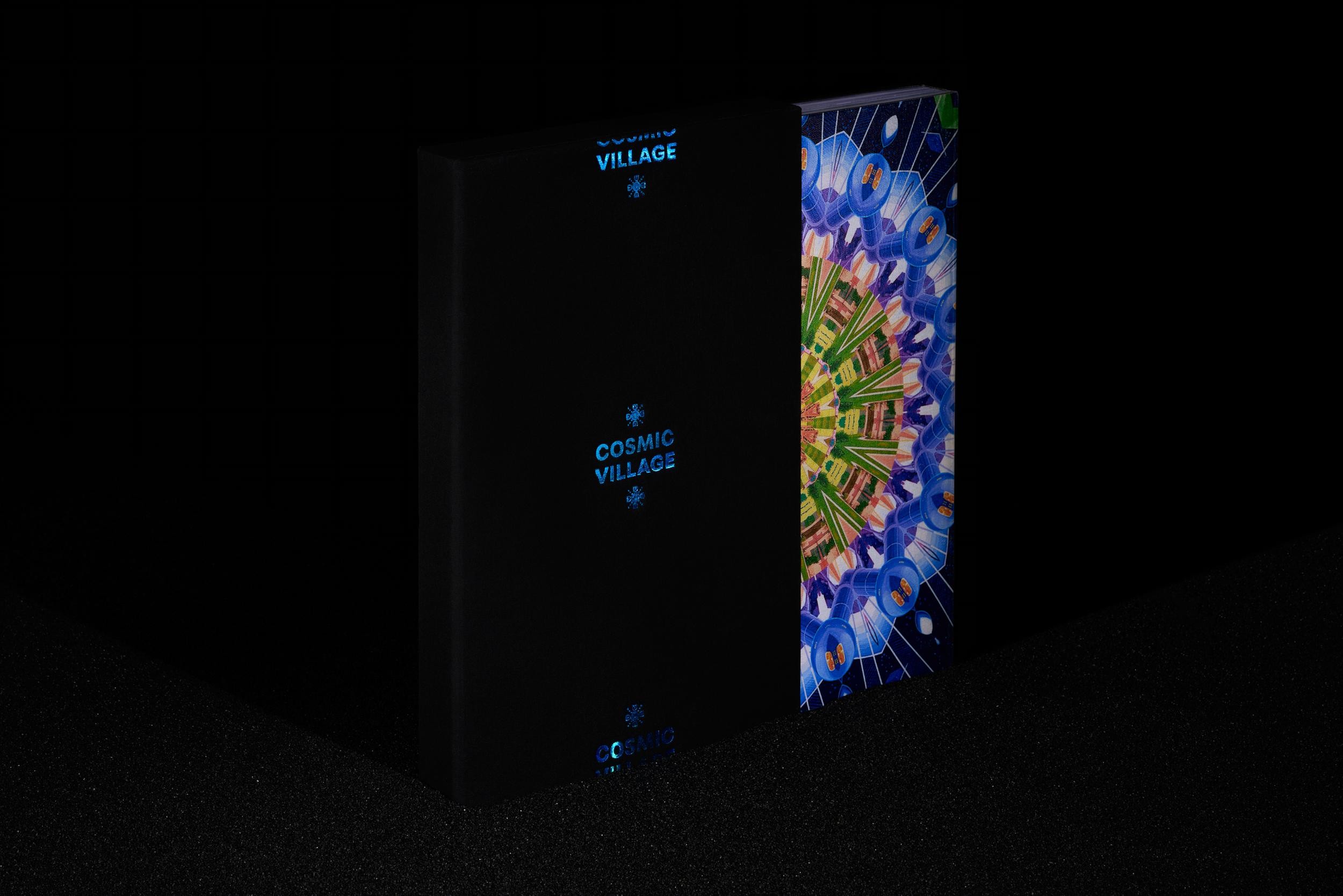 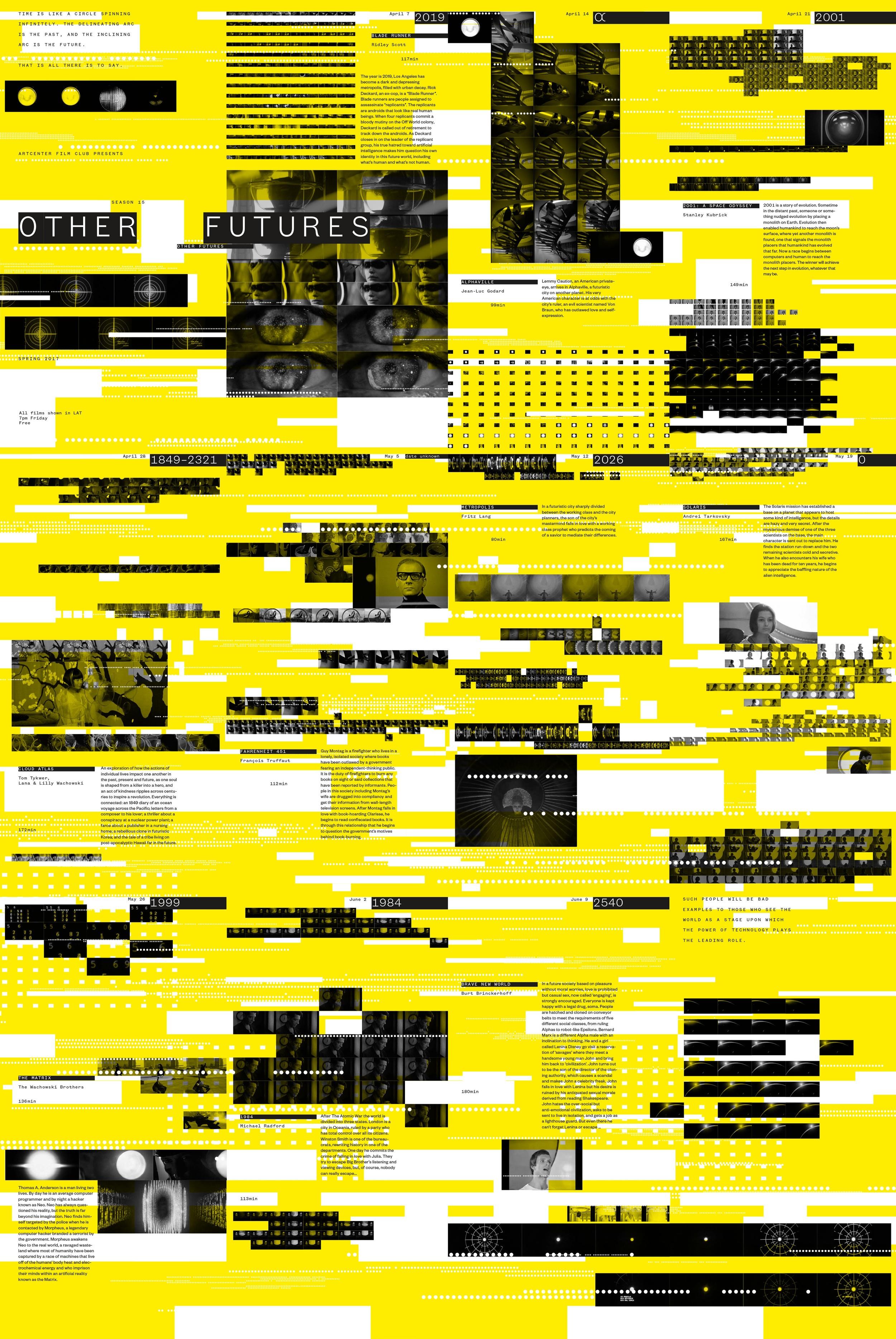 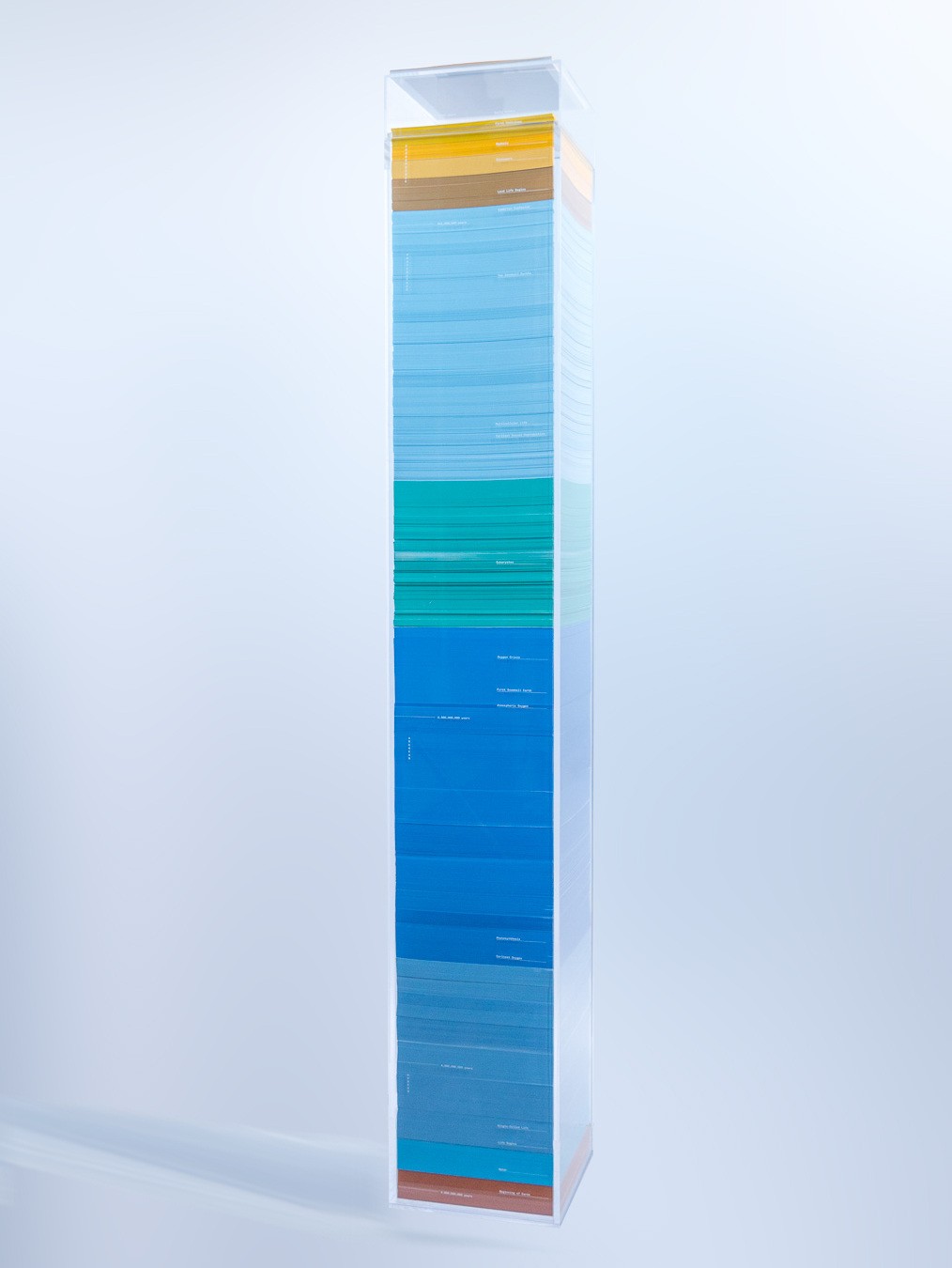 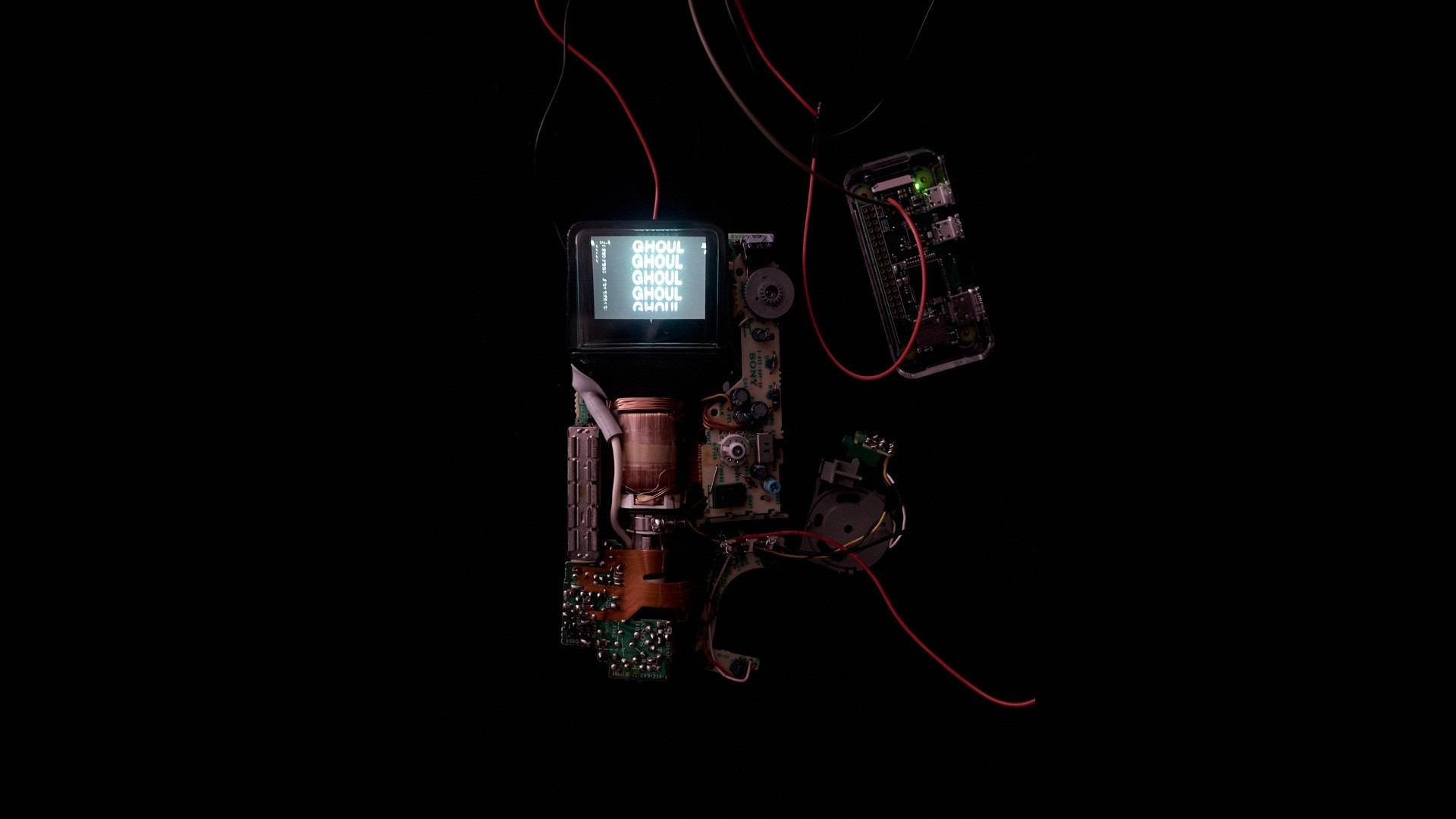 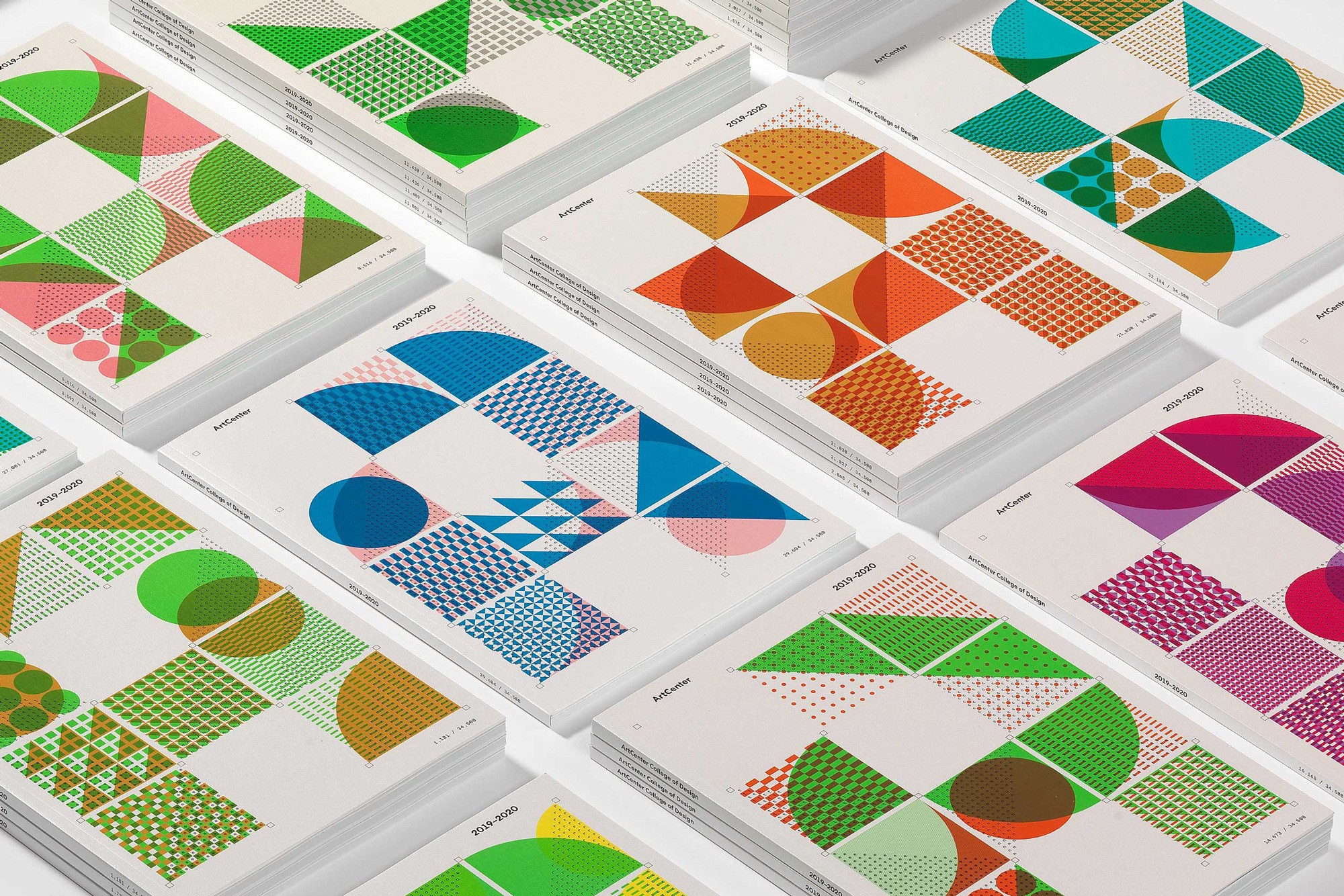 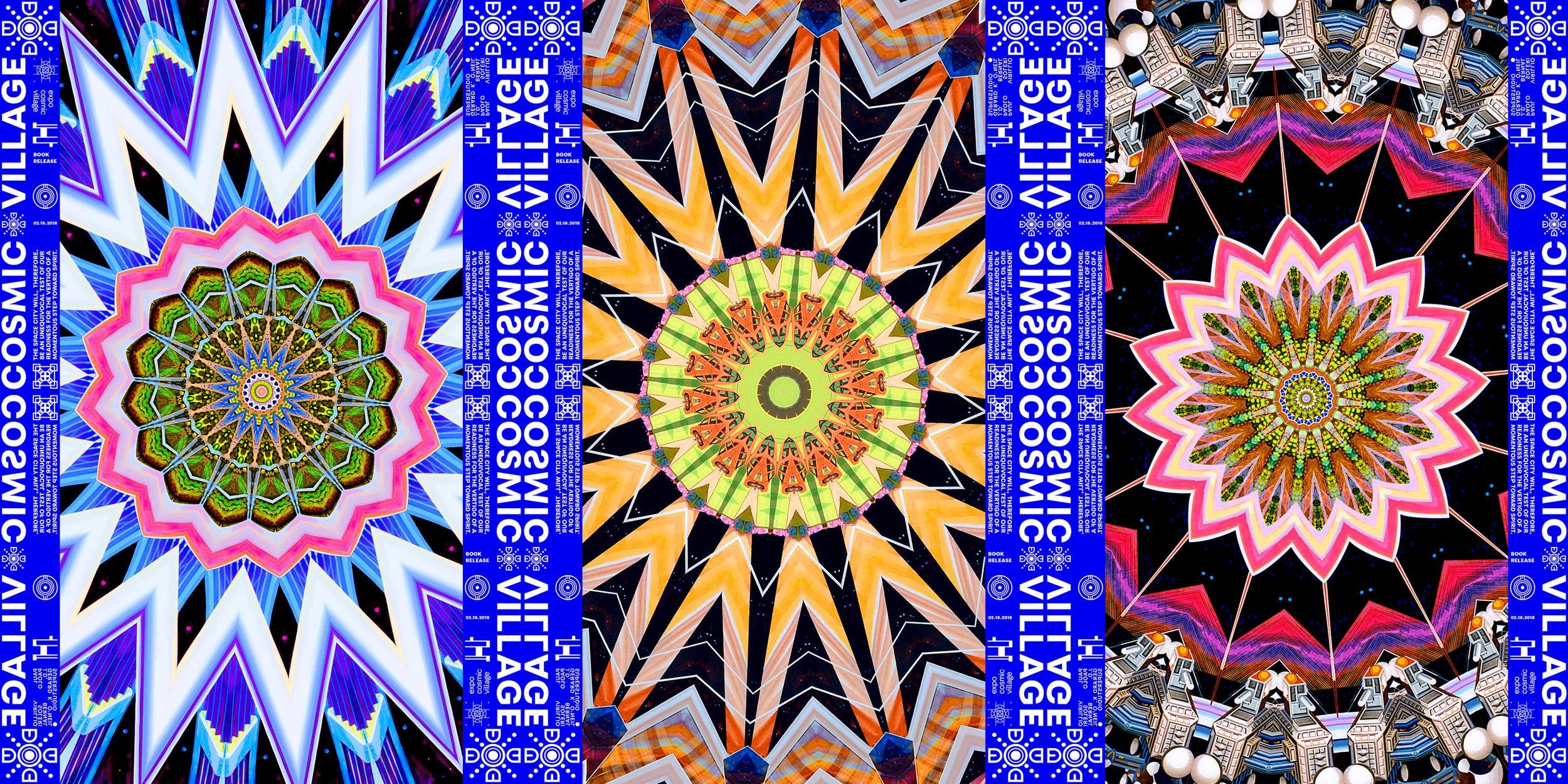