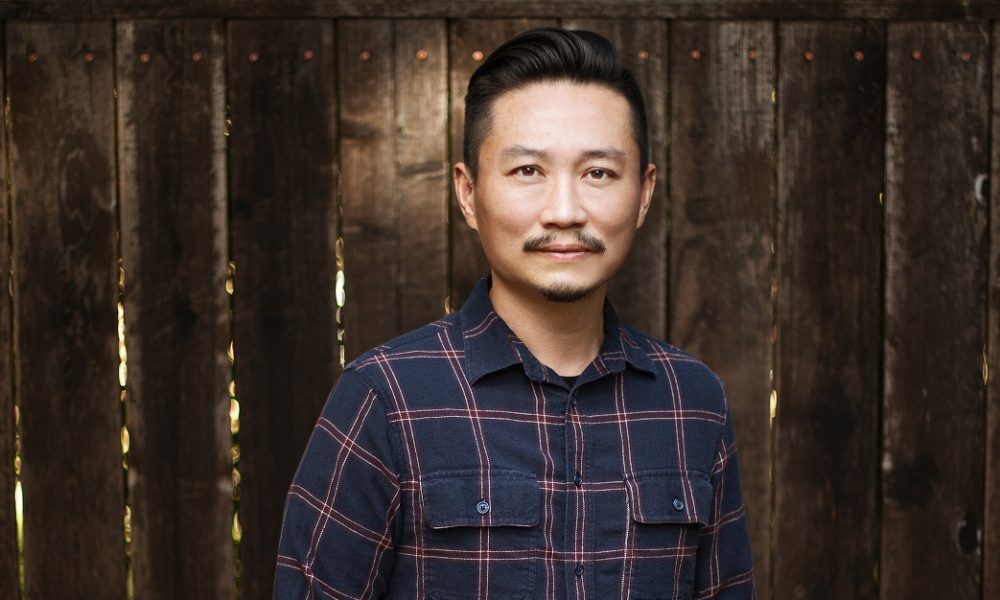 Today we’d like to introduce you to Alex Lu.

Hi Alex, so excited to have you with us today. What can you tell us about your story?
I am a film and TV composer based in Pasadena. I’ve been a musician since an early age and can’t remember wanting to be anything else. My first job as a teenager was giving piano lessons to kids around the neighborhood. Since then, every job I’ve ever had was music-related. As a kid, I use to think being a Nordstrom pianist (remember those?) was the coolest thing. So when I turned 18, which is what the hiring manager said I’d need to be to apply, I submitted an audition tape and was hired, being the youngest pianist in Nordstrom history. So if you ever shopped at Nordstrom throughout So Cal in the late 90’s, I might have accompanied your shopping experience with a jazzy rendition of Radiohead. Nowadays, I write music for film and TV. For nearly a decade, I had a parallel career as a college music professor. I started out as an aspiring classical pianist, but after taking an intro to music composition course in college, I enrolled the next semester as a double major in piano performance and composition. My plan had been to pursue a PhD in music composition and go into academia, but I inadvertently got my start in film scoring when I was a grad student at the San Francisco Conservatory of Music. My professor had a film composer friend who was looking for some assistance and recommended me. I knew nothing about working in film, but I had the musical training, so he hired me anyway and I basically learned on the job.

I started helping out with orchestrations at first and because I was also trained as a pianist, he would hire me as a session player. My very first recording session was at Skywalker Ranch, which was a magical experience. I could get used to this, I thought! After I graduated, I became his full-time assistant and that changed the trajectory of my path. A few years later, I moved back to LA and landed a job as an assistant to another composer, as well as a part-time university teaching position. I soon ventured out on my own as a freelance composer. Since then, I’ve had the opportunity to work with filmmakers and musicians that have shaped my career. I scored a film called In Pursuit of Silence by filmmaker Patrick Shen that garnered some attention with a Cinema Eye Honors nomination for Best Score, but lost to David Byrne, which I consider a win in itself! I went on to score director David Raymond’s psychological thriller Night Hunter, starring Henry Cavill and Sir Ben Kingsley. I was lead composer on Amazon Studio’s World Toughest Race, hosted by Bear Grylls. I frequently collaborate with composer Benjamin Wallfisch, who had invited me to work with him on IT, IT Chapter 2, Hellboy, National Geographic’s Hostile Planet, among others. Currently, I am scoring a feature documentary called Punch 9 about Harold Washington, the first Black mayor of Chicago. One of the things I love most about this job is being able to work with a diverse array of filmmakers and musicians.

I’m sure you wouldn’t say it’s been obstacle free, but so far would you say the journey have been a fairly smooth road?
I’d say one of the challenges is also one of the most rewarding aspects of this work: you’re essentially working for a new “boss” every few months. Aside from the musical challenges, you learn to adapt to personalities, directorial styles, tastes, and creative visions of the filmmakers. You learn to trust and listen, even if the idea seems bizarre at the moment. I sometimes have to adjust my creative process or completely throw it out and start from scratch. There are moments filled with frustration and doubt, but these growing pains are often the most rewarding and formative as you work through a process of discovery and learn a new thing or two. Each collaboration tunes my sensibilities as an artist in some way, and I take that with me onto the next project.

Appreciate you sharing that. What else should we know about what you do?
My original career path was in classical music so I spent most of my earlier years primarily as a performer. I spent my 20’s in the Bay Area as a freelance musician, playing piano in recording sessions, orchestra pits, church services, jazz combos, concert halls, etc. I spent a few years as the Assistant Director and Principal Pianist of the Golden Gate Men’s Chorus under the baton of maestro Joseph Jennings, who was also the longtime Music Director of Chanticleer. I learned a wealth about choral music, which remains a passion of mine. When I moved back to Los Angeles, my focus shifted towards film music. Over the past decade, I’ve worked on projects for Universal, Amazon Studios, National Geographic, Warner Bros., Hasbro, NBC, Lionsgate, Saban Films, as well as numerous independent films and documentaries that have screened at SXSW, LA Film Festival, LA Asian Pacific Film Festival, CAAMFest, Slamdance, among others. I gravitate towards writing for the orchestra as I find it to be an endless well of inspiration and possibilities. I’m also obsessed with music technology and often implore sound design in my sonic palette. One of the highlights of being a film composer is never knowing where a story, character, or subject will lead you musically. Most of all, I love working with other creative people and am fueled by the collaborative process of filmmaking.

Is there anyone you’d like to thank or give credit to?
There have been numerous influential people that have shaped my path. I’m grateful to my former composition professor, David Conte, a composer extraordinaire and one of the last students of the legendary pedagogue, Nadia Boulanger. He taught me how to listen to music in a deeper way than I had known. David introduced me to Todd Boekelheide, a documentary film composer with a shiny Oscar sitting on his piano for his mix work on Amadeus. Todd ignited the spark of writing music to screen and taught me everything film (he was also assistant editor on a little film called Star Wars). Benjamin Wallfisch (Invisible Man, Bladerunner 2049) fine-tuned my understanding of the orchestra and shaped my sensibilities in music story-telling through our collaborations. Ben is one of my favorite composers so I’m delighted that he continues to invite me to work with him and recommends me for projects. And the champ of champs, my wife Rosalind, who graciously endures the ups and downs of a moody musician with unconventional work hours. 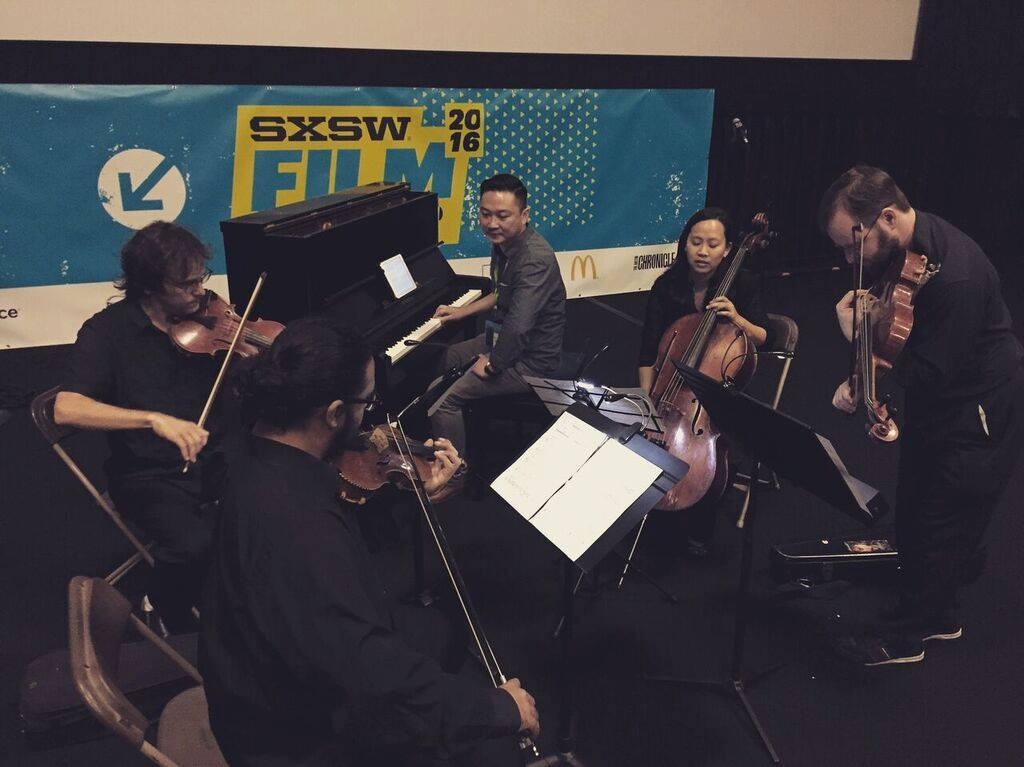 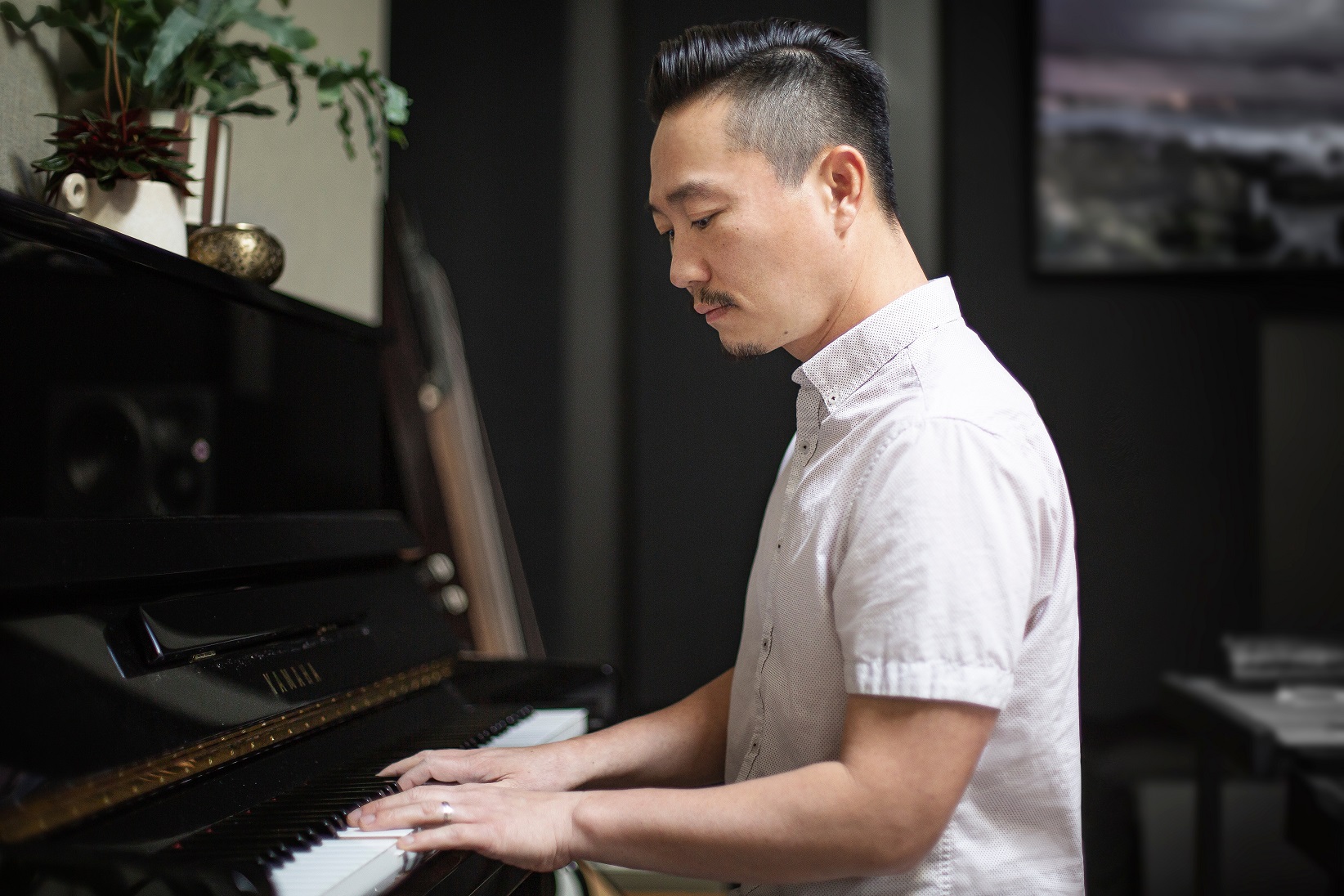 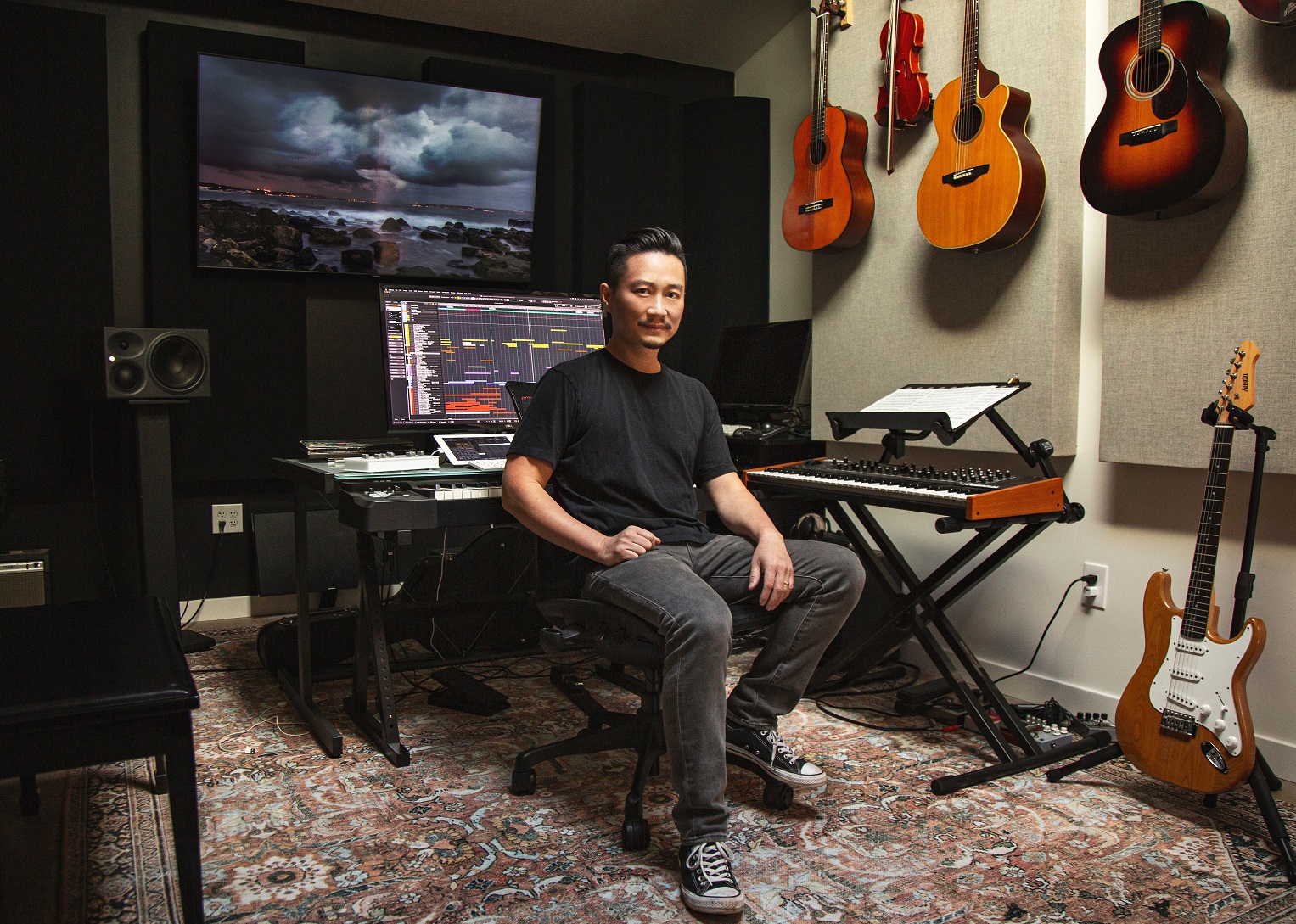 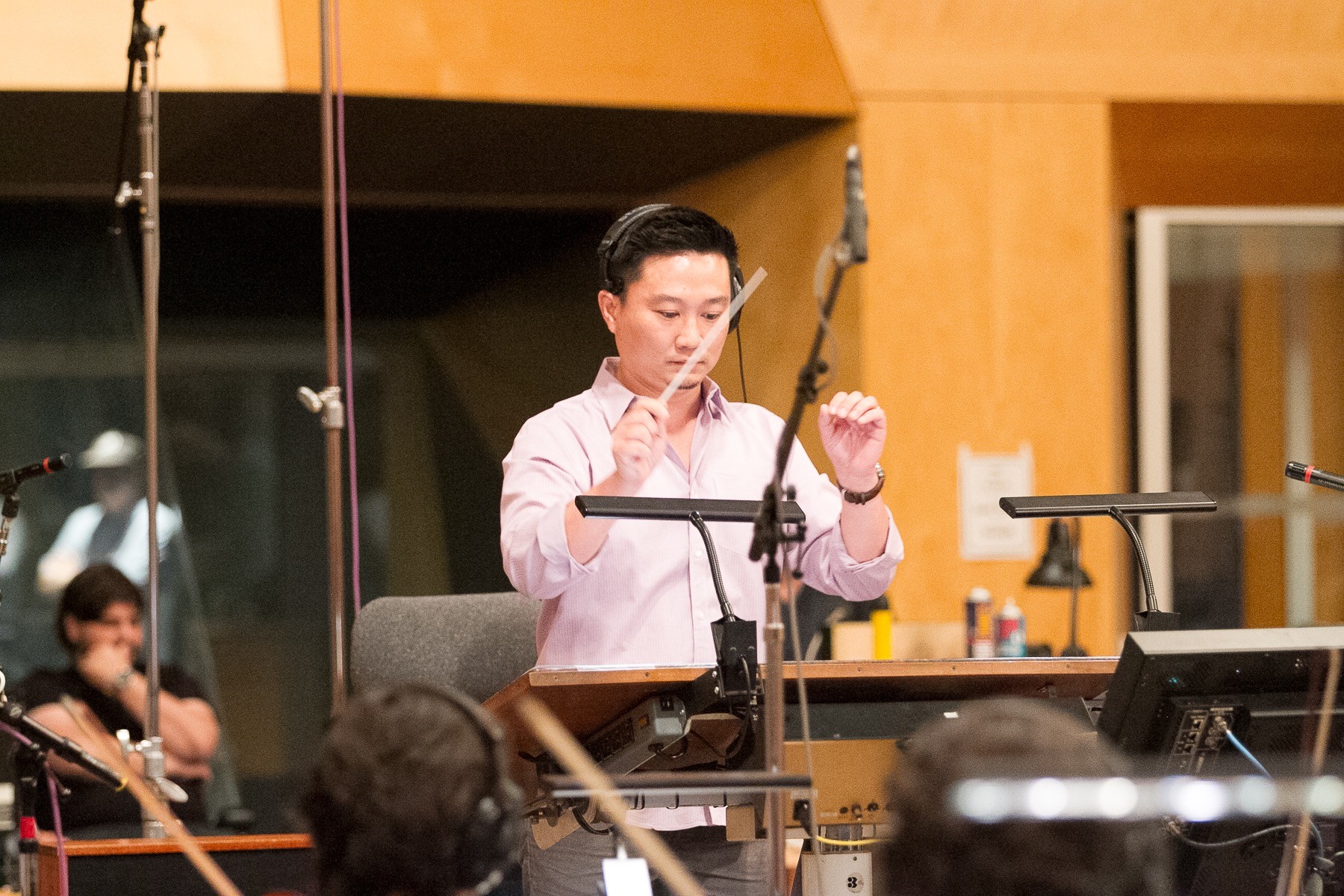 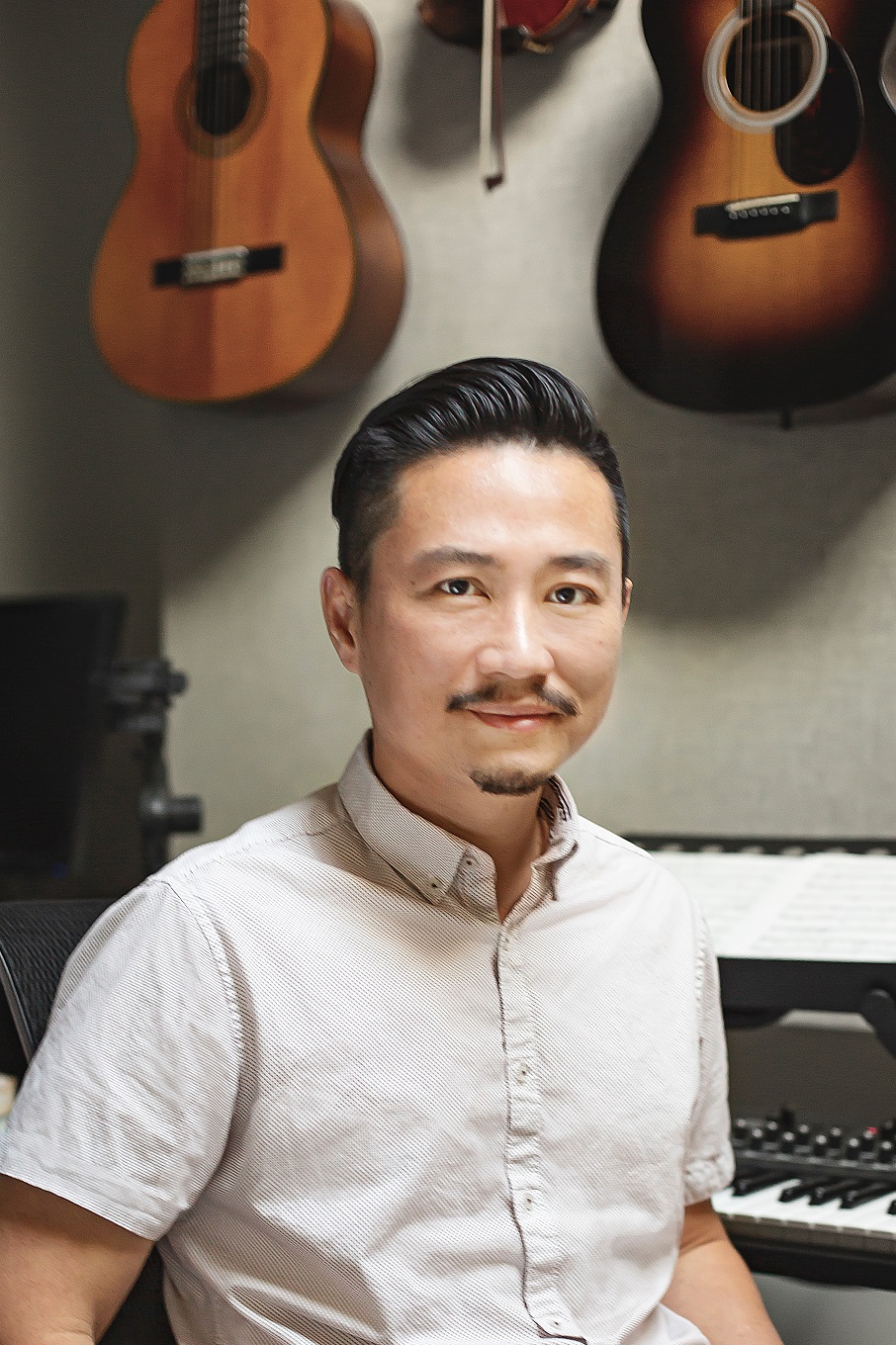