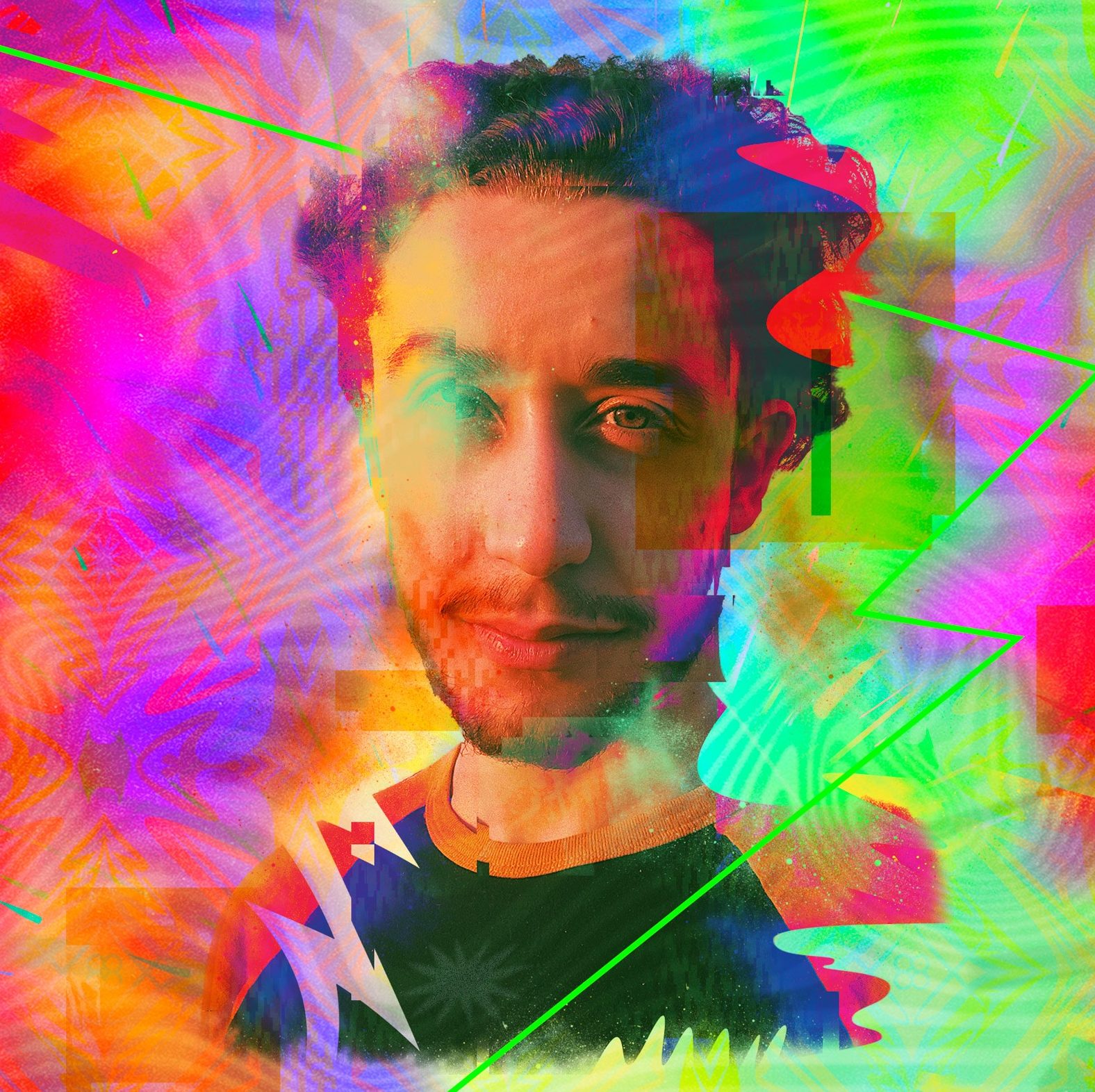 Today we’d like to introduce you to Alex Cerutti.

Hi Alex, can you start by introducing yourself? We’d love to learn more about how you got to where you are today?
I grew up in LA’s creative atmosphere, which, from a young age ignited a spark inside of me that fueled a passion for all things art, design, music, culture, and creativity. I became obsessed with LA’s street art and creative scenes and knew one day I wanted in. In the beginning, I expressed this passion with whatever was on my shirt, and around age eleven I started drawing on them, stenciling them, using heat transfers, and everything in between. Fast forward a couple of years and I discovered screen printing… I remember watching this video explaining the process with my jaw to the floor, my eyes wide open, and my whole body in awe — it was honestly love at first sight. That summer, I took the leap and decided I would teach myself how to screenprint. My dad helped me build a one-color press and through some serious trial and error, I finally printed my first shirt. Throughout the following year, I would practice out of sheer excitement and the desire to improve. I ended up joining the art program at my high school that year too, so I was constantly surrounded by some serious talent and an amazing art mentor that really pushed me to excel.

By the next summer, I got a job at a local screen printing shop working all around and learning from the experts — it was actually my first job ever but I truly loved it. After another year or so, I finally felt confident in what I was making, and around the same time, my friends had kept asking me how they could get something for themselves — soon after, Change The Game was born. From the very beginning, I made a point to conceive it as something different, it was not a clothing brand, nor was it about the money or profits, it was about creating a medium that allowed for my art to be shared with ease and accessibility. Fortunately, it saw some success fairly quickly, and within the next two years it wouldn’t be uncommon to walk the hallways and see people rocking the stuff I was making — it felt good, I couldn’t deny that. However, I knew something was about to change everything…

Towards the end of my senior year, it loomed over me that soon enough I would no longer have the close connection that made all of this so seamless.

On top of that, I was developing “senioritis,” I felt relaxed, a bit unmotivated, and severely unchallenged; worst of all it showed through the output of my work. By the end of it, I was ready to move on to the next chapter and be challenged as a student once again. The next four years I spent grinding at CalArts where I was placed in the most challenging and rigorous curriculum I had ever experienced. It sucked away all of my time and focus and because of that, Change The Game became neglected and pushed aside. I learned a lot during this time, but simultaneously I hit many walls. I had always tried my hardest, but even still I consistently felt like the work I was producing just didn’t feel right. And don’t get me wrong, I did see some success here and there within my assignments, but when it came time to approach my own work, it always felt like a hurdle that couldn’t be jumped. After a few years of this, it hit me — I made the realization that when it came to Change The Game, my mind was chained to its past. I was almost battling between what I was learning in class and what I thought I wanted for myself. I overthought everything, so instead, I shifted my focus to be accepting of anything that would propel me forward, simple as that. I came to terms that clothing and screen printing were just holding me back creatively when deep down, I knew I wanted to achieve more — it became clear to me that letting go of one of my first loves was a sacrifice I had to make. It was finally time.

My third year was almost over and I told myself I had one year left to make this all work and that was it. I began to develop a completely new personality and visual language for Change The Game, creating something that was more consistent, digestible, and most importantly, something I felt really good about. This involved a new system of color, form, composition, language, website, photography, and everything in between. I put my all into this. The next and final piece of the puzzle was to use this newfound visual language to paint a public mural in the place I grew up and give back to the original community that made me who I am today — a dream that had been weighing in the back of my mind since that initial spark. I would spend the next few months extremely determined to make this happen, breaking through every and any obstacle that came my way. I was fortunate enough to receive a partial grant from my school, have the city approve the project, and have the building owner give me his blessing to paint his wall. The project actually had to get pushed back into the summer due to COVID, but nonetheless I did it anyway.

In the end, it became one of my proudest creative accomplishments and it received more positive reactions than anything else I’ve ever made — a huge weight was lifted off my mind and I couldn’t have been happier 🙂 Moving forwards, my focus is now on presenting Change The Game as my art/design practice, but in a context that allows for more freedom in the work and the medium it’s expressed in. This doesn’t mean clothing and screen printing will never come back, because I know it will, it just means that for now, it would no longer be the forefront of what I do. As to what comes next, I will continue to explore, expand, and keep making work that pushes my own boundaries both in concept and in form. Change The Game is still a work in progress and will continue to be so because that’s how I like it — something that is ever-evolving and that isn’t afraid to change, mold, and adapt whenever it feels it needs to in order to move forward. Overall, this is only the start to a new beginning, so I have high hopes for the future and whatever may come next 🙂

Would you say it’s been a smooth road, and if not what are some of the biggest challenges you’ve faced along the way?
Over the years, the road has been a super bumpy one… actually, more like a big huge rollercoaster. I’ve always been a multifaceted individual, someone who at the core is just curious to learn and who loves to explore, so naturally, Change The Game followed suit. The problem, however, was that this often caused me to spread myself thin and veer off on tangents that may have been far off my path. But honestly, I’ve deliberately always chosen the longer, more scenic route… I knew when I was older I wanted to look back and see that at least I got to try everything, even if it was at least once — I didn’t want to leave any “what if’s” behind.

In the end, the biggest challenge over the years has been refining Change The Game into something more cohesive and understandable. In that sense, it’s been about letting go, honing it in, and making those tough but important sacrifices. I think through it all, it’s given me thanks for all the people beside me on my journey, those who were there when I veered off the path, those who pushed me farther, and those who pointed me back on when I needed it — I think they know who they are 🙂

As you know, we’re big fans of you and your work. For our readers who might not be as familiar what can you tell them about what you do?
As an individual, I consider myself a creative in the most general sense. I’m not one who cares too much about a label but I understand its importance to communicate an idea to someone else… With that said, I’ll say I identify as both an artist and a graphic designer, but very much blurring the lines in between when appropriate. Visually, my work focuses on a bold, graphic, and colorful world of shapes, lines, typography, and patterns. Conceptually, I always strive to make work that is interactive and that leaves people with a strong positive impact— and hopefully an uplifting and eye-opening experience too. As to what I’m interested in, I try not to limit myself. In the past, I was mostly focused on clothing, but I’ve worked hard to instead have a visual language that is versatile and moldable to as many mediums as possible and not tied down to just one anymore. Overall, I just love to explore and try new things and will continue to be open and push my work in areas that it’s never gone before.

Do you have recommendations for books, apps, blogs, etc?
It may not be a book, but the stories of other people’s journeys have always fascinated me. When I learn about a new artist or significant individual or even meet someone new, I’m always intrigued as to what their background is and how they rose to where they are today. I find it’s a nice reminder of how there’s no formula to success, how everyone’s path is unique and special, and that there’s always another perspective to someone or something. It’s also a reminder that everyone has hardships they have to face, even if we don’t see it on the outside. Overall, it helps me never forget that no one does it alone and that we must always be thankful for the support of those around us 🙂 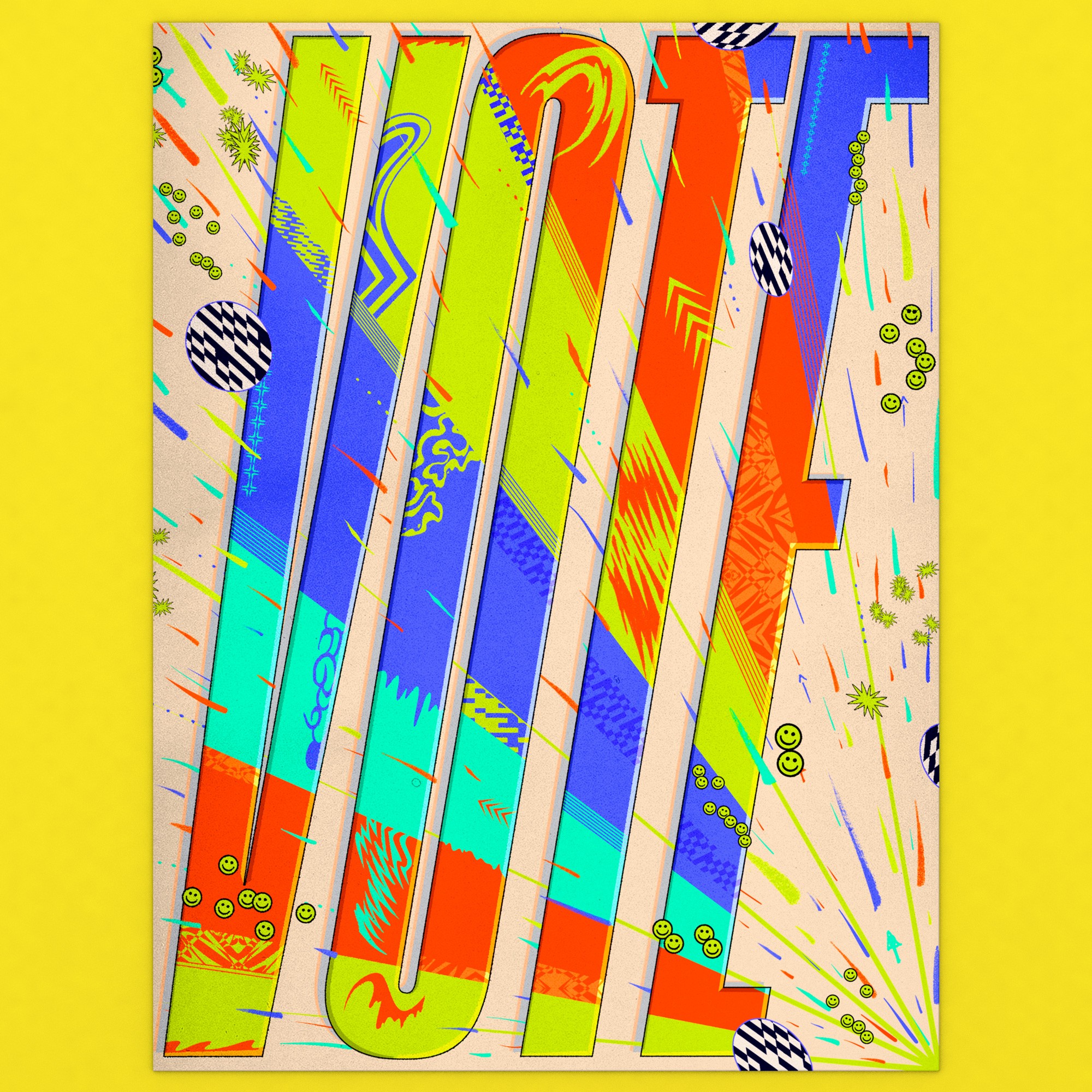 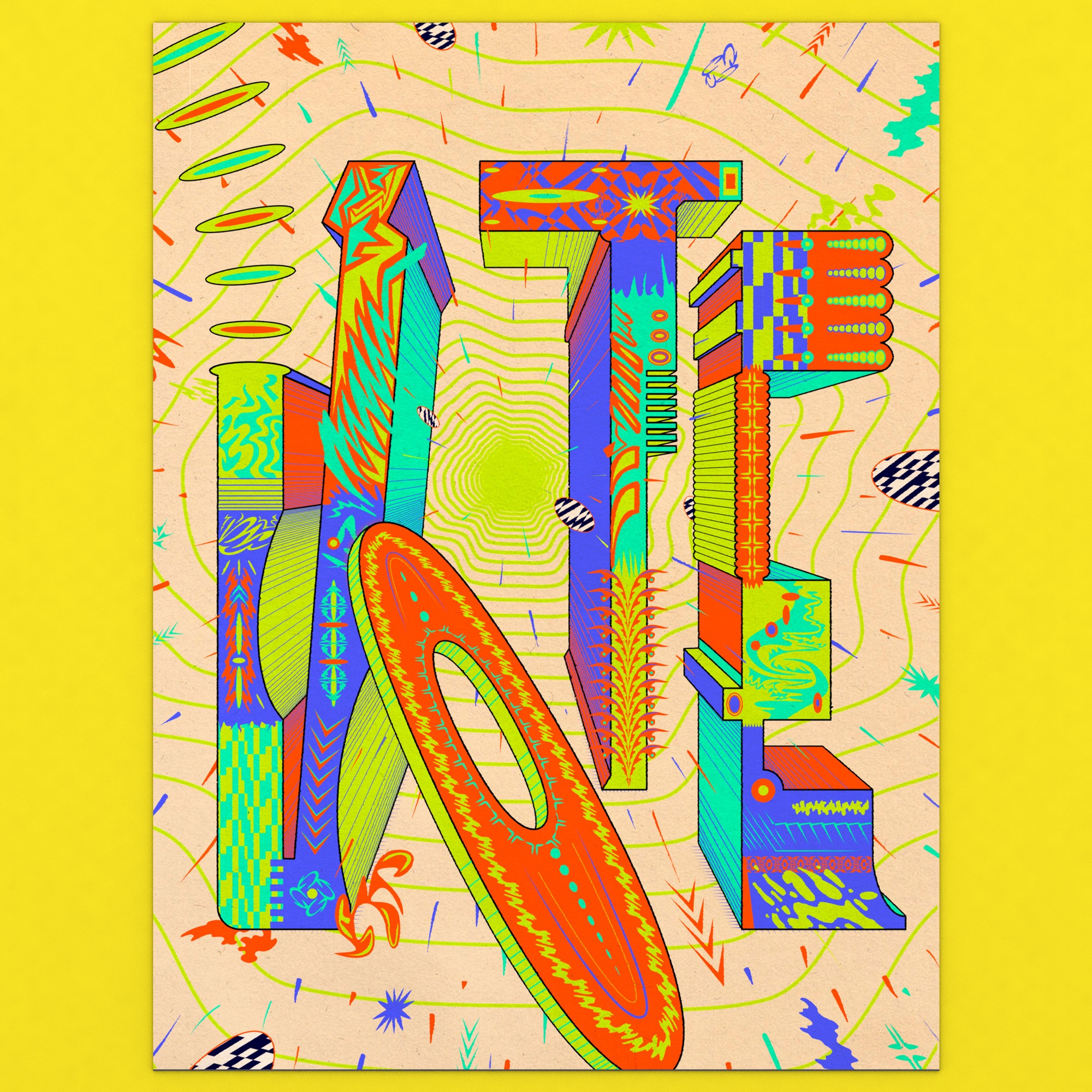 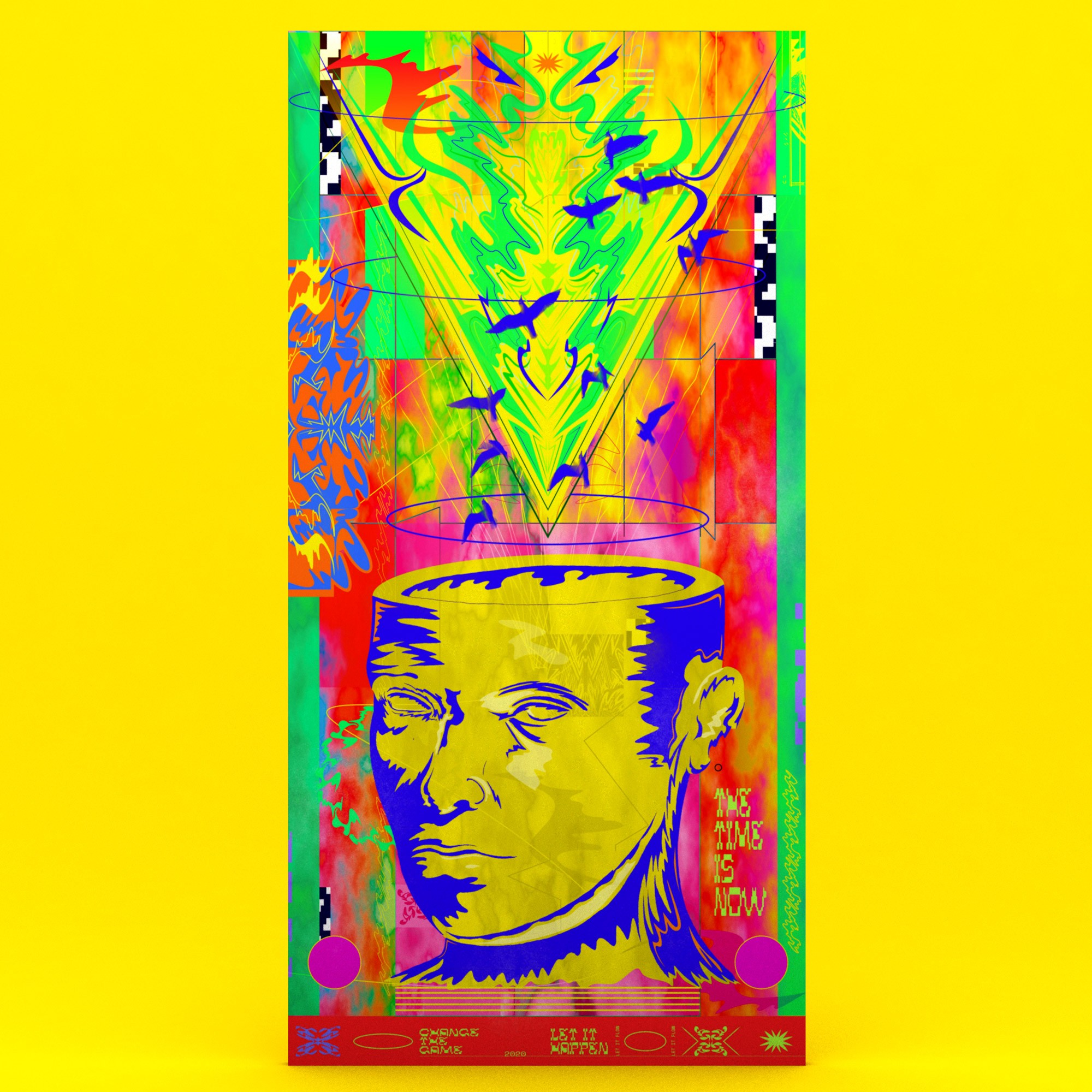 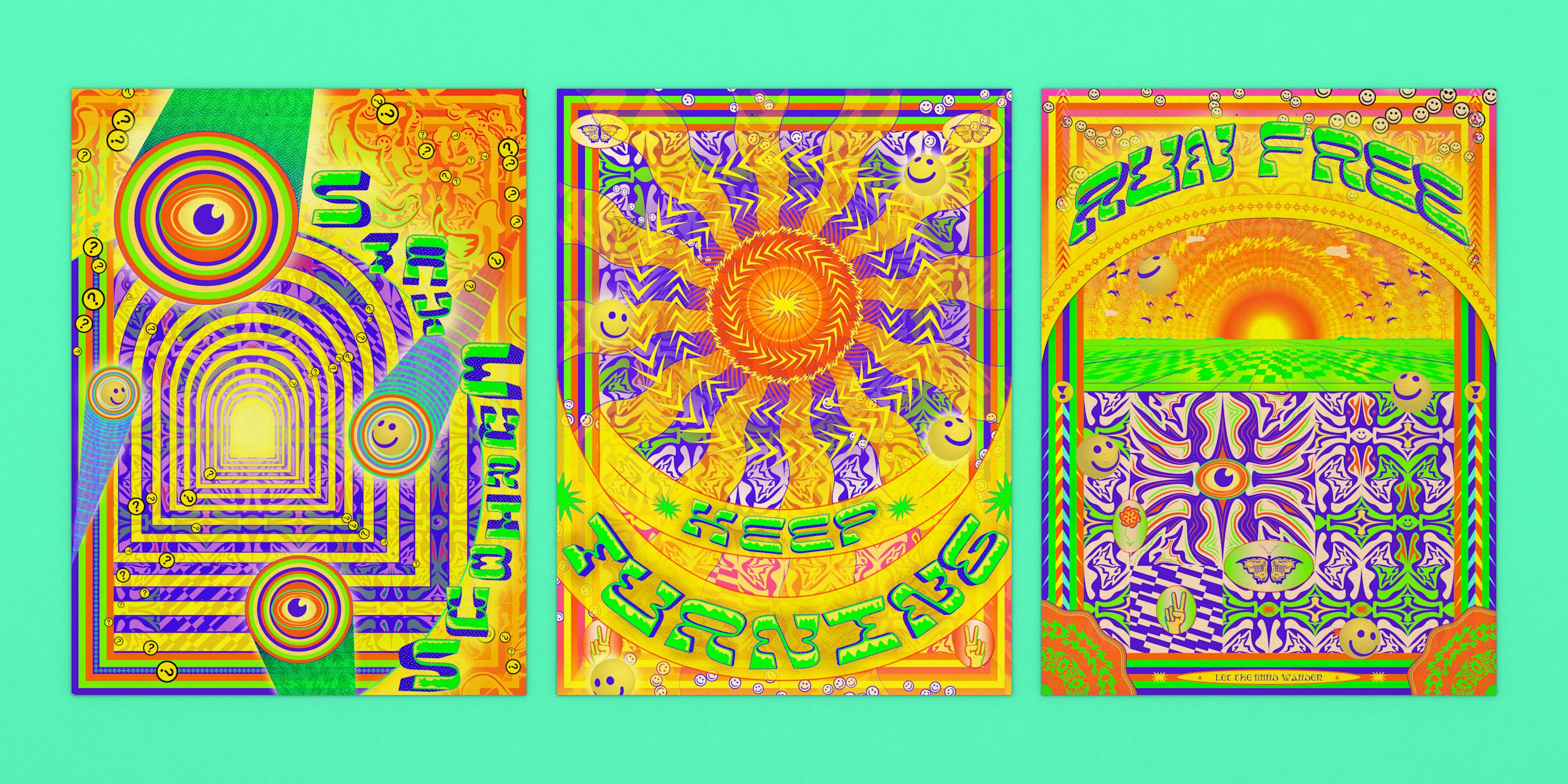 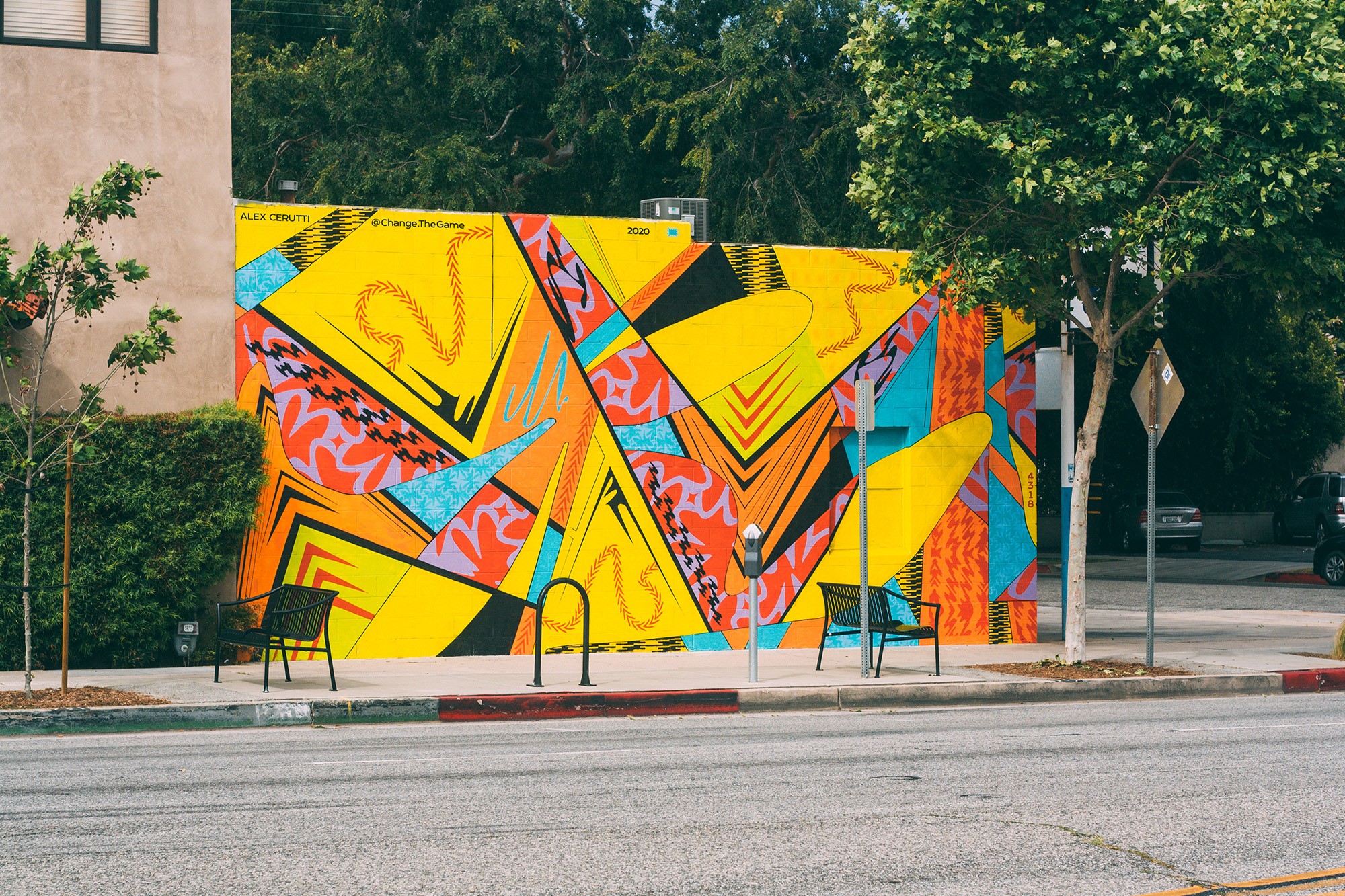 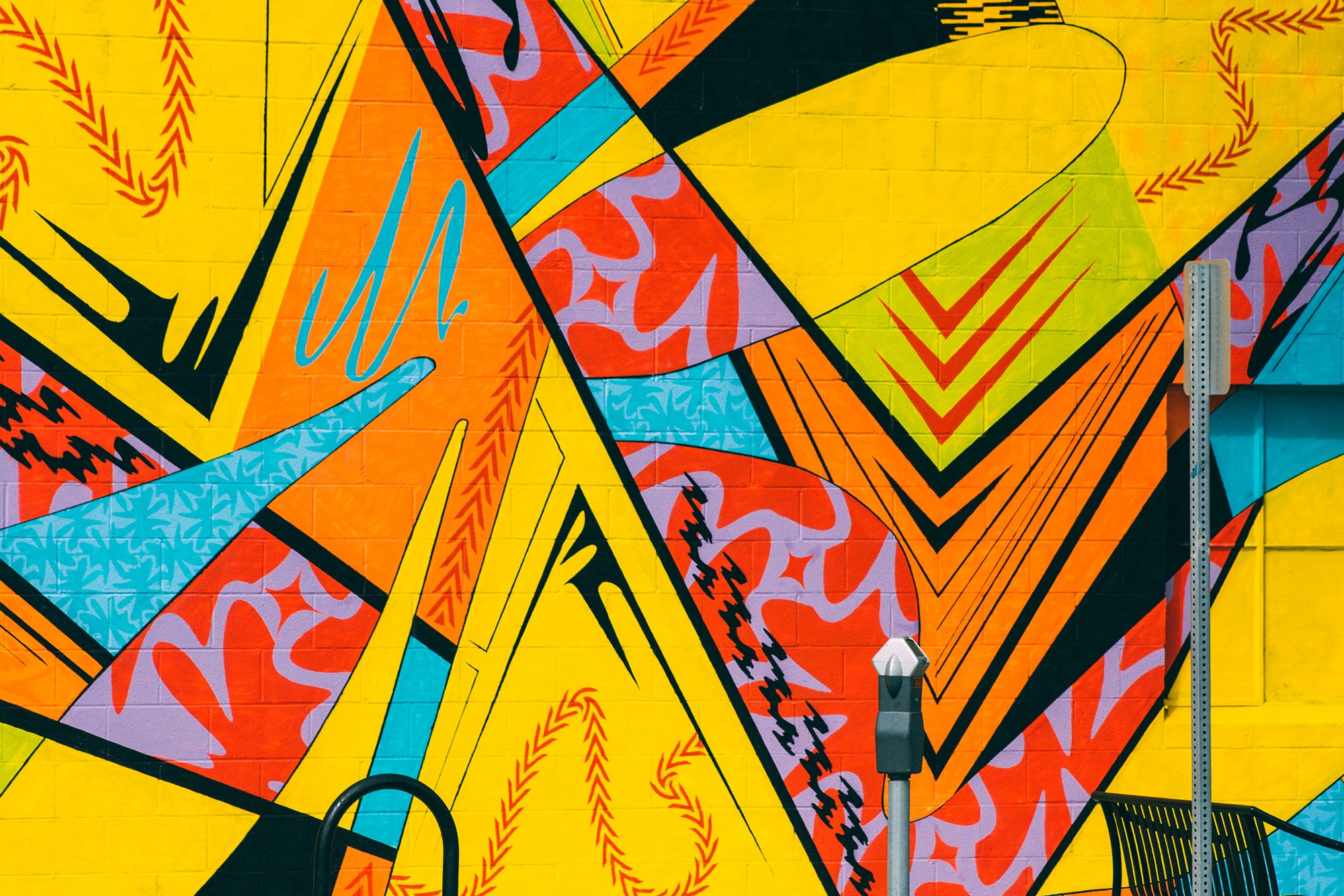 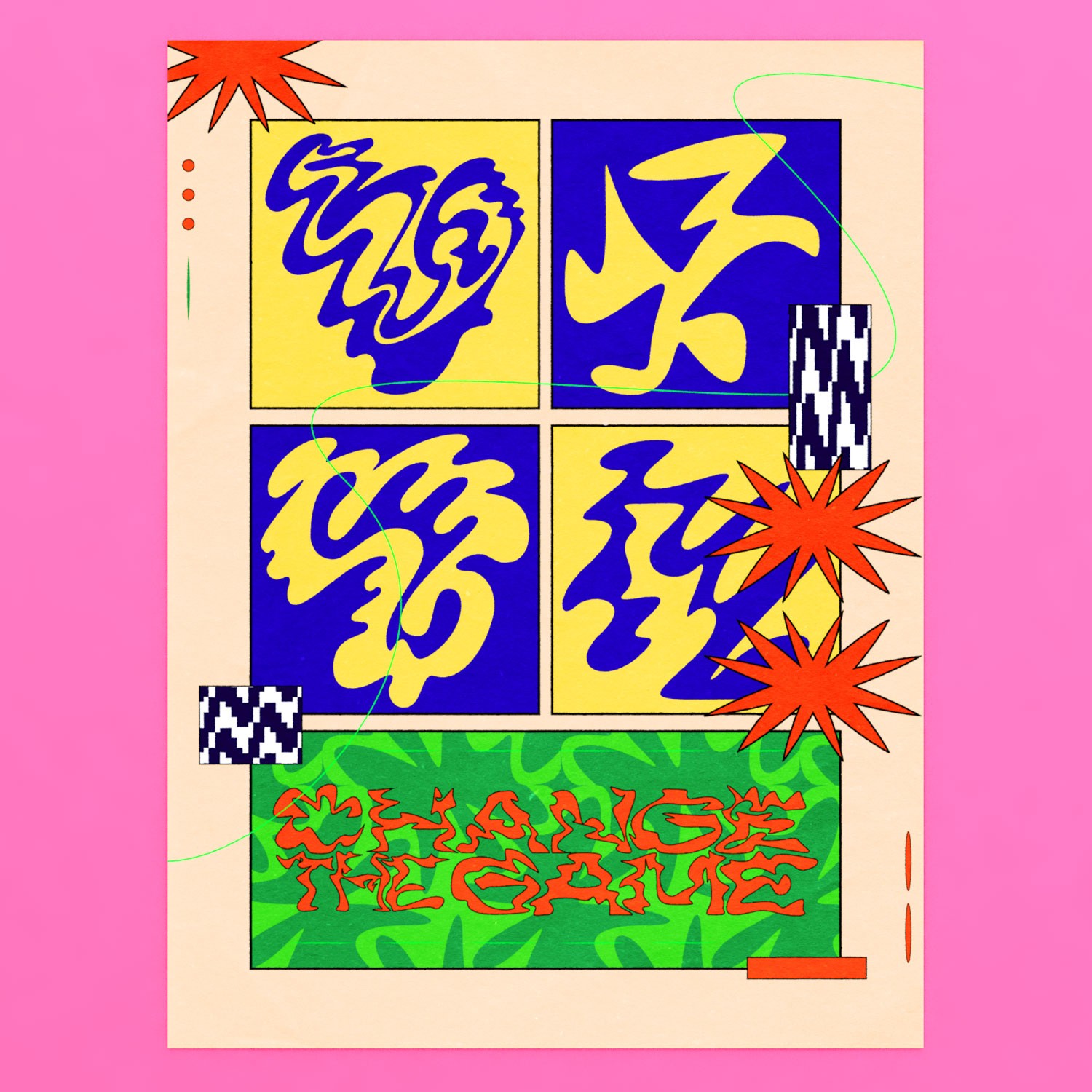 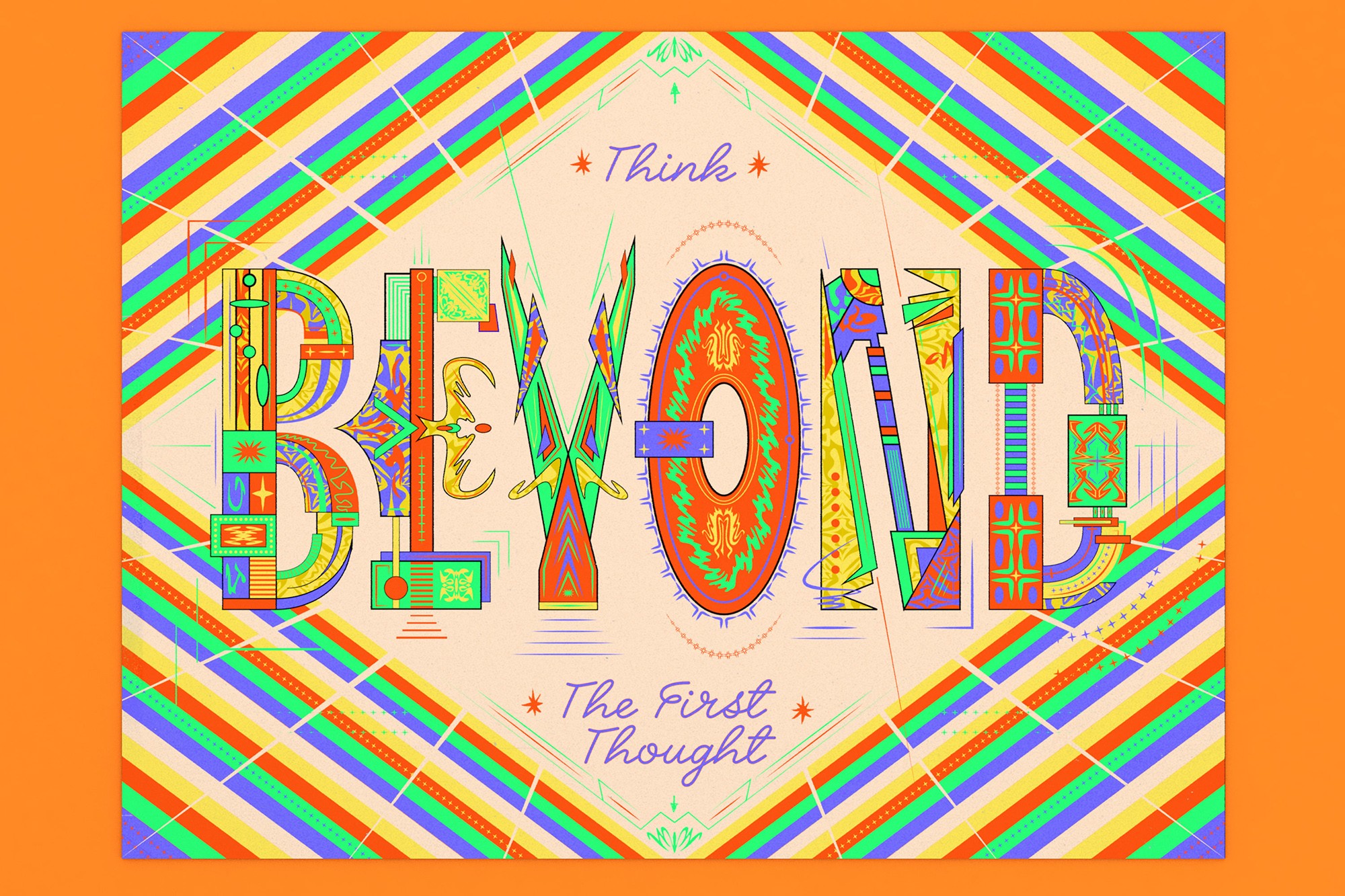