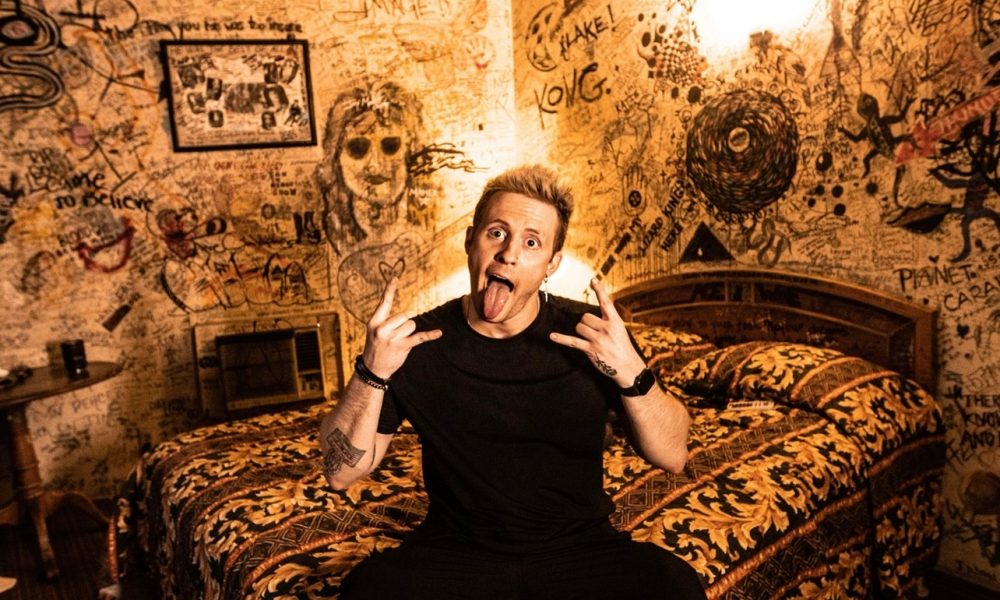 Today we’d like to introduce you to Alex Bradley.

Hi Alex, thanks for sharing your story with us. To start, maybe you can tell our readers some of your backstory.
My journey to LA started 2,300 miles away in Detroit, MI – I grew up watching music videos on MTV every morning with Carson Daly. I was always obsessed with music and movies…even though I spent much of my time at the ice rink for hockey practice every day/night. One of my older cousins was in a bunch of cool bands and I would always beg to go to all of his shows, which were all over the place. I became even more obsessed with music after saving up and buying my first guitar when I was 12…I was super ADHD (like realllly ADHD) so my parents figured I’d play for a month and then move on to something else so they didn’t want to pay for lessons. One day my mom heard me playing some self-taught tunes and I started taking lessons. Playing/recording guitar was pretty much the only creative outlet I had growing up. I was so busy with sports and just trying to sit still in school. I went to college at Michigan State University where I went through a tough pre-law program called James Madison College…I graduated but had no interest in politics or law by the time I graduated. I had been taking marketing internships every summer since I was 16, so after college I worked in marketing for Quicken Loans in Detroit.

After a couple of years at QL, I received a great job offer to relocate to San Diego and that was how I ended up in SoCal. Then life took a crazy turn. After about two years, our company in San Diego was acquired by a larger company headquartered in Boston. I received a great offer from them, so I moved. But just three weeks after I moved to Boston, I was hit in the side of my head (head to head, accidental*) by someone who was drinking too much. At the time I was fine, but ten days later I started getting headaches, feeling sick, dizzy, etc. and ended up in the emergency room a few times in the span of a week. They diagnosed me with Post Concussion Syndrome…which I now know is more common than I thought. It was the scariest time in my life…there was no timetable and were no signs or any guarantees that the pain would ever leave even with medicine. I saw 8-9 different neurologists but nothing helped. It wasn’t until spending a year in a dark room in bed… that I finally found my miracle. I read an article in Sports Illustrated about a hockey player that had the same symptoms I was experiencing. I was able to track down the doctor he worked with and get in for an appointment. I got into physical therapy with him and after many very grueling months, I was back on my feet and planning my journey back to San Diego.

Back in San Diego, my friend had just started an auto company, throtl – and asked me to jump in. My time working as CMO for throtl really opened my eyes to how videos and storytelling could actually become a career. We were making videos for YouTube every day, designing apparel/merch drops…and I definitely fell in love with creating. It was an insane ride and the company is crushing it now with over a million YouTube subscribers. In Spring 2019, Bella Thorne’s manager hired me to help her on a 3-day music video shoot with Bella and Famous Dex in Los Angeles – I ended up hitting it off with the production company she was using and moved to LA the next day after the shoot. That really spurred my career in filmmaking with access to a studio and every camera/light imaginable, and I just went as hard as I could 24/7 learning on every music video shoot or whatever we were filming. That brings us to today – where I’m now editing, shooting and directing on my own. Mostly music videos right now. I’ve started working with some of my favorite artists and musicians and it’s surreal to think that I didn’t know if I’d make it out of my bed a few years ago.

Would you say it’s been a smooth road, and if not what are some of the biggest challenges you’ve faced along the way?
This road has been anything but smooth. The ‘post concussion syndrome year’ felt like a brush with death/hell and definitely changed my perspective on how I wanted to live life. I’ve really put in work trying to learn from any struggles I’ve had along the way. Building my camera equipment/gear up from scratch was difficult and I’m still adding more stuff to my arsenal each week. Oh – also learned that like 90% of the music videos in LA never come out (slight exaggeration but it’s rough).

As you know, we’re big fans of you and your work. For our readers who might not be as familiar what can you tell them about what you do?
Right now, I’m specializing in music videos. I just love music. Could care less about the money part of filmmaking, I truly just enjoy making art with my friends and strangers as well. Everybody is creative in LA, I’d say mine is just a special strain of creativity. I’m definitely becoming known as someone who can do a lot with a little…making high production films with little to no budget. Also known for getting crazy angles. But I can also chop up footage pretty well if I do say so myself. It’s been said that I turn into an animal after the first shot on set. I always leave it all on the court. One thing I try to do is let everyone on any set feel free to give ideas during the shoot even if I’m directing…it keeps the entire set engaged and the more brains the more creativity.

I was definitely able to learn a tonnn working with production companies last year and took learning film as serious as med school…maybe even went harder. I’m proud of just going for it and trusting myself that I would improve as quickly as the effort I put in. Switching careers with the goal of becoming a film director right away in the toughest place to do it was definitely a puzzling thing to family and friends, but I just really love and need to be around music constantly. Directing videos doesn’t really cover all my bills yet (at all)…so for passive income I run ecommerce stores…I also help musicians and athletes with their YouTube videos, setup their ecomm brands for them…really anything to offset costs for camera equipment and location rentals, etc.

If we knew you growing up, how would we have described you?
I was super adhd…I would get out of my chair during class and just dip. But still got straight As. The school even asked/suggested my parents sign me up for a gymnastics class at one point to burn off extra energy (I was already playing all the sports I could). I won ‘sleeps the most in class’ award in high school by a landslide so that’s cool. I’m very ambitious but also super easygoing and get along with everyone. I was torn between music and sports growing up…I treat every music video I film like it’s a playoff hockey game. Also, I love dogs and have a two years old golden retriever, Landon, @lyfeoflandon is his IG/TikTok 😉 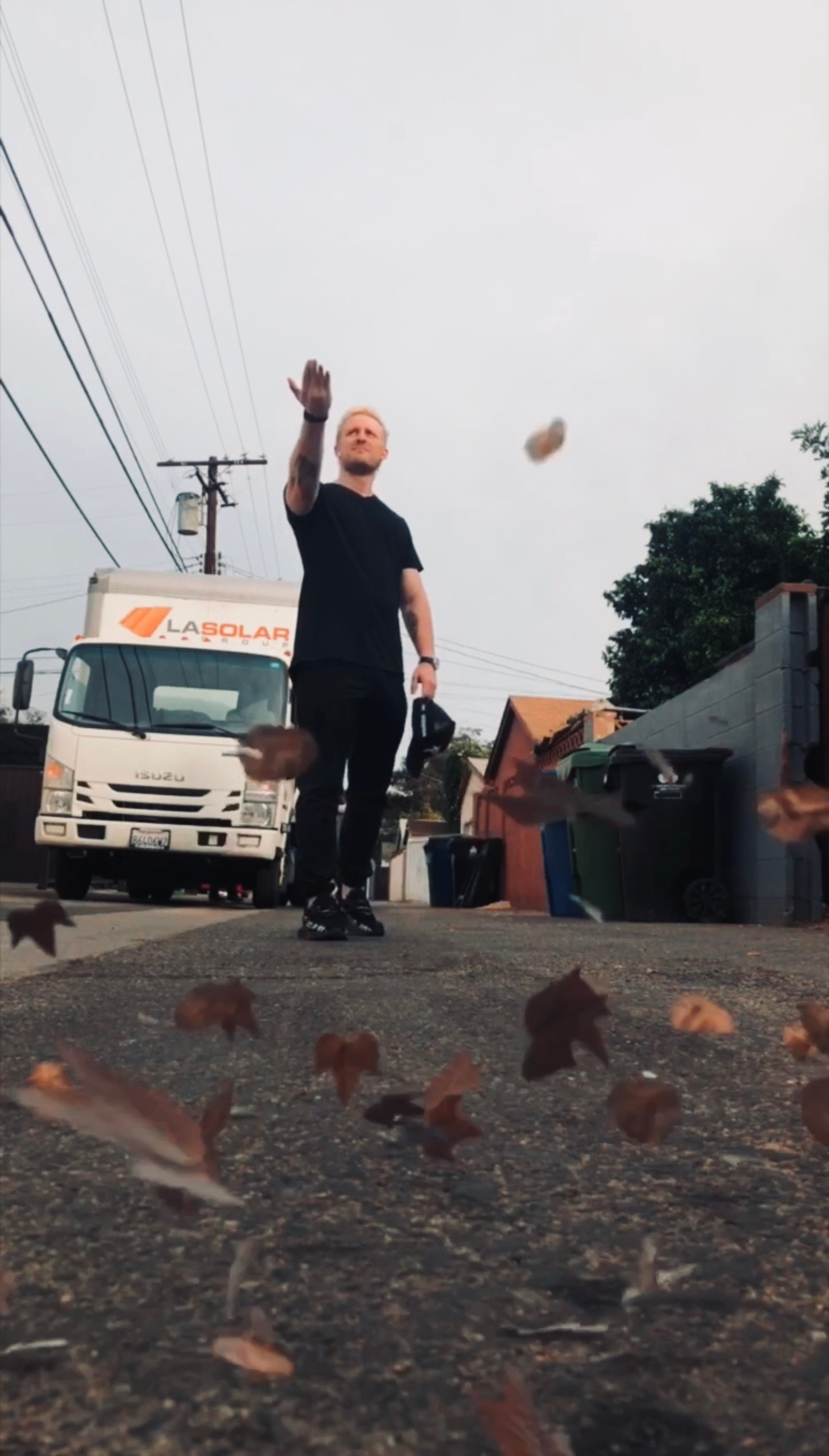 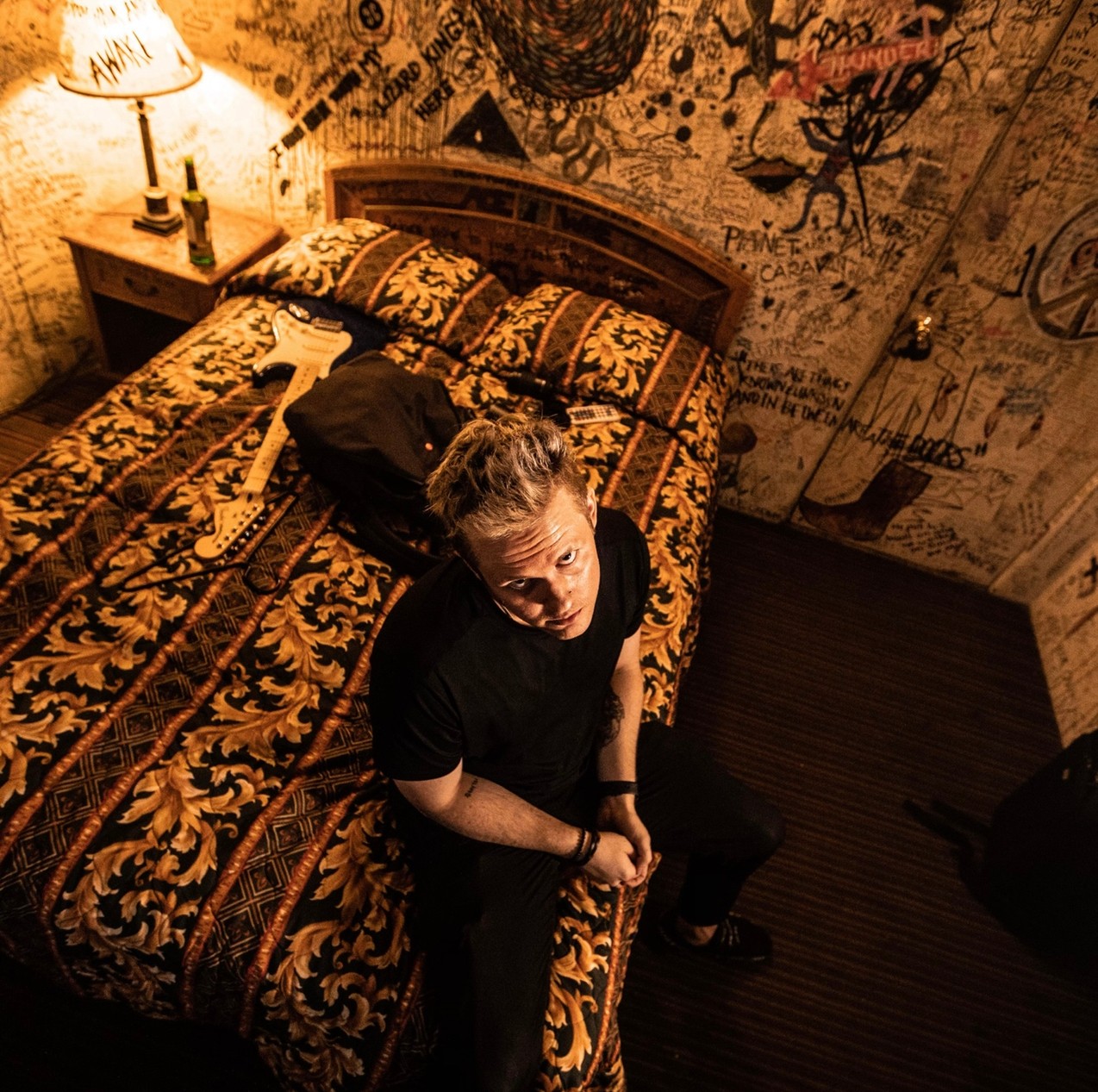 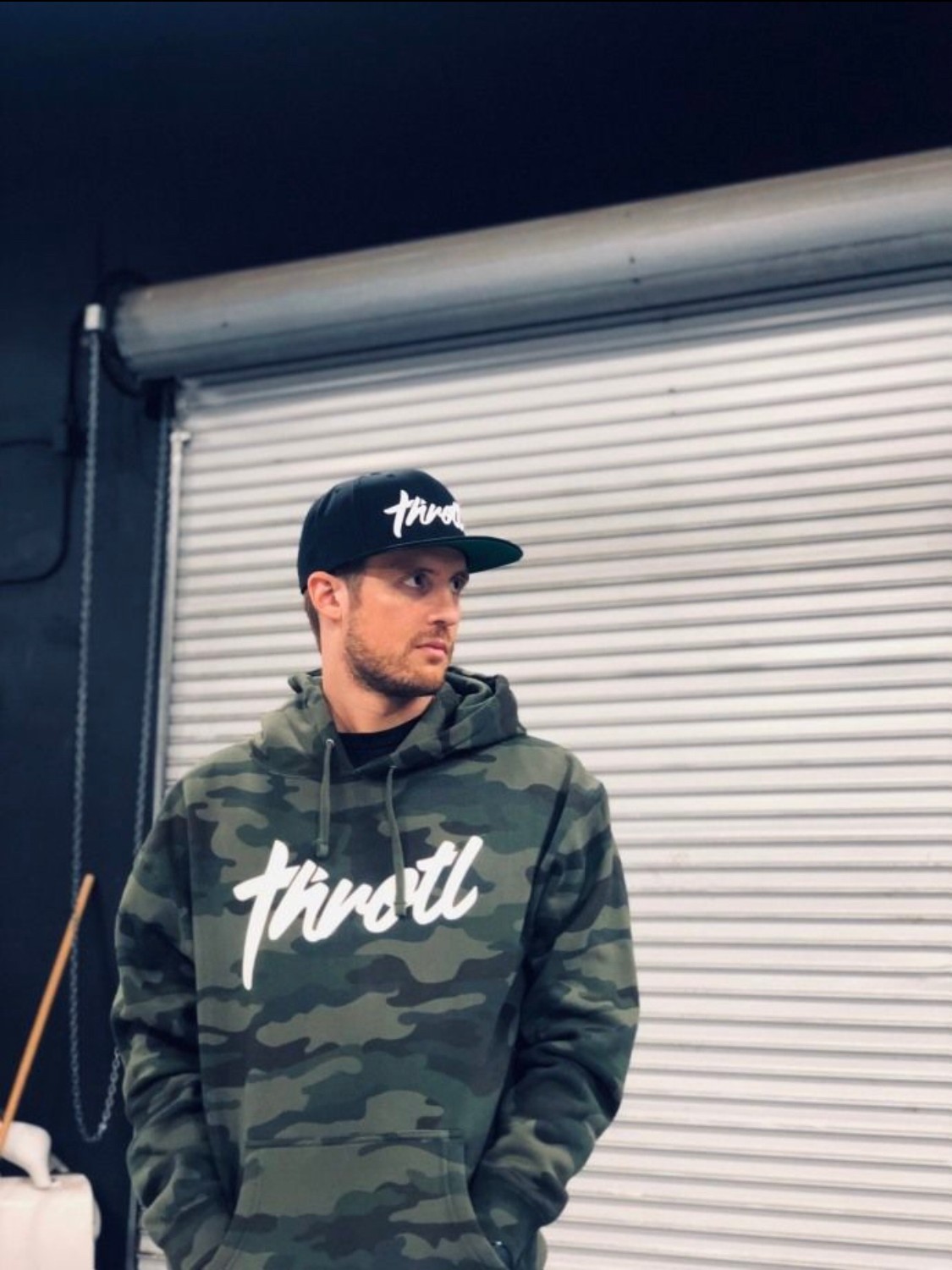 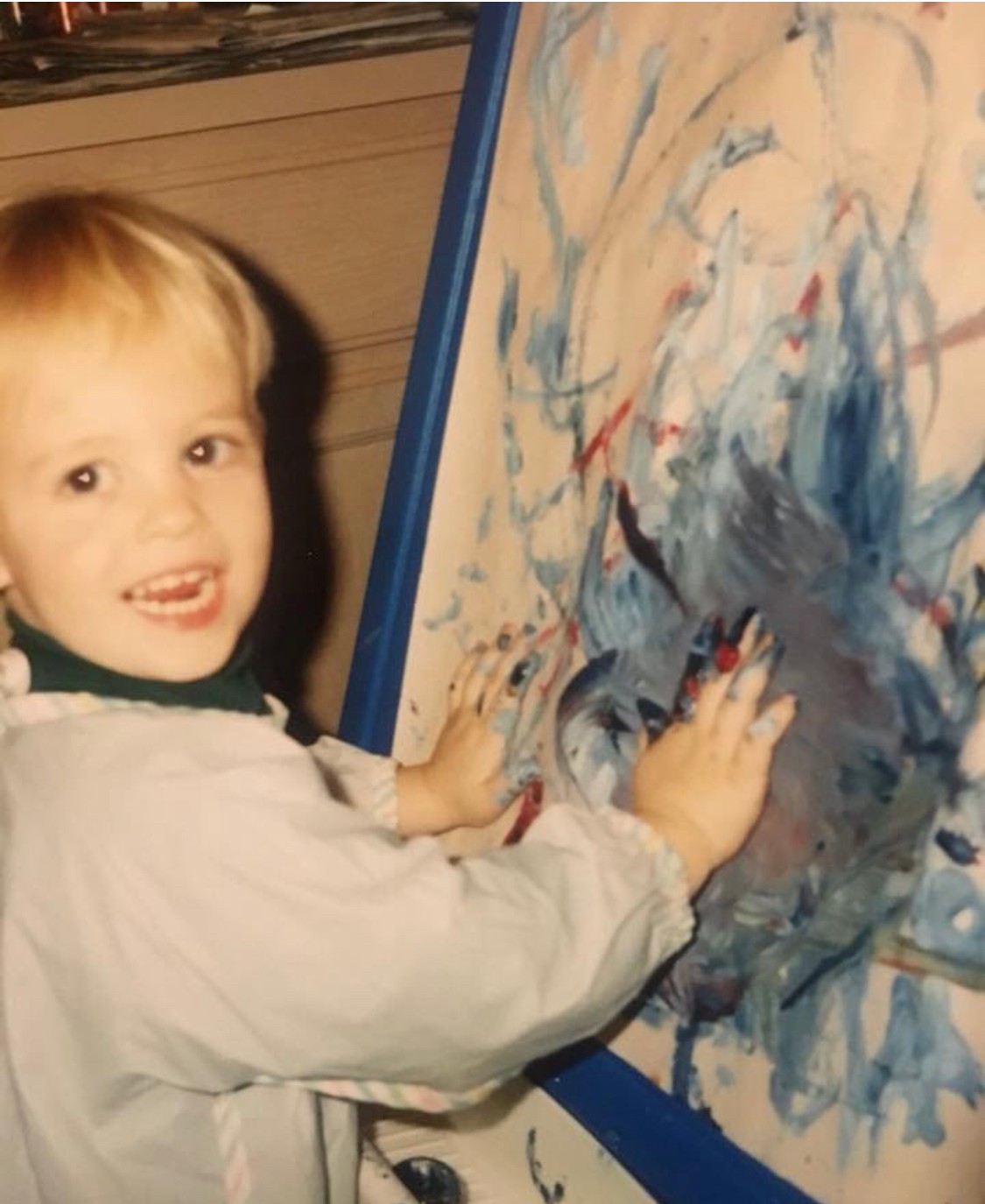 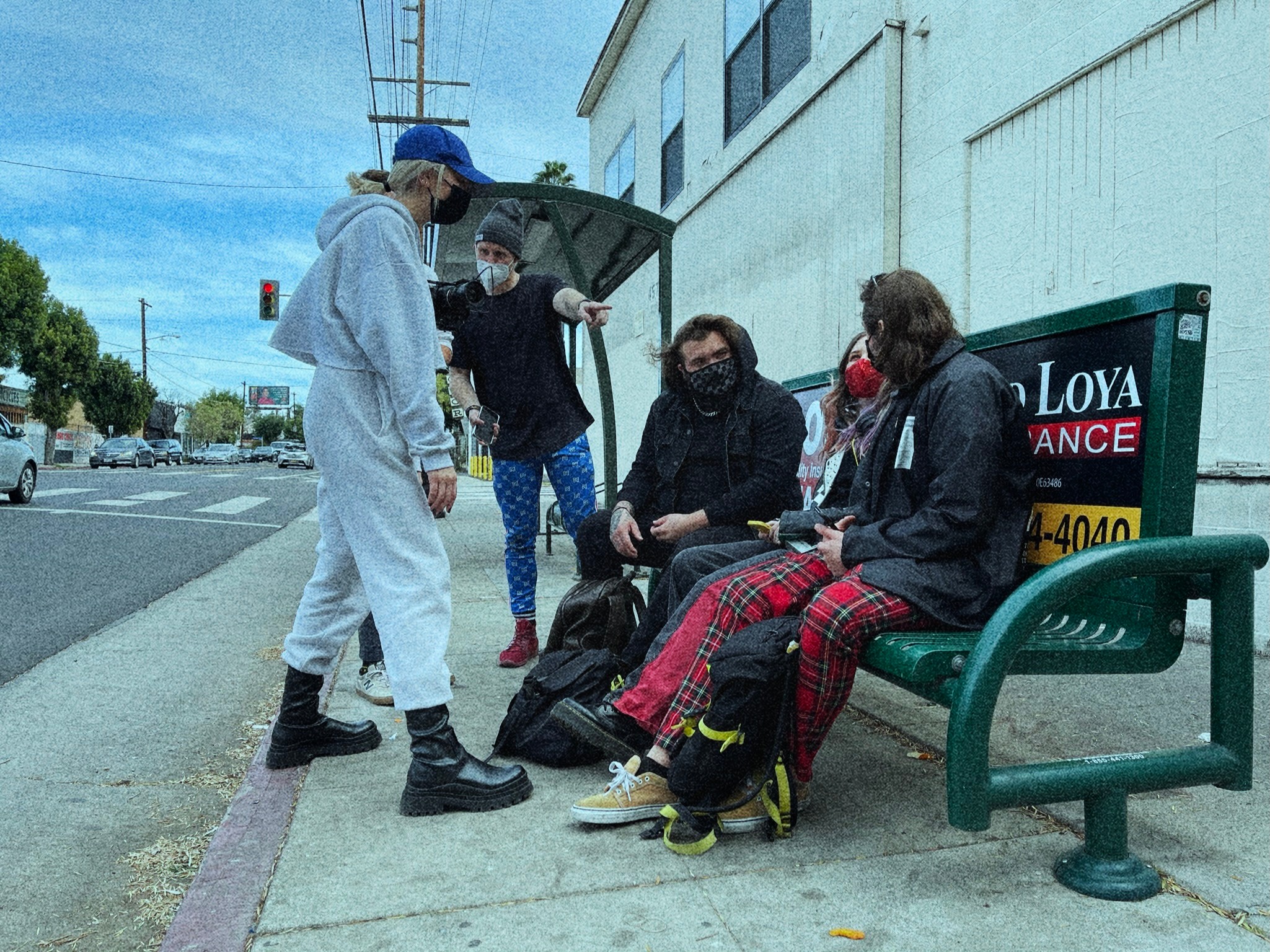