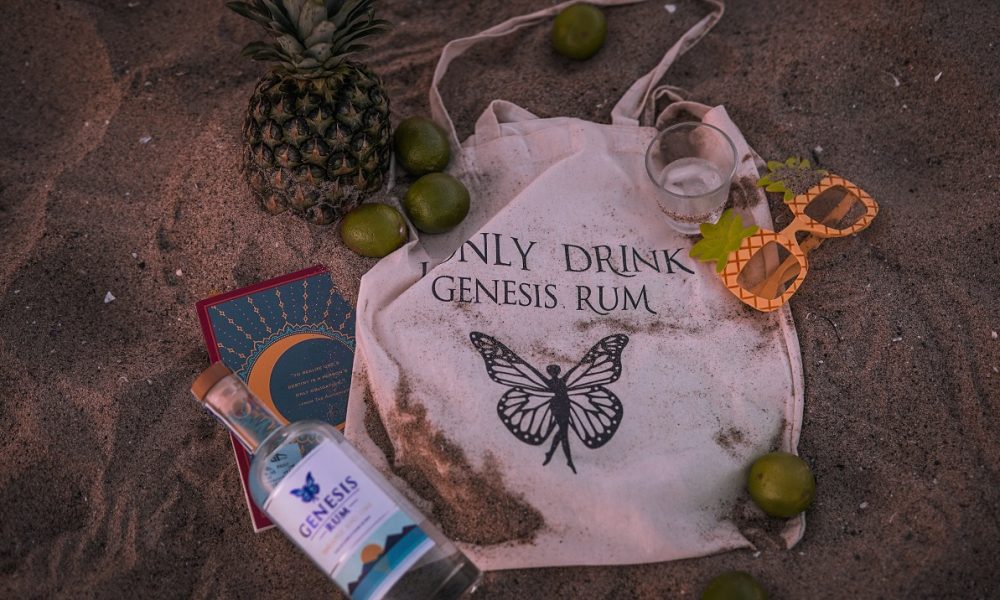 Today we’d like to introduce you to the team behind Genesis Rum! They share their story with us below:

The four founders Preju Kanuparthy, MacAlister Steckler, Joshua Steckler, and Jack Titus originally met each other in their middle school. After befriending one another, the four quickly got to work on various businesses and business ideas. They joined a club at Eastlake High School in Sammamish, WA, called DECA. DECA is a business organization in which students across the world compete at the regional, state and international level by pitching judges fictional business plans. After scoring top in the state and placing top 10 internationally, the group decided that it was time to put their business skills to test in the real world.

The four of them, with the help of their good friend Kabir Puri, founded a media company, Accelerated Productions. More or less a method to get free concert tickets, the team worked with various world-renowned musicians and businesses to provide them with social media content – specifically videos. They would attend shows to create concert recap videos and also work with businesses to create promotional videos. Accelerated Productions quickly dissolved after their senior year and each person went to their respective university.

Preju currently attends UCLA, Mac attends George Washington University, Josh is at The University of Wisconsin at Madison and Jack is at The University of Washington. In the midst of their first year, the four got sent home mid-March due to the COVID-19 pandemic. Itching to see each other after an incomplete year at college, they decided to have a socially distant meetup. They recounted on their abbreviated college experience. The groups discussed academics, friends but more importantly, the social scene. After talking about what people were drinking at college, they realized that rum was never mentioned as a drink of choice. After sending out emails to distilleries, bottle manufacturers, spirits industry experts (and not thinking much of it), the team quickly found themselves skipping zoom classes to take meetings with various individuals. The idea for rum that was flavored and had a high ABV (40%) was coming into fruition.

They quickly found a distillery to help formulate a Pineapple Lime Rum, created a supply chain, raised funding and thus establishing a business – all while being under the age of 21. The only task they had left was to name the brand. The boys thought back to their favorite class at Eastlake High School and used the first vocab word that they learned; Genesis. Fast forward to today, Genesis Rum is a world-class rum that sparks happiness and excitement in those who drink it!

I’m sure you wouldn’t say it’s been obstacle free, but so far would you say the journey have been a fairly smooth road?
It has not been the smoothest road in creating Genesis Rum. The first problem that they had to solve was the fact that the team is all under the age of 21. Many states require a base age of 21 to acquire any sort of alcohol-related permit. The team originally wanted to sell in their home state of Washington but faced roadblocks. This happened with several other states such as Nashville, Florida, Arizona, Puerto Rico but the team quickly found a way to sell in beautiful Los Angeles. The other problem in creating Genesis Rum was the funding. They bootstrapped the business until it was time to fund the first round of production. They then spent several months looking for investors and eventually closed the round with funding for their first run of Genesis Rum.

We’ve been impressed with Genesis Spirits, but for folks who might not be as familiar, what can you share with them about what you do and what sets you apart from others?
Genesis Spirits creates a one of a kind Pineapple Lime Rum. The rum itself is extremely smooth while also delivering a high ABV at 40%. The rum is perfect for any fruity mixed drink and can also be drank on its own. The rum is purposed as a medium to create memories, fun times and excitement amongst those who drink it!

Genesis Rum is set apart from other brands due to its unique flavor profile, smoothness and use of fresh ingredients to various additives/sugars.

We want readers to know that once they drink Genesis Rum, there’s no going back to any other rums.

Is there anyone you’d like to thank or give credit to?
Other than the founding team, Preju Kanuparthy (CEO), Mac Steckler (COO), Josh Steckler (CMO), and Jack Titus (CFO), the team would like to thank Graham Hamblett (Distiller), Bruce Boeko (Distiller), David Menenberg (Mentor), and all of our wonderful investors. We are thankful for everyone that has been involved in this journey with us. 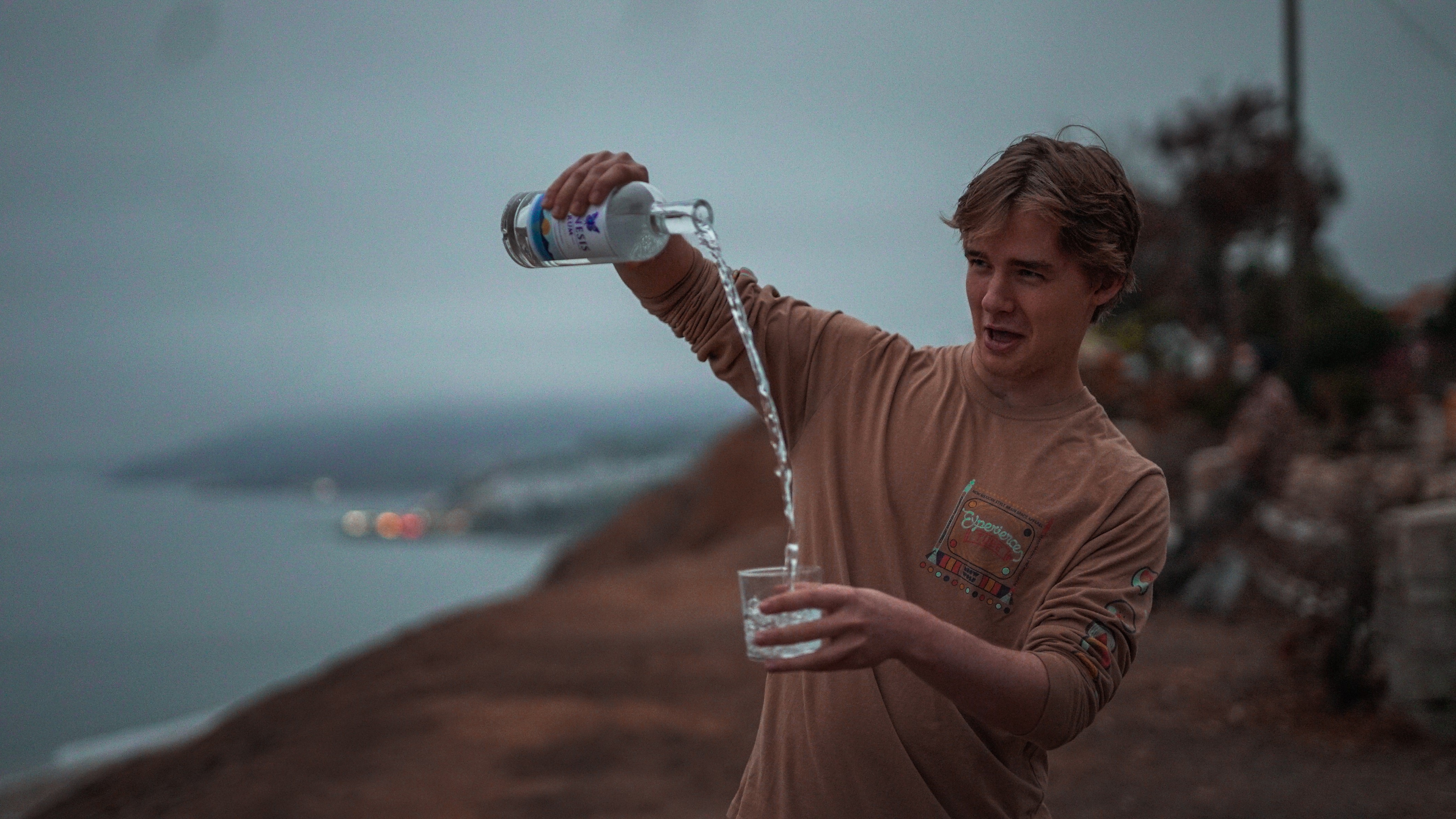 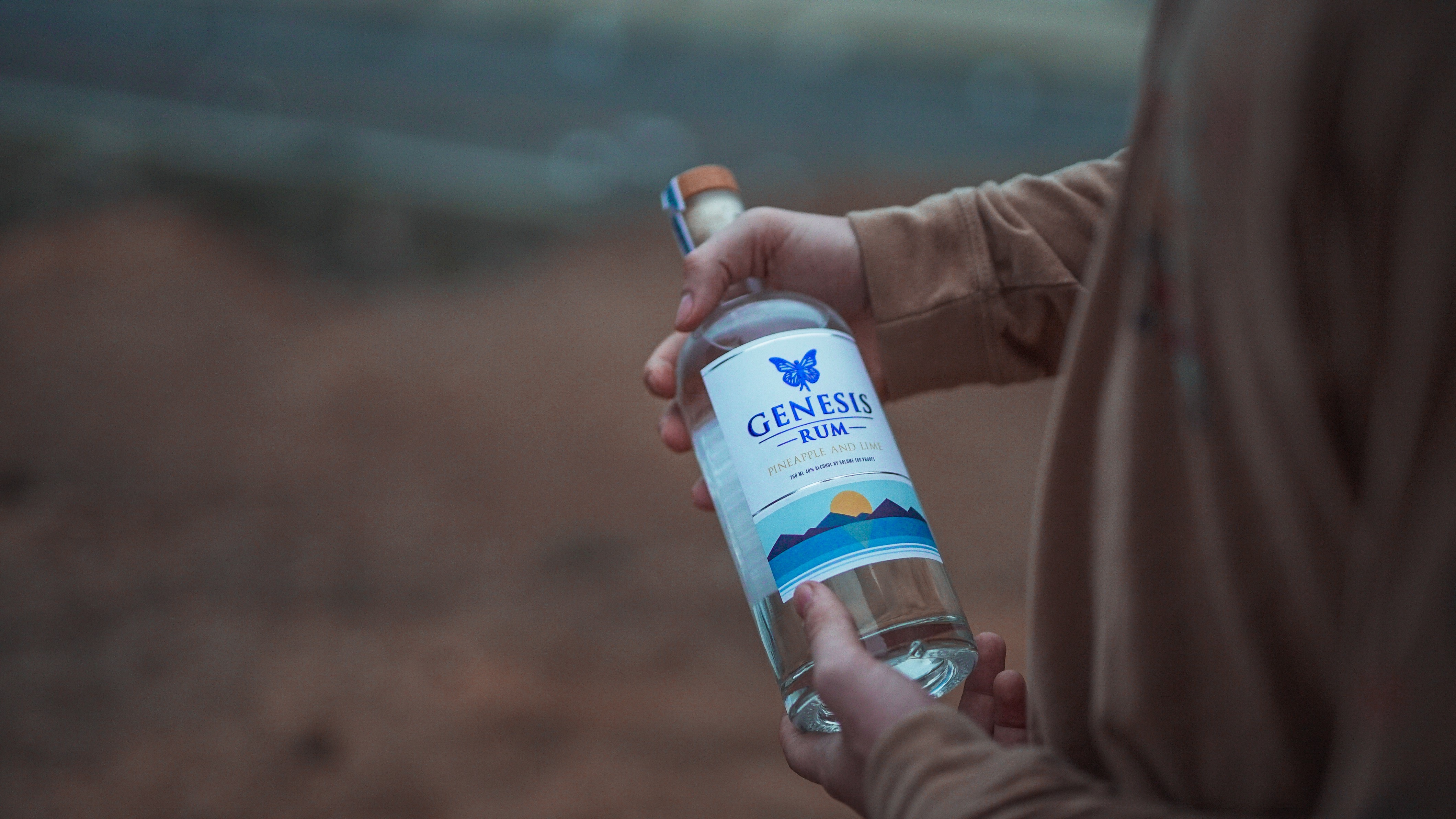 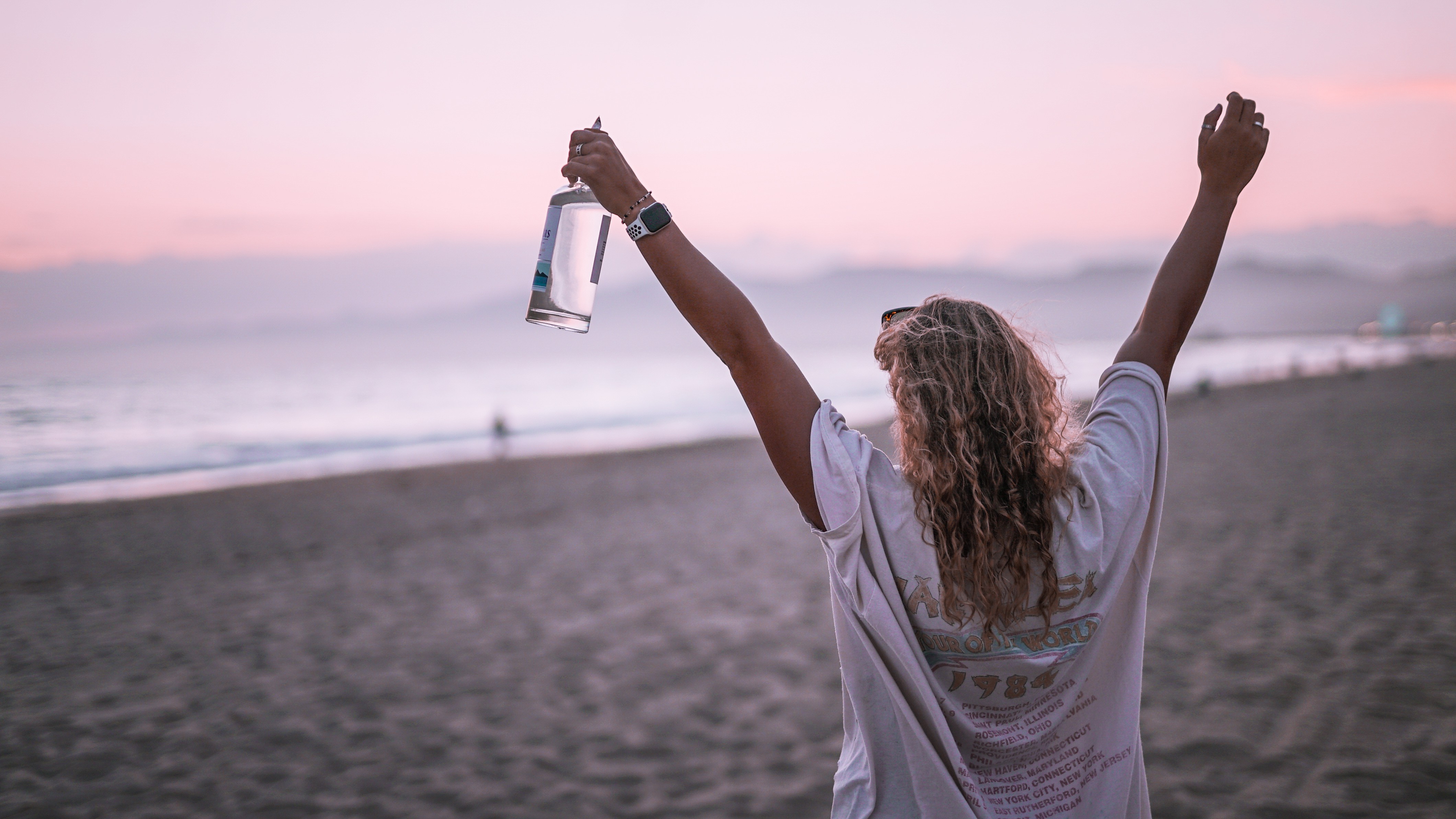 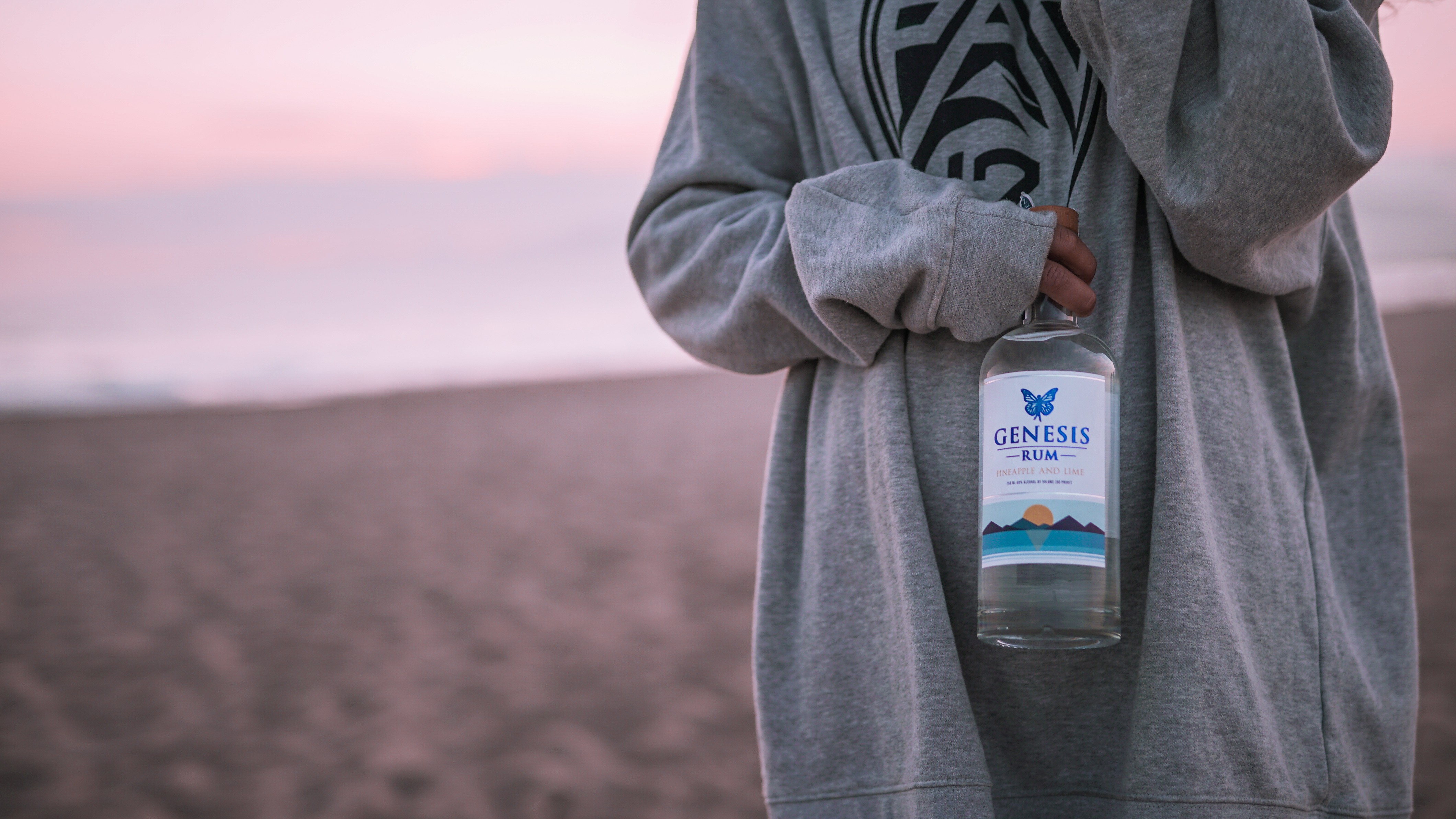 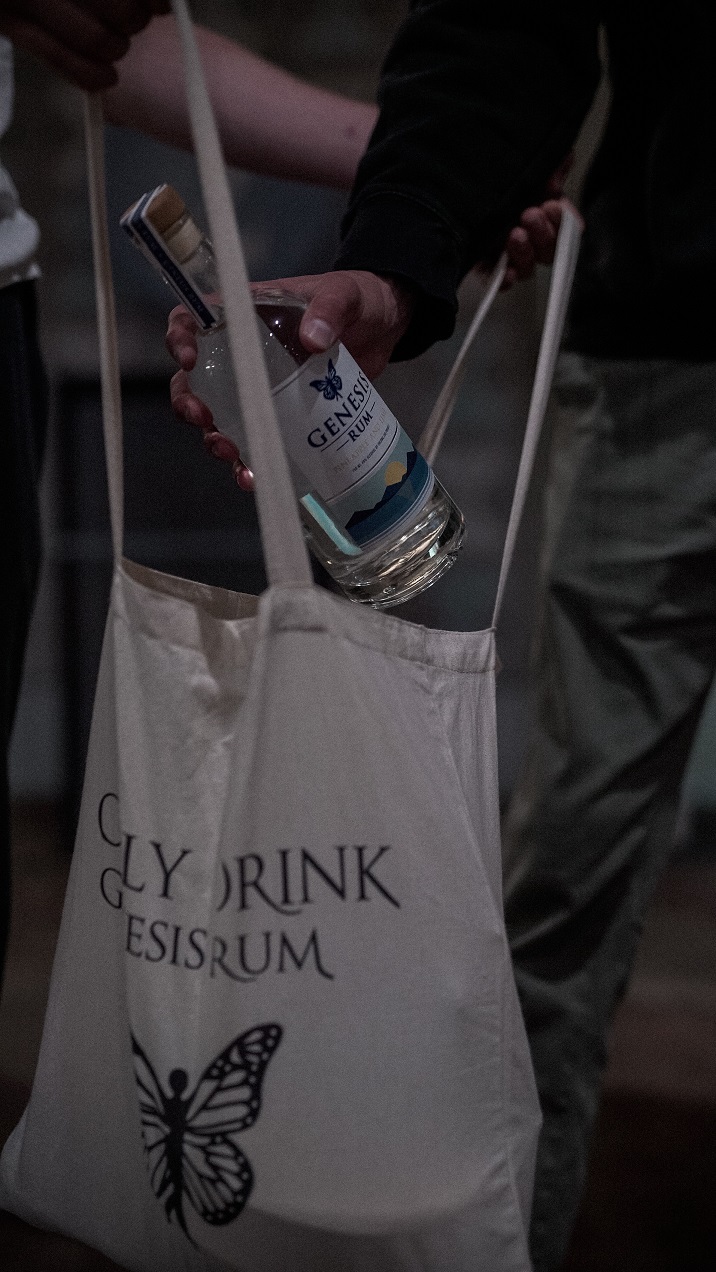