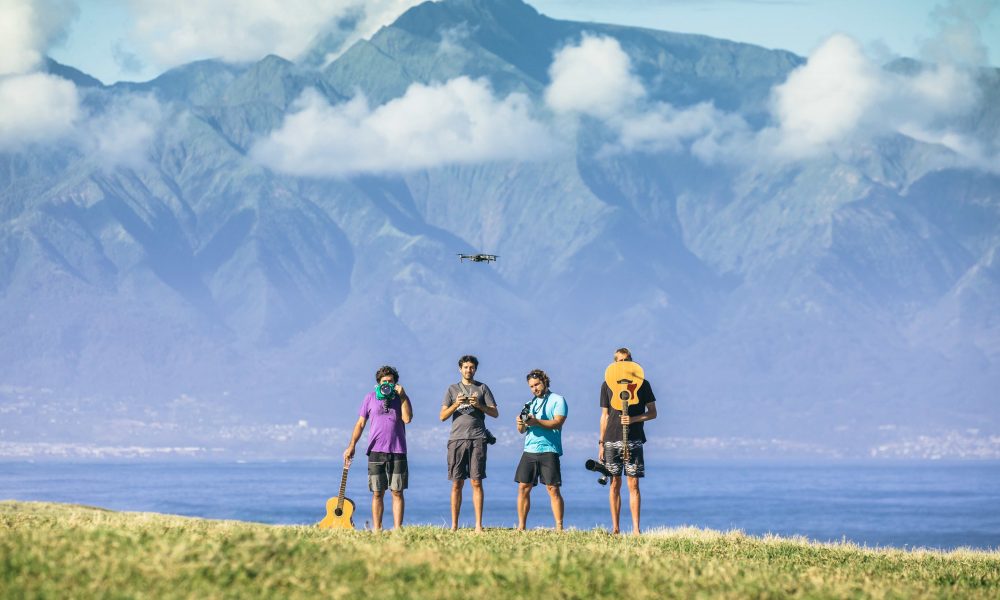 Today we’d like to introduce you to Michael Donohoe.

Hi Michael, it’s an honor to have you on the platform. Thanks for taking the time to share your story with us – to start maybe you can share some of your backstory with our readers?
I left Columbus, OH in 2009 to live by the ocean. From 2009-2011, I worked my way down the east coast from Conservation International in Arlington, VA, to Jekyll Island’s Georgia Sea Turtle Center, to the Florida Keys, and finally heading west to Maui to work as a Naturalist with Pacific Whale Foundation. After four years guiding whale watch and snorkel tours, I stepped away to focus on filmmaking. That same year, I captured the first-ever underwater footage of world-famous big wave, Pe’ahi, for my short film “Below Jaws.” In 2017, I joined filmmaker and naturalist Chris Cilfone in his quest to film the birth of a humpback whale, an event that has yet to be documented. In 2020, the Koholā Film Project incorporated as a 501(c)(3), and we look forward to continuing the quest this coming whale season. In 2018, Mike co-founded Three Tree Creative with three other filmmakers: Raja and Karim Iliya, and Jon Spenser. Three Tree Creative has had short film selections in the 2019 and 2020 Honolulu Surf Film Festival, and most recently, released a stop-motion music video for Tavana’s song “Plastic Island” that is comprised of nearly entirely ocean plastic collected on Maui’s beaches. (https://www.youtube.com/watch?v=sKU0m4vdID0).

I’m sure you wouldn’t say it’s been obstacle free, but so far would you say the journey have been a fairly smooth road?
Has anyone had a smooth road? There’s a lot to figure out when you decide to leave a job with a schedule and benefits to work for yourself on things you care about. Mostly I film weddings to make a living and with covid, all of them went away. It’s given me a lot of time to figure out the type of work I want to be doing and trying to reframe and refocus on the reasons I decided to go out on my own. A couple of years ago, I started Three Tree Creative with three other people and that has been huge turning point for me. A lot of creative professionals spend their time one-man-banding. It’s lonely and incredibly difficult to stay motivated. To have co-workers to scheme and dream with had been a missing piece for me. I am constantly inspired by them.

We’ve been impressed with Three Tree Creative, but for folks who might not be as familiar, what can you share with them about what you do and what sets you apart from others?
Three Tree Creative is a small crew based on the island of Maui. We are filmmakers, photographers, and musicians with extensive experience filming people and wildlife in their natural habitats. Our diverse skill-set allows us to tailor media packages for our clients from end-to-end: writing; production from land, sea, and sky; post-production; stop-motion animation; photography; and music. We love documenting process. Especially telling the stories of artists and artisans that make tangible things with their hands. I think it comes from the fact that most of what we make lives on hard drives and is seen on phones. That said, we are shooting more 35mm and 120mm film so that we can make art that exists beyond screens as well. Three Tree Creative has had short film selections in the 2019 and 2020 Honolulu Surf Film Festival, and most recently, released a stop-motion music video for Tavana’s song “Plastic Island” that is comprised of nearly entirely ocean plastic collected on Maui’s beaches. (https://www.youtube.com/watch?v=sKU0m4vdID0).

Any big plans?
On 1.15.21 we premiered “Plastic Island” in collaboration with Samoan Blues musician Tavana McMoore. Plastic Island is a stop-motion music video made up of nearly entirely of plastic collected from Hawaii’s beaches. This year, we plan to continue to work with local businesses and artisans to help them to tell their stories and carve niches. As well, we will continue to produce series that follow artists, athletes, and musicians in Hawaii. Our next release is called “Living Water” “Living Water” is a multimedia piece comprising three parts: a film; a conversation between Dr. Wallace “J” Nichols (PhD, New York Times best-selling author of Blue Mind) and Dr. Cliff Kapono (Professional Surfer, Chemist, Journalist); and a collection of photographs from Zak Noyle, Sarah Lee, Christa Funk, Adam Ravazzano, Elise Wilcox, Raja Iliya, and Karim Iliya. We hope “Living Water” can provide momentary relief to those who need it and that we will all meditate on why it is critical for our collective mental, emotional, spiritual, and physical health to understand the real value of water. 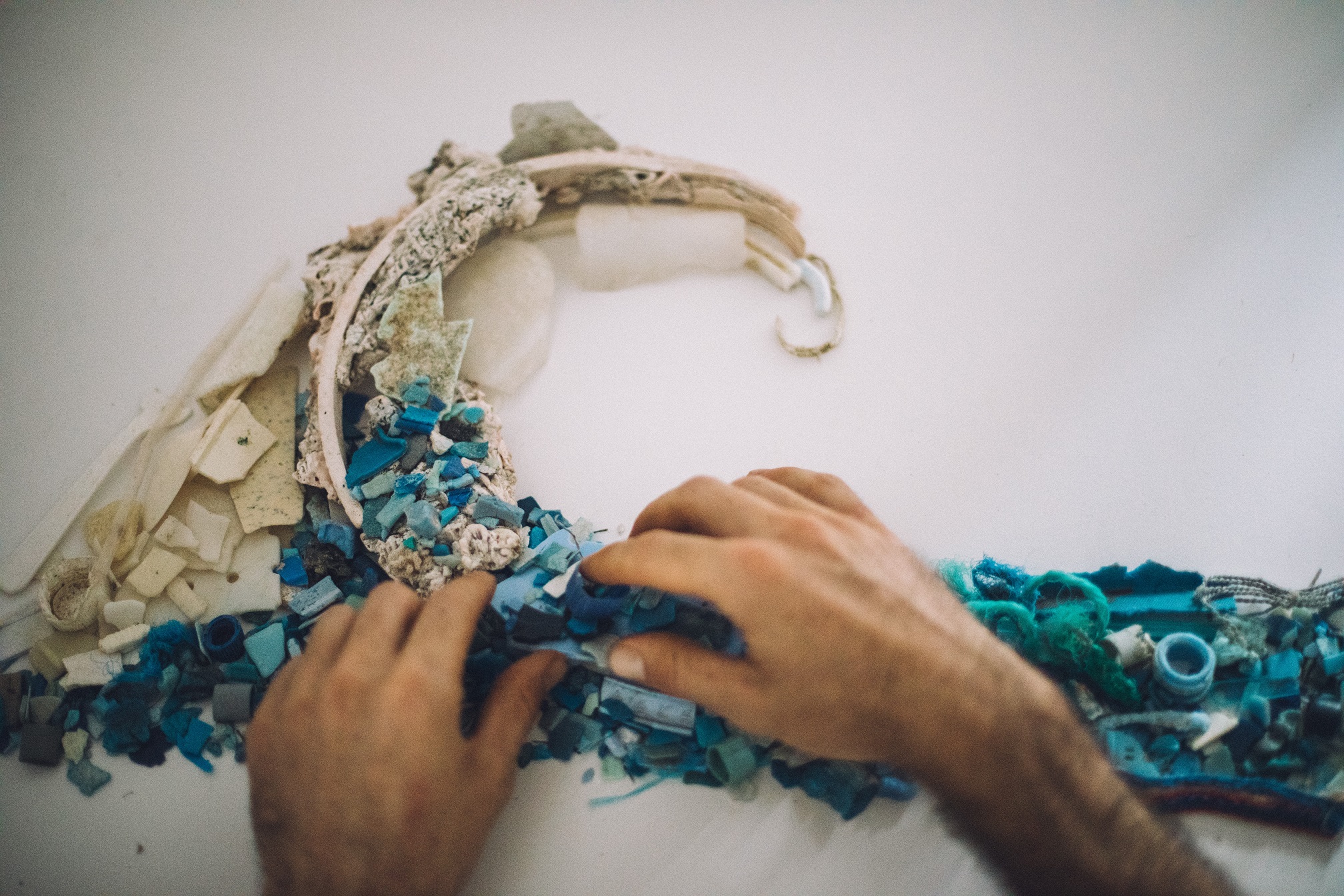 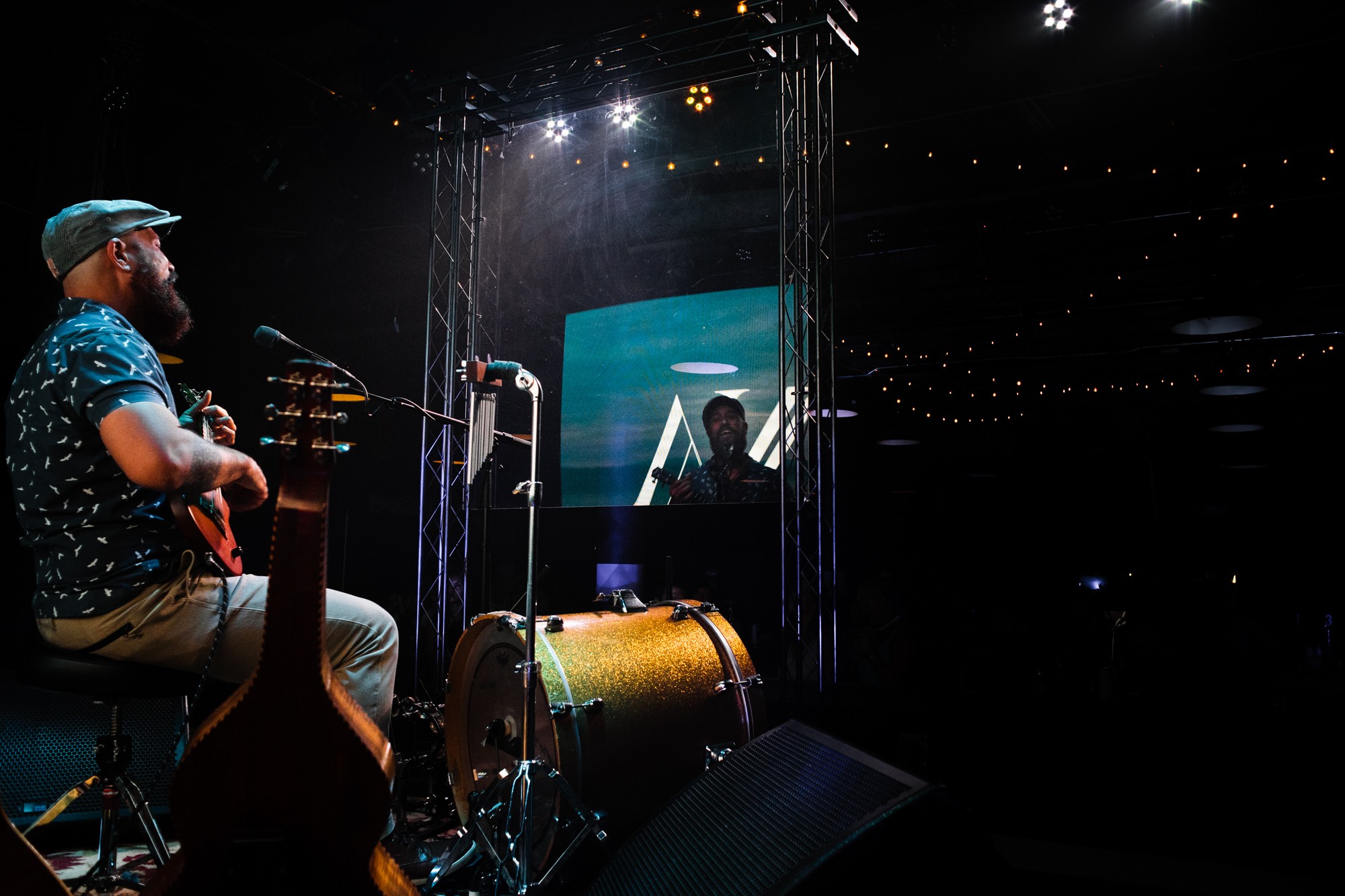 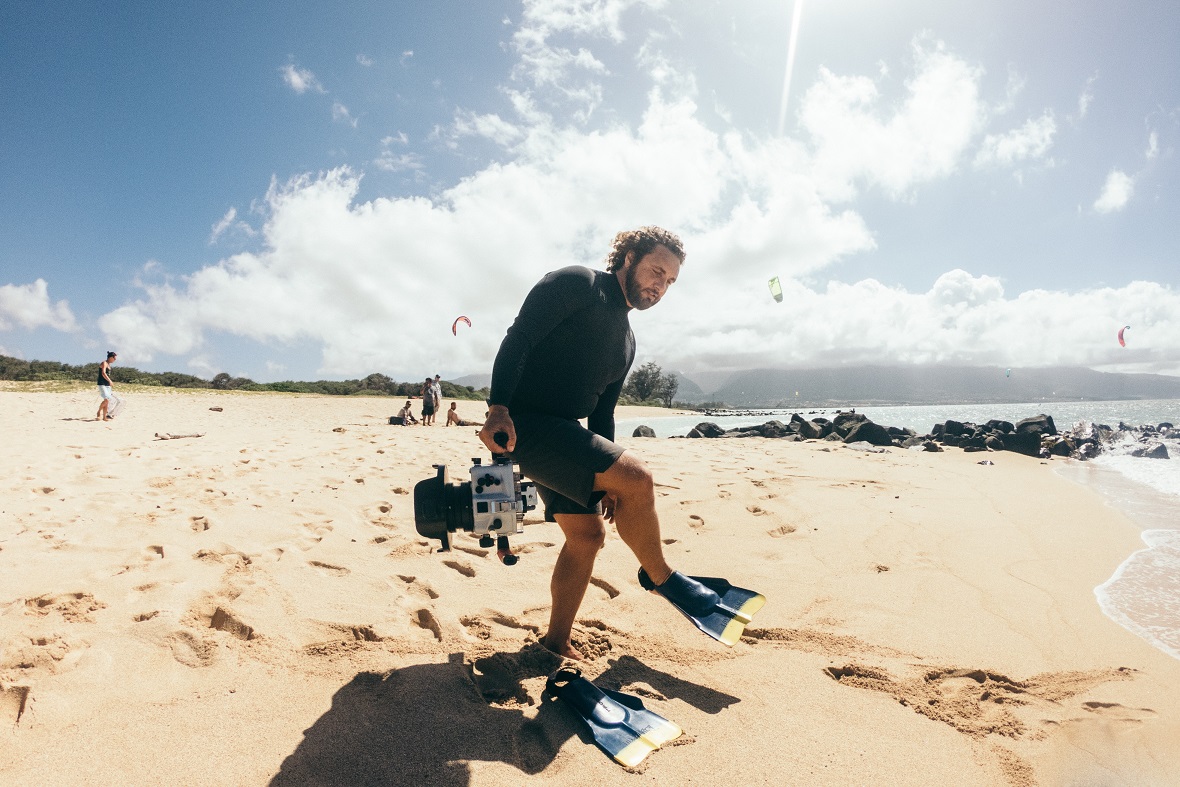 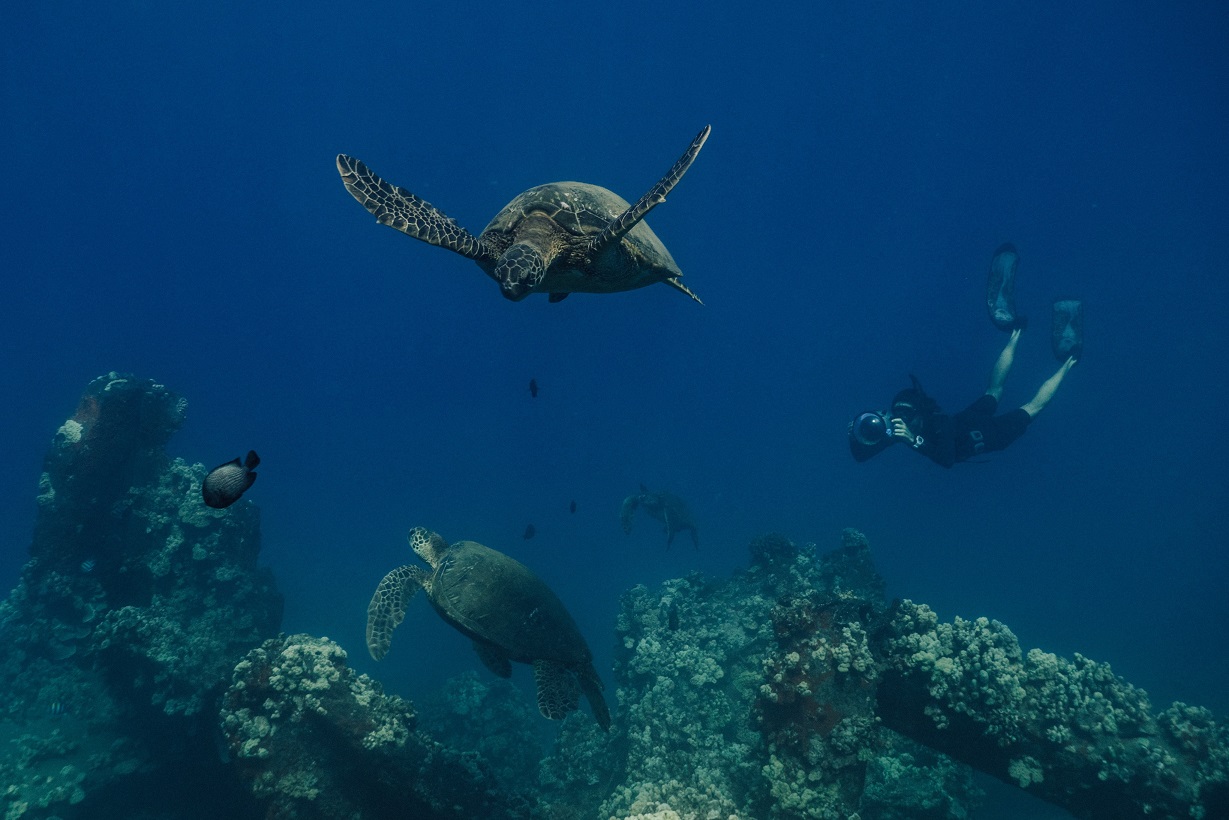 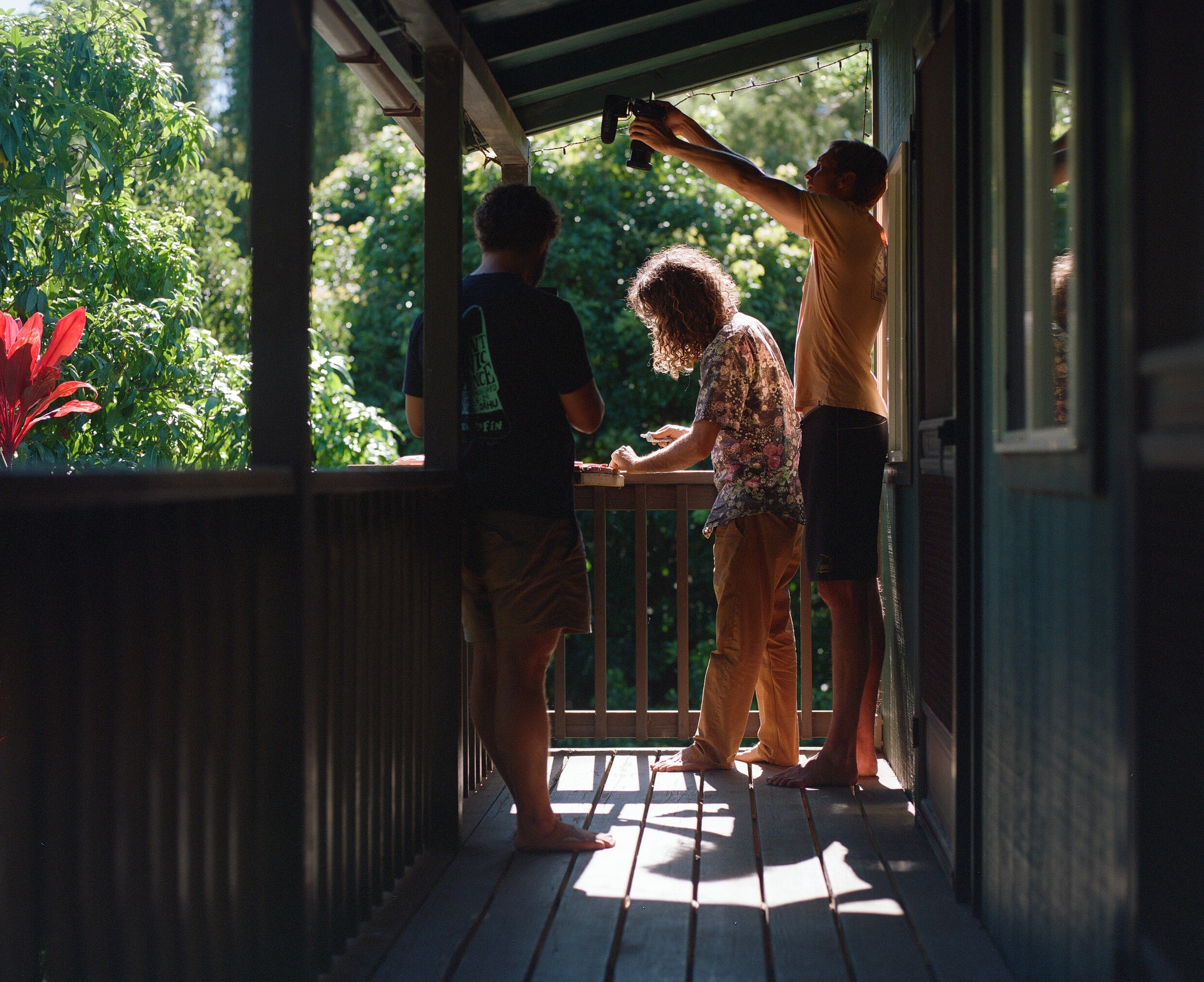 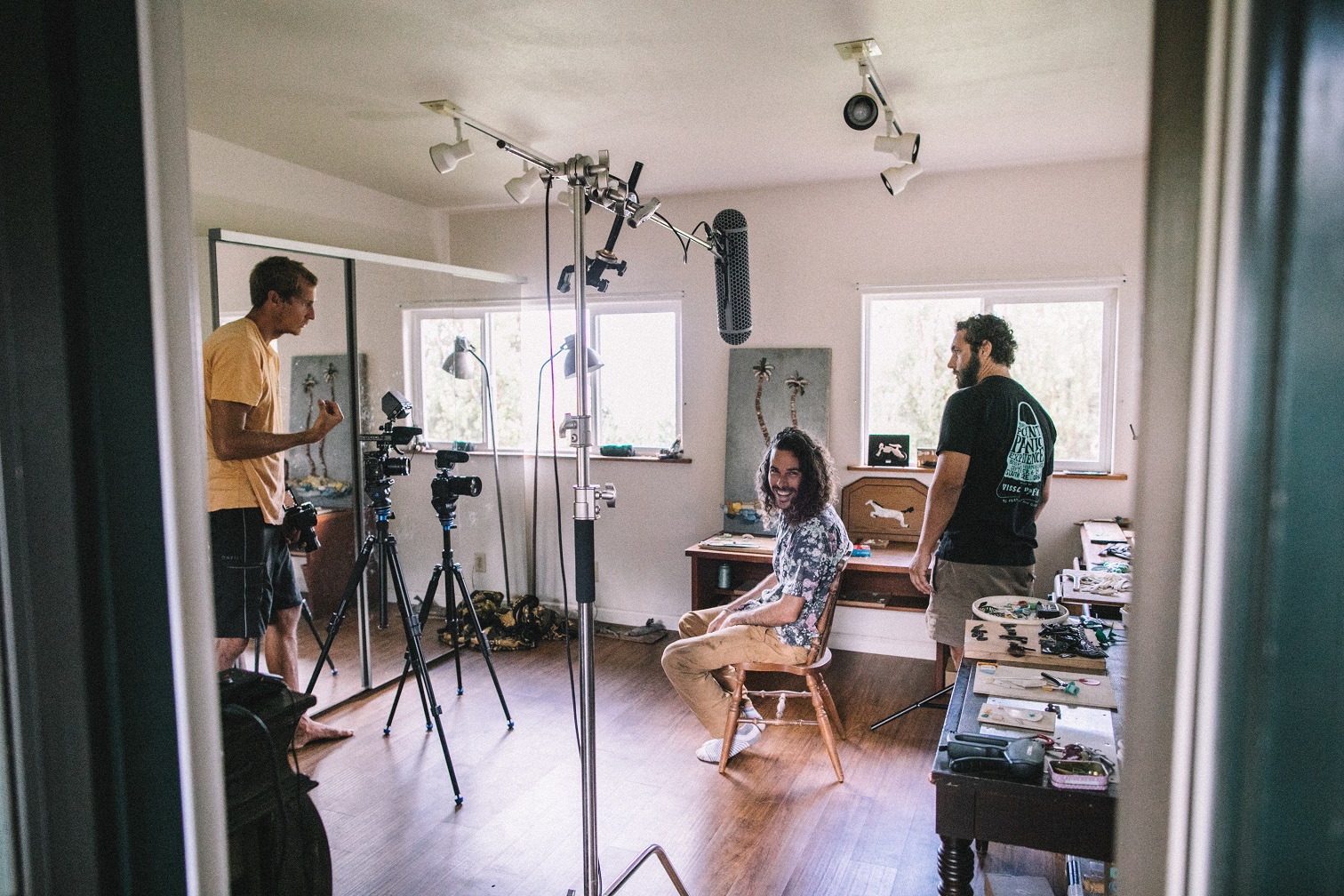