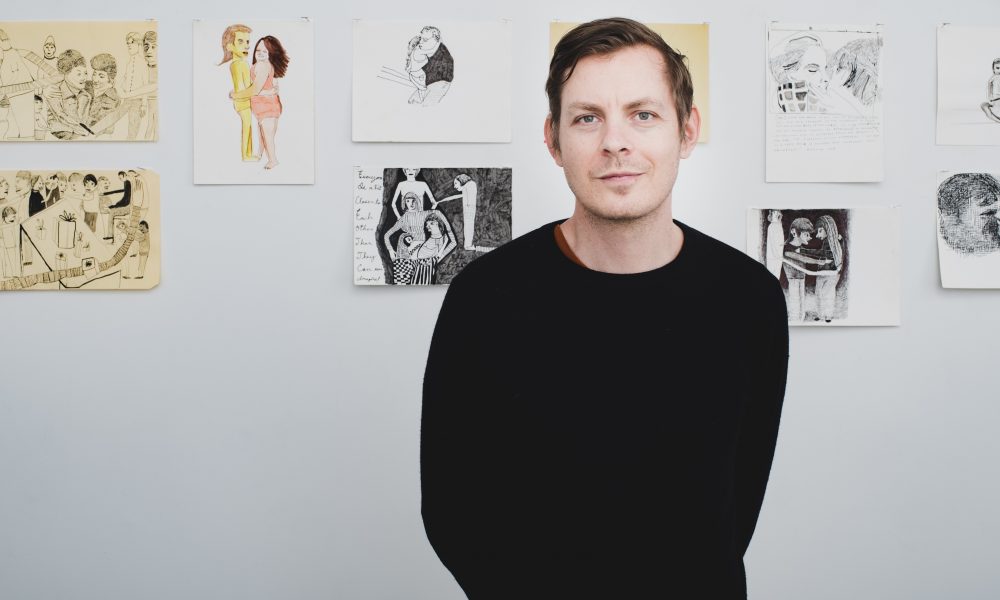 Today we’d like to introduce you to Michael G. Bauer.

Hi Michael, so excited to have you on the platform. So before we get into questions about your work-life, maybe you can bring our readers up to speed on your story and how you got to where you are today?
I grew up in Tempe, Arizona and discovered art and music as a teenager in the 90’s. This was a generative period, where I was going to shows and drawing and painting at home and my dad helped me set up a black and white darkroom in the laundry room. I frequented thrift stores multiple times a week and had a closest packed with oversized terry cloth and polyester and striped button-down shirts and ill-fitting pants. I had a Tascam 424 four-track recorder I used to record some of my early songs. That was my personal renaissance. By my late teens, I knew I wanted to spend my life making art.

I came to Los Angeles to pursue art at UCLA at 18 and worked with a number of inspiring teaching artists. This was also very helpful in developing my art practice but when I graduated with a bachelor’s in art, I didn’t know how I was going to make a living. I scrambled around and worked for a temp agency a bit and was hired by artists as a studio assistant.

All along the way, I was developing my creative voice and as early as 2005, I discovered what I was particularly interested in exploring as an artist: personal growth, interpersonal connection, collaboration, intrapersonal resolve, meditation, the human mind, all of which is very much tied to the psychological experience.

Around 2007 I exhibited a collection of meditational love drawings, text-based drawings where I repeated the word “love” thousands of times. Shortly after, I got restless. In 2008 I moved out of my studio and apartment. I traveled around the country throughout the year and did a few short residency programs, after which I landed in Philadelphia. I ended up living there for three years and was introduced to new ways of being such as bicycling everywhere and living collectively in a row house in West Philly. I met Joel Chartkoff who became a close friend and singer in my band Thank You Rosekind. The band developed and we put out “Attention Intention” a collection of motivational pop songs. I also got involved in a Philly based art collective called Basekamp and was putting on free peer run courses on an array of subjects through a platform called The Public School. I knew I had a wide breadth of interests and had trouble being an artist who stayed in the studio all day painting. These experiences deepened and informed my interest and curiosity around psychology and in 2012, I began to seriously consider becoming a therapist.

I was introduced to art therapy and marital family therapy and it “married” a lot of my seemingly disparate interests and needs such as wanting to work with others in creative, connecting ways. In 2012 I came back to Los Angeles and in 2013, I entered the graduate program at Loyola Marymount University. I often think of those two years as the “University of Me!” There was so much introspective learning. It made me realize what a privilege it was to better understand the psychological experience and to better make sense of who I am, my history, how I show up, and how I can show up for others.

After graduate school, I went directly into community mental health working with children and families and after many a long hours and some five years later, I started my own private practice called Counseling for Creative People.

Alright, so let’s dig a little deeper into the story – has it been an easy path overall and if not, what were the challenges you’ve had to overcome?
Many of my own struggles along the way have been connected to how I think about things. As an artist, there was a tenuous push and pull of wanting to have a social impact while also trying to reconcile the realities of having to financially support myself whether through a studio art practice or some other means. I also experienced anxiety, confidence issues and some deeply held beliefs that got in my way. It was through therapy and my own education that I had an opportunity to sort much of this out. And years later, after extensive training and experience, I’m now able to introduce that understanding and thoughtful introspection to others and have seen many of my client’s lives change for the better.

Alright, so let’s switch gears a bit and talk business. What should we know?
Counseling for Creative People is a private therapy practice based in Highland Park, Los Angeles, California. CCP helps people improve their lives through creative therapeutic action. I work to provide quality, well-informed care and do it in a way that advances creative expression through new ways of thinking, playing, creating, and processing utilizing a variety of mediums such as talk therapy, artmaking and somatic-based approaches.

I see children, families, adults, and couples and provide affirmative, supportive therapy. I make an effort to support diverse people with different lived experiences as an ally to LGBTQIA + non-binary communities and those actively seeking different types of relationships.

It is important for my clients to feel safe, heard, and understood.

What would you say have been one of the most important lessons you’ve learned?
Lately, I think about the value of being in the moment, being present, and actively engaged in those pursuits that help further my goals and deepen my connection to myself and others. There can be a lot of time spent worrying, or ruminating, replaying those events that retrigger guilt or shame, or upset or feeling bad. So much time can be spent worrying about the future or the past and that gets in the way of mindfully and sensorially tuning in to seeing things, hearing, feeling and taking in the world. Much of my work I do with my clients is creating space to better tune into our passions and loves and to forefront those experiences in their lives. 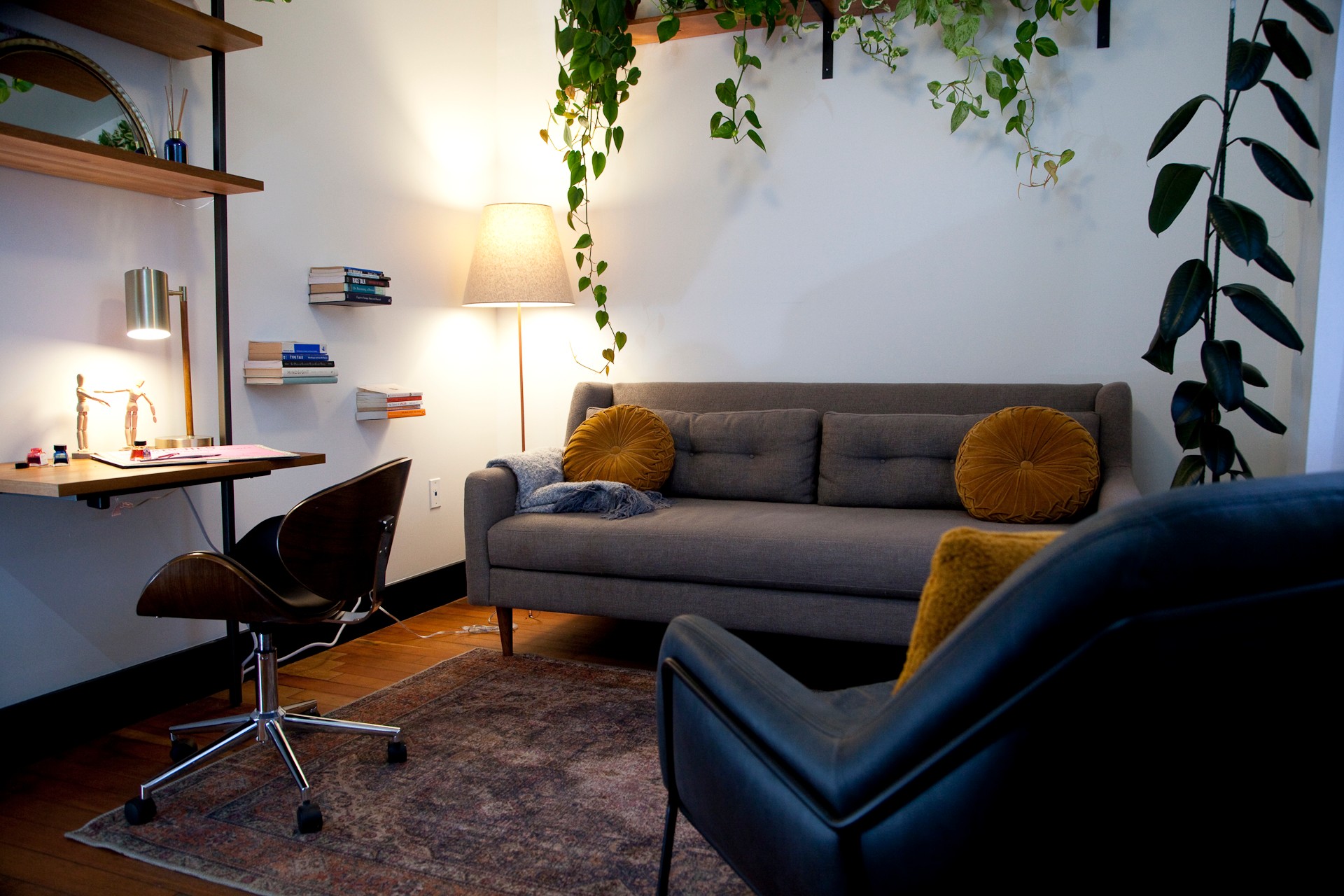 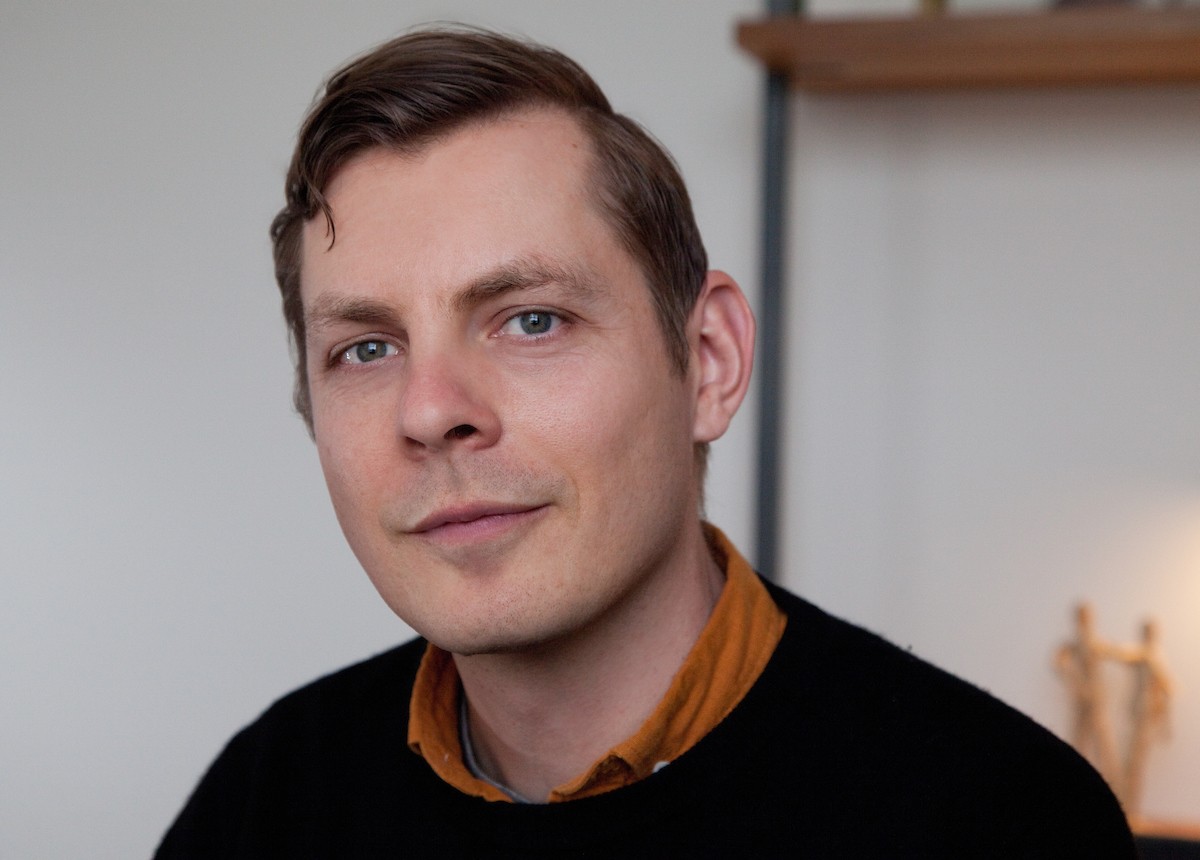 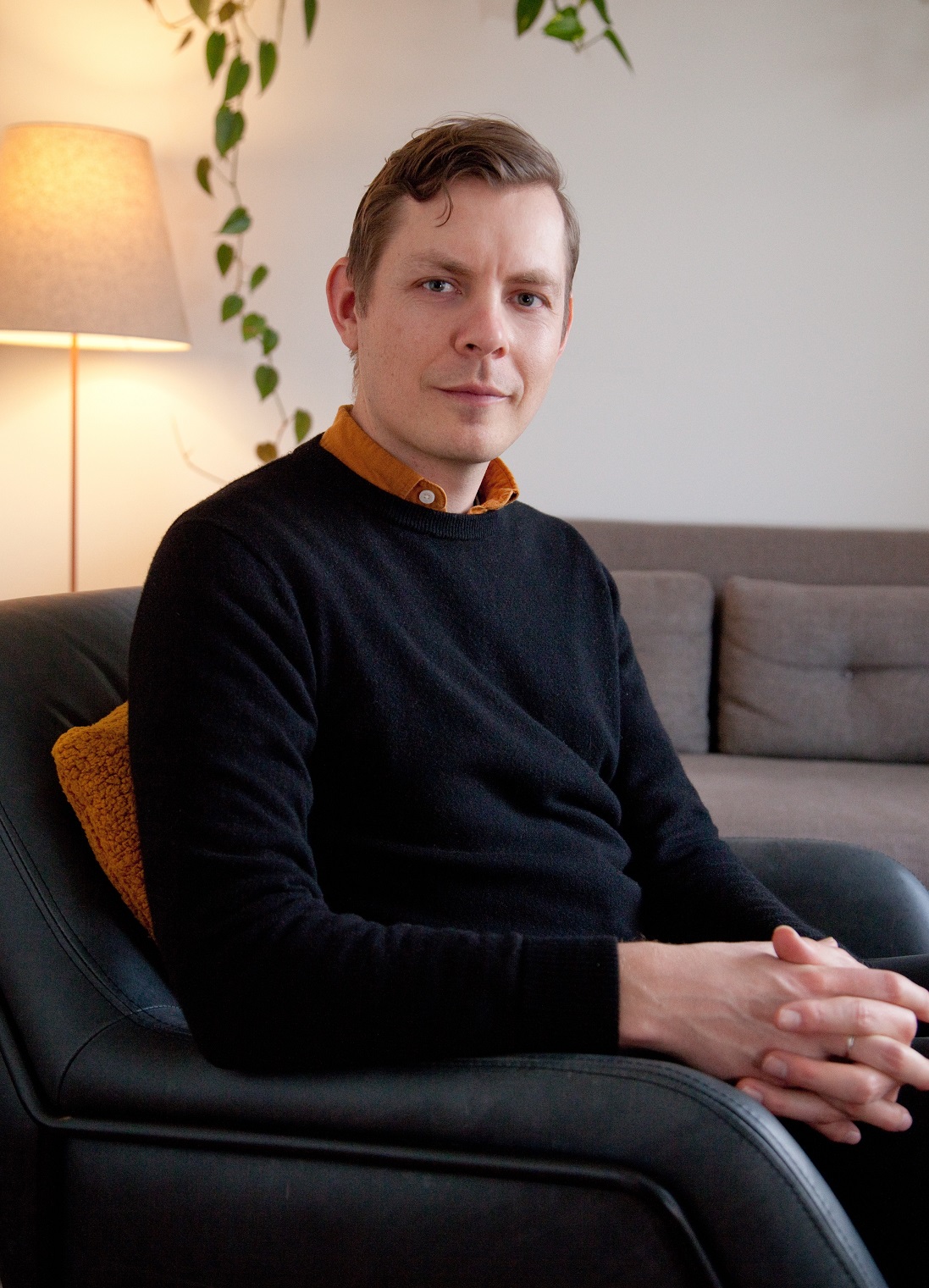 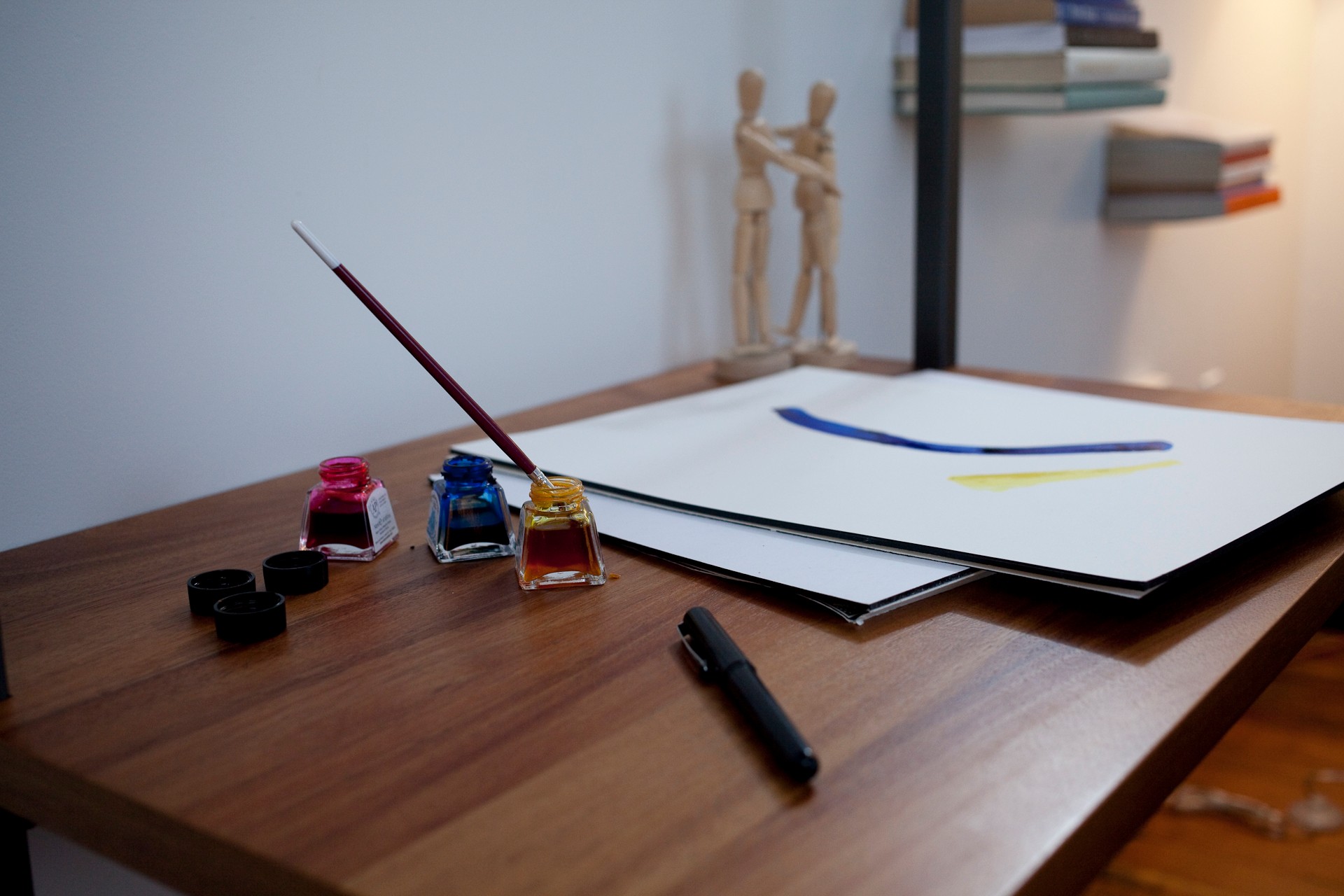