Today we’d like to introduce you to Jimmy Chu.

Alright, so thank you so much for sharing your story and insight with our readers. To kick things off, can you tell us a bit about how you got started?
My path to becoming an LA County Deputy Public Defender was definitely not a path well-traveled, but I honestly would not have changed a single thing about it. It kind of seems everything that happened in my childhood and teenage years led me to this calling that I still enjoy doing every single day.

My parents met in Taiwan when my father was injured in an Air Force training exercise and my mother nursed him back to health in her hospital. They emigrated here to Monterey Park on a whim with the promise of the American Dream still very much alive when I was just an infant.

Mom and dad each worked multiple jobs to start over in this country where they didn’t know anyone or even the language, yet they loved America for what it was and what it could be. Being able to fill my stomach with food stamps and see a doctor for debilitating asthma free of charge in turn instilled in me at a young age the necessity of helping those in need and then paying it forward.

Monterey Park in the 80’s was nothing like it is now. It was a very blue-collar city with mostly Asian and Mexican immigrants at the time. With my home bordering East LA and having friends from different backgrounds and cultures instilled in me an appreciation for diversity and differences. Gangs were rampant and violence was almost a daily occurrence. Despite being fortunate enough to steer clear of that other element of the city I loved, I still wound up in the criminal justice system facing eight years in state prison for a crime I simply did not commit.

We all face challenges, but looking back would you describe it as a relatively smooth road?
Haha, far from it, but I’m so glad and oddly feel blessed for the bumps along the way.

At 17, I was arrested for assault with a deadly weapon and a gang enhancement. I had gotten into a fight and police were called. The detective asked me two questions: 1) whether I knew Kung Fu and 2) whether I was in a gang. I told him the truth as to both – I don’t know any martial arts and do indeed know gang members because so many of my friends, neighbors and even family were involved with it. I thought being honest with the police was always the right policy. In his report and later under oath, he swore I told him I was a black belt and a hardened gang member. Based on his testimony alone, the juvenile court decided to try me as an adult and sent me to county jail. That detective is now a lieutenant.

Faced with the prospect of 8 years in state prison and knowing exactly how this movie ends (because I had seen the preview in juvenile court), I pled guilty to ADW and being in a gang so that I could go home and finish high school. At the moment I was about to plead guilty to something where I was innocent, I promised my family that no other immigrant, underprivileged, poor, or underrepresented person would have go through something like this alone again simply because they didn’t know any lawyers or couldn’t pay themselves out of this two-tiered system: one for the rich and one for the poor. From the time I was 17, I had the singular focus of being a public defender.

After completing undergrad at UCLA and law school at UC Berkeley, I had to wait two years to practice with the Public Defender due to that strike I pled guilty to so many years ago. The office set me up with a job at a law firm until I could be hired back. First time I learned of PD loyalty and not the last. Side note: PDs are a unique breed: you’ve gotta have a bit of a rebellious streak, they’re often quirky but fiercely loyal.

I was hired in 2012 into my dream job! But unfortunately, that was not my last encounter with police. I was stopped by police in early 2013. There had been a burglary down the street in Koreatown where I lived at the time. I was walking home and two officers said I “matched the description”. The suspect was Korean and apparently speaking on the phone in Korean, according to eyewitnesses. I’m Taiwanese and don’t speak Korean, but cops didn’t care. Indeed, cops at the time told me they knew I wouldn’t just be smoking a cigarette on the street after a burglary and just needed my ID to check for warrants. Upon pulling out my wallet, they saw my Public Defender ID card. Cops walked off to talk. After five minutes of private conversation amongst themselves, the two cops came back to me and said I was under arrest for burglary. Took me to a field show up, shined the light on me, handcuffed behind my back, looking guilty as sin, and asked the witness if I was the guy. Witness says yes. I turned around and told the cop: “Fuck this and fuck you. If you have a problem with my job because I protect people you guys fuck with every day, take off your badge and gun, and we’ll settle this shit.”

I was originally charged with that burglary down the street and obstructing/delaying/resisting arrest for the two cops who I essentially challenged to a fight. Mature? No. Would I do it again? Yes. Was my response a culmination of bad experiences with police? Probably.

The cops tried to arrest me for felonies, and to the DA’s credit, they rejected it and told me personally it was a completely bogus case.

At my job, I was in a misdemeanor rotation at the time. There was one city prosecutor who I told on multiple occasions was the most unethical, dishonest, shady person I’d ever met. He personally filed the case and added four additional unfounded charges hoping to extract a plea from me. I wouldn’t fall for it again. I went to trial on seven counts and was ultimately convicted on one count of obstructing/delaying/resisting arrest.

I testified truthfully and told the jury I said to the cop, “Fuck this and fuck you. If you have a problem with my job because I protect people you guys fuck with every day, take off your badge and gun, and we’ll settle this shit”. The eyewitnesses exonerated me on the other charges. The jury got it right and convicted me of only that one count. Under the law, that’s indeed a violation of Penal Code 148. I disagree with the law, but the jury did follow it and got it right. The officer who committed the most egregious perjury is now a Sergeant.

My office kept me employed the entire time, I had my normal responsibilities and have moved up like every other lawyer would have. They were loyal to me and I’ll forever be loyal to them.

For so long, my colleagues and I have been looked at with disbelief and even ridicule when we tried relaying our clients’ account of lying police, abusive police, racist police, and police who’d frame people, especially poor people with no connections, just because they could. It’s encouraging with the shifting tide of social justice and that the general public now has a better understanding of why criminal justice reform is so critical, but it doesn’t make up for the countless dreams and lives already destroyed. I was the lucky one, but am also keenly aware I’m in the minority.

Alright, so let’s switch gears a bit and talk business. What should we know?
The Los Angeles County Public Defender’s Office represents the majority of community members charged with a crime in LA County. Many of our clients are mentally ill, homeless, self-medicate with drugs, or all of the above. We do not care about your background, socio-economic or immigration status; all that matters is that we will zealously advocate for your rights and stand with you when nobody else has.

I truly believe it is the finest client-centered criminal defense firm in the nation, providing a beacon for evolutionary and revolutionary changes in the justice system.

I am a trial attorney in the Central branch of the office, specializing exclusively in felonies ranging from simple drug charges up to murder. Prior to this rotation, I have been assigned to various other courts in Alhambra, East LA, Pasadena, Compton, and Eastlake Juvenile Court.

I think spending time myself in Eastlake Juvenile Court and Alhambra Court as a defendant, in addition to being an inmate at Eastlake Juvenile Hall and Men’s County Jail gives me a unique perspective and untrainable sense of empathy for my clients, their fears, hopes, and dreams. It is no different than anybody else’s and we can sometimes lose track of that. I believe my own experiences won’t permit me to ever forget it.

I hope your readers understand that the attorneys of the LA County Public Defender are some of the very finest and well-trained trial lawyers in the nation. I wouldn’t want anybody else representing my own family or friends.

So maybe we end on discussing what matters most to you and why?
That’s a tough one. I don’t want to sound like it’s just all work all the time, so I’ll answer both career-wise and personally.

Workwise, what matters to me is being an advocate for my clients when nobody has stood up for them before and being a voice when they previously didn’t have an opportunity to be heard.

Personally, it’s taking care of my parents now that they’re in retirement and finally able to enjoy the fruits of all those years of hard work. Also, channeling my inner-Bourdain to see and eat in as much of the world as possible. I’ve always enjoyed this Mark Twain quote, which seems as applicable now as it was then:

“Travel is fatal to prejudice, bigotry, and narrow-mindedness, and many of our people need it sorely on these accounts. Broad, wholesome, charitable views of men and things cannot be acquired by vegetating in one little corner of the earth all one’s lifetime”. 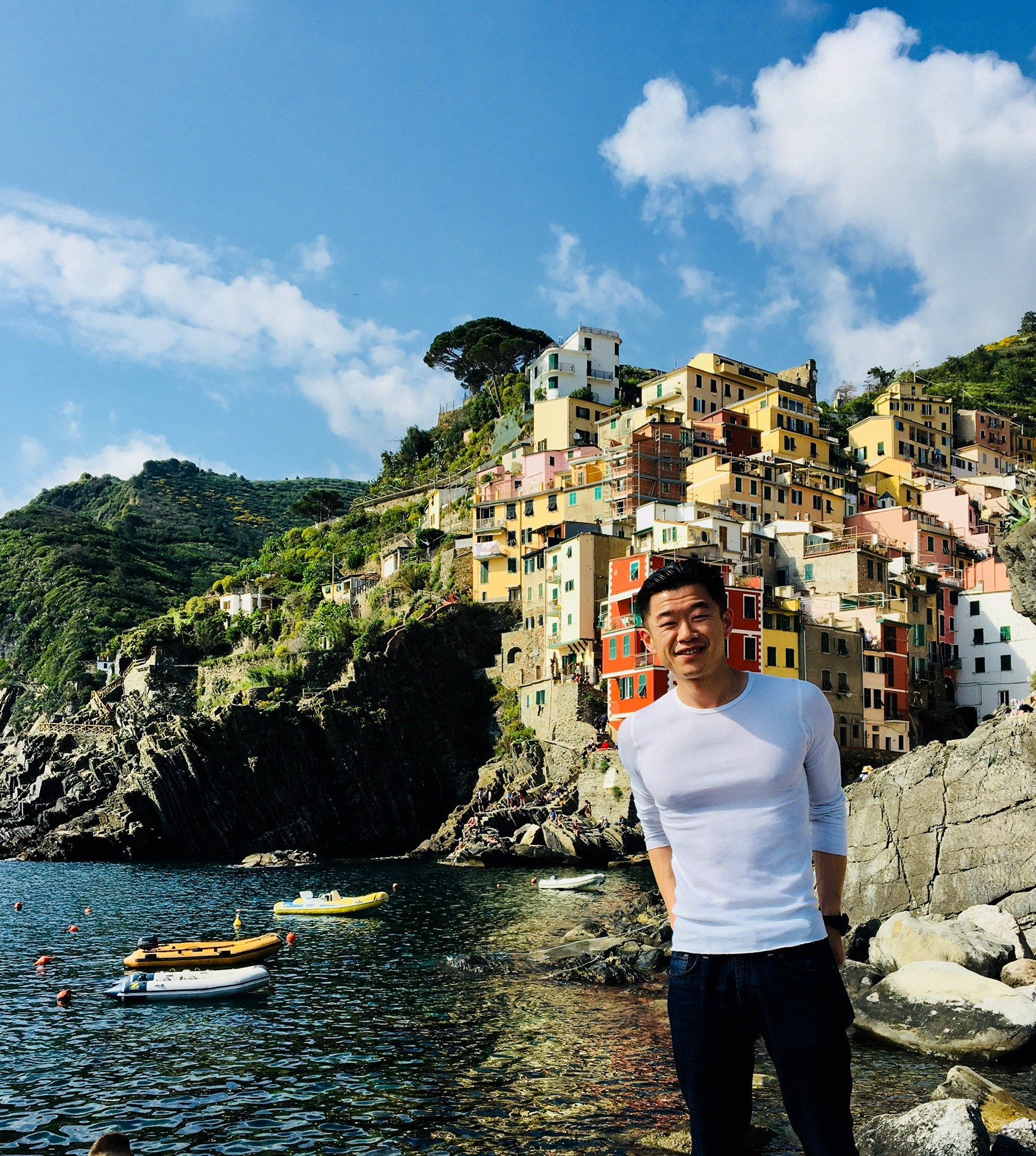 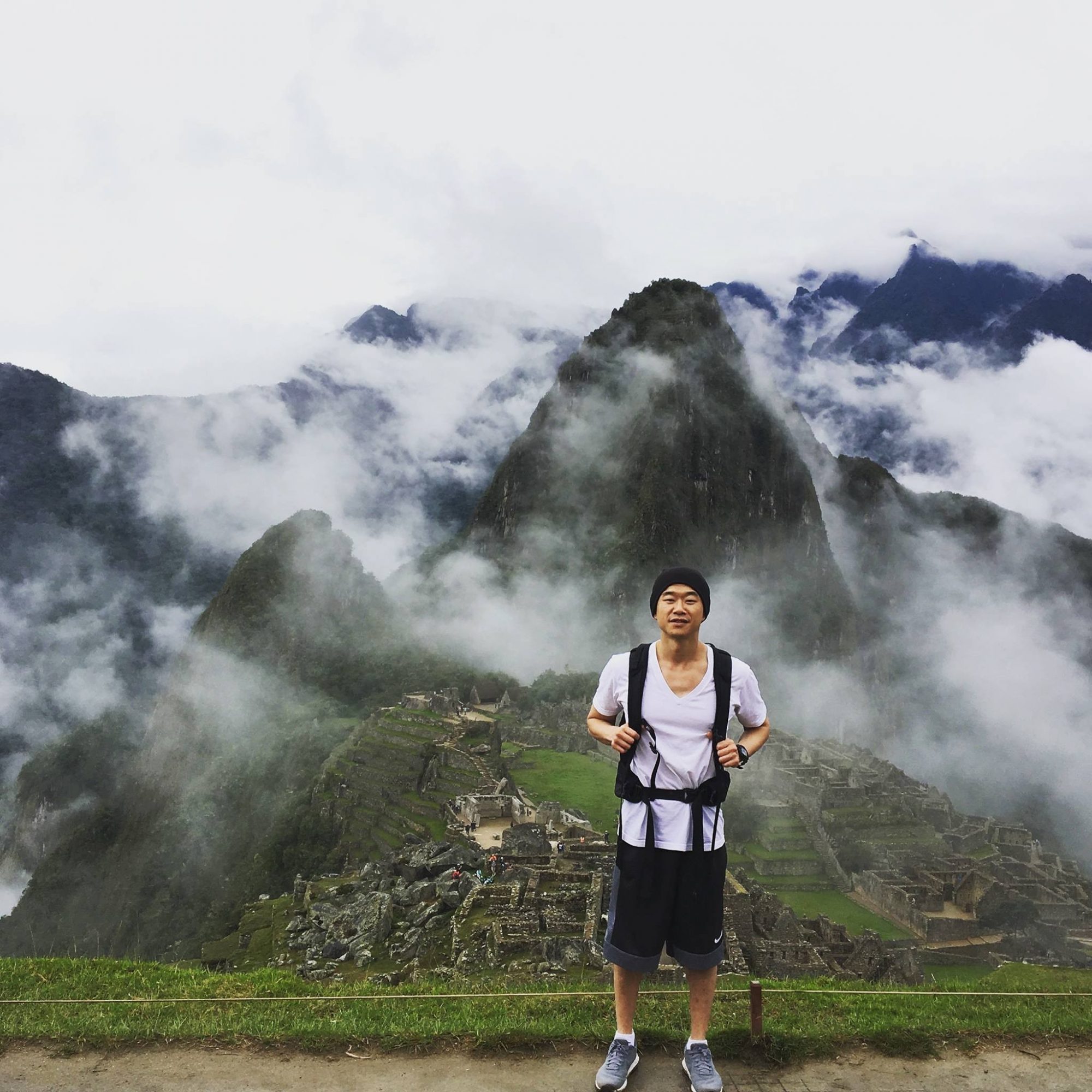 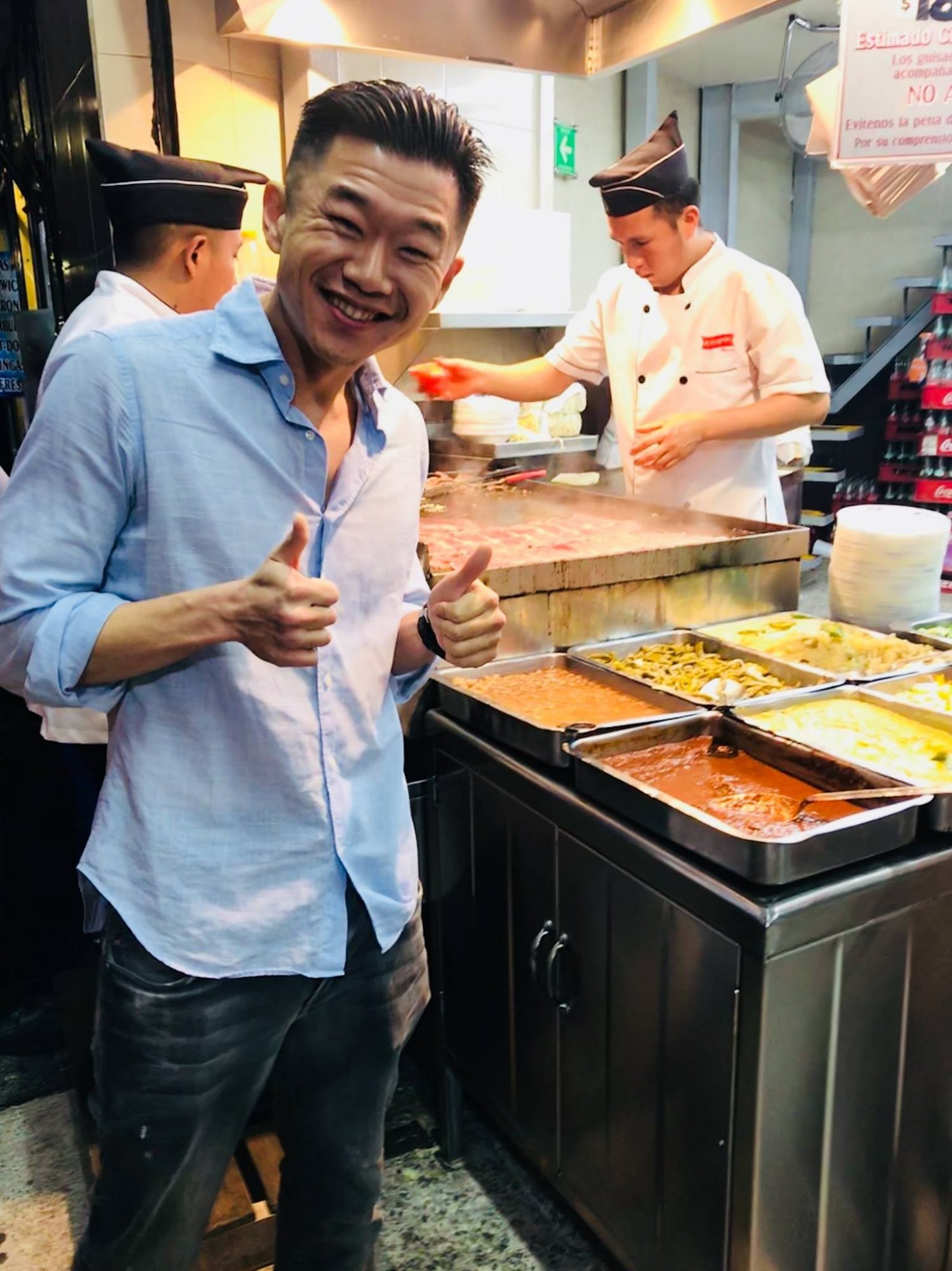 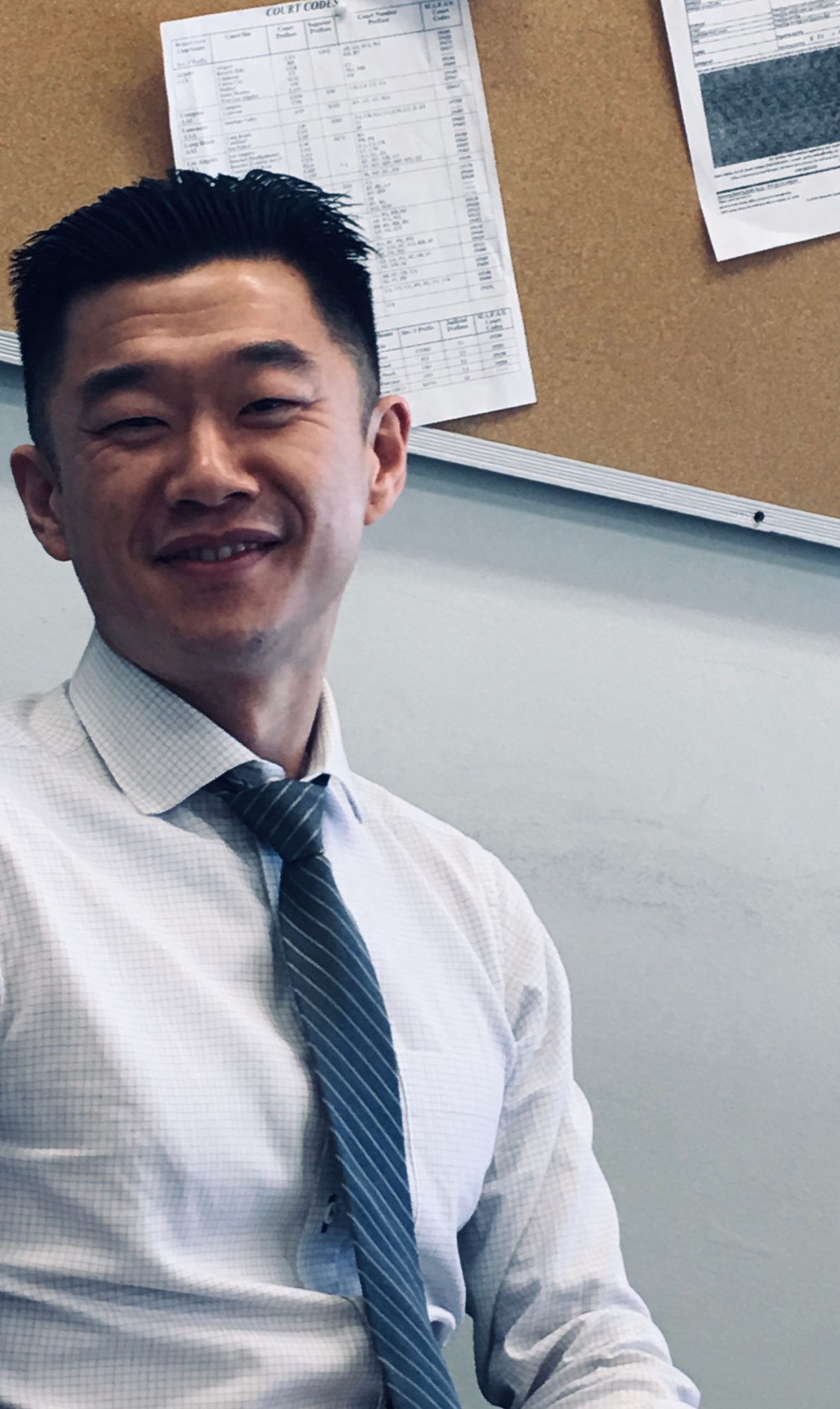 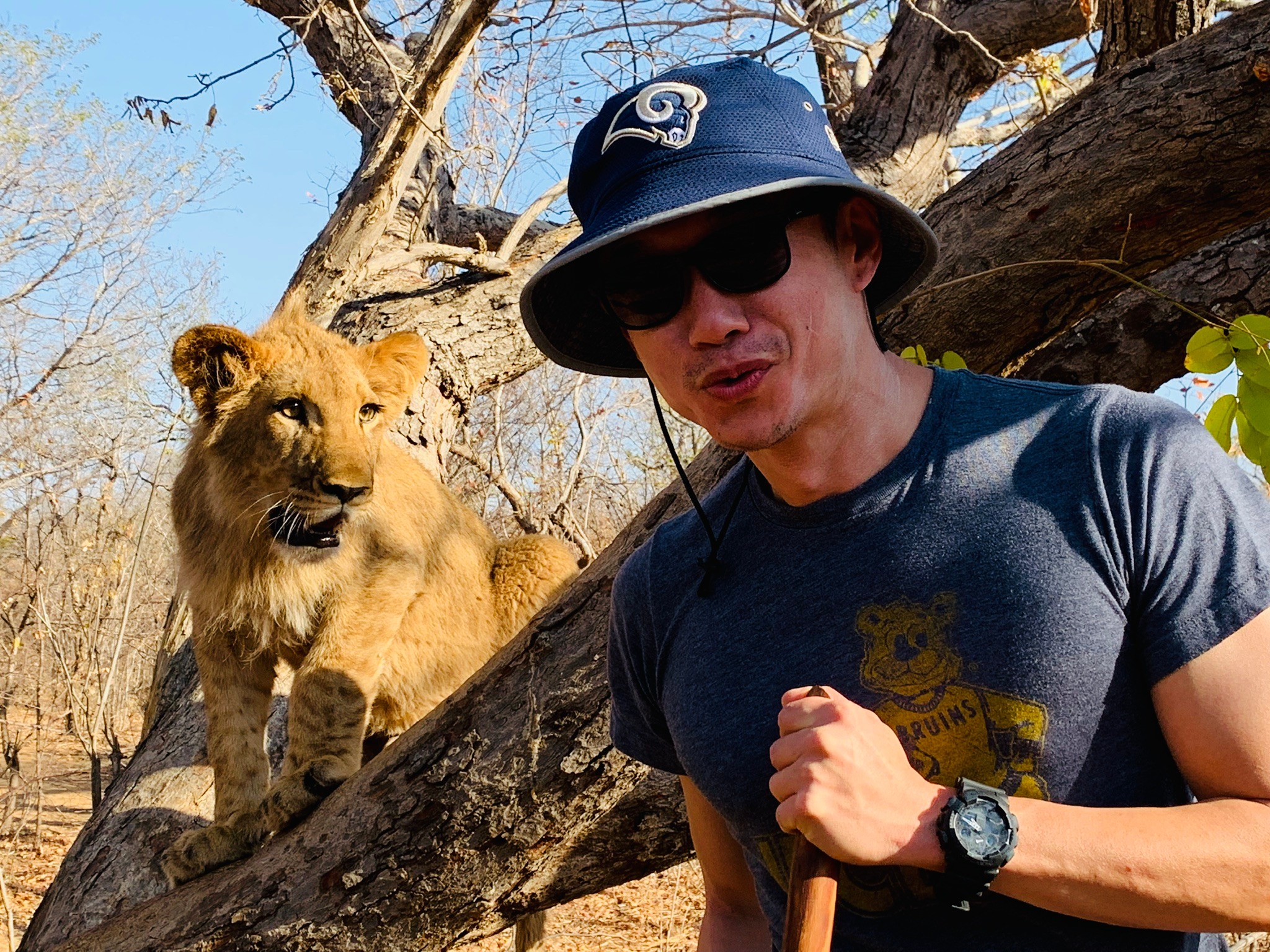